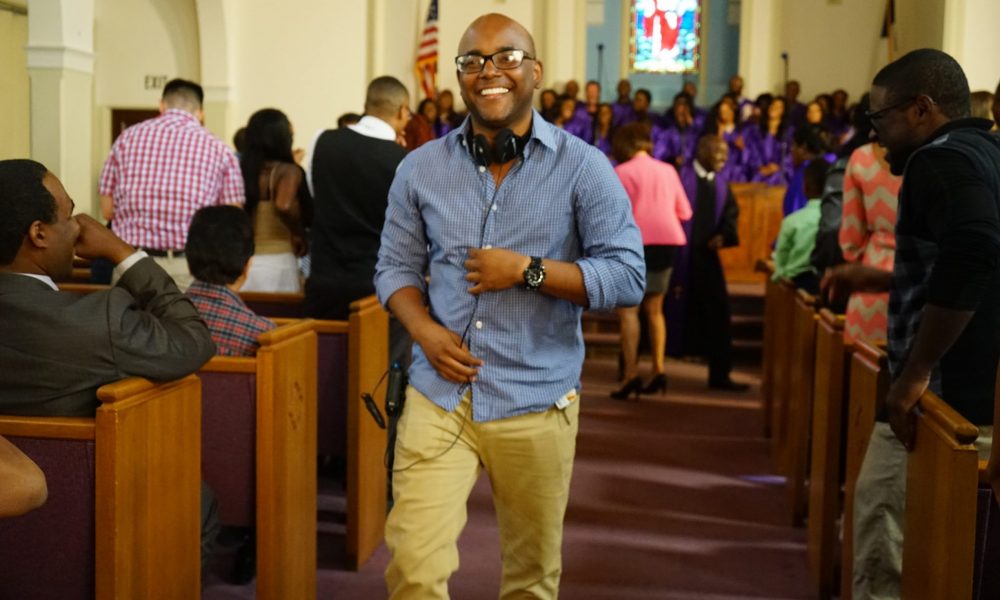 Today we’d like to introduce you to Trey Haley.

Trey, let’s start with your story. We’d love to hear how you got started and how the journey has been so far.
I always knew I had a knack for the arts. growing up in North Texas (born and raised in Arlington, TX) I played the viola, trombone and keyboards by ear. I initially thought I’d ultimately be in the music business, but my junior/senior year of high school, I started to find a huge fascination with the process of creating movies. I was amazed how movies were put together and intrigued with the position of what a Director does. After high school, I attend the Univ of North Texas and majored in Radio/TV/Film. While in school, I landed an internship at the local cable company and eventually hired part-time as a Cable Programmer. My job duties were to make sure all the commercials and local shows aired on time during the evenings every week. I was also, able to shoot local events and edit a lot of the small spots with the station. Being in this environment and editing my own projects on the edit bays, let me know that this is the world in which I wanted to play.

After attending several film festivals and filmmaker events in Texas it was inevitable for me… I need to move to Los Angeles if I really want to take this seriously. Moving here was a true leap of faith. I didn’t know anyone in the entertainment business when I moved to LA. But, as soon as I saw the Hollywood sign, movie studios, crews and production trucks all over the city. I was in the right place and eventually, I would meet the right people.

I started attending film festivals and took a few film classes at LA City College. I figured this would be a way to meet other aspiring filmmakers. Within the first few months, I also met my current business partner N.D. Brown at a local popular monthly short-film series that was going on in the Leimert Park area called: ‘Doboys Dozens. Over time, N.D. became instrumental helping me make some of the short films I was making. N.D. produced them while I directed them. Soon, we realized we worked great together and decided to create a production company that would produce films that empowered people of color and women in front and behind the scenes. We decided to name it Tri Destined Studios. Our motto: “Destined To Change The Perception of the World”. We bought a digital video camera, boom mics, editing software etc., etc. and made our first indie film called ‘Room For Seven’.

While building our company I also did PA work and shadowed a well-known music video director by the name of Darren Grant. I also ended up landing an internship with Morgan Freeman’s company ‘Revelations Entertainment’. Here, I was able to see first hand how an established production company would run.

Over the years, our company has produced a lot of content and we added on another partner to the company, Gregory Anderson (writer of Stomp The Yard), who is President of Films at Tri Destined Studios. We now have a team of industry professionals at our company and an environment where we are now averaging around 2-3 films a year. Teamwork makes the Dream-work.

Overall, has it been relatively smooth? If not, what were some of the struggles along the way?
It definitely hasn’t been a smooth road but I never expected it to. I understand that building anything takes time and mistakes are often part of the process. Sometimes, you just don’t know what you don’t know until you face it. Understanding distribution, how to locate investors for your projects and just navigating this ever changing the industry, in general, can often be a challenge. What we found is if you create your own lane and unique brand, stay consistent and add value to peoples lives… you will go far.

Please tell us about Tri Destined Studios.
I’m the President of the company and I’m also a director and occasionally a producer on our films.

Tri Destined Studios was founded in 1998 to provide world-class film, television and multi-media productions that empower, entertain and inspire urban/modern America and beyond.

The next two films we have on a slate to produce will be a high school holiday film called ‘Throwback Holiday’ and a rom-com written by Yvette Nicole Brown (star of Community & The Mayor) entitled: ‘Always A Bridesmaid’. I will also direct both of them.

What sets us apart?
As Partner of Tri Destined Studios, I’m surrounded by a great team that includes N.D. Brown (Partner/CEO) & Gregory Anderson (Partner/President of Film) and Veronica Nichols (VP of Production and Development). I believe our team along with our diverse production team that assists us with making our films is one of the things that sets us apart. Also, our ability to collaborate with others and our ability to empower people in front and behind the scenes. We create projects that are often a void in the marketplace and often assist other production companies to fill in the gaps where it’s needed. We have multiple production partners, investment partners and distribution outlets that give us a unique position as an indie film company to create multiple projects each year.

A proud moment for me?
The film ‘The Man In 3B’ which as a great achievement for us in the marketplace. I would also say our first film ‘Room For Seven’. It showed us what we were made of. With that movie, we saw the power of what happens when you step out and create an opportunity for yourself.

As we continue to expand and grow, I often keep this quote by Les Brown in the forefront of my mind, ‘If you set goals and go after them with all the determination that you can muster, your gifts will take you places that will amaze you’.

If you had to go back in time and start over, would you have done anything differently?
The only thing I believe I would do differently if I had to start over would be, to prepare myself better for the distribution process of the movie business. There are so many factors that go into getting your film to the marketplace. The key is to be truly aware of the end goal before you make your project. A lot of the time, people go into business (especially filmmakers) without a specific game plan for their projects and don’t quite end up with the result they wanted on the distribution side. Knowledge is power. 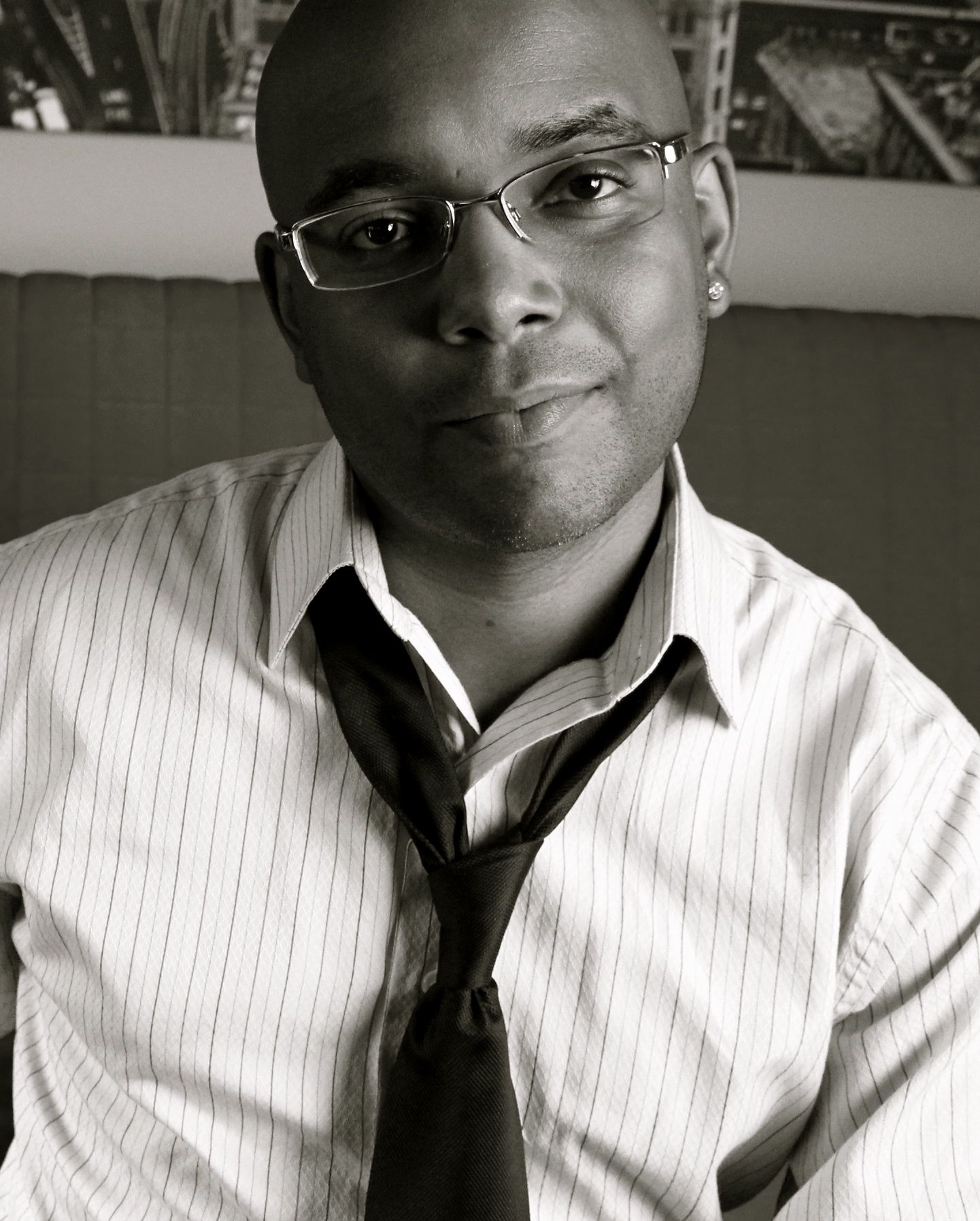 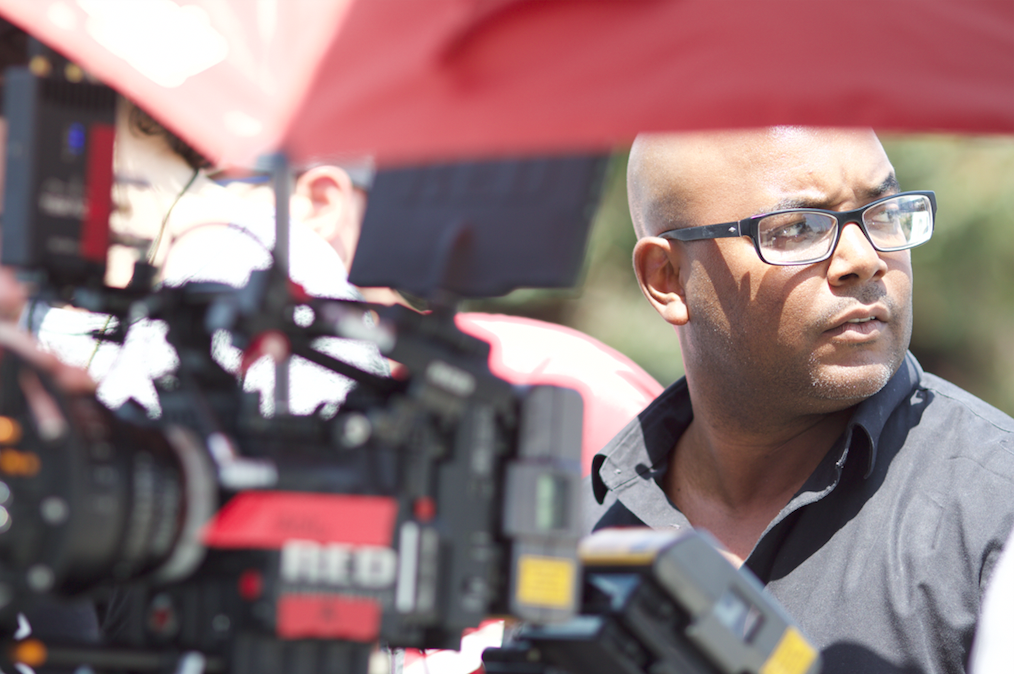 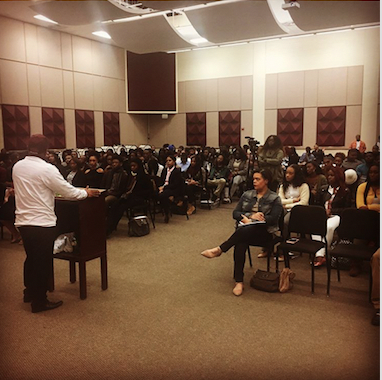 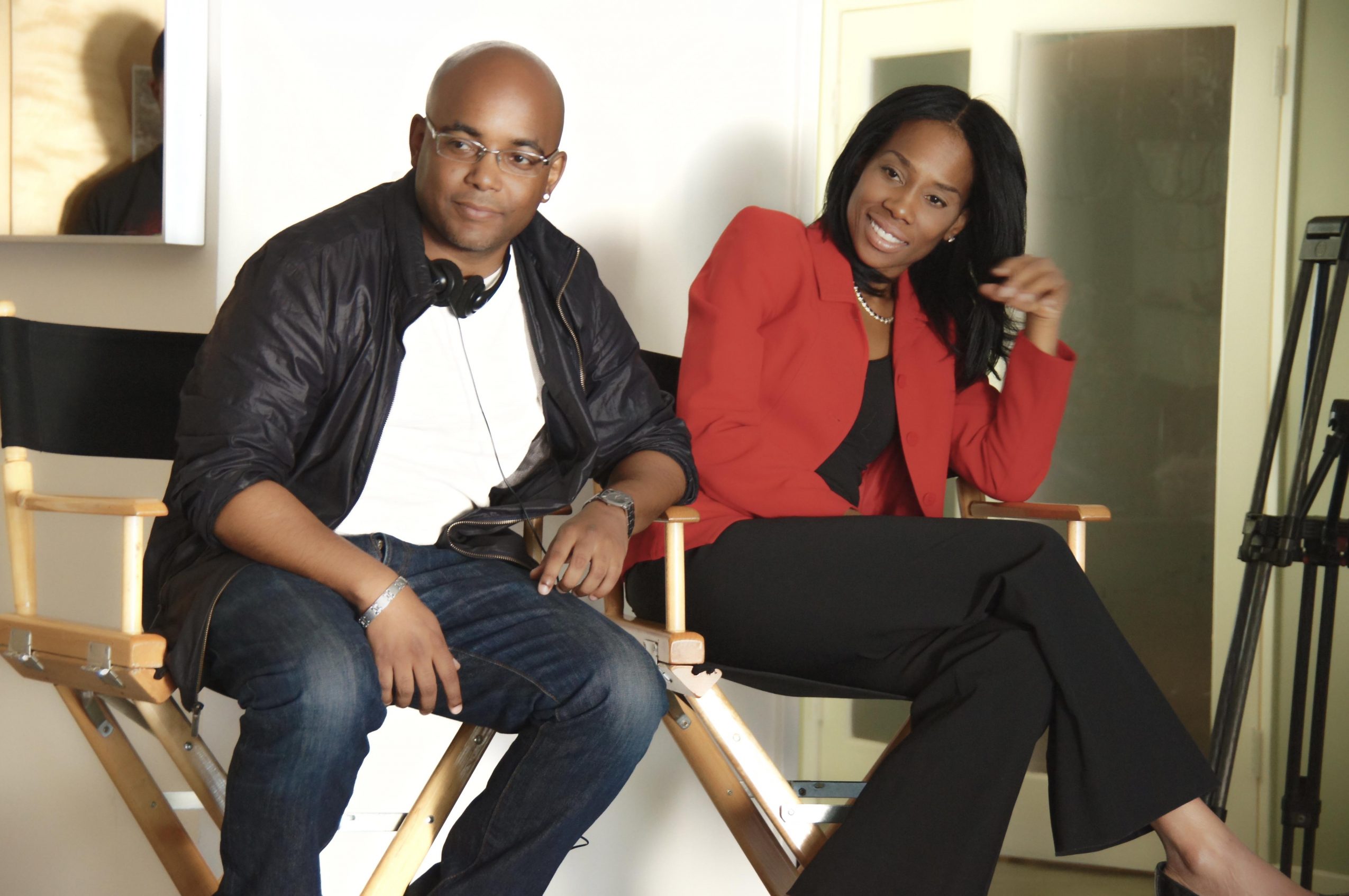 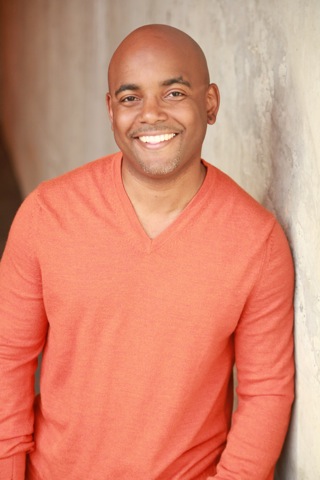 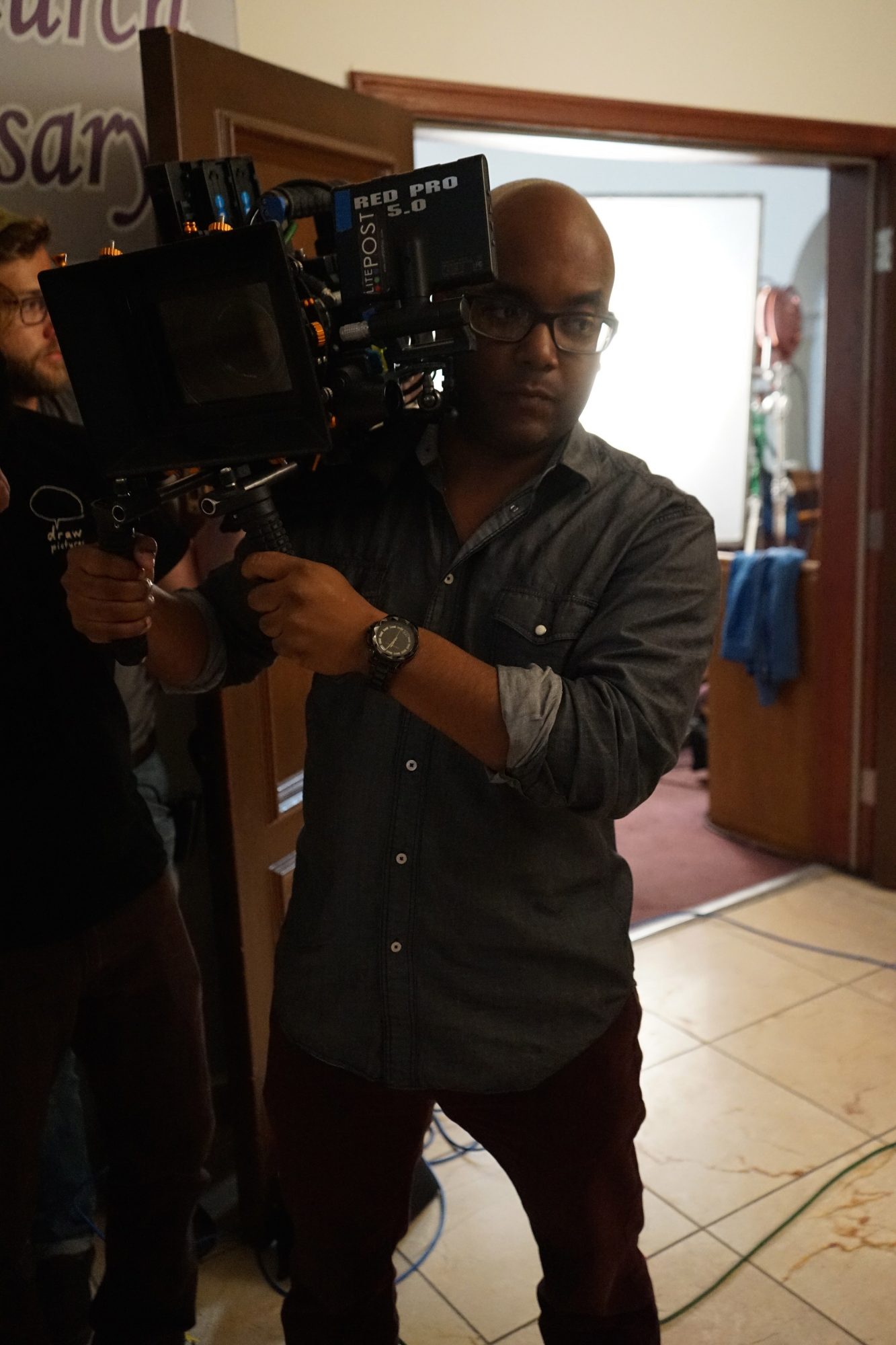 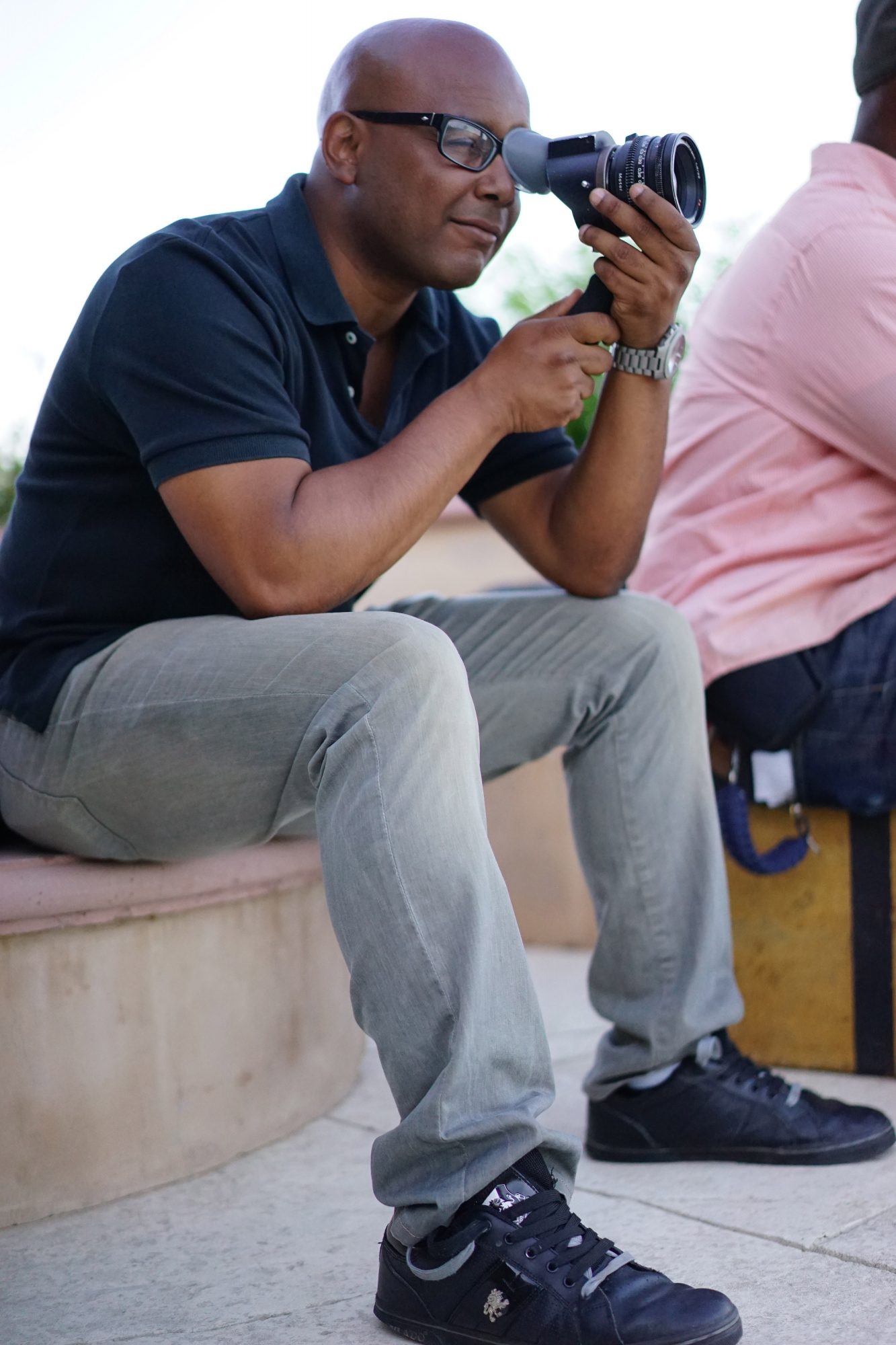