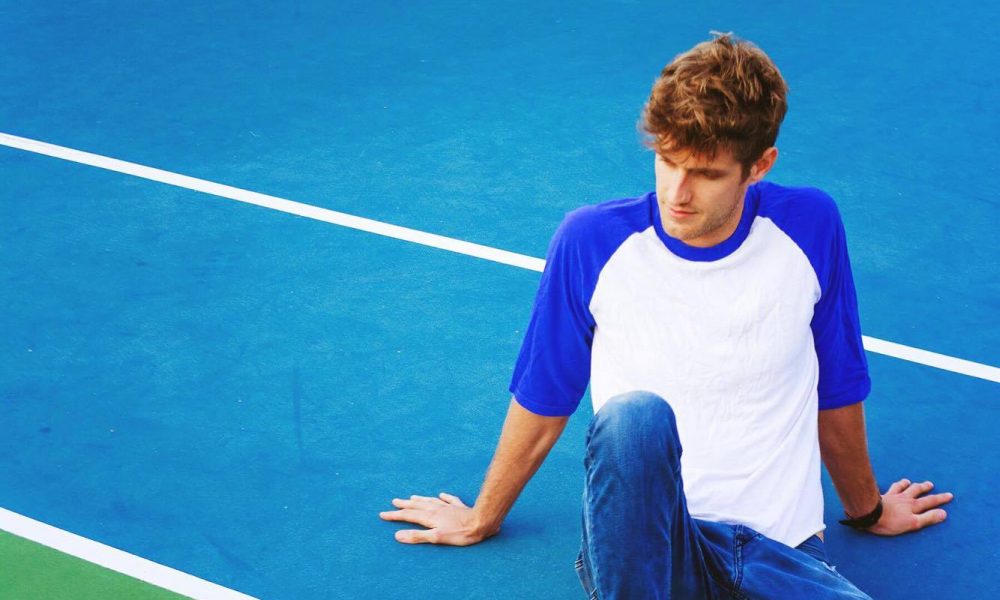 Today we’d like to introduce you to Trent Bower.

Trent, before we jump into specific questions about your work, why don’t you give us some details about you and your story.
I’m a singer-songwriter/producer based in Los Angeles. My artist moniker is Bower, which is also my last name. I grew up in Miami and started playing music around ten years old. My father played drums and so that was my first instrument but eventually, I went on to learn guitar, bass, and piano as well. Growing up, I filled most of my time playing in bands and surfing. Before moving to L.A., I lived and studied Jazz in New Orleans.

During my first few years in L.A., I toured as a musician with notable pop and indie artists such as Vance Joy, Amy Shark, and Jaymes Young. I had a blast on those tours, really enjoying my first taste of the music industry on a global level, but I also wanted to focus on my own music. In 2018, I released my debut E.P., Rookie Card and supported Amy Shark on the California leg of her World Tour. 2019 followed with new singles’ Sleepers’ and ‘Won’t Be Long’ as well as more shows, including one-offs in NYC and Miami. I kicked off 2020 with my first show overseas in Melbourne, AUS and donated all the proceeds to the Australian Bushfire relief effort. I also just released a new single called ‘Queen of the Weekend’ which I’m really excited about.

We’re always bombarded by how great it is to pursue your passion, etc – but we’ve spoken with enough people to know that it’s not always easy. Overall, would you say things have been easy for you?
The journey has had a lot of ups and downs, as any good one does. I never knew how it was going to unfold, but I stayed dedicated over the years and just hoped hard work and focus would pay off. The transitions have always been the hardest times, for example, moving to a new city or changing up how I want to pursue my career.

My first year in New Orleans was particularly difficult. I was broke, barely knew anyone in the city, and was getting my ass handed to me at every jam session. To say their culture is unique is an understatement. The styles, language, and context were so different from what I was used to. It felt hopeless at times and I really didn’t know where I was going, but I just convinced myself if I could stick it out, I’d be better for it. It took years of practice, but eventually I figured some things out and created a life I loved there.

Moving to L.A. was a bit easier only because I was lucky enough to find good touring work somewhat quickly. My tougher times came later when I decided to pull back from touring and focus on recording and releasing my own music. I transitioned from minimal responsibility, steady pay checks, and constant traveling to staying home, scraping together whatever freelance work I could find in town, and focusing all my free time on building my own project from the ground up. It was hard not to think about how I had willingly down graded but it was a necessary risk to invest into what I wanted long term and that’s to find success with my own music. It’s been steadily building over the last couple years and I feel like I’m on an upswing, so there haven’t been any regrets.

We’d love to hear more about your work.
I’m sort of a jack of all trades. I write, record/produce, play drums, bass, guitar, keys, and sing. I often change what instrument I’m playing from show to show. Even stylistically, I tend to jump around a lot. I’ve loved and studied so many things over the years including Pop, Rock, EDM, Ska, Reggae, Latin, Jazz, Funk, Blues, R&B and HipHop. Honestly, there are more. I use all of these influences when making music and feel like I’ve still done a good job of maintaining a consistent identity from song to song no matter which styles I lean into.

What were you like growing up?
When I was growing up, I was always very outgoing or, as my teachers would say, hyperactive. A bit of a class clown, but I meant well and stayed out of serious trouble. I loved drawing, playing outside, and watching movies. I have a knack for remembering dialogue from movies and would love reciting lines on the fly with my friends. Even to this day, if I watch a random movie I haven’t seen in over ten years, I suddenly remember the lines and say them in my head… sometimes out loud if I want to be annoying.

As a teenager, I began spending all of my time playing music and surfing. I started my first band when I was 13. We played at the middle school dance. Most of my close friends were people I played music with. My other love was the ocean and I spent a lot of time in it growing up in Miami. I was a lifeguard in high school and later worked on South Beach, giving surf lessons.

I think I’m still really similar personality-wise. Most of my interests are the same too. I spend pretty much all of my time doing music and surfing here in L.A. 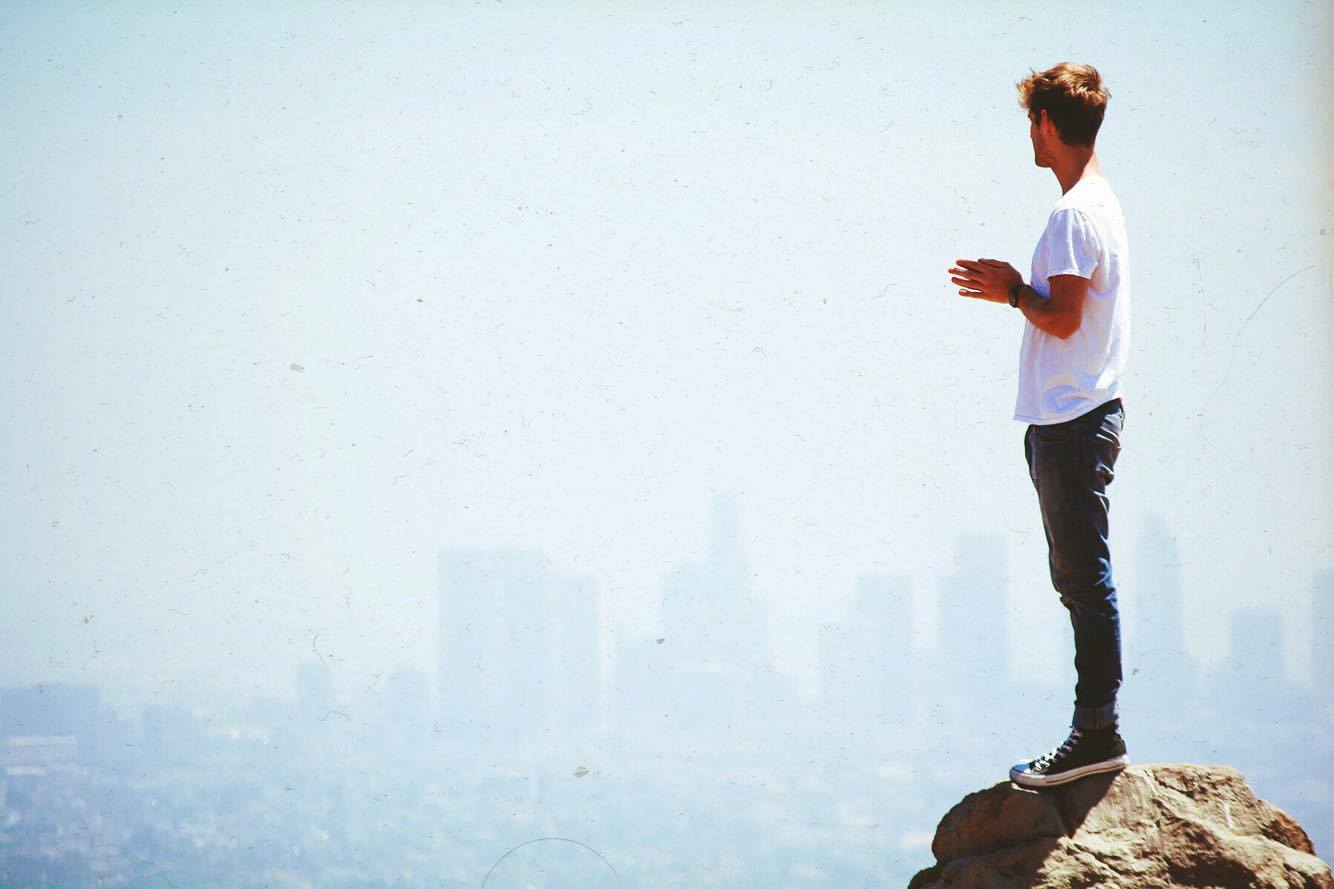 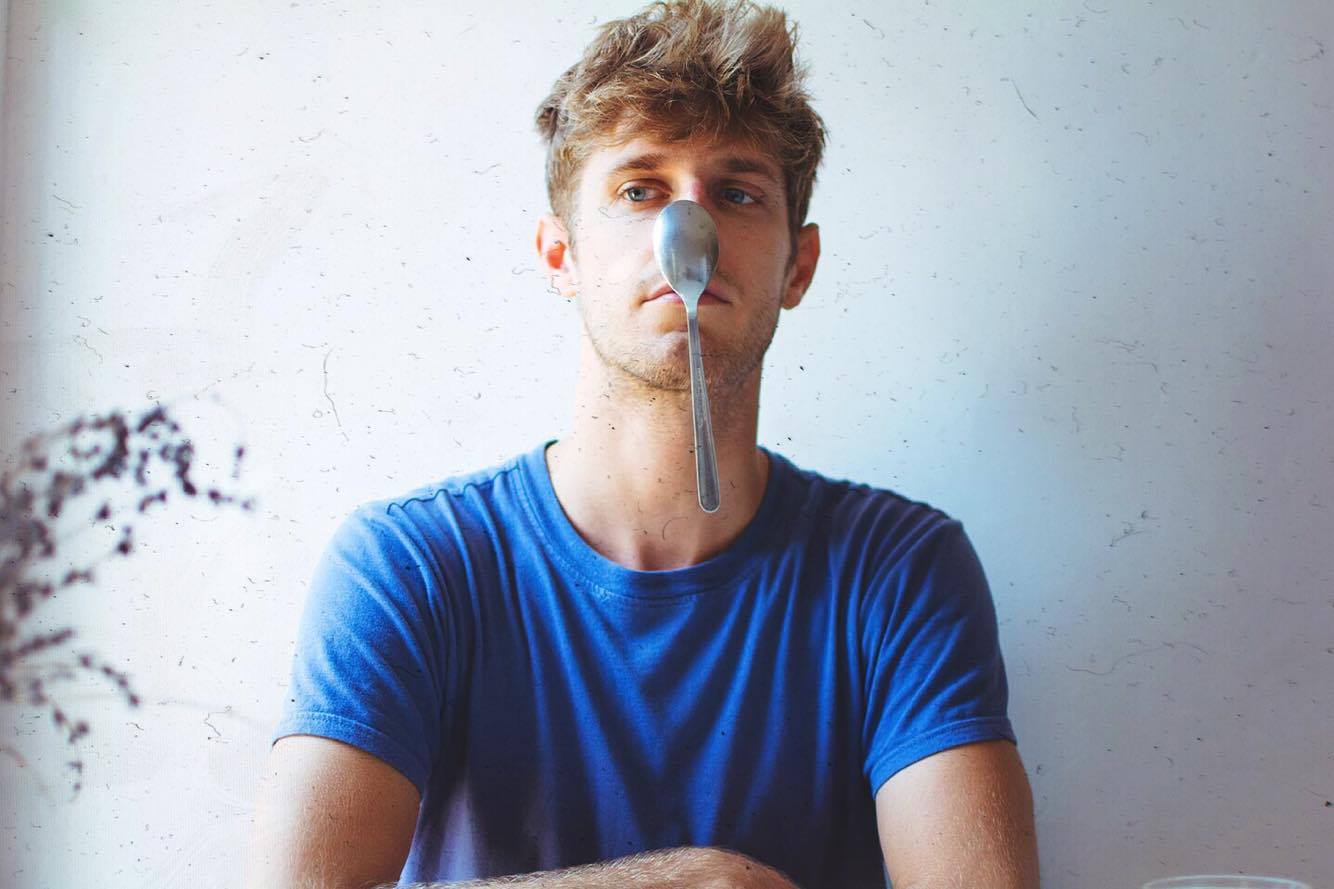 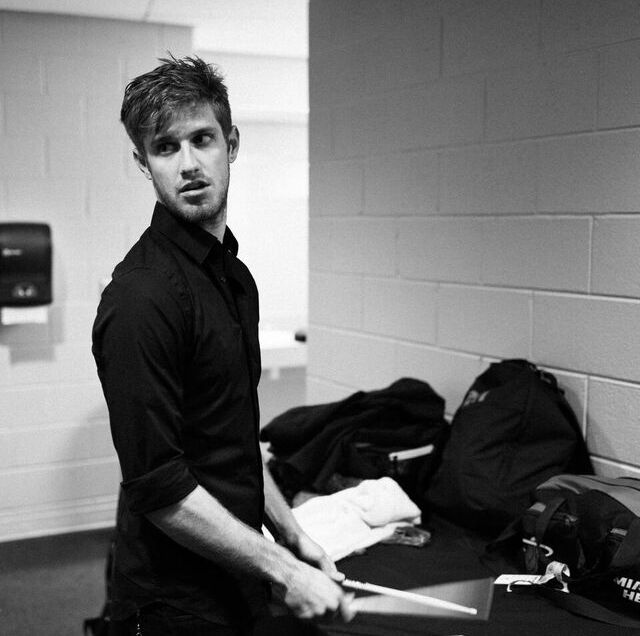 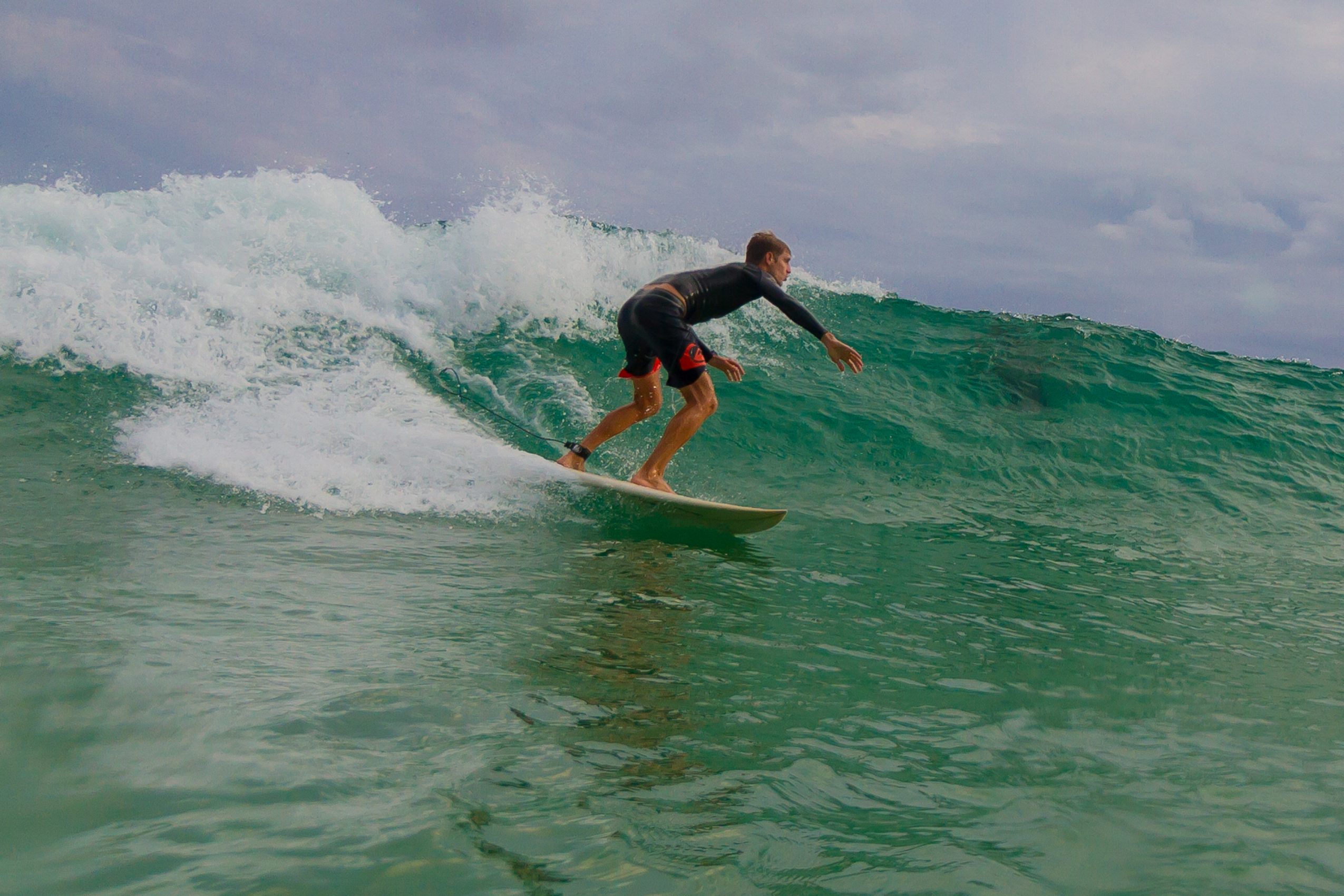 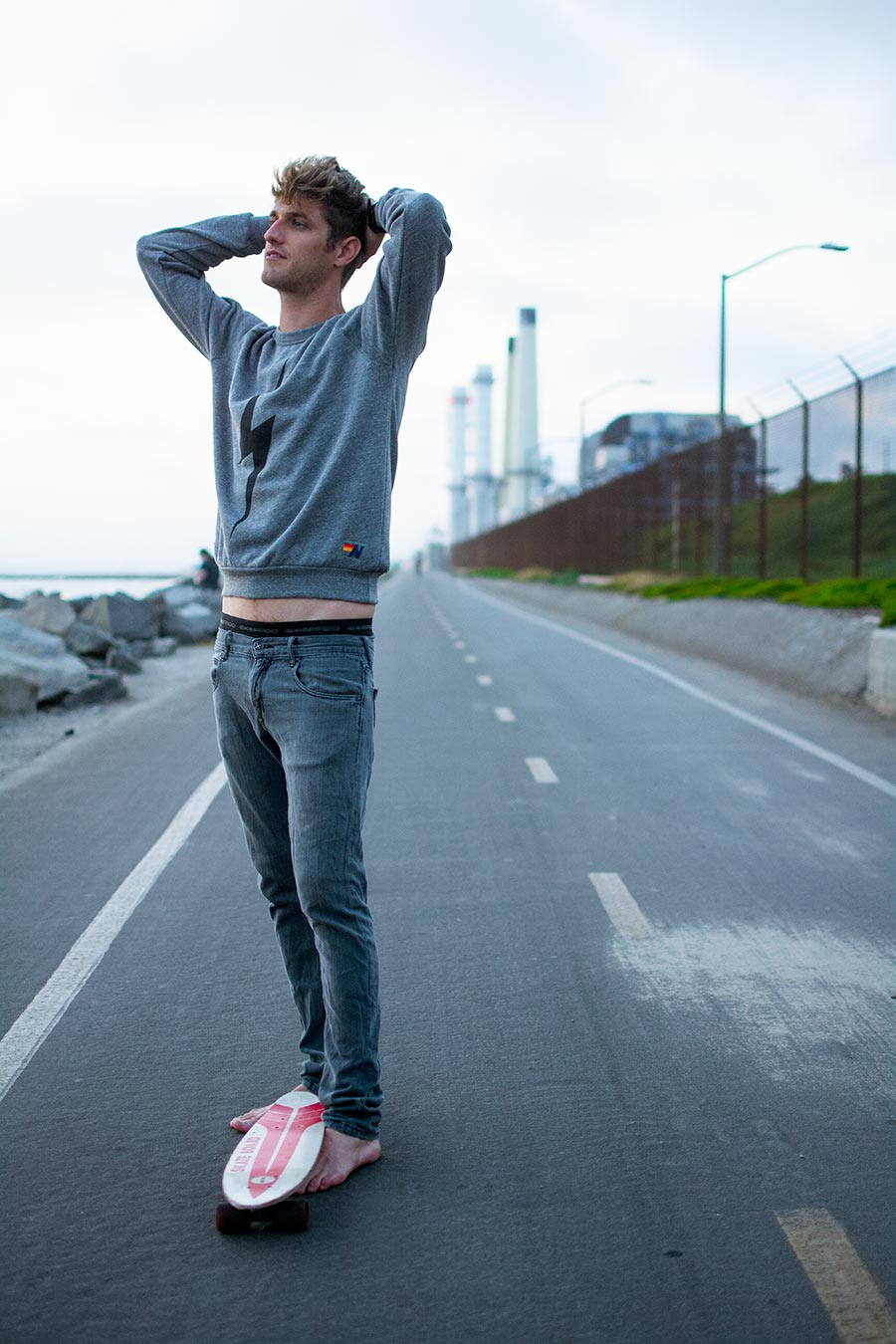 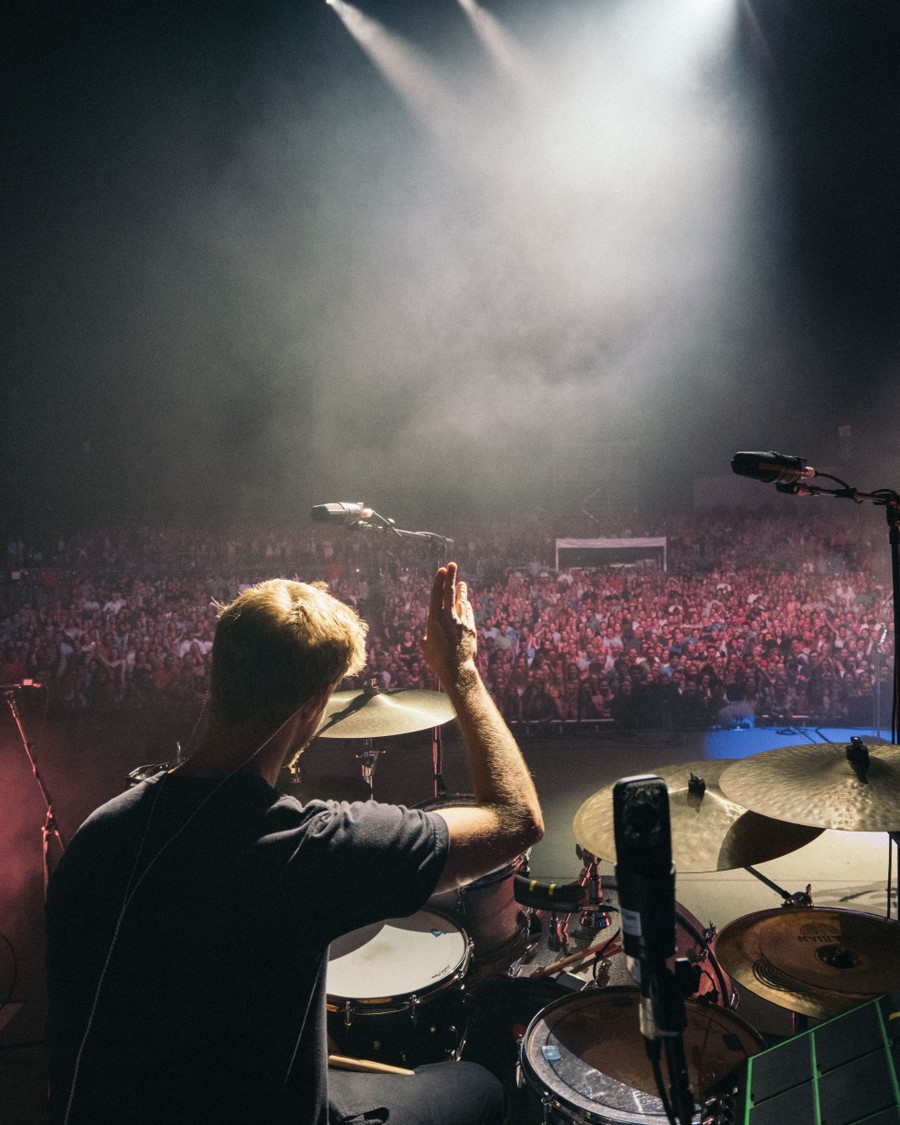 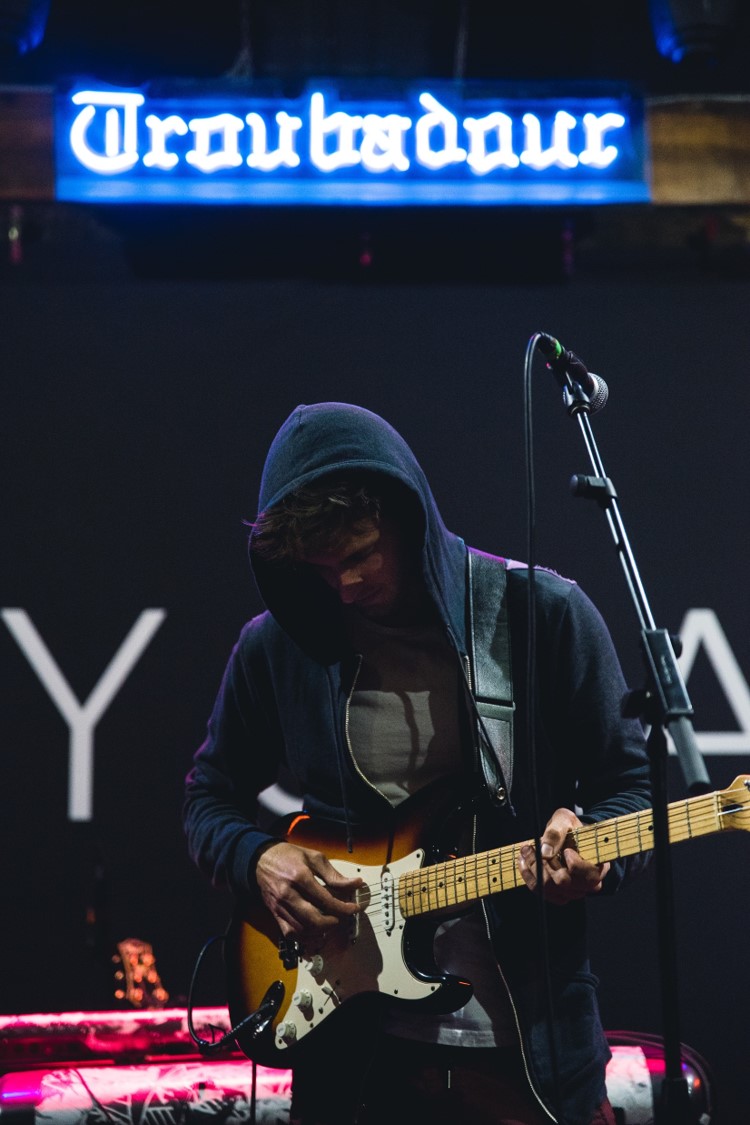 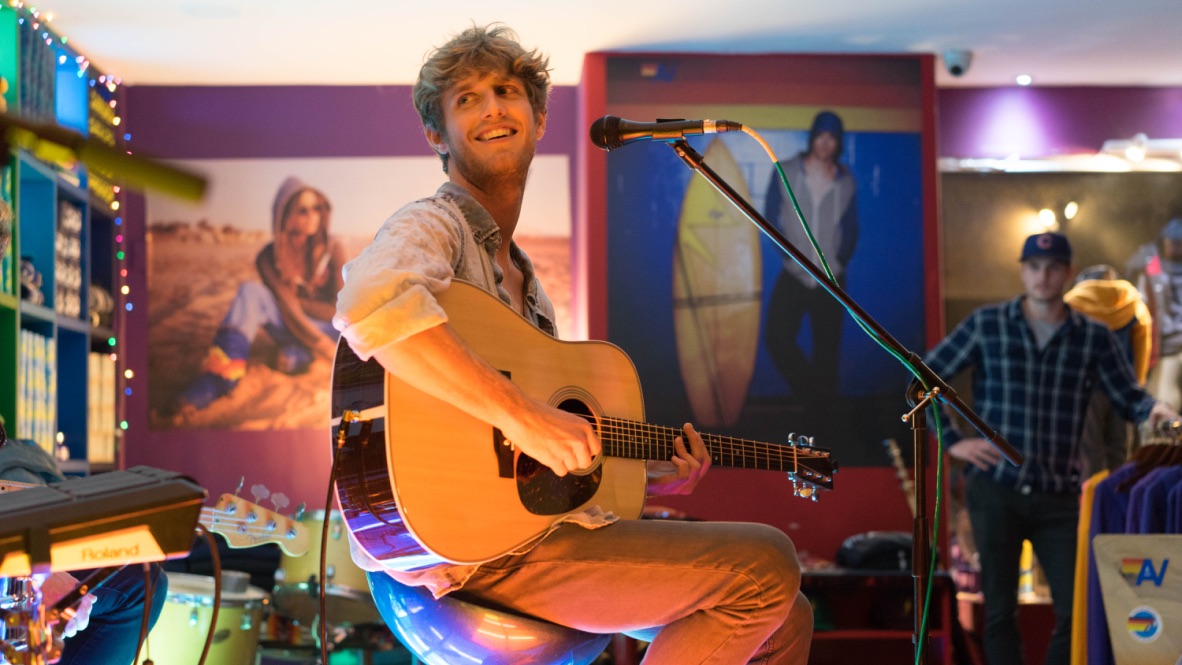