Today we’d like to introduce you to Travis Weinand.

Travis, please share your story with us. How did you get to where you are today?
I began playing music and painting when I was very young. Piano lessons started at 6 years old, then I started guitar lessons at 8, I took two guitar lessons, then decided to teach myself. At the time, I had a singular focus, to write heavy metal music. It was around that time I also began drawing. I had realized that all I wanted to do was create. Soon enough, I began writing lyrics, poetry and short stories.

Once in high school, I met other musicians and artists who were as passionate about creating thought provoking music and art as I was. Most afternoons after school were spent writing and rehearsing. We were dedicated to learning as much as we could, and we fed off of each other in what would result in no fewer than a dozen different musical projects of varying styles and genres. While the majority of my friends were focusing on going to college for music, I decided to pursue art.

I got a degree in Graphic Design, but decided my heart wasn’t in it so I went back to school to get my Bachelor’s in Fine Arts. It was there that I really opened myself up to the possibilities of art, realizing there are no limits but the self-imposed ones when it comes to the creative spirit. As I was studying art, my bandmates and I had really begun to push the boundaries of what we were capable of musically. I was the bassist and vocalist for the band Tetsuo. We were writing technical death metal epics that took me upwards of two months of intense study and practice to be able to play on the bass. It was a painful, yet very rewarding experience, especially when the songs were performed live. Seeing and hearing the reactions from the crowd was always my favorite. There were a lot of “How do you guys do that?!” moments.

After releasing two albums with Tetsuo, and writing a third (unfortunately never recorded) I began playing various other groups of differing styles. Time is Like a Sword was a mind-melting technical metal band that sadly only saw one four track demo released before disbanding, and the other was Burden. Burden is a cinematic doom metal band that originated in Philadelphia. Our purpose was to create massive sonic landscapes with our songs, some of which are upwards of twenty minutes long. When writing, the momentum, movement and narrative of the sounds had to match perfectly with the lyrical themes within. It was a sometimes painfully slow process, but artistically it is the most satisfying project I have ever been a part of. We released two one-track EPs “Moon” and “Drought Whore” and two full-length albums, a self-titled, and our magnum opus “Withovt”. Over two years of laboring over nearly every note went into writing Withovt. And what resulted is a 74 minute concept album loosely based on Stephen King’s “The Dark Tower” series. It is quite a sonic journey, one I am still surprised at the scope of when I listen to it now, nearly 5 years after it was released.

Shortly after recording Withovt, my girlfriend and I moved to Los Angeles to seek new adventure and warmer weather. Philadelphia will always be my first love, but I had been cultivating a much more physically active lifestyle, and the year round outdoor playtime was too good to resist any longer. Burden still exists, although we haven’t performed together in over 5 years, which pains me to say that. But Los Angeles brought new musical opportunities. Shortly after moving here, I began playing drums with a fellow east coast transplant in a band called Titan. As a two piece death metal band, myself on drums and vocals, and Pat on guitar and vocals, our mission is to create a powerful wall of metal might that cannot be ignored. We have recently finished our debut album, and are finalizing the details of its release as we speak. It is an extremely intense record, and I can’t wait for people to hear it. The feedback from our live performances has been overwhelming, and I hope that goes for the record as well. I also recently began playing bass for a German death metal band called Cemetery. They were around in the early 90’s and have reformed and are about to release a killer record.

The obvious trend musically for me is extreme metal. It is basically the blood in my veins, and I wouldn’t have it any other way. I know to the outside, mainstream world, it just seems like noise. And as much as I love that reaction, it also makes me a bit sad. The caliber of musicianship, and the dedication to songwriting that a good deal of (not all by any stretch, there is some awful stuff out there) metal bands possess, is staggering. Some of the most progressive, and beautiful music is found in the extreme metal world. I feel so unbelievably lucky to be a part of this craft, and I hope my mind and body are capable of keeping up forever.

That being said, I have also been recording a solo acoustic folk album under the moniker Paper Samurai. I have released two EP’s and this upcoming release will be my first full length. I know that’s a big genre shift, but I do what my heart and hands tell me to do, and they seem to want to play folk music a lot. I’m very excited to share that with the world as well.

There are many bands and projects not mentioned above, too many to get into, and too many for me to even remember. I cannot sit idle, it seems. Not when there is music to be made, and metal to be played.

All the while, I have never stopped painting and drawing. I have been a part of some group shows in Philadelphia, and since moving to LA, have been doing freelance illustration and painting commissions. My style is difficult to define, since I jump around stylistically quite often, but again, I do what my heart and hands tell me to do. I hope to get involved in the mural arts scene here soon. I have been itching to get my work out on the streets and on some big walls.

Overall, has it been relatively smooth? If not, what were some of the struggles along the way?
I would say overall, it has been a fun road. Not necessarily smooth, but the bumps have made it more satisfying. Financially, surviving as an artist that doesn’t work in traditionally lucrative styles has been difficult. I work at restaurants to pay the bills, and often struggle with the question of if I’m doing the right thing. I have walked away from potential careers, and pursued my master’s in Art Education only to realize I couldn’t afford to finish school less than a year away from completion. But through all of that, I kept writing, drawing, painting and performing, growing as an artist and as a person. If it leads to “success” or whatever that is, that’s great. If it doesn’t, at least I didn’t give up or compromise.

Please tell us about Travis Weinand.
I specialize in extreme death metal, digital illustrations, and abstract paintings. I am most proud of what I consider to be a unique view of the world, and in turn a unique presentation of my work, no matter the medium.

If you had to go back in time and start over, would you have done anything differently?
I would have opened a Roth IRA, haha. Also, I would have stuck with piano lessons. Other than that, no regrets. 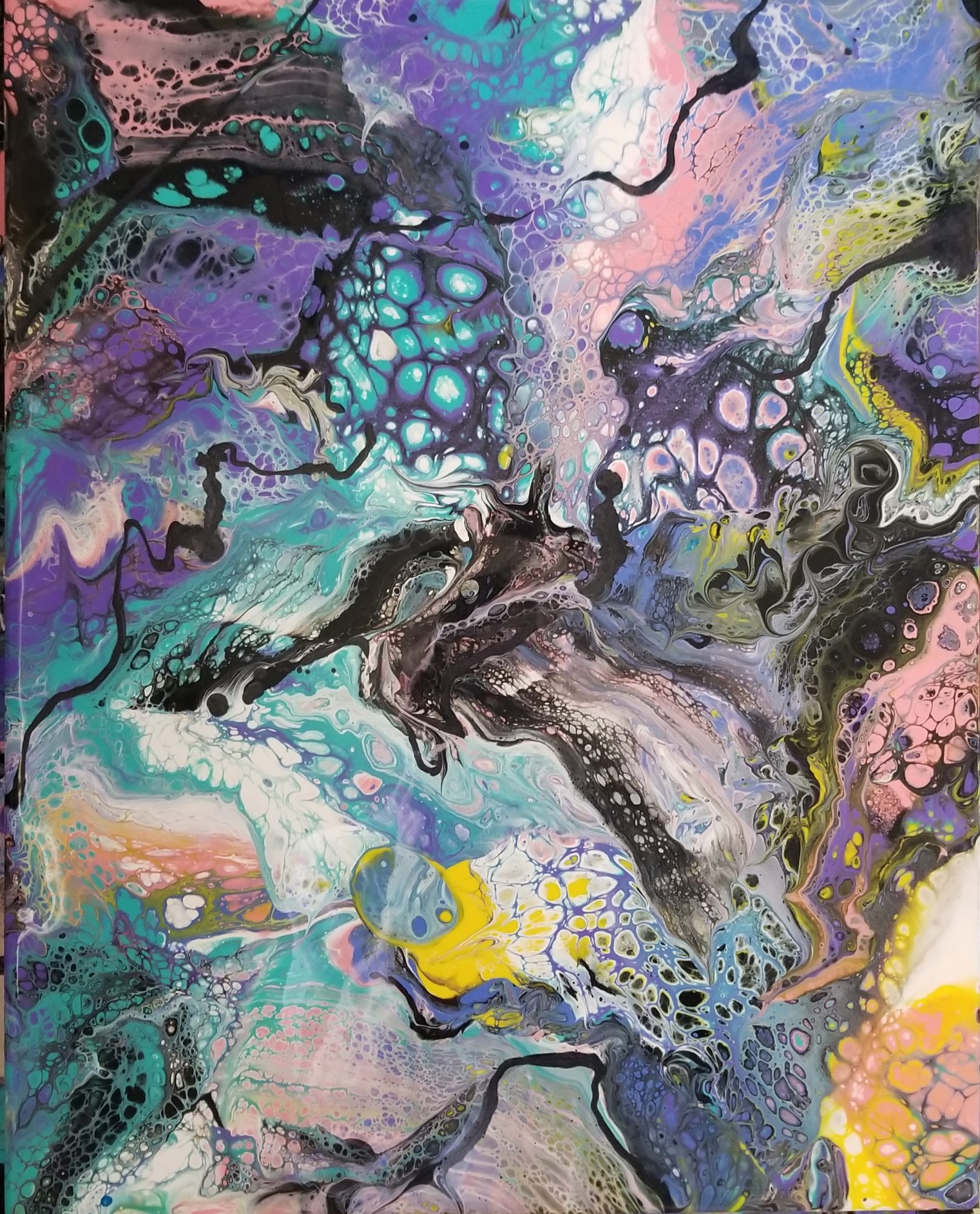 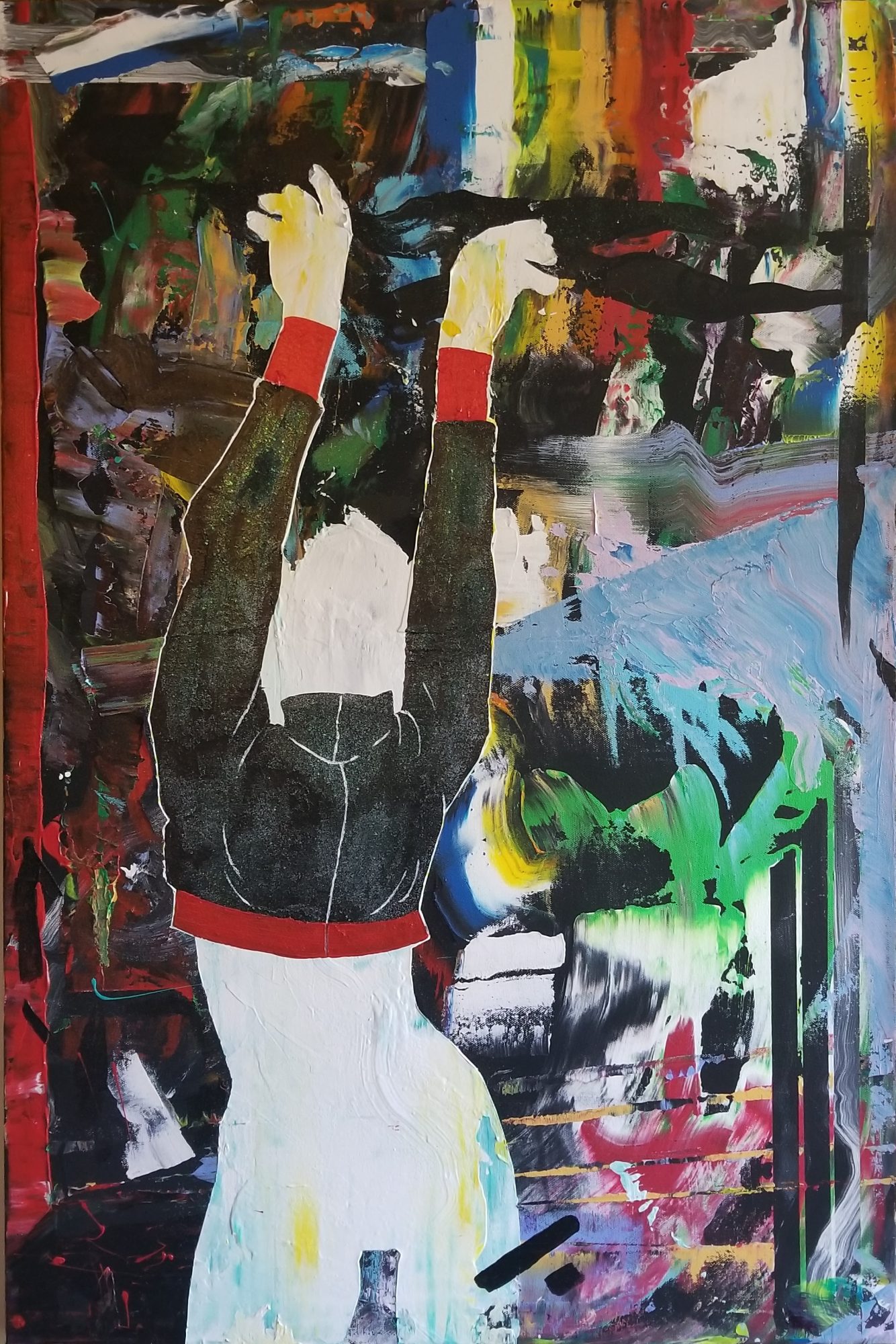 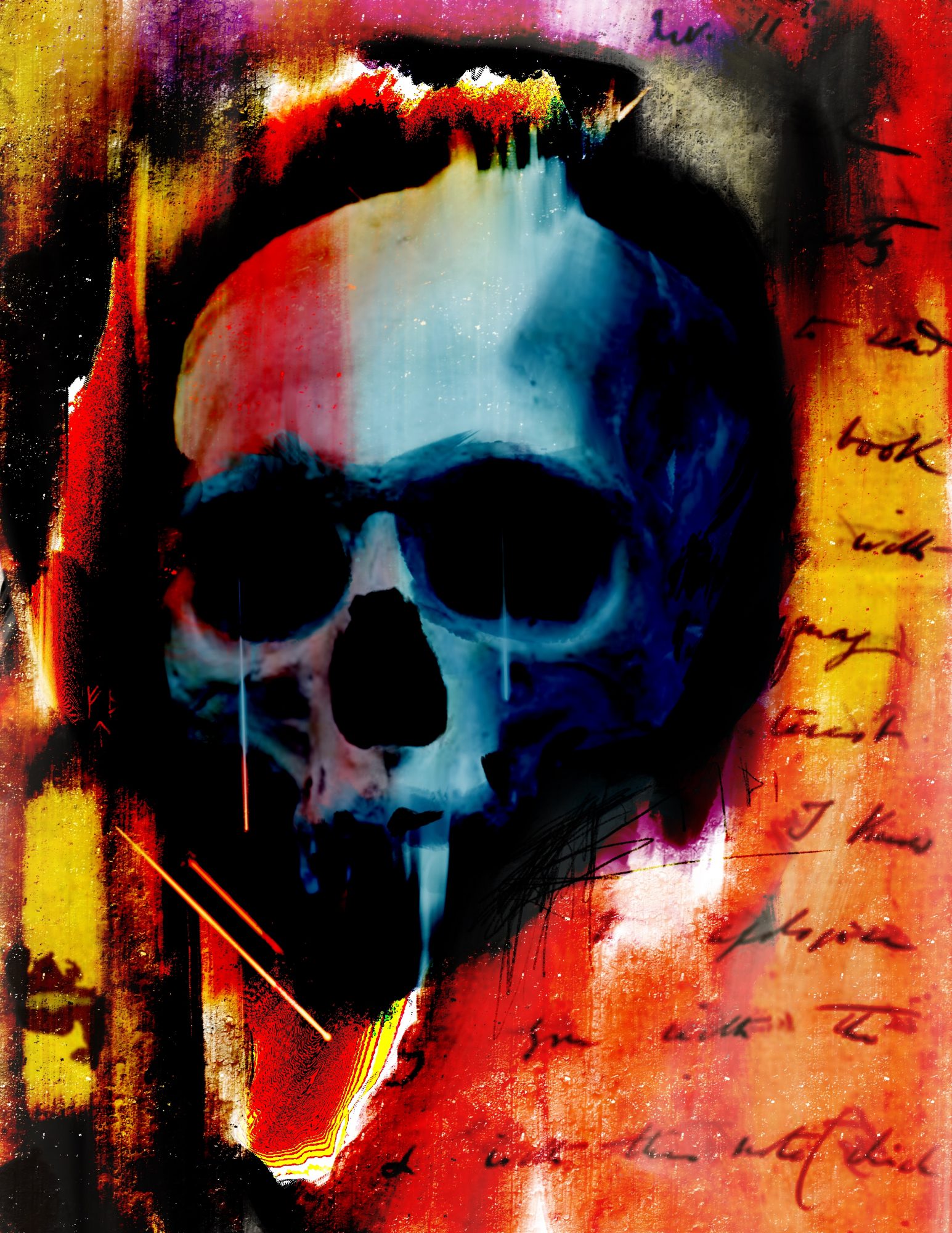 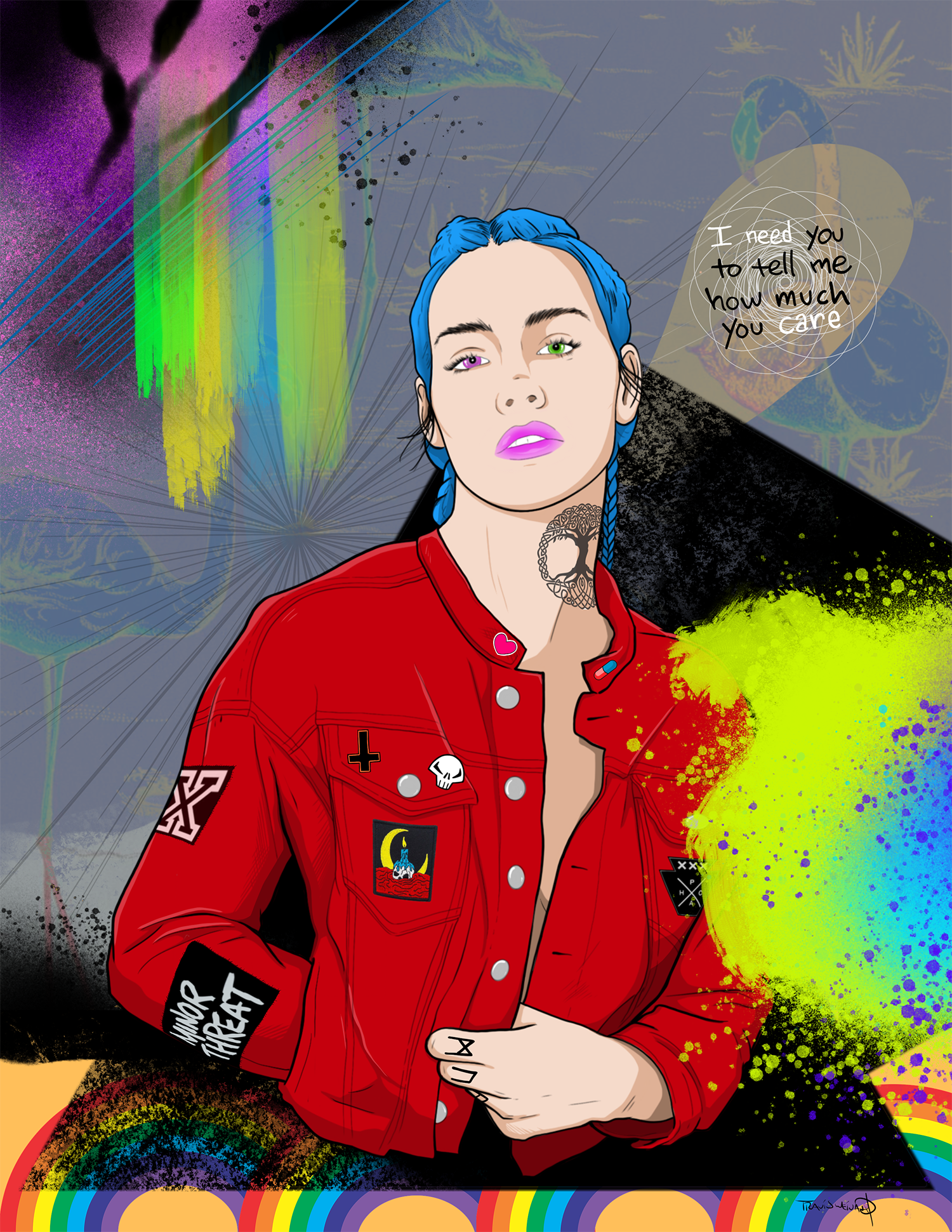 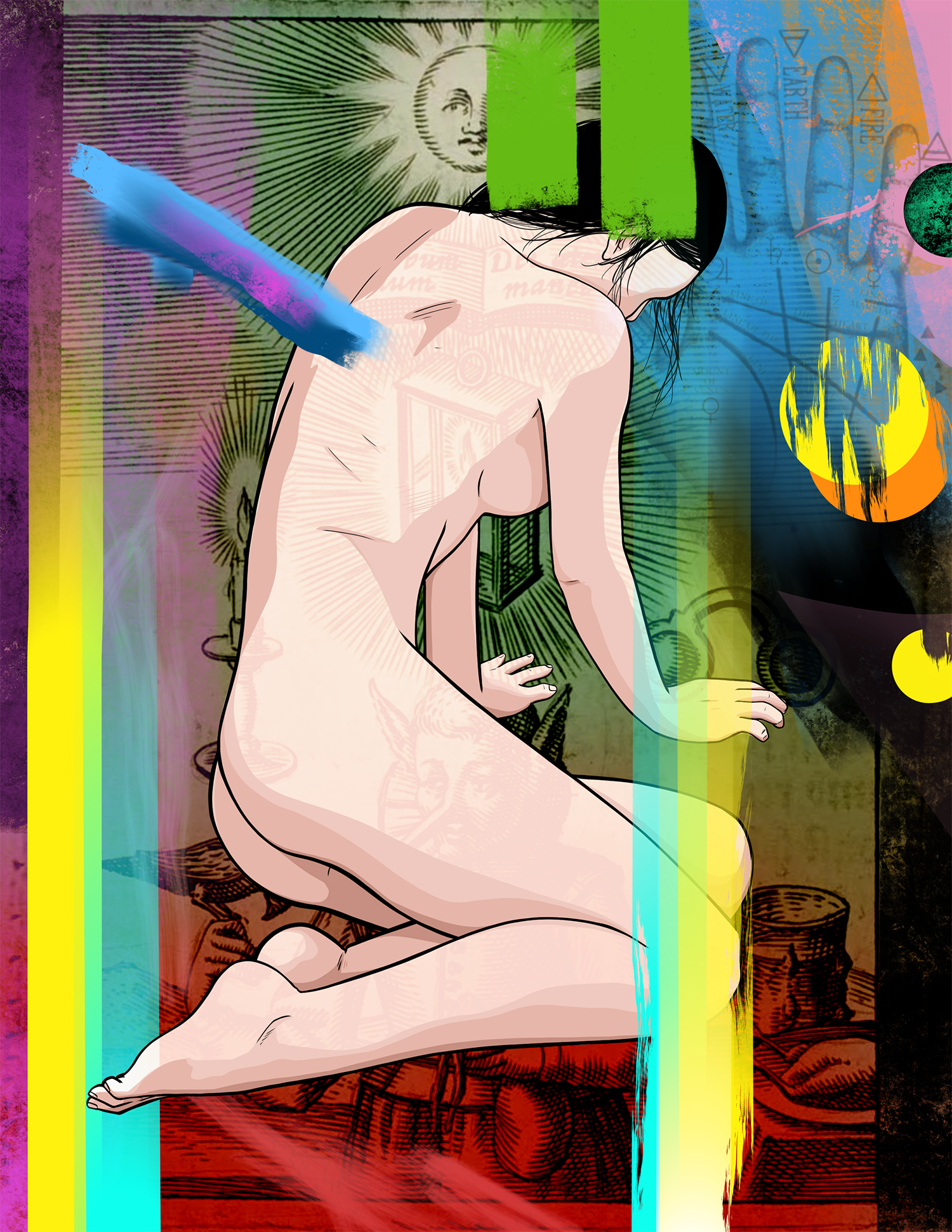 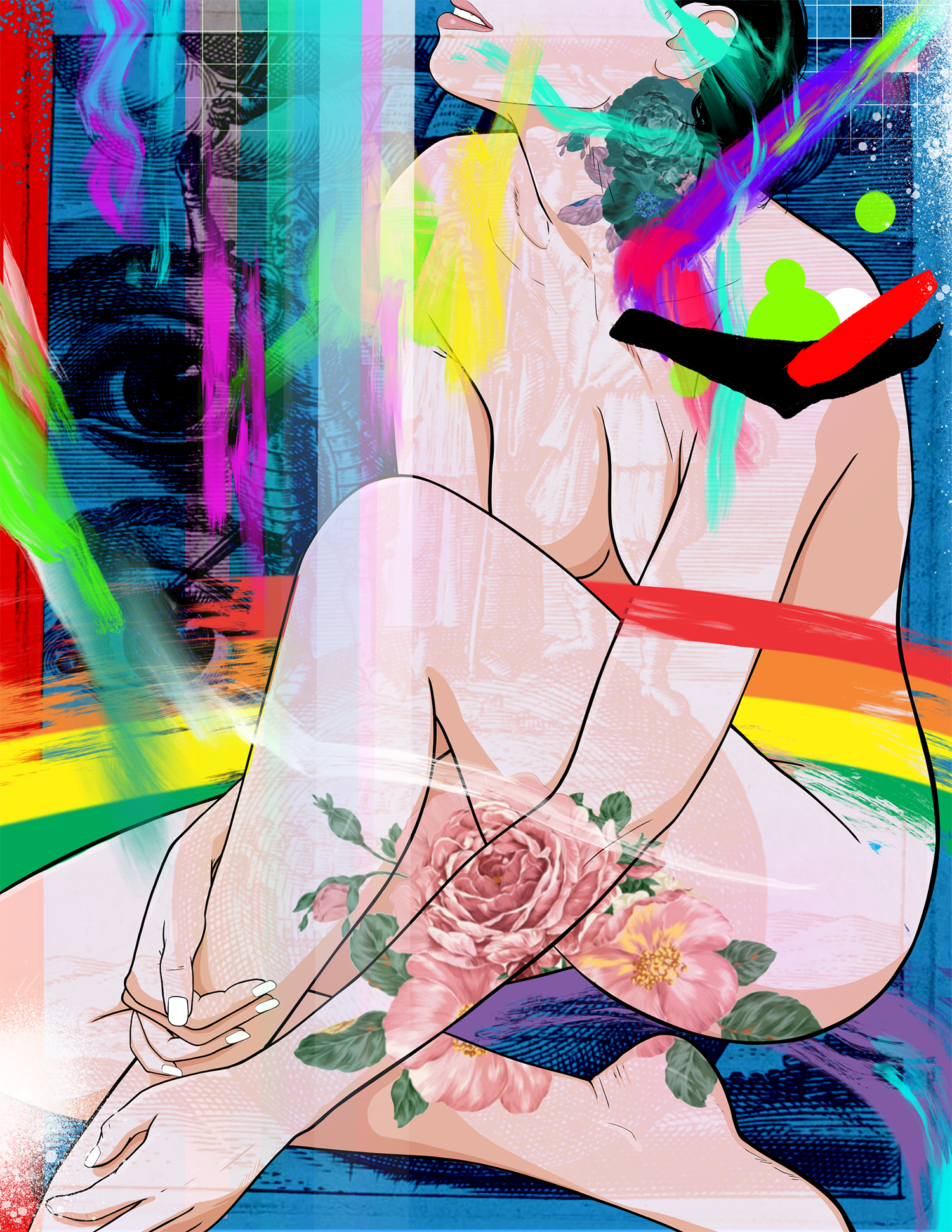