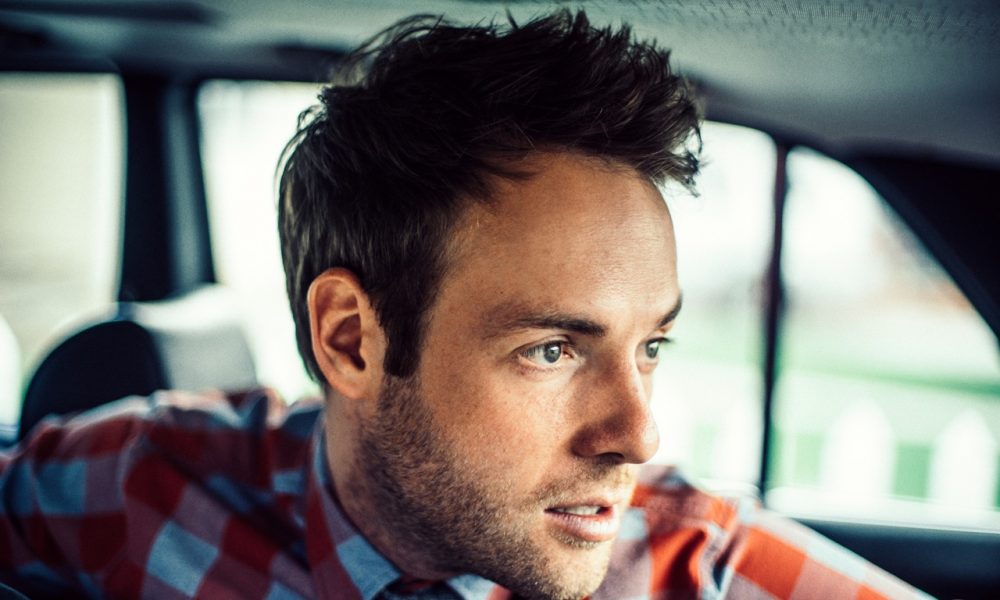 Today we’d like to introduce you to Travis Warner.

So, before we jump into specific questions about the business, why don’t you give us some details about you and your story.
I’ve always loved music. My dad plays piano, my mom sings, and my brother is a brilliant lyricist, so I grew up in a very musical family. When I was little I used to save up for video games but I always ultimately spent that money on a new instrument. I was so interested in the different timbres and workings of each one. I once found a clarinet at my grandfather’s Christmas tree farm, and I spent my whole vacation figuring it out and learning Christmas songs.

I’m sure I drove my family a little crazy more than a handful of times learning new instruments. As it is with any new endeavor, there’s a learning curve and it’s rough at first. It’s bad enough listening to someone learn one instrument, but I put them through that process with drums, bass, guitar, clarinet, trumpet and piano, and I did so very diligently.

My parents smartly signed me up for music lessons.

My guitar teacher, David Eastlee, was amazing. He sat down with me for 3 hours straight and explained basic music theory to me. That really changed my life because once I understood the very basic building blocks of music, I was then able to learn more advanced stuff easier.

After high school is when I really decided I wanted to pursue music as a profession. I started playing around Los Angeles as iamfrith, but at every show I was announced as Iam Frith with a lot of pause and stumble. I eventually became just “Frith”, which is my middle name.

I met Mike Schuppan who is a very talented mixer and engineer, and when he heard my music he invited me to come to his place and record an album. I called the best two musicians I knew, Cassidy Turbin (drums) and Chris Rolontz (bass) and they learned all the songs in an afternoon. The next day we recorded my first record, Imaginary World.

At the time, I was working for David Campbell, and we were in the middle of a project for Rick Rubin. Rick said he didn’t record to a metronome, so I decided I would not record to a metronome either. I’m not sure if it turned out better or worse. It was certainly a mountain of extra work to get it to sound good, but I’m really proud of that record. Due to shoestring budget restrictions, Mike Schuppan mixed that record in 2 days at Capitol which is completely insane. We were the last ones to work in studio C before it was redone.

I’m now about to release the first single “Daisies” off my upcoming album. This will be released in September, with the album to follow. I just came up with the album title and I’m really excited about it but I’m afraid to tell you what it is.

Overall, has it been relatively smooth? If not, what were some of the struggles along the way?
My dad had an early version of Pro Tools recording software in the garage. I spent a week just trying to get sound to come out of the speakers, and I still didn’t know how to edit until much later. I used to steal everybody’s mattresses and try to block out the neighbor’s barking dogs. It was really frustrating because I didn’t know how to combine different takes, so I had to play it perfectly and with no outside noise. I spent all day on a single guitar track sometimes.

My parents helped me put together a studio of sorts in our little back house which was amazing to have, but it was really rough. I finally had a space to work, but it was right next to the bathroom so anytime anyone wanted to take a shower or go to the bathroom I had to take a break. It also didn’t have air conditioning and in the summer the heat was unbearable. I couldn’t record during the day so I would set my alarm for midnight and record from 12AM-5AM. I like to think of that as my “tired” period. It has since been converted back into a very quiet bedroom.

I would say the biggest obstacle today is that people aren’t used to paying for music anymore. The industry changed a lot when record labels bought into Spotify and Apple Music. The music itself isn’t a commodity anymore, but used mostly as a promotional tool to sell concert tickets and merchandise. For pop music that’s fine because it doesn’t cost much to produce, but I’m trying to make music with live orchestras and choirs. It doesn’t really make sense from a business standpoint, but I love it and I will keep doing it. It’s where I like to spend my money.

Alright – so let’s talk business. Tell us about Frith – what should we know?
I guess maybe what sets me apart is my lyrics. It’s still pop music essentially, but instead of writing about clubs and doing Molly, I’m writing about Bill Murray and raw organic smoothies. I also try to use a lot of real instruments like strings, flutes, horns, choir, sitar; one song has a saxophone section.

Any shoutouts? Who else deserves credit in this story – who has played a meaningful role?
I used to have this stupid idea that I would do everything myself. I would write, record, produce, arrange, mix, master, distribute, promote, etc. EVERYTHING by myself. I really wanted to do that, and I think it led me down a very interesting path, but looking back it was really dumb. It was only once I surrounded myself with others who were truly brilliant at what they did that I made any real progress as a professional.

My parents deserve the most credit of course. My entire life they have supported every interest of mine. I had a scholarship to UC Berkeley but decided I wanted to pursue music in LA instead, and they were with me 100%. My dad also taught me a lot on piano. He helped me learn a lot of Chopin pieces that I loved playing. Chopin is still one of my favorite composers. My mom was really brilliant with me when I was younger. I always hated practicing, so she would tell me to practice for just 5 minutes, knowing that once I started I would be at it for hours. Thanks mom.

I worked for David Campbell for almost 9 years and learned so much. I never wrote a single arrangement before working for him, but now I get hired regularly to compose for film and TV. I never had any formal training in arranging or orchestrating, but when you’re around someone of that caliber you can’t help but absorb some of their genius. I couldn’t tell you how or when I learned to arrange, orchestrate or conduct, but somewhere along the line it clicked and I’ve been doing it ever since. It’s the sponge theory I guess.

Chris Rolontz (bass) and Cassidy Turbin (drums) really get me and my music. I’m so lucky to get to play with them because I can put a song in front of them, and they will almost always play exactly what the song needs. Their instincts are just perfect for the type of music I’m making. Josh Grondin joins us for live shows and is a total genius. He plays accordion, percussion, keys, guitar, and the Transylvanian guillotine harp. All three of them sing my whacky harmonies when we perform live, which is a big part of my sound. My music would be really boring without them.

Mike Schuppan is the one person I trust with mixing my music. I don’t know quite how he does it, but the way he balances the onslaught of sounds I pack into my records and still keeps the clarity is really amazing.

I think my exes deserve a lot of credit too. A lot of my songs are about them. 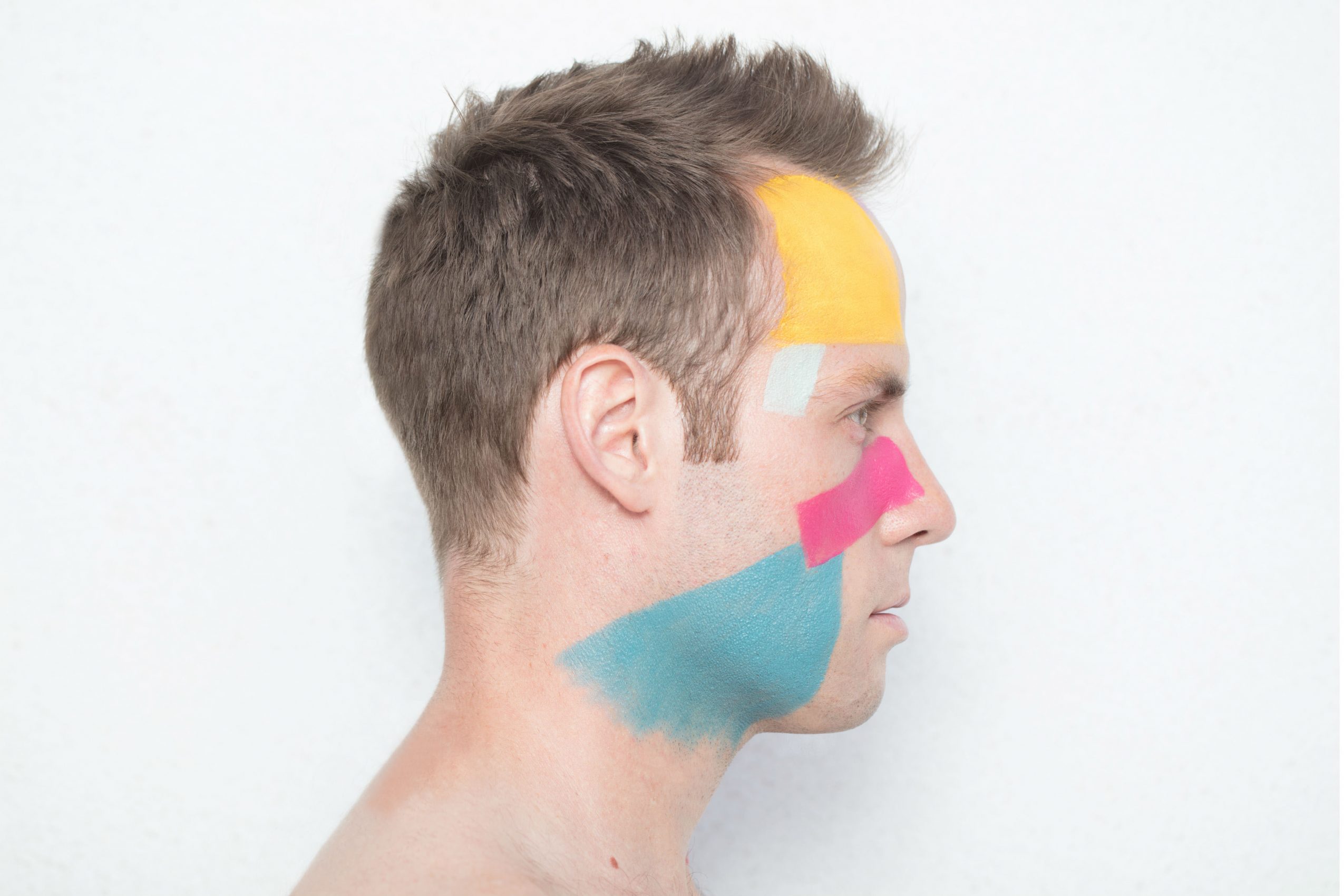 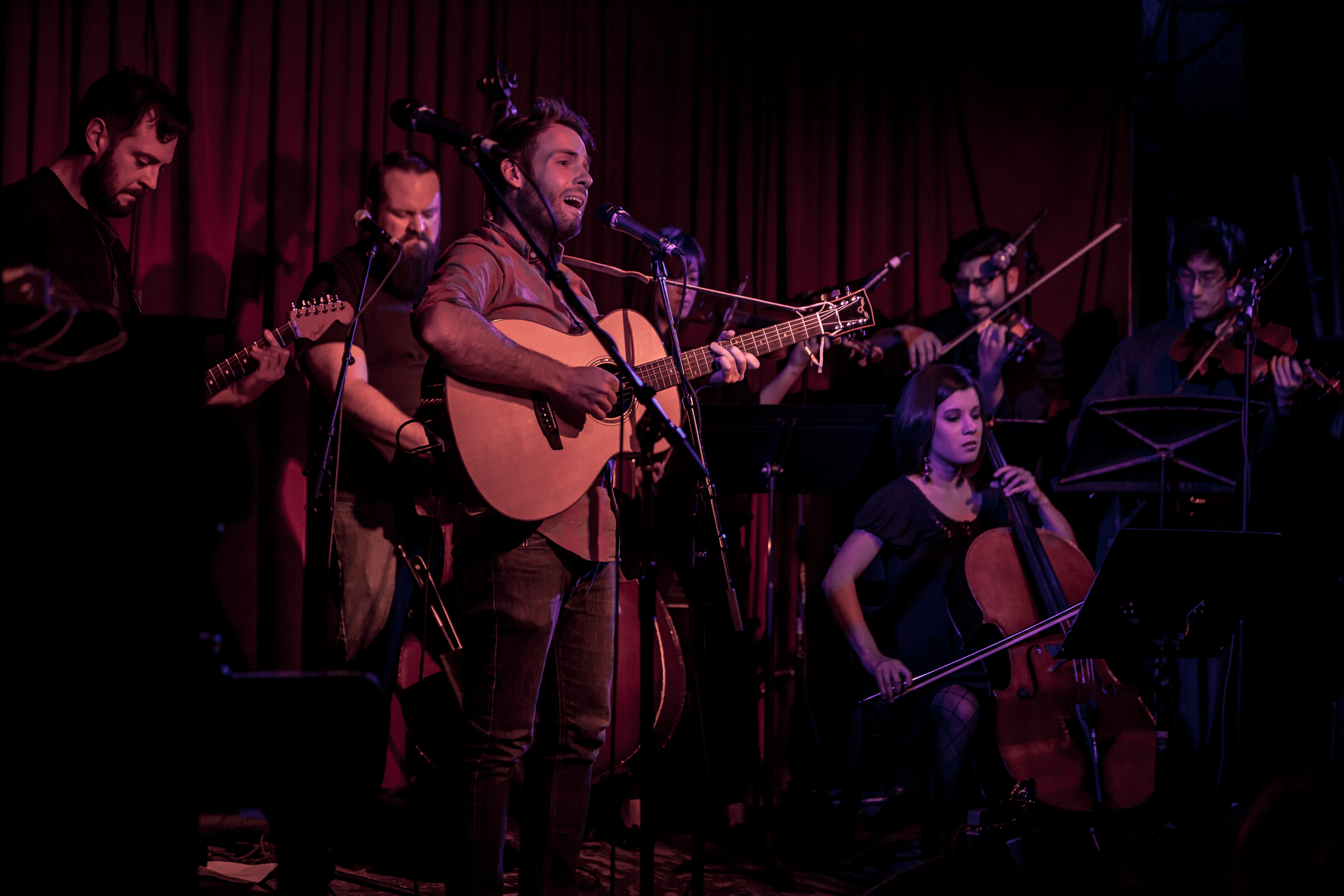 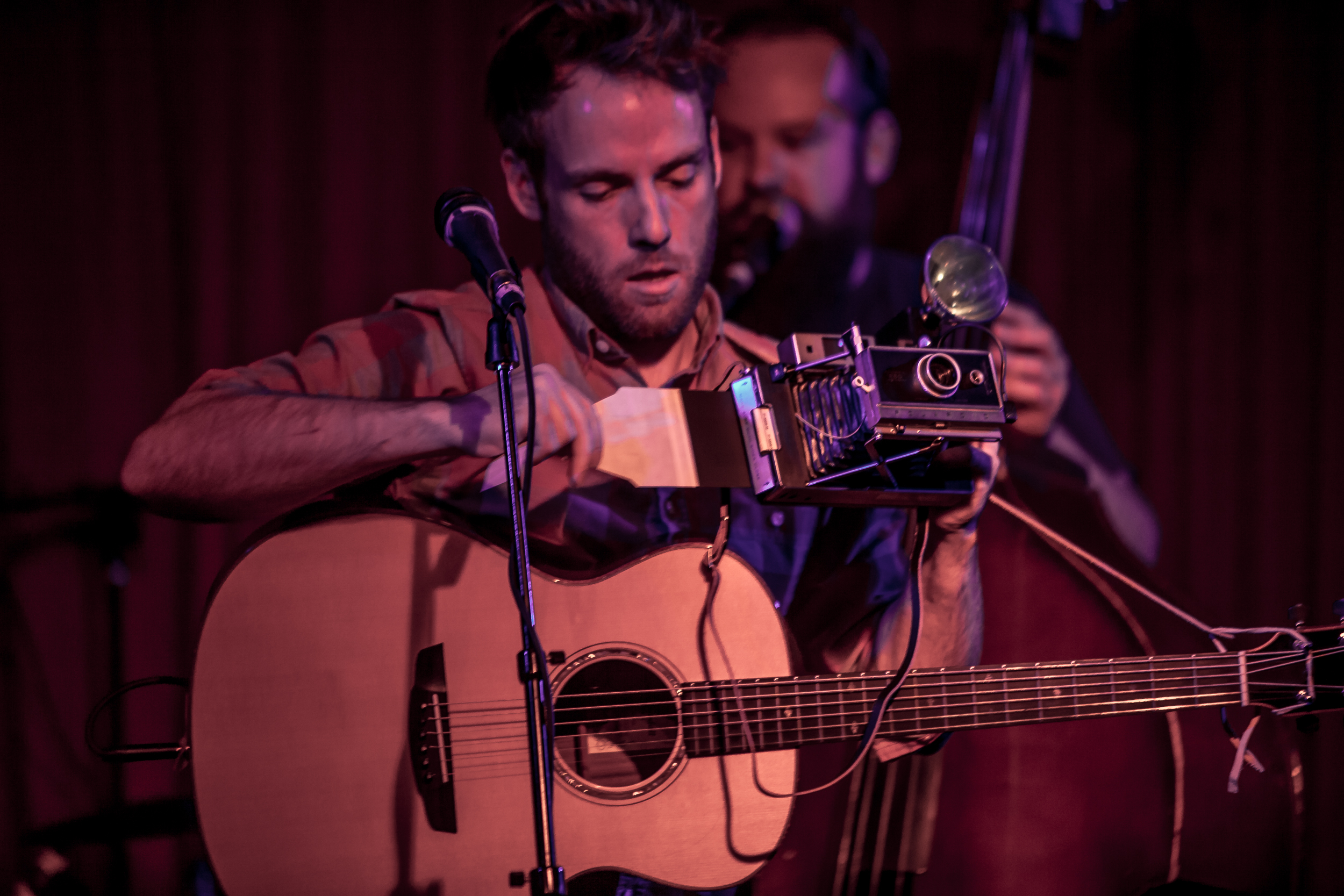 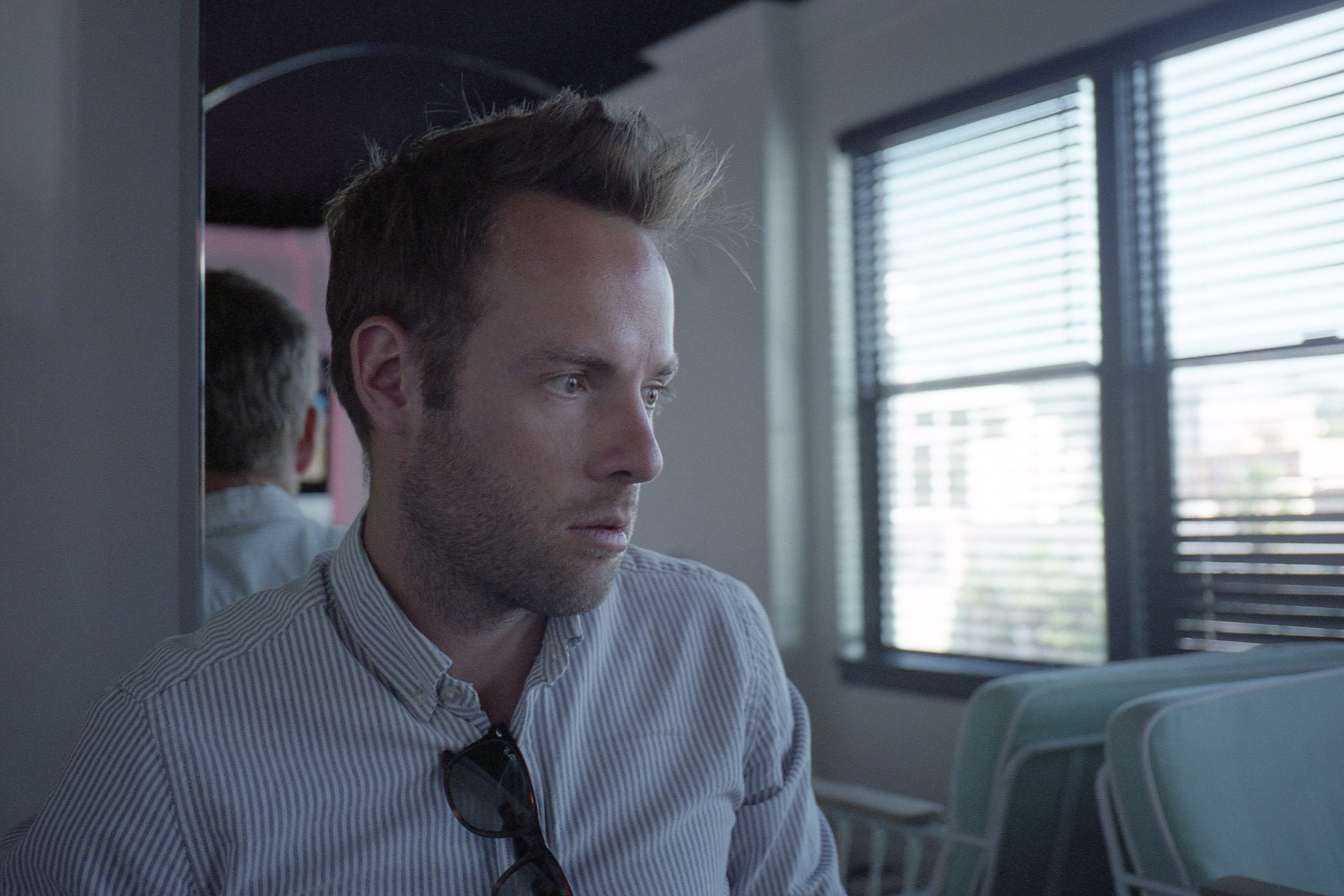 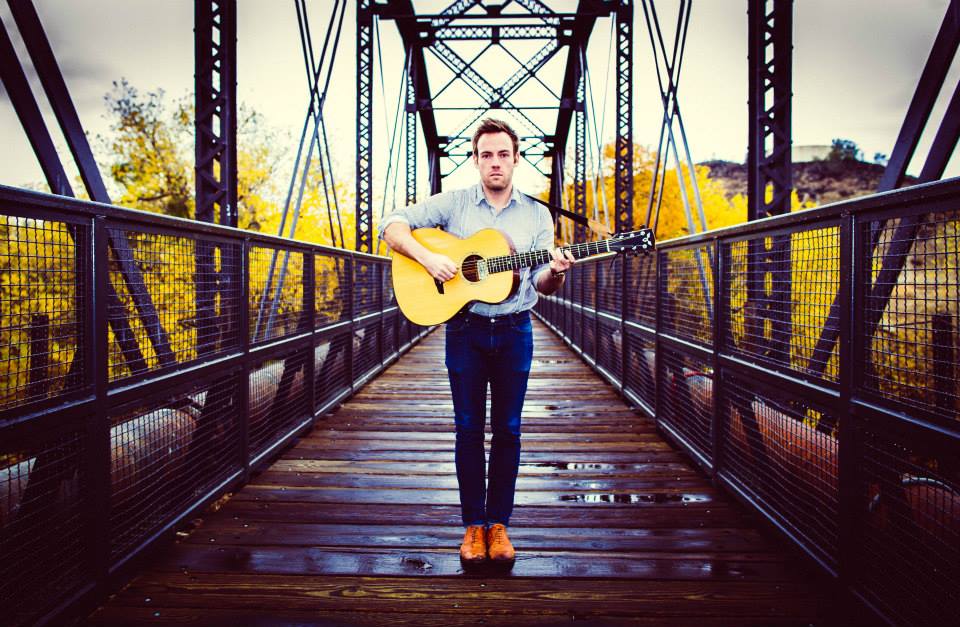