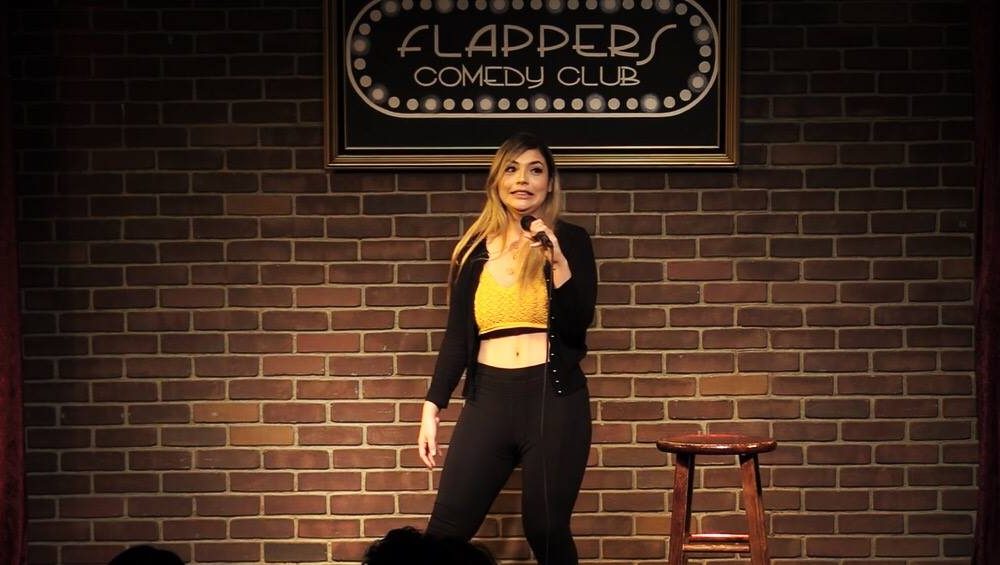 Today we’d like to introduce you to Stacy Ines.

Thanks for sharing your story with us Stacy. So, let’s start at the beginning, and we can move on from there.
After the Salvadorean Civil War broke out in the late 70’s, my grandmother fled with her children to the US seeking safety after thousands of innocent civilians were killed in the war. I am a first generation millennial born and raised in Los Angeles. My comedy derives from my difficult upbringing in a Latino household to struggles with my self-esteem including mental health issues. I cherish the opportunities I’ve been granted with Stand-Up.

Great, so let’s dig a little deeper into the story – has it been an easy path overall and if not, what were the challenges you’ve had to overcome?
My interest in Stand-Up Comedy started after losing my boyfriend to suicide as I needed to find ways to cope.  Stand-Up has granted me the voice to state, “It’s Okay to Not be Okay.” I have been extremely fortunate to discover how welcoming the comedic community is and I extend an ear to every aspiring comedian. Always remember that you will be heckled, you will bomb, but it’s okay because it happens to everyone! Even the greatest comics! Just don’t give up after a bad night,

Alright – so let’s talk business. Tell us about Stacy Ines – what should we know?
I was a Semi-Finalist at the LA Pride Comedy Festival this year and have had the honor to perform alongside Gabriel Iglesias, Dana Carvey, and Jackie Kashian. You can catch me in the upcoming Horror-Comedy film, ‘Scare Package’ hitting theaters in 2019 and as a regular for Comedy a La Carte in Granada Hills.

Finding a mentor and building a network are often cited in studies as a major factor impacting one’s success. Do you have any advice or lessons to share regarding finding a mentor or networking in general?
Go daily to open mics! Go to shows! Always stick around until the end to network with other comics. All the shows I’ve been asked to do have been from comics at open mics. 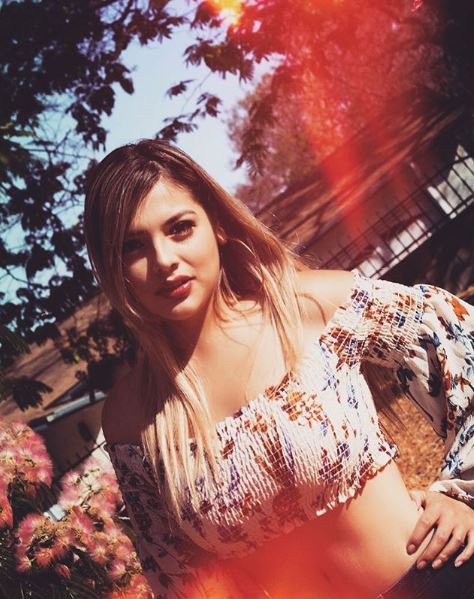 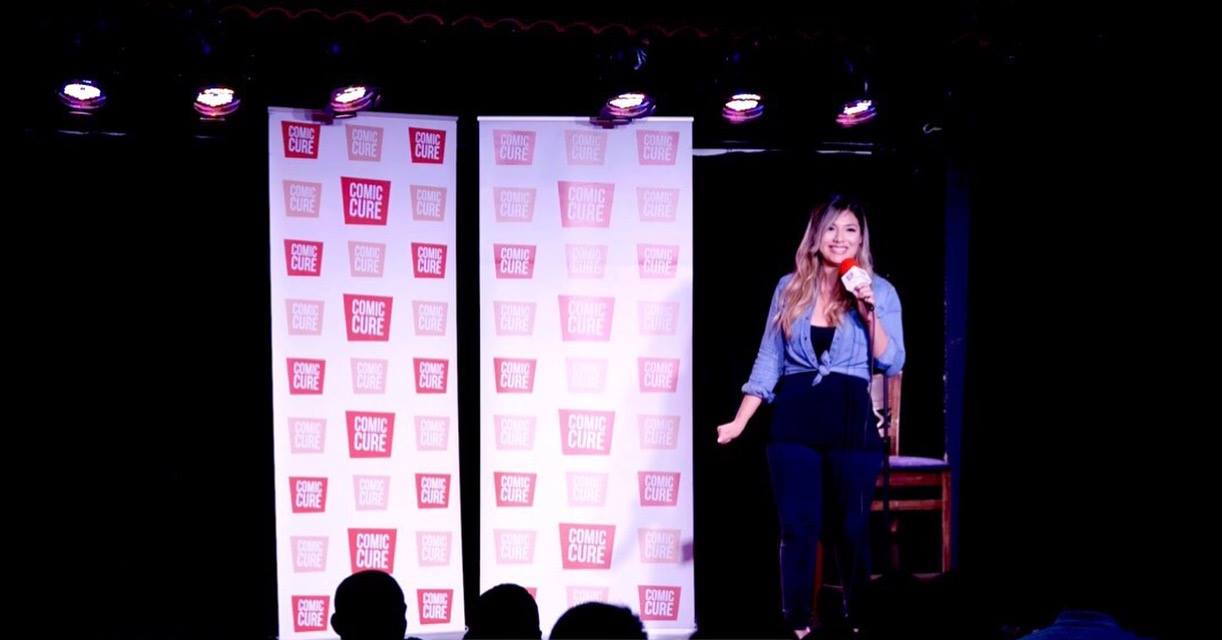 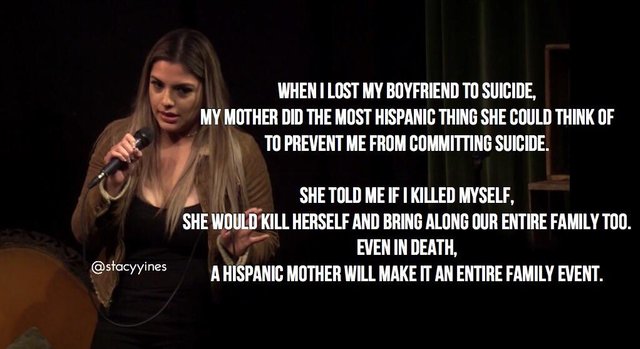 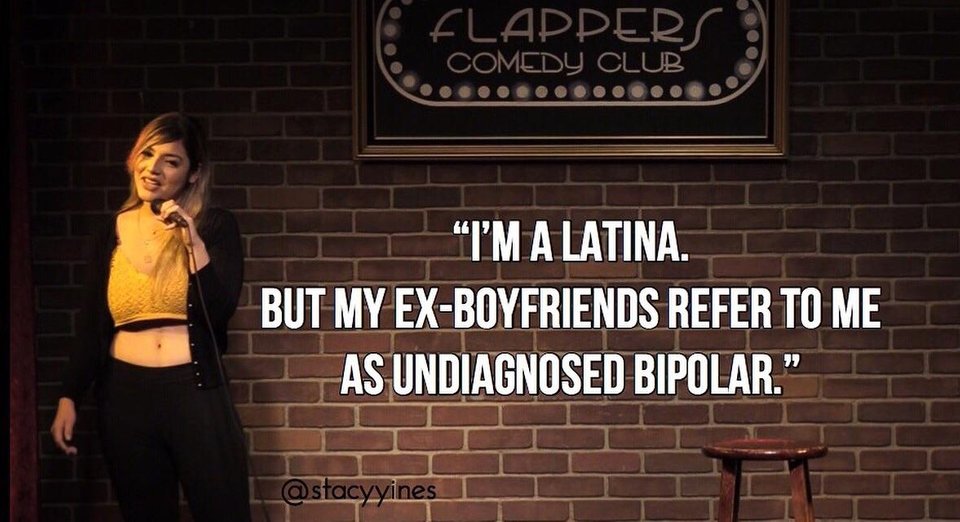