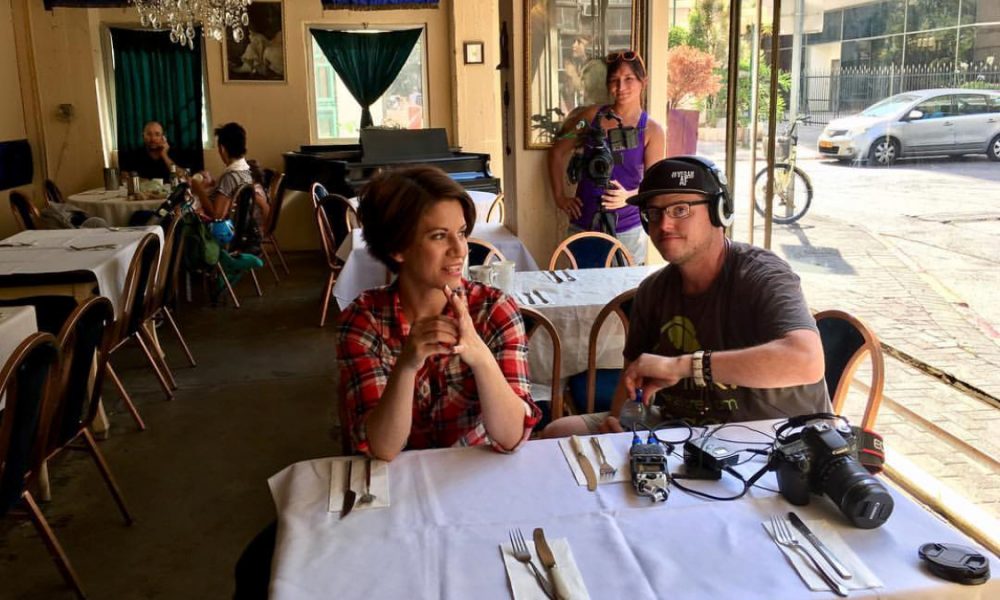 Today we’d like to introduce you to Robert Sud and Ally Iseman.

Robert:
My vegan story began when my twin brother, who was a serious drug addict, attempted suicide. Weighing 350 lbs., he went to rehab where he adopted a plant-based lifestyle. A year later, he lost 170 lbs. and cured his type2 diabetes, high cholesterol, high blood pressure, etc. At the time, I weighed around 280-290lbs and suffered from type2 diabetes, so my brother invited me to move to LA (from Austin) and live his vegan lifestyle. I agreed, cured my diabetes in 6 weeks and have lost 90 lbs. So, like most new vegans, I became obsessed with my new lifestyle. I immersed myself in the vegan community here in LA. As a filmmaker, I have traveled around the world to places like Vietnam, Malaysia, Nepal, New Zealand, Israel, etc. I wanted to know what vegan life and culture were like everywhere else in the world, and that was the genesis of “The Road Less Eaten”. I currently work with Shaun Monson (director of “Earthlings” and “Unity”) but I knew I couldn’t make this show about animal rights or health. If I wanted to attract others to the show I had to make it exciting and inviting. So, the show is really about exploring the worldwide vegan movement and how much fun vegans are having around the globe. I then approached my good friend and actress Ally Iseman about hosting the show.

Ally:
To which I promptly replied, “No, thank you. I don’t really work in the unscripted space.” As passionate as I am about my vegan journey (going on 11 years now) and sharing it with others, I didn’t want to be associated with anything agenda-driven. Luckily Bobby is persistent and came back about 10 minutes later, I was still stretching at the gym we both attend, to ask me if I was sure. I have a policy to “always take the meeting”, so once we sat down, it became very clear that we were both on the same page about how to get this message across – with a fun sense of exploration and adventure. We’re traveling to all these incredible places, taking part in cultural experiences, athletic adventures and some of the most amazing food -ohhhh the food – this planet has to offer: it all just happens to be plant-based. The messaging is simple – “We’re having a party. Wanna join us?”

We’re always bombarded by how great it is to pursue your passion, etc. – but we’ve spoken with enough people to know that it’s not always easy. Overall, would you say things have been easy for you?
Nope, but the important things rarely are.

The production of the 2-episode pilot that we shot at the end of 2017 was actually pretty easy, but everything past that has been rather challenging. We’ve been met with the outdated, but unfortunately still held a belief that “vegan is niche.” A market with a growth margin of 600% over the past two years is no longer niche, yet regardless of the hard facts and numbers that are presented, we are still meeting with this outdated stigma. It seems to be the biggest, if not the only roadblock to getting this show financed and distributed. We specifically chose to have a non-celebrity, non-chef host in order to make the content more accessible to the mainstream demographic. Unfortunately, the term “vegan” can still be off-putting to many because of certain associations with the movement, so we try to say “plant-based” when possible, but it really isn’t just “a show for vegans.”

(Ally Iseman) – I think the most important elements of beginning any journey is to know WHY you’re undertaking it. That core motivation will be what gets you through the moments, and there will be many, where you feel like everything is stacked against you like it’s never going to happen. Having that clear intention, in addition to a network of people around you who support your vision and believe in you perhaps even more than you believe in yourself at times, is clutch. Know your worth and surround yourself with people who refuse to let you devalue yourself. Bobby showed me what that truly means as a friend and a business partner at the start of this journey and it has proven to me the importance of that community aspect. We must respect ourselves and each other as women, raising each other up personally and professionally, building the future we wish to see one choice, one company, one story at a time. Create opportunities for each other as women and build bridges with your allies and advocates so that your successes do not exist in isolation from the mainstream, but rather become the new mainstream.

We’d love to hear more about The Road Less Eaten.
(Ally Iseman) – I am primarily an actor and comedy writer and do my best to align myself with work that has an eye on social advocacy. Some of my on-camera credits include ABC’s “American Housewife,” “Criminal Minds” and “Days Of Our Lives” and I just wrapped one of the leads in a feature film opposite Ray Wise and Bonnie Bedelia directed by Tim Russ. I believe that if you can make someone laugh, you can make them listen and that view greatly impacts my work. I use humor to address potentially triggering subject matter in a more approachable and entertaining way. I believe narrative work, especially comedy, reaches a much wider audience, exposing them to ideas they may never have consciously chosen to engage with otherwise. I created a gender parity comedy series called “Flip The Script,” the first four episodes of which were produced in partnership with Women In Film (YouTube, Facebook: “Women In Film Flip The Script”). My internationally award-winning film “Wedlocked,” an LGBT comedy about gay divorce written by Guinevere Turner and starring Showtime’s Whitney Mixter and Academy Award-nominated, Golden Globe and Spirit Award-winning actress Sally Kirkland, screened at over 45 festivals worldwide, securing digital, broadcast and theatrical distribution. I am now in development on 3 scripted series in addition to continuing to work on THE ROAD LESS EATEN with Bobby. www.allyiseman.com

(Robert Sud) – My work as a writer, director, and producer has taken me around the world to over 10 different countries. A graduate of Savannah College of Art & Design (SCAD), my senior film “We Easily Forget”, an environmental documentary, received the “Emerging Filmmaker Award” from a panel of National Geographic filmmakers at the Grey’s Reef Ocean Film Festival. My passion for travel and culture has taken me to Southeast Asia to direct “Southeast Asian Flavors”, a food documentary, and to Nepal, where I spent 2 months documenting the volunteer group GVI working with orphans in Pokhara. I am currently in production on “Overhaul” with Shaun Monson (NationEarth), and “Hellbent”, a documentary about addiction and extremism, which includes NHL Hall-of-Famer and current president of the LA Kings Luc Robitaille, UFC Hall-of-Famer Pat Miletich, and ultra-endurance athletes and best-selling authors Rich Roll and David Clark.

Finding a mentor and building a network are often cited in studies as a major factor impacting one’s success. Do you have any advice or lessons to share regarding finding a mentor or networking in general?
(Ally Iseman) – Be of service. Everyone needs wants, is asking for something, so make yourself stand out by offering something instead. We all have something to offer: a skill, a connection, a resource, a new perspective. For example, I organize and host a series of events and workshops through a “women in entertainment” community I’m a part of called Film Powered (www.filmpowered.com). These events are not always directly beneficial to me as an actor or writer, but I am creating opportunities for my colleagues who could potentially hire each other for future projects. I am able to strengthen my already existing professional relationships in an authentic way by enabling them to meet and learn from each other. Mentorship can develop organically, and/but when it’s time to make an ask, make sure it’s specific and set up as easily as possible for your mentor to solve/ask/facilitate, ie: can you introduce me to so-and-so for this specific reason/project, would you advice this next step or this one, do you have time for a 15 minute call at this time on this day about this specific item, etc. Do not ask to “pick someone’s brain.” 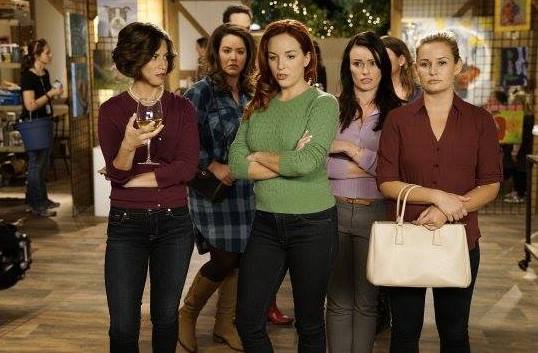 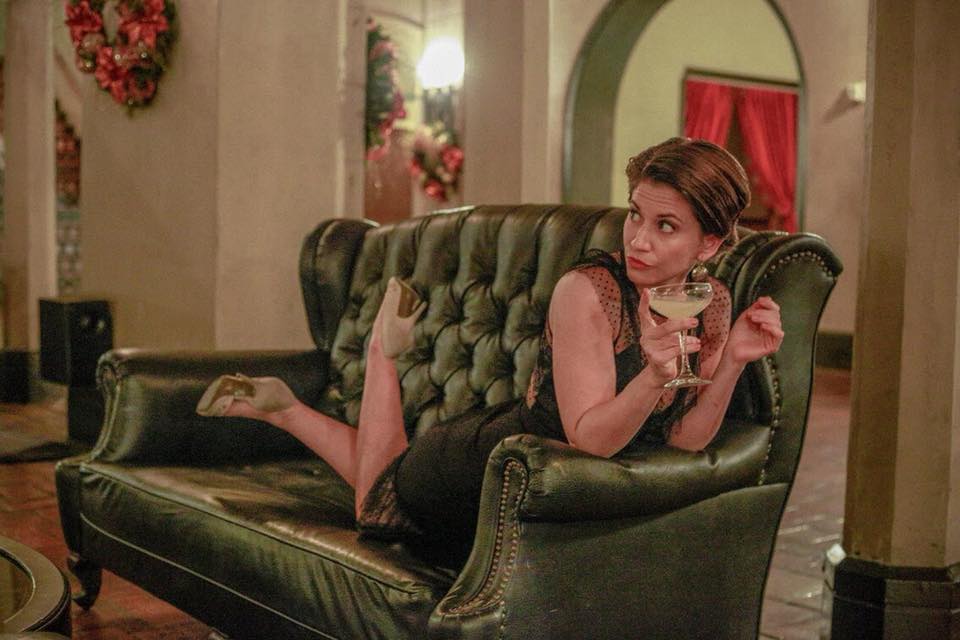 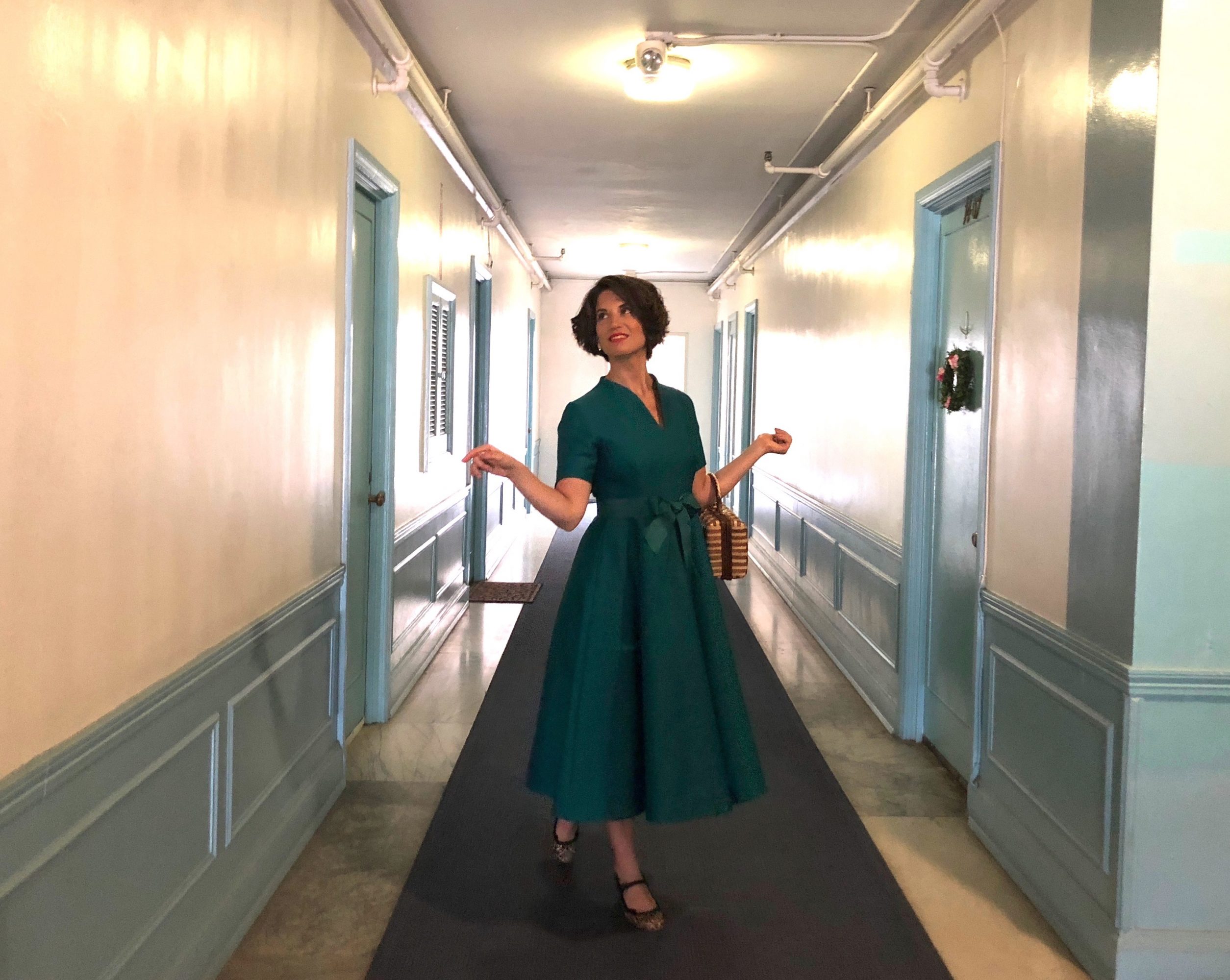 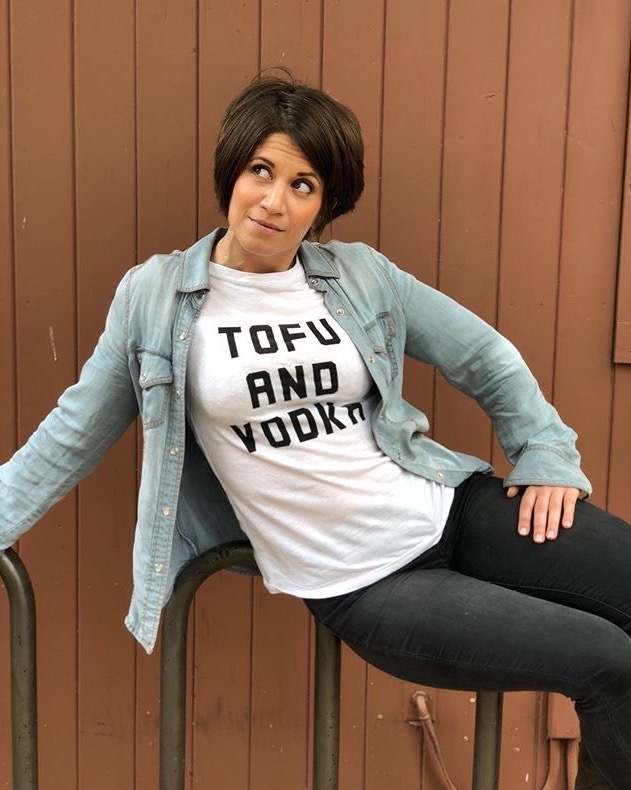 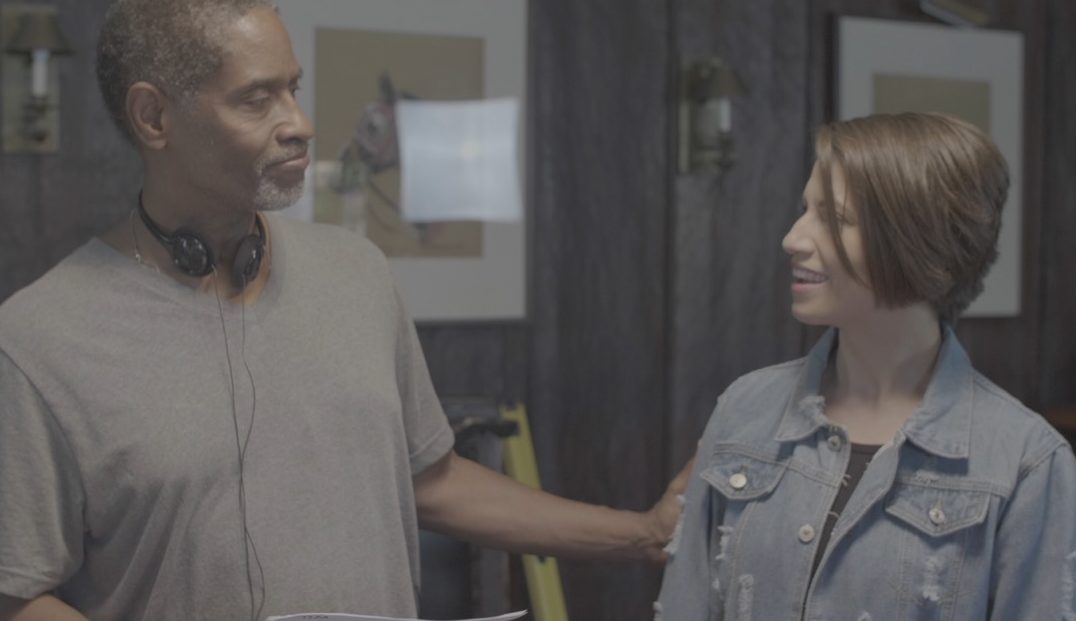 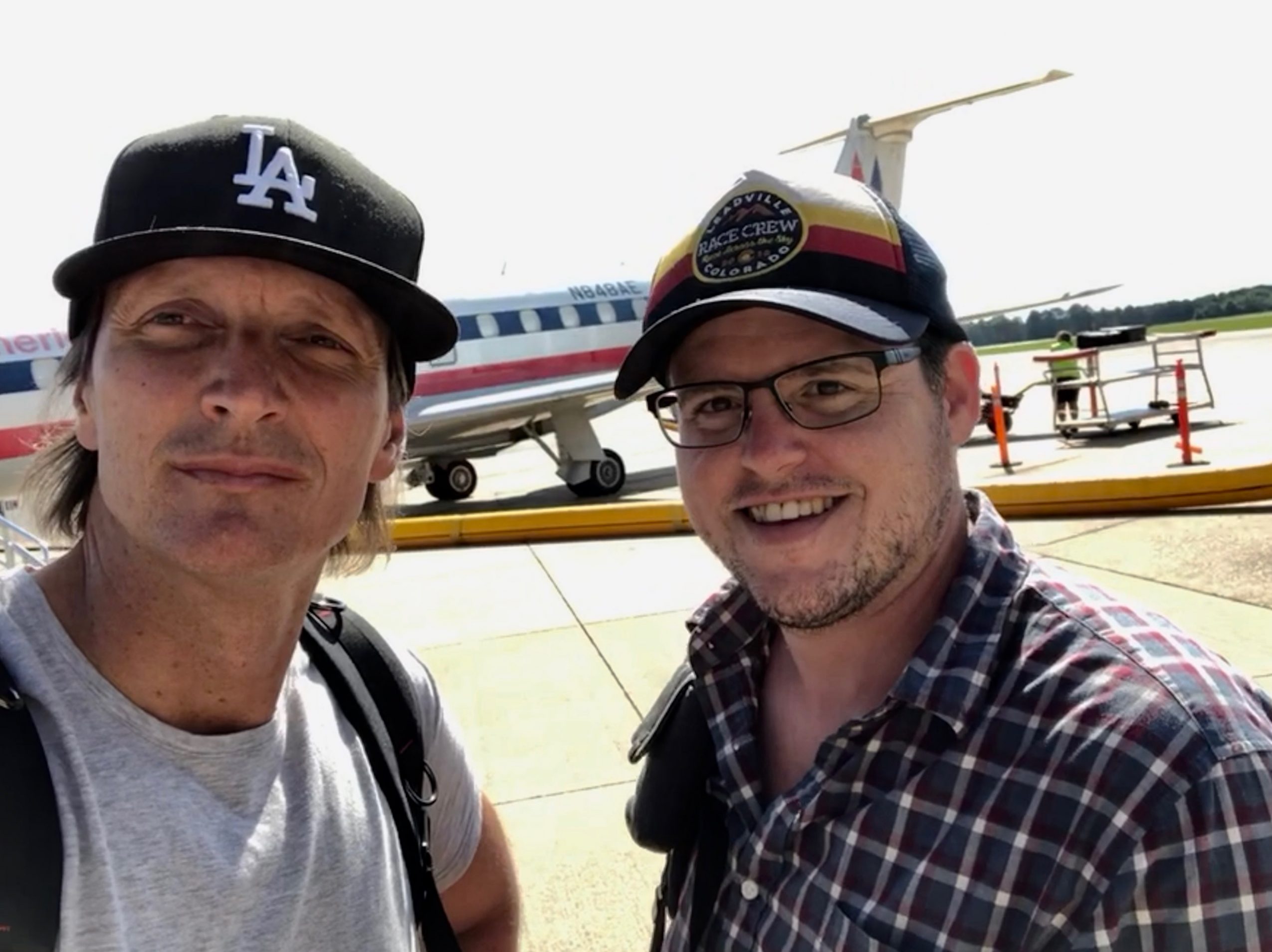 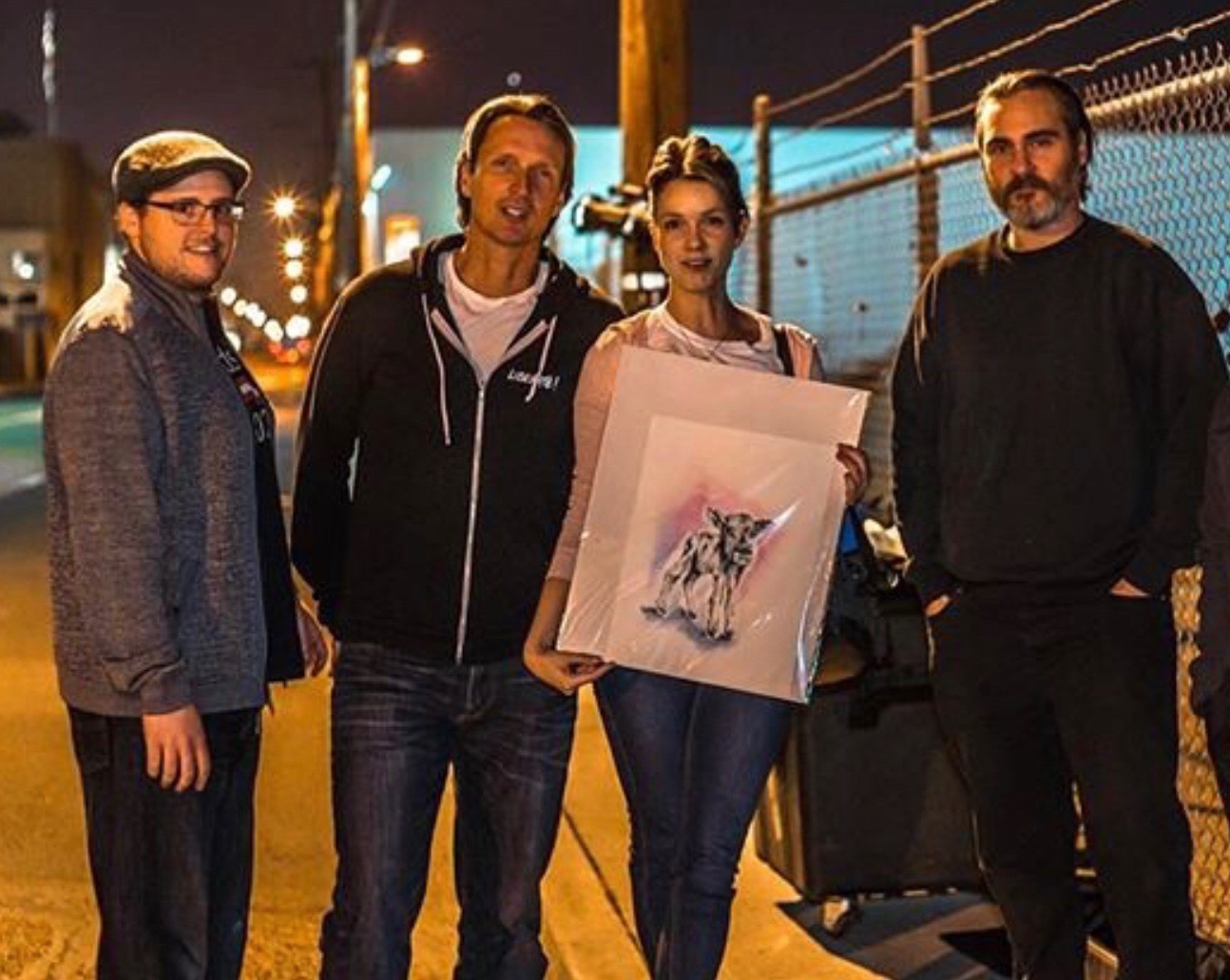 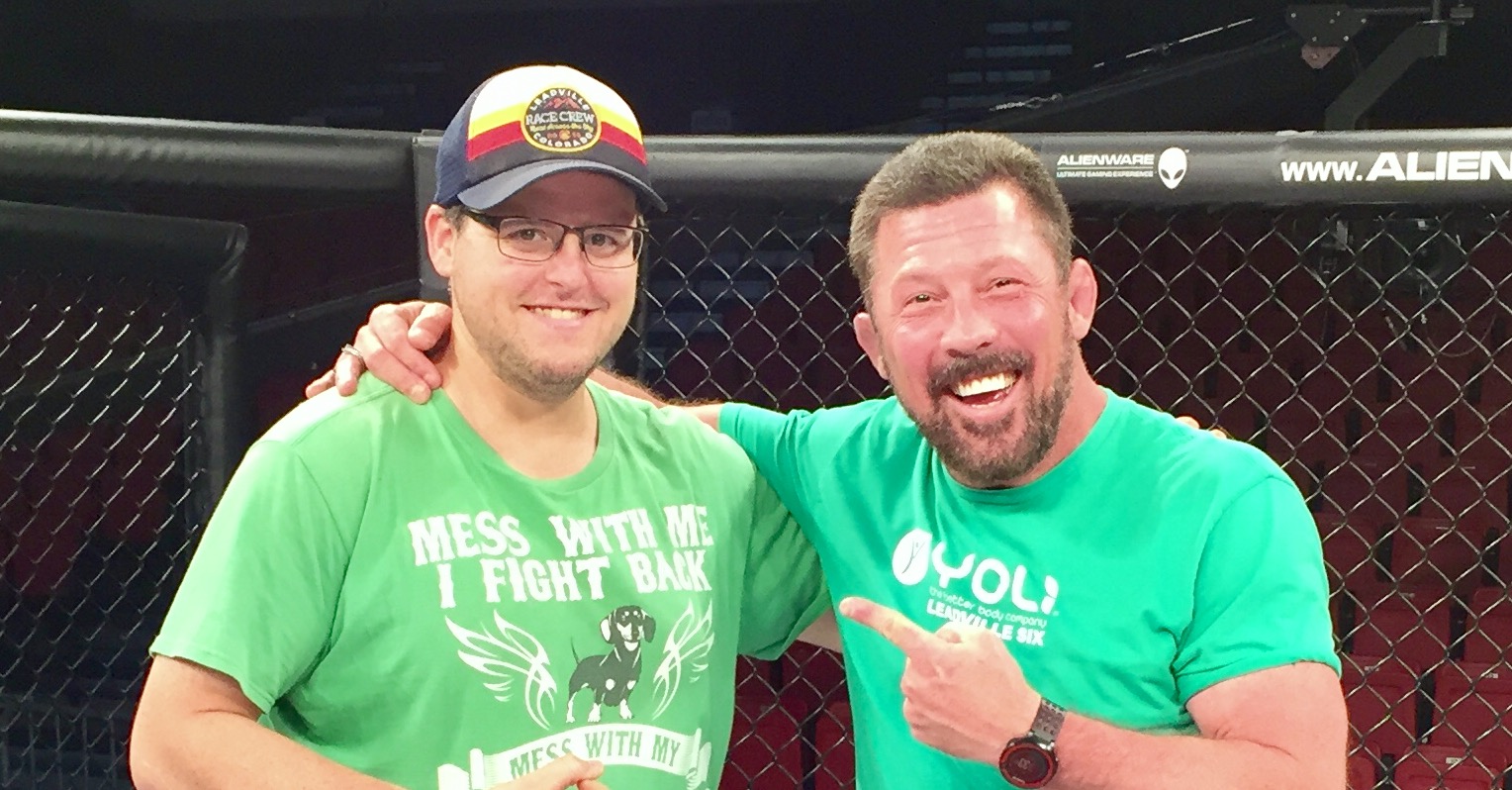