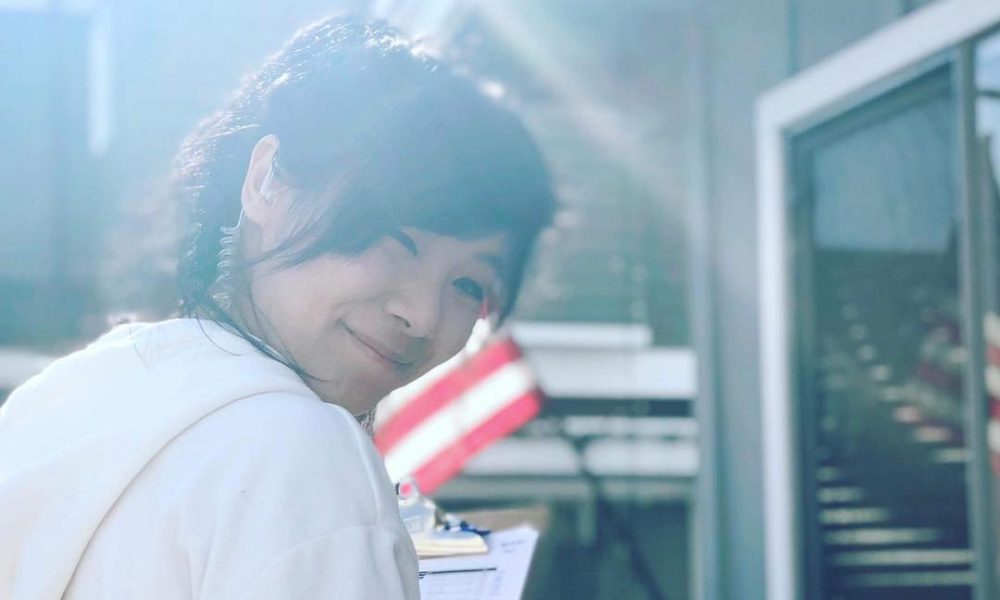 Today we’d like to introduce you to Pongkarnda “Kik” Udomprasert.

Kik, please share your story with us. How did you get to where you are today?
The biggest thing for me is to never waste a second of my life when it can be used to achieve something. If I can use this life to pursue the career path that I wanted, to use that career and create meanings to my life and others, to do all the things and go on all the adventures I could, to see as much of the world as needed to be seen, to learn about the people and the cultures that are different from mine, so I can leave this world understanding as much of it as I possibly could, I’d go all in.

There are two parts to my life–professional and personal.

Professionally, I’ve wanted to be a film director since I was 10 years old. Luckily for me, it’s been 17 years and that dream has never changed. I want to make films that people can relate to. I want my films to give them a taste of something that maybe our world is lacking and that their souls are hungry for–things like humanity, sympathy, true friendship, the bare bones of human connection. I naturally lean more towards drama but I’m trying to branch out to other genres as well.

As a person, I grew up being bullied nonstop from the first day of elementary school all the way into high school. These, unlike the more physical abuse in the American school culture, were verbal and mental abuse. My classmates would form a circle around me and throw mean, judgmental words at me, some of which were true, most were not. But because these started when I was 5, I couldn’t tell them apart. I grew up believing that unless I keep changing myself to be who my friends want me to be, I will never make a friend.

This torment forced me to look at my life beyond what friends can provide–what can I do for myself? What kind of life do I want to lead? What adventures do I want to go on? I’m partly thankful for it because as an adult, I’m not afraid to be alone or to do things alone. I’d go on a 10-day road trip to hike dangerous trails and jump off a tower in Vegas all by myself or go skydiving all by myself. I take this as a gift my childhood experience has given me.

We’re always bombarded by how great it is to pursue your passion, etc. – but we’ve spoken with enough people to know that it’s not always easy. Overall, would you say things have been easy for you?
It definitely wasn’t a smooth road becoming who I am today. With the constant bullying at school, I grew up with pretty serious self-esteem issues. I hated myself and would always feel insufficient. I’d sometimes come home from school and ask my parents if I was a bad person. It wasn’t until about a year ago that it all came full circle in my head and I finally realized that I didn’t have to be defined by what other people told me, especially ones that didn’t mean well. I, fortunately, got rid of the part of me that felt insufficient and I became a lot crazier with living my life. If you feel that some 20 years worth of your identity was stolen from you, you’d likely cherish the years you have left ahead of you a lot more.

For the young women growing up or starting out your professional career, do whatever you can to get a firm grip on who you are and what your values are. There will be people who care for you and support you along the way, but there will also be the ones who don’t–these people will tell you many many things about you that are not true, and their words will feel so powerful that they will sometimes drown out the words of support. In moments like that, hold on tight to who you are. When people say horrible things to you, it’s a projection of how they see the world, sometimes it even reflects how badly they feel about themselves. Don’t let it get to your head. Don’t let them tell you who YOU are. Keep doing what you do and keep moving forward.

We’d love to hear more about your work.
My career goal is to be a director.

I have directed a couple of short films so far, but there’s a career line you have to cross as a director before you can actually make sufficient money off of doing it. I’m currently developing a feature script that I’d like to direct and fundraise independently and hopefully, it’ll open doors for me in that arena.

To make a living, I work as an Assistant Director on other people’s productions. Despite having the word “director” in the title, the job is all administrative and logistics-heavy. We deal with that aspect of the shoot so that our directors can focus on their creative visions. My responsibilities are to come up with a shooting schedule that is time and money effective, to help the crew move along and make the days, even if it means sometimes throwing the pre-planned schedule out the window and doing whatever it takes. The easy way I explain my job to the non-film crowd is to tell them this–When the director says “I want THIS to happen,” I ask myself “How do I make THIS happen?”

As I’ve already mentioned earlier that I want to make films that gives meaning to lives as a director, I take pride in my day job as the Assistant Director because when we’ve successfully made it through a film shoot, I’ve taken part in making something happen for other people–sometimes the projects I’ve helped carried through were factors that will define the producer and director’s professional careers. It is a rewarding feeling. This is giving meaning to my life in a different way.

We’re interested to hear your thoughts on female leadership – in particular, what do you feel are the biggest barriers or obstacles?
The biggest barrier of them all is invisible. I believe it is the stigma that is put there by hundreds of years of working culture where men were heard and women were expected to remain silent.

Sexism, like racism, is deeply rooted and will take decades if not centuries to come undone.

Because the director’s club has been a boy’s club since the beginning of Hollywood, it’s still a lot easier for a male filmmaker to say “I’m a cinematographer and a director” and be taken seriously as a director. But when a woman say “I’m a writer and director,” it’s more common for people to just go “Oh she’s a writer.”

I’ve noticed as an AD that sometimes it’ll take the first couple hours of the day for crew members to start listening to what I’m saying, whereas when I work on a set with a male AD, people would start listening to him from the get go.

It is a lot of work constantly having to prove yourself just to be able to do your job. But as long as I speak my mind, address these problems, push through, and do my best, there’s nothing else left to be done. The women just have to push through until the culture recognizes us. We pave the way for the next generations of women just like how the older women did for us. 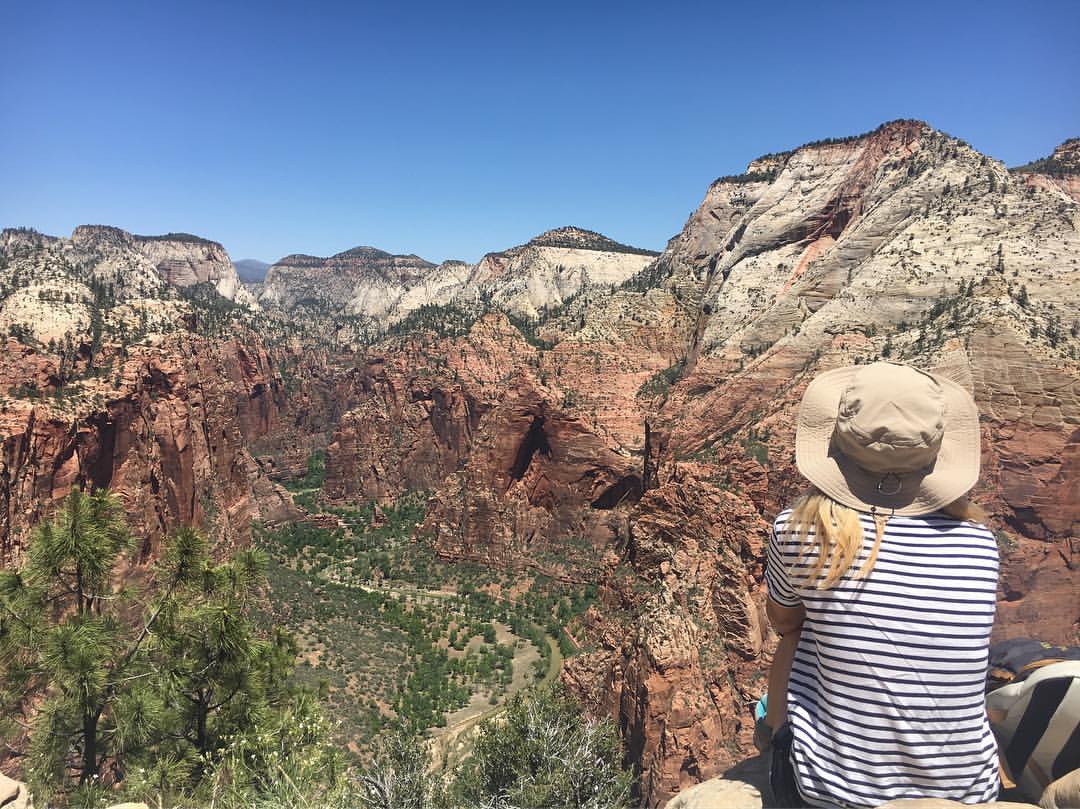 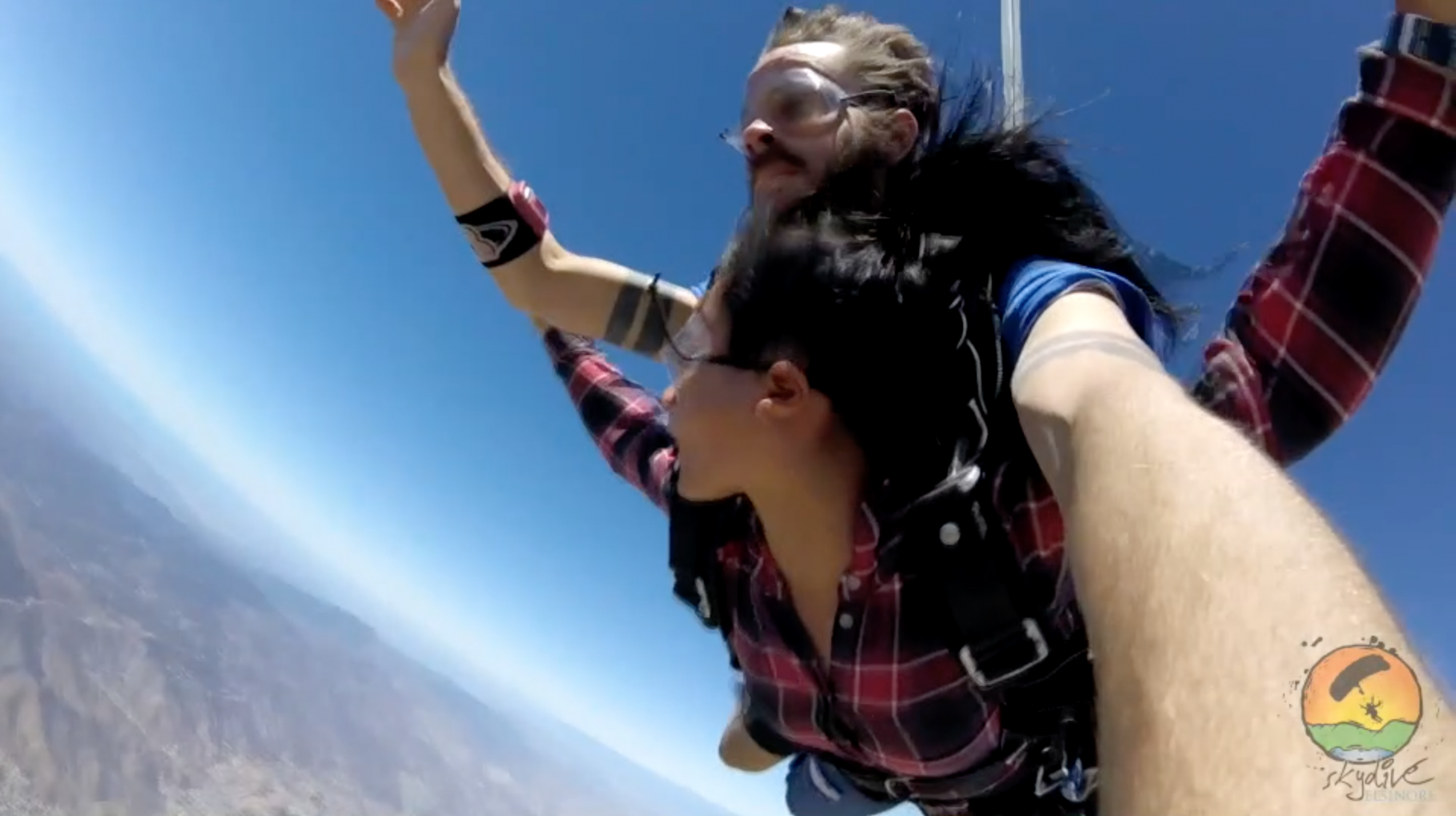 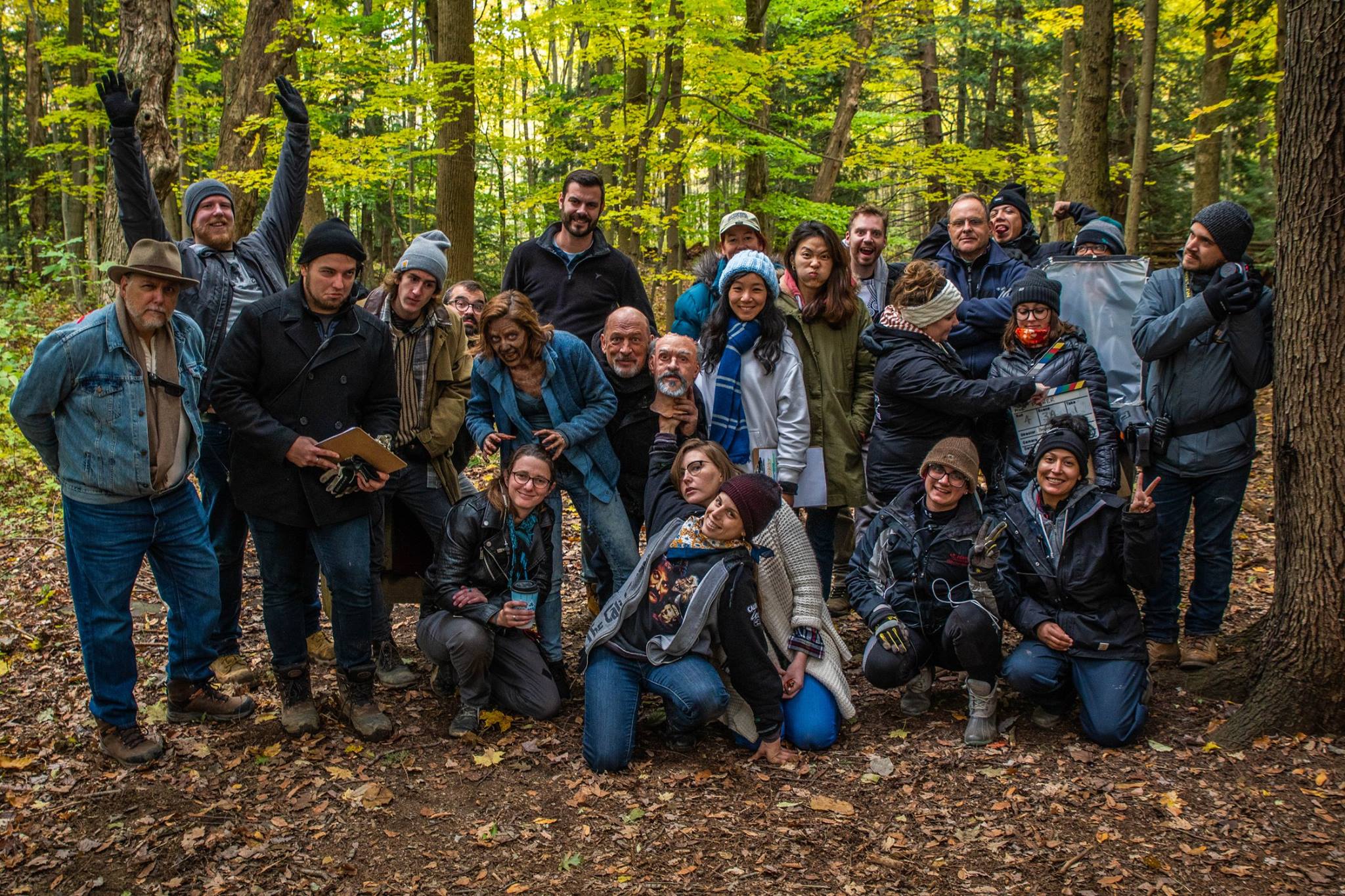 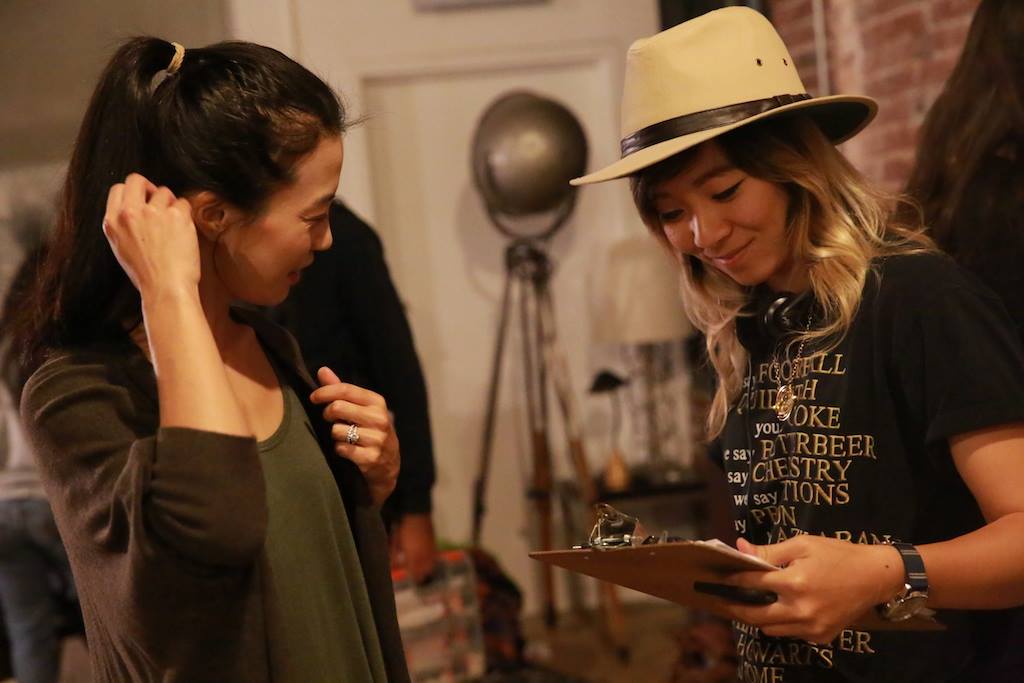 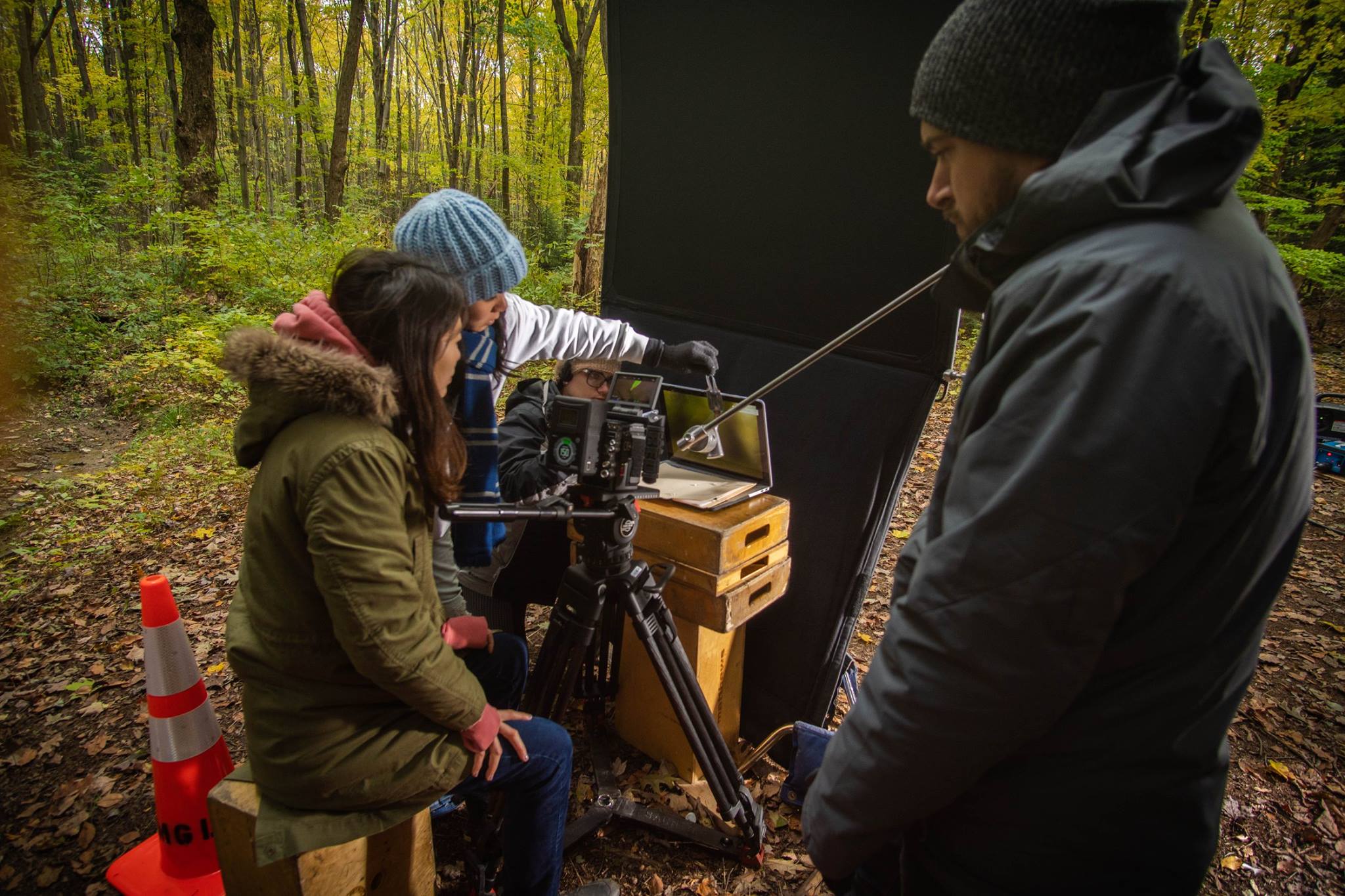 Image Credit:
Grant Larson Productions, LLC (for the 2 pictures of film shooting in the woods)