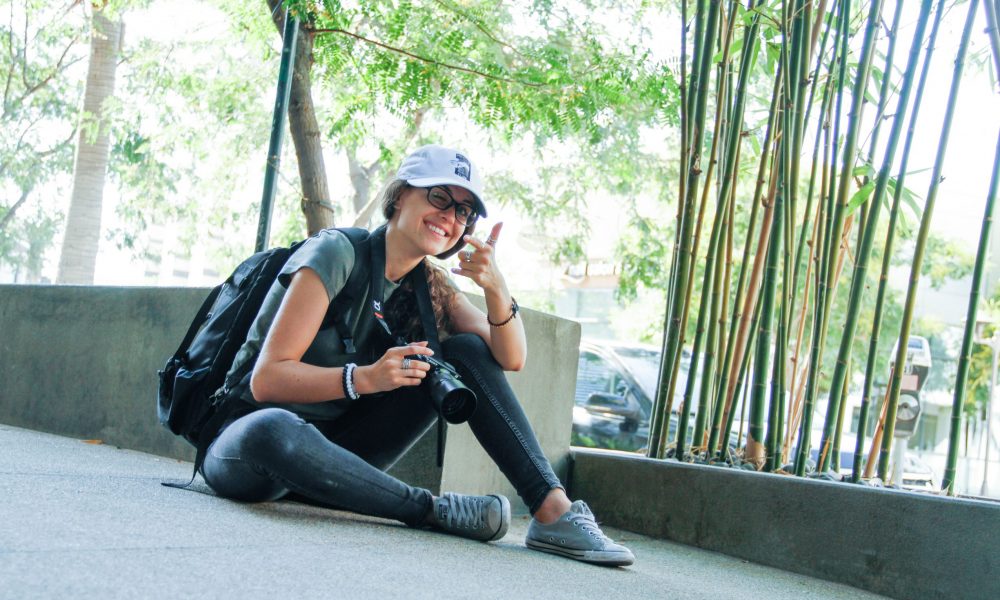 Today we’d like to introduce you to Olivia VanCampen.

Olivia, let’s start with your story. We’d love to hear how you got started and how the journey has been so far.
I grew up in Boston, MA, and from a young age, I always had a very creative spirit and energy that I brought to every room I entered. I grew up very involved with music, movies, and theatre, and began making little films with my younger sister when I was about 11 or 12. We would make music videos and sketches and along the way, I taught myself to edit and my love of video editing was born there. When I got to high school, I got very involved with my high school’s video department and was accepted into the all year film class, where I was one of three girls in the entire class. I was trying to find a film job but I eventually found a job at Benoit-McCarthy Photography, where I developed my skills and love of the camera even more. I loved being able to study my craft so closely in my little hometown. My first project where my editing skills were put to the test was when I directed a music video for our schools a cappella group, and I to this day believe it is one of the coolest things I’ve ever had the privilege of creating. I grew up with amazing friends who were always down to explore what we could create with photography, traveling all over the North Shore of Massachusetts to find more ways we could express ourselves. I credit a lot of my creative mindset and the way I view the world to my best friends growing up. After all my hard work in the video department working on various projects, I received a scholarship from my hometown television department and the next fall was on my way to study film in Los Angeles. My mom was someone who always told me I could do whatever I wanted if I put my mind to it, and I was so fortunate that she allowed me to move across the country to study what I love. She is someone whom I credit a lot of my ability to work hard for what I want and follow my creative pursuits wholeheartedly. I loved film school and have since then established myself as a freelance filmmaker with a specialization in video editing, while I additionally work as a 1st AD, Script Supervisor, and the occasional camera operator or 1st AC. I love all aspects of my field and an opportunity to work on a project or get on set excites me.

We’re always bombarded by how great it is to pursue your passion, etc. – but we’ve spoken with enough people to know that it’s not always easy. Overall, would you say things have been easy for you?
Moving to the other side of the country was definitely a challenge at first, LA really can seem like an alien planet to someone moving from a very different place. A lot of the challenges of trying to build something for myself out here was figuring out who I can and can’t trust and who I can and can’t work with. In a place like LA it’s so easy to get caught up in appearances and egos so navigating my way to find genuine creative collaborators was definitely a journey but so worth it in finding a group of individuals who I love working with and respect greatly. For any female creative starting their journey out here in LA, I would say specifically with men I found I had to learn how to figure out which men were hiring me for my talent and not for some other motive/intention. Also, it is so important to surround yourself with powerful women who are also working hard towards their goals, it really makes you not only want to work harder towards your goals but also be able to be creative with your friends and build a good community to be in. I now live in a creative all-female household, comprised of powerful women with interests ranging from filmmaking like myself to body painting and visual art and everything in between.

What do you do, what do you specialize in, what are you known for, etc. What are you most proud of? What sets you apart from others?
I am now mostly doing freelance gigs, being video editing, photography, assistant directing, and script supervising. I have had the privilege to work on a variety of big productions, film festivals, and various projects. I love being able to bring someone’s vision to life, and I am able to bring positive energy to each and every set I work on. I also really do my best to make it fun, the film world can be so serious sometimes and I try and make creating our vision for the project an enjoyable experience. I wrapped up my thesis film this past year, which is definitely something I am the proudest of. I plan on entering it into some festivals to get more exposure and share a story of a painful experience that I turned into an abstract piece of art. The film has no dialogue which is an element I try to bring to most of my films, I feel it is really powerful to create only imagery that tells a story and anyone, no matter what language they speak, can feel. I also really enjoy directing and editing music videos, and I am looking forward to working on my own. I have always been a huge hip hop fan and over the years have become a skilled freestyle rapper, where I began roasting my friends at parties. People over the years told me I should try and start writing songs, so eventually, I started expressing myself in that way.

Exactly a year after I wrote my first song, I booked my first show. I now perform at various shows around LA and am working on releasing my first couple of singles. My stage name is VIA and while it is not only the end of my name oli(via) it also stands for Vulnerably Inspired Artist. I feel so much the messages expressed in the rap industry are all singing one note; money, women, cars, etc. I feel that rap can be used to expressed so much more, especially with everything that is happening today in the world. I have songs discussing everything from mental health and anxiety, to the education system, to really accepting who you are. While for years I called myself a filmmaker and photographer, I am happy to add new skills to my tool belt and simply call myself an artist on all fronts. I think that expression is key and whatever medium you can use to express it, you should go for it.

What’s the most important piece of advice you could give to a young woman just starting her career?
For any female creative starting their journey out here in LA I would say specifically with men I found I had to learn how to figure out which men were hiring me for my talent and not for some other motive/intention. Also, it is so important to surround yourself with powerful women who are also working hard towards their goals, it really makes you not only want to work harder towards your goals but also be able to be creative with your friends and build a good community to be in. I now live in a creative all-female household, comprised of powerful women with interests ranging from filmmaking like myself to body painting and visual art and everything in between. The greatest thing about today is that people are listening to what women have to say. Our voices are louder than ever and are moving mountains in a multitude of industries. In the filmmaking aspect, more women are leading films, and more female-based issues are being discussed in film, most recently Mindy Kaling’s film Late Night which discussed female writers in Hollywood and the struggles involved. Ten years ago, a script of that nature would probably not be given a second thought, and today more and more stories like that are able to be told, expressed, and engaged with by a mainstream audience. What we see in the media and on-screen impacts us far more than we realize on a subconscious level, so the more inclusive stories we are exposed to the more accepting and overall better our world will be. In the music aspect, I feel it is very similar, we have been following a similar narrative for too long now. I also feel because I am a female in the rap industry I am going to have to work harder to be taken seriously, but I also feel that is an advantage. Looking extremely different than what you envision in your head when you hear “rapper” I feel is my strength where I bring the element of surprise in my cadence and speed ability in my rapping, and once you hear the lyrics and what I am discussing, I feel then I will have the ability to provoke change and inspire others to be themselves and express themselves fully and not be shy of navigating towards a medium just because you don’t fit the mold of who typically fits that role. 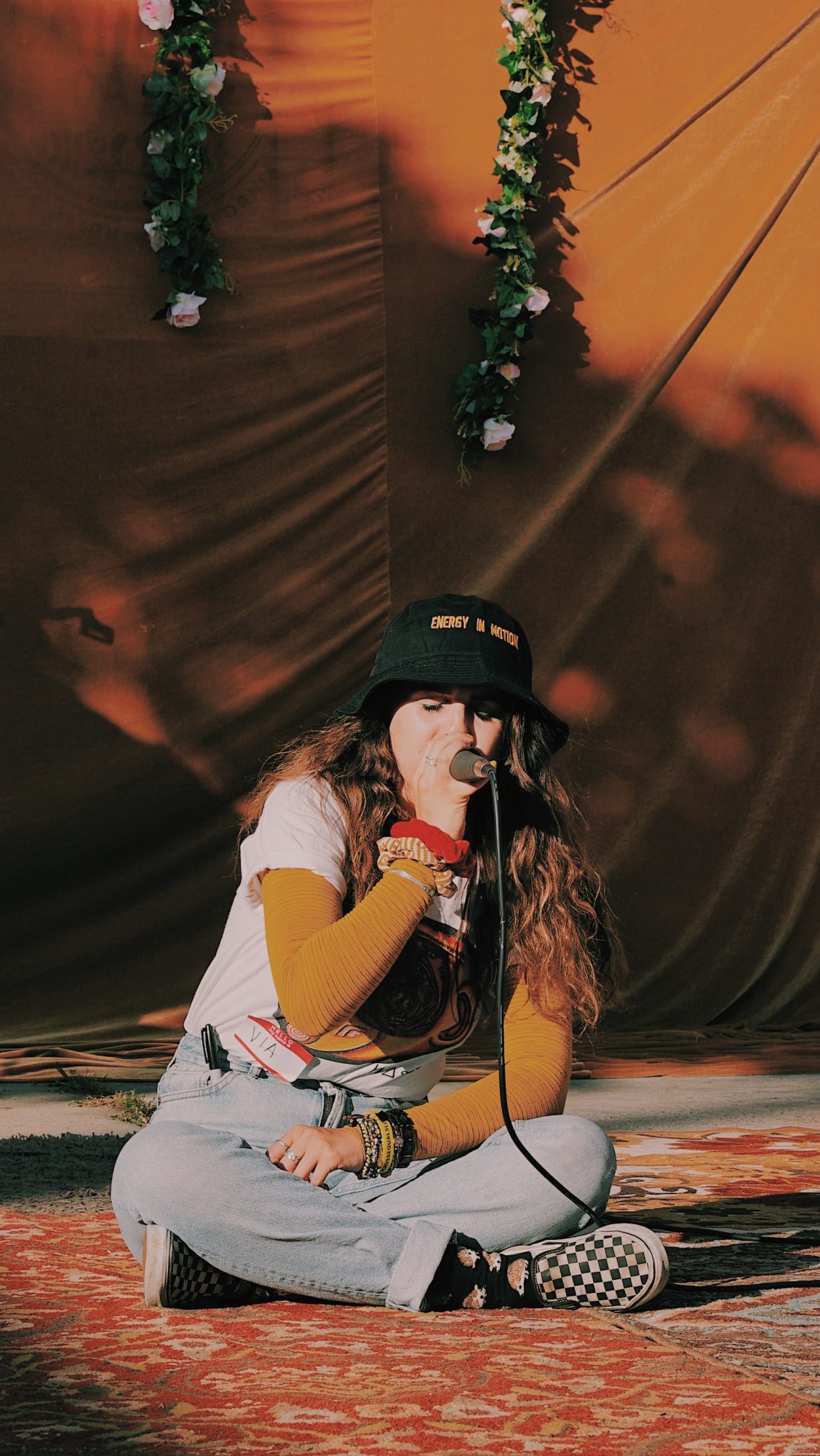 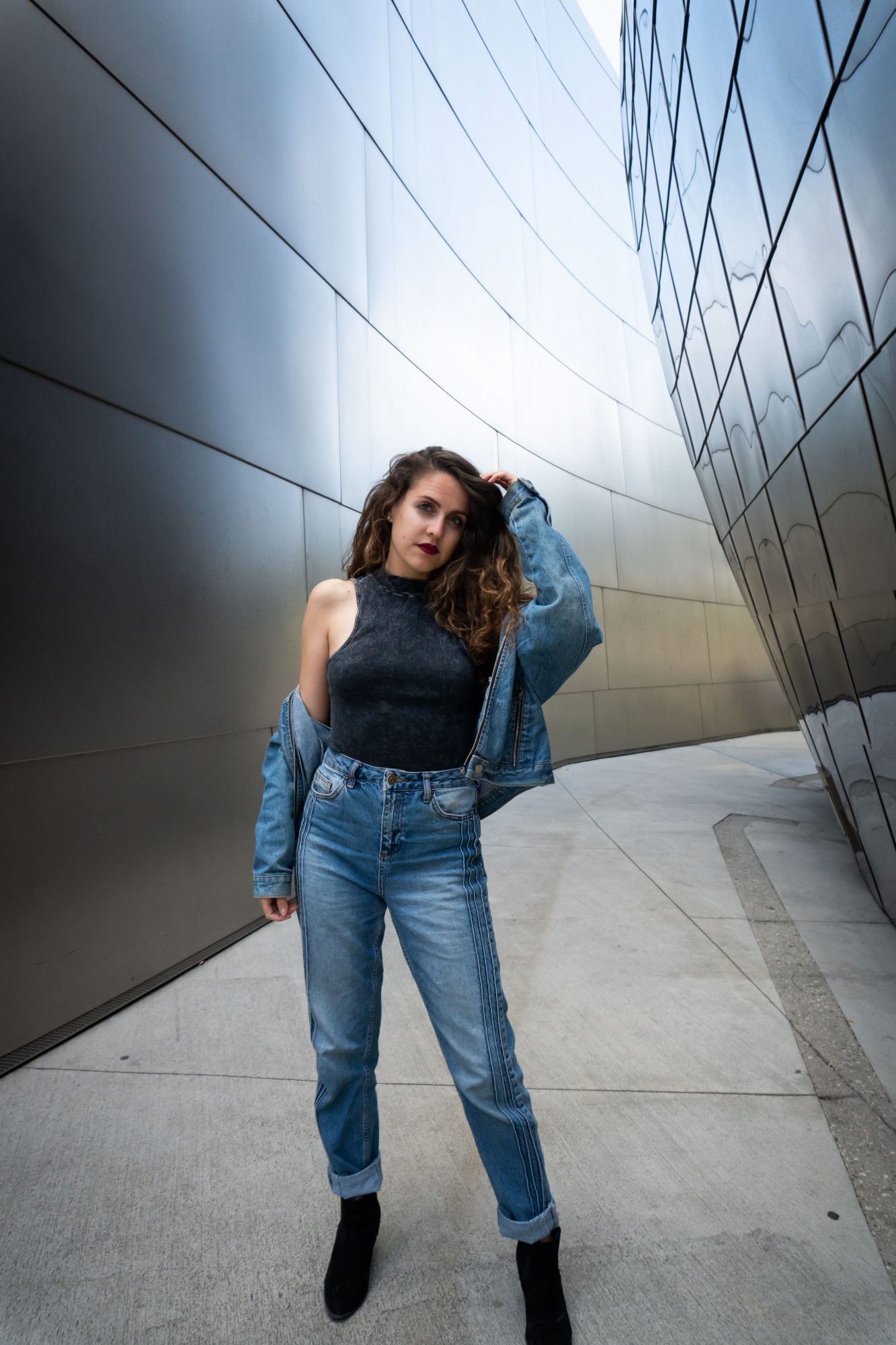 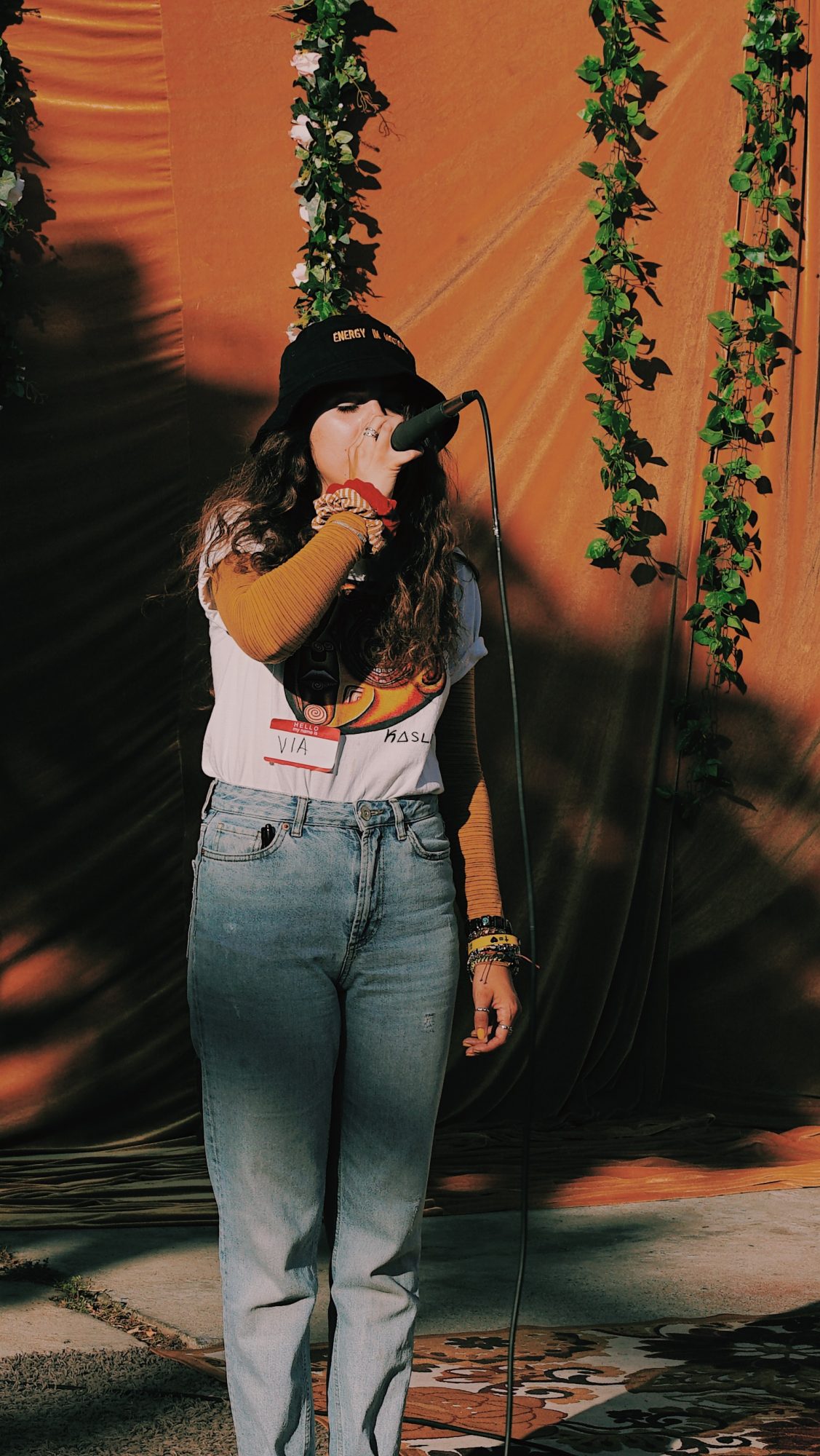 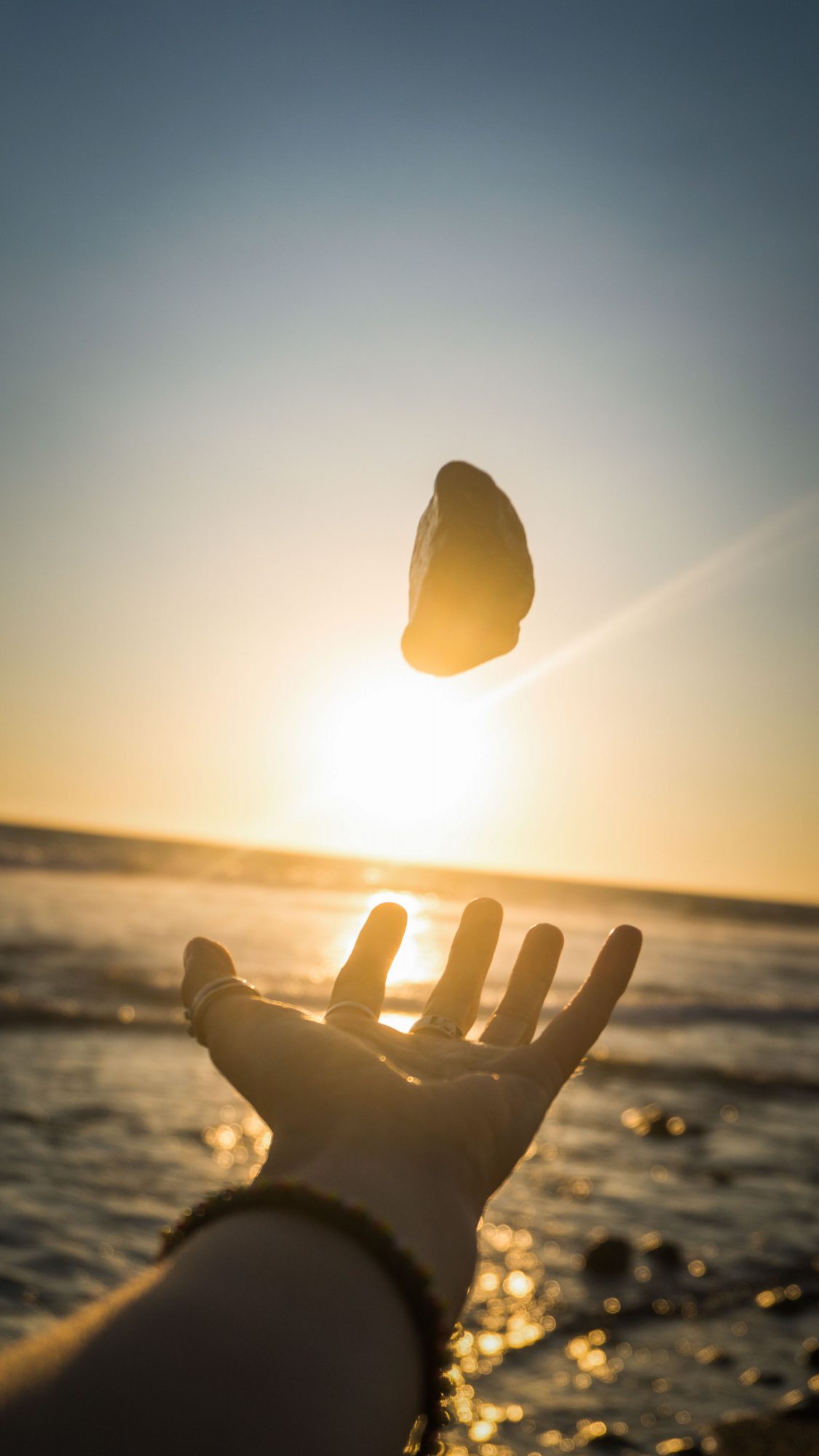 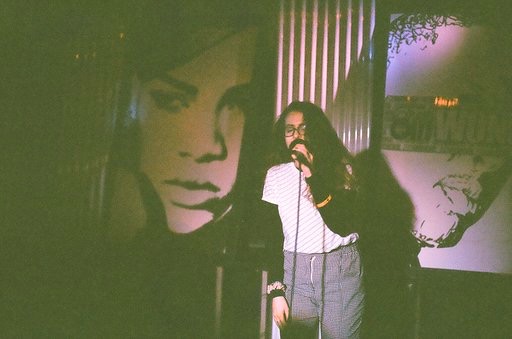 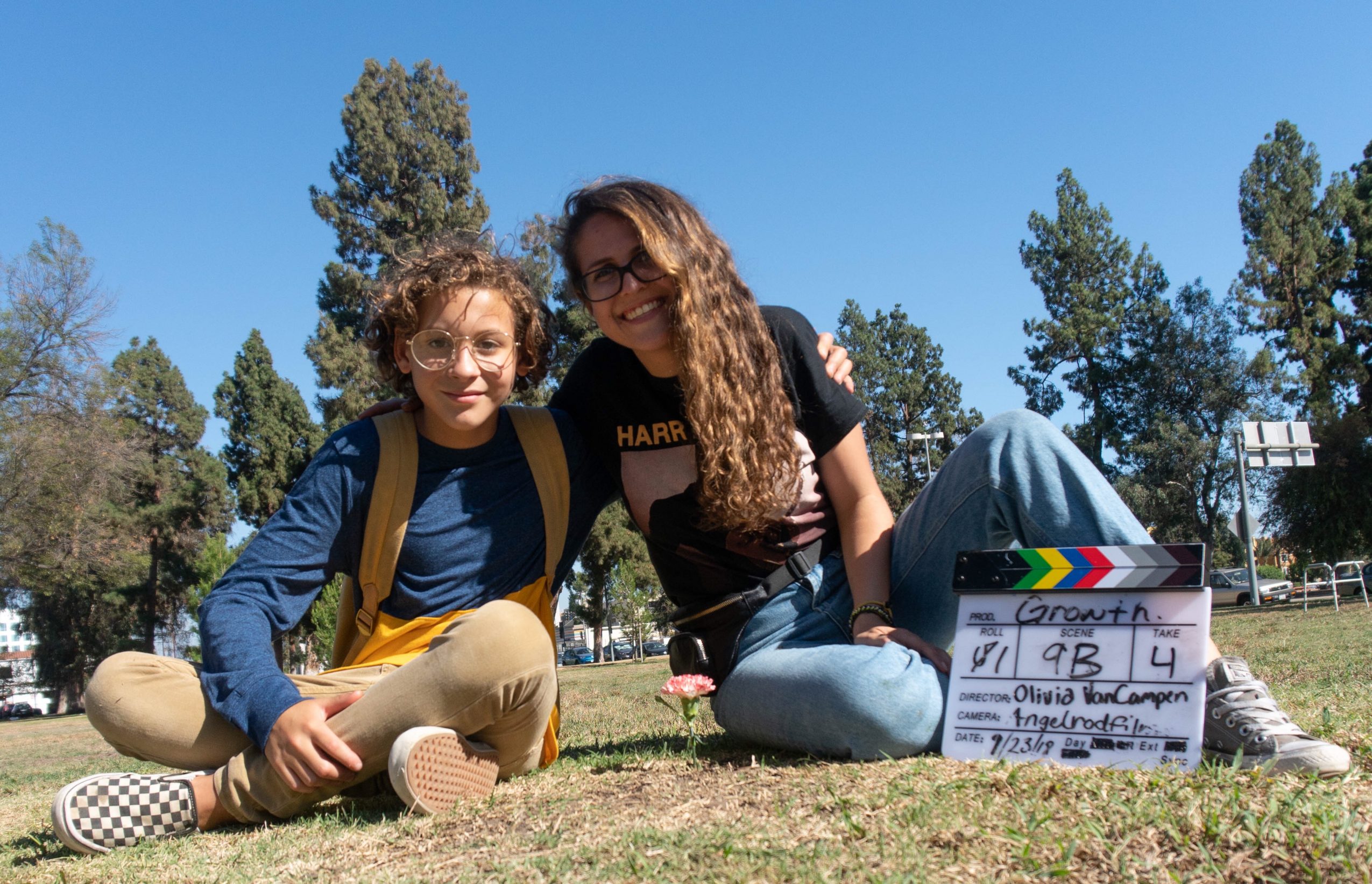 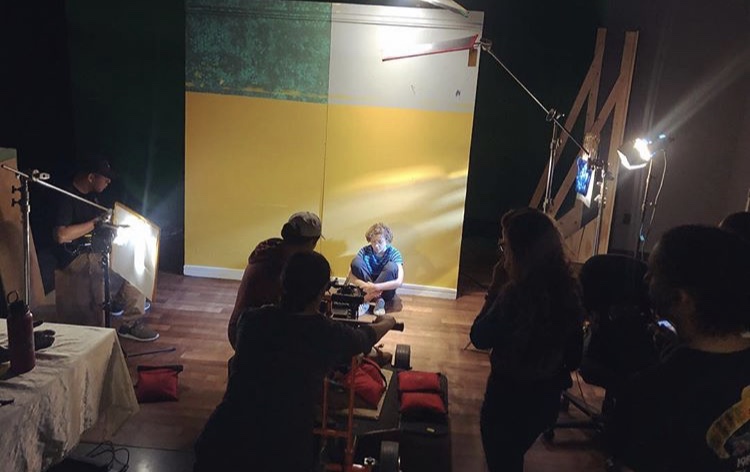