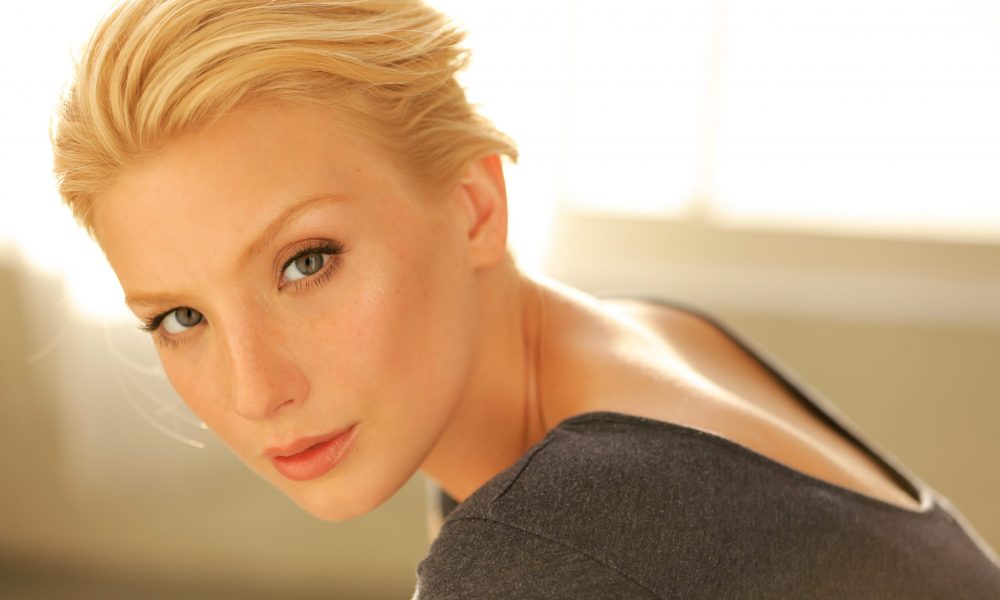 Today we’d like to introduce you to Natalia K. Grace.

So, before we jump into specific questions, why don’t you give us some details about you and your story.
I’m Natalia K. Grace (also known as Kucharina) and as corny as it sounds I am addicted to the storytelling. I had quite a journey before I settled down in Los Angeles and started my life in art as an actor, comedian and yoga advocate. I was always passioned about art. Born in Russia, I explored the world through the movies I watched including the emotional world of my own. But I had this idea that creating art is a luxury I will never be able to get. Even though I performed on stage since I was five years old as a contemporary dancer, I treated my passions as a hobby. I got my degree in Financial Management from The National Research University – Higher School of Economics in Moscow.

Upon graduation, I worked as a business executive in Moscow. Despite many career successes, I never felt neither belonging to the corporate world nor fulfilled by what I was doing and I finally decided to change careers. Almost immediately after I made this decision, I got offers from two acting agents at the same time, Russian and American one. Not sure which one to choose, I entered the scholarship competition to study acting for film in New York Film Academy (NYFA). I won talent-based scholarship and moved to Los Angeles. Life is amazing, it always guides you when you know what you want.

We’re always bombarded by how great it is to pursue your passion, etc – but we’ve spoken with enough people to know that it’s not always easy. Overall, would you say things have been easy for you?
This is such a great question. Well, it is quite challenging to change the country, the language, the culture, the profession, leave your family and friends. So it’s really important to remember the Why and to have a playful attitude, the willingness to learn and learn and learn. But at some point, in my second year living in LA, I had a feeling that the whole world was against me. I got cast for a big project that unfortunately fell apart a week after they’ve sent me an offer. The same week I started having lots of unexpected problems: first with the place I was renting, then with my health, my family was pushing me to come back to Russia. Then I was harassed at the commercial project I was doing, which placed the “cherry on top”. I had my first ever panic attack. I thought I’m dying or at least having a heart attack. This experience taught me so much! Since then, I have discovered some amazing self-care tools to get “unstuck”, heal my trauma and tap into knowing and trusting my true inner voice more. I deepened my yoga and meditation practices, went through several trainings and workshops. I’ve learned how to ask for help (that was a big one) and I’ve met wonderful people, some of them became my true friends. Sharing the knowledge, I gathered over those years through my work as an artist is a real blessing.

We’d love to hear more about your work and what you are currently focused on. What else should we know?
I’ve been lucky enough to perform on the Los Angeles theatre scene. Collaborated with many talented directors. Among others, I worked with director Mary McGukian – an award-winning director, writer and producer with more than 20 years experience in the Industry. I played Natalie in her feature A Girl From Mogadishu. Based on the testimony of Ifrah Ahmed, who – having made the extraordinary journey to escape war-torn Somalia – emerged as one of the world’s foremost international activists against Gender Based Violence and Female Genital Mutilation. The story speaks to all of refugee status, sexual violence in conflict, gender-based violence, the asylum system as well as FGM. Fundamentally, A Girl from Mogadishu celebrates the power of testimony. How, when women find the courage to stand-up, speak out and tell their truth, the impact can be more than inspiring and empowering, and act as a meaningful catalyst for change. Aja Naomi King stars as Ifrah. It was a gift to work with Mary, Ifrah and Aja and to see such commitment to dramatic storytelling from a female perspective, to campaign for equal opportunities for women in the film industry and applaud the recent upsurge of attention to this issue.

Lately, I have discovered a tremendous interest in stand up comedy. I was practicing improve at The Groundlings since I moved to Los Angeles and I do love comedy dearly. But I never performed a stand-up set. Too scary, right?!! A couple of months ago, I became obsessed with going on stage and practicing this art at the open mics. Speaking of my forever love for a comedy genre – I am absolutely thrilled about working with fantastic Dennis Dugan on the movie he wrote, directed and starred in called Love, Weddings & Other Disasters with Jeremy Irons and Diane Keaton. It is a multi-story romantic comedy about the people who work on weddings to create the perfect day for a loving couple – while their own relationships are outlandish, odd, crazy and far from perfect. I played the part of Alana – a foreign contestant on the TV Show hosted by Dennis Dugan’s character Eddie Stone. Currently in post.

What’s the most important piece of advice you could give to a young woman just starting her career?
Some of the things that work for me: Successes will be mixed with disappointments and it’s super duper important to stay humble, curious and hungry regardless any of it. It happens we forget about the bigger picture – but every effort has a path. Meditate, study your mind-body connection, your emotions. Study you! It is liberating and so helpful to recognize the value of your failures and to have no fear of making mistakes. Trust yourself, learn more – always, ask questions and voice your opinion. Experiment, have fun! Build your tribe. It’s amazing to see how many beautiful things we can do together. Don’t be a stranger! Smile more often. 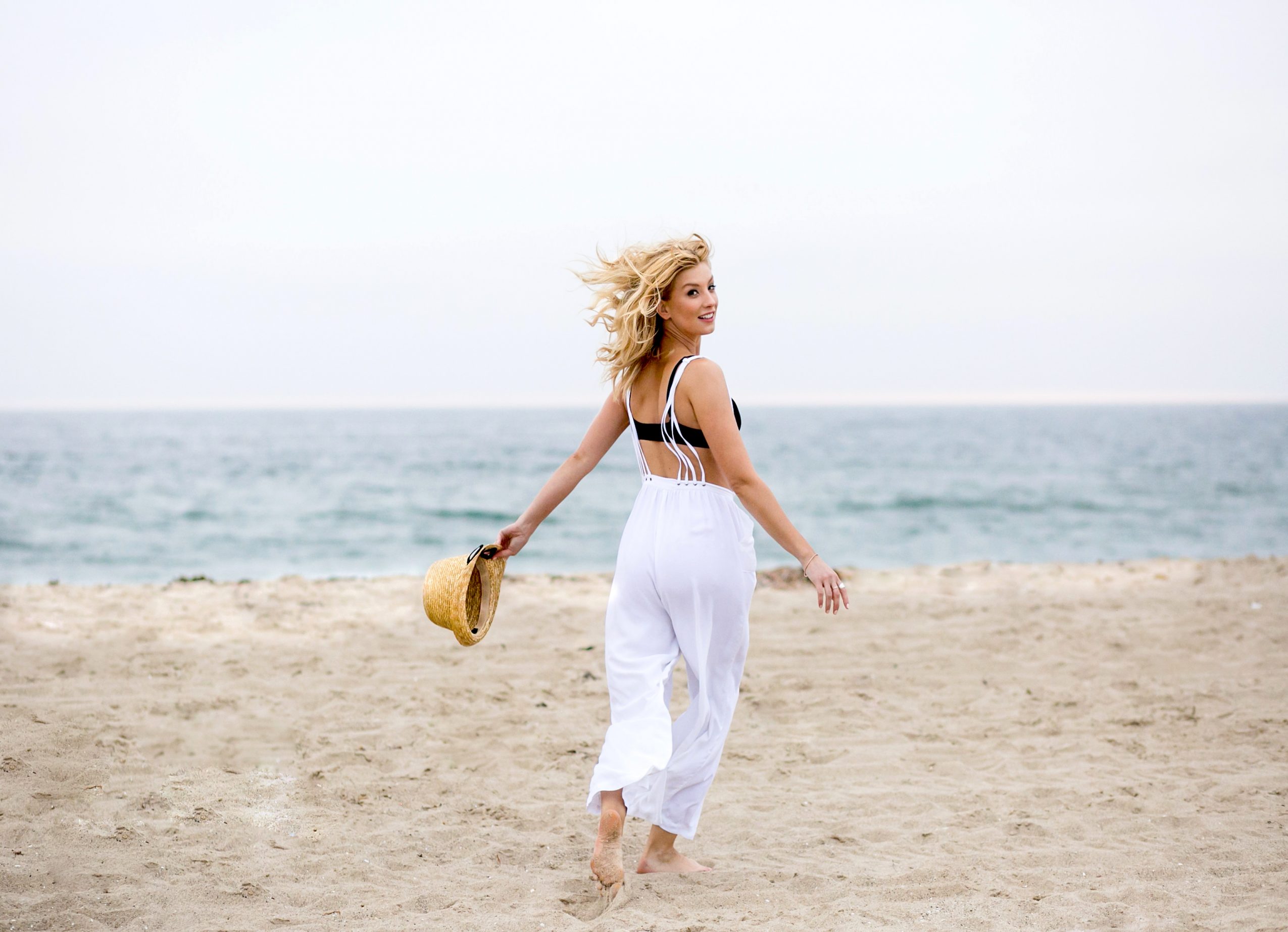 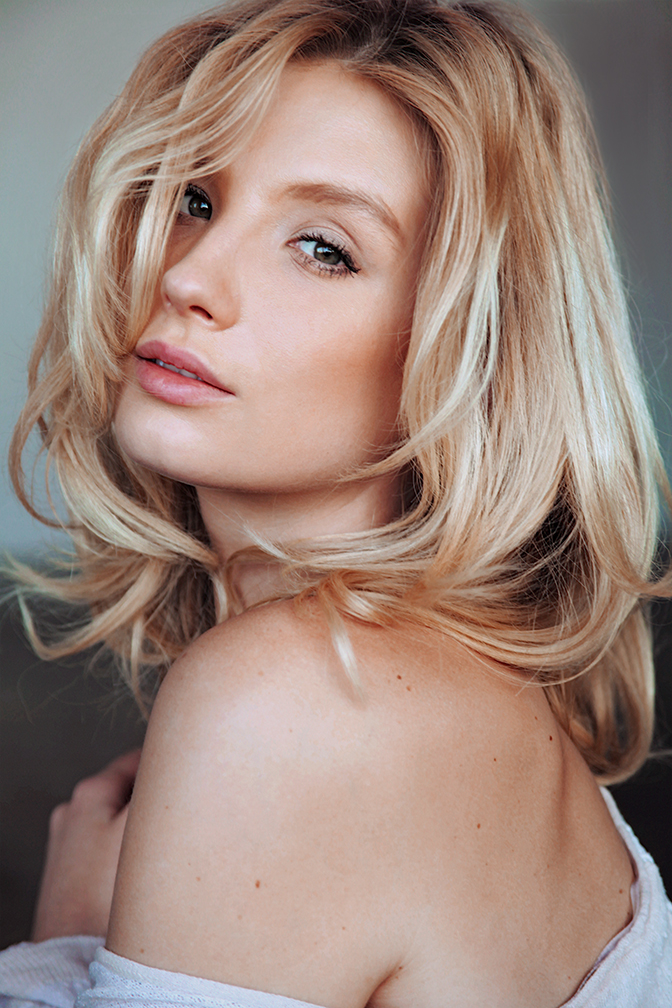 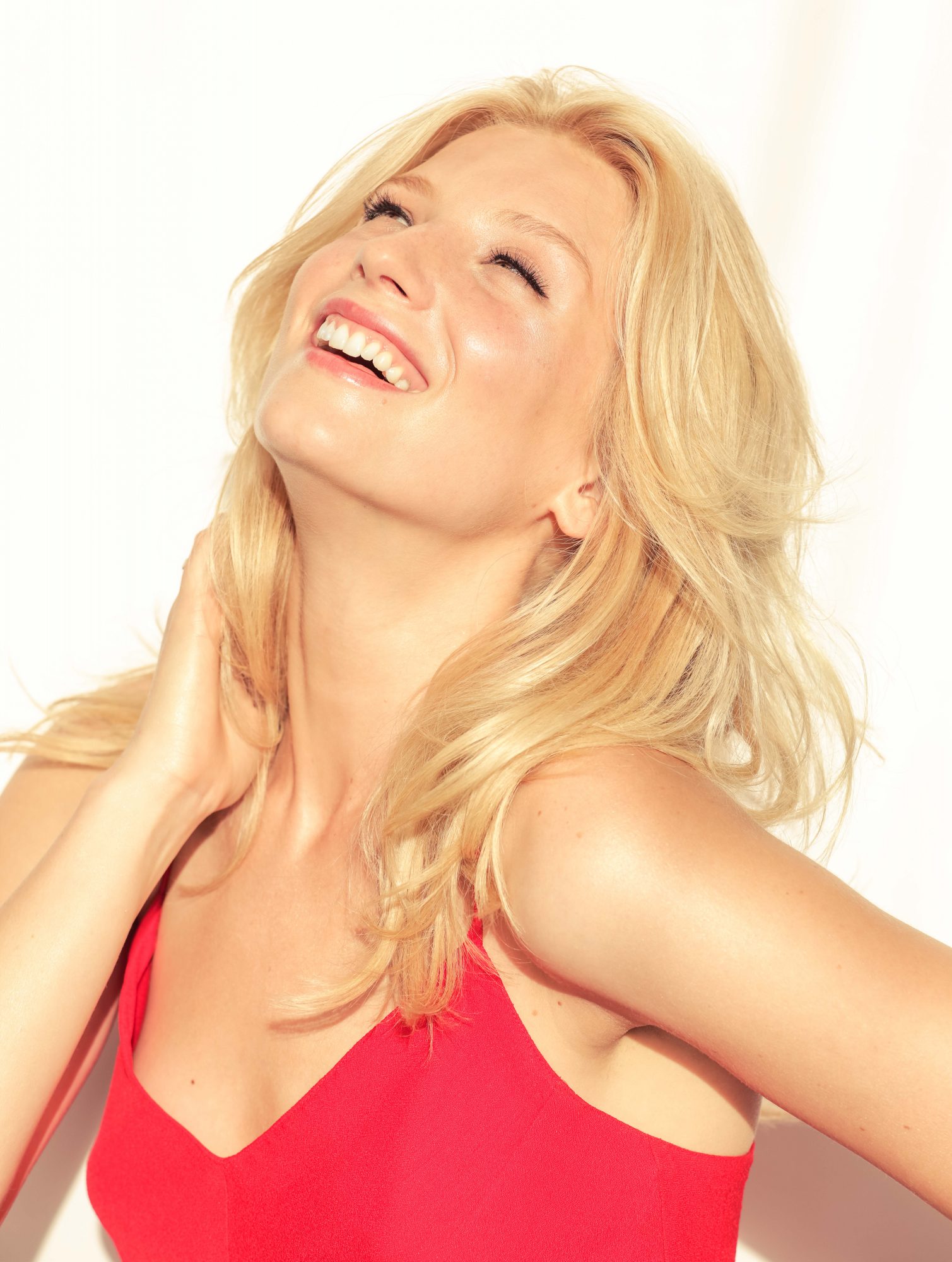 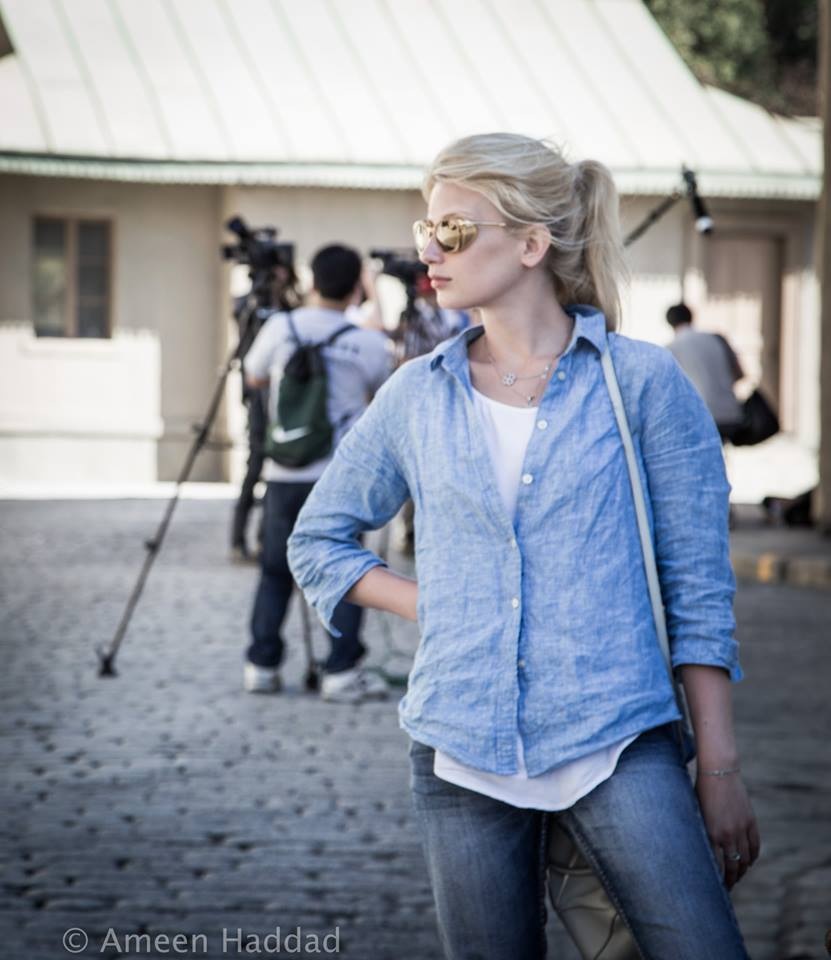 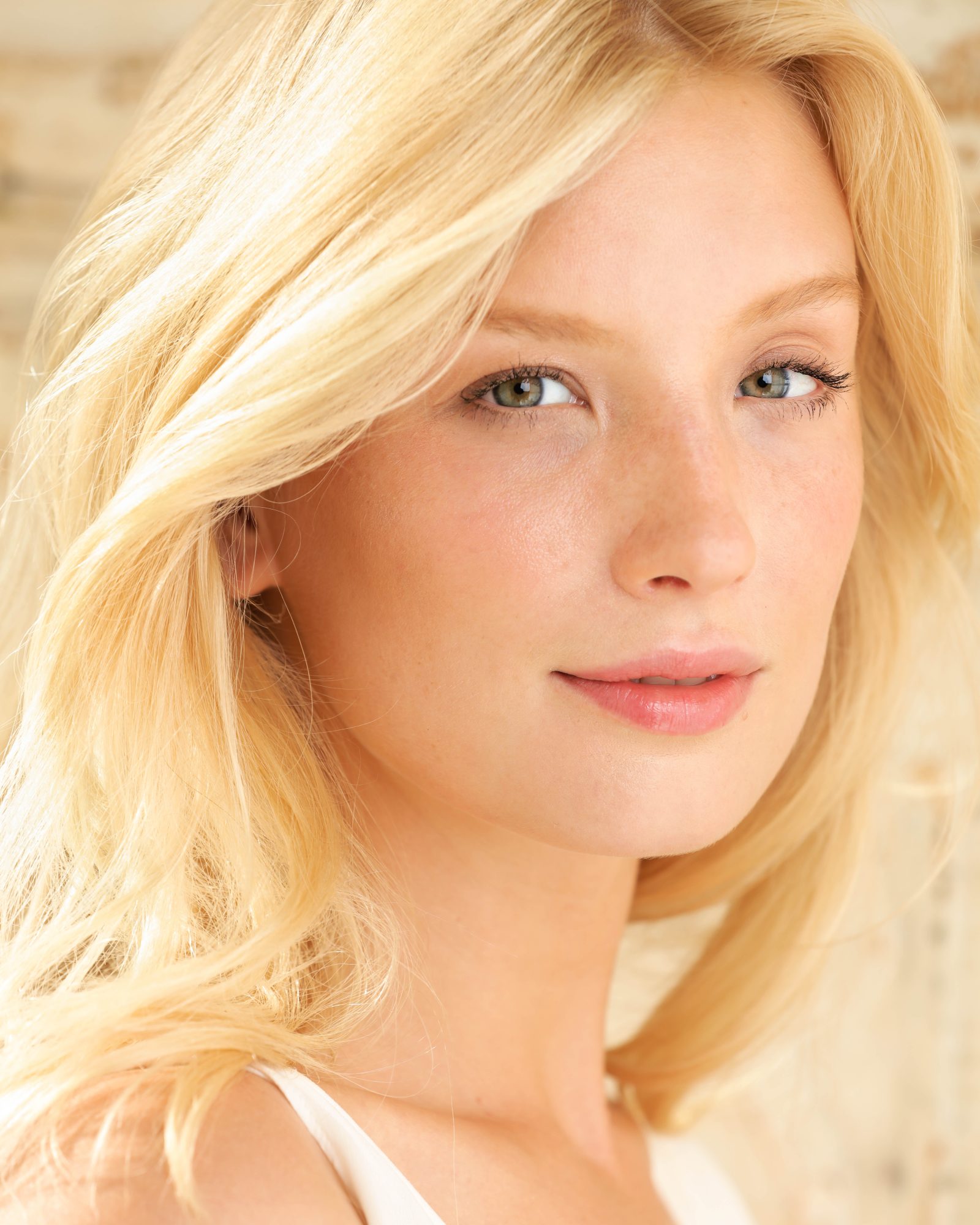