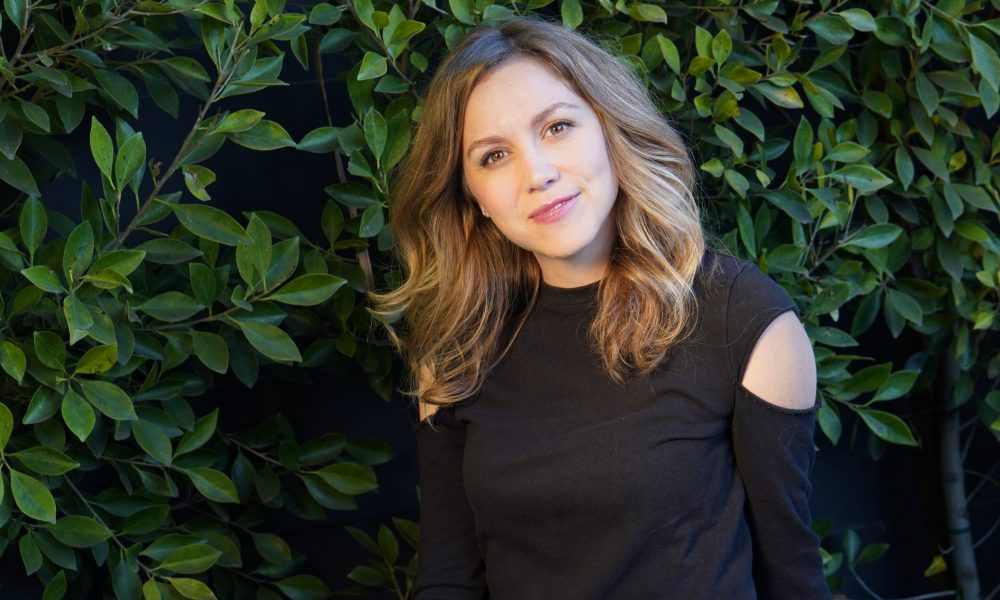 Today we’d like to introduce you to Marcy Minton.

Marcy, can you briefly walk us through your story – how you started and how you got to where you are today.
In second grade, I brought an inchworm in from recess on my hand, and it peed on me. I stood up in class and started jumping around and yelling, “It peed on me! This inchworm peed on me!” Before I knew it, the whole class was laughing. Not at me. With me. I was a comedian. Until then, I had never considered the fact that I might be funny — it just never occurred to me as being a thing. I had always been quiet and shy. But feeling my classmates’ attention gave me a sense of power that I had never known. I’ve never looked back.

I’m a writer, actor and comedian — writer first because that’s where I derive the most joy in the process. But comedy is infused in all of it. I love to write sit-coms, features, sketches — I blogged for about ten years when that was a thing — and I’m a marketing copywriter. I write video scripts for Wheel of Fortune and Jeopardy! and social content for He-Man and the Masters of the Universe, as well as other entertainment brands.

We’re always bombarded by how great it is to pursue your passion, etc – but we’ve spoken with enough people to know that it’s not always easy. Overall, would you say things have been easy for you?
No, it definitely hasn’t been easy. I have a theatre degree and moved to LA from North Carolina to be an actor. I’ve had a few strokes of luck, many near-misses, and many more rejections, as nearly all actors can understand.

The key for me has been to realize that it’s okay to change my goals and redefine success for myself. Instead of hustling for a specific end goal, I try to “follow the happy” and see where it leads. In 2006 I took my first improv class just for fun, and six years later, I was lucky enough to book a spot in the cast of Boom Chicago, a renowned improv and sketch comedy troupe in Amsterdam, Holland. That led to the opportunity to perform on two cruise ship contracts with The Second City. Getting to live abroad and see the world while writing and performing comedy for a living was magical, not to mention providing me with a lifetime of material and character studies. Improv was never part of my original plan, but it was fun, so I kept doing it. When you’re moving forward in joy, I think you become magnetic to amazing opportunities that you could never have planned for or even imagined.

We’d love to learn more about your work. What do you do, what do you specialize in, what are you known for, etc. What are you most proud of as a company? What sets you apart from others?
I like to write cozy little worlds — towns, schools, families, whatever — full of quirky, lovable characters who mean well despite their flaws. Years ago, when I started reading “Lord of the Rings” and they left the Shire to go on that epic quest, I was all, “No, just stay in the shire and eat those cakes! Let’s just spend some time in this magical little world!” And I hate conflict! I know it’s necessary to move a story forward, but I write the warmest kind of conflict that I can get away with. There is some real darkness in the world, and sometimes we all need a break from that.

I also strive to write stories with female protagonists who are, in spite of their flaws, strong, brilliant and unapologetically feminine. We still lack WOMEN in so much of what’s out there. We’ve got the characters who are there to serve men — love interests, moms, baristas, etc. — and we’ve got “strong” women whose strength is still defined by a masculine ideal. Femininity in itself is thought of as weak, and that’s just wrong. I want to see femininity celebrated as strength — not simply female characters who are “strong” because they act like men. Things like intuition, empathy and emotional intelligence are superpowers, and it’s about time that’s reflected in media. So that’s what I try to write.

Speaking of strong women, a game-changer for both my life and work has been volunteering at the Downtown Women’s Center. I’m on the board of a small organization that puts together monthly events to hang out and have fun with the residents there. I’ve gotten to know some amazing women with experiences that are different from my own, and it has readjusted my outlook on what’s important. I think one of the best things you can do as an artist and human is expand your perspective by getting to know people outside your usual circles. We’re always looking for more volunteers, so if you’d like to learn more, email us at dwclaevents@gmail.com.

What’s the most important piece of advice you could give to a young woman just starting her career?
Ask for what you want, and don’t beat around the bush.

If you need a favor and know someone who might be able to help, ask, and be specific. Ask respectfully, but it can’t hurt to ask. If you can offer them something, all the better, but oftentimes your gratitude will be sufficient. Honestly, my biggest goals have been realized because I asked for favors and spoke up when I really wanted something. And follow up if you don’t hear back. People are busy, and they will probably appreciate that extra email nudge or that follow-up call. Then if you don’t hear back again, you can leave them alone and move on. And don’t forget thank-you notes! 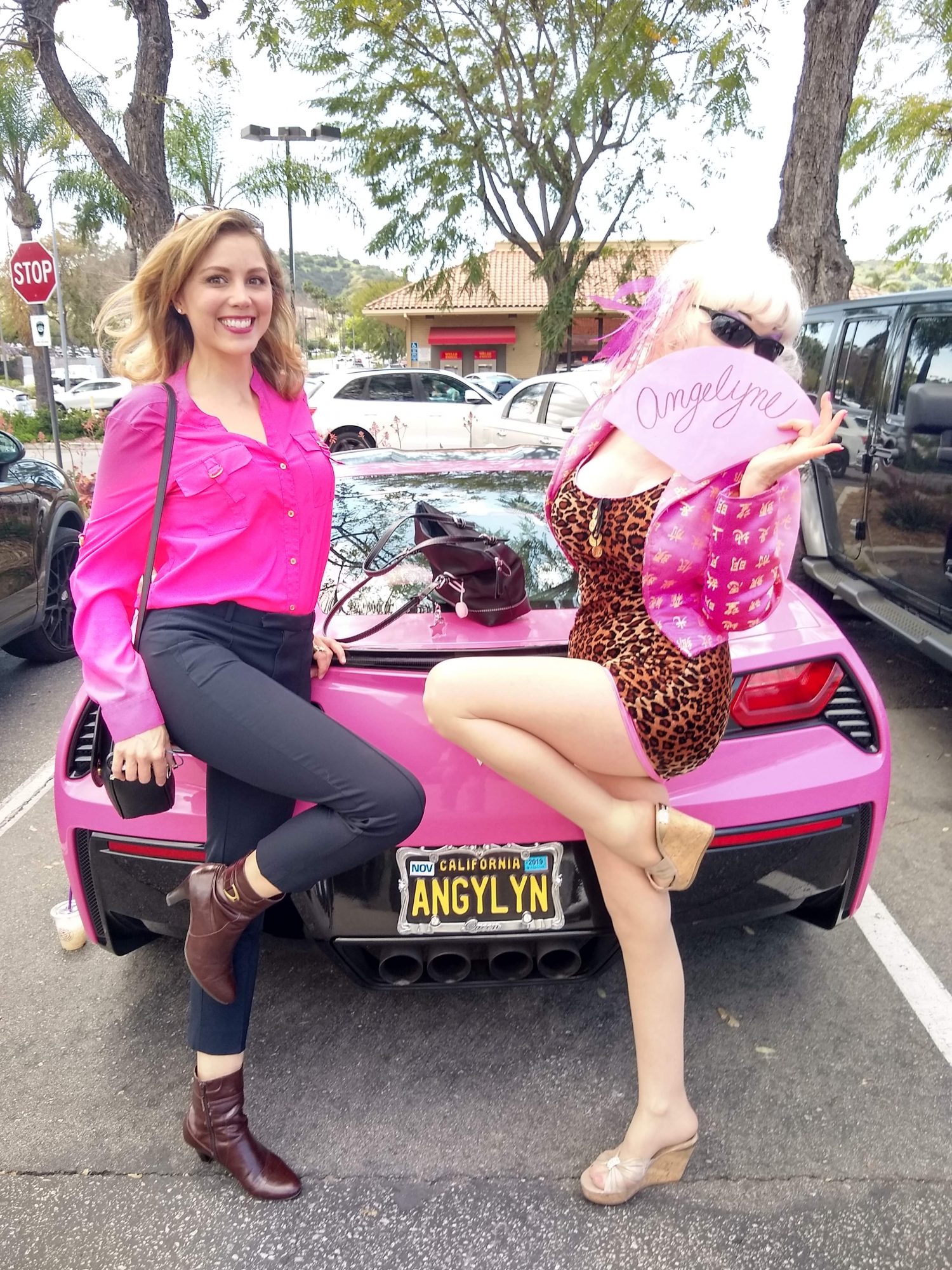 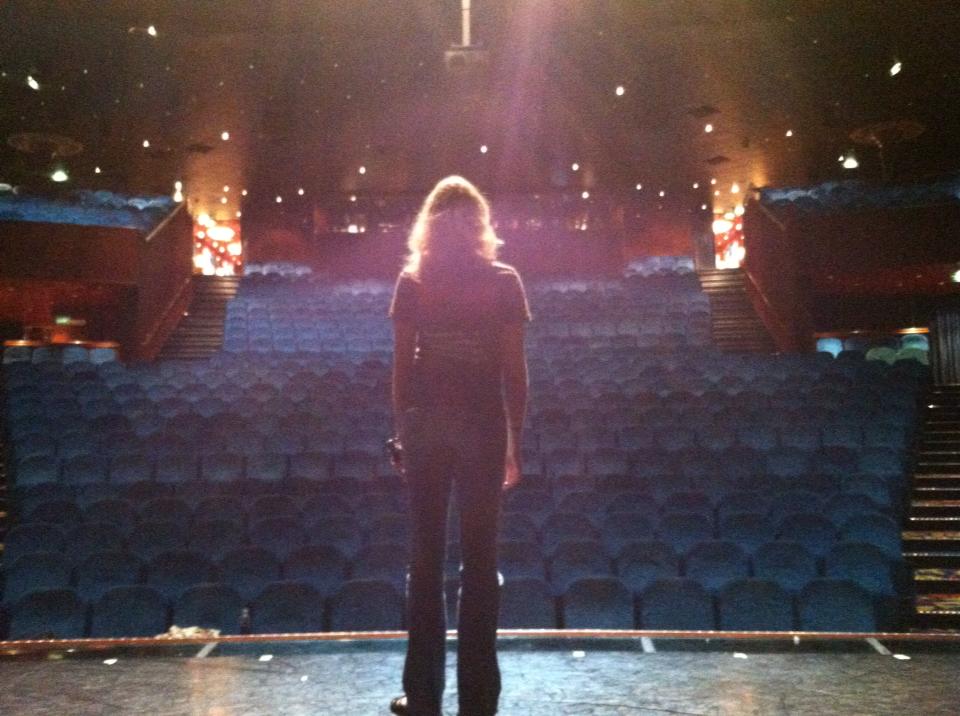 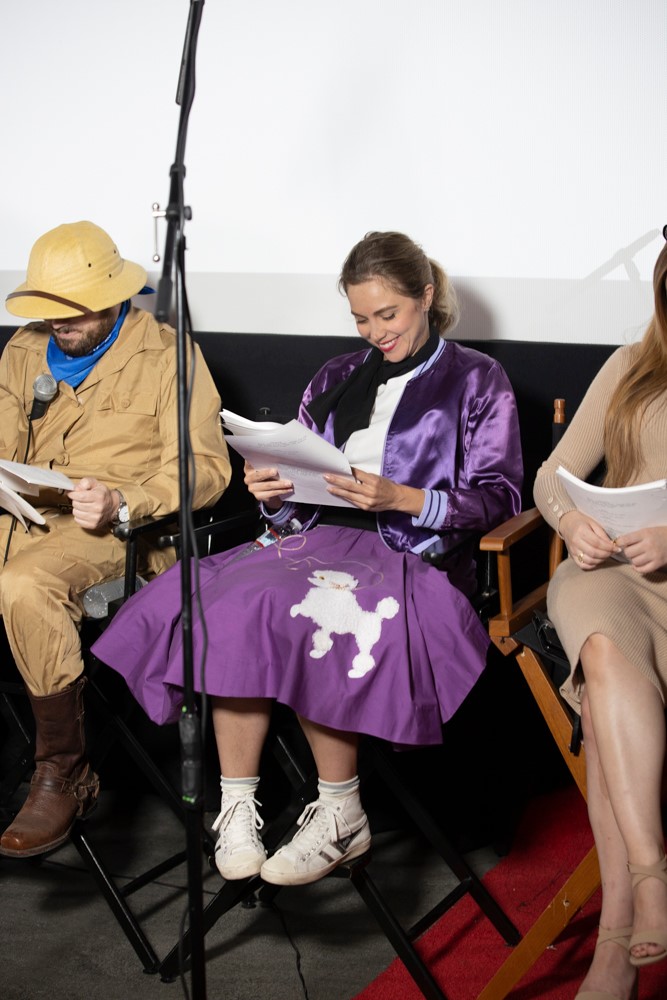 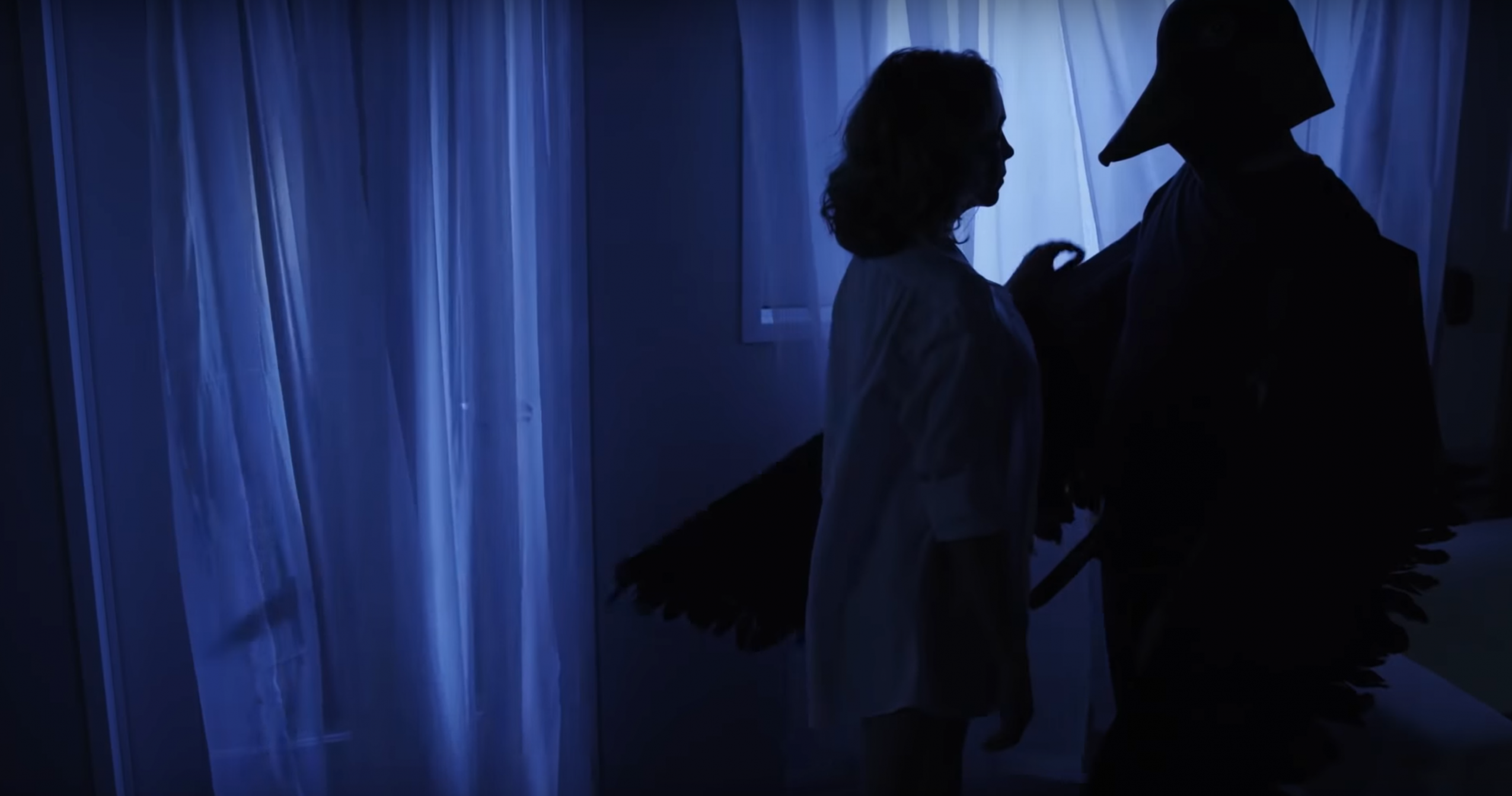 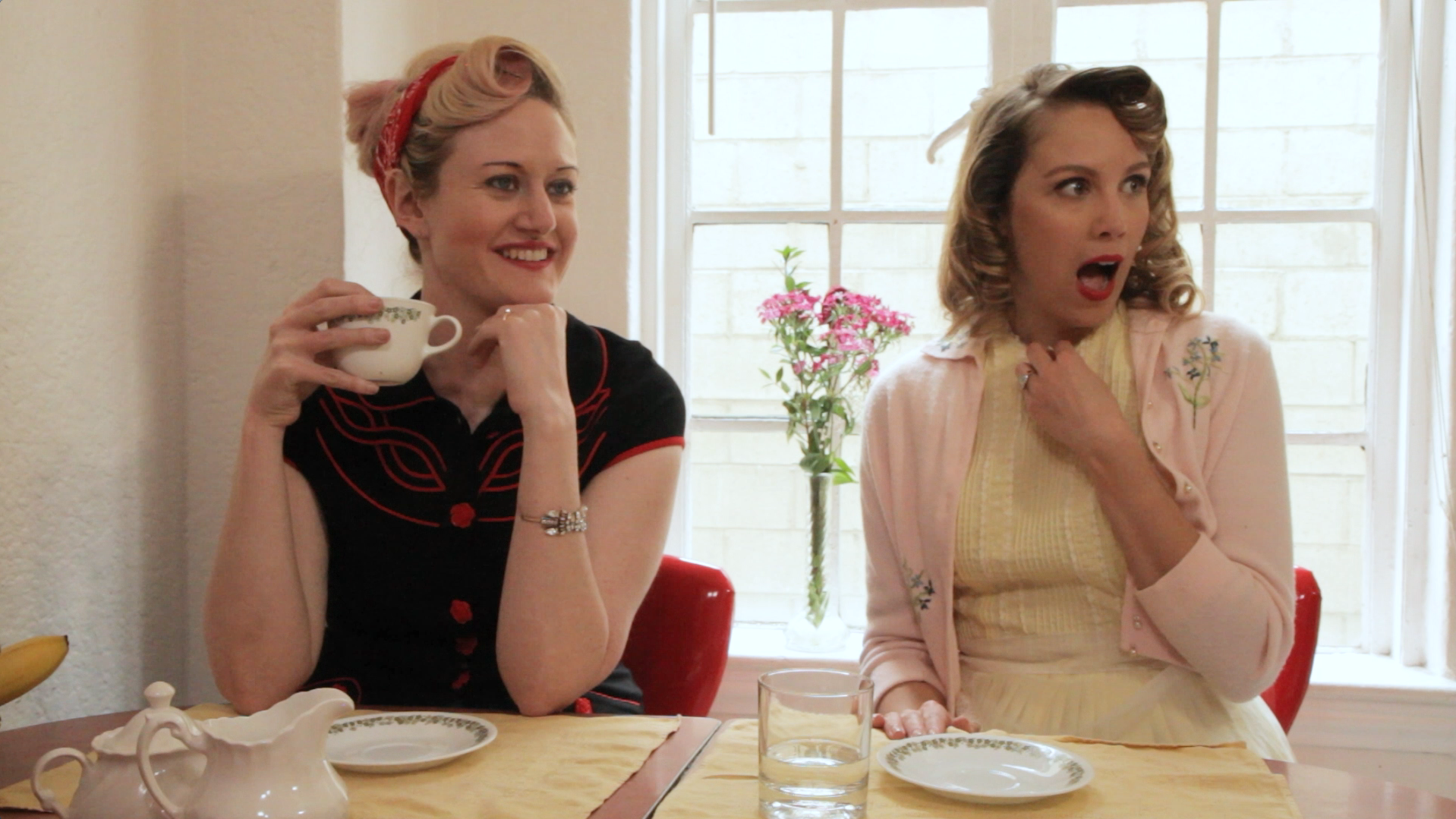