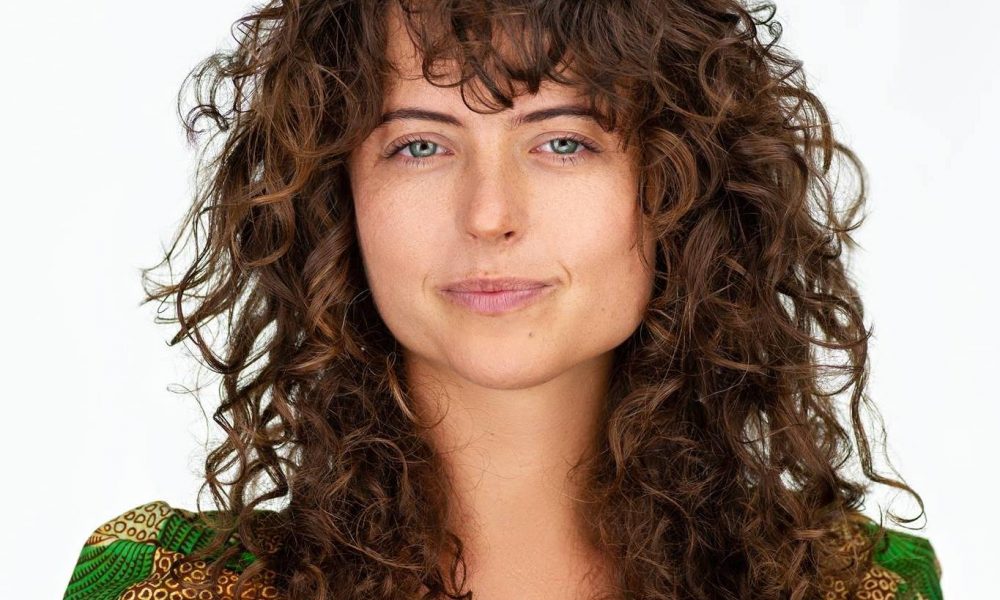 Today we’d like to introduce you to Kristina Birk.

So, before we jump into specific questions about the business, why don’t you give us some details about you and your story.
The quickest, most convenient way to explain who I am would be—an ambitious Ukrainian immigrant woman in the US who writes, produces and performs internationally in an attempt to create meaningful work that will live and affect people’s hearts and souls while she is alive and after she dies. She also attempts to make peace all around the world through storytelling, visual and verbal expression.

The unconventional truth— I am a middle child of a Soviet cobbler and a nurse who unintentionally got pregnant at age 17 in a Soviet high school summer camp. My dad was in an incognito rock band, that’s how my mom fell for him. Rock bands were illegal and really sexy back then.

I am also a multilingual perfectionist with a thirst for semantics, borderless imagination, kindness and multidimensional existence in this world. They diagnosed me with autism and multiple personality disorder when I was little. I suspect it had something to do with my inscrutable belief in being able to walk through walls, travel to other planets with just my eyes closed, multiple spells of changing my voices, items of preference, and, at times, languages and handwriting. I got away from being arrested once in the middle of my college graduation party in Moscow because I cursed in flawless French at the Russian police who were chasing me for scandalously picking some decorative flowers off of the biggest Red square lawn. In case you are curious – I studied linguistics and theater. Luckily, it turns out that I’m neither autistic nor do I walk around with multiple personalities. I only do that kind of thing on stage, in front of a camera or in my writing, strictly for storytelling purposes.

I’ve bounced around Europe and Asia for a big chunk of my teenage life until I settled in NYC upon my twenty-first birthday. LA has been my home for about three years. Since my settlement in the US, life has been nothing but a wonderful trip. Romantic. Vibrant. Edgy.

Since my arrival in NYC in 2010, I’ve been consistently involved in filmmaking, writing and performing. Obviously, there have been some creative and financial ups and downs here and there, but I feel like the beautiful rhythm of this country’s artistry along with my fresh-off-the-boat ambitiousness, fear to fail and appreciation for diversity have kept me perfectly committed to my messages and objective. Of course, life hasn’t always been glamorous— I’d held several odd jobs before fully committing to everything I’d rather be doing (out of fear of homelessness), including late-night bartending at a dive bar in New York City, personal assisting a man who was convinced he was some sort of esoteric Jesus, working for intense multi-million film projects as a PA for less than 12 bucks per hour, babysitting a couple of kids who regularly smothered me in cheese whiz, etc.

Through all the hardship and challenges of moving to NY as a young adult, I got supremely lucky when I joined Orphans Productions in NYC, a group of top-notch creatives and wonderful performers – Victoria Bennett, Justin Morck, Tim Rerucha, and Louis Calabro.

Some of us eventually relocated to the West Coast. Our production company in LA is called Westward Orphans Productions. Sol Landerman, Justin Morck, Alan De La Rosa, Christopher Yager and I are the proud members of the company. These West Coast folks have never seized at blowing my mind with their vision, support, commitment, and creativity.

I have been blessed with these two wonderful groups of creatives producing our original content for film and theatre on both coasts. Joining them led to my involvement with over eight original theatre and film projects produced by the groups.

Great, so let’s dig a little deeper into the story – has it been an easy path overall and if not, what were the challenges you’ve had to overcome?
The biggest challenges— I had to learn how to be understood and how to understand everybody in this highly diverse country, there was too much slang to learn, oodles of TV references (I grew up without a TV in the house altogether), and the “work to live mentality” seemed really alien at first.

Career-wise: starting from scratch in a new ambitious country is horrifying, but obviously incredibly rewarding. It’s really challenging to find yourself competing with amazing artists from all over the world, going to castings at some of the world’s biggest casting studios. There is also this sense of pressure from everyone you know from back home—they think you are insane and they sort of expect you to fail and come back home. Doing what you love and staying financially stable is a huge challenge too, though if you can find a way to start your own business —really go for it.

To all women—(caution: cheesy information ahead) don’t rely on handsome men who promise you big things while trying to seduce you. Build a solid community of strong, like-minded people around yourself and become friends with compassionate, inspiring women. Girl power is priceless. Read lots, eat well (and slowly), learn a new skill or language, meditate plenty, go to spas, never stop challenging yourself and always stay true to yourself and your dreams.

For immigrant women—learn English. It doesn’t matter what your ambition is when you make the decision to move out here. If you want to enjoy the rest of your life fully and achieve anything your heart desires—being fluent in English is a must.

Please tell us more about what you do, what you are currently focused on and most proud of.
Since I relocated to Los Angeles Westward Orphans Productions have produced:

An allegory drawing upon the Mass Media’s influence and its imposed narratives. This visually dynamic and strange tale follows four ‘cog-in-the-machine’ employees of a utilitarian-esque newspaper. Told with a flair for the Post Modern, Silent Film Era, and Magic Realism, “Black White Read” is the inaugural production of The West Coast division of Orphans Productions.

2. Forthcoming Digital Series, “DIG IT: Or The Desperate Search To Connect With Worms” written and directed by Alan De La Rosa.

Broken hearted grave digger ghost stories on social media. When Douglas uses social media to go “live” from the cemetery, he not only shares his own insights but he also introduces viewers to the ghosts he tends to and their haunting stories. The beautiful concept of art in this art series was created by S.S. Landerman. I star in this series as a Woman who migrates to The States in the early 20th century. Besides being an epic story, an intriguing twist is that my character’s Love Story is not her whole story. It goes beyond the happily ever after and more into the territory of the unexpected places a person’s life takes them. I am tapped to join the Dig It writing team for its second season which will make me the 3rd female writer {out of 5} on the show.

3. My first ever written feature film “My Opia” – a highly visual post-apocalyptic tale that takes place in the sunless, waterless world, run by a small group of rebellious environmentalists and nomads. These people stayed on the destroyed post World War III planet Earth to go against the government’s measures to create the perfect totalitarian synthetic society and terraform a different planet. Directed by Christopher Yager.

4. We are currently developing a pod play in which we project a dystopian look at society through the dark side of a dating app.

What else I’m up to right now:

I have another fantasy film I wrote and acted in coming out very soon called “Zenith.” Zenith— is a contemporary fairytale about overcoming one’s mental struggle through an unusual spiritual experience and cosmic guidance. Directed by Christopher Yager.

I am currently working on publishing my anti-Soviet fantasy novel “How I left OB-LOM.”

I started an accent reduction business to gap the bridge between America and Russia through creating a solid ground for coherent communication coming from the folks from Eastern Europe. The name of this business is “Bezaccenta”—from Russian “Accent Free.”

Conclusion: meaningful stories are being told, creative minds are being aligned, content is being produced and put out there. LA is beautiful. The community is magic. Working hard.

What’s the most important piece of advice you could give to a young woman just starting her career?
Stay away from partying hard, doing drugs, drinking too much booze, hanging out with negative people who suck out your energy, spending 50% of your free time on social media, and dating people who prevent you from succeeding. Focus, network, ask professionals lots of questions, read inspiring literature, find success stories of people who’ve achieved what you’d like to achieve, continue learning new skills (especially the ones that will contribute to further success in your field), work out, eat well, spend time in nature, meditate. 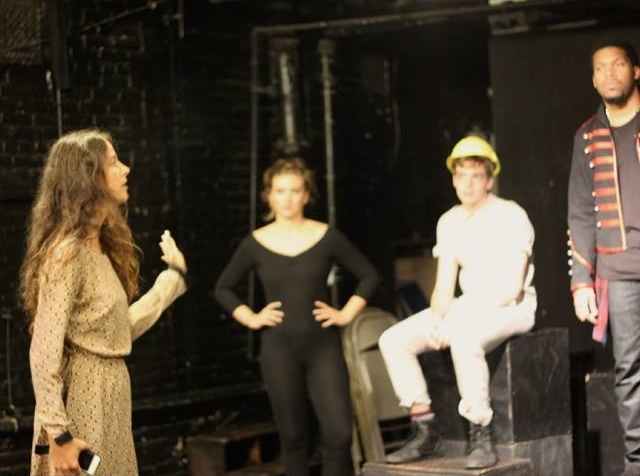 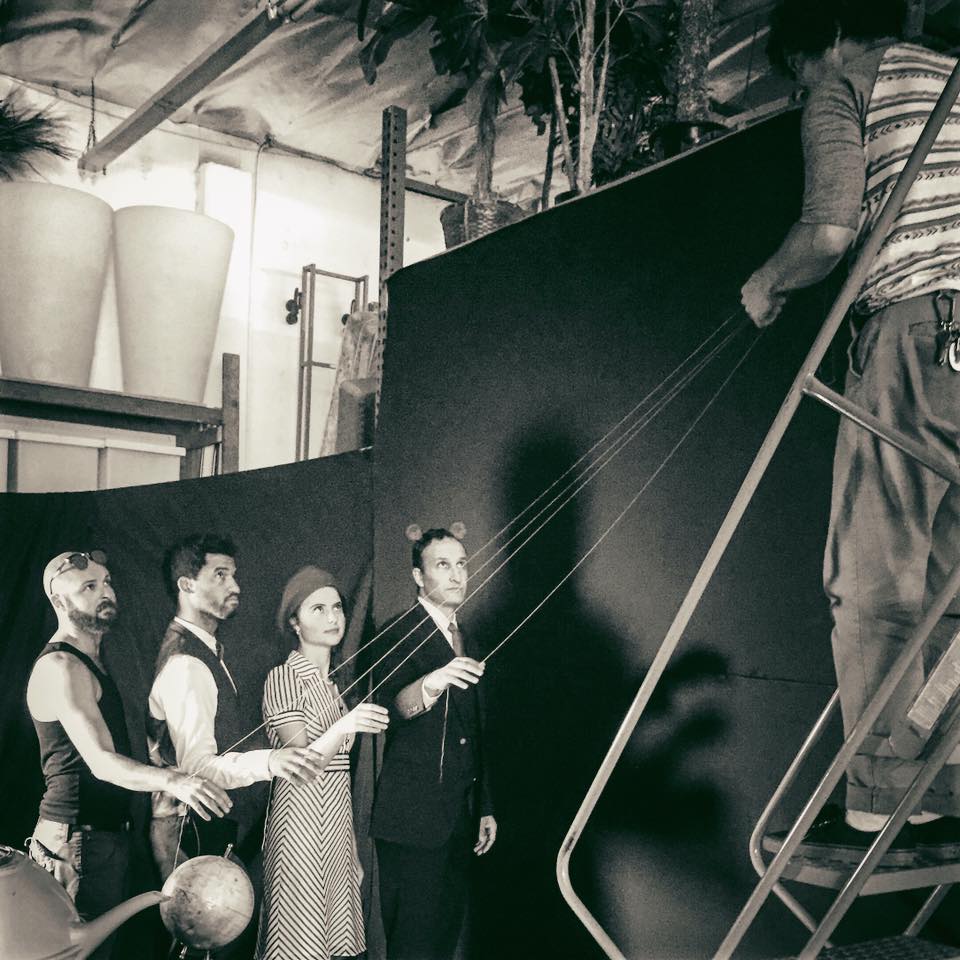 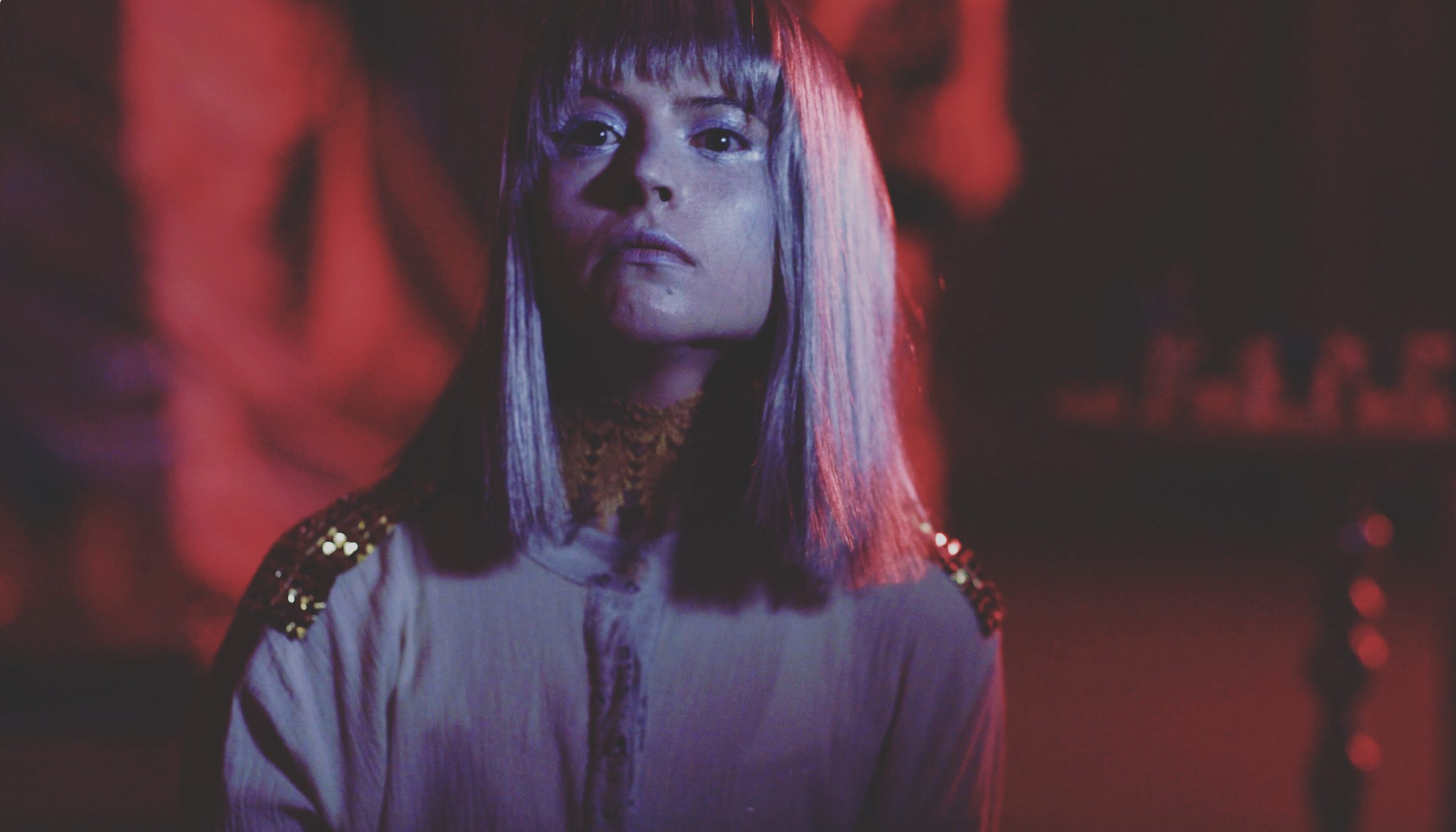 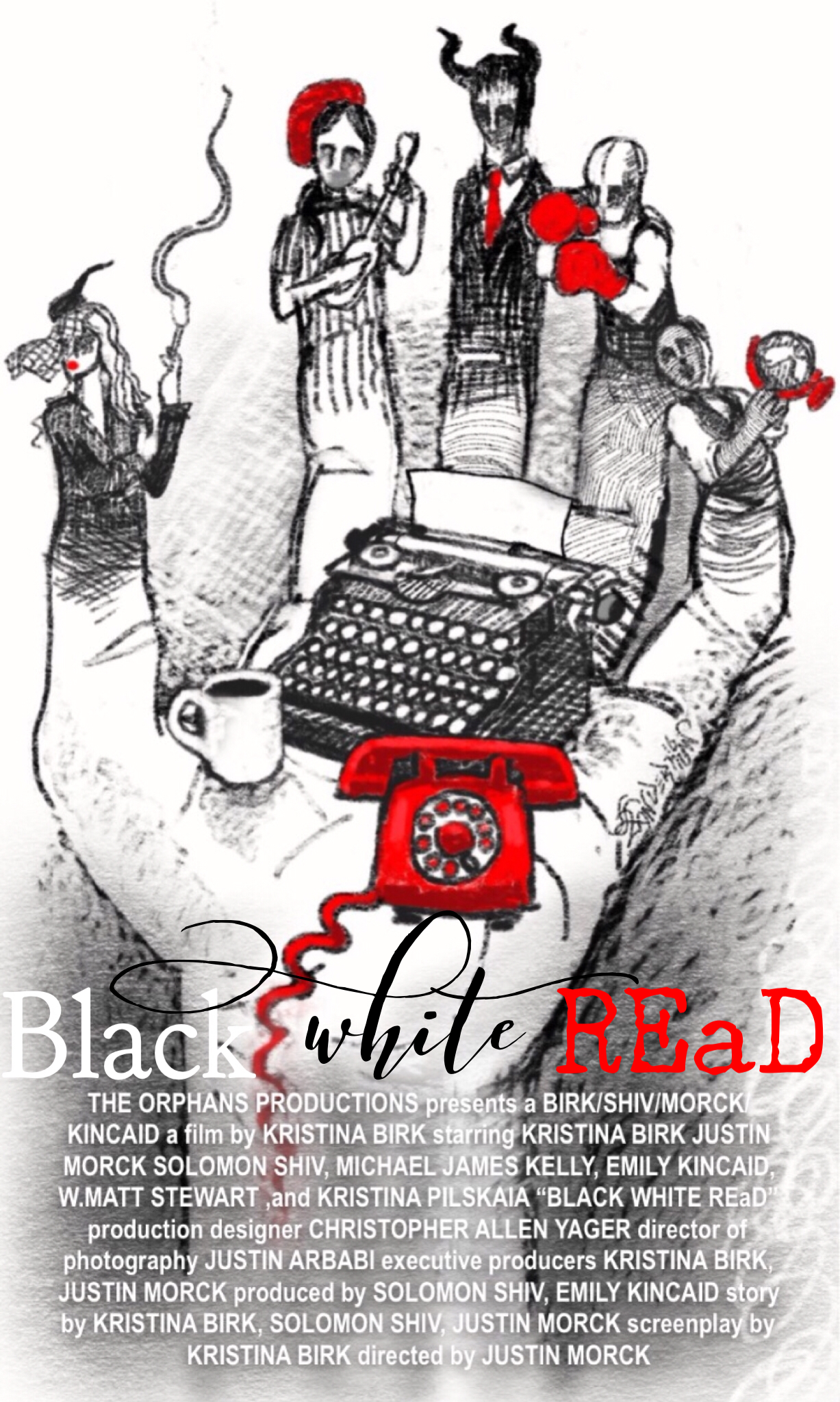 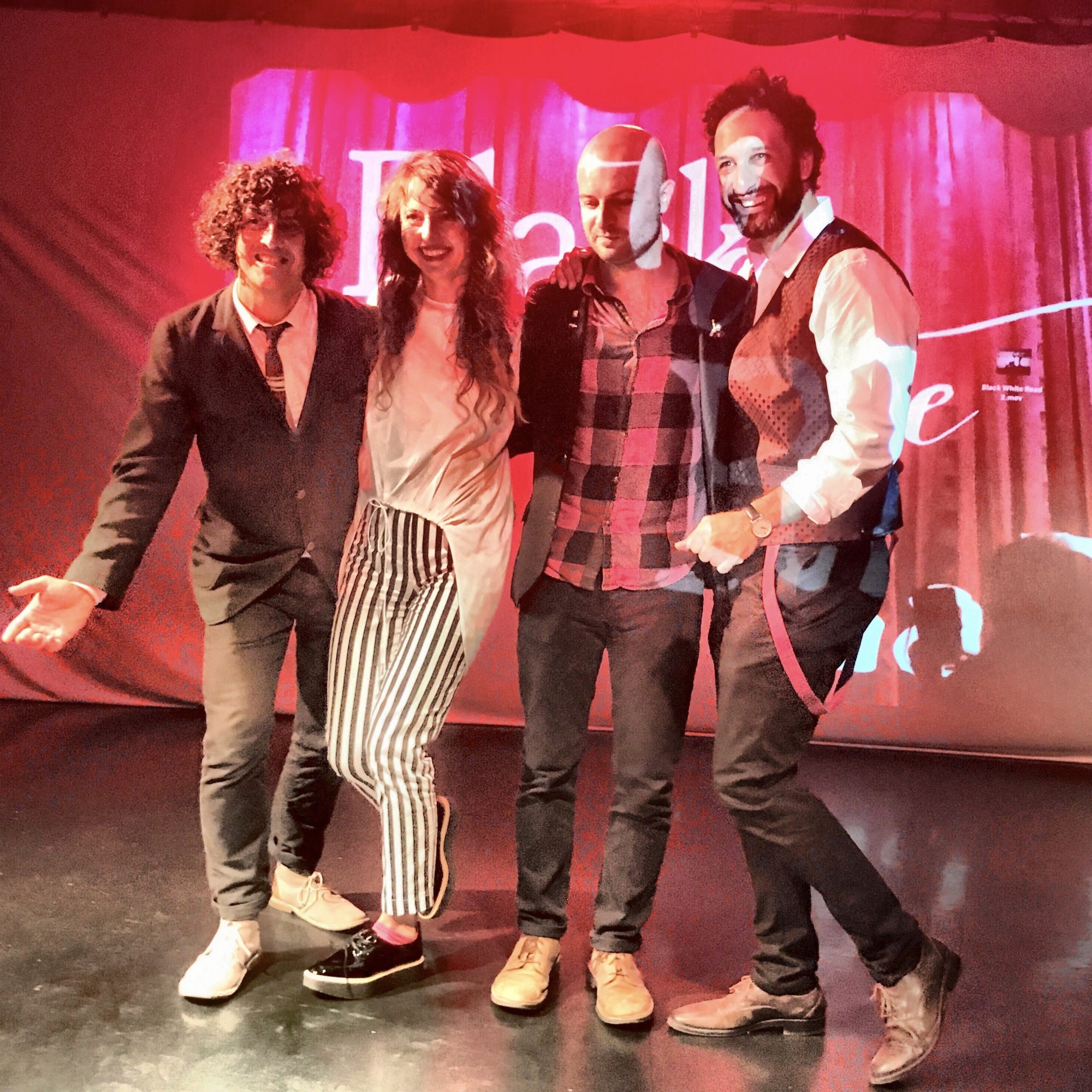 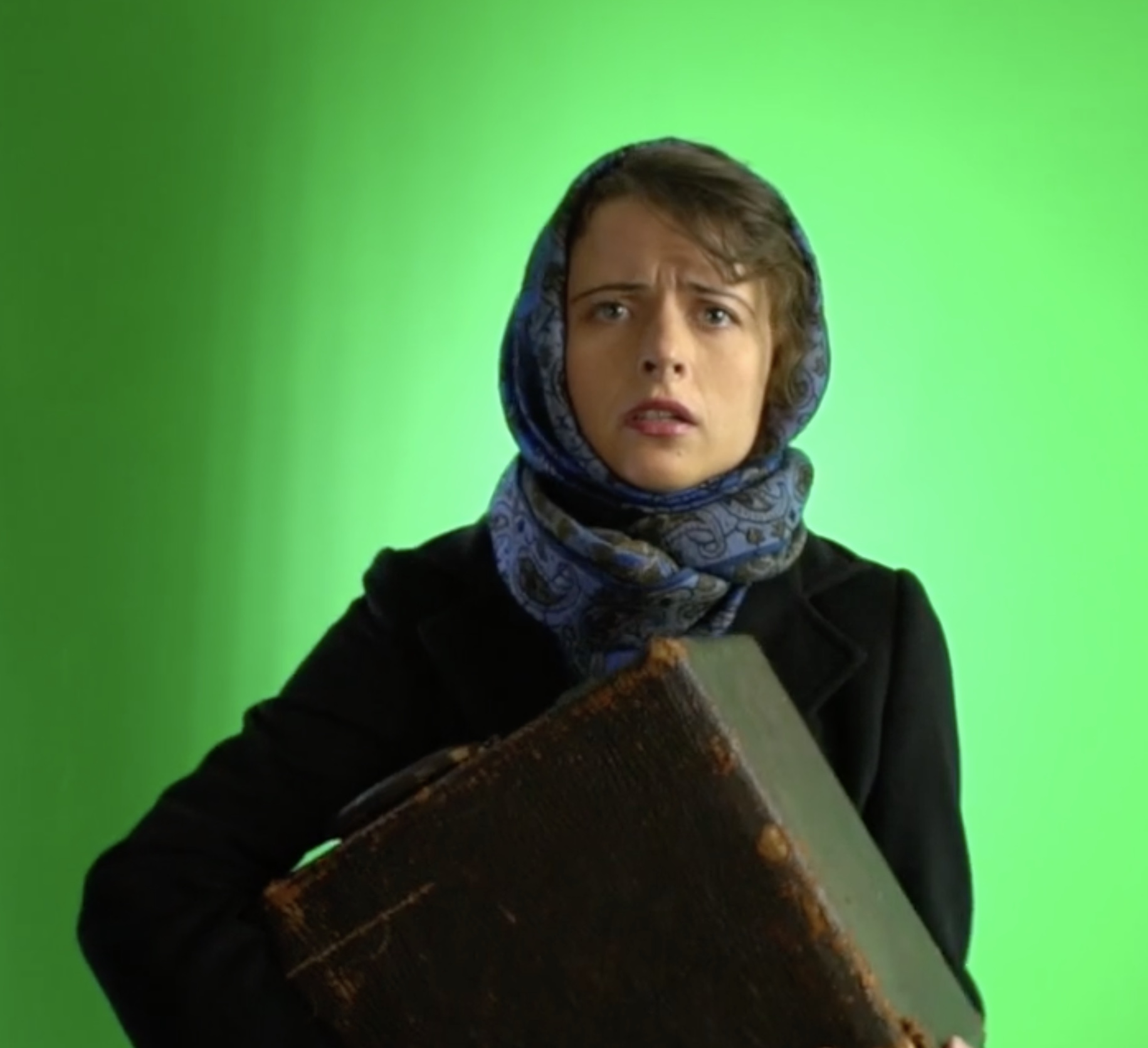 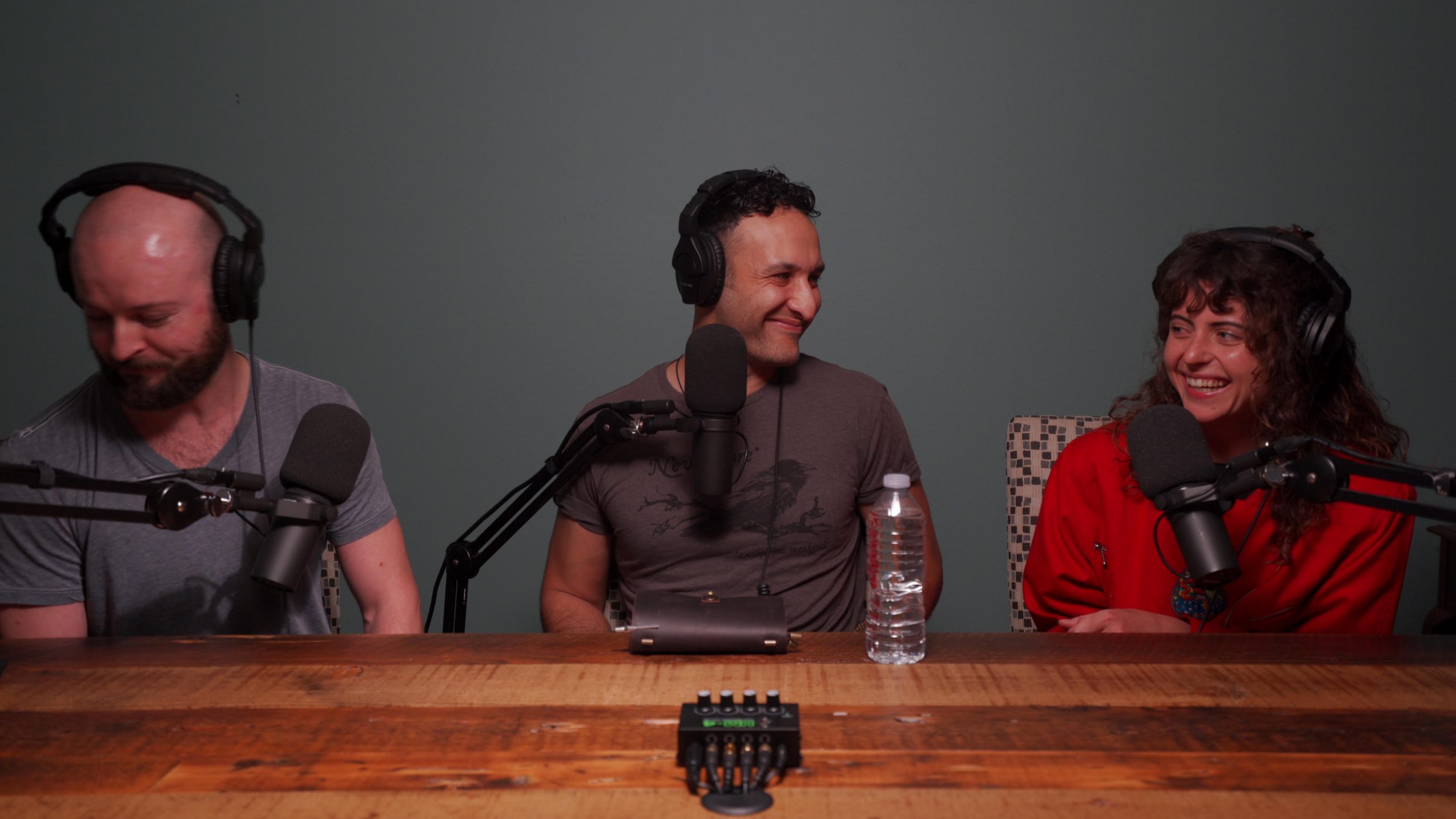 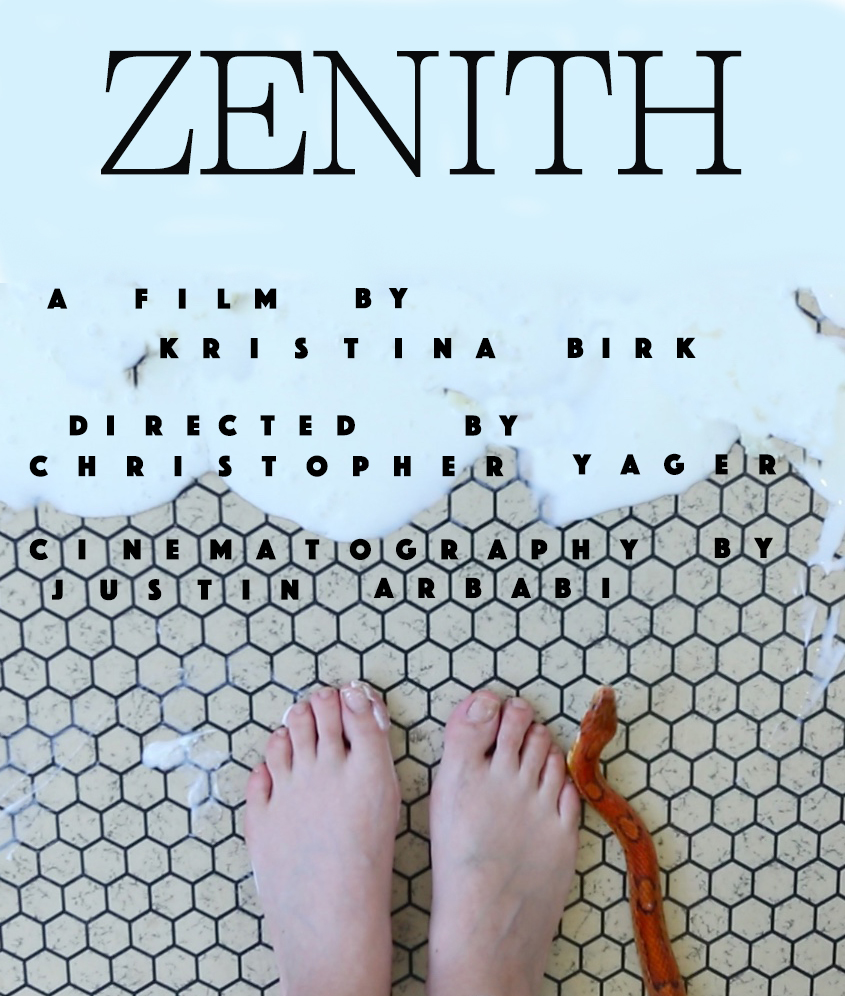