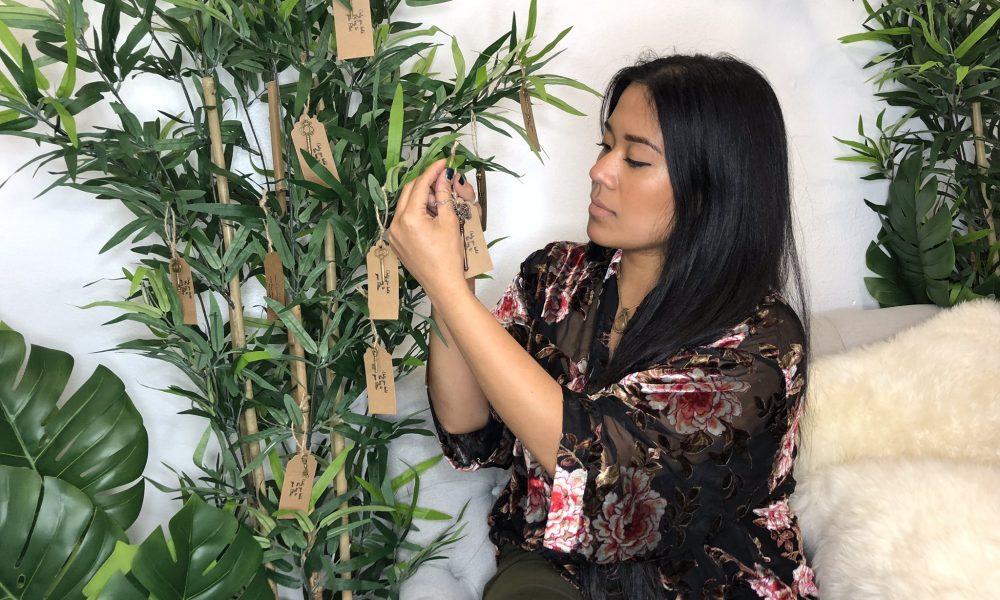 Today we’d like to introduce you to Justine Palencia.

So, before we jump into specific questions about the business, why don’t you give us some details about you and your story.
In October of 2013, my life completely shifted. At that time, I had been living with my dad for exactly a year when I heard the news that he was in a vegetative state. It was supposed to be an easy surgery, and everything that could go wrong did go wrong. In the months following, I found myself living in a true Cinderella Story. Every tie I had with Papa was slowly being severed, from being locked out of the apartment we were living in, having my phone maliciously turned off, to being alienated by relatives because of rumors, and lastly, my siblings and I being banned from seeing Papa in the hospital. I felt like I had truly lost everything. The more my siblings and I fought the good fight, the more we felt like losers. It had put me in such a dark place.

During that time, I was a Wax Specialist, I used every guest I had as an opportunity to vent. It started off angry, full of bitterness and true heartache. After a few years, I became more aware, I learned that these trials that life had given me were exactly that, trials that would help me grow. It was a hard time and I had to take a good look at my life. I started to call myself out on my negative projections. I learned how to forgive others for myself, and I learned that happiness only comes when you make space for it. My angry vent sessions with my guests became full of empathy. My clients saw a dramatic change within me and I felt truly blessed to have them compassionately by my side.

It was late November 2016 when I had my awakening, with the holidays fast approaching I realized that I wanted to thank them with a gift, for always being there for me. Remembering that, I got a beautiful Skeleton Key at a friends wedding, I decided to give that to all my guests. I wrapped up the key and put a special note on it, which weeks later evolved to what it is today “Only you hold the Key to your Bliss.”

Handing them out to every person I met in the month of December, I didn’t realize how much a little key with a message could affect someone’s life. I had so many people break down and thank me for the gift. One of my clients even took it as a sign to take a job that she was nervous about because it involved her moving away from everything she’s ever known. So, I did what the next person would have done and made it my mission to pass on the message of self-love and motivation around the world.

I love making life as magical as possible and felt the best way for me to spread the message was to make Keys2Bliss something that is meant to be found. With the help of friends, family, and strangers who I like to all call  Bliss Ambassadors, Keys2bliss has been around the world. Being Left on Coffee Tables, Elevators, Hanging off of trees, I’ve even left a jar of the keys at a Doctors Office which puts smiles on many patients faces.

My partner designed an amazing website to help me track the “Keypers” of the Keys2Bliss keys. I put the website on the back of the note. Once they go onto the site, they realize that the key was always meant for them. I have received the sweetest messages from strangers who have found their Keys2Bliss, Thanking me for the gift and expressing how the key showed up at the perfect moment.

One day, Keys2Bliss will become something that inspires others on a deeper scale, but for now, it’s my gift to you. Having Keys2Bliss is continuing my Papa’s legacy and showing the world that there can be beauty and bliss after destruction.

Great, so let’s dig a little deeper into the story – has it been an easy path overall and if not, what were the challenges you’ve had to overcome?
I had quit my job at the Wax Center in late 2017. My plan was to visit some family, travel around the west side of North America, and really do something with Keys2Bliss. My plan changed quicker than I had realized. I was spending money like I was making money and I was running out of it fast. Luckily, I had a cousin who offered me a job at the doctor’s office part time, just enough to pay my bills and still have the freedom and liberty to do what I wanted.

My Uncle who is like another father to me was going home to the Philippines for a month and he asked me to house sit for him. The apartment building that he lives in is the same apartment complex I lived in with Papa, and coincidently, the same apartments that I had lived at with my best friend at the time of my awakening. It’s a special place that I hold close to my heart.

The first day I house sat, I was sitting in the living room with all of my paperwork and plans. I had just one month alone in this apartment to get my life together and do what I originally quit my job to do. I had all my Online Courses, Agenda for my Blog, Keys2Bliss Ideas, and Spiritual Practice all set up. I was excited to use this month alone to really work on myself.

After preparing my agenda, I started with a meditation that led to journaling, going to grab my journal I heard my phone vibrate. Typically, I wouldn’t have answered, but before I knew it, I was saying “Hello.” It was my older cousin, she told me my dad had passed away. My heart sank to the bottom of my stomach. I was grateful that his suffering was over, but the feeling of knowing that I could never touch his hand again, or play the Beatles for him when I was allowed to visit, overwhelmed me.

The days leading up to his Funeral was hard, Papa was buried in Hollywood Hills and not the Philippines as he requested. Sadly all the documents my dad had planned for the end of his life had gone missing. My siblings and I fought, begged and pleaded to have Papa be buried as he had always wanted, back home in the Philippines. Some Relatives fought beside us, and some fought against us. We were treated like strangers at our Papa’s funeral. I felt unwanted, I felt like a stranger among the people I grew up to know as my family.

Days later, I found myself in an even darker place. I was full of rage and despair. I spent that month at my uncle’s house crying, screaming, venting and questioning everything I had worked for, to spiritually and emotionally grow. I didn’t have the energy to move, let alone give energy to Keys2Bliss.  It took seven months after my Papa passed away for me to come back to reality. My cousin and I had worked with in the doctor’s office was a big part of my growth. She had recently lost her mom and gave me the kind of love and support that I needed. I would randomly cry at work and having her by my side to listen and give me advice was amazing. She reminded me that I had more family that cared about my siblings and me, other than the ones that had hurt us. I was so focused on being a victim and didn’t see that the amount of blood shared doesn’t make family, but the those who are there for you, listening to you, and fighting the good fight with you makes a family.

“Only you hold the key to your Bliss,” that message of hope and motivation was consistently staring at me. I had to get myself out of this mess because I am the only one who could. I had to take action, the only way Keys2Bliss would be successful is for me to live by example. How was I going to promote self-love and motivation if I couldn’t do it myself? I had no energy for it, but every day I make an effort to do something for myself and my mission.

I started posting more pictures on Keys2Bliss Social Media. I continued to create more Keys, and now I am learning skills to make sure I am at my fullest potential so I can turn Keys2Bliss into something even bigger. I am now in a position where I am learning so much, and I’m around amazing mentors that ensure I become the best version of myself.

Keys2Bliss has taught me that It’s ok to feel sad, angry, and it’s even ok to go to a dark place because we’re human. At some point, we have to realize that, we hold the Key to our Bliss and it all starts with one step. Everything in life is just one step at a time, and moving when you feel like you have no gas in your tank is where the magic begins.

Alright – so let’s talk business. Tell us about Keys2Bliss – what should we know?
Right now, Keys2Bliss is what I believe, my “Not so random act of kindness.” It’s giving the Bliss Ambassador the tools to also add magic in the lives of others, but there is no way that it could of reach 8,000 + people around the world without all the beautiful people that believe in its mission.

Do you recommend any apps, books or podcasts that have been helpful to you?
I am truly inspired by Vishen Lakhiani, with the content he has with Mindvalley and his book The Code of the Extraordinary Mind. 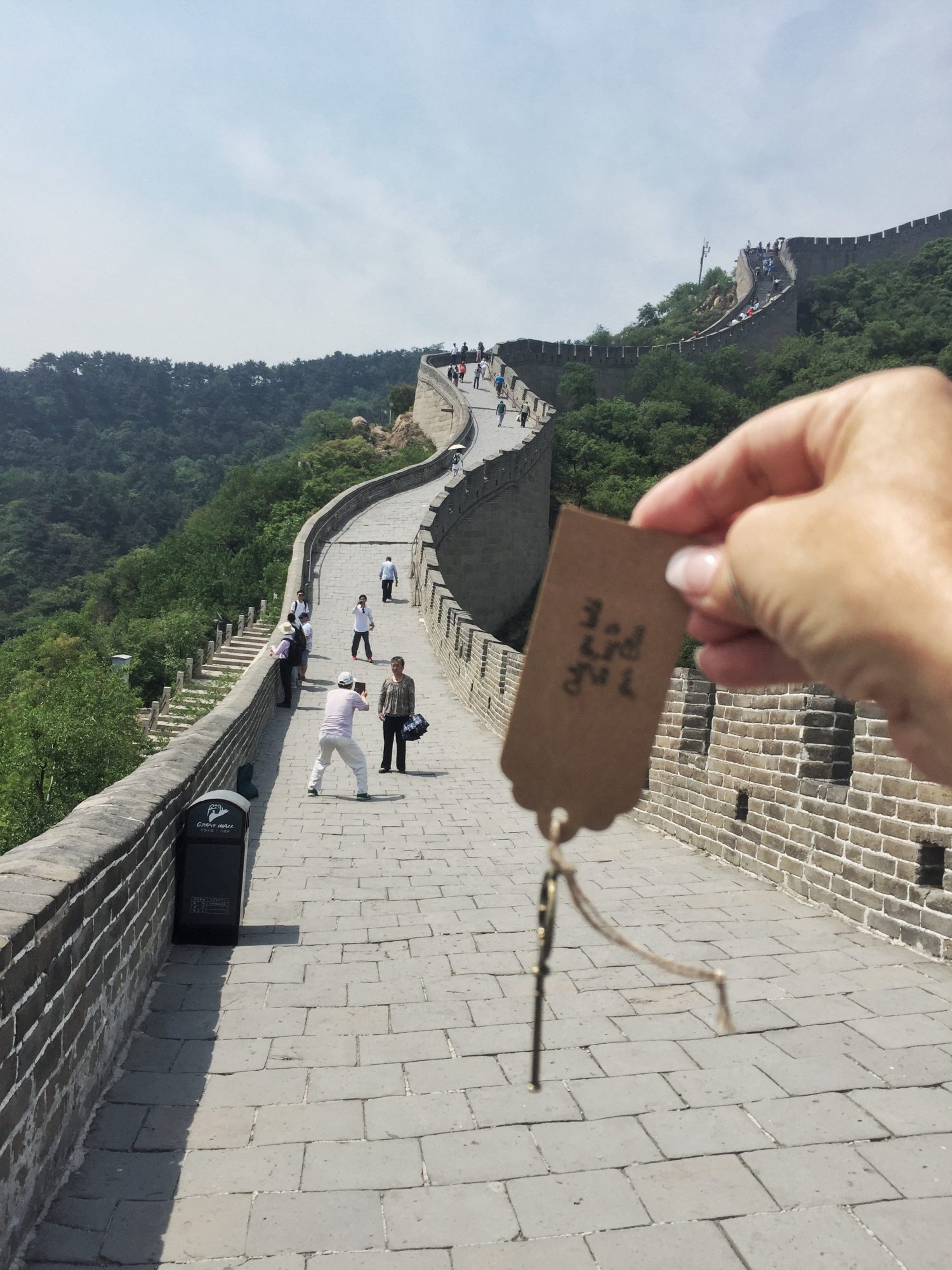 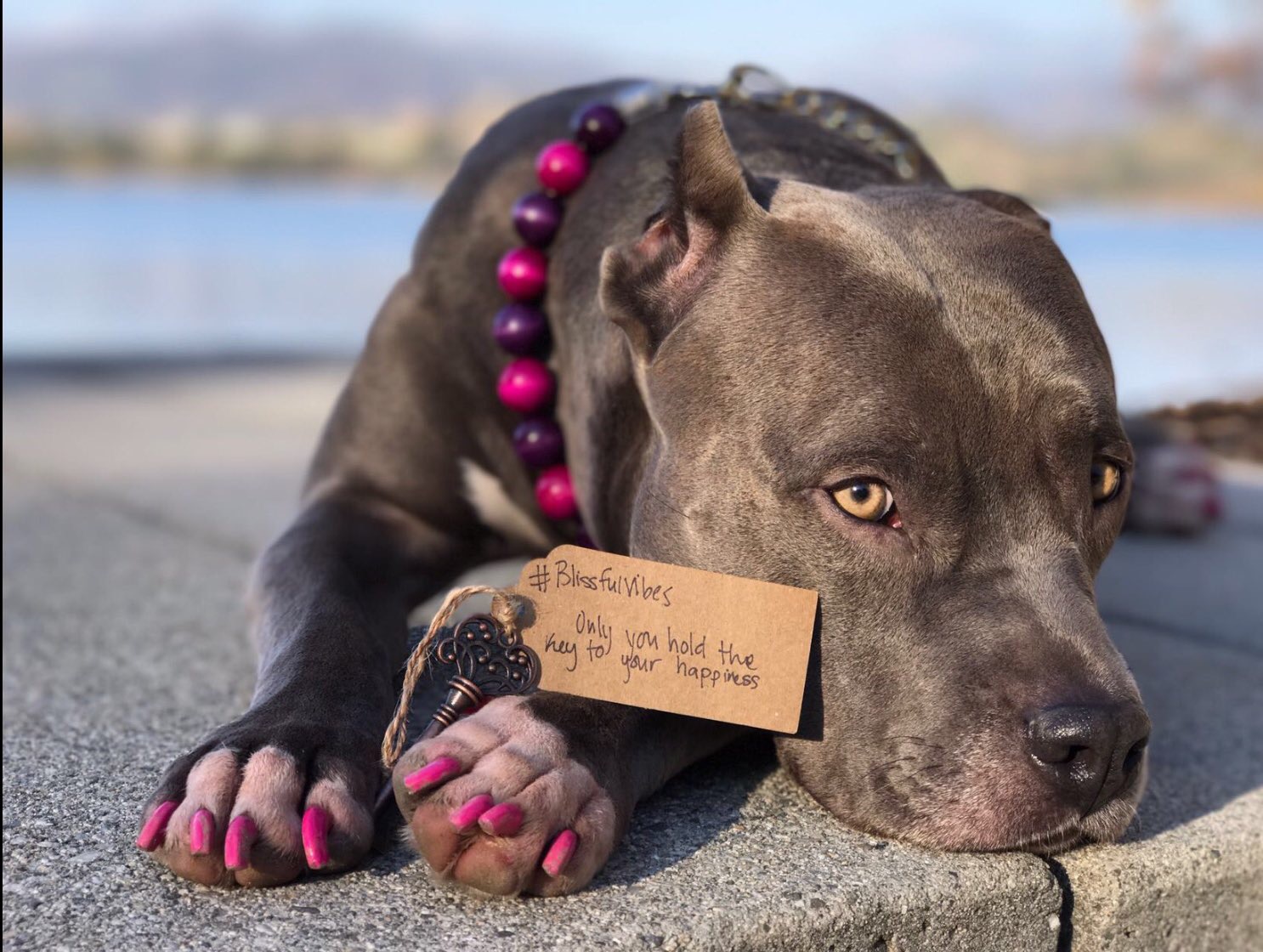 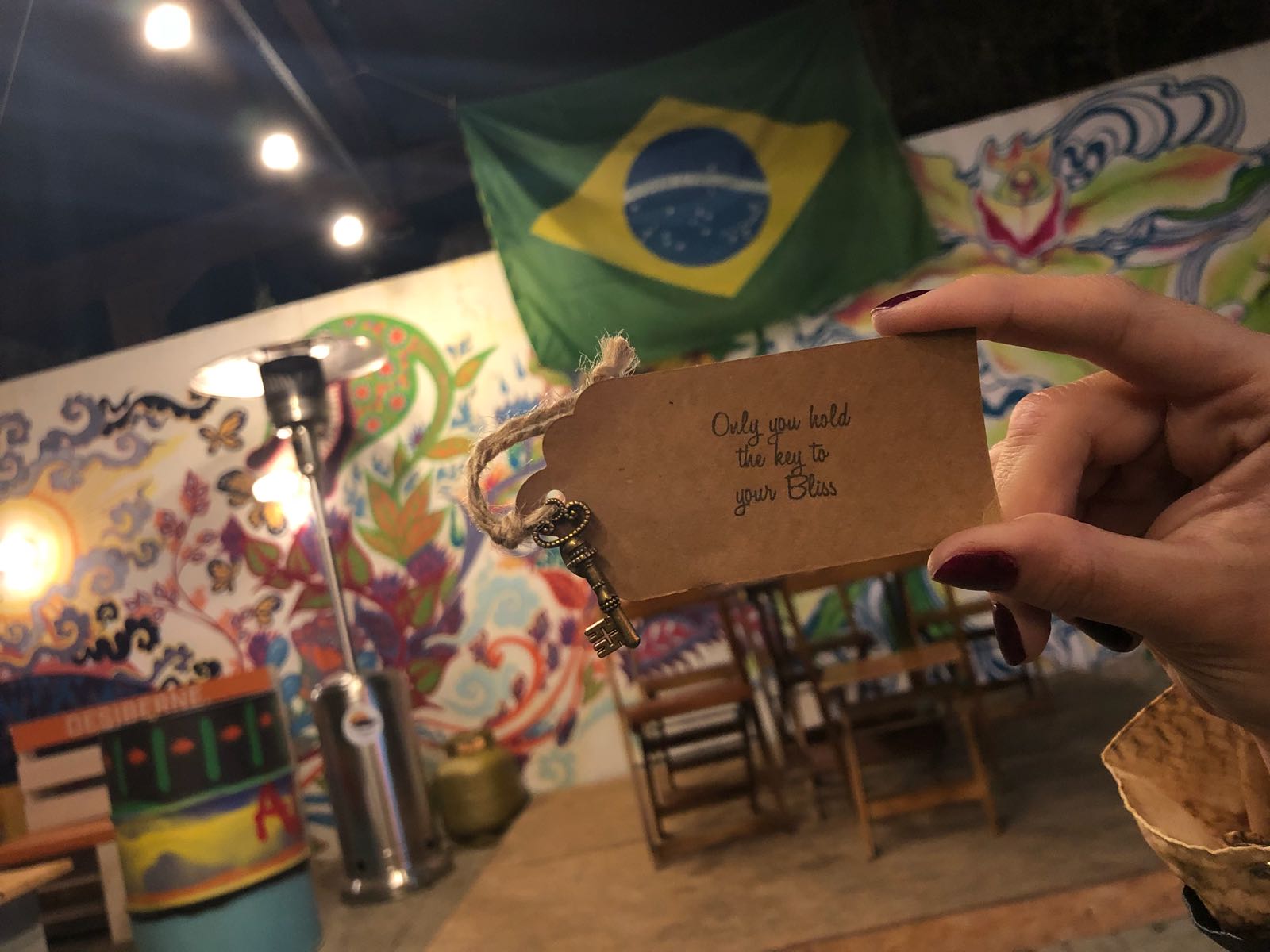 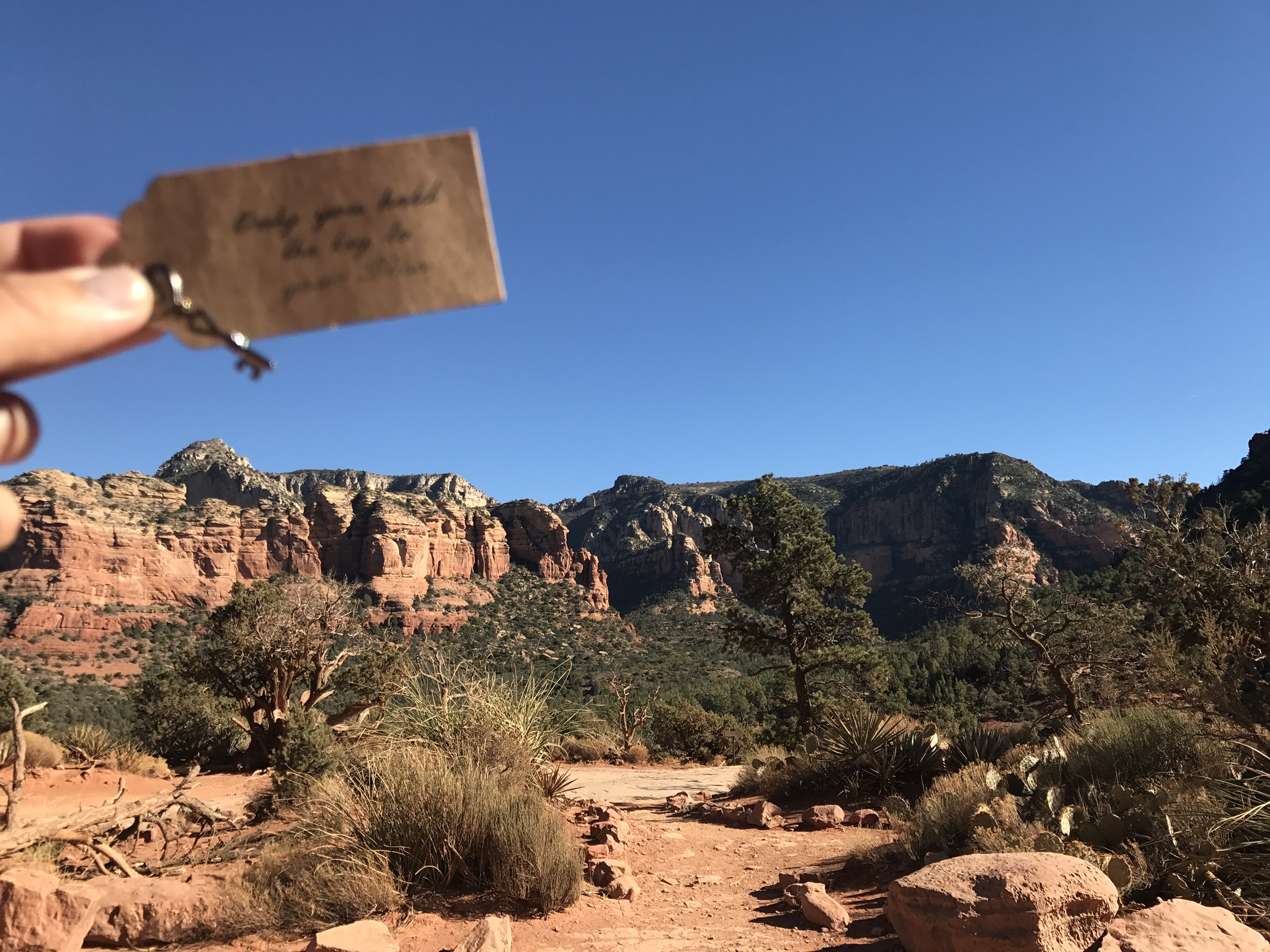 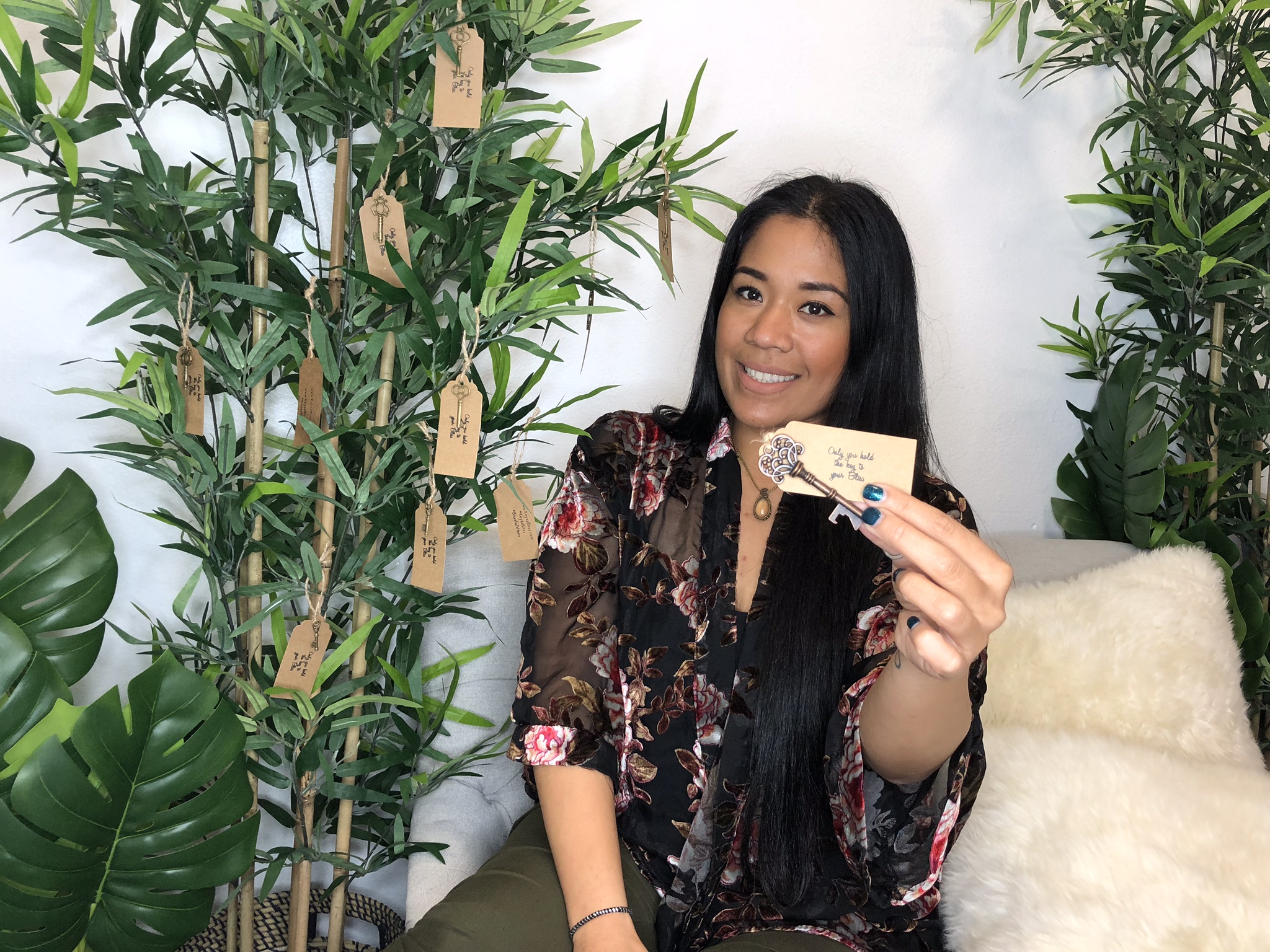 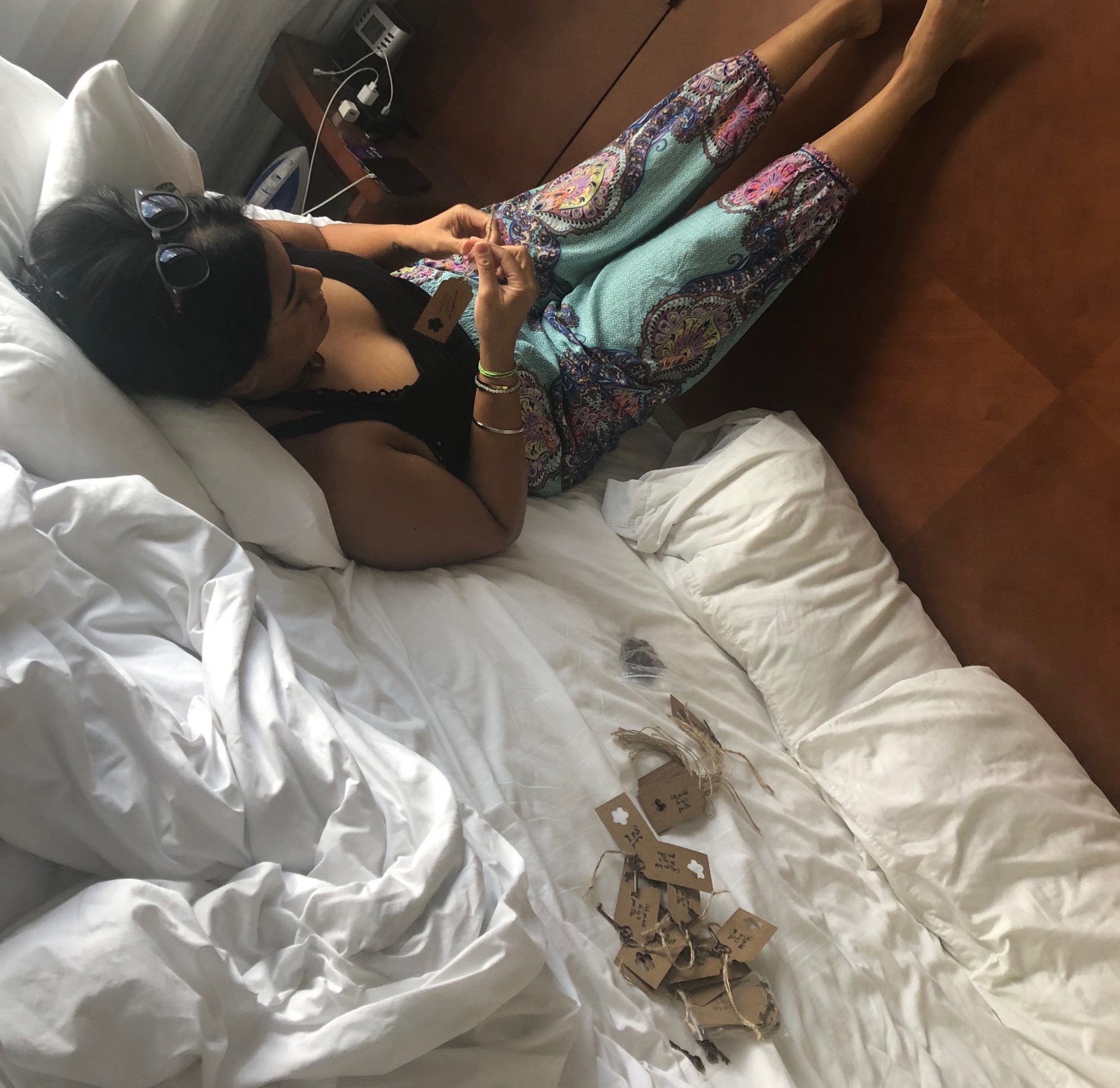 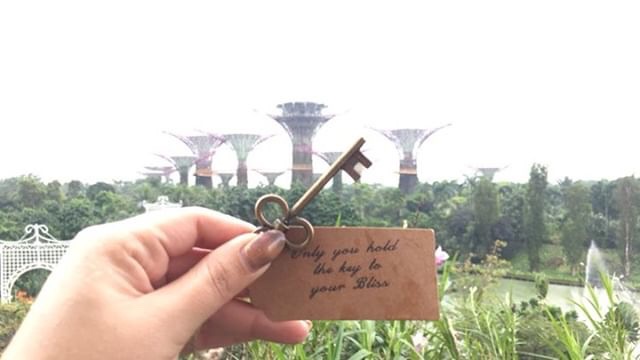 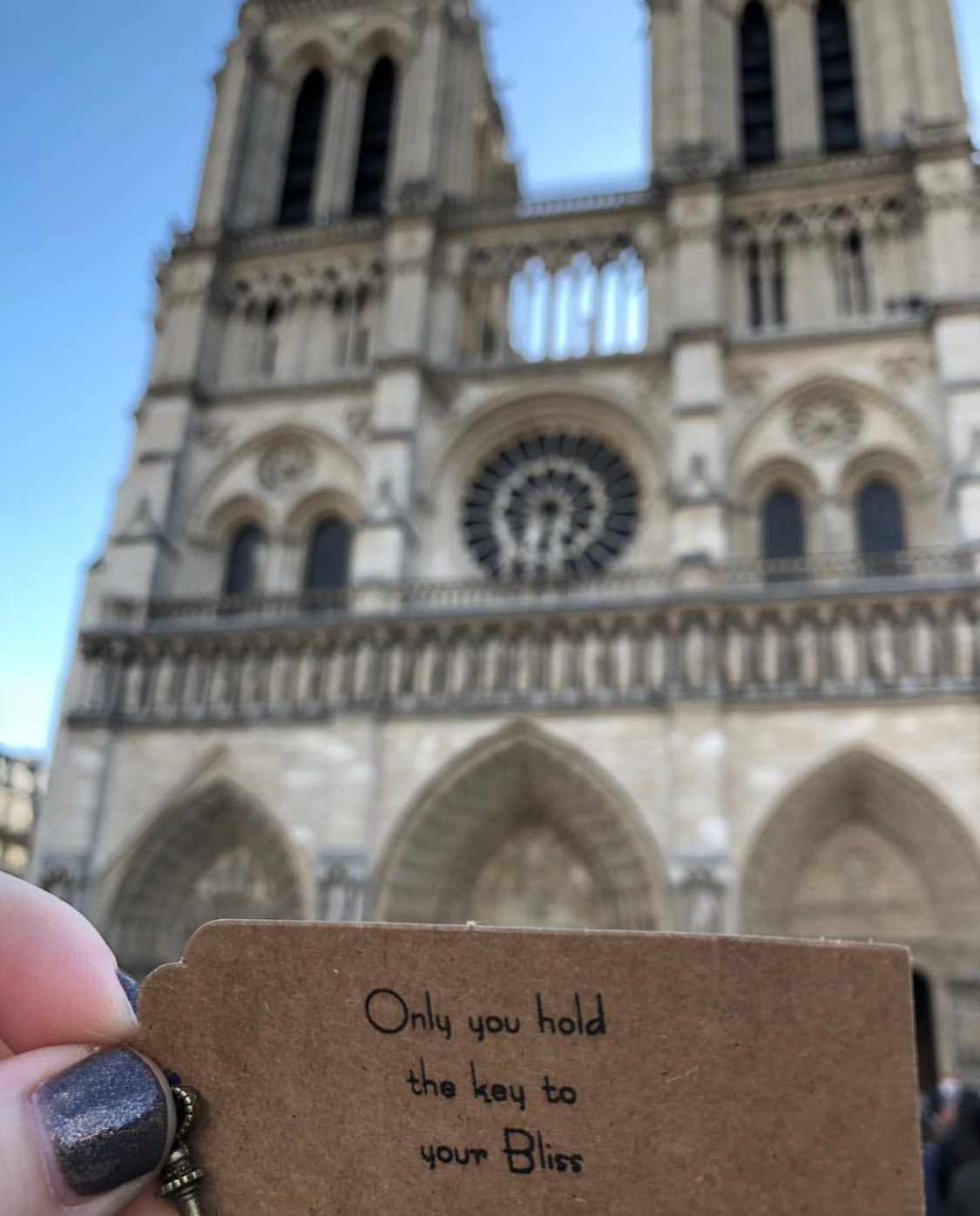 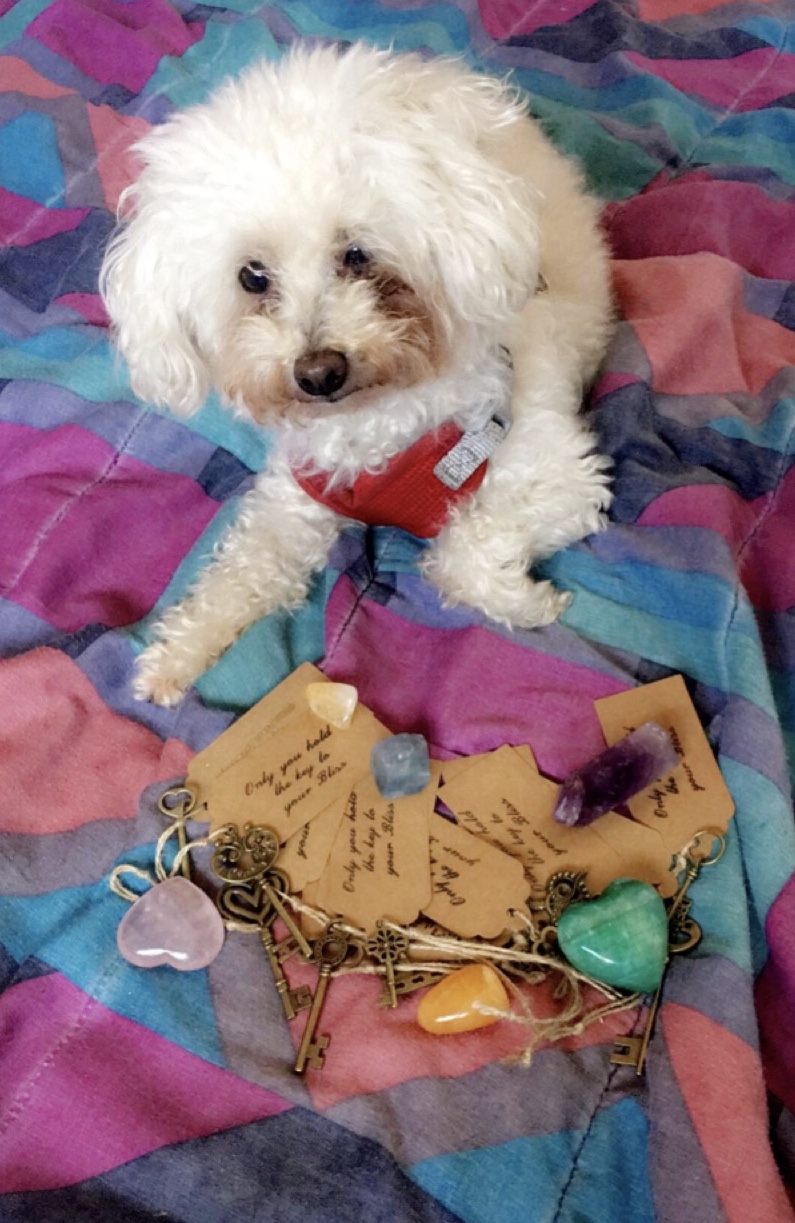