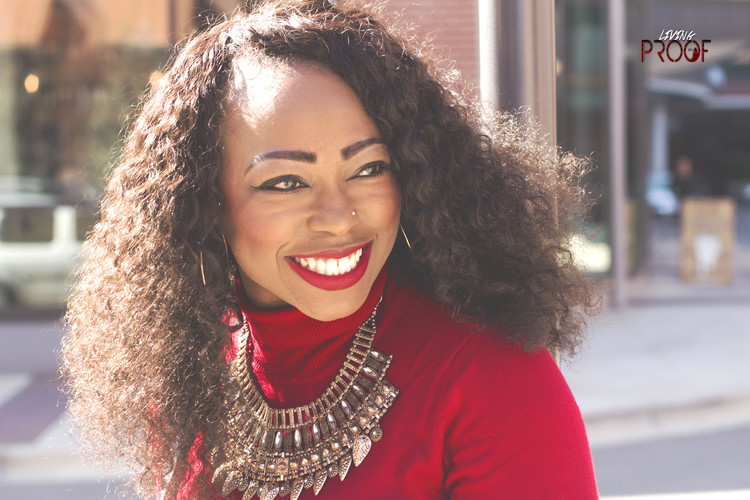 So, before we jump into specific questions about the business, why don’t you give us some details about you and your story.
I am an Inglewood native and curate an online blogazine that is available worldwide at www.lifeculturepeople.com. I have a lot of business in the south that I conduct in Birmingham, Alabama, but when on the West Coast I dwell in Carson.

I have been writing ever since I learned to conjugate a verb. My first memory of getting lost in the art of writing was in the second grade during journal time; the euphoria I experience when writing or developing a story is the same today, yesterday and will be forevermore. In 2014, I was 28 years old and grieving the loss of my Nana when the idea of developing Life. Culture. People. breathed new life back into me. Inspired by the 90’s television show ‘Livin’ Single’ and its lead character Khadijah James, I had deep aspirations of becoming a writer in many fields, and to create a magazine that would uplift, transform and promote black excellence and creativity.

With being a millennial and privy to the digital age, that dream morphed into curating an online haven for millennials of the African diaspora, where we could explore life, culture, and people in a safe and unique space.

I am a very spiritual being, so, it was important to me that I nourish the condition of the black millennial mindset. In today’s climate— which is the same temperature of disparity our ancestors thrived within for all of millennia— it is imperative that we walk the earth with sound, fortified minds, and a healthy balance of spiritual freedom and understanding so that we may be more equipped to traverse rocky terrains and rise in excellence. Which is why we do #MeditationMonday at LCP and offer holistic remedies and practices for our readers to indulge.

I, alone, cannot give Life. Culture. People. all that it and it’s readers deserve. We are a (cyber) land that values community perspective, and why at one point we had nine writers contributing to the topics of black love & relationships, holistic and spiritual living, travel and culture, music, life, and of course, people. We aim to promote and motivate through the stories of intriguing, courageous individuals.

In 2016, after two years of dedicated work on my platform, my writing style gained the attention of The Birmingham Times— the longest-running weekly newspaper that caters to the mission of bringing awareness, interesting and relevant stories centered around the black community for the last 55 years. My first story was a music editorial piece that explored the layers of Beyoncé’s surprise visual album ‘Lemonade’, and made the paper as a cover story. Thus, the start of my professional writing career was born. I have since had the privilege of creating authentic cover story packages for this publication that has allowed me to build an impressive published portfolio, and well as hone my craft as a journalist and celebrity interviewer.

Great, so let’s dig a little deeper into the story – has it been an easy path overall and if not, what were the challenges you’ve had to overcome?
There have been many struggles… It’s not easy to break into this industry without connections or a college degree. My upbringing was very complex. As the second oldest of seven siblings who were all raised in a home with our grandmother and great aunt, I had an enormous duty to my family. A whirlwind of happenstance in my home caused me to miss a large portion of high school, and as a result, I had to attend continuation school along with a host of other credit retrieval resource programs in order to culminate high school with my designated class.

I was at Hillcrest Continuation [Inglewood Continuation High School] in the morning, SCROC (Southern California Regional Occupational Center) by midday and Inglewood High’s Adult School at night for a year and a half before I caught up enough to reenter the traditional sector. Although I did graduate with a 3.8 cumulative GPA, while other 11th and 12th graders were preparing for the ACT or SAT and applying to colleges, I was grinding like a woman with three jobs just to graduate on time. After high school graduation, my family needed me even more… I had to forgo college for a year and a half to care for my ailing grandmother and baby sisters. Once life threw me a small break, I did enroll in community college for several semesters, but I did not earn a degree. I thought my aspirations as a writer would be limited to Novella and maybe even film one day (if I was lucky enough), but I never dreamed in a million years that I would break into the professional arena as I have.

The South threw me a break. After conceptualizing my blog, I learned of a few blogging networks and attended several media seminars and expanded my “know-how” and network. I took all that I learned and dove even deeper into creating the type of content that I wanted. But, once I broke into what would become my profession, my baby, Life. Culture. People. began to endure neglect. The biggest challenge I have now is finding a balance for it all. Surely, I can create content for my clients, pump out news articles and still produce new and intriguing content for my own site, right? For me, a wife and mother, sister, and daughter, it’s proved harder than it sounds.

Be that as it may, I am a person of purpose and I am not fulfilled in life unless I am creating from an organic and internal pull. With this revelation, I am spending more time mapping a blueprint that helps me to do it all, balancing both my profession and my creativity. With a life story and upbringing as unique as mine, I know I was put on this earth to help build and encourage others by sharing my story and creating content that touches the human soul. This is why 2020 will be the year of the ultimate comeback for Life. Culture. People. LCP still stands. We still get thousands of visitors each month, even without heavy advertisement or a constant influx of new material. However, I am in the process of changing that, and developing new and exciting content ideas for our readers to enjoy!

What do you do, what do you specialize in, what are you known for, etc. What are you most proud of? What sets you apart from others?
I am a journalist and independent communications specialist. As a contract writer, I create content, develop campaigns, communication narratives and liaison public relations for businesses and leaders across several fields.
After a yearlong stint at an Ad/Media agency in 2017, I developed a skillset for building communication narratives and public relations for businesses and leaders across a broad spectrum of industry. I have since created a reputation and rapport that garners referral business for my services as an independent communications specialist and content creation.

For the last year, I have been nurturing my own business relationships and etching out the blueprint for my creative writing career, with a focus on expanding into broadcast journalism. I aim to break into film, television, and books, creating deeply interesting and complicatedly woven stories of substance, centered around spirituality, life, culture, and people– the human experience and all its versatility.

I am best known for my diverse skill set as a writer but also have the ability to script and produce small productions, and PSA for the media.

What do you feel are the biggest barriers today to female leadership, in your industry or generally?Barriers for women are present in most any industry. Even the ones we are best suited to lead, curate and cultivate. I have found at times that men try to intimidate in business meetings, presenting their doubts before they admit the positives, divulging what they think will serve as an obstacle for you– provided that you win the contract. They speak to your personal life and roles, which I don’t believe are a concern for men when championing for new opportunities. However, I have also come face to face with many men who believe in the female voice and perspective and see it as a notable edge.

My advice to women pursuing their own businesses and dreams is to stand strong in their truths, their knowledge and business savvy. Don’t doubt yourself… that’s easier said than done, but when in a room full of suits simply cross your legs, lean forward and look them square in the eye, then present your ideas with precision, confidence and poise. Someone will hear you, someone will see you, someone will believe in what you have to offer. 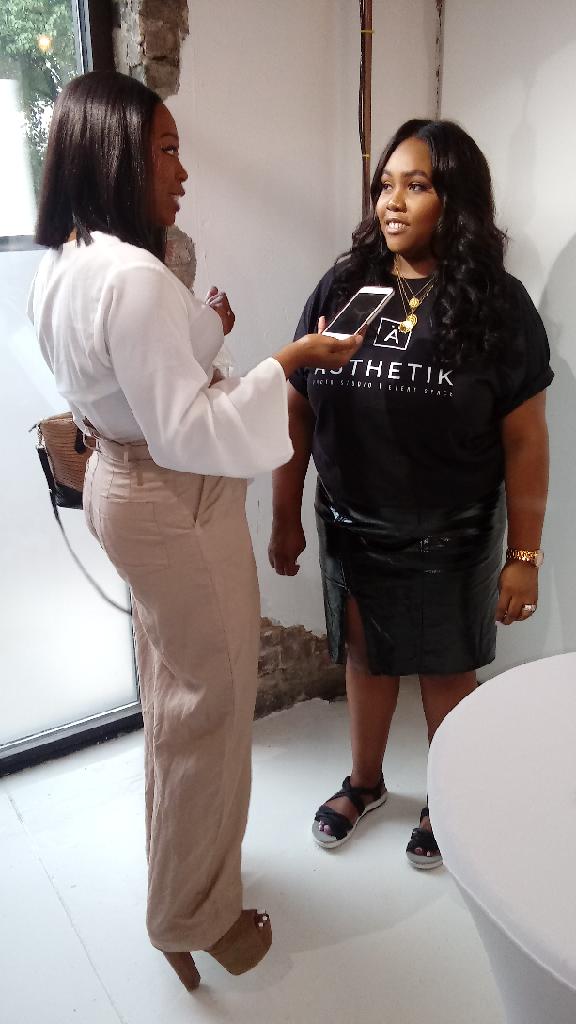 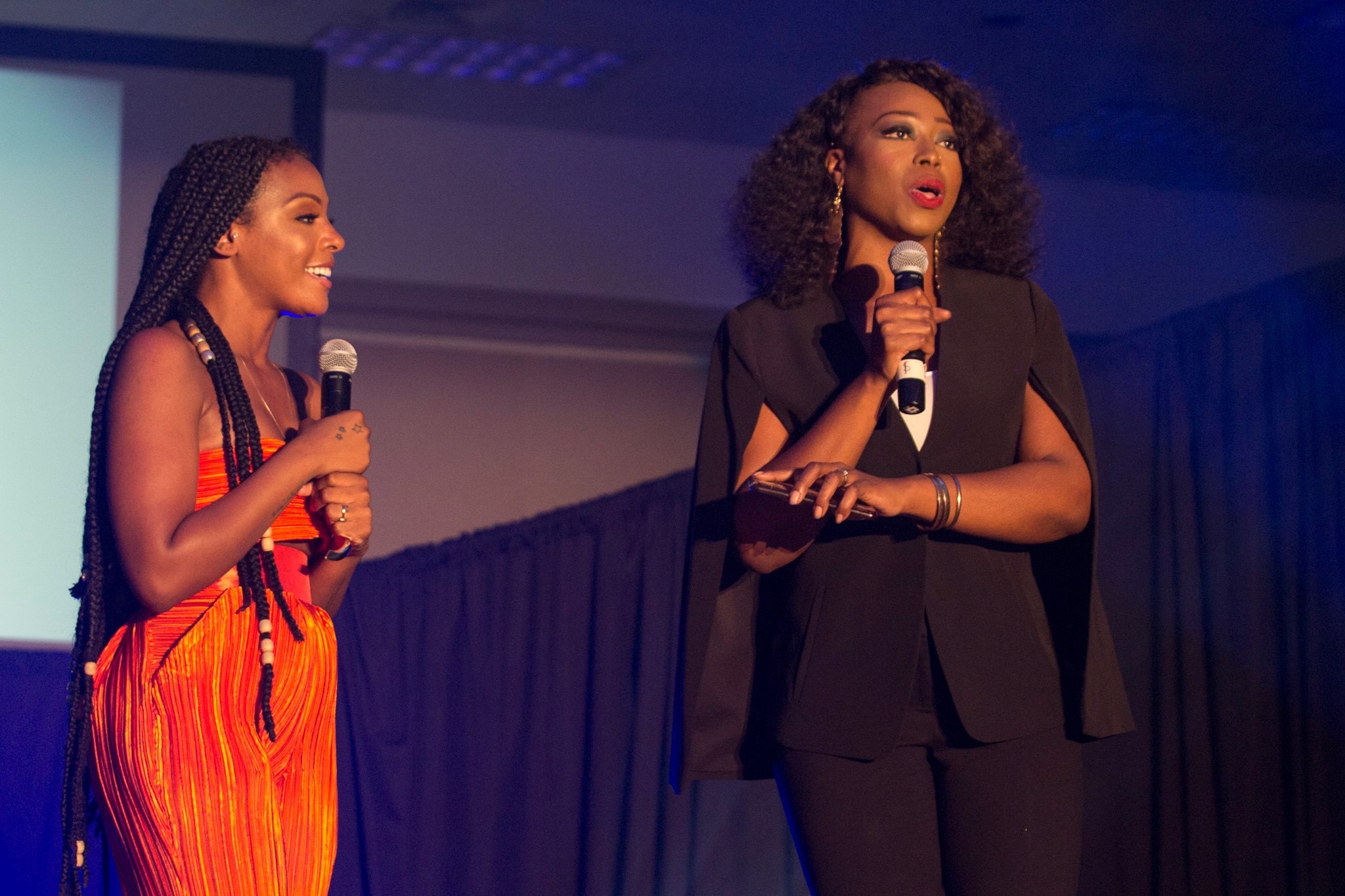 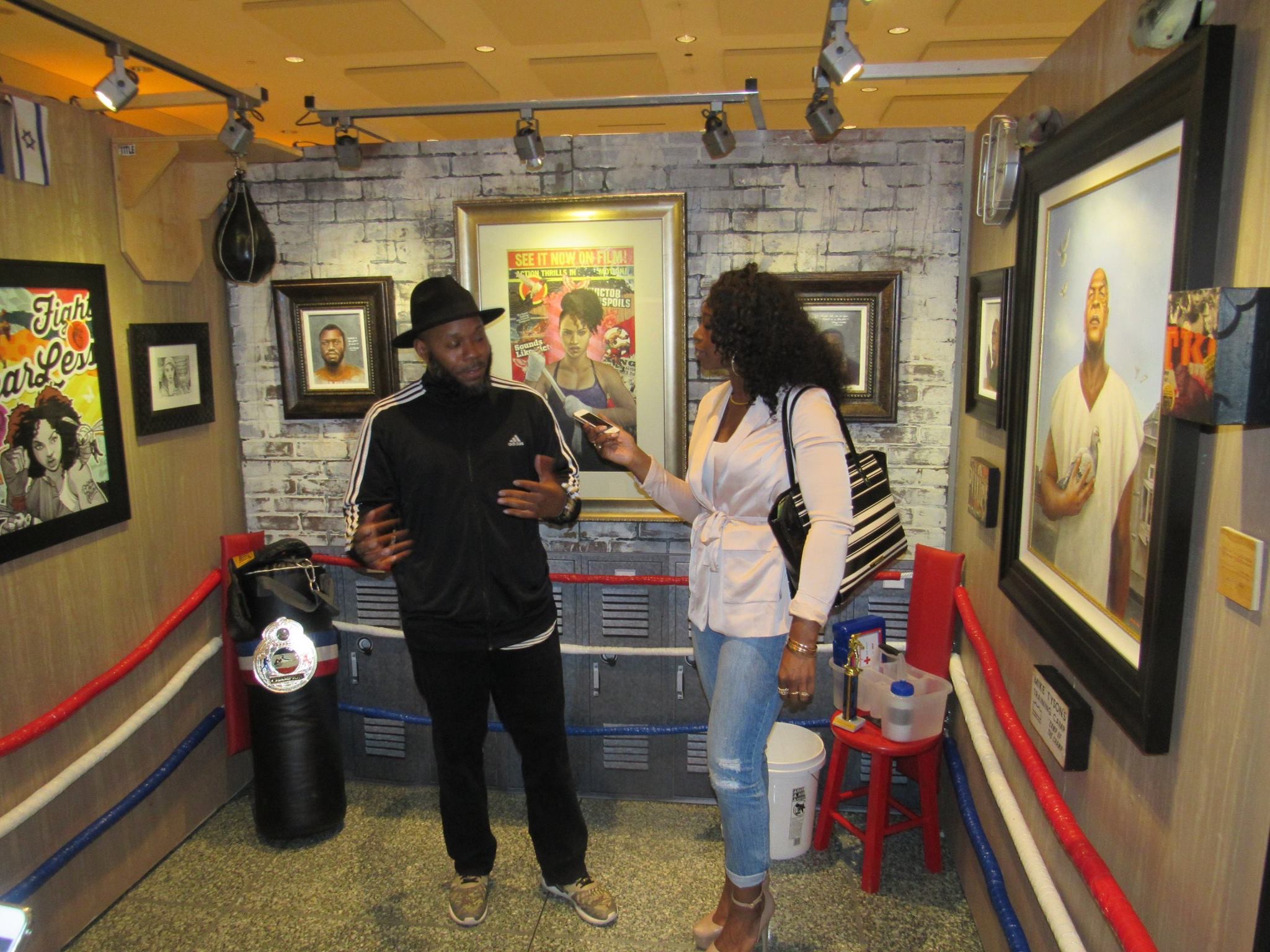 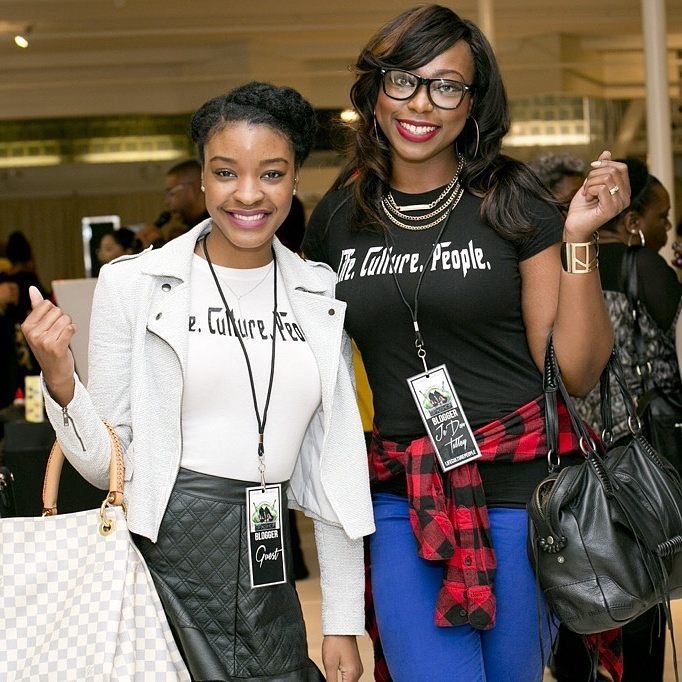 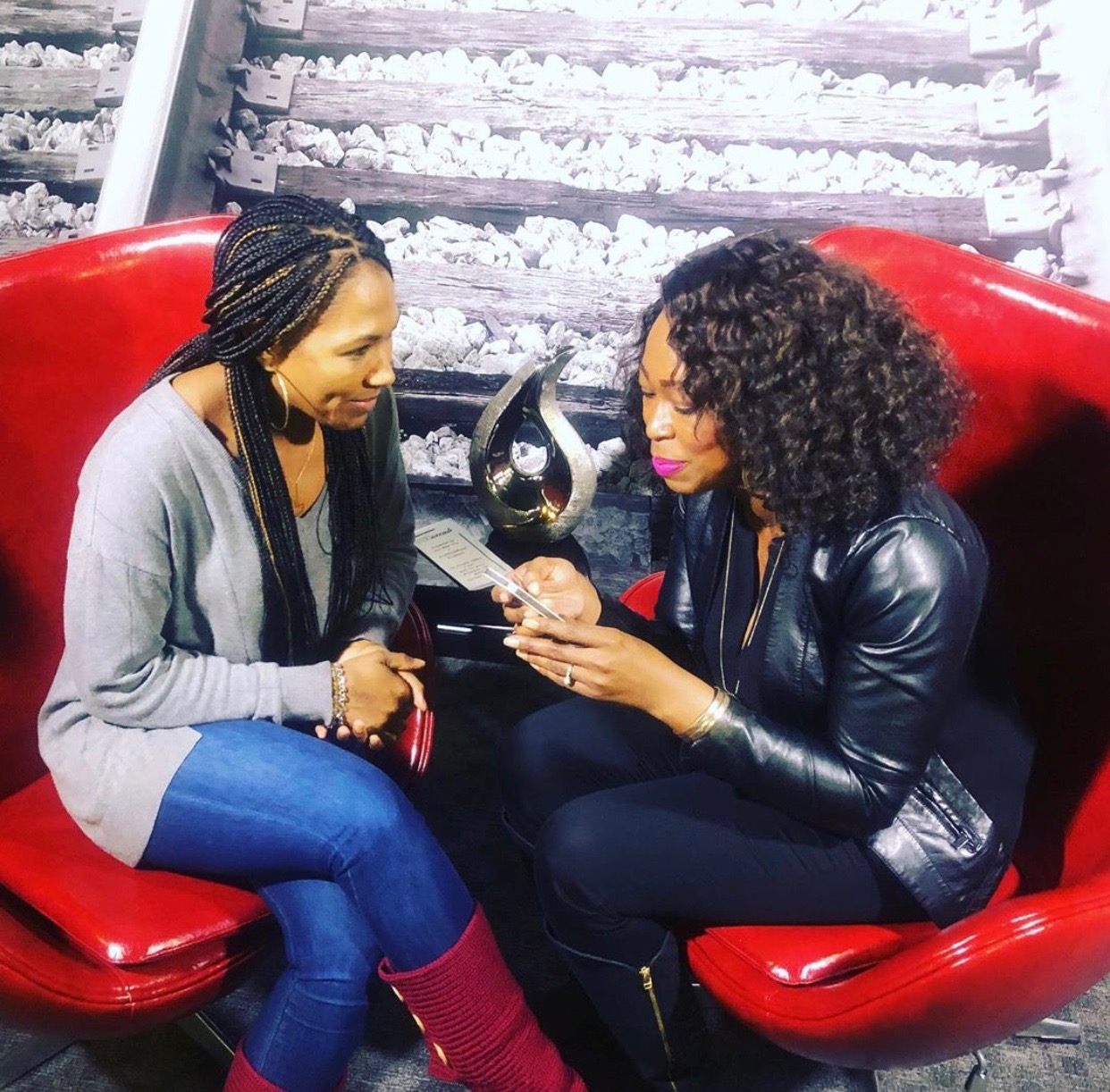 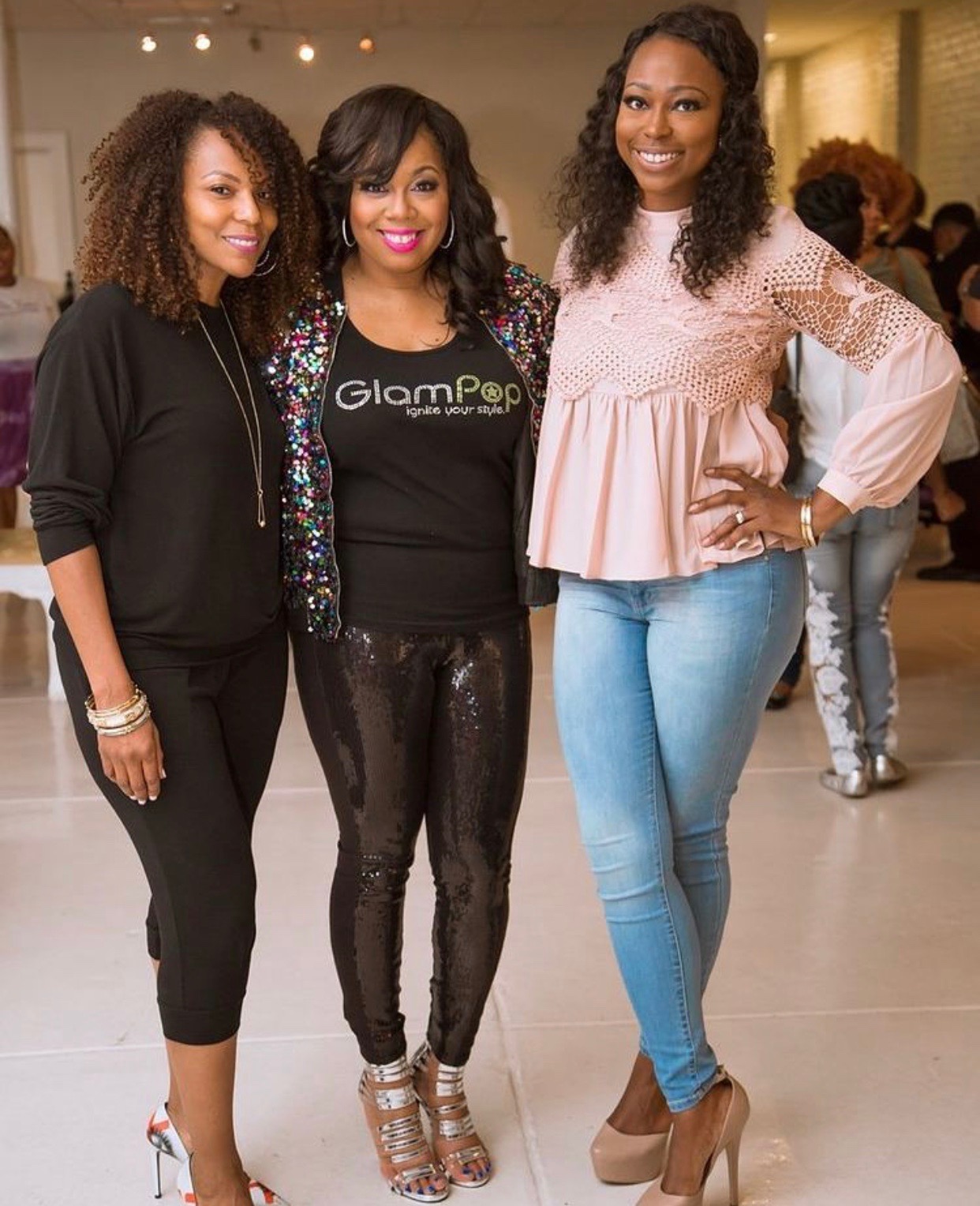 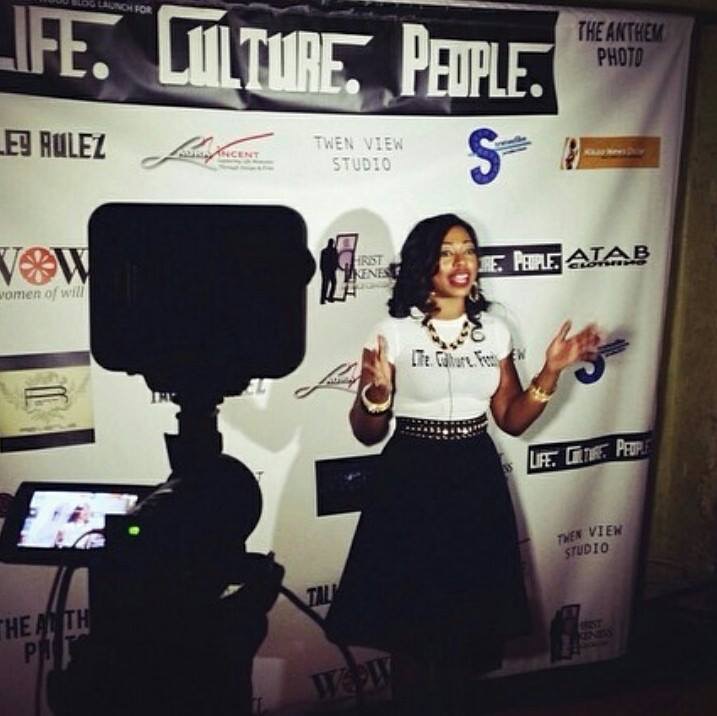