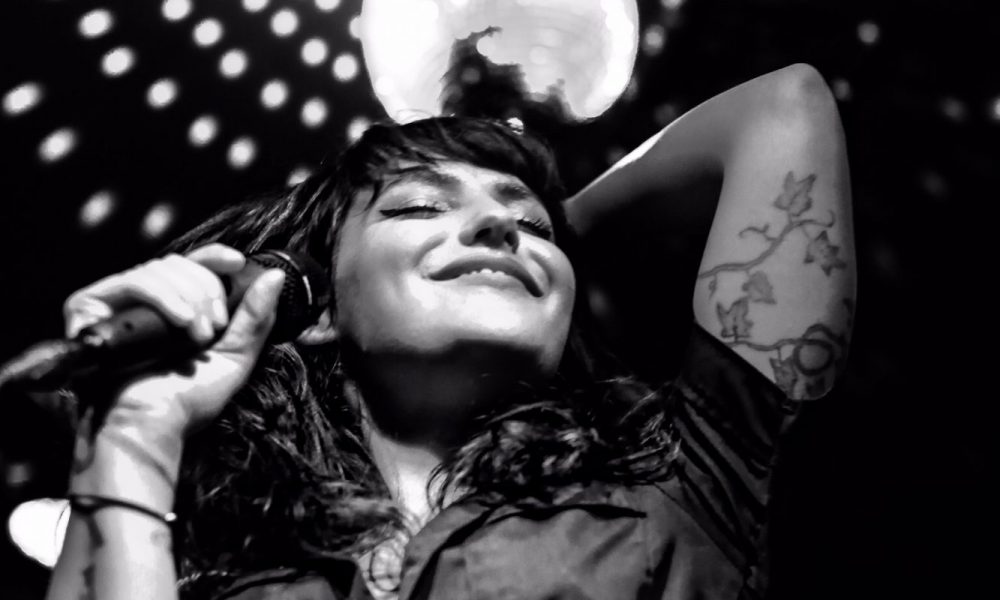 Today we’d like to introduce you to Fiona Silver.

Fiona, please share your story with us. How did you get to where you are today?
I grew up in NYC. I started working in Nightclubs at a very young (under)age. I always loved music and was inspired by my older brother who played guitar, to pick up guitar as well. I was always a writer so the songwriting came more naturally to me. I had a kind of wild adolescence, and after surviving a lot of loss in my family (including my brother Morgan), I took some time to heal and then I put out my first record in 2017, called Little Thunder. Writing is like my therapy and it became a collection of songs about love, loss, desperation, empowerment, imagination, and a whole lot of feelings. Immediately after putting out Little Thunder, I began touring. I used to work at Santos Party House- a club owned in part by Andrew W.K. I reached out to him and asked if I could open for him in Austin because it worked out for our tour route, and to my delight, he said yes. The tour was totally DIY, I booked everything myself (as I usually do), and that was the biggest show we had ever played- at the Mohawk. People were crowd surfing and stage diving and it was insanely fun. After the gig, my bandmates, some friends, and I went down the block to a dive bar. The place was pretty much empty, with the exception of a few locals. One of those guys was Gary Clark Jr. That began the friendship, which opened many more doors.

A few months later, recorded two songs down in Memphis, TN at Royal Studios (where Al Green made all his records) with a producer I also met on that tour, named Boo Mitchell. Thunder and Lightning was a song I wrote about my brother, and my process of grief and moments of spirituality during that time, as well as “Nightclubbing”. When the songs were finished I sent Thunder & Lightning to Gary and asked if my band could ever open up for him. What happened was truly beyond my wildest dreams. He took my band on tour for about two weeks in the US & Canada in the Summer of ’18. Then, in the fall, we played 4 sold-out shows at The Fillmore in San Francisco with him, and on the last night, Carlos Santana came as a surprise guest. Santana was incredibly supportive, and even invited me back on stage to jam with them. I was so nervous I could barely move haha but it was a beautiful and surreal experience. I played my first show in London the next month, and stopped in Iceland to explore a bit, hosted a big superjam for my birthday show Jan 8th, and played some more gigs and then had another insane gift of opening for Gary for two sold-out shows at the Beacon Theatre in March.

I recorded my next EP, “Hostage of Love” in Brooklyn, and have been spending a lot more time writing, recording, traveling and collaborating in the last year. I just dropped the first single from the EP, called “Dark Blue” and recently got home from another DIY tour. Life is crazy. Right now, I’m just trying to keep moving, creating and doing what feels right. It can be really challenging sometimes because it’s not a linear process and I’m still an independent artist, but I try to stay in gratitude wherever I’m at.

Overall, has it been relatively smooth? If not, what were some of the struggles along the way?
The road is definitely not smooth. It feels like a miracle when things line upright. Being a woman is particularly difficult in a field dominated by men. People (including women) often focus more on my appearance than my music, and sometimes I get self-conscious if I wear something more revealing, because there is a lot of weirdos on the internet. If you’re starting your journey give yourself room to explore and grow into yourself. Multiple “industry” people have told me to lie about my age, which is also not something men have to deal with. I went through a lot and had to learn from it to get where I am, so it’s incredibly offensive to me to be told to pretend I’m still 21, not to mention a gross stigma that women are somehow more valuable when they’re super young. The bottom line is you have to have the courage to put yourself out there. People will judge you no matter what, so it’s important to do what feels right to you rather than trying to please anyone else.

Alright – so let’s talk business. Tell us about your business – what should we know?
Listen to the music. I’m a rocker, and I’m influenced by a lot of music… particularly Soul. I’m really proud of my new single Dark Blue, which I wrote, and produced with the help of my bandmates and audio engineers who worked on the record as well. The music is unique in its own way, but I think the live show is really special because that’s where we get to connect with people in real life, and in turn, the audience gets to see how much of myself I put into it. 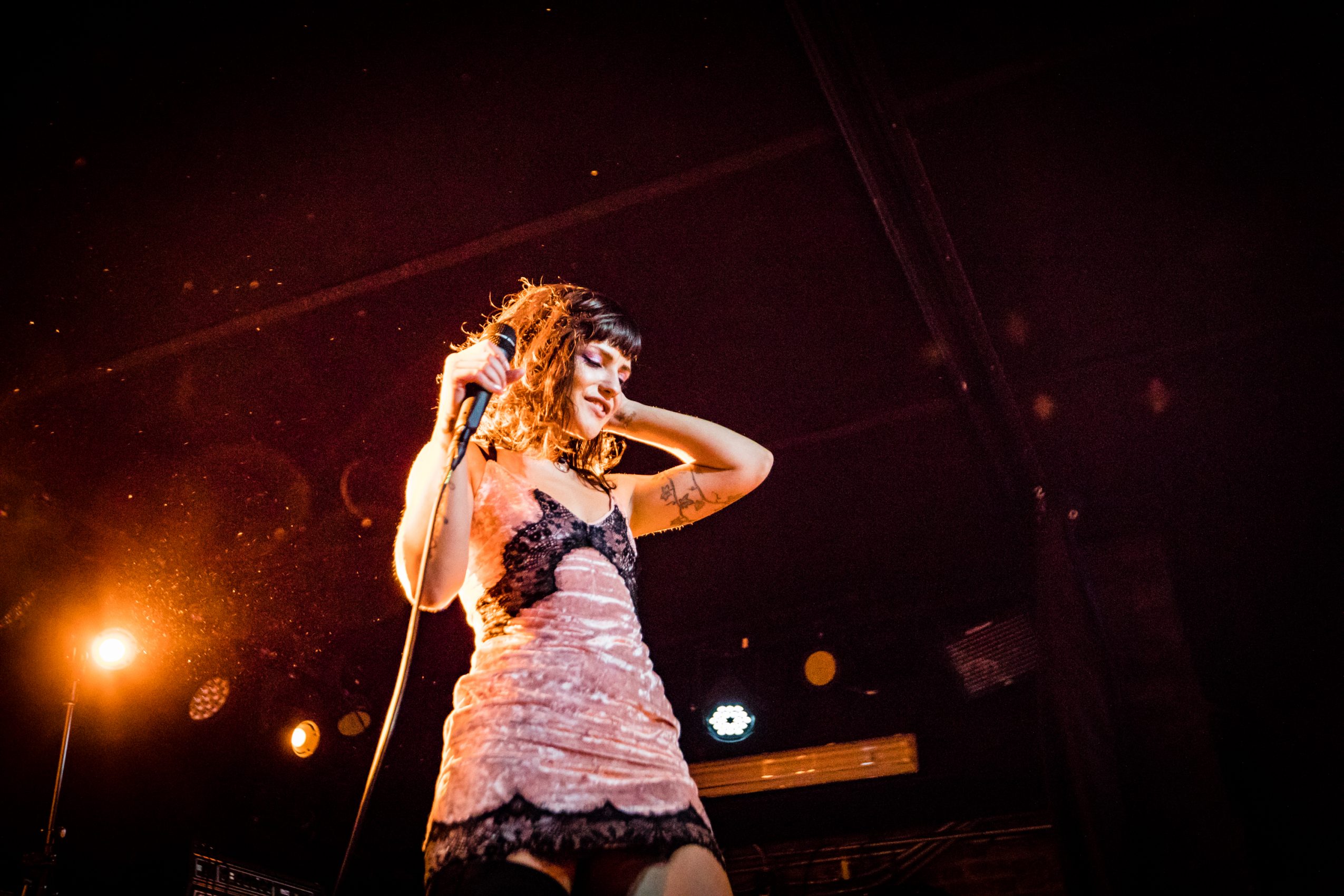 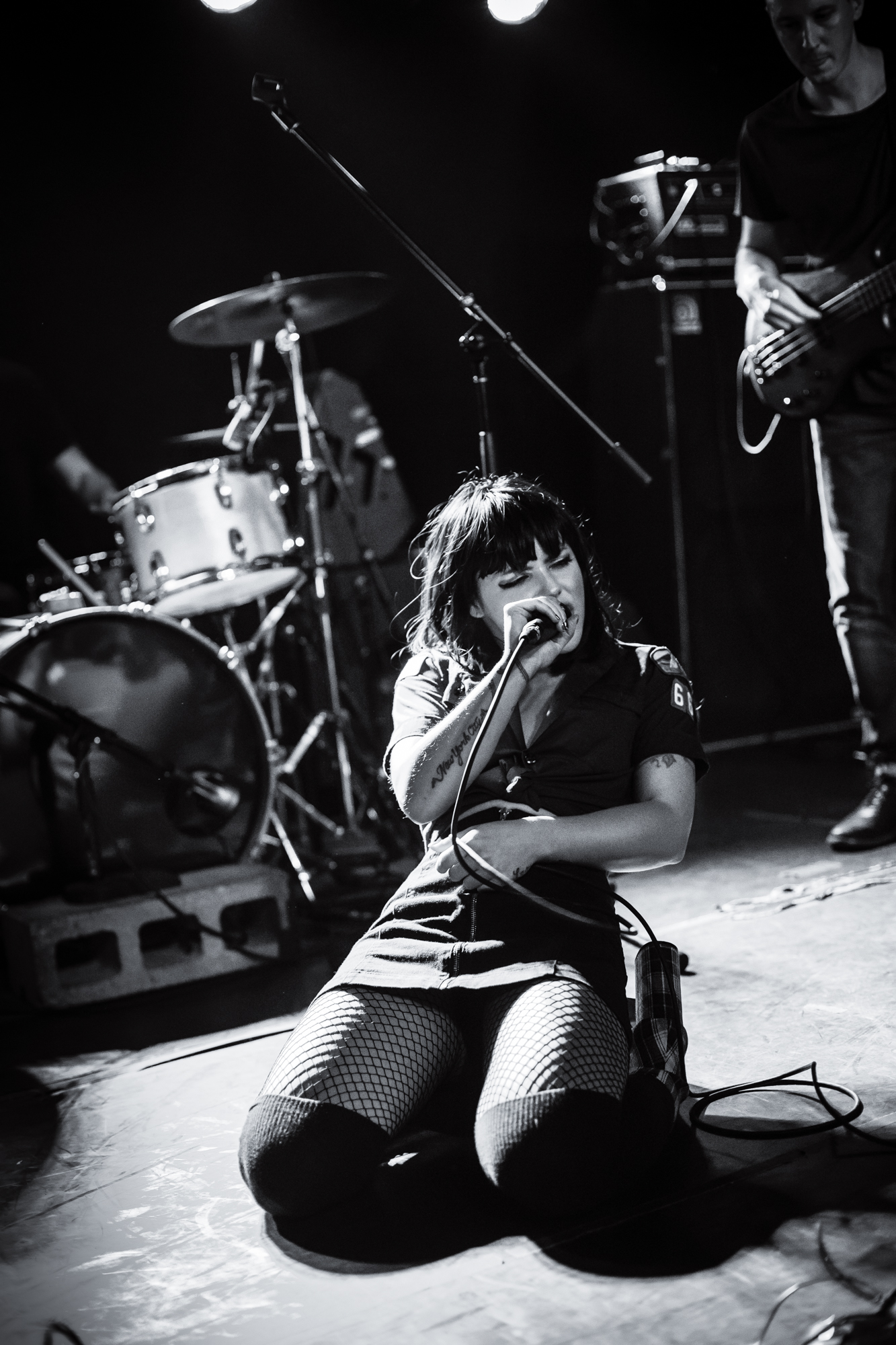 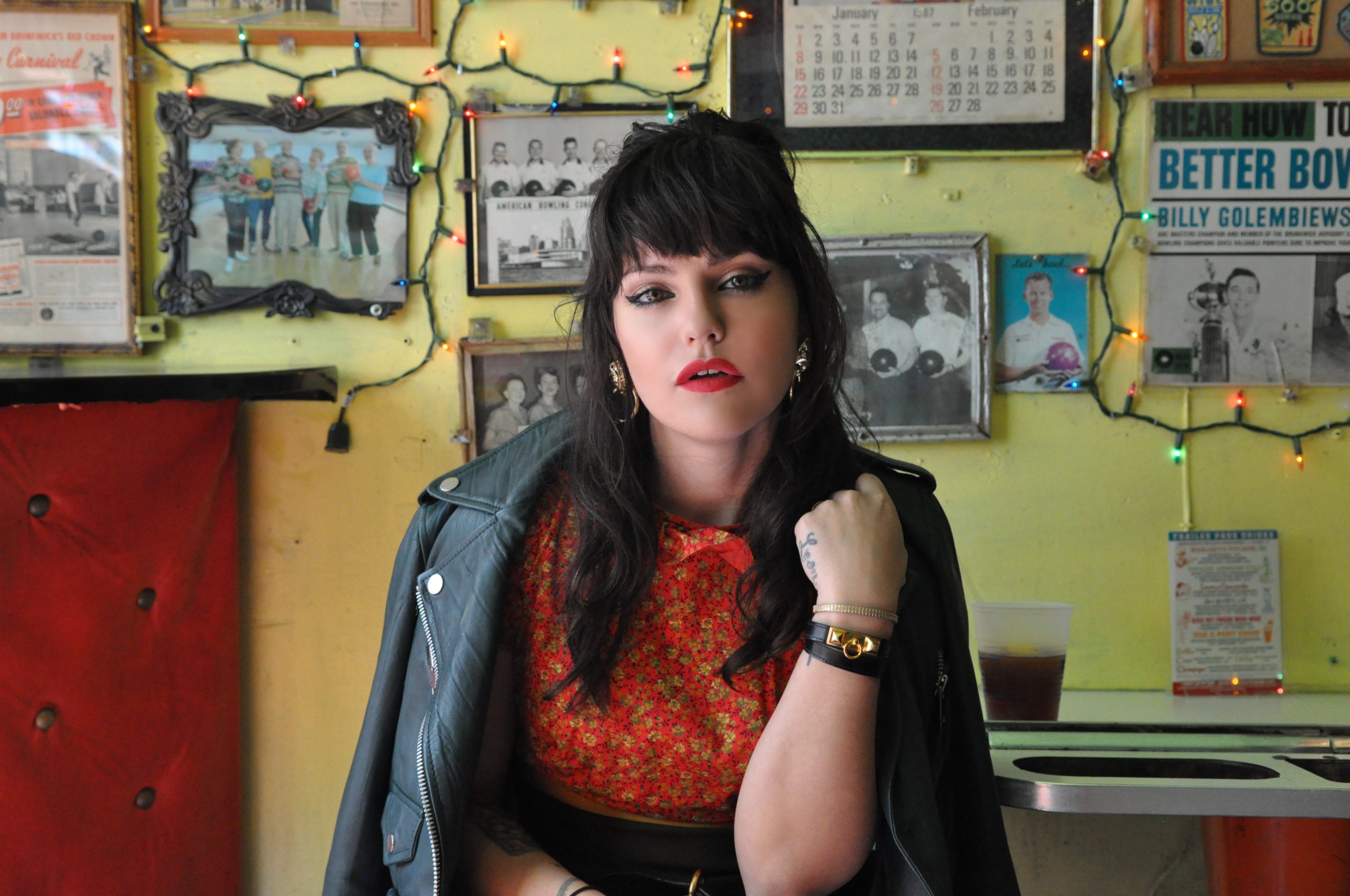 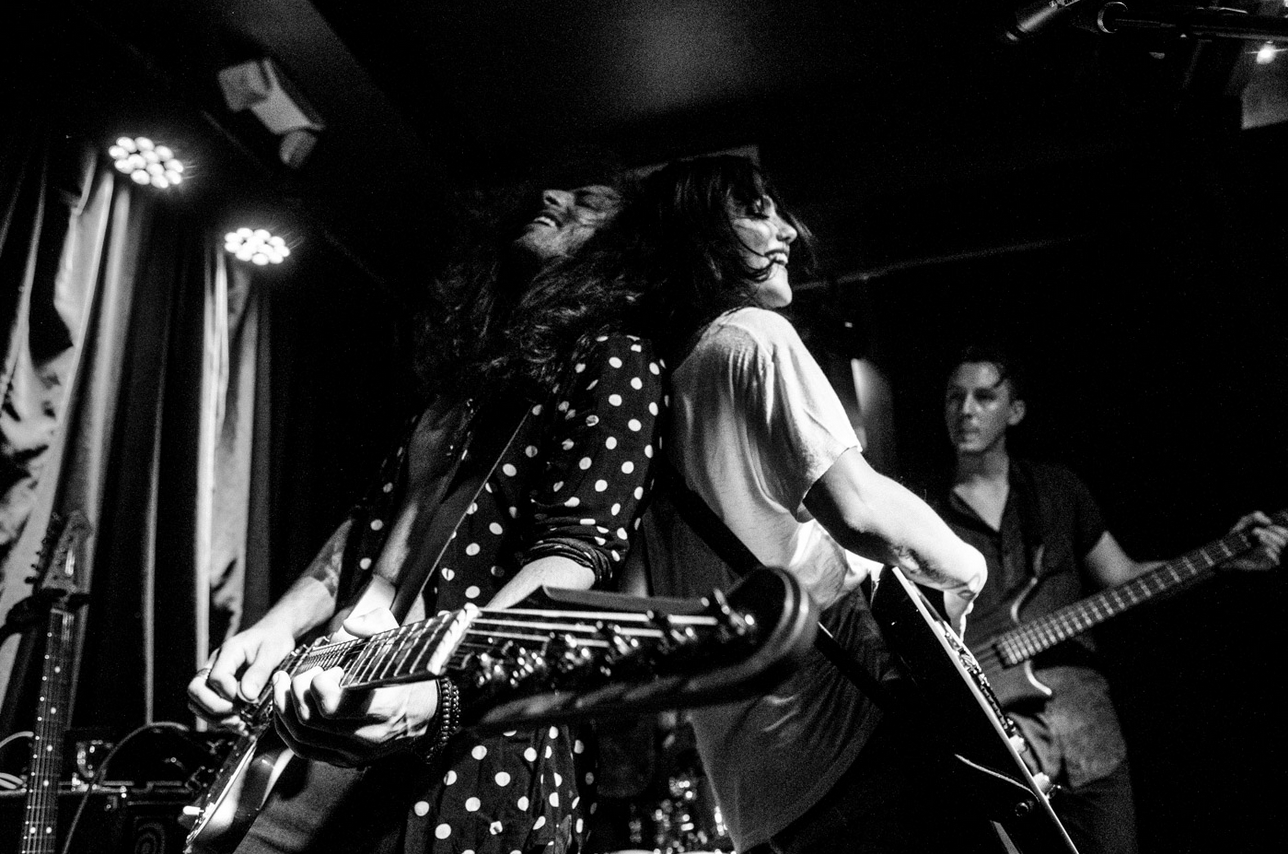 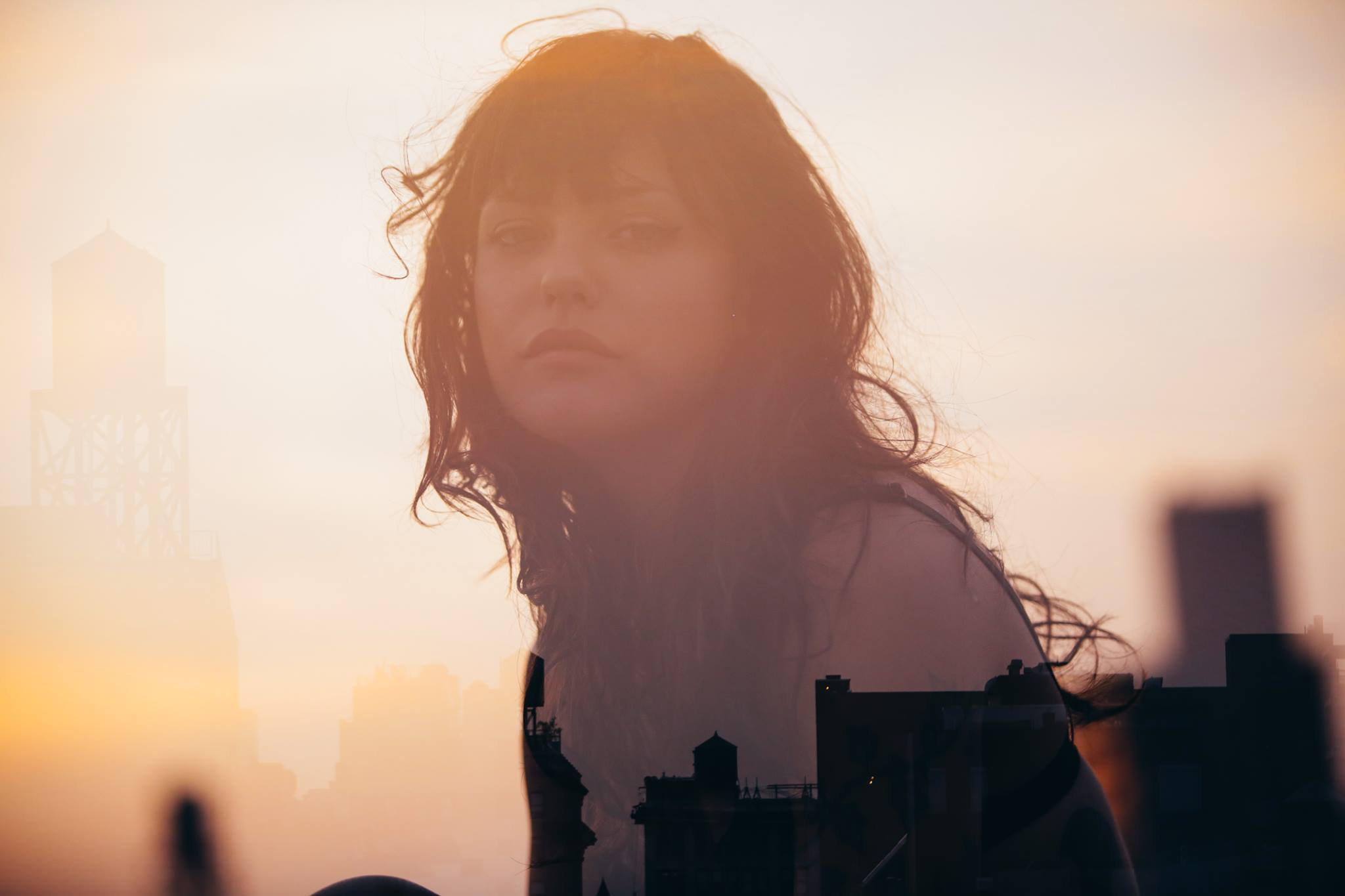