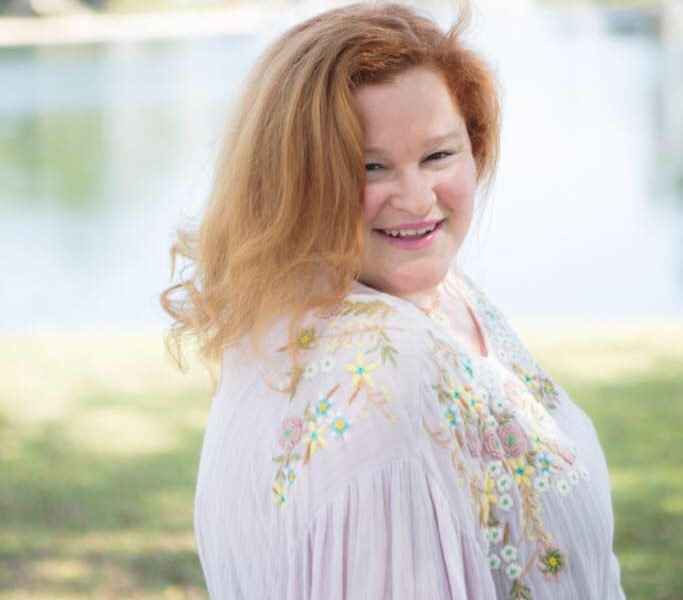 Today we’d like to introduce you to Erica Jacobs.

Erica, please share your story with us. How did you get to where you are today?
I am a straight, white, cisgender thirty-two-year-old woman born and raised in the South Bay; a small beach town in the outskirts of Downtown Los Angeles.

I am the only child of two Jewish New York native parents, who took each other through a tumultuous divorce when I was two.

With the exception of having a roof (two roofs) over my head, food in my belly every day, clean clothes and access to medical care, I had difficulty living two separate lives, in two separate houses, having to build two separate identities in each respective household. Rarely could I say or do anything that wouldn’t threaten my relationship with one parent or the other. I didn’t know how to show my parents I could love them both, without having to take sides. I felt unrest, guilt and shame in my heart much of the time and I processed this pain mostly by overeating, watching Lifetime movies, telling jokes and writing.

While I was a peace-keeper in the home, I was a jokester in the classroom. Throughout childhood and adolescence, I found my voice and talent both for performing comedy and writing prose. I entered and won speech and short story contests, and competed on my high school improv team. Humor and the spoken + written word saved my life in more ways than I knew, and would continue to deliver me from pain in later years.

When I was twenty-years-old, my dad died suddenly of a heart attack, leaving me to sell our home, build a life of my own and reconcile my deeply close, albeit broken, relationship with him.

I felt free, in many ways, and completely shattered and shackled in others. It’s been twelve years and although I have healed some very deep wounds, I still ache for the relationship I had with him, and the one I longed for while he was here.

Having a knack for public speaking, comedy and finding top of phrase in any song, I earned a Cardio Kickboxing certification in 2005, at eighteen-years-old, and taught for ten years before becoming certified in Yoga and have been teaching Yoga for the last four years.

I haven’t always been cognizant of it, but teaching fitness to large groups of people means more to me than a workout; I am a teacher and a performance artist. I have always found an outlet and a space to express what is real and true for me in any given season and it helps me process the world around me while shaking my ass in front of 50+ people several times a week. It is a gift and one that has opened a very important conversation in my heart that wasn’t there before…

This past June, I casually asked my friend Lisa, a fellow Yoga Instructor, what it feels like for her to be a black yoga teacher in predominantly white spaces. She answered me, which led to a 4-hour coffee date, which led to a powerful and eye-opening episode on my podcast: What’s Eating Erica Jacobs.

Since President Trump’s election, and his subsequent ignorant and racist rhetoric being put on blast, I have (finally) been curious about my own inherent racism, my white privilege and what it means to be white in a country and society built on white supremacy and racism.

While reading books, listening to podcasts, interviewing people of color and researching the American history I was NOT quizzed on in my formative years is a great idea, I have felt a strong pull toward the uncomfortable and downright confronting work of Anti-racism as both a social and vocational path.

I learned quickly that this work is not the traditional (white-centered) type of personal development, celebrated with flowery self-help jargon nor the wellness promises of celery juice. This work is intended to be practiced, cultivated, shared and consistent, which is why at this juncture of my career as a teacher and facilitator I cannot, and should not, keep this work to myself.

I’ve been finding meaningful and tangible ways to discuss racism and privilege in my yoga classes, through spoken word, physical movement and music. This work doesn’t feel good most times, but it feels right.

By 2020, I will be opening a Physical Movement & Performance Art space, centered around social justice, social courage and social artistry.

Aside from writing, teaching yoga and having rhythm, special talents include, but are not limited to, Professional Lifetime Movie Titler, Game Night Loser, impersonations and Conflict Resolution; I create conflict, then I resolve it.

Overall, has it been relatively smooth? If not, what were some of the struggles along the way?
I would say the road has not been smooth, for the purposes of this publication, but to the contrary, my road has been a bit too smooth. I am not negating my own hurts, traumas, feelings and experiences–they are a vital part of my story and my motivation for the work I am called to do in this dazzling and dangerous world.

Recognizing the ways my existence has been set up and rigged for success and favor as a straight, white, cisgender female in an affluent environment, has been very important, life-altering, disruptive and necessary endeavor.

I have learned that as young women, it is so important for us to not only find what we are passionate about but find the thing we can’t not do; the thing that may cost us our comfort, our familiarity, our perceived safety and even a relationship or two.

Whatever we are called to do, our life’s work ought to reflect our desire to not only help others but more importantly, cause the least harm.

What do you do, what do you specialize in, what are you known for, etc. What are you most proud of? What sets you apart from others?
I am a Writer, a Meaning-Maker, Community Builder and Public Speaker. I specialize in the written word, conveying thoughts, ideas, concepts and complex narratives to groups of people in ways that are inclusive, captivating, creative and thought-provoking.

I am known for my ability to have a very serious discussion following, or even right alongside, a high-energy, light-hearted comedy-inspired gathering. I know how to balance a room with both humor and darkness… particularly dark humor.

I am most proud of the community I have built with yoga, kickboxing, prose and poetry. I am proud of my desire to keep growing, changing, learning and evolving. I’m proud of my discernment and my willingness to believe that EVERYONE is my teacher.

What sets me apart from others? I’m not sure. Maybe that I don’t have any other personality or demeanor for different jobs and activities. I am the same Erica through and through.

Do you feel like there was something about the experiences you had growing up that played an outsized role in setting you up for success later in life?
Absolutely! If there is one theme or through-line present in my life it is the misbelief that I have control over my life and what happens in it. I have tried to play God in the most peculiar ways since I was a child, so as to protect myself from bad things happening.

I really tried to be the person my parents needed me to be in the shared custody arrangement. I believed if I could just be a good girl, there would be less hostility, less verbal and psychological abuse, less anger. But my efforts proved futile and I am left exhausted and weary every time.

I have conjured up every way I could have been better for my dad to prevent him from dying.

I have tried to control and manipulate conversations, events, even entire relationships in an effort to avoid pain.
But pain is, like, part of the deal. And self-care is the practice of seeing how I’ve tried to avoid pain, and how I may have and still cause pain to others. 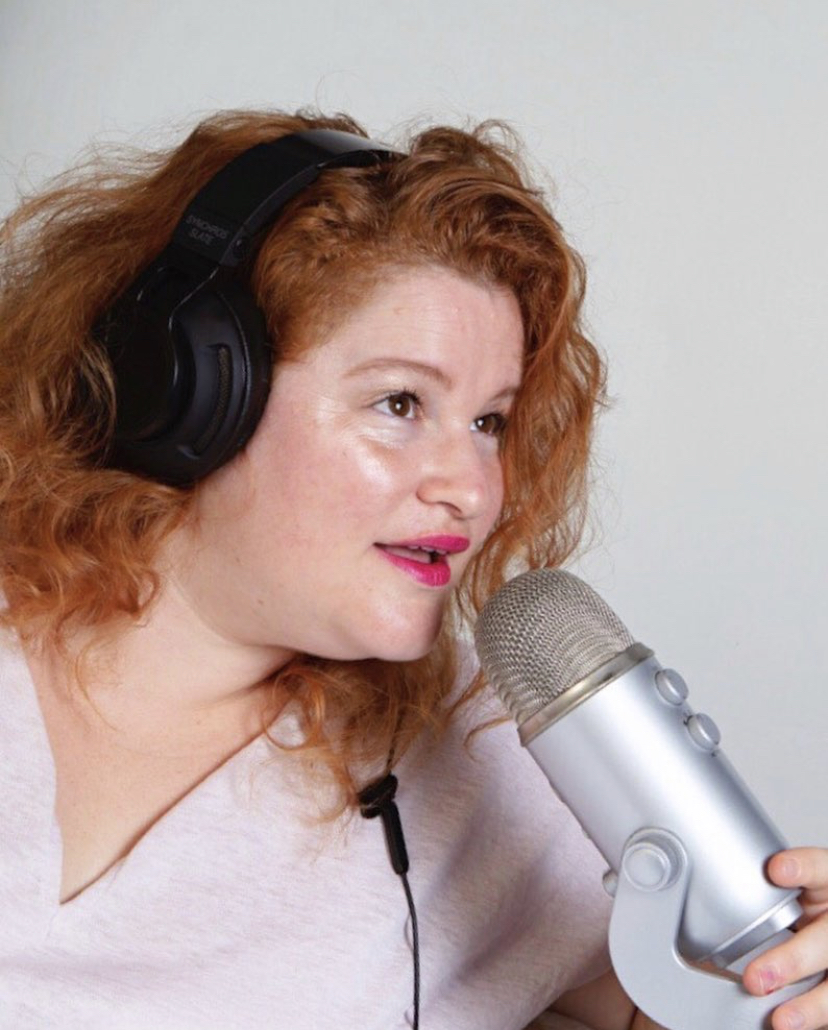 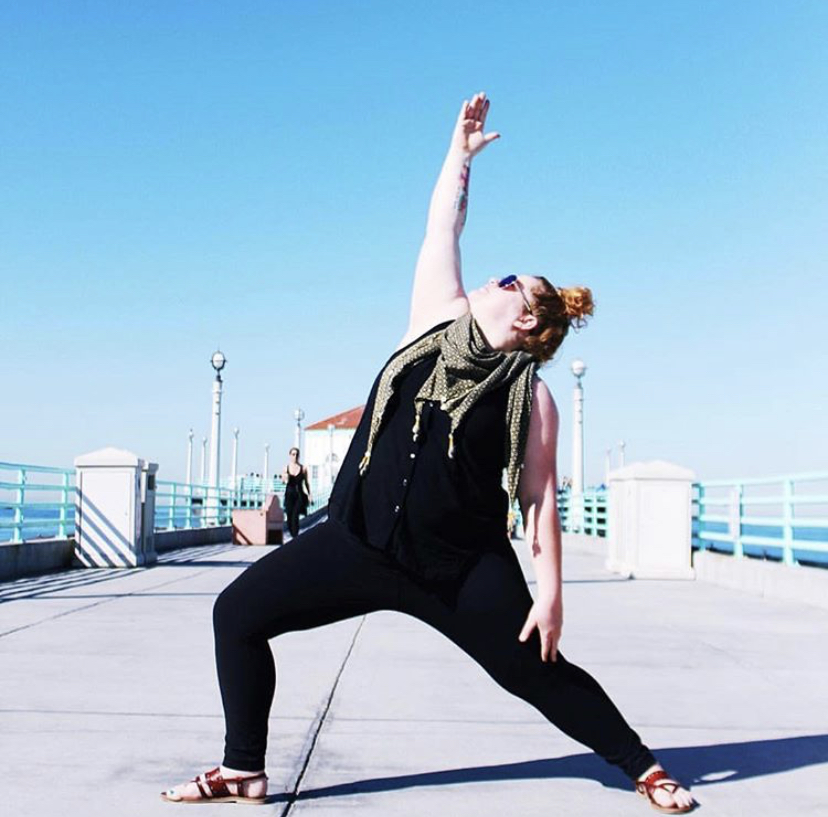