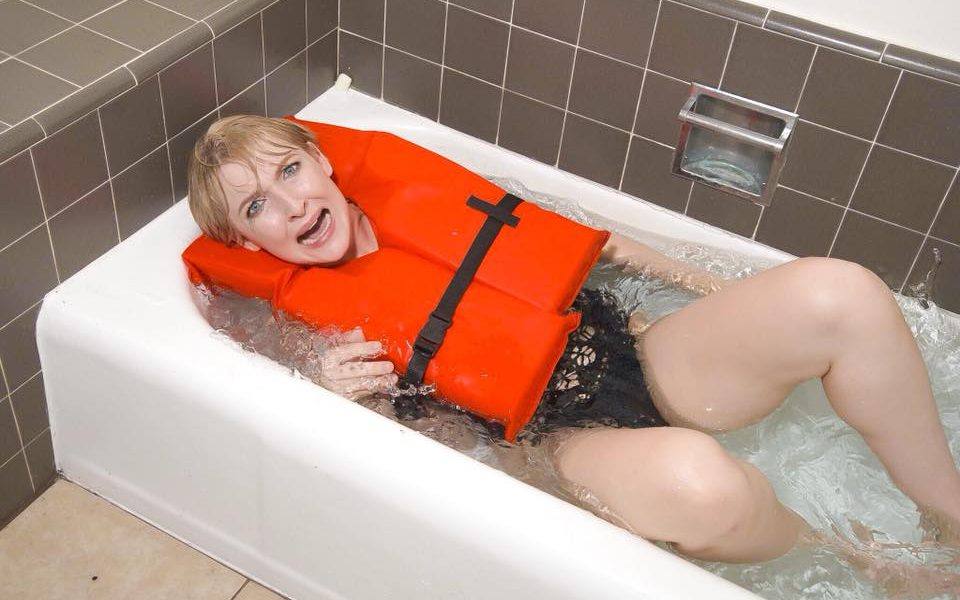 Today we’d like to introduce you to Devon Drew.

Devon, let’s start with your story. We’d love to hear how you got started and how the journey has been so far.
When I was ten years old, a man in the mall approached my mother and I and said: “Do you want to be on Disney Channel and Nickelodeon?” I immediately said “YES!” I would say that’s what started it all. I got sucked into the industry. I started classes at some scam school, but I loved acting, it was so much fun. My mother became my momager (mom/manager) and I quickly started going to New York for auditions. I got really into singing and did a bunch of musical theater growing up. I was even in a short-lived girl group. Music became my main focus. I wrote and performed original music, it was a blast, but the music industry is a hard one to be in. Although music was fun, I always knew I loved acting, comedy, and especially Saturday Night Live. I would watch it all the time, I would watch reruns, I couldn’t get enough. I started taking improv classes any chance I could. I went to a bunch of theater summer camps. They’d go down the line and ask the kids “What do you want to do when you grow up?” everyone would say “Broadway” and I would say “SNL!” I loved theater, I loved performing, and any chance I could get to be on a stage I would take it. When I was in high school, a family friend had tickets for SNL. The way it worked was we would get the tickets for a random date and didn’t know who would be the host. I didn’t care, I just wanted to see the magic. We ended up getting tickets to see the show on my moms birthday and the host was Melissa McCarthy! I cried I couldn’t believe I was getting to see one of my comedy idols. Especially since Bridesmaids was and still is my favorite movie. Getting to see the show live was unbelievable and I knew in that moment that this was exactly what I want to do. I always thought I would go to school for theater. I auditioned for over 20 schools, unfortunately, my SAT was terrible. I’m very dyslexic, so I didn’t get into a ton of schools. I did, however, get into my dream school, Cal Arts. I was so excited they only take like 12 people or something insane like that. I went to visit the school and it just so happened that Cecily Strong, an alumni of Cal Arts and a new cast member to SNL was there and doing an interview about her experience. I remember her saying something along the lines of “I didn’t know what I was doing until I started taking improv comedy classes at Second City.” I left feeling confused, I didn’t want to go to college anymore, I just wanted to do improv. So, I moved to New York City and started taking classes at Upright Citizens Brigade, however, I always knew I wanted to be in Los Angeles. So, after a year I moved out west and started classes at The Groundlings and have been deep in the world of comedy ever since.

Overall, has it been relatively smooth? If not, what were some of the struggles along the way?
It’s never a smooth road. It’s a bumpy road but it’s always fun especially if you really love what you’re doing. People will always try and knock you down but you can’t listen to anyone else besides yourself. If you really want to do this keep doing it. It’s hard especially being a woman in comedy, many people still think women aren’t funny. They’re idiots. Don’t give anyone power over your comedy. There are a ton of creeps who try and hold you back. I’ve gotten jobs just because someone wanted to sleep with me, I’ve had men take my laptop out of my hand and delete my writing, and I even had a male instructor tell me I won’t be funny until I think I’m going to marry someone and then have them break my heart. Being young is hard too, there is a lot of ageism in the comedy world people think if you’re young you can’t be funny because you haven’t “lived” enough. I’ve been through a lot in my life that makes me who I am, that gives me my unique point of view on the world, and I don’t need to be 35 to know how to get a laugh. Stand your ground, know your worth and don’t let anyone control your voice in comedy. Always do what you think is funny and don’t worry about getting people to like you. I still struggle with that, but I always think back to the laughs I’ve gotten and I’m never going to stop chasing that feeling. When I first started someone told me you’ll get more No’s than Yes’s and that’s very true. You have to have thick skin and get over it fast. If you dwell on your failures you will never succeed. Whenever I wouldn’t book something or get told no it hurts, I would cry, and it’s okay to be upset but you can’t let it linger. My mother always told me: “you have 24 hours to be sad and then it’s time to move on.” I still live by that motto. I’ve been told no a million times and I’ll probably keep getting told no, but all it takes is one yes. I love performing, I love making people laugh, and once you get a laugh you can’t stop chasing it. It’s like a drug.

Please tell us more about your work, what you are currently focused on and most proud of.
I am a comedian, actress, and writer. I started in improv comedy and I’ve gone through the entire program at UCB, iO West (RIP), and The Groundlings. I am currently in the final level at The Groundlings school, Advanced Writing Lab, it’s been such an amazing journey. Any class I could take I would take. I wanted to learn as much as I could in every different style. My main focus is character-driven comedy. I love getting to bring to life these people with specific points of view on how the world works. When I put on a wig and a costume, I completely transform. I also took the dive into stand up comedy. It’s very different than improv and sketch but I also find that all those skills can mend together to make me a stronger more unique performer. Like I’ve said, getting to be on a stage performing is my favorite thing to do and I want to do it all the time. So, I started producing my own shows. I produce a character show and open mic “Characters KaBlam!” a variety show “Groupsiez” a stand up comedy show “Big Doinks” and my own sketch show “Noved” at the Comedy Central Stage. I am very committed and driven. Any time I’m on stage I go hard 100% even if I’m not getting laughs, I won’t back down until I do.

Finding a mentor and building a network are often cited in studies as a major factor impacting one’s success. Do you have any advice or lessons to share regarding finding a mentor or networking in general?
Anytime you talk with someone, work with someone, or meet someone it’s a chance to network. You never know who could help you in the future. Always support other artists. If you want people to support you, you have to support them. Find a group of friends you love to work with and create content. All of my improv teams and sketch groups are made up of some of my best friends. Take as many classes as you can, always be willing to learn and grow, and constantly challenge yourself to try something that scares you. Find a teacher you love and work with them as much as you can. I have seriously taken so many classes, and I keep taking classes. Every teacher has a different perspective on comedy, acting, and writing. Everything you learn you can add to your toolbox. 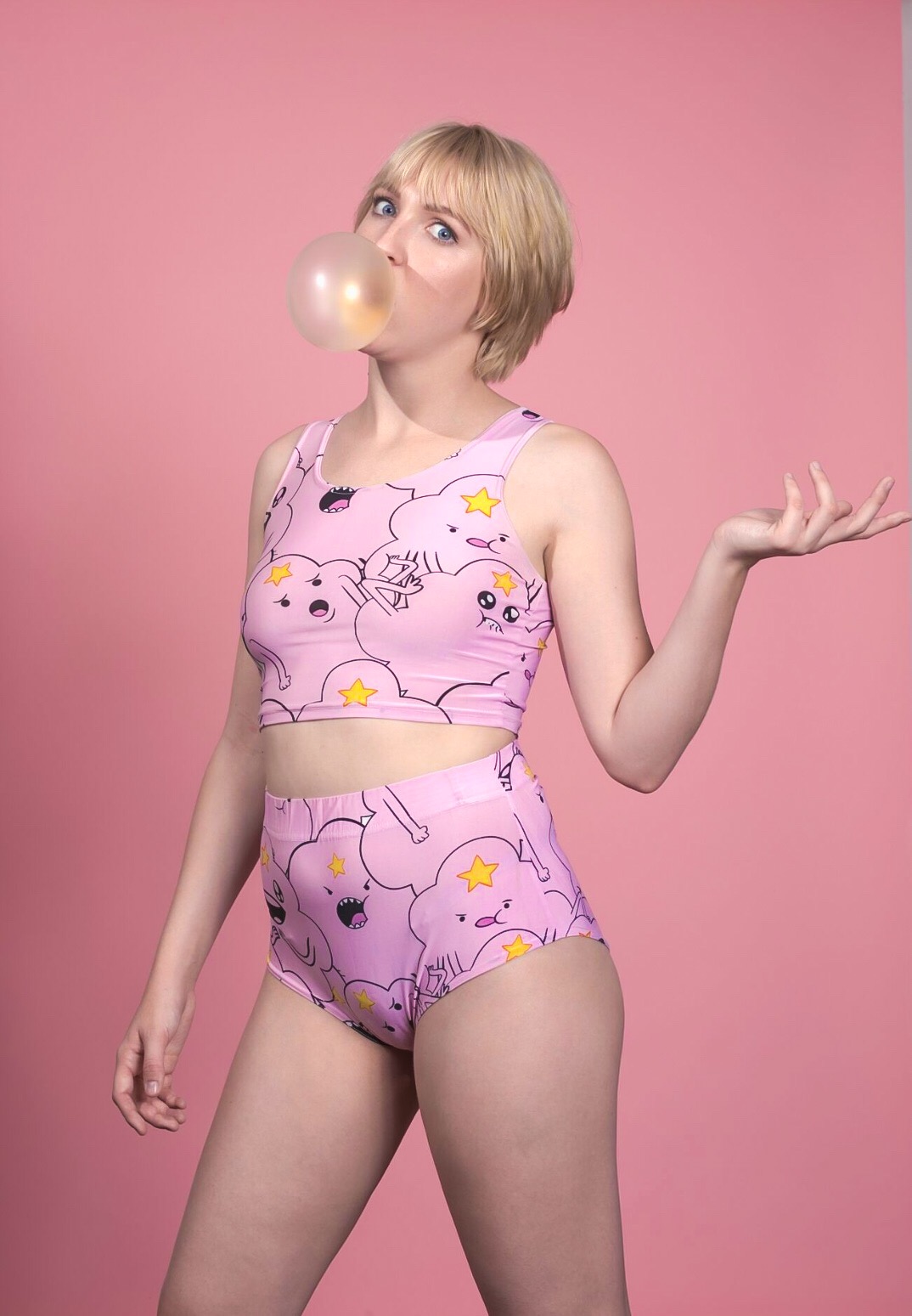 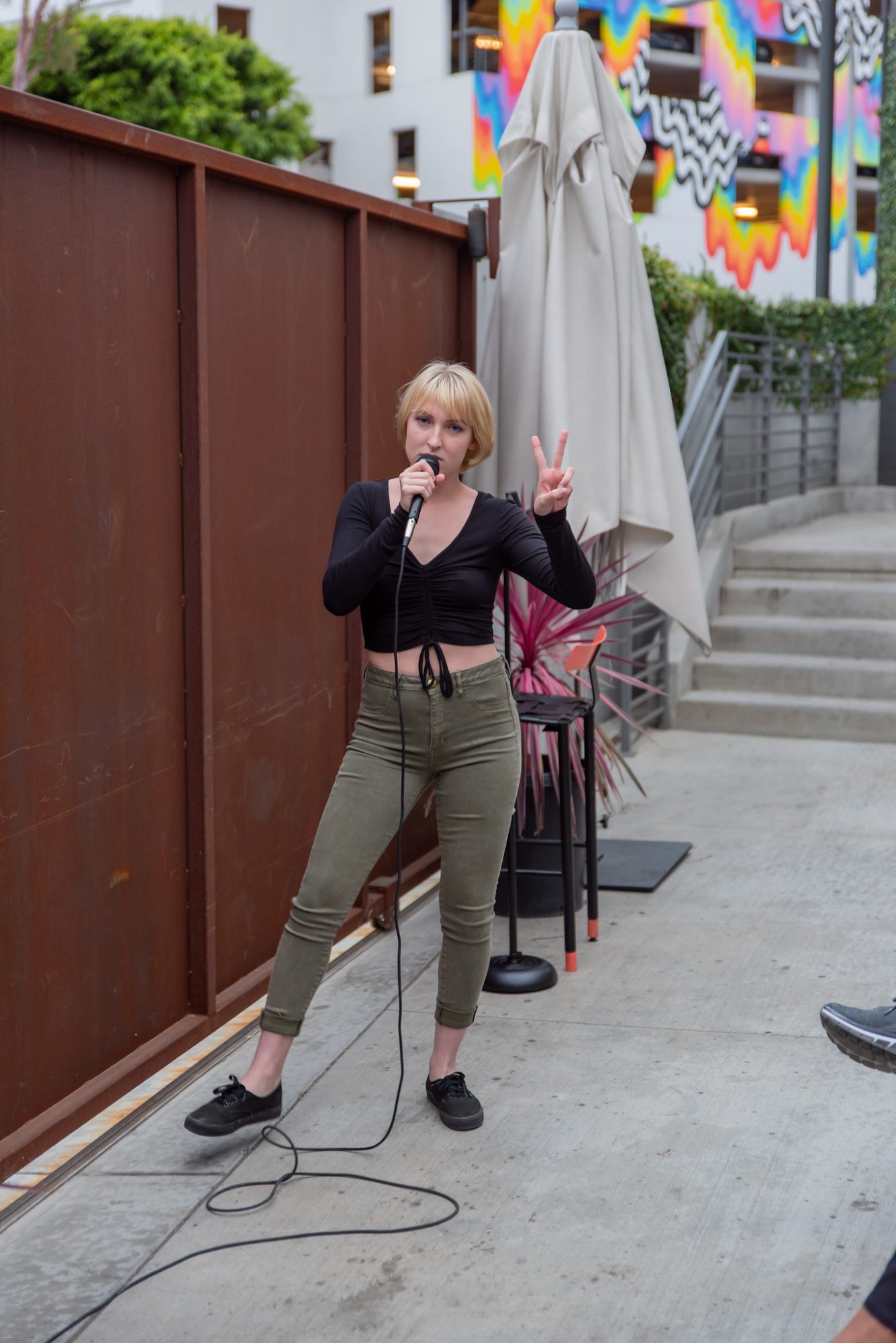 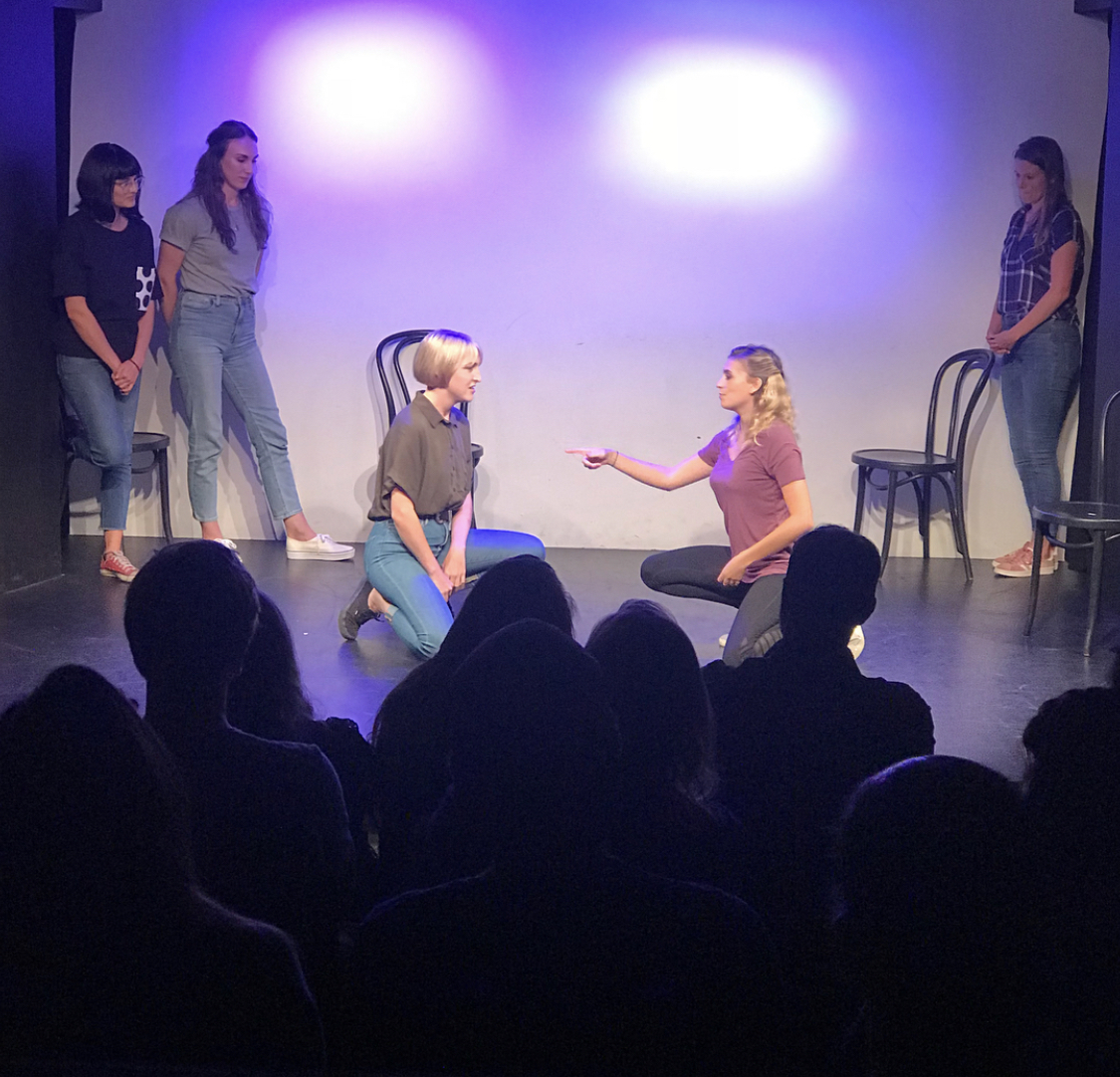 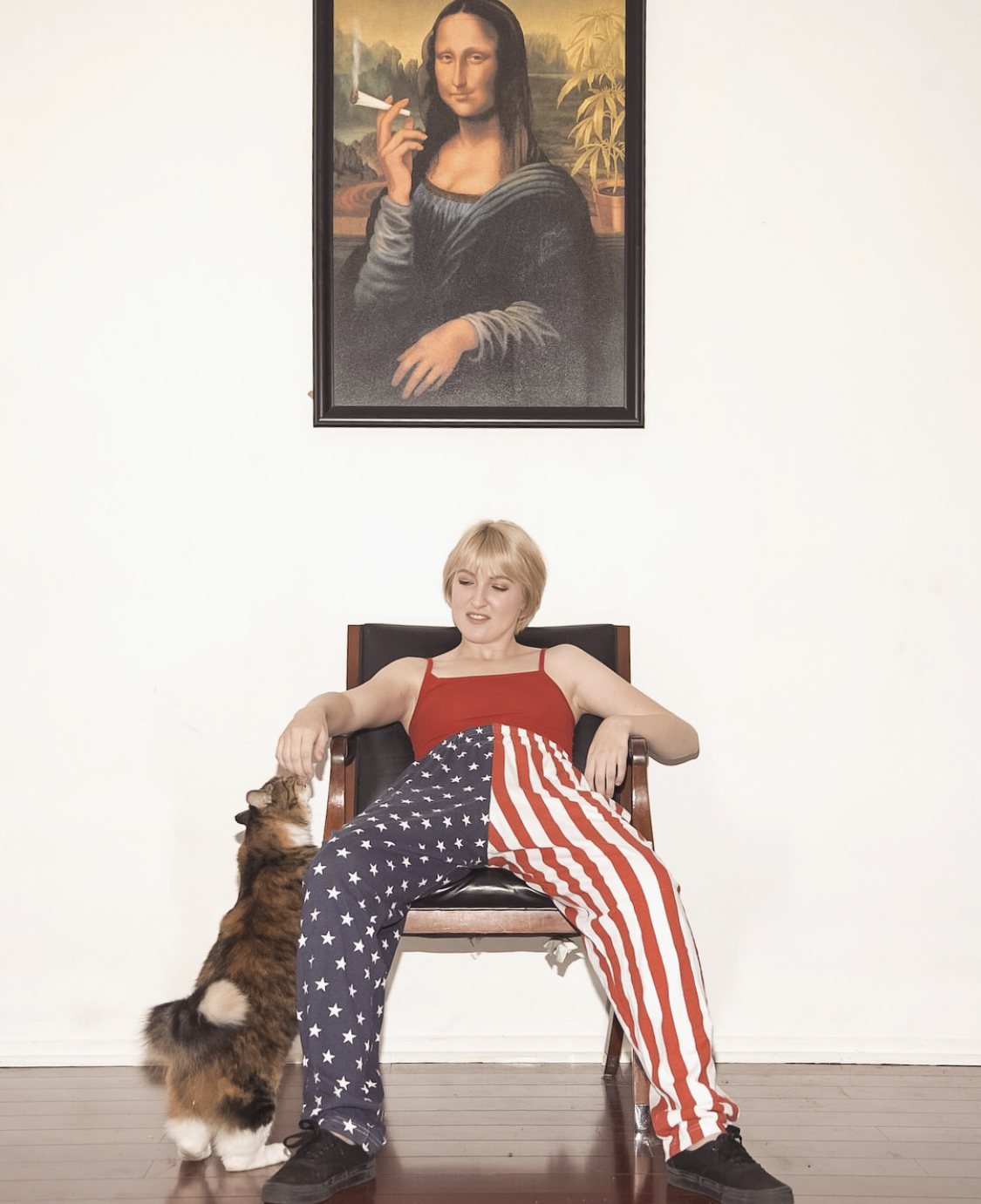 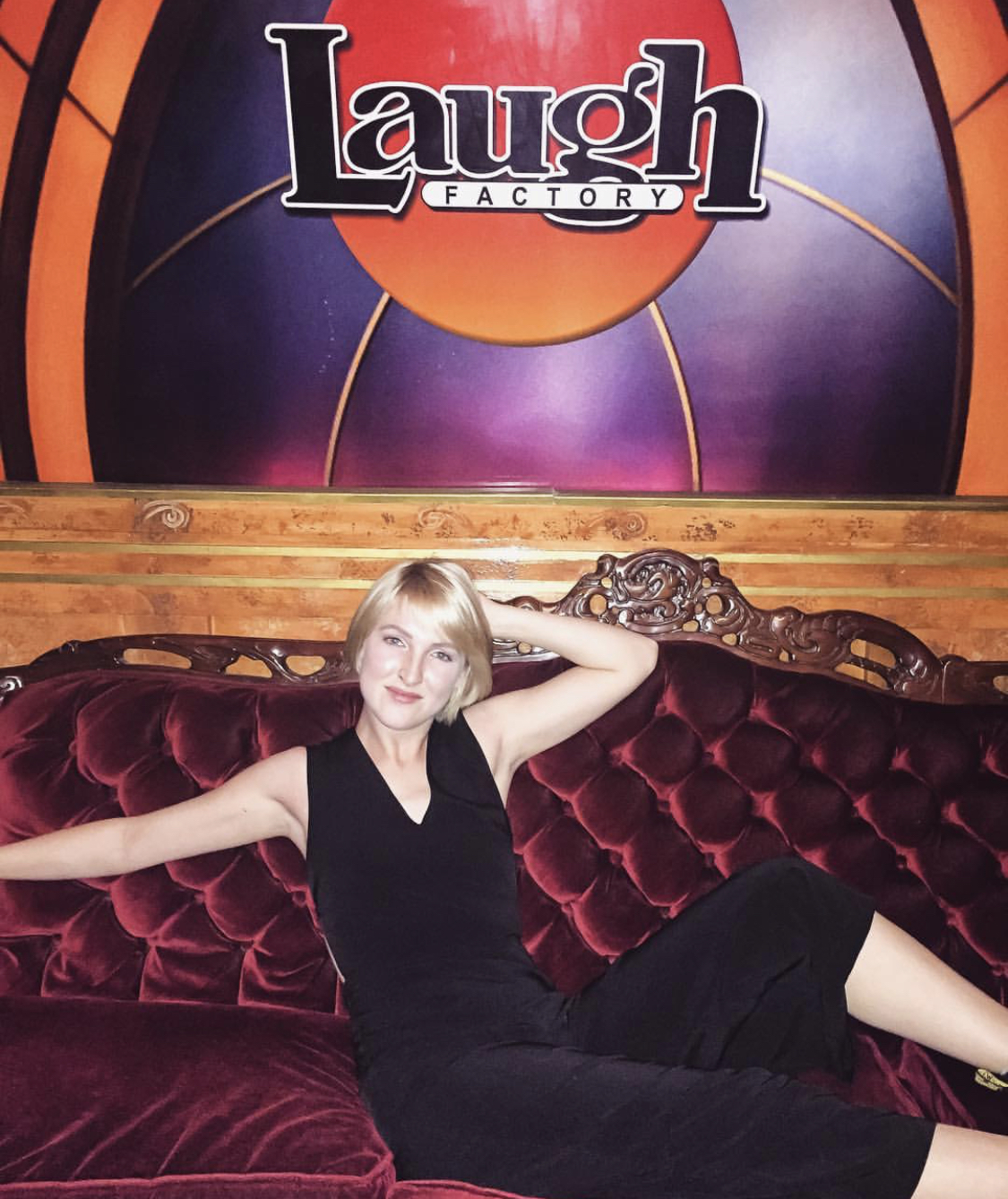 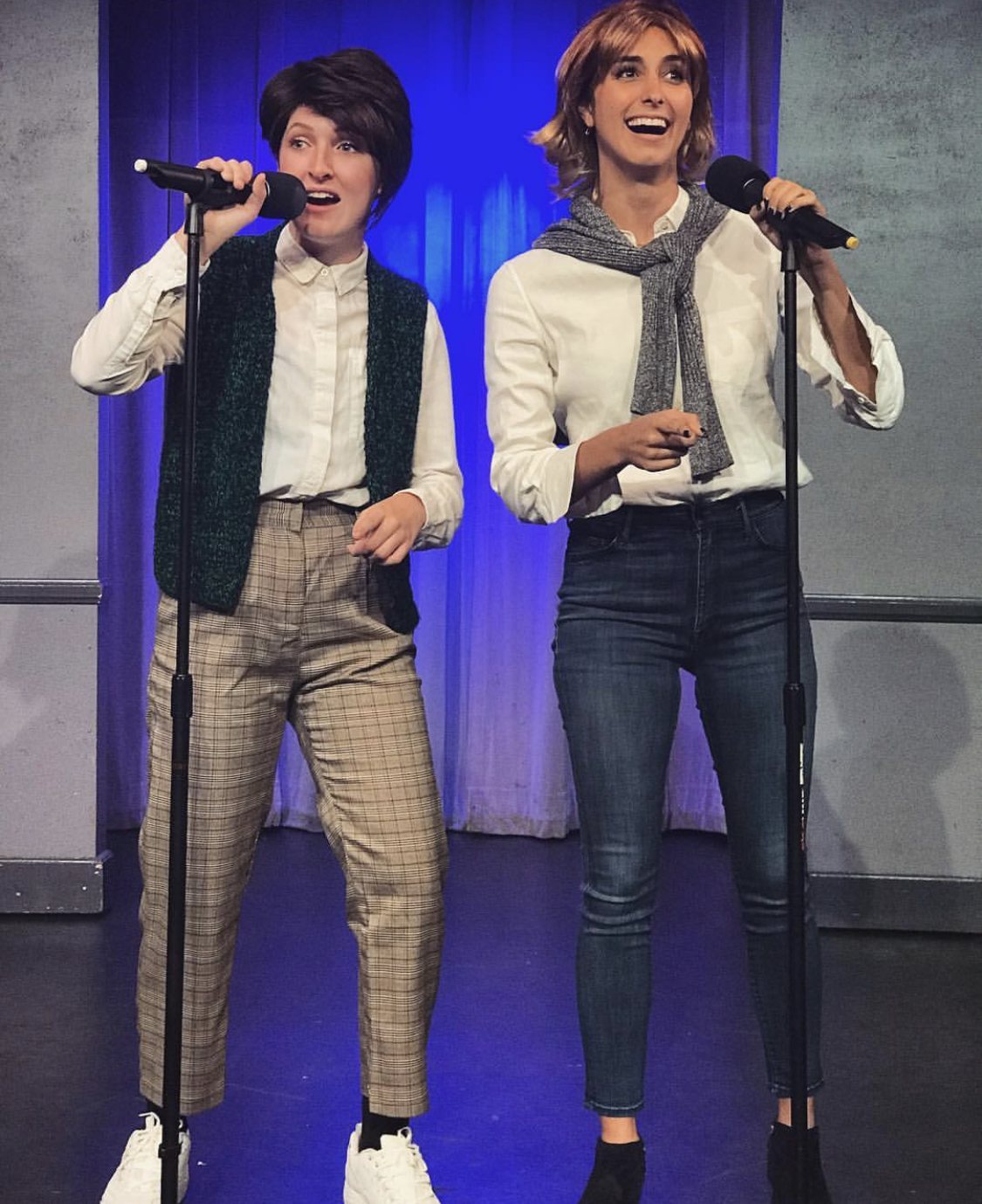 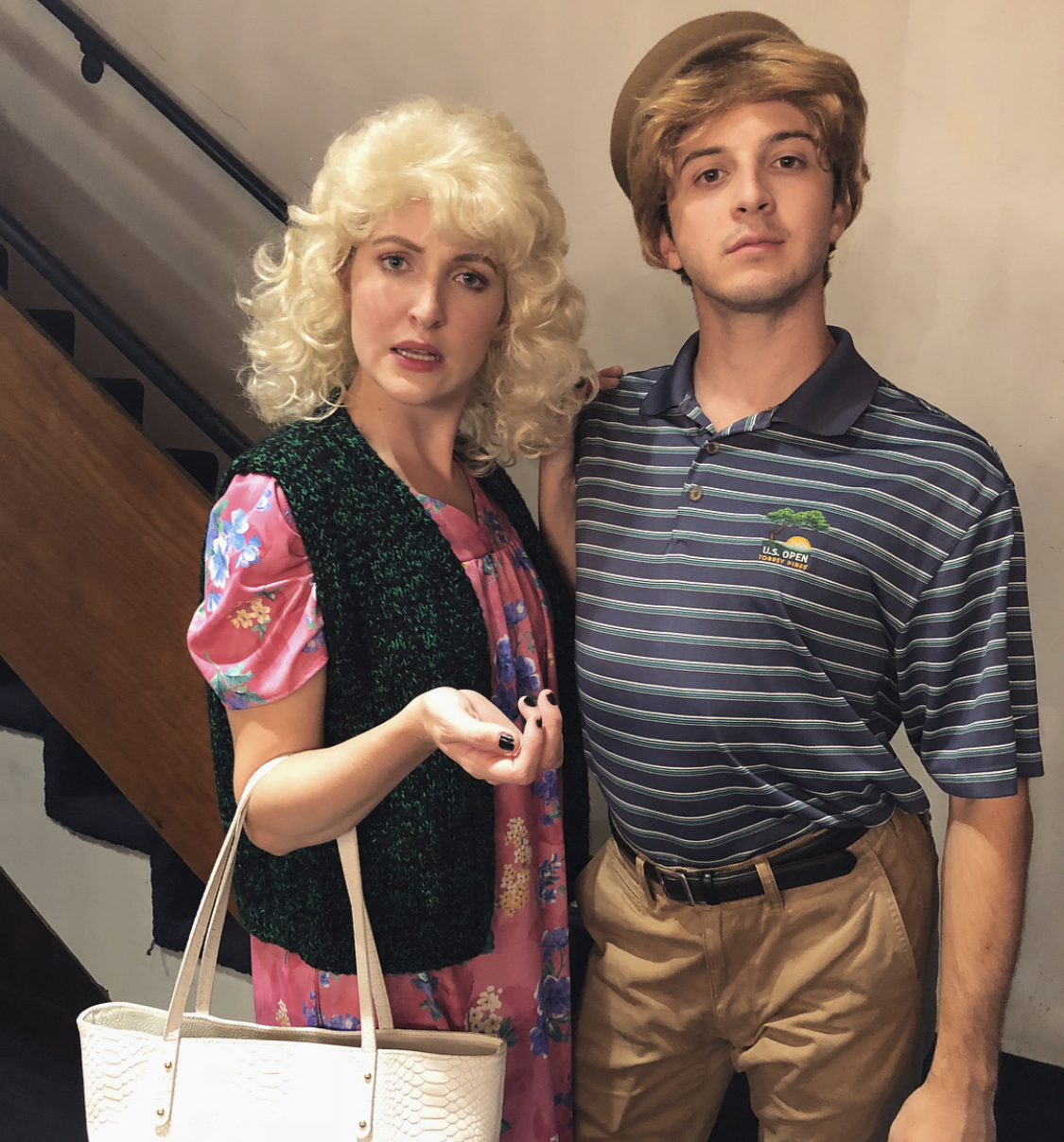 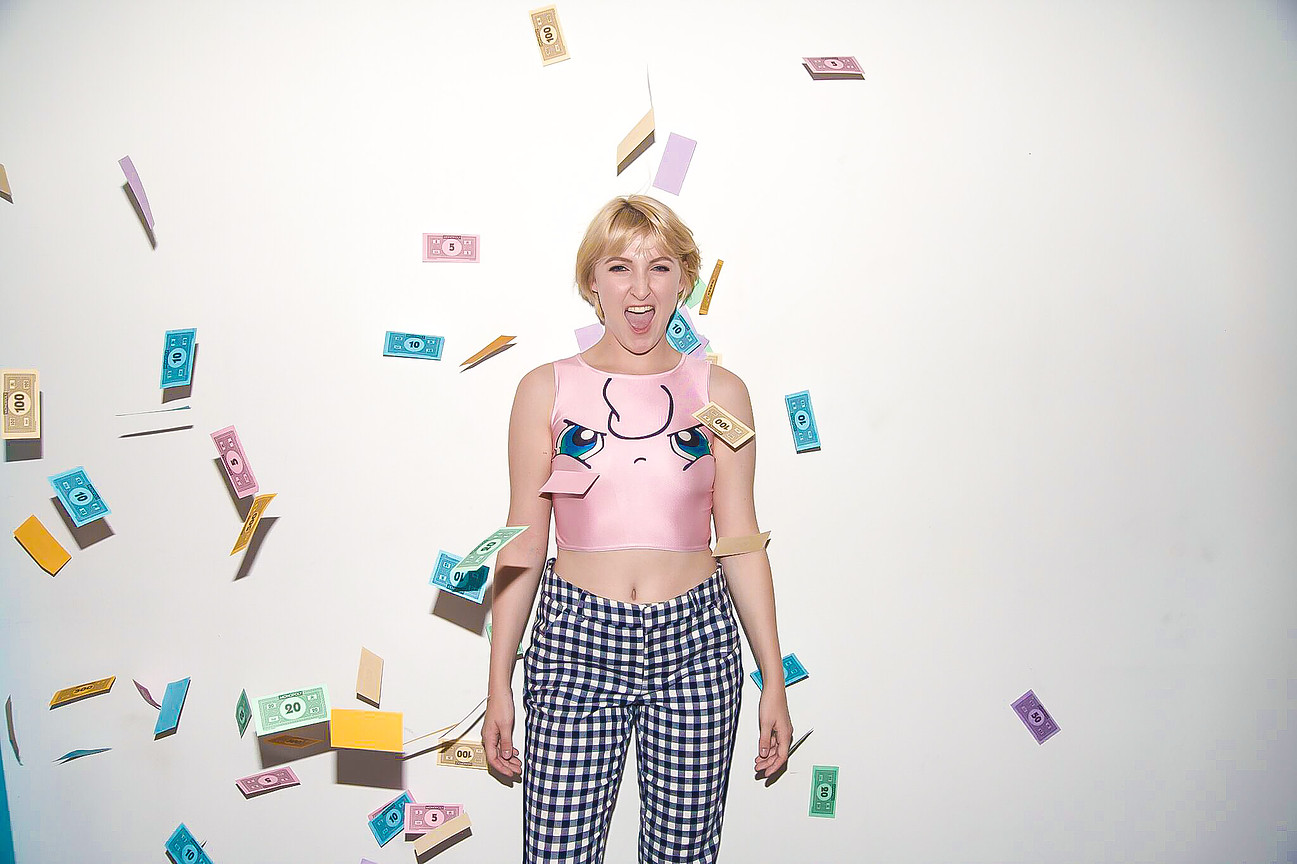