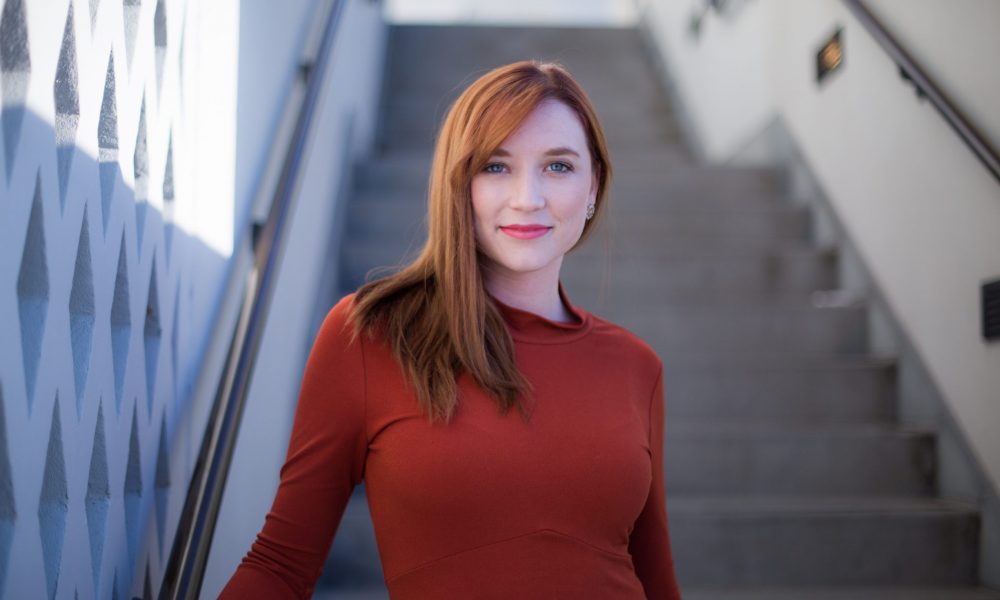 Today we’d like to introduce you to Danielle Roosa.

Danielle, please share your story with us. How did you get to where you are today?
Boy. Where to start.

I guess at the beginning?

I was raised military…my father was a Lt. Colonel in the Air Force flying F-16’s and his father was an astronaut – not to mention a mother who was a trailblazer for women in corporate America -so it’s safe to say that I was raised in a family with strict morals and high aspirations. I knew when I was 4 watching Barney I wanted to be an actress. Due to the fact my family was always moving, I ended up sticking with percussion because music is the same no matter where you go and much fewer politics than theater (if you were in theater… you understand!).

I went to college at the University of Massachusetts – Amherst majoring in Communication. During the summers of my college years, I interned for NASA, MTV and a PR company in London. *More on my internship at NASA later* When I was at the PR company in London I was working the red carpet event for the Hunger Games. I was right next to Jennifer Lawrence as she was walking down to the photo pit and I felt this overwhelming feeling. I guess you could call it jealousy. Not because she was famous, but because she was actually doing what I’ve always wanted to do — ACT. Maybe a similar analogy would be wanting to be a pilot but only doing maintenance on the aircraft and a pilot jumps in and jets away. I was so close to the industry yet so far away. And that was it, my decision was made, I would move to LA after I graduated to pursue acting.

So, I am in LA, living in a living room, working at restaurants (of course) writing and producing comedy…always my passion…and going from audition to audition.

One day, I’m in an airport and turn to the guy next to me, strike up a conversation, and my life changed…forever. This man named Jim who happened to be the past CEO of Blockbuster/7-11..and numerous other fortune 500 companies. Well, you best BELIEVE, I straightened my very wrinkled UMASS shirt out and corrected my posture. So, moths pasted, still producing my comedy, and I met up with this man…

Now, I guess it’s time to tell you about NASA. I LOVED it. My god, I was working while the Mars Curiosity Rover — if you don’t know it look it up — successful landed on Mars. My first day, I did not have a computer and my boss (now mentor) told me it would be okay if I went home. Well, damn! I’m at NASA! I AINT GOIN HOME! So, I knocked on every door *or cubicle* introduced myself, and told them I was there to help. I ended up having the craziest internship doing everything! Every day was different and I loved it. But more than fun, I felt a connection to my grandfather who died when I was 2… I loved it there, and I’ve always felt an obligation to keep the NASA mission close to my heart and will always talk anyone’s ear off about what NASA is doing.

Okay, now we’re back at the meeting with Jim (Blockbuster guy). I pitched him an idea that would end up being, Back to Space…which is connecting living Apollo astronauts to the future of space exploration. He loved it and as of right now, we are having a space race of our own and talking to some HUGE producers in Hollywood to produce this! We have Charlie Duke (Apollo 16), Walt Cunningham (Apollo 7), Al Worden (Apollo 15), and Buzz Aldrin (Apollo 11).

It’s pretty cool to have an idea, and this idea snowballs and turns into your income, your insurance, your life. I have an amazing team at Back to Space and they are mentors and support for this dream I had and they, every day, make sure it’s being pushed forward.

I am so excited to see what the future holds for Back to Space!

Overall, has it been relatively smooth? If not, what were some of the struggles along the way?
This has been the most turbulent thing I’ve ever done. I have to hand it to my roommates, one day I’m jumping up and down in excitement….the next, I’m crying. It’s been the most bi-polar journey.

It’s pretty exciting because my journey has turned into inspiring Science, Engineering, Math, and Science (STEM) to young girls. While on the road trying to get funding, I notice that my audience is predominantly male. And that needs to change. I feel like I am helping that change. The problem is representation. There are more women paving paths for young girls to look up to. Every day, we get closer and closer to reality.

I think Back to Space has helped me realize the power of my own voice. At the start of this journey, I would get nervous about a simple conference call with my entirely male team. But, when I talked they listened, they showed me respect, and they NEVER brushed aside what I was saying. That’s how it should be! When I’m in a conversation with people unrelated to Back to Space — I am confident! If I can speak to people around the nation and inspire them to support Back to Space…I can do anything.

Alright – so let’s talk business. Tell us about Back to Space – what should we know?
Back to Space is my work now. I’m constantly trying to get the right celebrities attached, the right production company, and the right people in the industry. It’s helped me a lot because being an actor/writer I wasn’t really aware of all the work behind the scenes to make anything go into production. It’s also helped broaden my network

I’m so proud that what started out as a simple pitch at a coffee shop turned into my full-time job.

I’m known for being the “funny space girl” (so I’ve been told) my background in comedy has helped me so much when I’m in these pitch meetings. I don’t think there is anything that unites people more than comedy.

I also am in an acting class and producing/starring in a feature film with an amazing director, Ryan Turner.

I guess I don’t know what I’m classified as anymore. It shifts all the time. But hey, better to have lots of eggs in lots of different baskets hoping something takes off! Right?…

Which women have inspired you in your life?
My mother. She doesn’t put up with any B.S.!

Quick story…while I was in 4th grade my band teacher told me “girls don’t play drums. They can only play mallet percussion,” Well. Let. Me. Tell. You. My mom was beyond angry. She signed me up for percussion lesson and about a month later all the guys were auditioning to be the drummer for a song we were playing at the time. The teacher asked if anyone else wanted to audition, I rose my hand. Everyone was surprised…I walked up to the drum set and I played the hell out of them and got the part. I wish I could have taken a photo of my teachers face.

It’s simple. Life is limitless. Put your mind to something and do it. Don’t let anyone tell you-you CAN’T do something.

She’s a total boss and I was lucky to grow up around that so it became a part of me.