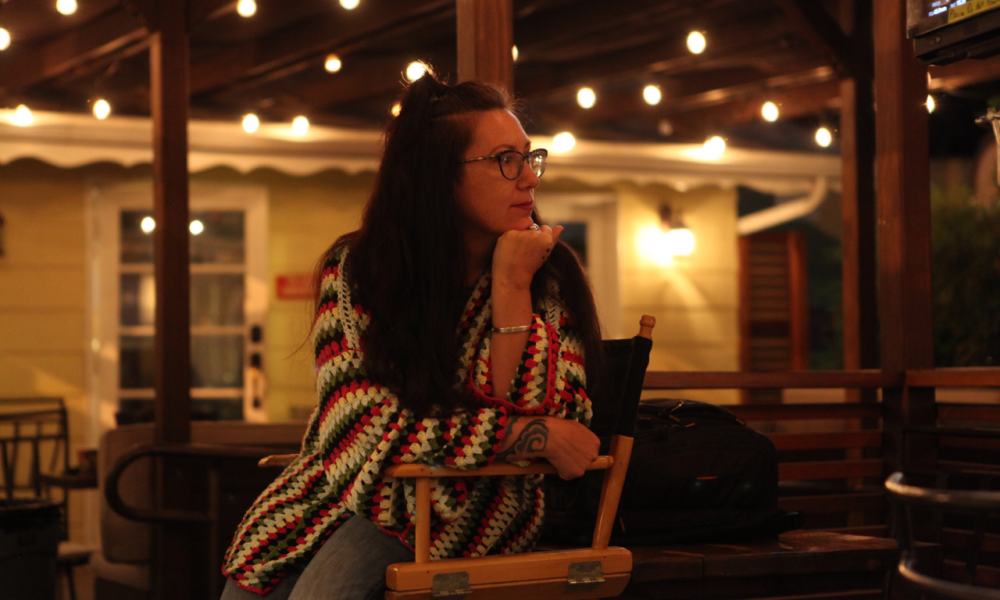 Today we’d like to introduce you to Dandi Dewey.

Thanks for sharing your story with us Dandi. So, let’s start at the beginning and we can move on from there.
I arrived here seven years ago at the age of 44 with a dream of becoming a writer and no idea of how I would accomplish it. I had just been dumped by my husband three months earlier, something I had never seen coming and was running on pure will. I believed that if I took action I would be awarded action. I had many life long friends here, so for me, it was a rational choice contrary to what most people thought. I began working as a Wardrobe Assistant for a woman I’d known from back east. So, I owe a lot to her giving me a starting place. Almost right away, I was asked to design a feature film. Even though my dream was to be a screenwriter, I thought I shouldn’t turn any opportunity down. Even though I didn’t actually know how to do a film, I knew I was experienced in enough areas of work that I should be able to figure it out. So, I suppose I went with the “fake it till you make it” route.

The first feature film I designed was with several well-known actors and musicians with a budget of $500 bucks. It went on to win several festival awards around the country. When I wasn’t working as a costume designer or a wardrobe assistant, I was either writing or doing odd jobs. I would clean AirB&B’s, make juice at my friend’s cold press juice company or run errands for producers. Eventually, my phone started ringing more and more for costume designing jobs. I had the pleasure of designing many amazing independent feature films, one of which won Sundance “Next” category in 2016 which starred Brianna Hildebrand (Dead Pool), Dylan Gelula (Unbreakable Kimmy Schmidt) and Pamela Adlon (Better Things) and many others. I’ve been very fortunate for the opportunities awarded to me.

For the past year, I have been working for a wonderful company based out of Hollywood that makes made for television movies which have aired on the Lifetime Network. Shooting about a movie a month with them has really taught me a lot about honing my craft but has given me the ability to actually network with other creatives which are proving to help with my writing goal. During this entire time, I’ve been writing about my dating experiences and have self-published a couple of books which are now in the process of being sold as a television series.

Overall, has it been relatively smooth? If not, what were some of the struggles along the way?
It has not been easy but I don’t think anything worth having really is. I’ve made some very questionable choices but at least I own them and have a good enough sense of humor to make fun of myself and learn from them. Mindfulness really helps. It is always easier if you know what you want. So, focus on that. You can’t get anywhere if you don’t know where you want to be. If you want it, no one can keep you from it except yourself. DO NOT listen to the voices of a doubt from yourself or from anyone else. If they don’t support you in your dream, then maybe they are not truly your ally. Also, I’ve found that patience will get you nowhere. Be bold. Be heard. Be authentic.

Please tell us more about your work, what you are currently focused on and most proud of.
Costume designing is still what I consider to be my day job. It is an AMAZING day job that I am incredibly grateful for. It has taken me places all over LA and the surrounding area that I would never have known about and has introduced me to cast and crew that will be life long friends with. My writing is what I am most proud of, however. I had to most amazing opportunity to write a feature film for a production company based in New York and it was directed by a close friend. The movie was produced and aired on television a year or so ago, so for me that was a dream come true. Now, because of that experience, I’ve partnered up with some amazing producers who are in total support of the show I have written and I’m very excited to be going out with it soon.

So much of the media coverage is focused on the challenges facing women today, but what about the opportunities? Do you feel there are any opportunities that women are particularly well positioned for?
I think it’s a great time to be a woman. I have always worked in male-dominated industries. I was an Executive Chef for many years and a Marketing Executive for a fortune 500 company back in my pre-Hollywood days. I never once thought about how I was the only woman in the room at a meeting or the only woman in a position of authority. I feel like if you go into a situation feeling like you are at a disadvantage, then you will yourself at a disadvantage.

The opportunities I see are vast. Challenges are only misunderstood opportunities, after all. I hope that woman is feeling more confident in asking for the money that they deserve, the promotions they have earned and the jobs that they are qualified for. You only have to be brave for 30 seconds when you ask a difficult question, so ask for what you want. 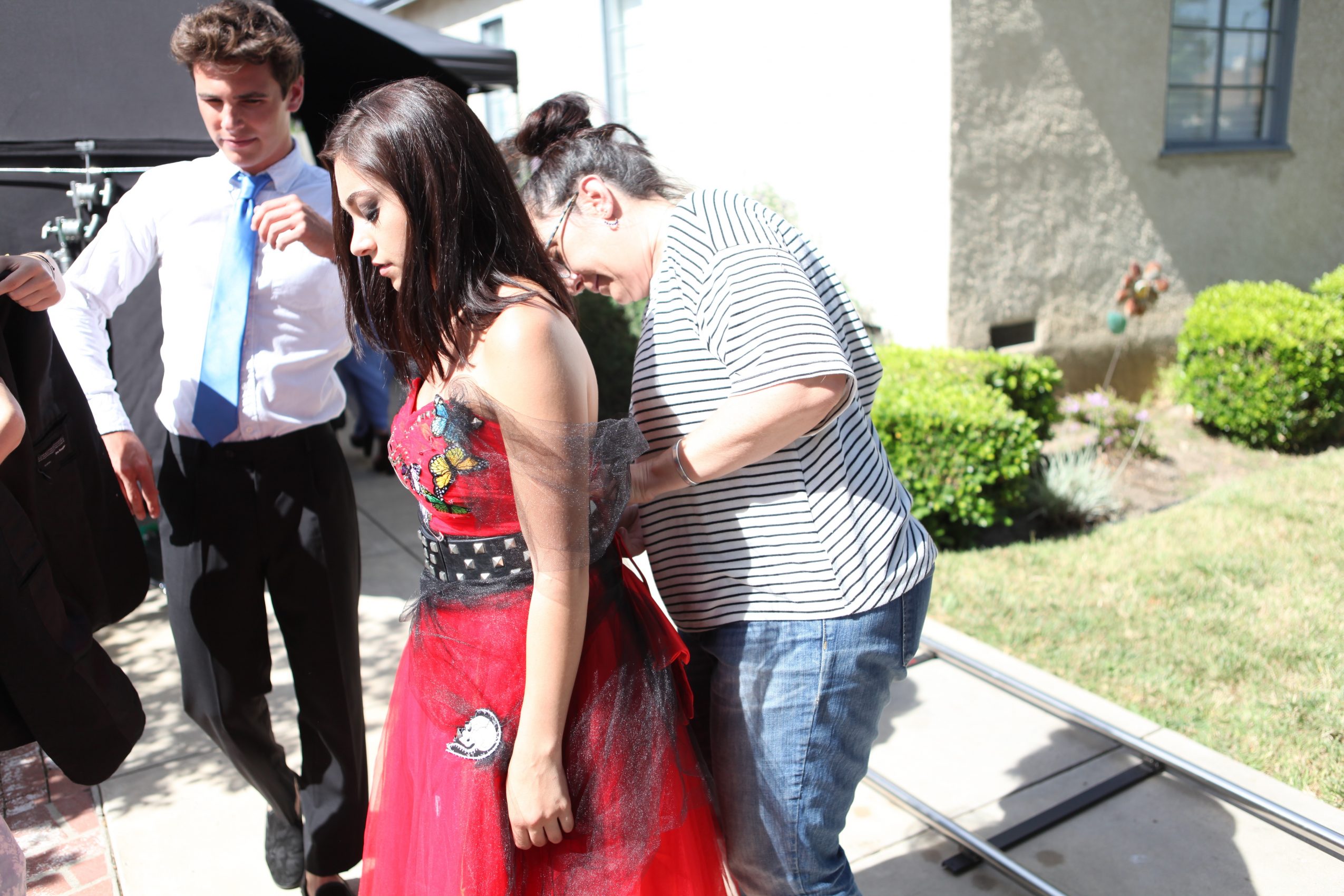 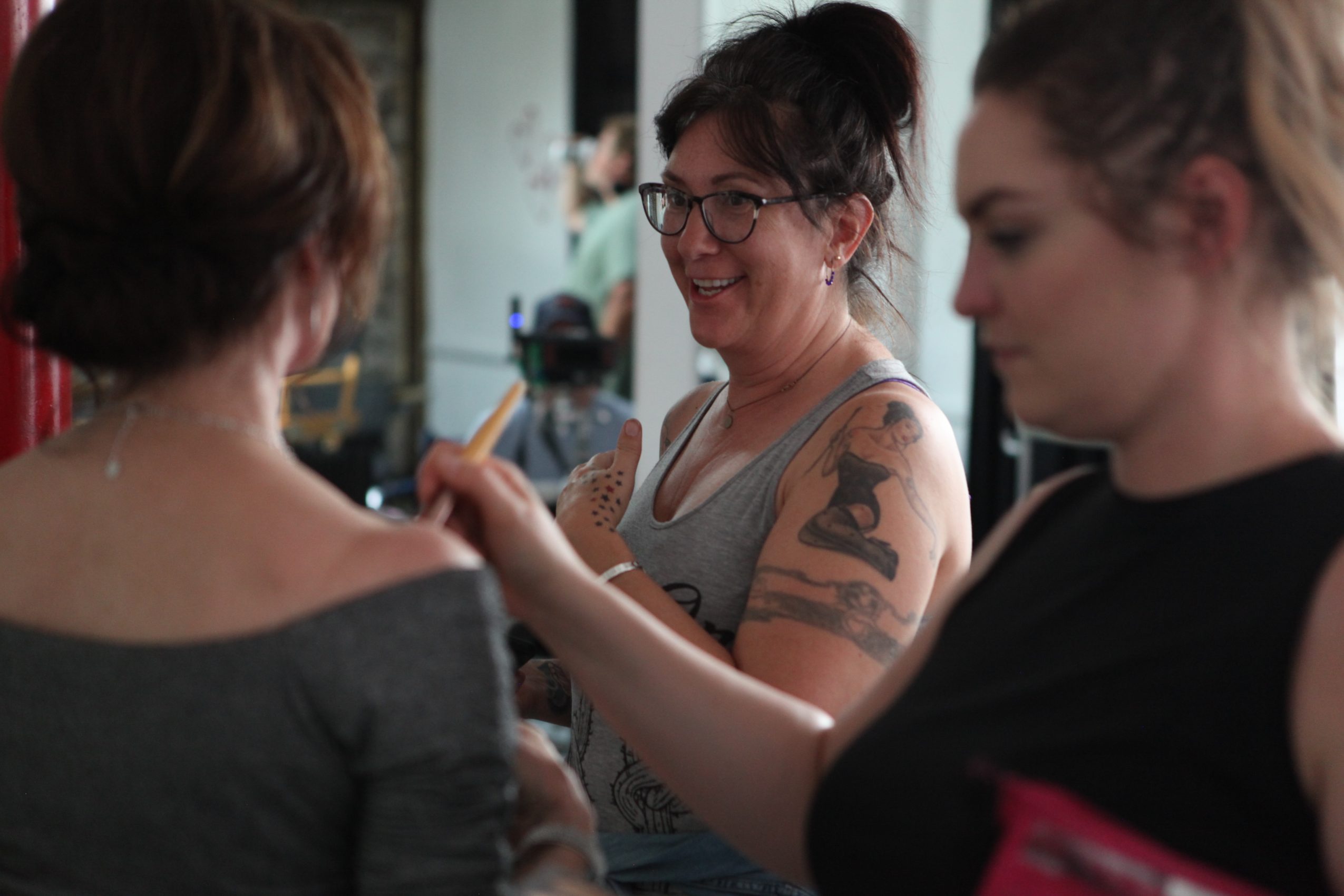 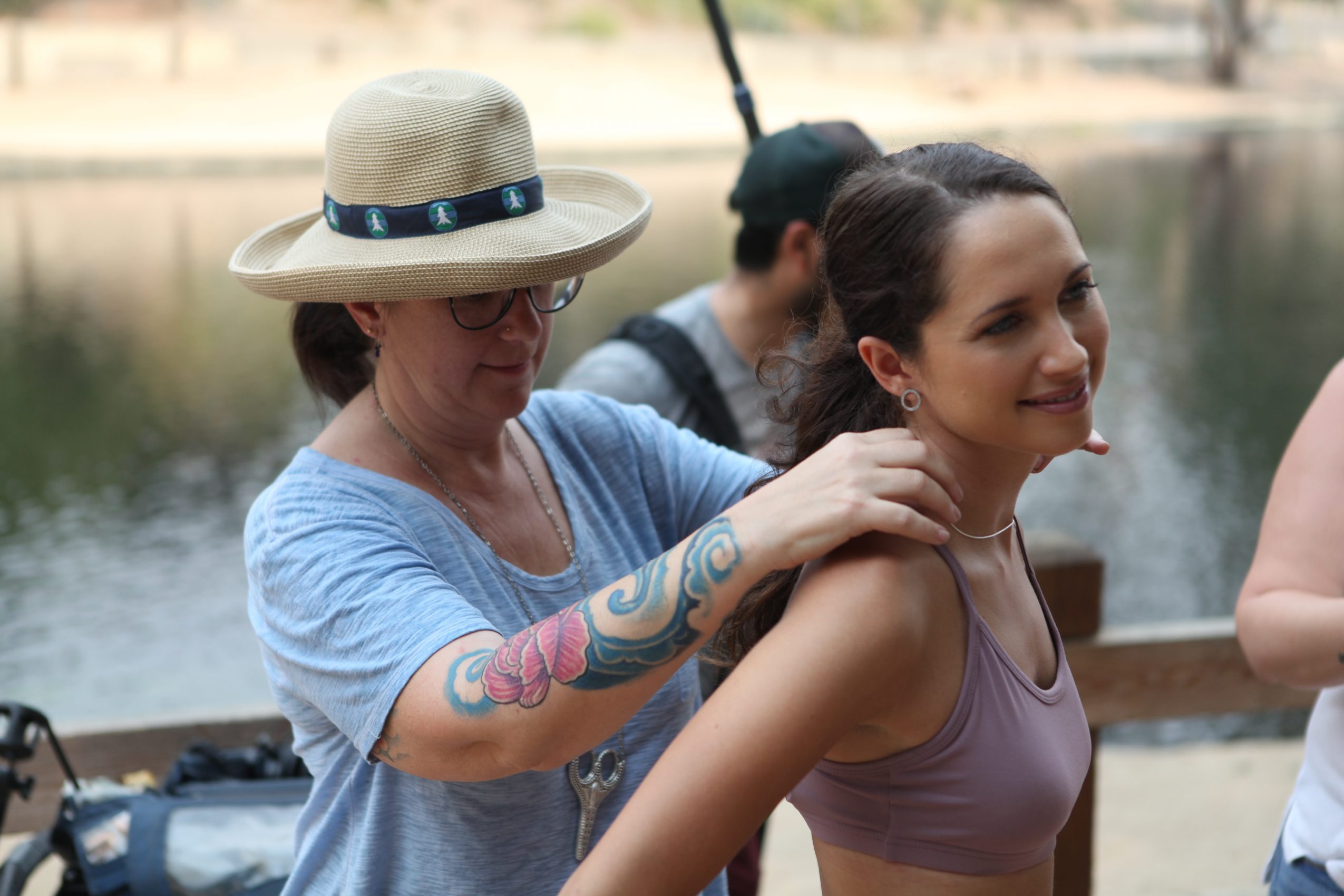 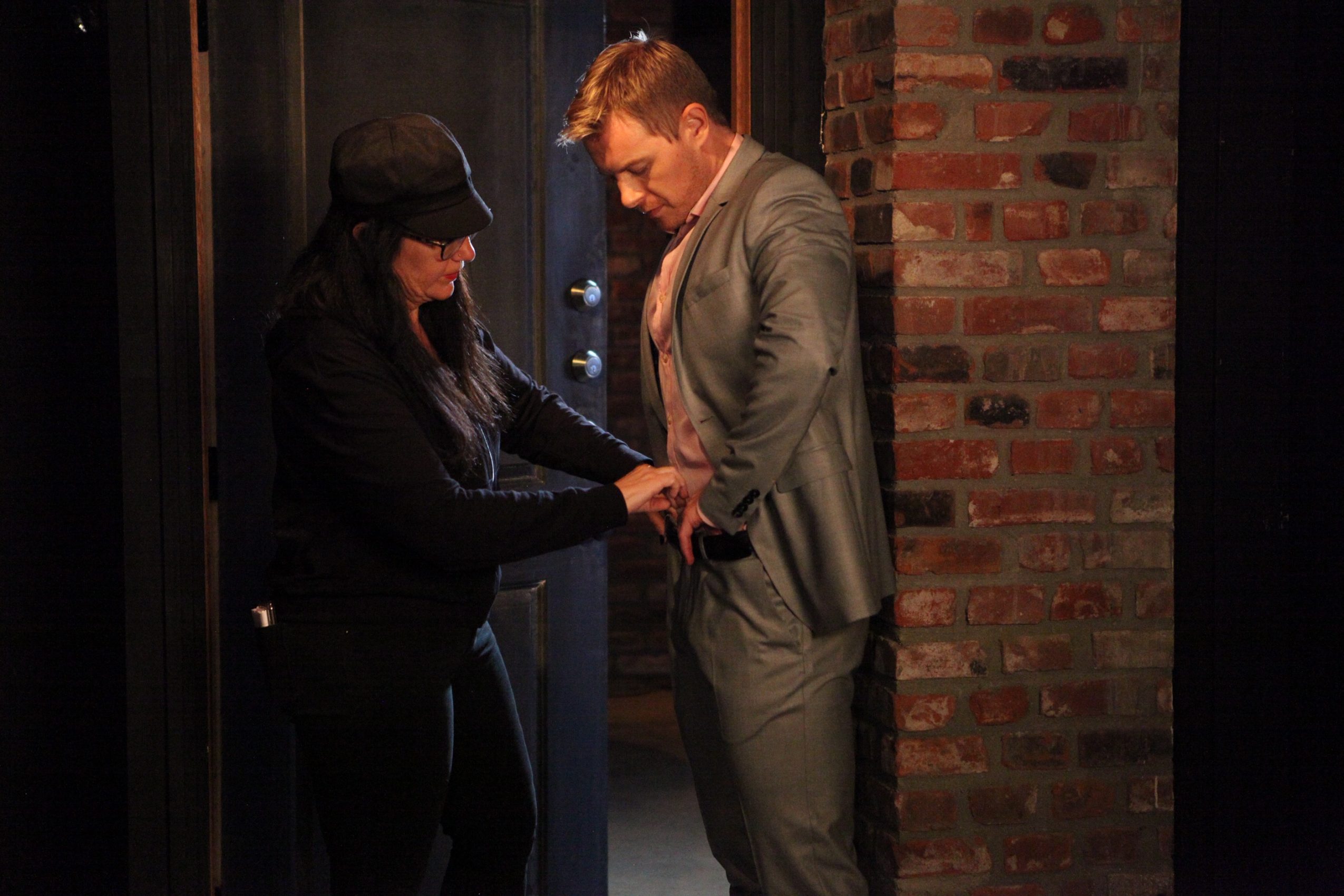