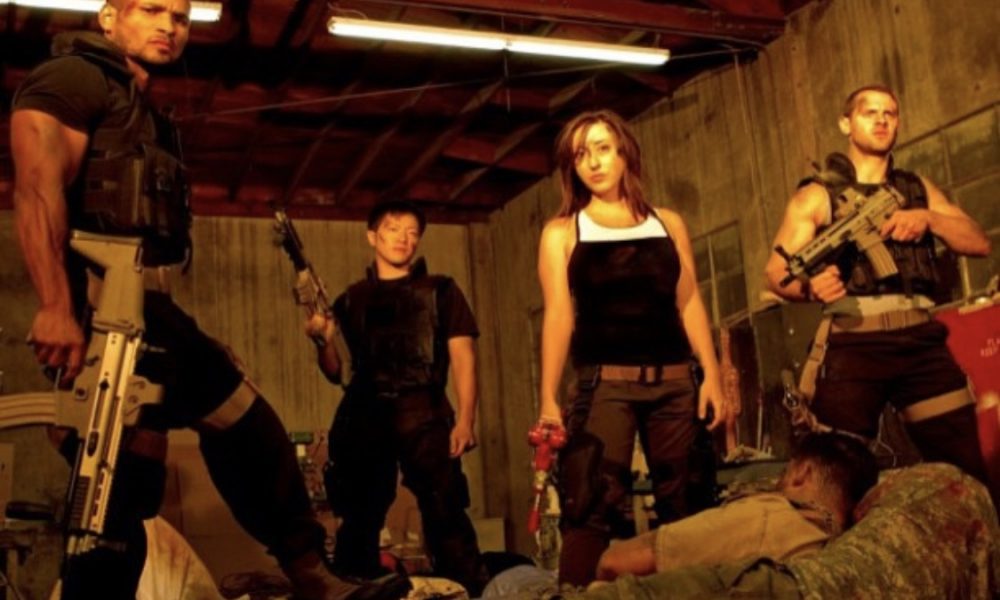 Today we’d like to introduce you to Bethany Bodin.

So, before we jump into specific questions about what you do, why don’t you give us some details about you and your story.
How I got started… well, I was born in Louisiana, where I took ballet and tap classes and lived for my dance recitals where we got to perform on the main stage at the local high school. Stepping on that stage was always so magical for me, from the way the red curtains smelled, to the way the stage lights made me feel as soon as I stepped beneath them. Then, I was in my first play when I was in kindergarten. I played a sheep and only had 2 lines, but those two lines were enough to ignite a passion that I didn’t realize at five years old would last my entire life. Honestly, I just thought I would marry Jordan Knight from New Kids on the Block and hang tough forever. (That dates me so hard…). From there, I continued theatre in high school in Houston, and eventually college.

College is a funny story because I initially decided to major in Journalism. Writing has always been a back burner passion, which my parents always pushed me towards. When I was 12 years old I won a poetry contest at school, and at 23 I became published. The poem was called ‘Almost’, and as soon as the book arrived my parents saw no other path for me. So, when I settled into classes in Los Angeles, I got an internship with a magazine based out of New York where I was the Los Angeles correspondent. I wrote articles and interviewed celebrities about their pets both for the magazine and on the Red Carpet. I love animals almost more than I love people, but that internship taught me a lot about myself and where my heart really felt at home. So, when I had taken every journalism class offered but needed to take an elective, I found myself back in theatre. Drama class. Home. My theatre teacher wrote a wonderful adaptation of the marriage of ‘Alice in Wonderland’ and ‘Alice Through the Looking Glass’, and that came at a time in my life where I was starting to learn to trust my voice…not only as an actress but also as an individual. A few months later I performed in one of my favorite plays to date. If you don’t know the play ‘Low-Level Panic’ by Claire McIntyre then you’re absolutely missing out! That play allowed me to live in a character that I understood on a soul level. I got to perform it with my best friends at the time, and in those moments my 5-year-old self took over and I instinctively knew I would be doomed to repeat the same fate over and over… how am I so lucky?! My first experience in film came a year or two after, and I find it so fitting that it was an indie horror feature. I LIVE for every type of horror film, and I was also pretty proud that my character didn’t die until the last 10 minutes (High five). Since then I’ve been trying to do something creative every day. Always.

Great, so let’s dig a little deeper into the story – has it been an easy path overall and if not, what were the challenges you’ve had to overcome?
That’s always an interesting question. I tend to be optimistic, but Hollywood makes it difficult. It’s also difficult when you’re from the South, and your family either can’t or won’t understand the process and the little daily wins… the auditions, the callbacks, and no traffic on the 405. I absolutely had a weight struggle when I first moved to L.A. It took years for me to reign in my insecurities, which also took a toll on the relationship with my family. One of my first callbacks was for a commercial for Playboy TV, but ask me how much I ate. I was 23.

What I would say to any young woman is to stay so strong. Fall in love with yourself. Every single part of yourself. Unplug. Take a bubble bath. Read some Fitzgerald. You are, and will always be your own biggest love.

Alright – so let’s talk business. Tell us about Actress – what should we know?
I’ve always wanted to do some sort of volunteer work, and I have been fortunate enough to volunteer and work with the Young Storytellers. At its core, it is creative 5th graders in Los Angeles writing scripts, and I wish I had that sort of opportunity growing up. Mentors guiding and encouraging youth to explore and bring out their creativity. I’ve been able to create the most insane characters with these kids, and they direct you and break down your characters in such a matter of fact way. I have the deepest respect for these future filmmakers.

A few months ago, a director trusted my talent enough to cast me in a play that put me in an existential mindset. He allowed me to play with my character and cast, and I played a word that turned into a verb, and I connected with a girl that is now my best friend.

So much of the media coverage is focused on the challenges facing women today, but what about the opportunities? Do you feel there are any opportunities that women are particularly well-positioned for?
Oh, to be honest, I think politics and creatives.

I’ve been reading ‘Women Who Run With The Wolves’ by Clarissa Pinkole Estés, Ph.D., and as soon as we understand that we have to break the hurtful mindset that women are less than, then we are unstoppable. Break this pattern that their body… mind… physicality isn’t good enough. It’s a hurtful cycle. I have every part of my social media public because my “door” is always open. 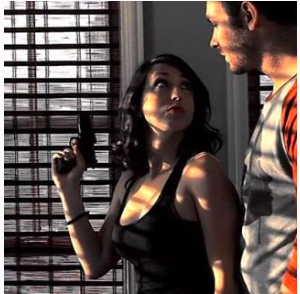 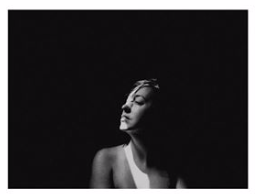 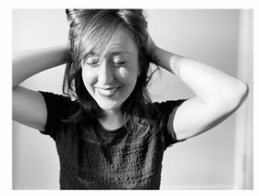 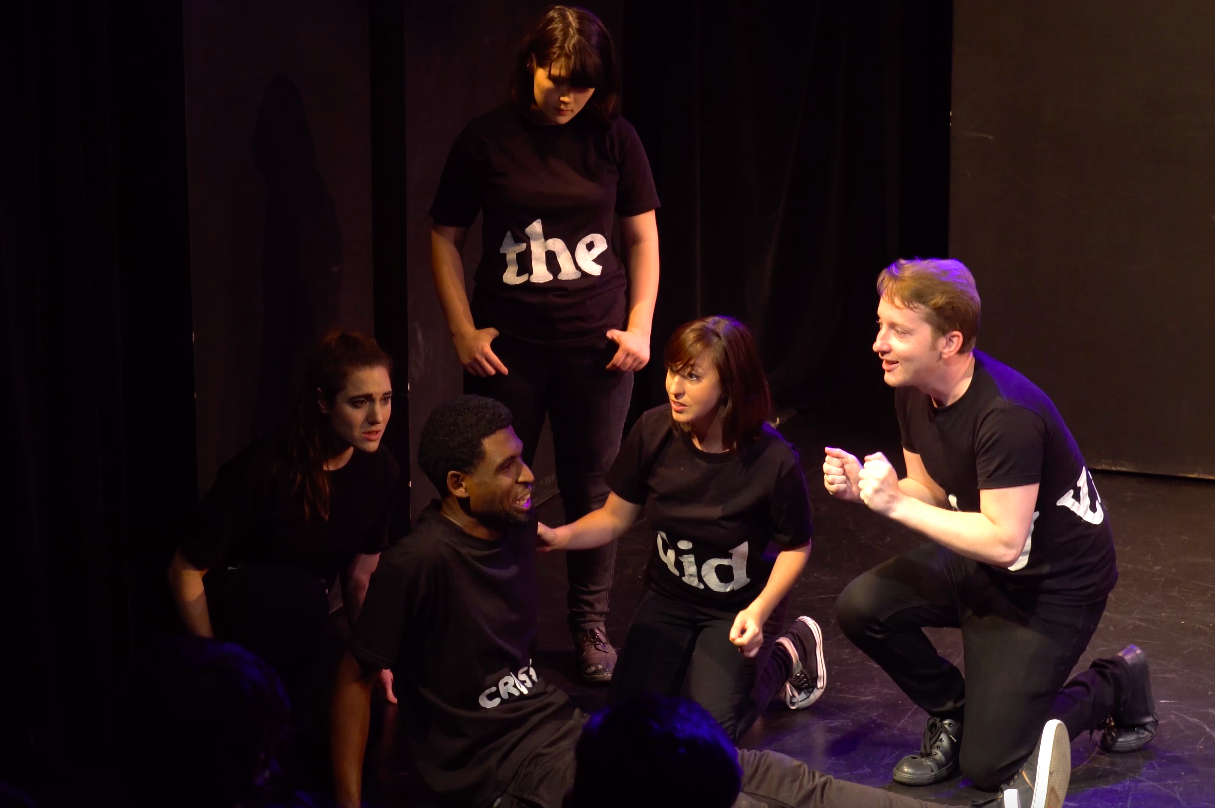 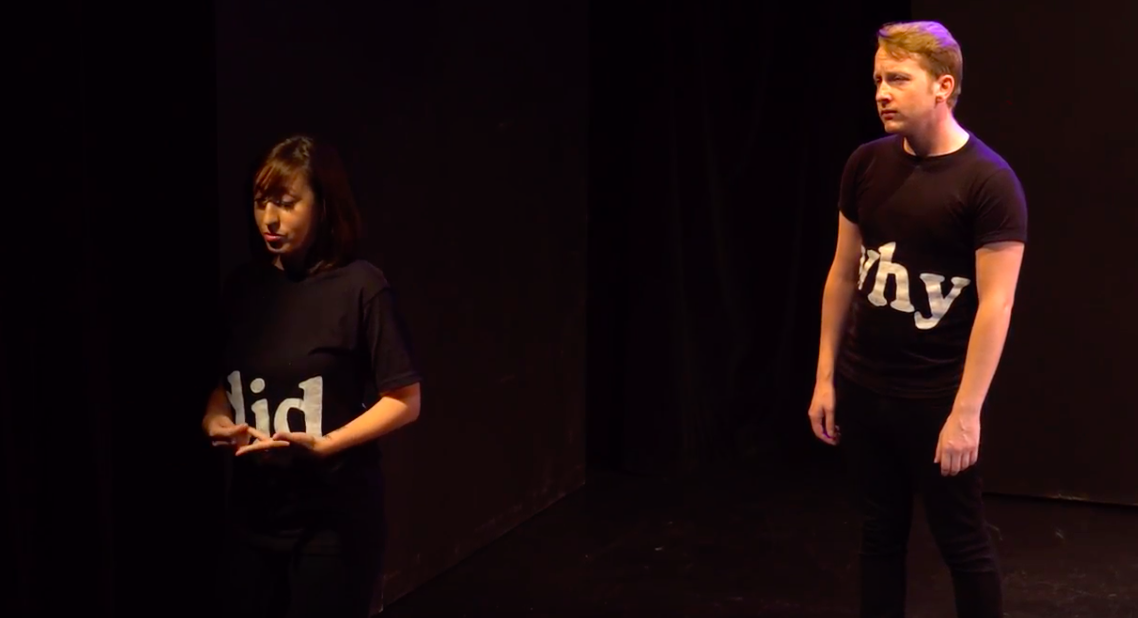