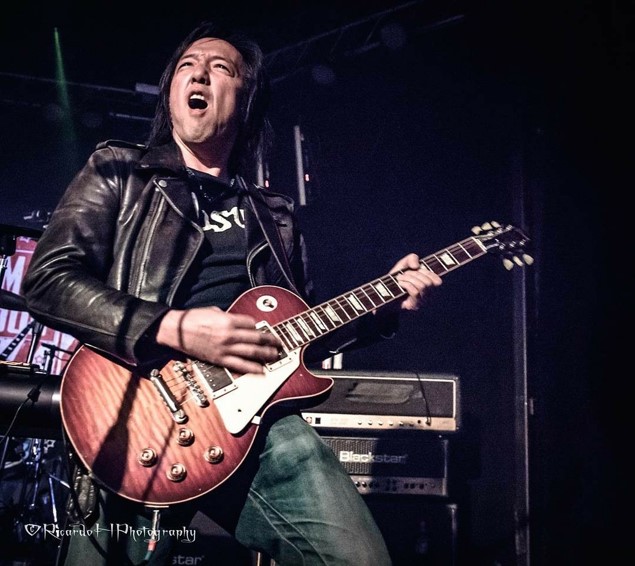 Today we’d like to introduce you to Toshi Yanagi.

Thanks for sharing your story with us Toshi. So, let’s start at the beginning and we can move on from there.
I’m a member of Cletons in the ABC Talk Show Jimmy Kimmel Live; I play guitar there! I do the freelance job too, recording sessions, touring, live gigs, composing. Also, I’m an artist; I released 4 albums on my own promoting myself. Playing gigs around town, my band is call Buzz Wizards! Guitar – myself, drums – Steve Ferrone, bass – Jorgen Carlsson, keys – Fred Kron, vol/guitar – Mini Carlsson. I came to US (San Francisco) when I was 19 years old from Japan, not knowing anybody and without speaking the language, just had crazy dreams, an ambition of becoming a professional musician one day in the US. So many great memories, experiences, and chances!

A memory of my San Francisco days. One night I went to a blues club in north beach call the saloon with my great friend Lory (Hot Blond!). I remember I was 19 under the legal age. Somehow she sneaked me in there, first time in a real club, coming from deferent country it felt like I was in a movie. After a few songs in when the band took a break. The guitar guy went to talk to Lory try to hit on her I think, of course, I didn’t understand their conversations. Next thing the guitar guy came stood to front me, throw his guitar at me point to the stage and said ‘get up there and play.’ (I thought that what he said?) Suddenly the situation became more movie! Somebody yelled “blues in C!”

Luckily I knew the words Blues and Key! Next 10 min, my mind was blur could not remember what was going on, but when the song finished, the crowd cheered! The guitar guy told me “Come back next week!” Lory was giggling! That was my first encounter of the third kind! By the way, the Guitar guy’s name was Johnny, and the Band name was Door Slammers! Johnny gave me the first chance in the US, so grateful! The late 80’s I went to music school in Hollywood call Musicians Institute. Slowly getting know music scene in LA, I started to play at the club call the baked potato in Studio City meeting more working musicians there, slowly getting more gigs. Early 90’s, I joined a band call Cecilia Noel and the Wild Clams. We played every Monday at the potato for the next 3 years! Just let you know, all of us Cletones met in this band!

One another memory, back in 80’s there was a live album recorded at the baked potato call baked potato super live by Greg Mathieson. Greg on key, Steve Lukather on guitar, Jeff Porcaro on drums, Pops Popwell in bass, after listening to the album I pretty much decided I wanted to move to the US, it had such an impact on me. Steve Lukather (Luke) He is one on My Mentor He is in Grammy-winning band Call TOTO. One night I was at the potato playing gig with the Clams, Luke Walked in sit right front of me, of course, my testicles shrivel up! Again, next hour and a half my mind was blur could not remember what I played! During that hour and a half, someone kept buying me drinks, turns out it was Luke! I don’t know how many Grand Marnier on the rocks we drunk! At the end of the show, we both were hammered! Luke told me (if you have any problem call me) gave me his number!

I have to say he is one of the greats and awesome human being that was another moment/chance I got to learn from! And my testicles got a little bigger! The mid-90’s, I joined a band for supporting a New Artist call Savory, we toured US, Canada, and Europe opened for Sheryl Crow, Nevil Brothers, and Brian Adams. I also toured with Man at work, Colin Hay, Talor Dayin. I joined my first TV Talk show call Vibe around 1997, next was Martin Short Show 1999, and Wayne Brady show 2001, 2003 When I and Jeff (key) was doing Wayne’s show, our Band mate Cleto (Kimmel’s MD) called us that he is up for Musical Director position for the Jimmy Kimmel Live. He needed us to help him, so we switched to Kimmel! You know one for our brother! But it was scary; we don’t know which would stay longer, I guess we made the right choice! We are still here 16 years later!!

I’m so thankful to have my family, friends, and people that gave me chances helped me out throughout the years without them I couldn’t have achieved any of it! And let’s see what’s my next quest is waiting for! I play at the baked potato few times a month. Every other month with my band Buzz wizards. Every first Monday of the month with band call Kime, Myself on Guitar, Jamie Kime on Guitar, Chris Roy on Bass, Matt Rohde on Key, usually Danny Carry (From Tool) on Drum. And every other month with Chef Dave All-star, Chef Dave on harp, Myself on Guitar, Rickie Z on Guitar, Joe Travers on Drum Jimmy Earl on Bass, Ben Thomas and Heather Thomas on Vocal. So if you guys have time, come over and hang with us!

We’re always bombarded by how great it is to pursue your passion, etc – but we’ve spoken with enough people to know that it’s not always easy. Overall, would you say things have been easy for you?
For me, it is a rollercoaster ride, you take a risk some to get to next place, and think I’m in a safe place, a situation push me right back into a cliff. There are a thousand others are here better than you, so I try to be on my toes.

Language is one of the struggles for me, aseptically sense of humor, Even though understanding English (which Jimmy Kimmel think I don’t speak at all) it’s tough to understand some of the jokes, I laugh anyway though… haha!

Self-promoting, it is very hard! I wish there was a manager/booking agent for myself and the Cletones!

Tell us more about your work; what else should our readers know about you and your work?
Besides, when I play guitar on a TV show, I do recordings for different jobs, album projects, CM, future films, movie trailer, TV jingles, composing cues for TV and games and tour. Also, I work with musician/producers/artists/production companies, etc. in Japan. They hire me for touring, writing songs, producing recommending US musicians to Japanese projects.

Being a musician, and speak the language and I have clarity of understanding their needs. Also, I worked with American production companies to solve the matter in Japan as well. Recently, I worked with music supervisor of up and coming film “Earthquake Bird”(2019) Linda Cohen. My company helped connect her with a Japanese production team.

Any shoutouts? Who else deserves credit in this story – who has played a meaningful role?
My parents were Classical Music Teachers, they taught me piano and classical opera style of singing, whether if I had an interest or not I didn’t have much choice at that point! Oh, I used to hate it! So I told mom (I want to play violin) so I thought I could get away from piano and singing, but I end up doing 3 things! Stupid me! I joined Tokyo Jr Philharmonic Orchestra when I was in 5th grade, up till high school! Thanks to my Mom!

I discovered rock music around the same time, always had my walkman (remember?) listening to rock music, I went everywhere, even the time I was in the Orchestra. Music was and is with me all the time help me going through the changes! Big thanks to my parents! 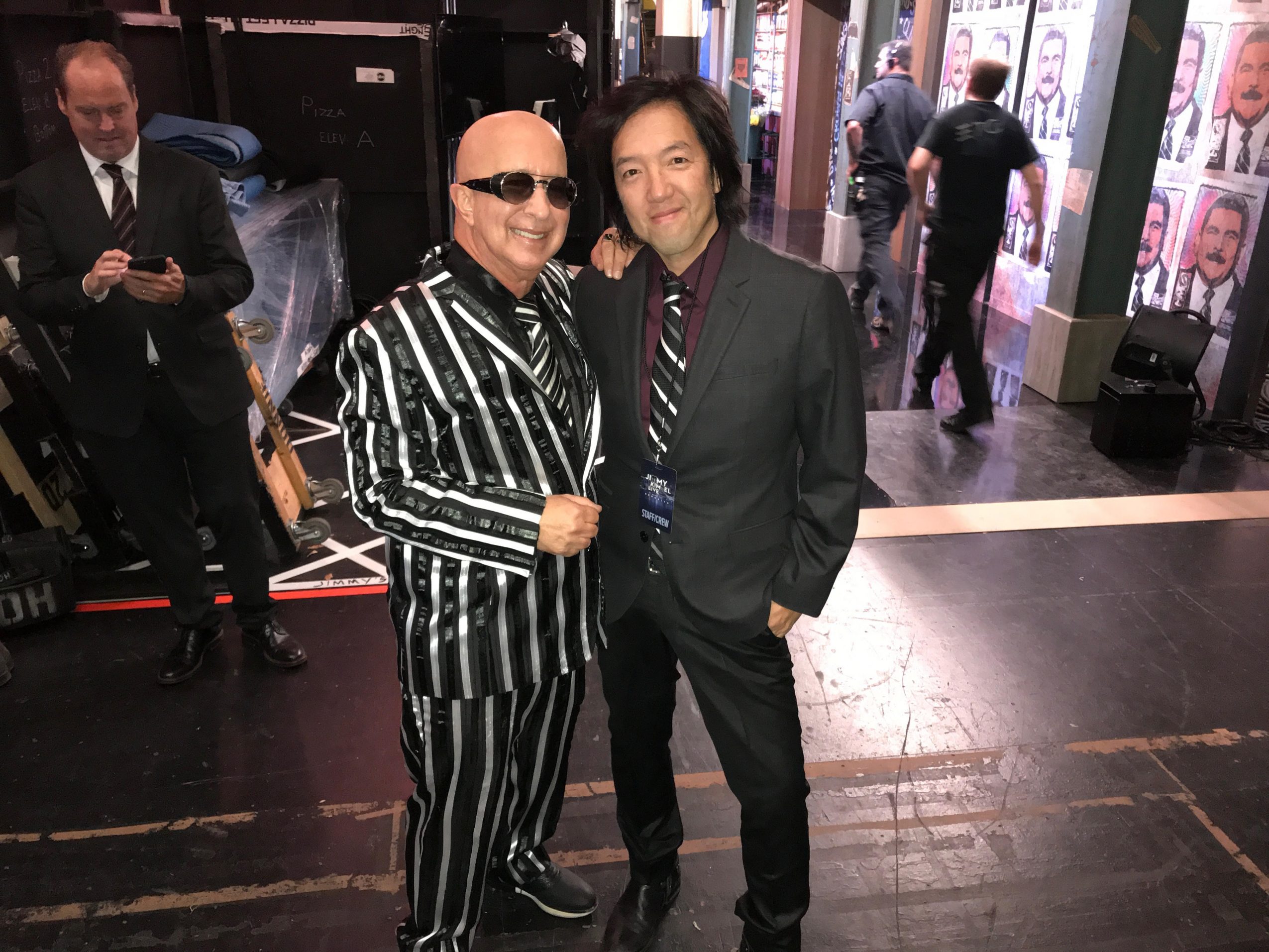 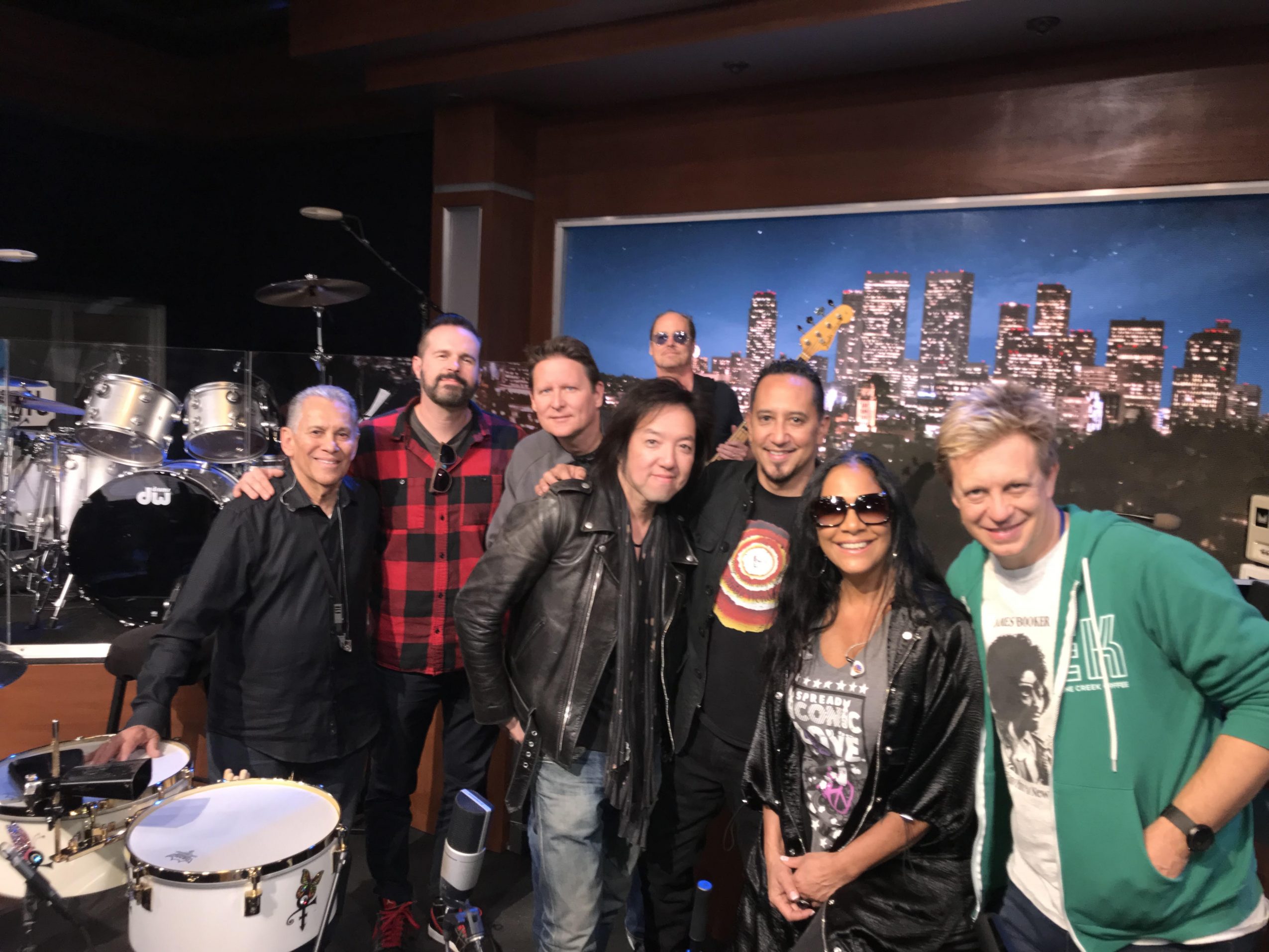 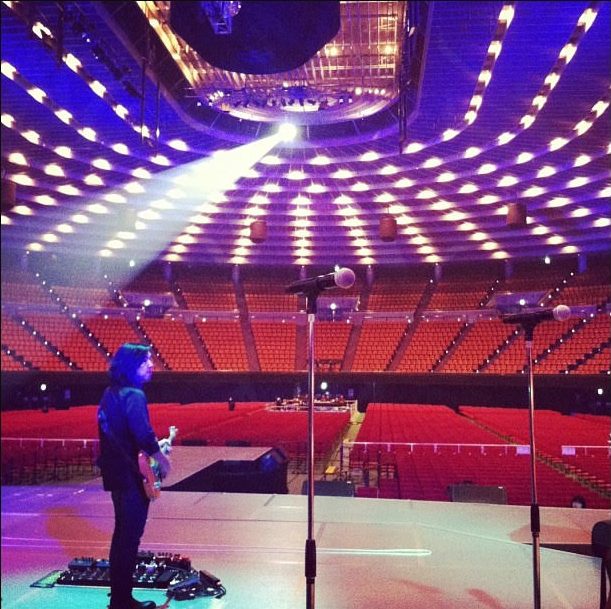 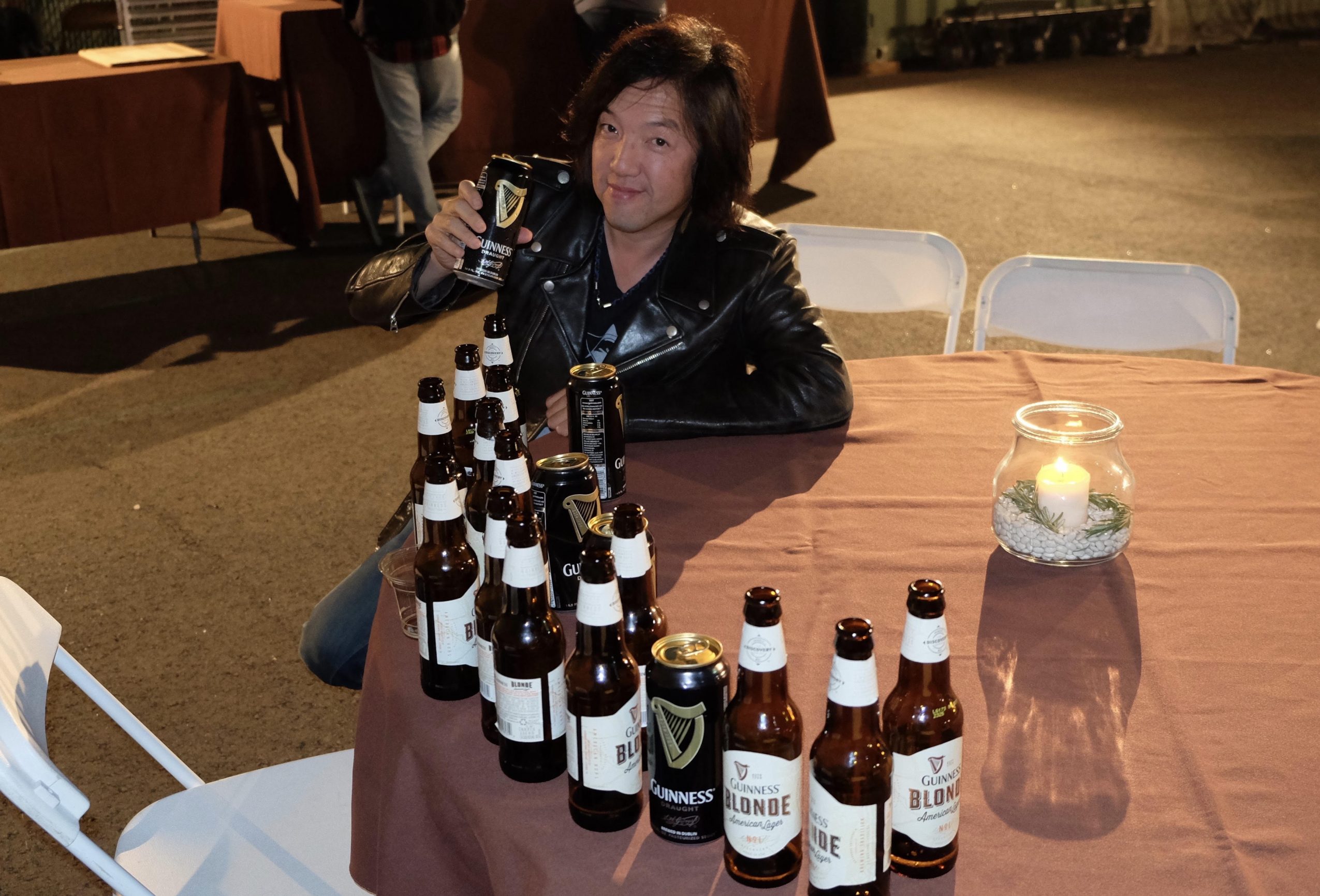 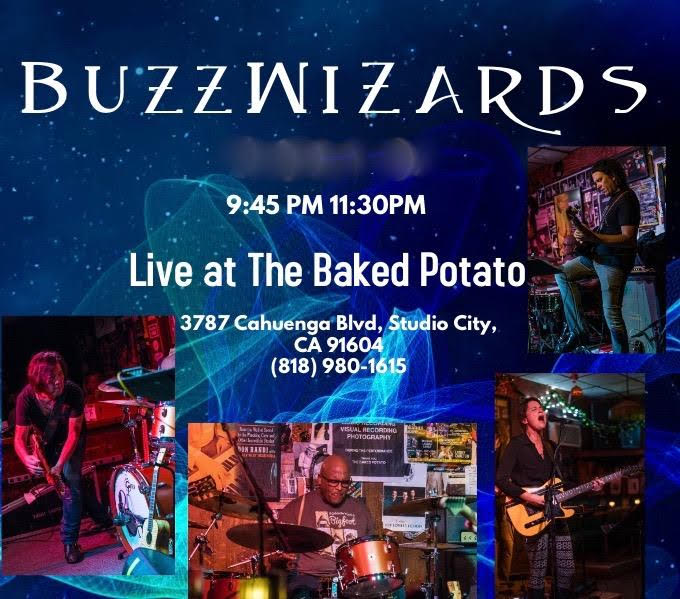 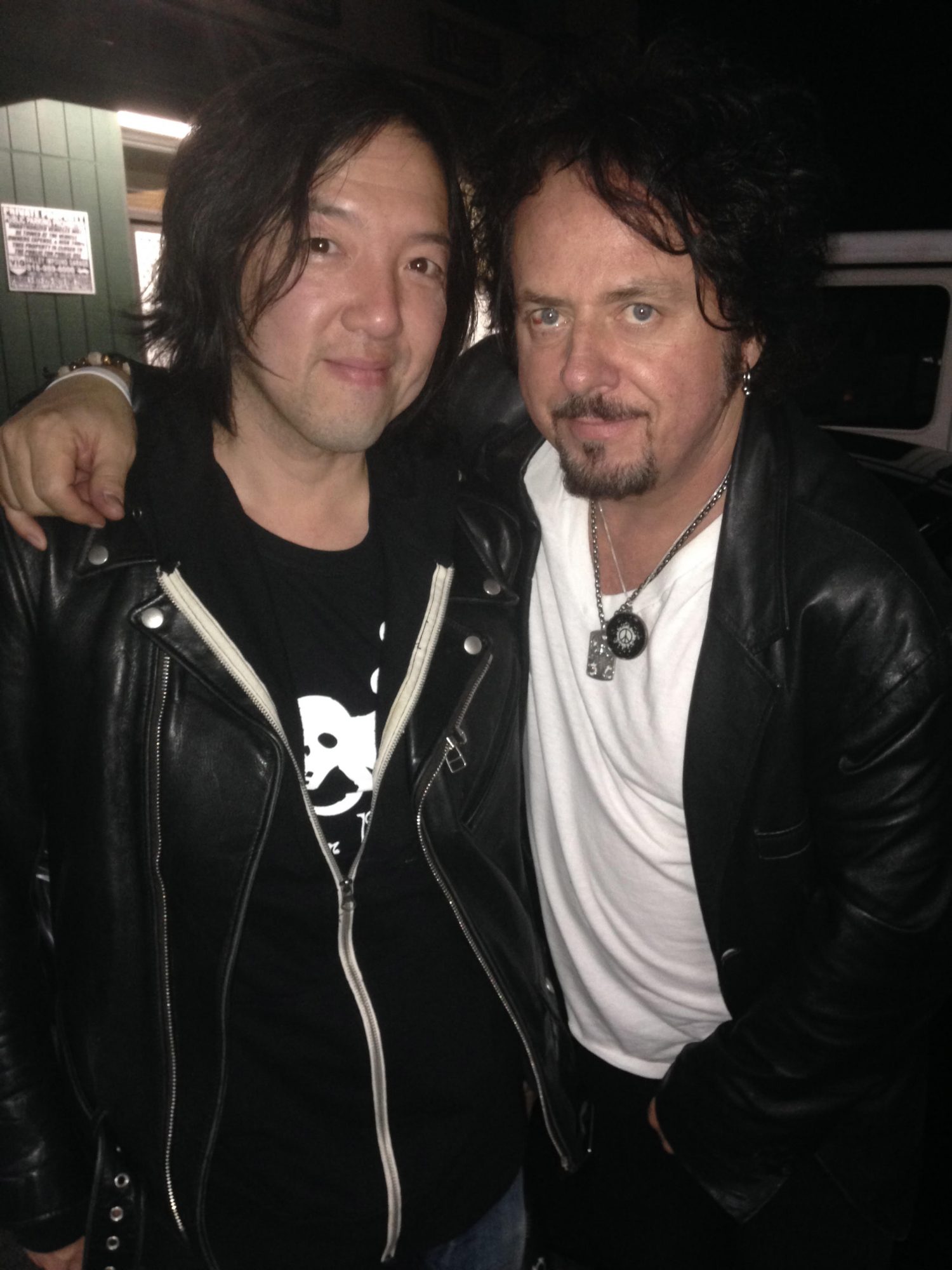 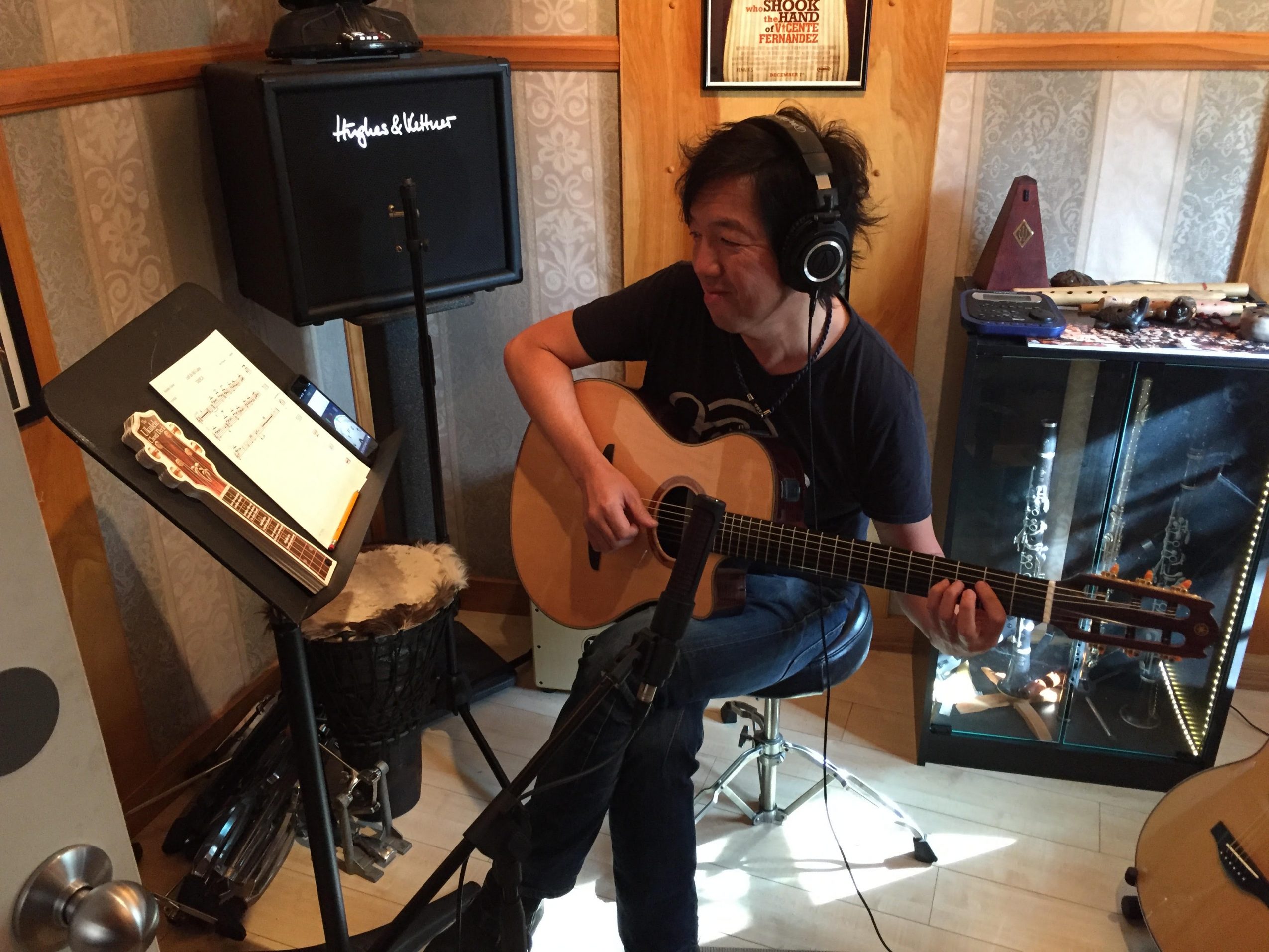 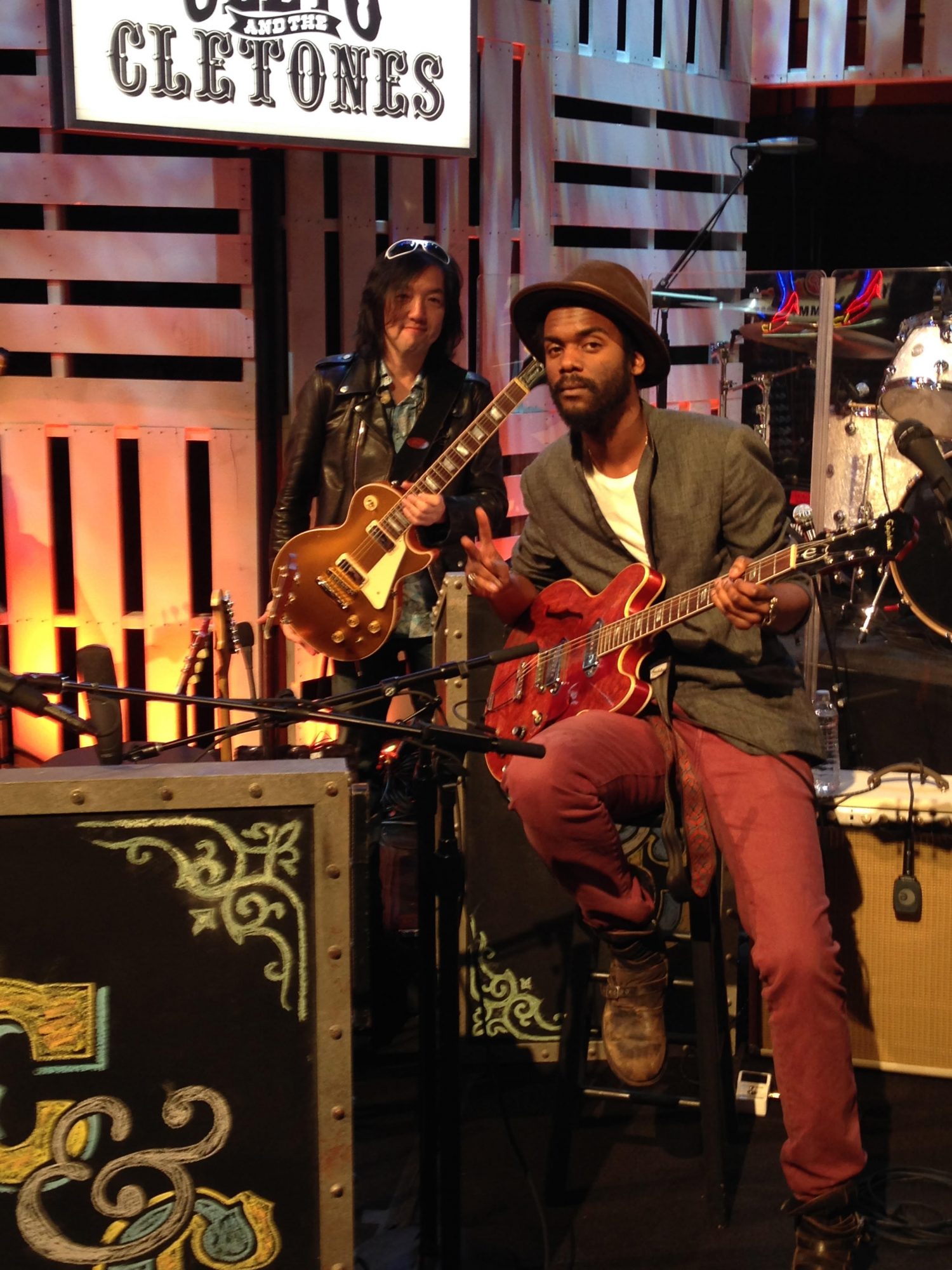 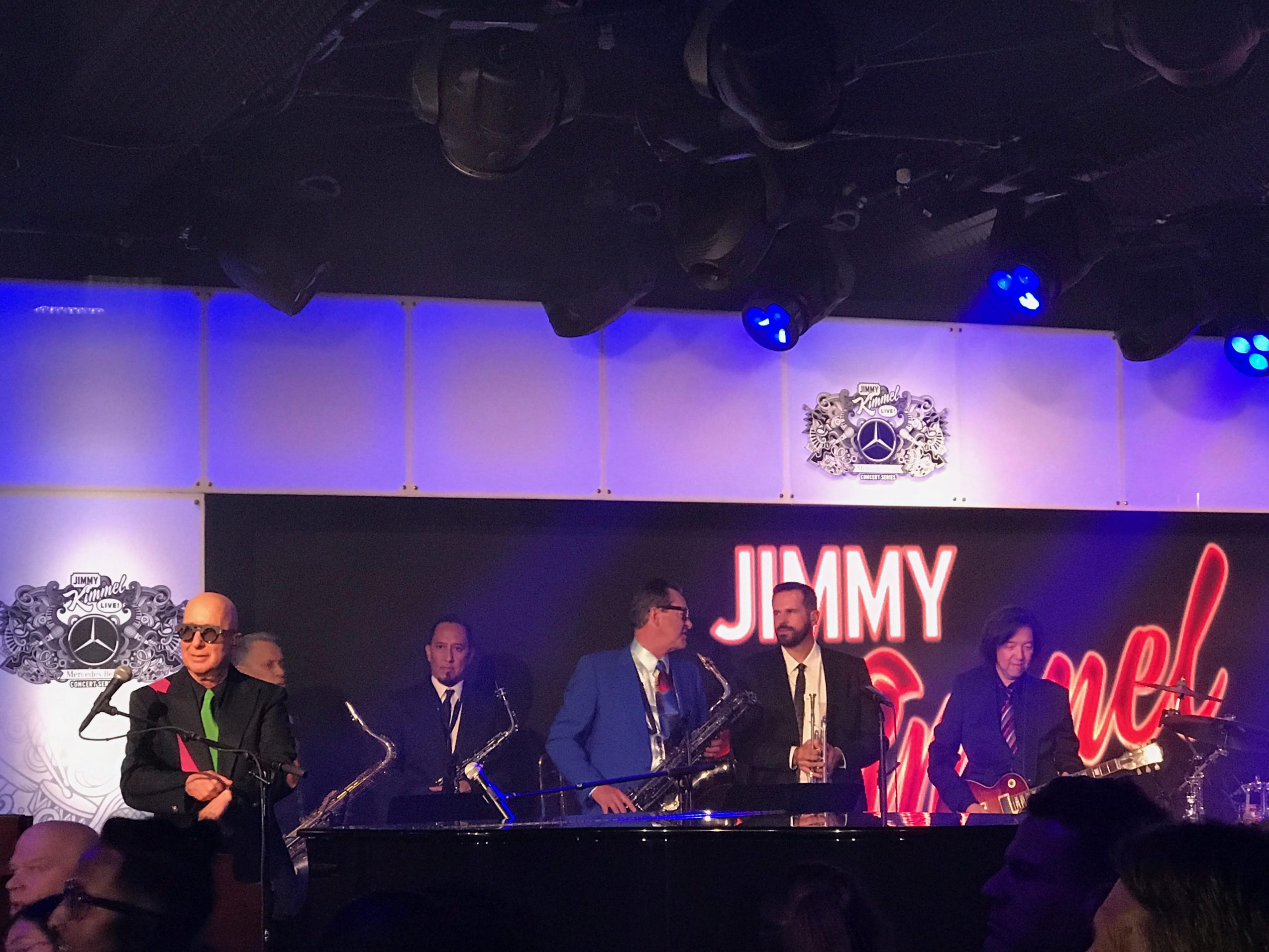 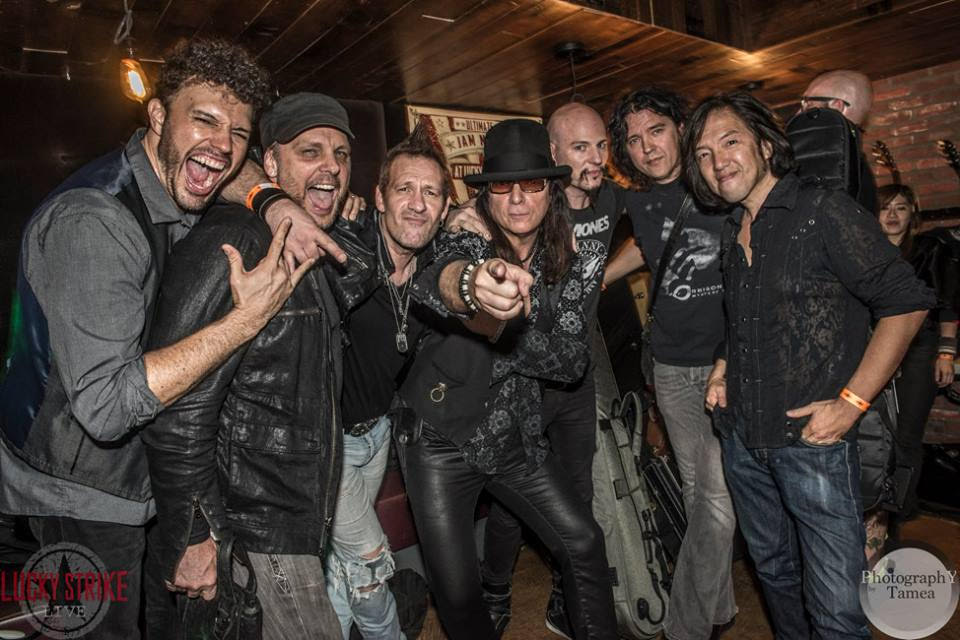 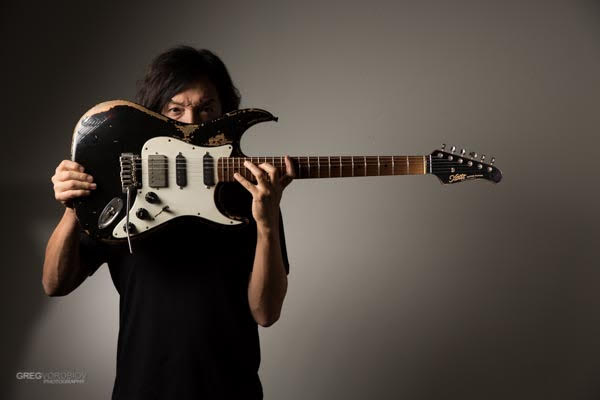 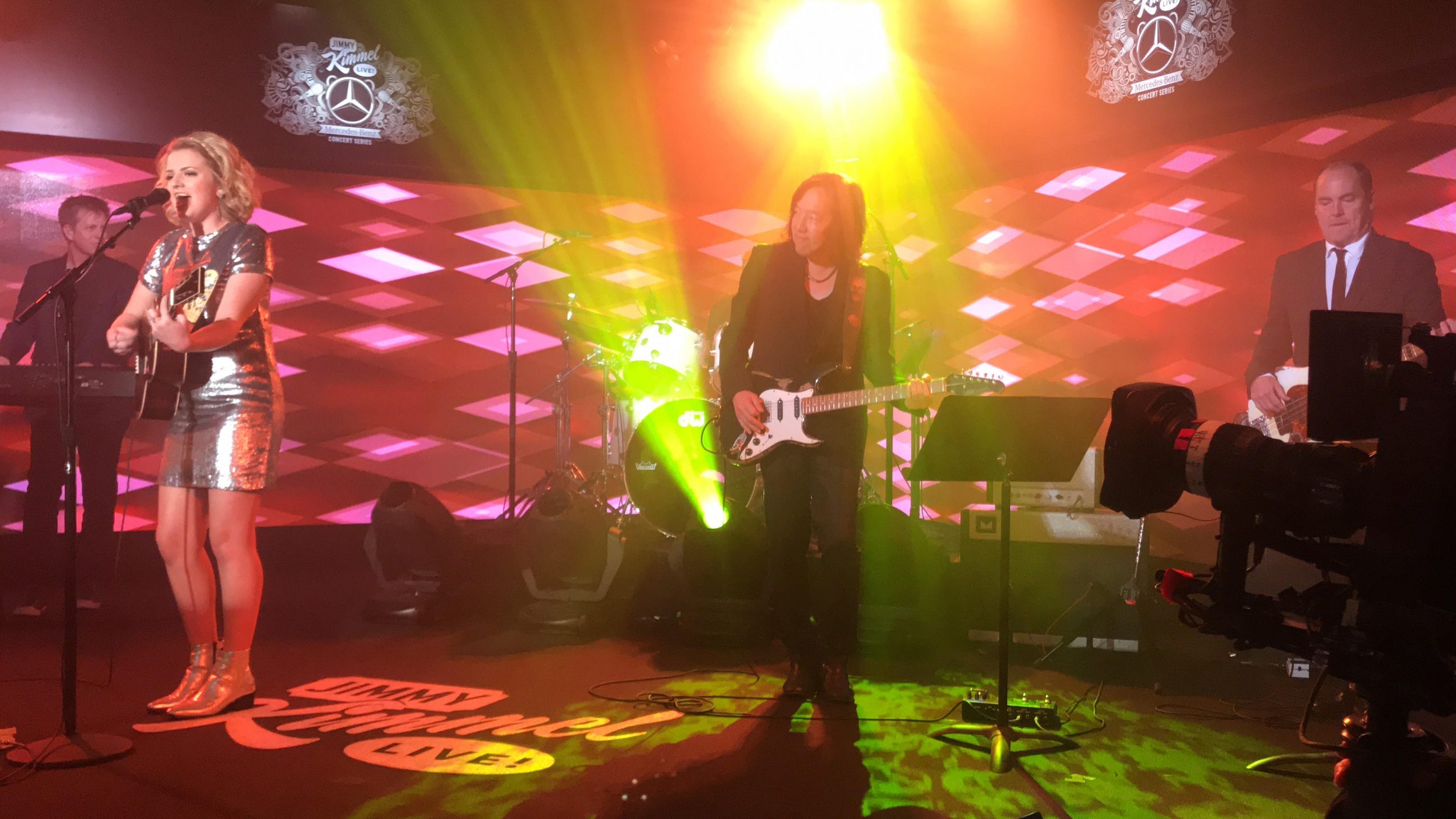 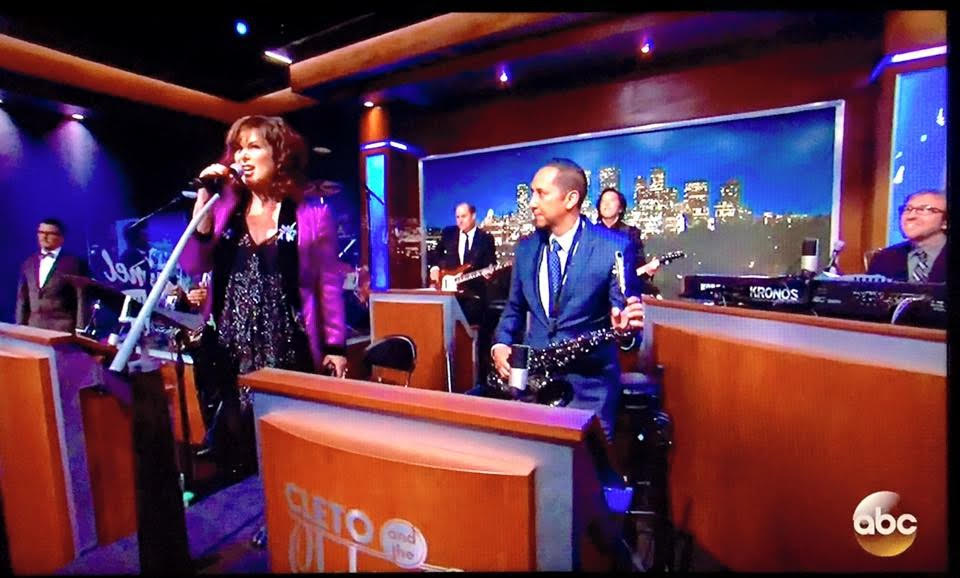 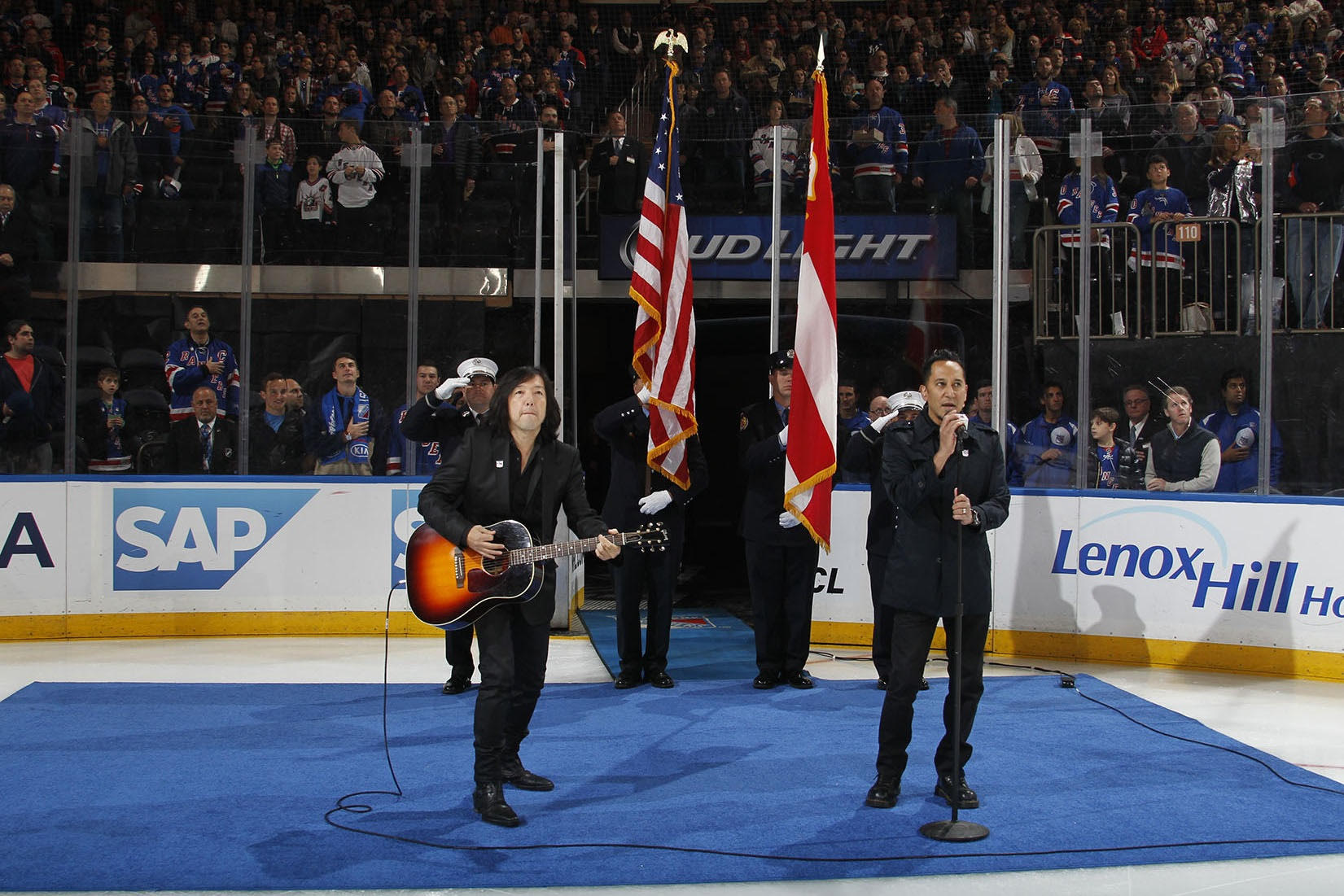 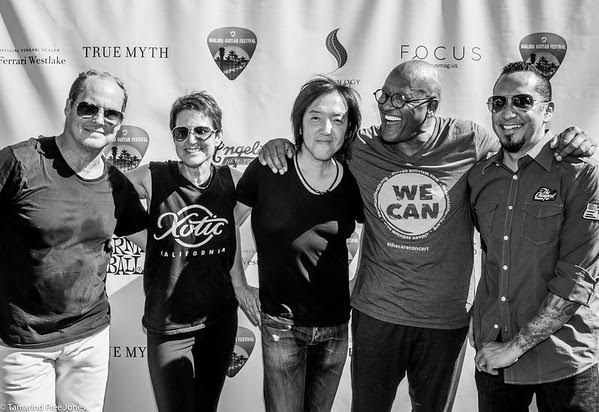