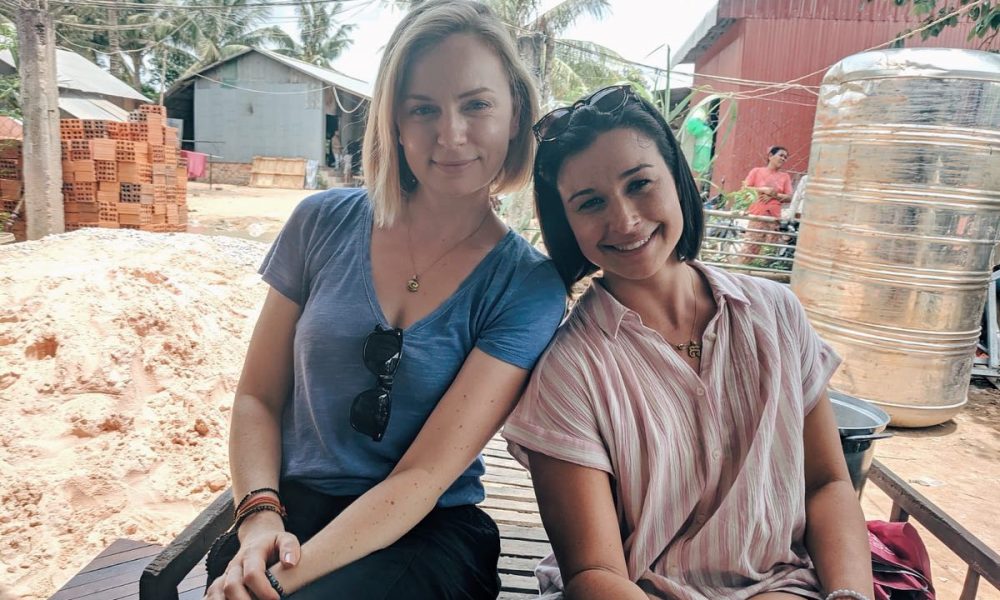 Today we’d like to introduce you to Tori La Desma and Katy Harliss.

Thanks for sharing your story with us Tori and Katy. So, let’s start at the beginning and we can move on from there.
As actors and producers, we are both naturally curious and have the desire to create. While neither of us ever initially imagined directing a documentary, it just felt right. Cambodia is a place where each of us had traveled to solo and have had a deep affinity for. After traveling there together in August 2018 with nothing more than a very broad idea and vision, we arrived back to Los Angeles with more ideas and stories than we could have hoped for. From there, we discussed and envisioned the story we were meant to tell and decided on sharing the story of Medha (pronounced Ma-tia), Cambodia’s first and only female drum troupe. In a country where the drum is a “man’s instrument,” the women of Medha, which translates to “the wisdom to move forward,” are pushing against gender and cultural norms as they prove in a patriarchal society that a woman doesn’t have to stay “in her place” to make ends meet. After facing obstacles like divorce and abuse due to drumming, they still persist and have the deep desire and passion to show girls and women in their culture and around the world that it is okay to dream big and create a life beyond what you have been taught.

Over the last two years, we have been back and forth to Cambodia six times for filming and research. We’ve wrapped the bulk of principal photography and are preparing to move into post very soon as we continue the process of obtaining finishing funds!

We’re always bombarded by how great it is to pursue your passion, etc – but we’ve spoken with enough people to know that it’s not always easy. Overall, would you say things have been easy for you?
As with any production, there have been some challenges along the way, but one of our strengths as a team is how we are able to persevere through difficult situations. One of the biggest hurdles to work through has been the language barrier as the majority of the interviews are in Khmer. When interviewing subjects, building and maintaining that connection is key and it’s much more difficult to keep the natural flow of the conversation going when speaking through an interpreter in the moment. But like all things, we just roll with it and take each experience as a learning lesson and aim to make it better for the next time!

Overall we’ve had a very smooth journey with not too many major challenges until COVID-19 came along. The pandemic resulted in us having to shift our timeline and original gameplan, but it wouldn’t be the full documentary filmmaking experience without some unexpected pivoting! Our crew is local to Cambodia so we’ve been able to continue with production from a distance. We were supposed to be there filming this summer but instead, we set up remote shoots, our crew went out and met with the subjects and we directed from Los Angeles. Thankfully it has been relatively safe to travel within Cambodia as they’ve had a very low number of COVID-19 cases.

An experience that we’ve definitely encountered is, as being two young women in this industry who are primarily known as actors, it has been challenging to shift people’s perception of us as documentary filmmakers who are capable of succeeding in making a quality film. There have been those people who don’t take us seriously or who doubt our capabilities as first-time documentary film directors. We know our decision to make a feature-length film in a foreign country can sound a little crazy, but our passion for this project has always been the fuel. We believe in our vision, trust the process of all the ups and downs and come with an openness to learn and be inspired. To see the parallels between our “roadblocks” as first time female doc filmmakers and Medha’s challenges of changing perceptions as first-time drummers in a country where women don’t play the drums has been a big motivator in pushing through.

What we are most proud of?
As the directors and producers of Where The Roots Lie, we are most proud of the team and the community we have built and continue to build throughout this particular filmmaking process. When we first began developing this idea, it was top priority that we create a safe and inclusive environment that encouraged ideas and an openness to collaborate. We wanted everyone to feel excited to contribute to this film. It was important to us that we make this film with the country and not just about it as uninformed outsiders. We always knew that we wanted to support the Cambodian film community which is one of the reasons we decided to hire a local film crew. By having a team that is aware of cultural references and nuances, it has added an even greater layer of truth to the story that would not have been the case had we overlooked this component. We’re proud of the time we took to really think about the people that were going to be a part of this project, it has been a game-changer for us! We also don’t have to lug around our equipment across the world, so THAT’S a bonus!

Has luck played a meaningful role in your life and business?
We’ll be the first to tell you that this journey has been all kinds of magic along the way. To us, luck is something that comes as a result of showing up open, willing and prepared. Well, as prepared as you can be when stepping into the unknown which has been much of the experience of working on this project. It’s when preparation meets opportunity. (Didn’t someone famous say that? Haha!) If something goes south, rather than looking at it with the perception of loss or lack, we try to see it as a learning opportunity and ask what we can do differently next time. It doesn’t mean it can’t sting in the moment! We just don’t stay in that space because we are all about problem-solving, whatever we need to keep moving forward. Keeping our energy and intentions in the right place while trusting the process usually leads to some good luck coming our way. 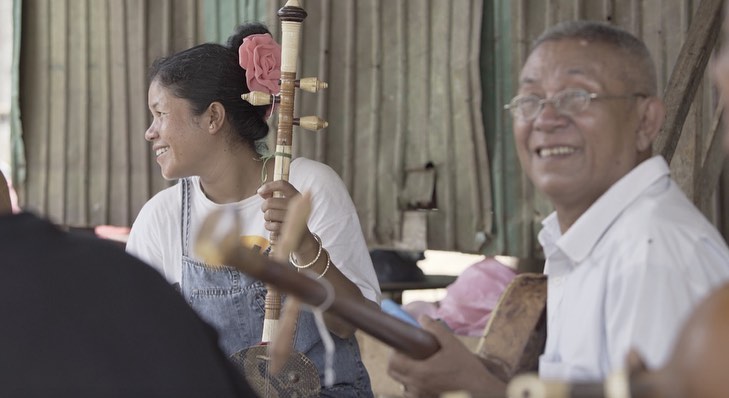 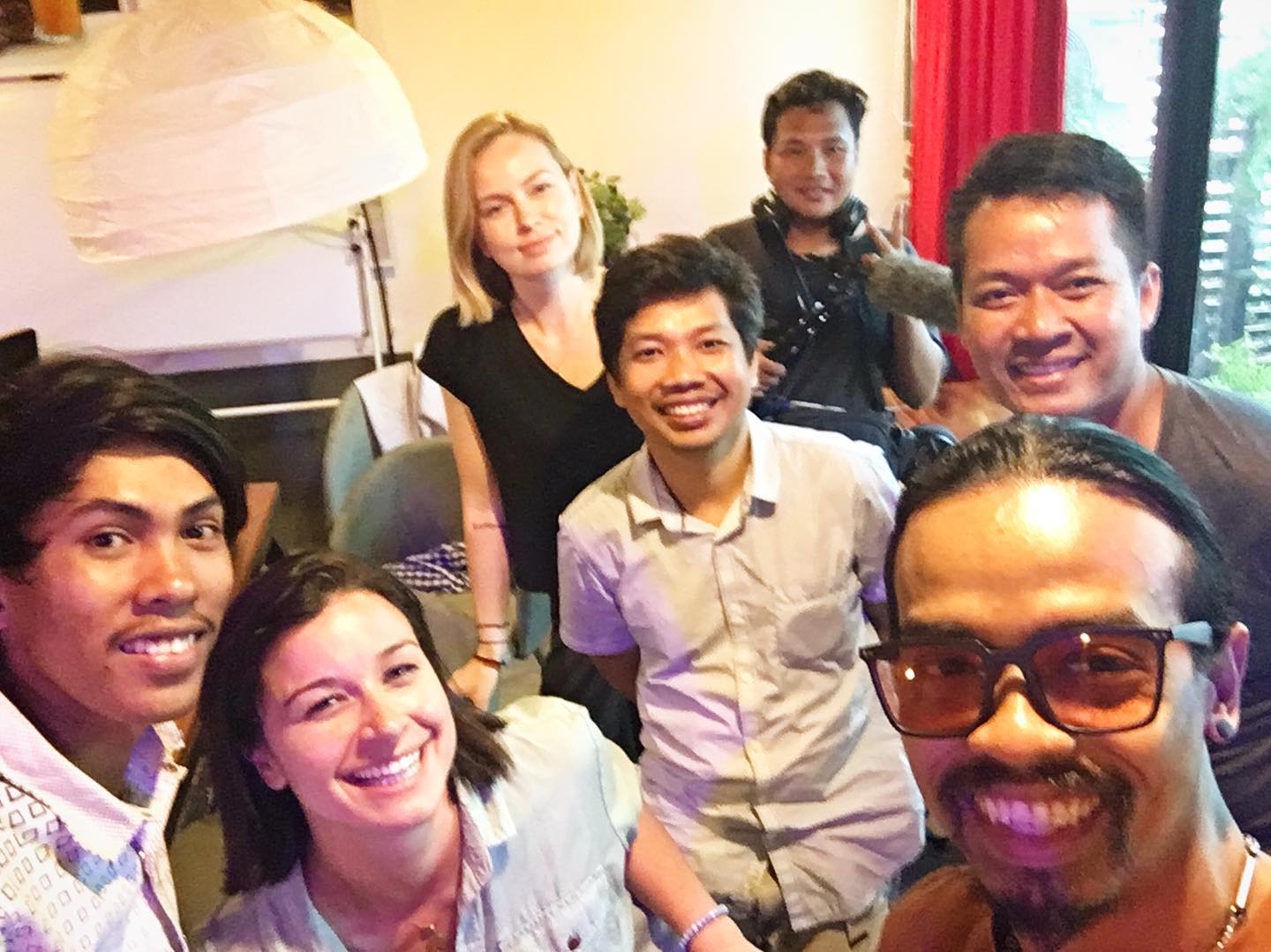 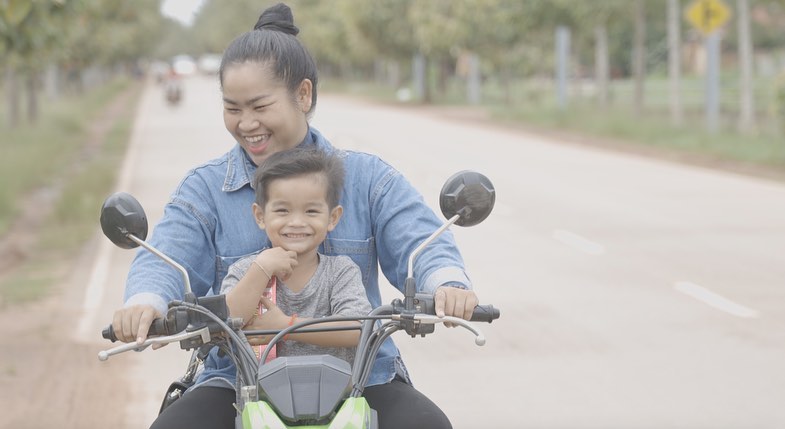 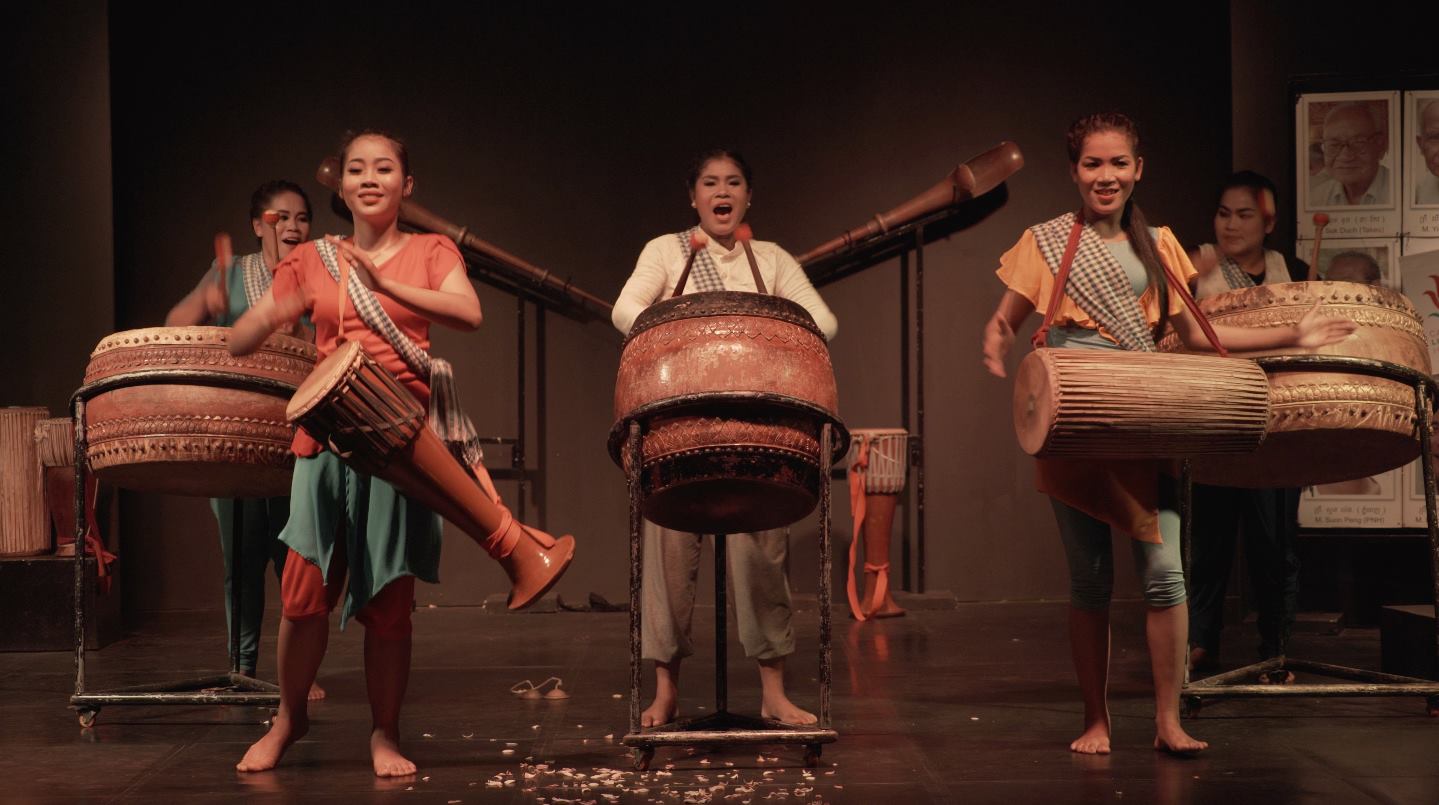 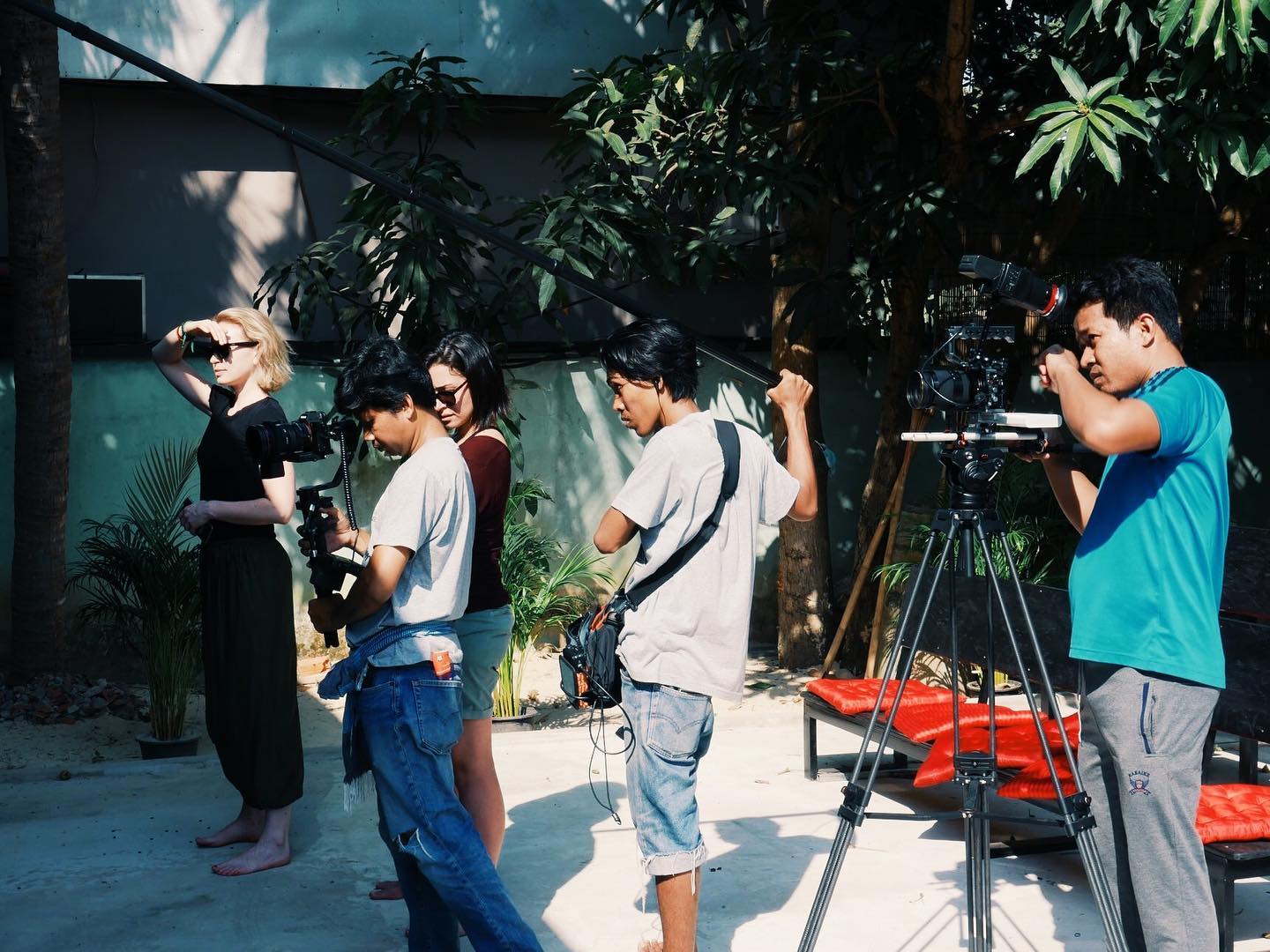 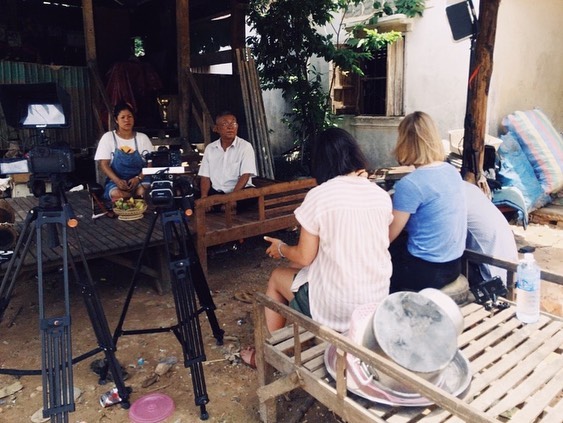 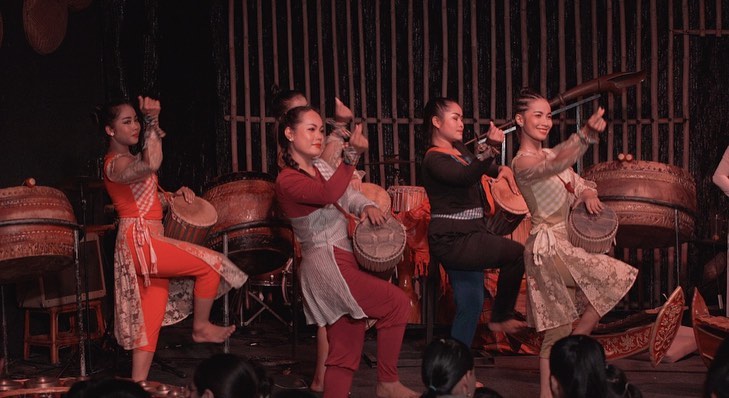