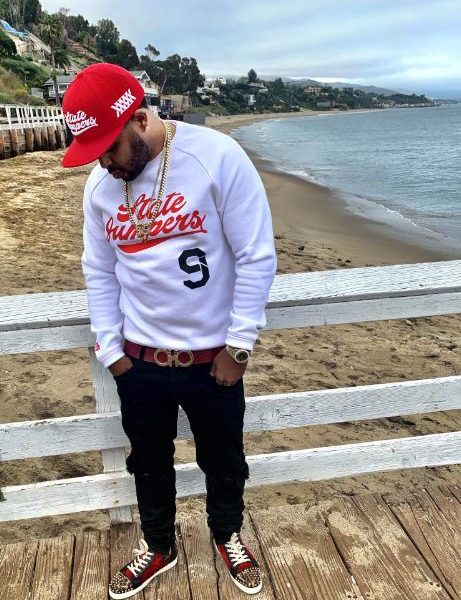 Today we’d like to introduce you to Topic Masters.

Topic, please share your story with us. How did you get to where you are today?
I started this journey in the music business long ago. It started as a hobby initially then I was introduced to a studio setting and was taught the fundamentals of recording. I began to take the music very seriously and devoted my life to my grind and my shot at global success. Ultimately on my journey, it landed me to the first deal that I signed with West Coast pioneer artist “WC” this was in ’04.

This only lasted about six months, I began to search for other options and outlets for my music which then landed me to a major record deal through an independent company Drama Family. Drama Family had an imprint deal with SRC/Universal and they quickly took interest in me and signed me to a major recording contract, this was ’05. At this point, I would go on to release my biggest project to date which was the street album “The Coast Guard” this was in ’07. During the stint of being signed to SRC, I was able to work with a lot of major artists and producers. I was seeing a side of the music industry that I pictured all my life up close. I did records with artist like Akon, David Banner, The Game, Snoop Dogg, Kendrick Lamar, Jay Rock, Trey Songz, Jagged Edge and many others.

I was quickly learning my way around major studios etc. The deal with SRC was in good standings however the label which was furnishing my services (Drama Family) and I were not seeing eye to eye so I decided to part ways and was able to get released sometime 2011. I then took my comfort zone approach and went back to the streets as I always had and started hustling. That was normal life for me but this time short-lived as I had a son 2012 and my views started to change. I was doing my music still at this point under my own independent company “Boss Life World ent” and put a few street album projects out independently.

None of my work was able to reach the platforms that my previous work did for a few different reasons. One I wasn’t nearly as focused as needed, I also didn’t have the support of the majors anymore so everything had to be done by myself. This was not familiar territory for me and I didn’t quite understand the internet fully and wasn’t aware of the power that one could possess because of it being that I wasn’t from that generation. At some point, I became really unfocused and life had took a dramatic downward spiral and I couldn’t see the light at the end of the tunnel. I was in a dark place and had lost the vision for my life which I always had a keen sense of. That lasted for about five years although I was still recording music in spurts I wasn’t really putting forth a substantial effort.

In this time I was slowly climbing out from under that dark looming cloud, and I started regaining my focus again in life and also musically. Since I record myself and had a studio at my house I started getting back into the swing of things recording new music and feeling good about it. I was living in Arizona at the time and decided I wanted to give the music another shot and needed to come back to California. I took a huge leap of faith and left AZ and did just that. I started a new independent company while in Arizona “Perpetual Recordings” and adopted a new business motto that would allow me to work at a consistent yet comfortable pace.

Simultaneously I developed a clothing brand that would directly reflect my lifestyle called “State Jumpers Collection”. I started printed up my own hats, shirts, sweaters, etc. With my independent label I released my first project “100% Trapicana” with digital distribution through Empire in 2017. Although I had music out I didn’t have my personally life figured out yet, I was short on money and had completely left the streets alone so I was in a really uncomfortable spot. I kept a positive outlook and approach to life that assured me whatever was meant for me would be attracted to me if I just stayed solid and kept working. Early 2018 I had a big shift in my personal life and things started to look up, for me, it was the first time that I was generating “legal” revenue of a substantial portion and more importantly I was getting back in tuned with me as a person.

What I didn’t mention is toward the end of 2016 I became a vegan so my thinking although in that dark space was already changing just due to my eating habits that I had adopted. This leads me to the space that I am currently in. This year alone I have dropped four new projects which can be found on all digital platforms under the name (Topic626). I am currently working on a project called “201” which I’m putting all of my energy into and is loosely scheduled for release November 2019. I have put more effort and energy into this project than anything I’ve done in a long time.

I am betting the house on this one! This is a quick summary of my life in the music business and touching lightly on some personal points, I jumped around a lot. Nonetheless, stay tuned and see what is yet to come! I am excited for the future and for the opportunity to make history, second chances aren’t really given in this field and I’m fully aware of that. The good thing is nobody is giving me anything I’m taking it! Your grind ain’t shit if it ain’t PERPETUAL!!

Has it been a smooth road?
My road to success has not been smooth at all. The music industry is a dirty game, to say the least, loyalty does not exist and rarely do friends. Everyone is seeking a spot at the top and a position to change the lives of themselves and those around them. Sad to say but “most” people will do whatever to have that type of attention. Anytime the stakes are this high then deceit, jealousy, betrayal and so many other negative behaviors will be amongst you. When I was younger it was hard making it out of a place such as West Covina, simply because nobody had previously done it and it wasn’t respected like some of the well known popular cities in Los Angeles.

It was considered the valley in the era I came up in. That was the least of my worries come to find out. Once I got to the majors I was met by so many other devils it was crazy. People on the team stealing money from others on the team. The level of deceit was at epic proportions. Nobody genuinely being happy for you once you start to garner certain attention from certain people. Everyone trying to take your spot or jealous that you have it. Fighting to get the things you deserve to have that should come along with the position you hold. You learn quickly that everyone showing their teeth isn’t smiling. The internet came along and helped the game a lot as well as damaged it equally. This made things very different and gave a lot of power to those who hadn’t been properly prepared for it.

We’d love to hear more about your work.
My main companies (Perpetual Recordings, State Jumpers Collection) run parallel with one another. Music and fashion are a huge part of my life and expressed freely through my companies.

Musically I specialize in being authentic and relatable to those who stand on principles in their lives. The ones who understand that integrity is valued over a dollar. Being able to convey your message through a contagious melody and beat pattern. One of the guys who can really construct and put together great records, not just raps. When it comes to the music game I’m most proud of my body of work that lives online, it speaks to the different stages of my life and where I come from. I am proud that my catalog speaks volumes to the life I’ve lived and that it isn’t compromised by anything other than the art itself.

My clothing line is what I’m most proud of at this point in my life when it comes to business. I believe the potential is endless and done right can and will be a generational game-changer for more than just myself. At SJC we pride ourselves on producing high-quality garb. We are completely committed to upholding the same integrity in our garments as we do in our personal character. Making street fashion look and feel rich while elevating one’s taste level.

What sets me apart on all levels of business is that I won’t compromise my integrity for greater positioning. I would never break code behind a bankroll. It is vitally important to maintain ownership over your creative equity and to keep the consistency of that protected at all costs.

Is our city a good place to do what you do
I think Los Angeles is a great place for all businesses economically. However, it is a city that is overcrowded and the people here walk so many different facets of life. My suggestion to anyone would be if its something you desire or something that keeps you up at night and you feel it inside, pursue it and chase it until you have it. Don’t be moved by the things that people say or even do. Allow yourself the freedom to be different and condition your thinking to align with your actions, have tunnel vision until your monies different. 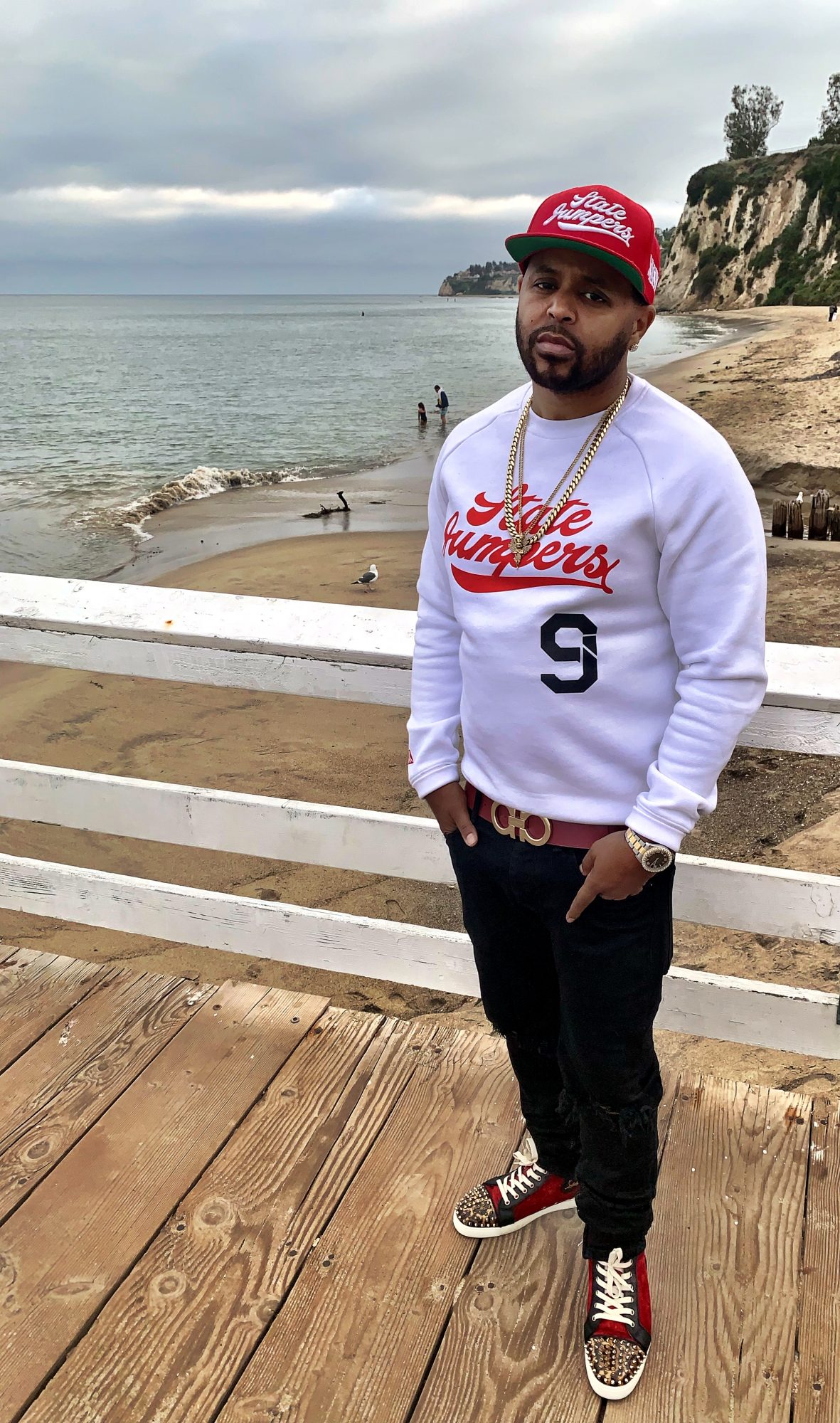