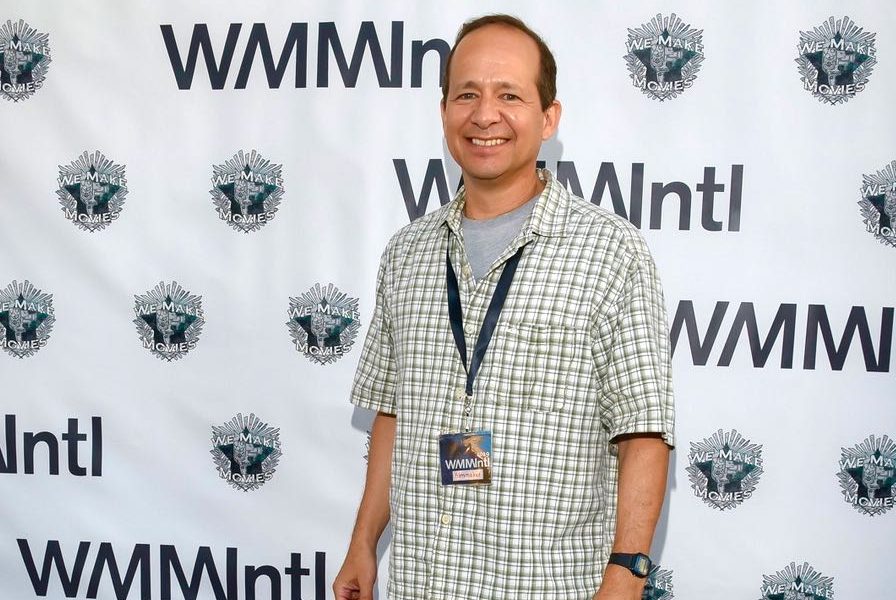 Today we’d like to introduce you to Tony Mouleart.

Tony, let’s start with your story. We’d love to hear how you got started and how the journey has been so far.
I grew up in Costa Mesa, CA. I was always an artist and I went to UCLA to study Design. The program allowed me to make short films, do computer graphics and animation. After college, I was living in Orange County and was a loan rep for a bank for a few years, to pay the bills. It allowed me a flexible schedule. I had always wanted to take an acting class so I did, and started doing plays. I found I enjoyed going to rehearsal more than going to work. One day I was sitting at home watching TV. I saw a couple guys I knew from college on TV. I thought if they could do it, so could I. I really missed the creative things I had done in college. So, I quit my job and moved back to L.A. to pursue the entertainment industry.

I began my entertainment career on the production side of the business. I worked on “Iʼm with Busey” (starring Gary Busey), and the first two seasons of “South Park” for Comedy Central. I also worked on promos for TBS, Sony, and Warner Bros. I did extra work and production assistant work on lots of films. I was attracted to comedy, and became a teaching assistant for a sketch comedy writing and acting class at UCLA. I started making short films and was fortunate enough to get in some film festivals and win some awards.

I also took more acting classes and joined an improv group that performed around town. I love to make people laugh, whether performing or making films. A guy I had done a play with down in Orange County, was an assistant at a talent agency. When the agent he worked for left the agency, he became the commercial agent. He took me on and became my first talent agent. I started auditioning and I was able to book some commercials.

After many years I was finally able to join the Screen Actors Guild. I started to get some work in television. I booked a job where I played a magician in a two man magic act (like Penn & Teller) on the NBC show “Crossing Jordan.” We did our act and then we killed each other over a girl (who was our magician’s assistant). It was a lot of fun. I also booked a FOX sitcom called “Traffic Light,” in which I played a newspaper guy who yells at one of the lead actors. I did some indie films as well. One film, “Loveless in Los Angeles,” played the SXSW film festival and also played on Comedy Central. In the film “Elvis Is Alive,” I played “Disco Elvis” with a cast of great comedy legends (Fred Willard, Vickie Lawrence and Rip Taylor). Later, I booked several national commercials. On one for Embassy Suites, I got to work with Oscar nominated writer/director Roman Coppola.

In the last five years I really put a focus on directing. In order to direct, you have to write and produce as well. I studied screenwriting at The Writer’s Boot Camp in Santa Monica and UCLA. I put my production experience to use and made three films that all got into film festivals.

You can watch & vote for it online at: https://liftoff.network/los-angeles-lift-off-film-festival-2020/

Has it been a smooth road?
Acting has been a very difficult road to pursue? It is a far cry from the financial security of my banking days. When I started, I was doing plays and anything I could to pay the bills. I became a waiter, did temp work, promo work, extra work, etc. I even played a hand double for Owen Wilson in the Universal film “You, Me & Dupree.”

I remember being cast in a feature film for FOX Studios starring Idris Elba and Andy Serkis. It was a motion capture film and I was going to work on it for a couple months. I was fitted for the motion capture suit and did some preliminary video capture. Soon after, Disney bought FOX and the film was shelved. Another time I was pinned for two different TV shows in the same week (being pinned means that it is down to you and one other actor, and they “pin” you to keep your schedule open for shooting). I was very excited and figured I would get at least one of them. I didn’t get either TV show. It was very disheartening. Another time I was cast in a TV show and they cut my lines. So, although you see me, you don’t hear me speak. Those are the ups and downs of the entertainment biz. It can be a very fickle business. Even though the road has been very challenging, it has been way more fun than being a banker.

Producing and directing is just as hard, if not harder than acting. You have to raise money to make your films and recruit people to help you. Many times you are asking for favors and cannot pay everyone their normal fee. Frequently, cast and crew find better paying gigs and can leave you in the lurch. It’s just the reality of the indie film business. Hopefully, you find some good people and you help each other out. I joined a film collective called We Make Movies ( https://www.wemakemovies.org/ ). It is a group of like-minded filmmakers and actors who work on each others projects and help each other. The great thing about it is that you can find some terrific people and resources in the group, that would be more difficult to find on your own. They meet weekly and you can attend any of the meetings for free. Right now, they are meeting virtually via Zoom because of the pandemic. It is a great source of support in this very challenging town.

I think volunteering is an excellent way to get outside yourself and deal with this demanding business. It feels good to be of service to others. I have volunteered for the Young Storytellers for ten years ( https://www.youngstorytellers.com/ ). It is a literacy program for disadvantaged youth. Volunteers mentor kids who write a story over a seven week program. Then professional actors come in to perform the stories in a “Big Show,” for the school and parents. It’s a ton of fun and very rewarding to see the creativity of the kids.

Please tell us about GoSquirrely Productions. GoSquirrely Productions is my production company. I write, produce and direct films, commercials, industrials, etc. I do a lot of comedy because I am attracted to that. However, I also do dramatic work as well. I worked at a major theatrical casting office for two years. I was a reader and camera operator there so, I saw a lot of network/studio auditions. I also taught an acting class at UCLA for four years. So, I offer audition coaching for actors and I also put actor’s auditions on tape. I edit theatrical demo reels for actors as well. I’m kind of a jack of all trades in the entertainment business. Since I’ve been a professional filmmaker and actor for twenty years, I’m proud of the fact that I’ve won several awards for both my filmmaking and acting skills. I really enjoy entertaining people and letting them escape from their normal lives, to just have some fun in the world of make believe. It is needed now more than ever.

Is our city a good place to do what you do? I think that Los Angeles is probably one of the best places for a business like mine. There is so much work going on in the entertainment business in L.A., that one has the opportunity to work on more projects than just about anywhere else.

I’m looking forward to the future. I was cast in three episodes of a new sci-fi TV series that shoots in Budapest, Hungary this fall. However, I don’t know when it will actually happen because of the pandemic. I’m excited to see a feature comedy I did, called “Oh Boy!” I play a crazy news anchor in that film. Hopefully, it will come out within the next year. Also, I’m developing a feature from a short I made, titled “Bike Helmet Harry.” It’s a quirky, romantic comedy about a guy who never takes off his bike helmet. I plan to direct that one. I can’t wait until we can all get back to enjoying our lives, pandemic free. 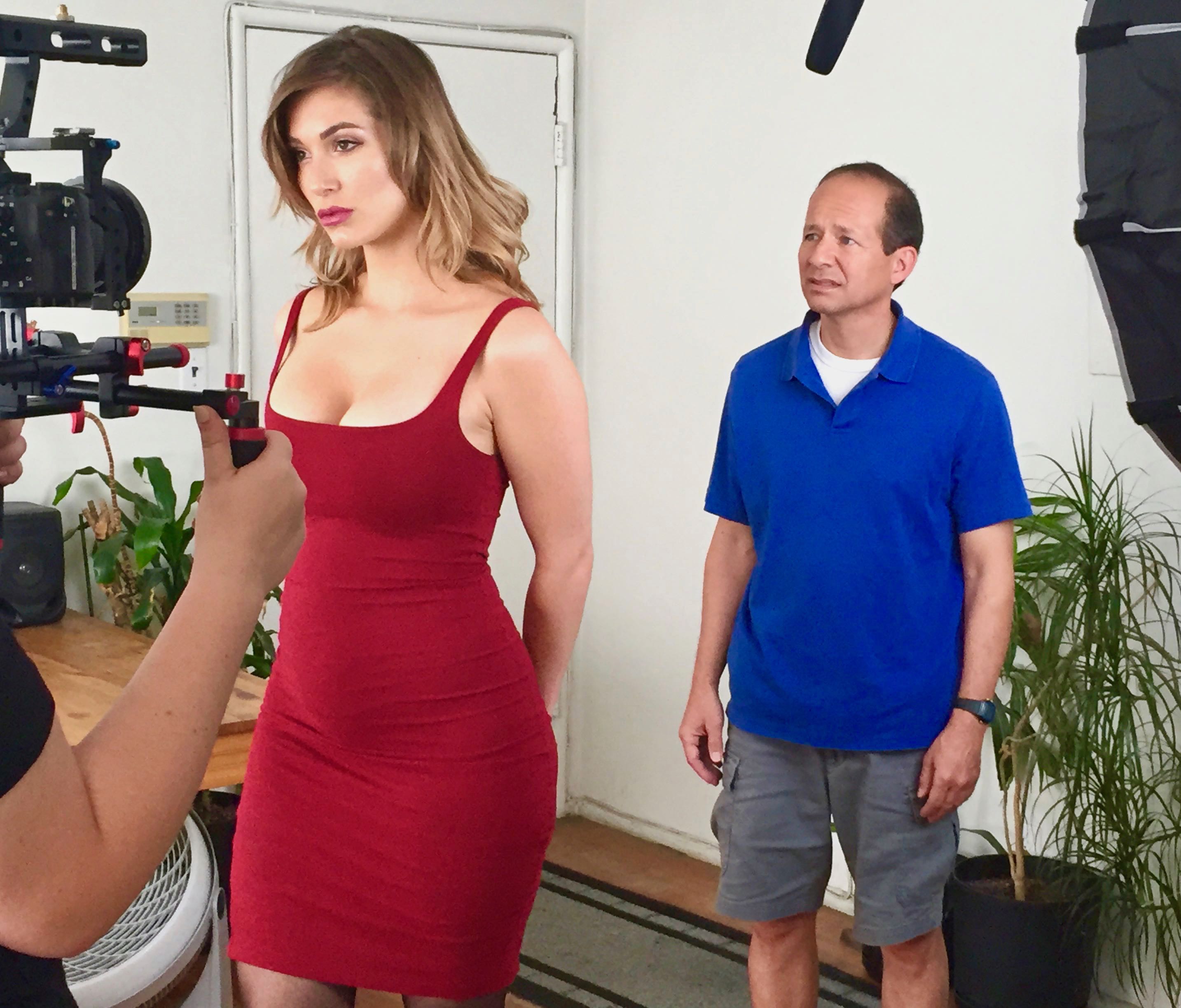 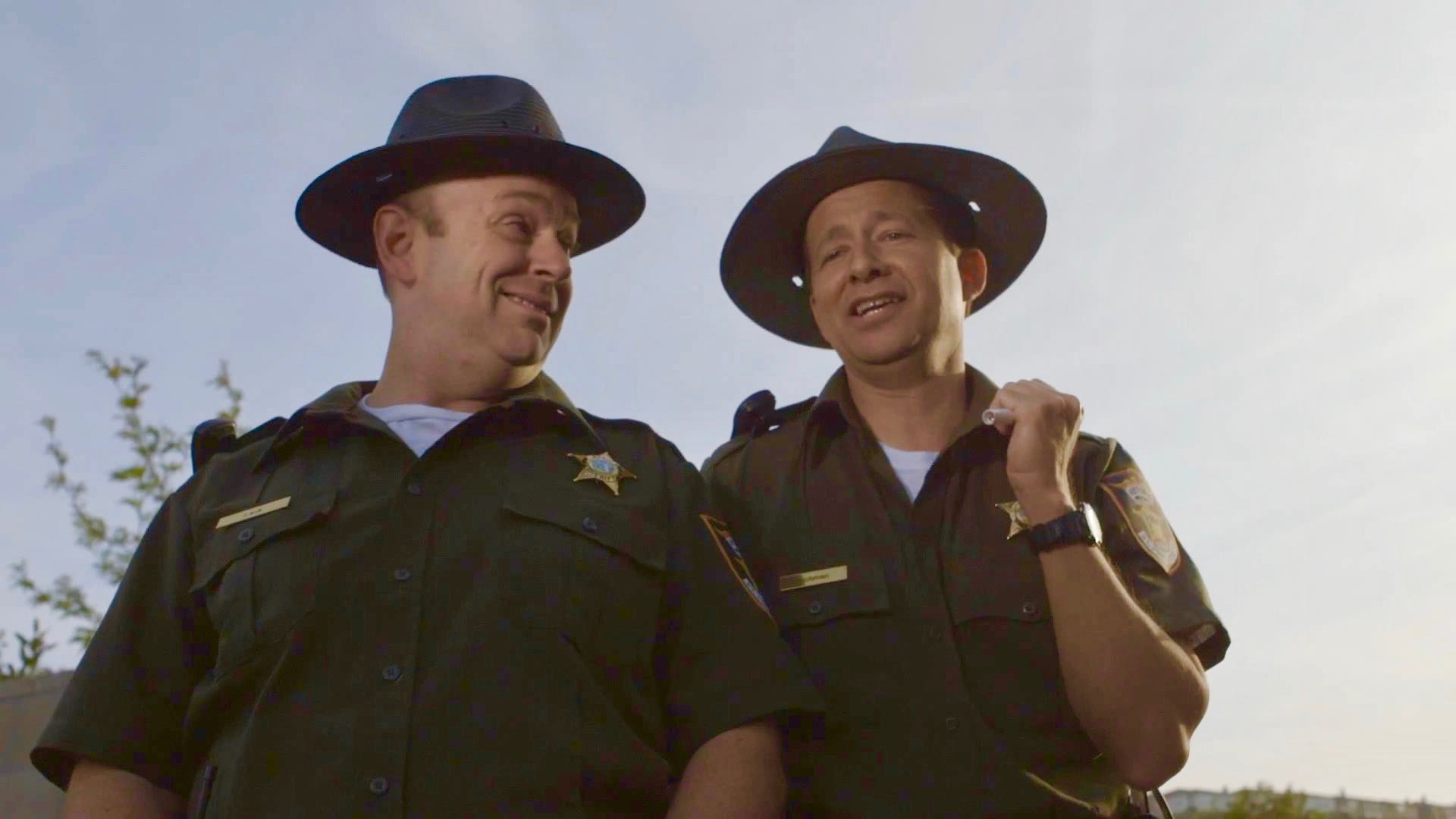 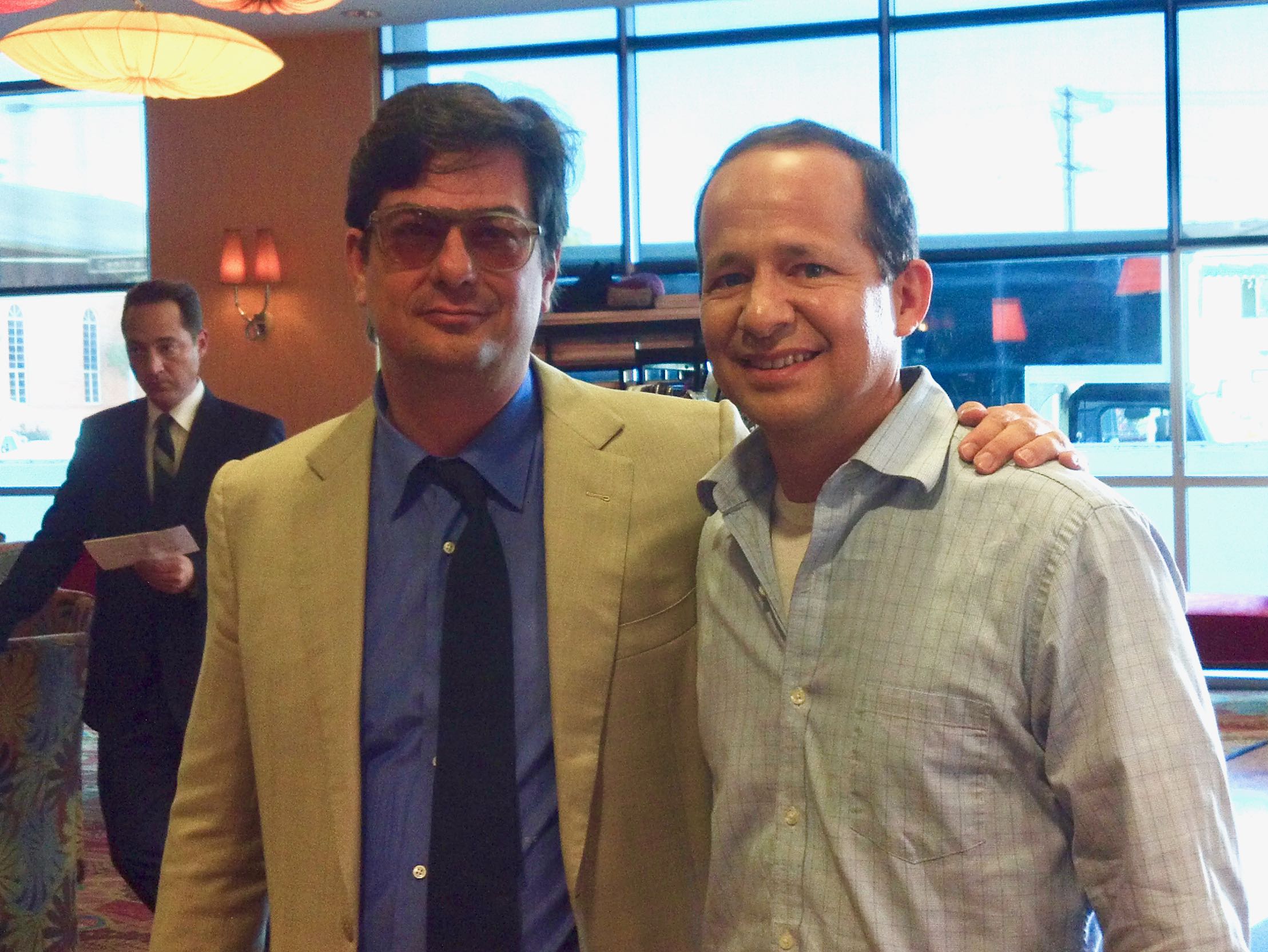 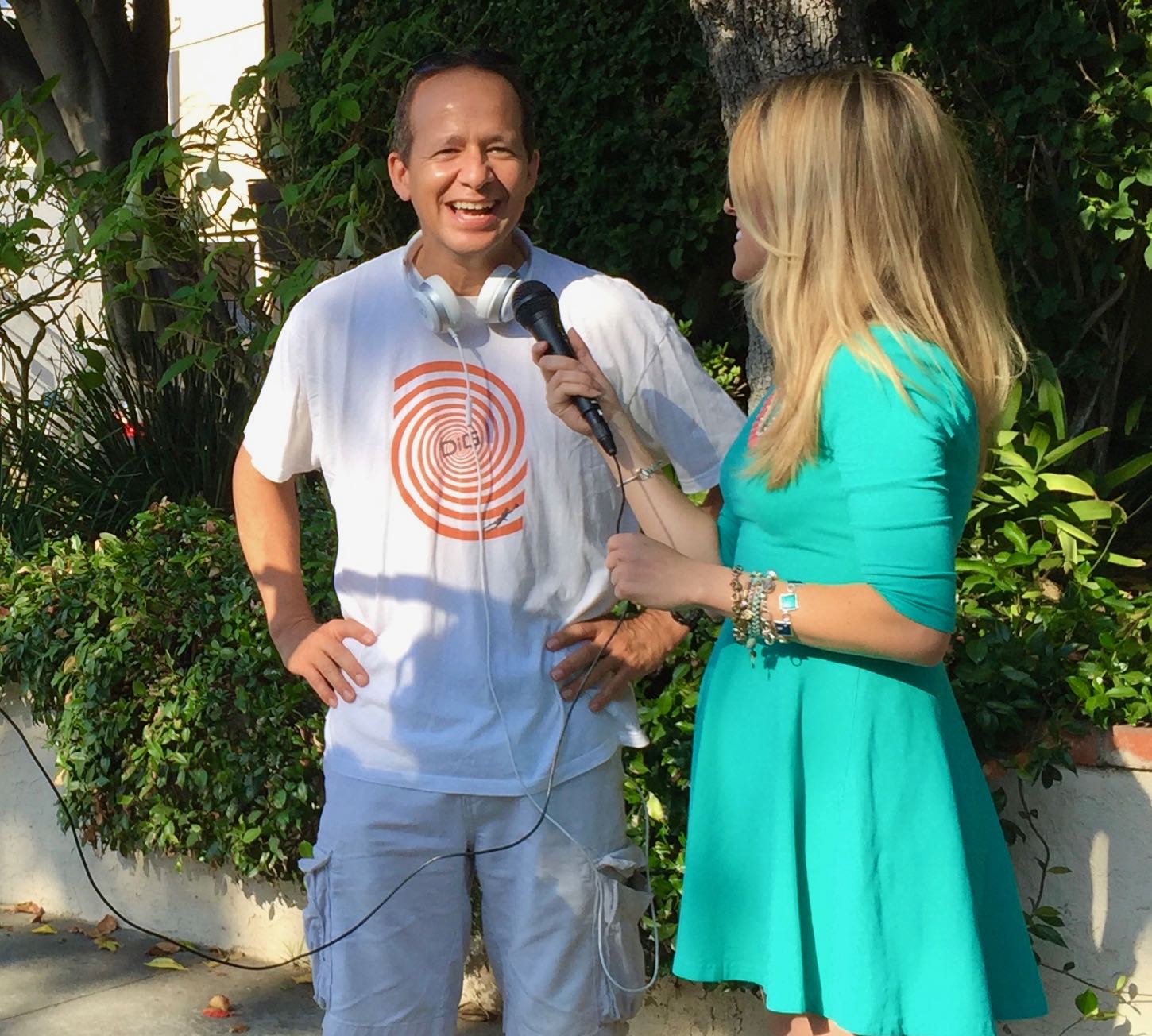 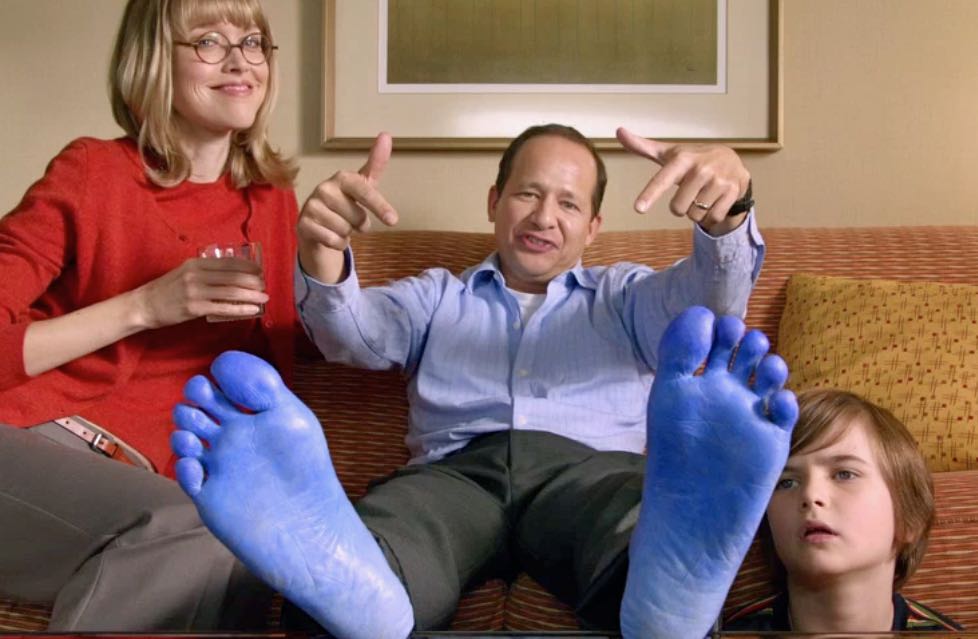 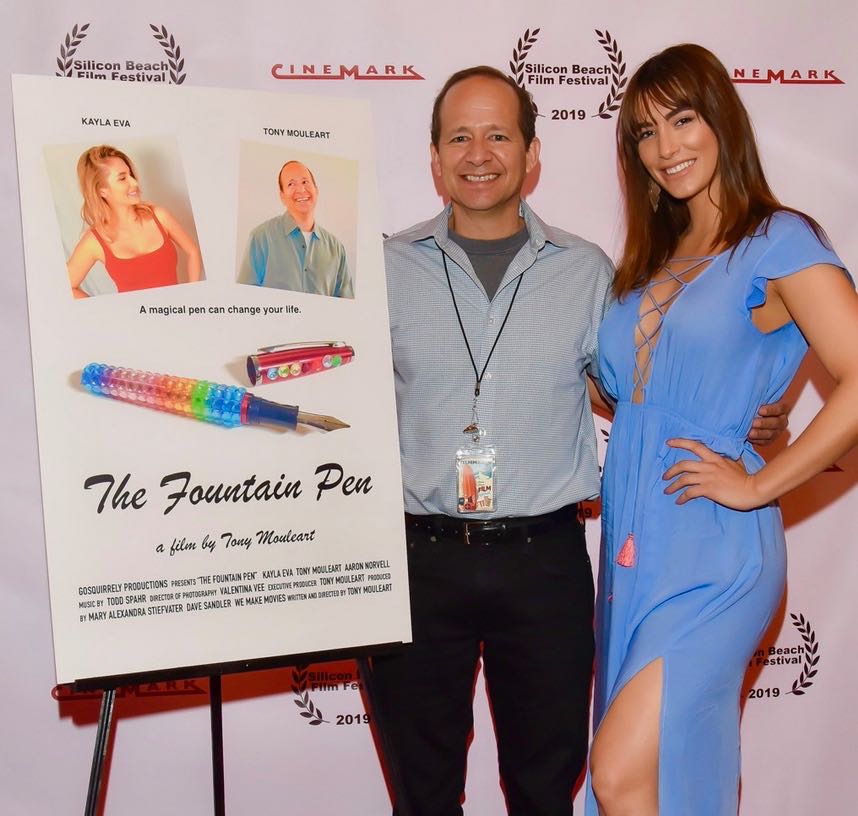 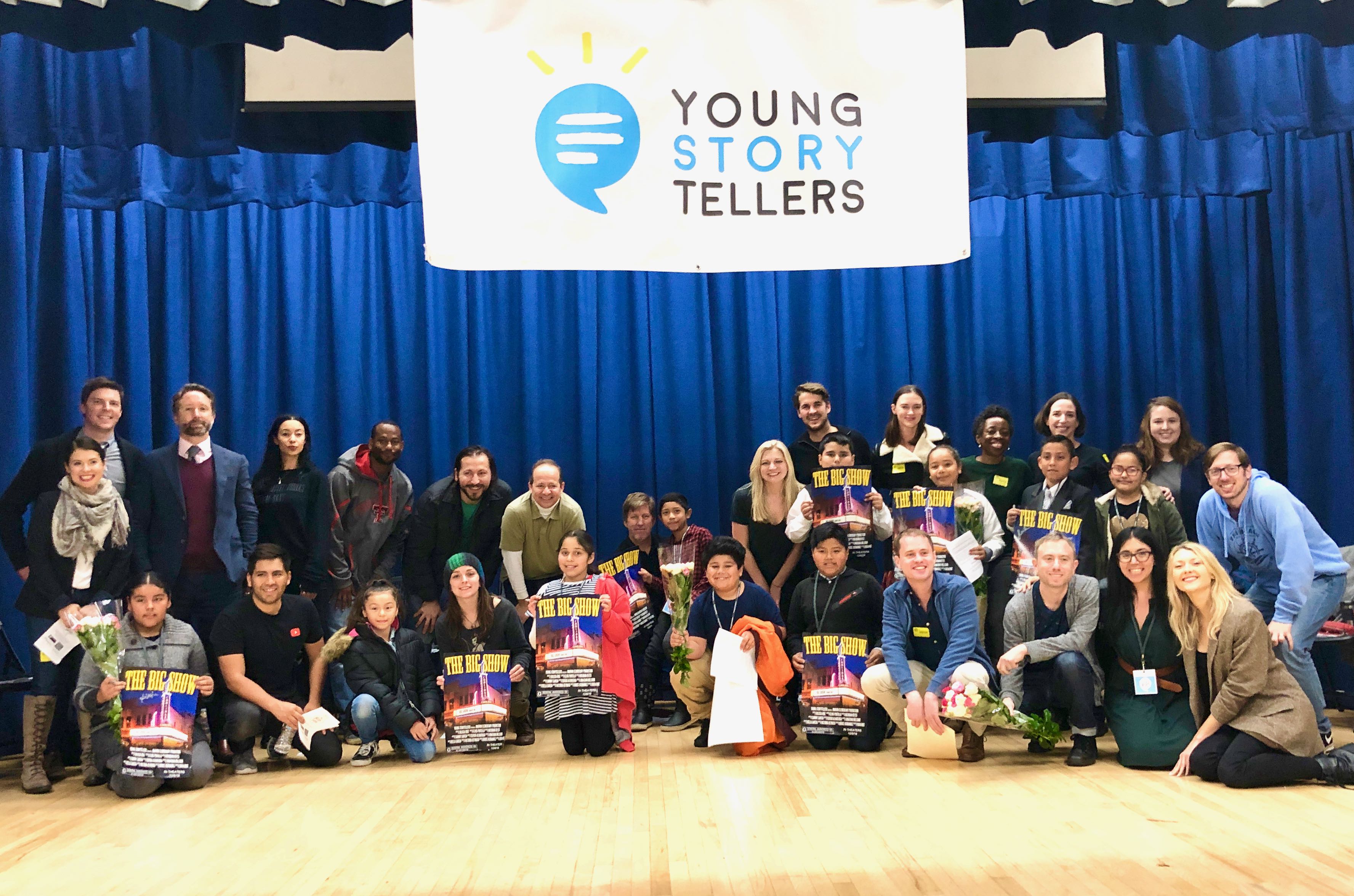