Today we’d like to introduce you to Tony Bucci.

Every artist has a unique story. Can you briefly walk us through yours?
I started Broken Field Runner as a solo or side-project in the fall of 2012 when finding consistent members for the bands that I played in before it became unsustainable. At that time I was located in Upstate New York, had just finished graduate school, and had already seen all of my friends and contemporaries either begin playing much larger venues all over the world or settle down, get real jobs, get married and have children, giving up indie music altogether. Instead, perhaps as a glutton for punishment, I continued to play coffee shops, house shows, and small venues in the college town Albany where I had moved to go to school. The band expanded to a full lineup when the question “where’s the rest of your band?” was asked one too many times, but I think deep down I always felt more comfortable in a “band” environment where I could lean on the others for validation and support when I felt at my most self-deprecating or insecure.

We toured the east coast several times, did a short tour of Ontario in eastern Canada, released a full-length record called “Clear A Heaven So This Earth Can Breathe” and a split 7″ with Gift Horse on Secret Audio Club Records while headquartered in New York. I relocated to Los Angeles alone a little over two years ago just before the release of 2017’s “Heavy Hanging Fruit,” and since then live and studio versions of Broken Field Runner have included members of Drug Church, Self Defense Family, Young Culture, Aficionado, and Nxnes. We went to South by Southwest in 2017 and continue to play as often as we can between Van Nuys and Tuscon, as a three-piece (guitar, bass, drums) or alone (electric guitar and occasionally drum machine/sampler). The music has been described as “sullen and forthright, Broken Field Runner’s plaintive story-telling can come in waves of bouncy power-pop, on weighted slogs of tortured slow-core, or accompanied by the wince and wallow of an acoustic guitar on the verge of tears.”

Since moving to LA, I’ve been writing and recording alongside a singer-songwriter named Laura Murphy, also formerly of Upstate NY. Laura played bass on the full-length record “Lay My Head Down” which will be out in the Spring/Summer of 2019 on Jetsam-Flotsam Records. She contributed two full songs to the album: “Soft Pink Hands” and “Heat” and has played a dozen or more shows with us in the Southwest since 2017. She is taking some time away from the project to concentrate on work and the music she’s been making with her fiancee Jordan Lawlor (J Laser, M83), but I think it’s best to mention her here because of the fingerprint she left on this last batch of recordings. I can’t thank her enough for helping me actualize my vision throughout our time playing together.

Please tell us about your art.
I am a musician, but I’ve always thought of the music as secondary and the poetry or story-telling, the lyrics or message as the main objective. I didn’t begin actively learning how to play the guitar until I was 19 years old for this reason, and have always treated instrumentation as a vessel for the lyrics themselves. I am a collector of stories, and as such, the art I create is an attempt at slice-of-life realism, a magnification of the lives of junkies, bastards, bigots, outcasts, die-young-and-leave-a-pretty-corpse nihilists, reformed idealists, and those who’ve already lived hard, who’ve already grown embittered, but the hits just keep on coming no matter what.

In songs like “Clear A Heaven So This Earth Can Breathe” and newer songs like “Millennial Pink” and “Man Plans (Now You Have Something Too)” I attempt to have political conversations with the listener by amplifying my deepest fears. In songs like “Good Grief” and “Heavy Hanging Fruit,” the aim is to tell a complete story, start to finish, from the first chord to the last gasp of air. I have attempted to tackle through song, with varying degrees of success, topics like transgender access to organized religion, the loss of a child, the cycle of addiction, the grieving process, empathy for the criminal, the monster, the murderer, and exorcising demons through the creation of art. Borrowing heavily from the legacy of true story-tellers like Nina Simone, Neil Young, Nas, Johnny Cash, Gil Scot-Heron, David Bazan, Jim Croce, Conor Oberst, Kendrick Lamar, Elliott Smith, and host of other musicians whose impact on my song-writing is difficult to explain and perhaps harder to measure, my main goal with writing is to feel affected and in so-doing to move others. For better or for worse.

I feel that I am uniquely positioned to collect these stories because when I’m not making music, I work as a social worker at one of the seven Regional Centers located in Los Angeles County that assists families of children and adults living with developmental disabilities. There I act as an advocate and help families access funding for the services their children and relatives need to become safe, independent adults able to access as many of life’s joys and struggles as they see fit to all on their own. Unfortunately, as much as this job has allowed me to assist families who would not otherwise know where to turn, it has also given me keen insight into how ugly human beings can be to one another. Art imitates life imitates art, and sometimes that art is bleak, desperate, and hard to look at.

While my music can sometimes feel like a slog, the message I hope to convey is that life is as difficult as it feels. We all feel alone, hopeless, helpless, unloved, but hopefully, through communion rather than condemnation or judgment, we can seek to understand, forgive, and grow stronger. If you can allow yourself to think of these songs as armor, by picking them up and trying them on, rather than feeling weighted the hope is that you will feel more able to take on the slings and arrows of this sometimes overwhelming existence.

We often hear from artists that being an artist can be lonely. Any advice for those looking to connect with other artists?
I’m not sure what has led to this, though I’m sure there are some who would blame the rise of smart technology and social media, I feel people are not only willing to approach others less, they are more willing to call someone out, insult them, find some fault in their interests or worldview, or simply make others feel small in order to make themselves appear big. I am completely willing to admit that this perspective could just be my experience or limited frame of reference, but it feels like people are far less willing to tell their loved ones that they care about them, that they were affected positively by their art, or that what they do is worth it. And this extends far beyond the art world or DIY music communities. I think people are awakening to the dire need for mental health services, but something is preventing us from opening up to each other before it’s too late.

My New Year’s Resolution for 2018 that has since been something of a mantra is the age-old “ask and you shall receive.” Everything I’ve ever earned, while I’m aware of just how privileged I am to be a college-educated, cis-het, white male living in Los Angeles with a wife, a job, an apartment, two cats, and a loving extended family, was from asking for things. Sure, I am told no sternly and often, but I truly believe that if you come to others with love and to borrow a phrase “shower the people you love,” you will ultimately be rewarded. I truly believe, perhaps idealistically, that if you cut yourself some slack and reach out when you are in need, you will be comforted. Please ask for help explicitly. Please know that you are worth helping. There are people who love you all around you if you are willing to see them. Help them see you.

How or where can people see your work? How can people support your work?
Our new record “Lay My Head Down” will be released on Jetsam-Flotsam Records in the Spring/Summer of 2019. We will be releasing a series of music videos over the next several months that will be featured on Facebook, Youtube, and on IGTV (Instagram) if I can wrap my mind around it. All of our music will be streamable on Spotify, Apple Music, Tidal, Bandcamp, and most anywhere else music is purchased or listened to. We will have vinyl records available through our record label Jetsam-Flotsam Records and anyone can Venmo money to @brokenfieldrun or PayPal donations/support to anthonymbucciiii@gmail.com if you feel so inclined. Merchandise will be for sale through our Bandcamp and anyone without money to spare can simply follow Broken Field Runner on Facebook, Twitter, or Instagram and share, like, or post about us to spread awareness. All I ask is that you give the music a chance and if you like it share it with anyone and everyone. 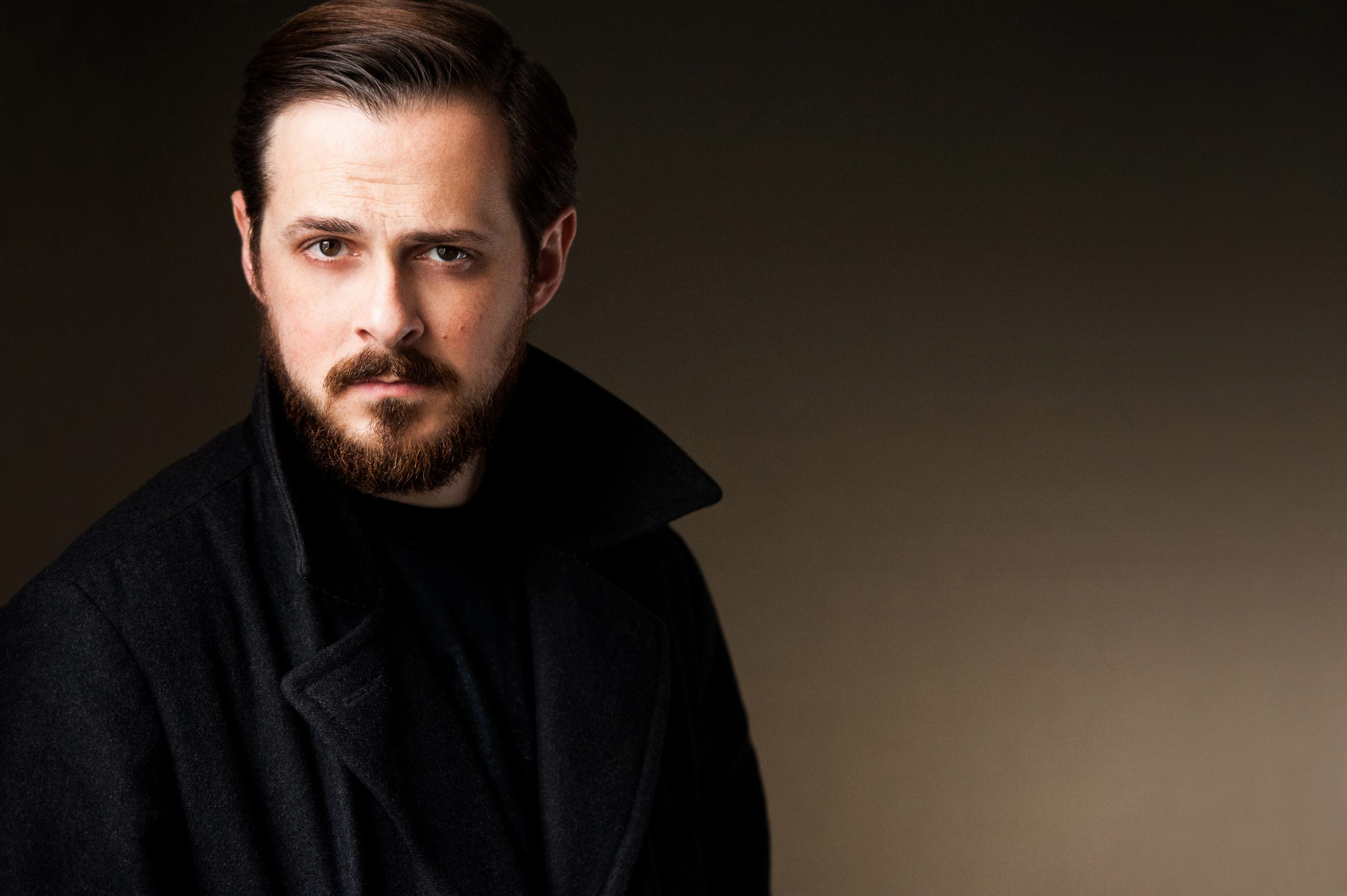 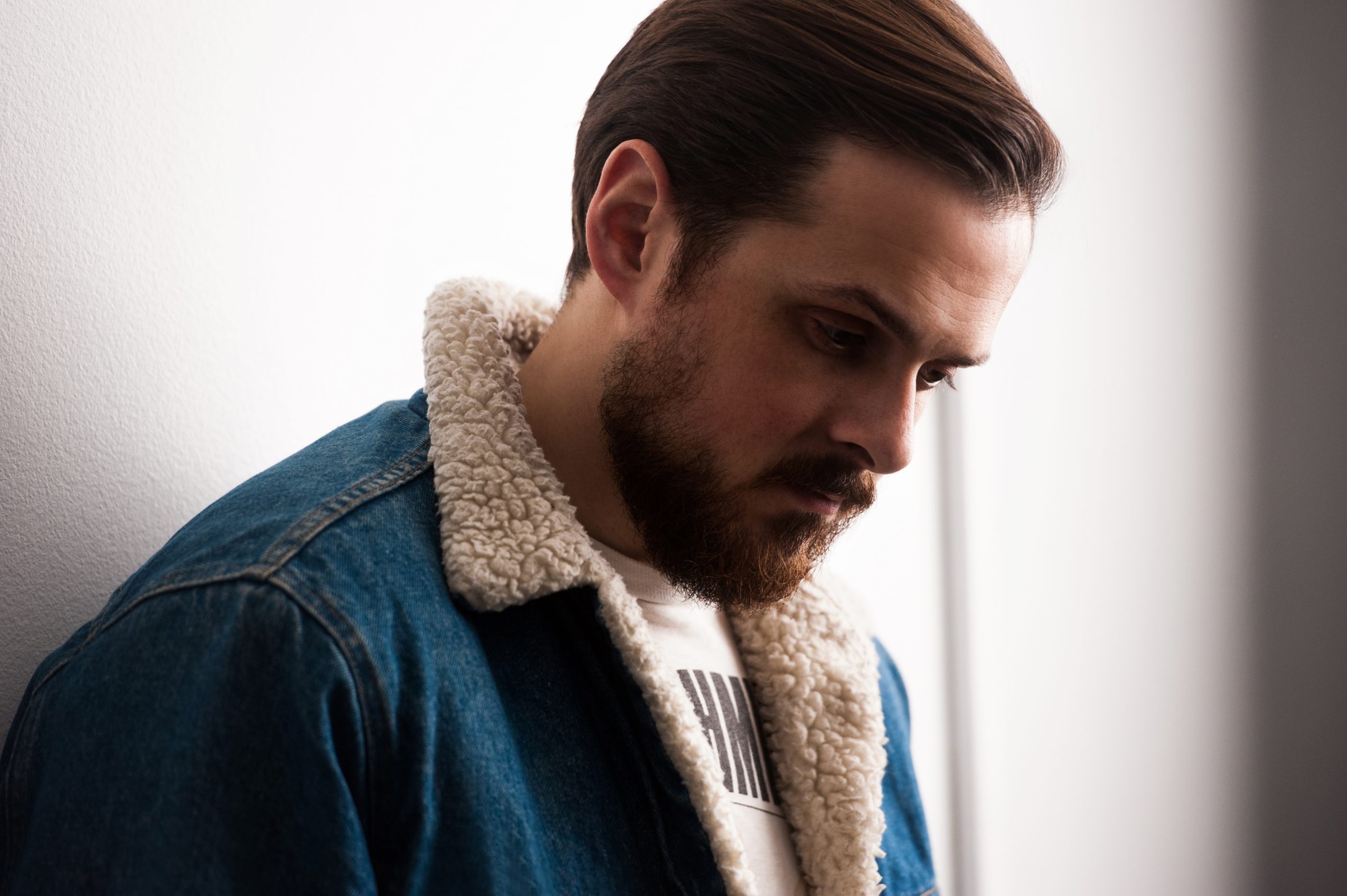 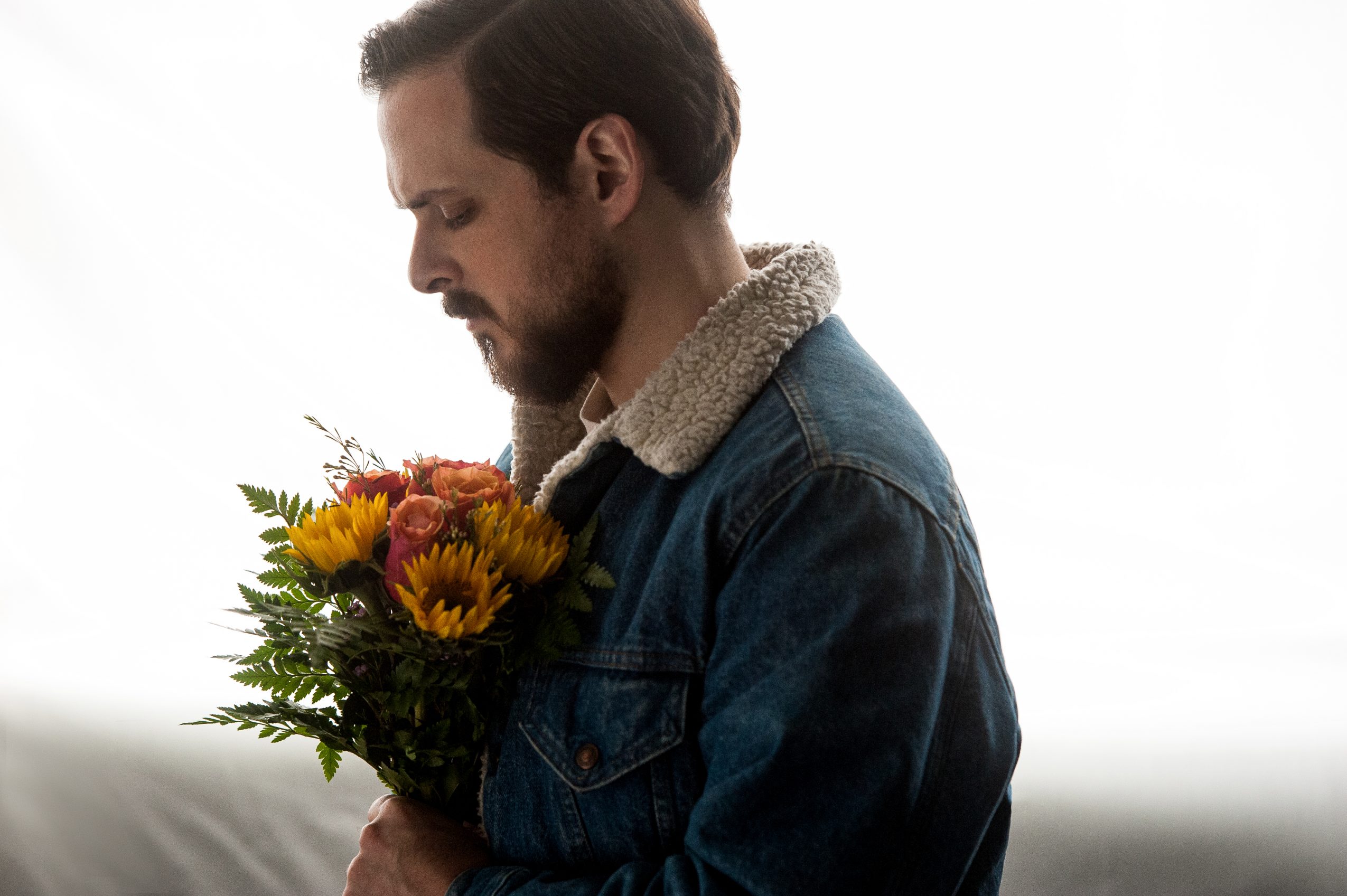 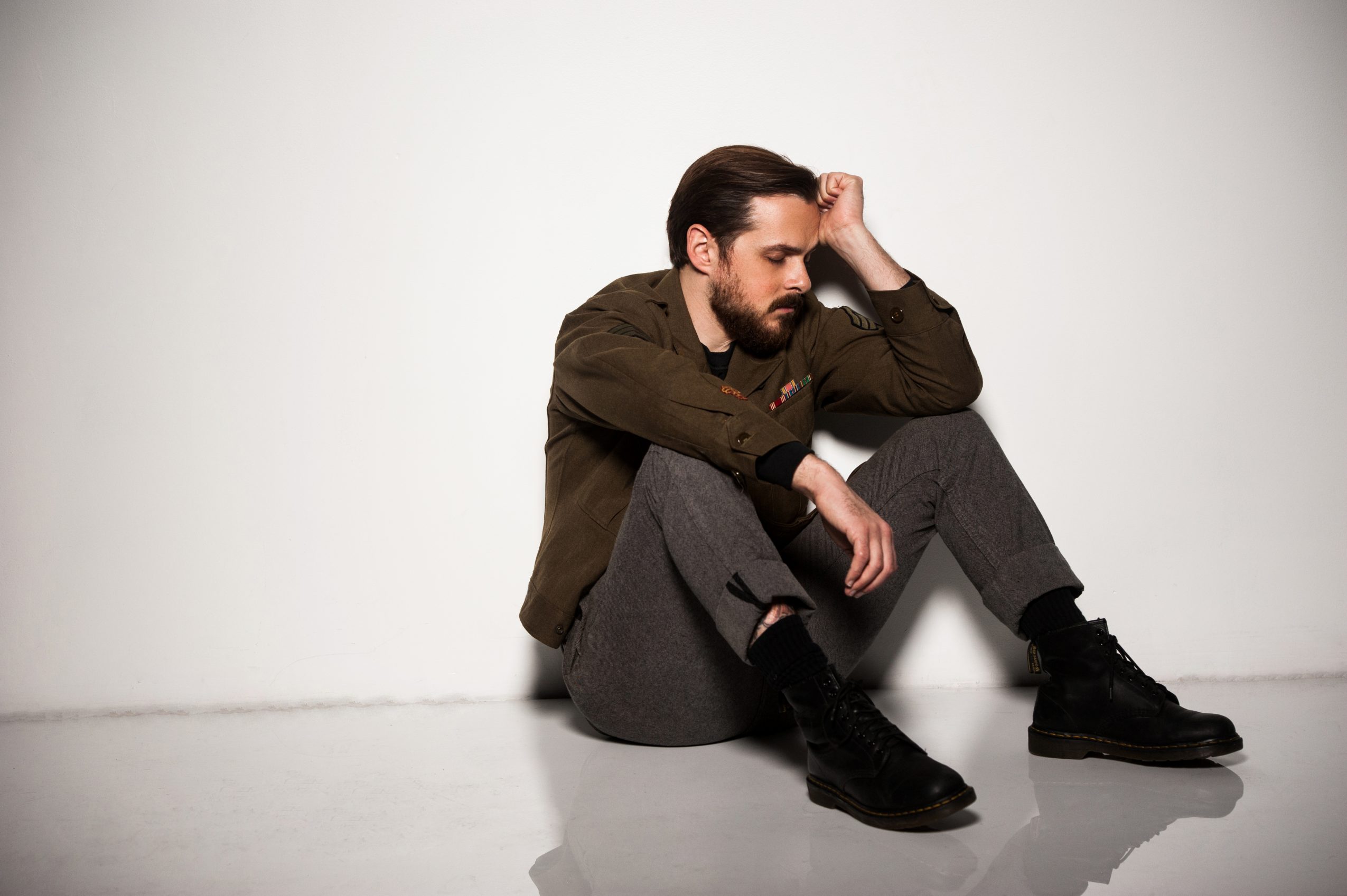 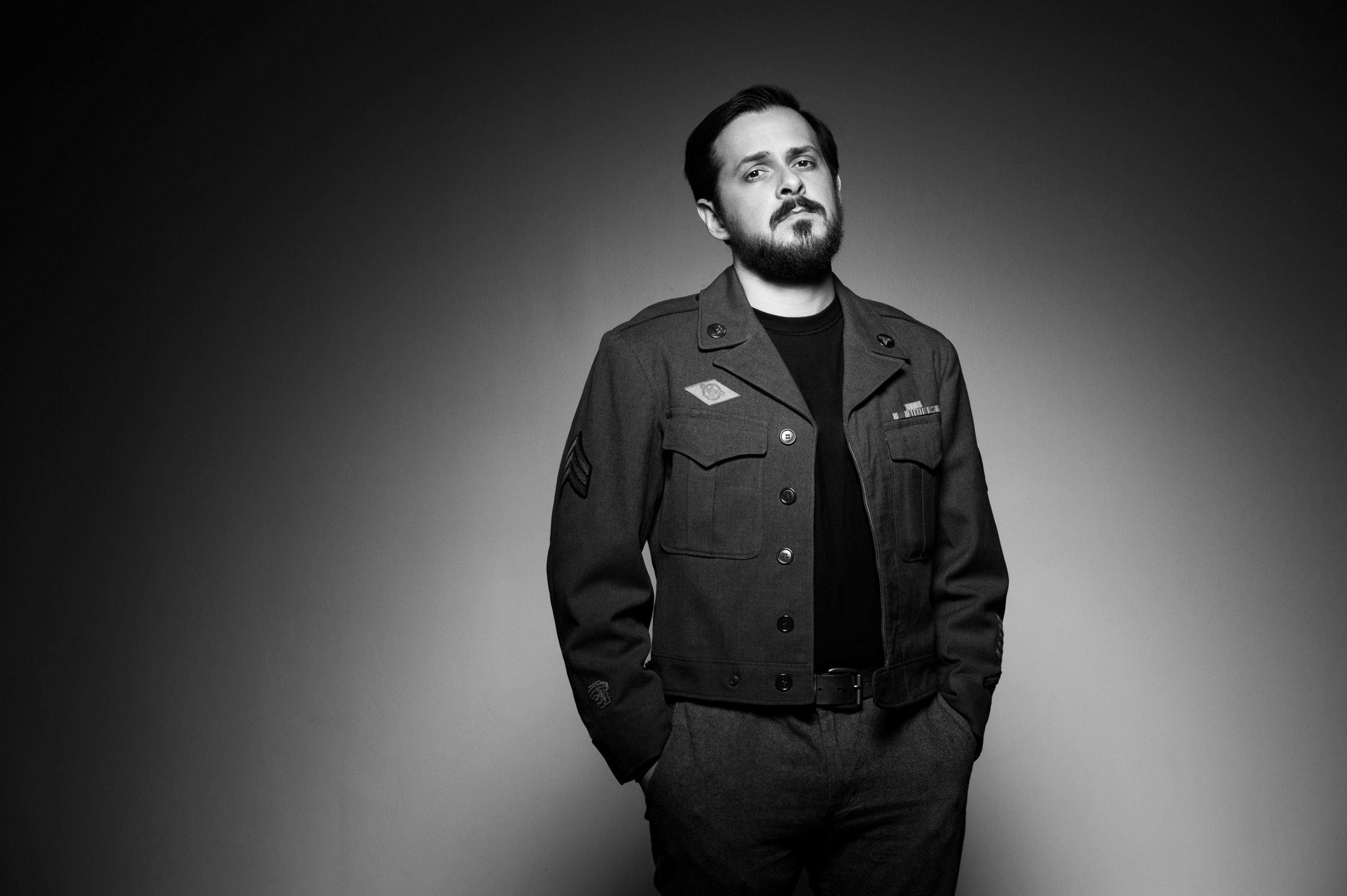 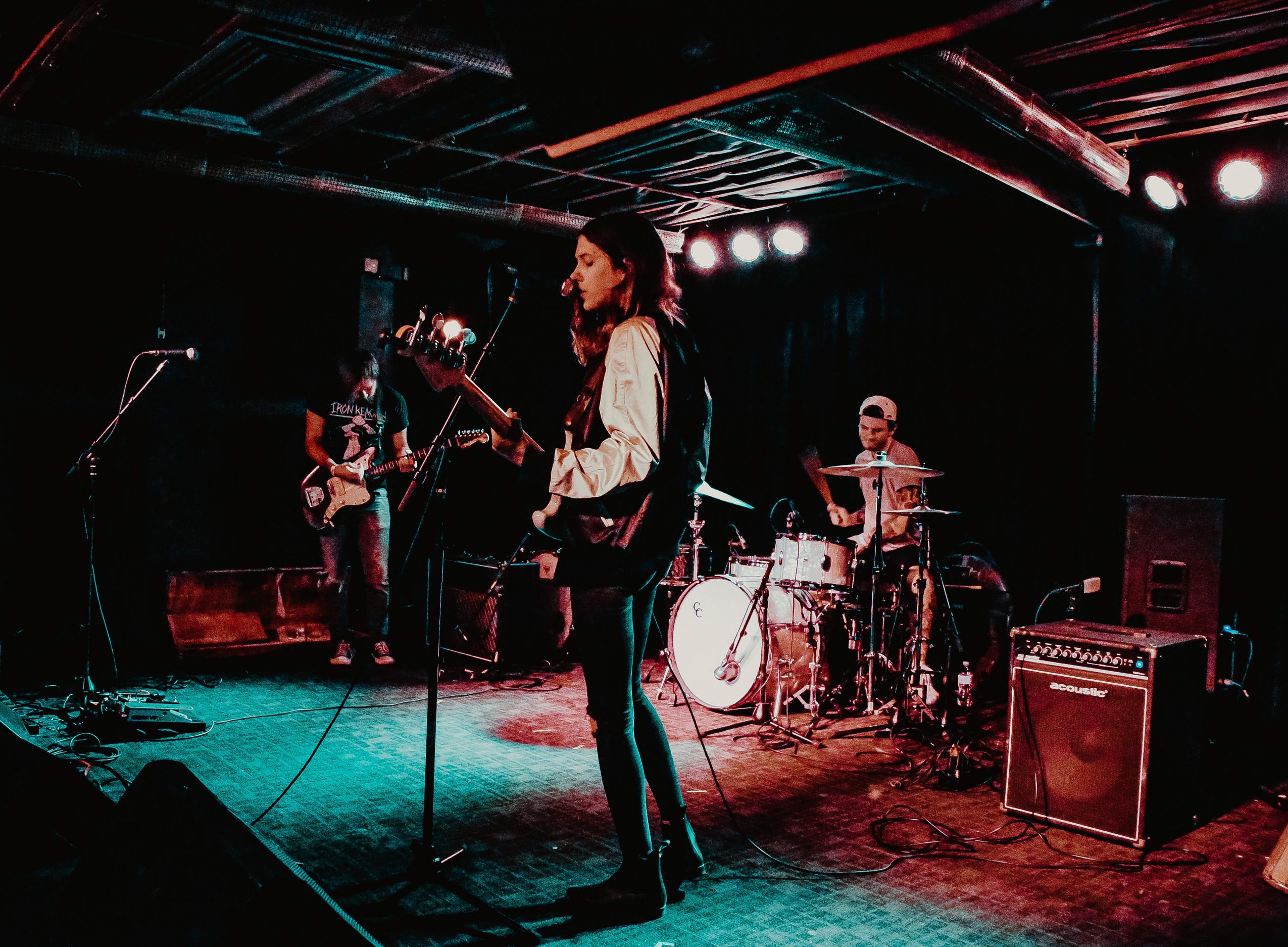