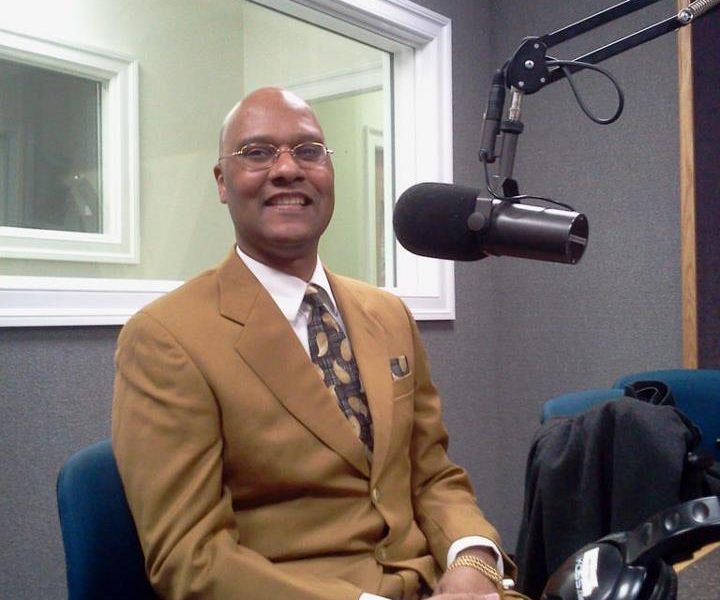 Today we’d like to introduce you to Tommy Lightfoot Garrett.

Tommy Lightfoot, can you briefly walk us through your story – how you started and how you got to where you are today.
When I was a kid growing up in Central Virginia in a farming community, I always knew that I would end up in Hollywood. I was always writing to major movie stars, politicians and celebrities, in an era when they were real stars. My godfather was actor Telly Savalas, so I had an idea what Tinseltown was about and what to expect.

I loved to read because reading made it possible to transport yourself to any place in the world you wanted to be. My dad would drive me to the library every weekend to get books, I would also check out books in primary school and just loved reading and growing. Learning about history taught me human behavior, learning geography taught me where I wanted to go and learning how other people in entertainment became successful in what I wanted to do, gave me a pathway, a road-map to how I could do it.

I never let other kids tell me that I couldn’t achieve what I wanted to achieve. I grew up in a community where everyone in the neighborhood was loving and supportive and encouraged me to reach for my dreams. From before I started school to early grades in 1-4, I never had any adult tell me that I couldn’t achieve anything that I dreamed. I credit this with giving me confidence to learn near things and courage to reach for the stars.

I grew up with my Maternal Grandmother next door and my Maternal Great-Grandmother also next door to me, so I always felt loved and safe. Most of my neighbors were retired, formerly successful in their fields and the belief that education and hard work would make everything you dream possible. You couldn’t have one without the other. Self-confidence was important, but the ability and desire to work hard were also necessary.

When other kids were playing, I was reading and dreaming and building up my confidence. By high school, I had been cast as a co-host of a late-night horror movie TV show (then independent TV station, now it’s a Fox station). I barely talked about it in school, because I was in school to learn, that was the only thing I did there. I had no similar interests with anyone else, I was always striving for Hollywood, 3,000 miles away. Summertime each year I spent in Hollywood learning and meeting new people. From the late greats like Bette Davis, Loretta Young and Barbara Stanwyck, who like my neighbors and relatives back home, taught me that I was special and could achieve anything I wanted to achieve.

I was grateful to have powerhouse TV producers like Aaron Spelling and Bill and Lee Phillip Bell as mentors, guiding me through an industry that was tough and yet they shielded me from the real dangers and pitfalls that many fell into. Most of my teachers growing up told me that I had something special and that I could achieve anything I wanted. It is so important at least in my life that there were so many adults building up my confidence and teaching me that I could achieve anything.

I found myself working in public relations, representing dozens of daytime soap opera stars and yet I found my passion in this and of all the things I’ve achieved, being a Hollywood publicist and insider was where I found the most to be proud of. Creating and building an image and watching that young actor/actress become a bigger star is a dream come true. I found the skills of building others up and encouraging them and creating a new persona very enlightening and fulfilling.

While being an entertainment publicist, I also found my own voice on screen. I created a 2-hour weekly TV series that I would tape here in Hollywood and it aired for a season for a new CBS TV affiliate back home in Virginia. The show was called “Somewhere in Time,” where I featured actors discussing a film that either they or a family member or co-star or friend appeared. From Beverly Garland to Phyllis Diller to Joan Crawford’s grandson, the son of British legend Anna Lee, who did more films with John Wayne than any other actress to STAR Magazine’s famed gossip columnist, I had everyone on my show. Including former client, actress Constance Towers, who is ‘General Hospital’s’ Helana Cassadine.

After a season I did a reality show with Ed Begley, Jr. called “Living With Ed,” I also starred in two Henry Jaglom feature films (“Queen of the Lot,” which costarred Mary Crosby (Dallas), Noah Wyle (ER) and indie actress and friend Tanna Frederick, who got me the role. I also starred in Jaglom’s ‘The M Word,’ which also starred former child star Corey Feldman and others.

But it was public relations that remained my passion. I worked with every TV studio and film studio in Hollywood at some point to promote a client or a film or show. And after being editor-in-chief of a Beverly Hills newspaper for several years, I didn’t feel like I was growing in the journalism field, so I created my own online zine – HighlightHollywood.com, also based in Beverly Hills.

For the past several years, I have been editor at that publication while still working as an entertainment publicist and promoting several major films and TV series. At this point, I have made all of my dreams come true that I thought about as a kid. I’ve even published six books, four are biographies on Hollywood icons/stars of the silver and small screens, and two novels. I’m in the process of isolating in Montecito, as I didn’t want to quarantine in Beverly Hills/LA. And working on a new novel right now.

Believing in yourself is how you make it, that and hard work. But, it’s just as important to put the right people around you, to encourage you and to believe in you. I feel like every goal I’ve reached this far has happened because so many believed in me growing up.

Has it been a smooth road?
My road was a lot more smooth than most. I had parents who made sure that I didn’t have to worry about anything or financial issues, something most people aren’t lucky enough to have.

I always knew that I could call my parents, even as an adult, so that was always important to me and always made the few stumbles in life I have had to deal with, easier. So, again, everything with the help of those who love you – is possible.

It was a bit hard to realize what I had seen my clients go through with fame would also happen to me. Once you become successful, others try to take you down. That was new to me, as I never had anyone betray me growing up. But, it only makes you a stronger and smarter person and more empathetic to others when you witness it happening.

In Hollywood, everyone watches you go up, only to find one or two who want to take you down. It’s just part of life here. But, it is a minor hassle in a world an industry that you can succeed in.

We’d love to hear more about your work and what you are currently focused on. What else should we know?
I am editor-in-chief of Highlight Hollywood, we cover entertainment news, political news and even world news. It’s an online news outlet that covers not only Hollywood but all the big stories of the day.

We have daily meetings (now virtual) since no one has been able to go into the office since spring. We talk about the biggest news stories of the day, all the while the past few years, the biggest stories tend to break outside of the time for the meetings.

I have to decide on which top stories to do, and then a reporter is given the story to work on.

In addition as an entertainment publicist, I am busy daily pitching clients and shows, reading all of the trades, gathering ratings and box office totals and promoting this news as well.

As a publicist, you are also guiding careers and setting goals, which includes working with managers of your clients to decide where they want to go next. In Hollywood, you are only as good as your last project. It’s definitely a place you don’t settle, and you cannot feel complacent or you get left behind. After decades, I find myself still setting new goals and that has to go for my clients as well. In fact, as a publicist, I have to put them first. Then my own projects.

Let’s touch on your thoughts about our city – what do you like the most and least?
We are in the hub of the Golden Triangle of Beverly Hills. What I love most about it is the elegance and the feeling that there’s always something going on. The biggest and best world fashion designers are here or have offices here on Rodeo Drive. The biggest stars are shopping here, the tourists are coming and bringing a freshness and you just never feel like you can standstill. In Hollywood, standing still is for no one. Everyone is looking for their next big gig or project. So, being in the heart of it all, you feel motivated more than anything.

What I like the least would be that you don’t have long term friendships. People move on quickly here. What have you done for me lately? If you can’t answer what you’ve done for someone lately, they are long gone and on to the next person who can help them.

You only feel the sting of it a short time. You know it’s not personal. Everyone here is growing all the time. If they need to grow with a new team around them, it’s not personal. And you have to learn to have a thick skin and not hold grudges. 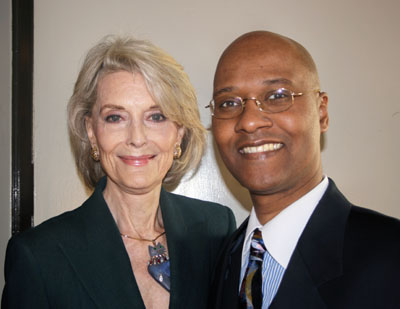 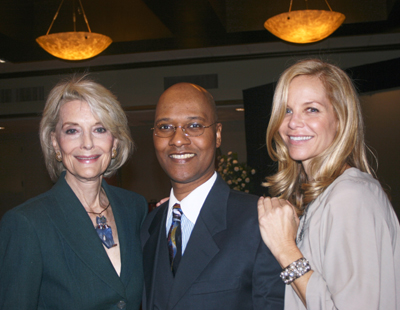 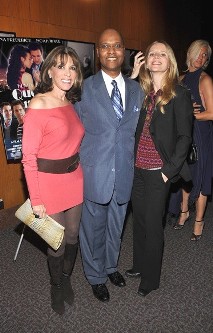 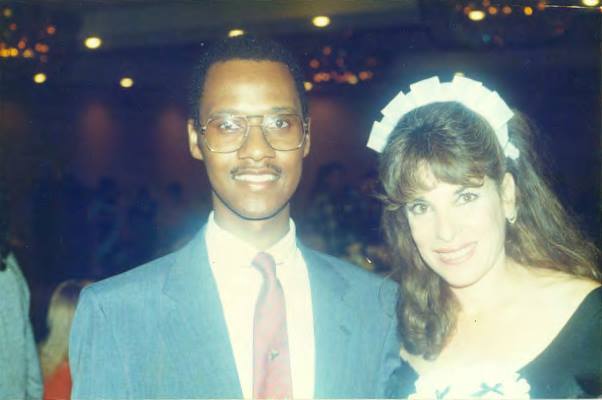 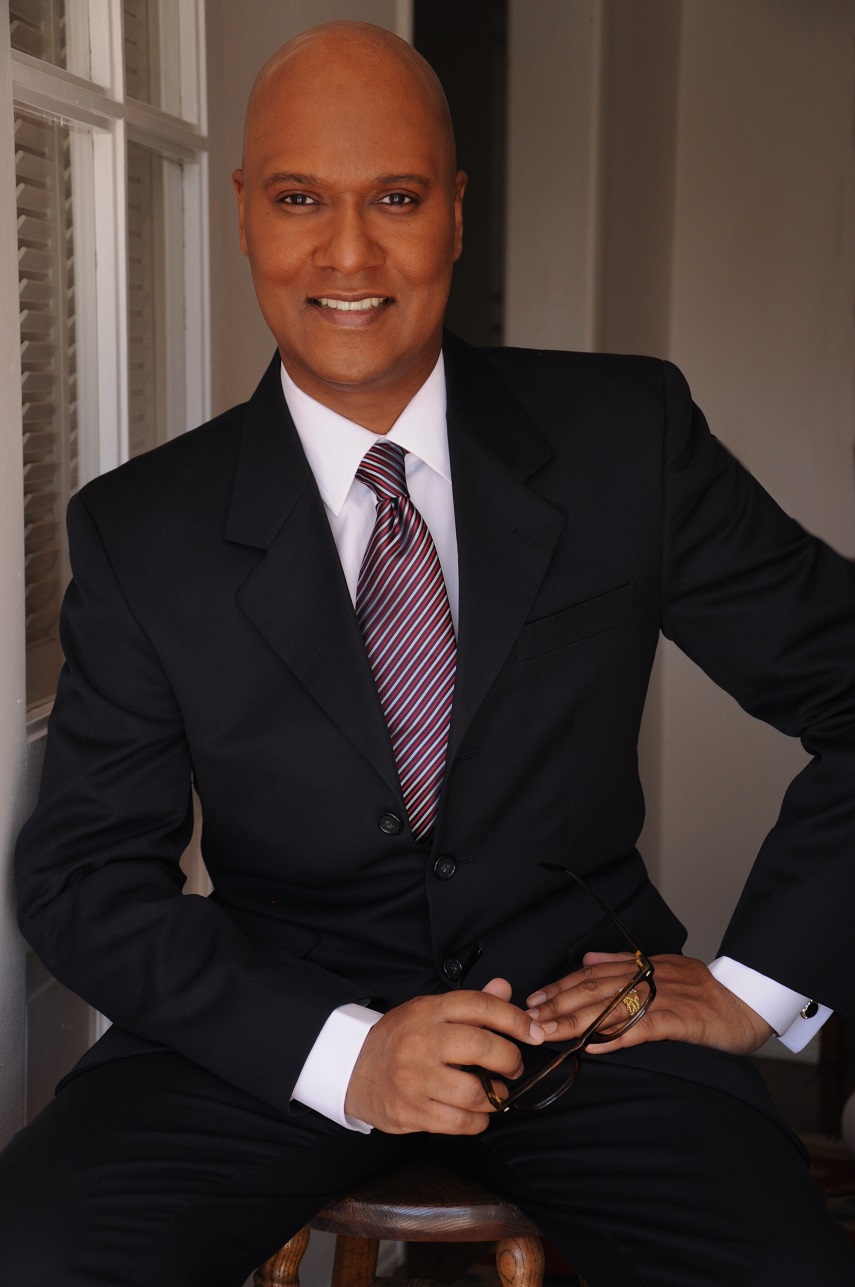 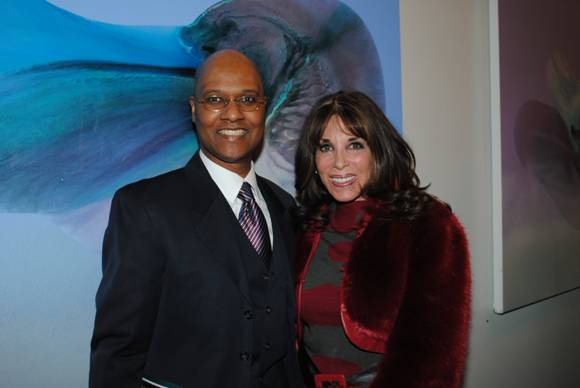 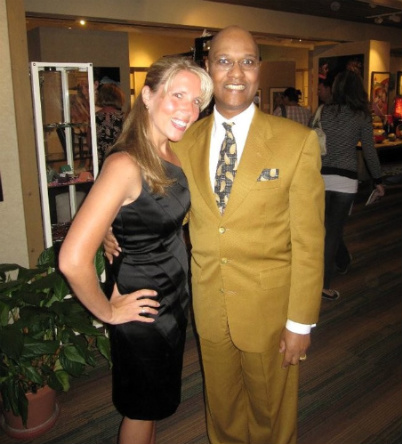 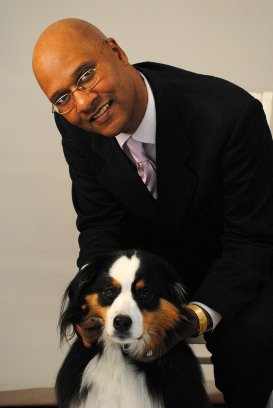 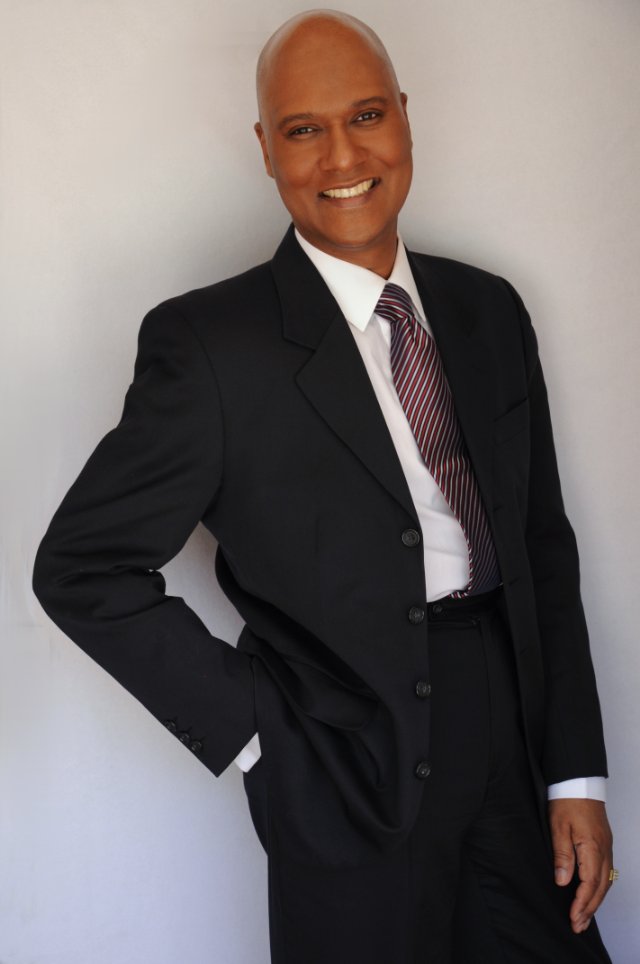 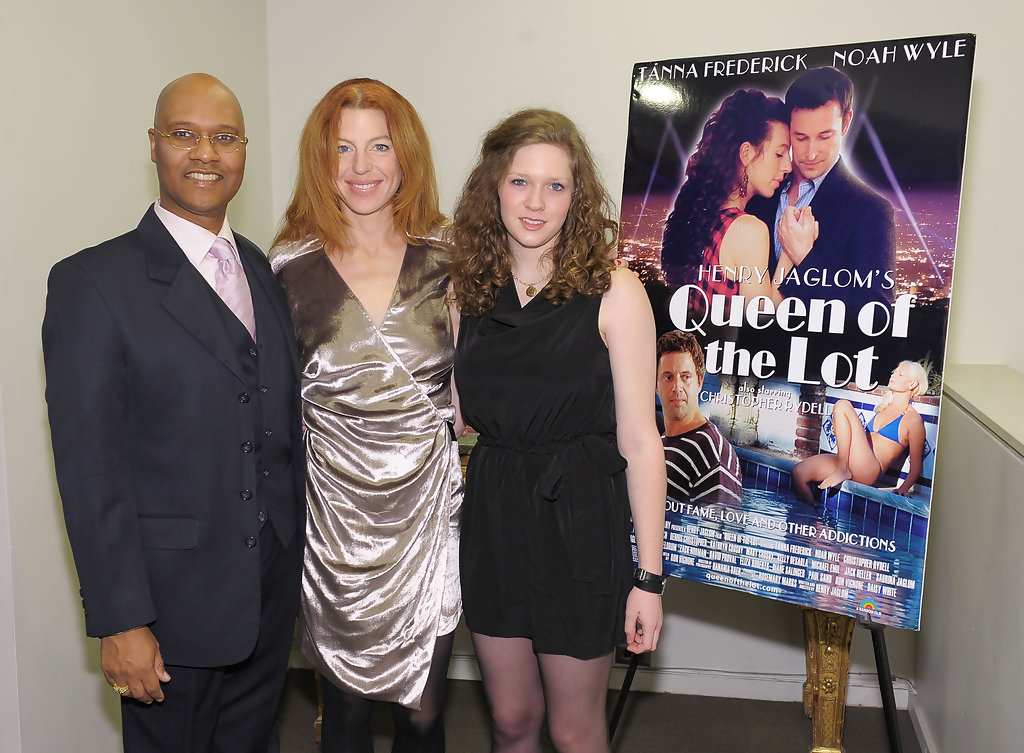 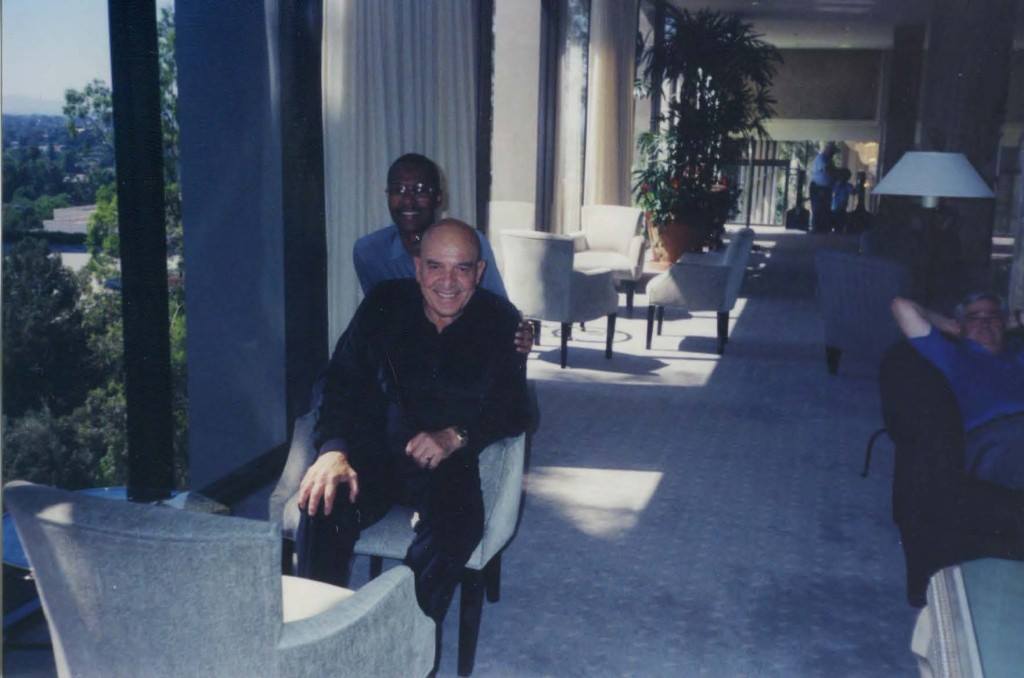 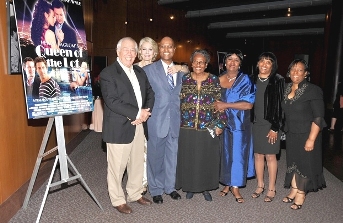 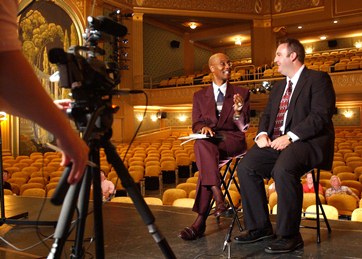 Image Credit:
The two posed professional shots are by Mara in Hollywood.