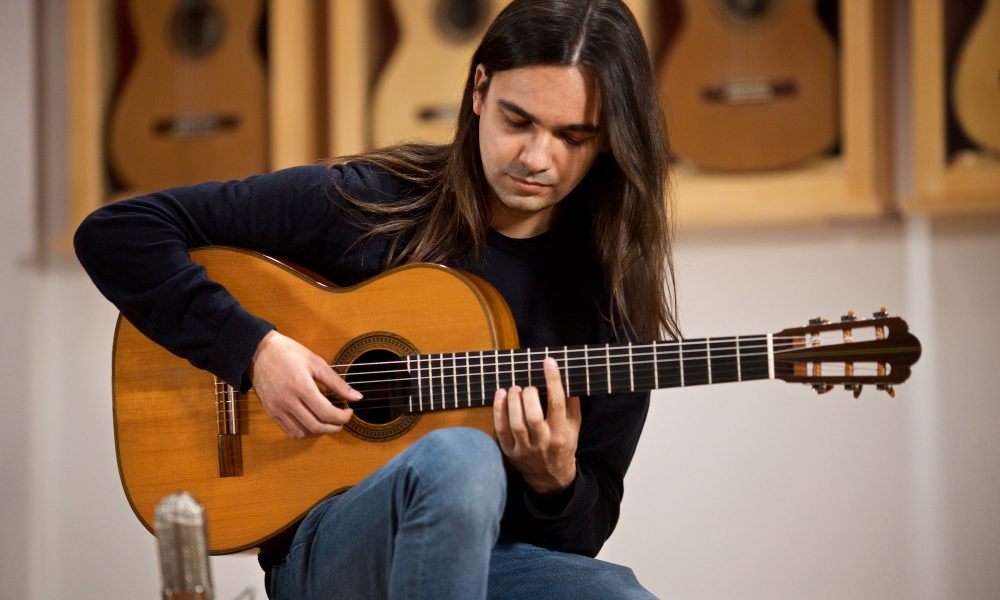 Today we’d like to introduce you to Tomasz Fechner.

So, before we jump into specific questions, why don’t you give us some details about you and your story.
I was interested in music since I was very little. In my native Poland, music channels such as MTV were very popular in the 90’s. My favorite music video from the times when I was 4 or 5 was “I Can’t Dance” by Genesis. I didn’t understand the lyrics, but I just loved the sound of the guitar in this clip. When I was seven my mom and I noticed an announcement that the local school of music was recruiting new students, I didn’t hesitate with picking an instrument – it had to be the guitar! Didn’t understand why, but the guitarist from “I Can’t Dance” video clip looked like the coolest person in the world.

I loved playing the guitar since the very beginning. I participated in many national and international guitar competitions in Poland and abroad. Every success I had motivated me to practice more and more. The guitar not only became my passion but also allowed me to meet many international friends at various classical guitar festivals in Europe.

Studying at a conservatory in Poland was a great experience. While being a student at a conservatory of music in my hometown, Poznań I met a good friend and a fellow guitarist, Michael Poll. Michael was an American student studying in Poland on a Fulbright Scholarship. We were assigned to play in a duo together for our ensemble class. It was a funny experience because Michael didn’t speak Polish and I didn’t speak English at the time. Our communication looked like something from a comedy movie. I’ve always wanted to do my postgraduate studies in Germany, therefore I was learning German. One day, Michael told me what was are the music studies like in the U.S. He told me about a dream guitar class where all my guitar heroes taught – Pepe Romero, William Kanengiser, Scott Tennant and Brian Head. Michael also told me that I should give a shoot and try to follow my dreams and study in Los Angeles! At first, it sounded like a regular conversation over a beer. I didn’t even think to follow up on that but decided to give this crazy plan a try! I decided to apply for a Fulbright Scholarship without even knowing English too well. I signed up myself for private lessons and told my teacher that I had to learn English QUICKLY! After a month or two, my English was good enough to apply for the scholarship. I felt surreal when I got it and when I got my acceptance letter to the University of Southern California.

The first two years felt absolutely great. I had a scholarship and I could focus only on practicing and studying with the best teachers. After completing my second Master’s degree at USC as a Fulbright Scholar, I decided to enroll in doctoral studies. I got in, but the funding turned out to be very limited! I could barely make the ends meet, but on my way, I met many wonderful people! I met Brittany who has been the best support anyone could imagine. She is my wonderful life partner and I wouldn’t be able to achieve all these things without her. I met people from USC Polish Music Center who hired me as a research assistant and then I also found a cataloging student job at the university’s library. I’ve learned that even though these jobs were not strictly connected with classical guitar, I’ve acquired many valuable skills there that could be applied in my major – classical guitar. Going out of my comfort zone eventually led me to volunteering at the student government, leading a student organization that represented over 400 students, and then becoming the director of finances at USC’s Graduate Student Government. Even though I was very busy, I’ve noticed that my academics and playing has improved! I felt like I had more stories to tell through my music. After one year of my doctorate the hard work paid off and I became a teaching assistant at USC what allowed pursue my studies without worrying about the finances.

When I was in Poland, I was focused only on playing. I thought that the successes would come eventually if I just keep practicing. What I learned in the United States is that every single thing that we do in life contributes to our overall success. Thanks to all these skills, I managed to find one of the best jobs I could imagine at Guitar Salon International (GSI) – the most prestigious classical guitar store in the world. At GSI, I have ideal opportunities to record and write about the most important instruments in the guitar history and the top guitars built by modern guitar makers. GSI allows me to do what I love, playing and studying classical guitar.

We’re always bombarded by how great it is to pursue your passion, etc – but we’ve spoken with enough people to know that it’s not always easy. Overall, would you say things have been easy for you?
There were many obstacles to overcome on my way. Being able to afford studying in the U.S. was probably the biggest challenge. I had savings and my parents have always been very supportive, but the reality is that because of a completely different economic status, even if my parents sold everything they had, It wouldn’t be enough to cover the cost of my doctorate.

Another thing that I’ve noticed was lack of awareness how tough it is for international students to who do not come from wealthy families to pursue good degrees. I wasn’t eligible for financial aid or for work-study awards. Finding on-campus jobs (the only ones that I could do as an international students) were very difficult!

Another difficulty was the fact that I had to go back to Poland every single summer and sublet my room. For the past six years, everything I own fits 3-4 carton boxes. Living for so long, with very little was very hard.

One time, when I came back to the U.S. after a summer break after almost 24 hours of traveling, I found out that my room was completely demolished by a different tenant.

We’d love to hear more about your work and what you are currently focused on. What else should we know?
The company that I work for, Guitar Salon International (GSI), is world’s largest dealer of high quality classical and flamenco guitars. I’ve been always very passionate about the history of guitar making. GSI has hundreds of the best instruments in their inventory. At GSI, you’ll find instruments that have a very important historical value, such as instruments made by the top 19th/20th century luthiers, as well as the top modern instruments built by contemporary makers from various countries.

Working at such store is quite different than working in a regular store. Many customers who are interested in these guitars are already great experts, and it is very important do a thorough research and really get to know guitars in order to write about them. My favorite part is playing these guitars and recording on them. GSI publishes recordings on their YouTube channel. At the moment, I have over 30 GSI videos of my performances.

GSI also has a foundation that provides funding for music education in public schools in the Los Angeles area. This is definitely the most rewarding aspect of my job. I love helping others, and seeing children having a lot of fun playing guitars in public schools is the biggest reward for me.

Has luck played a meaningful role in your life and business?
I try not to count on luck. I don’t think I’ve been having either bad or good luck. To me, it feels like I had to work really hard in order to have even small successes. One guitar professors in Poland told me once “If you have a success, enjoy it and be happy about it for as short as possible, if you fail, learn from your mistakes and worry for as short as possible”. Following this rule, helps me in the moments when I feel either lucky or unlucky.

What I’m very thankful though, are the wonderful people who are in my life and who I work with. 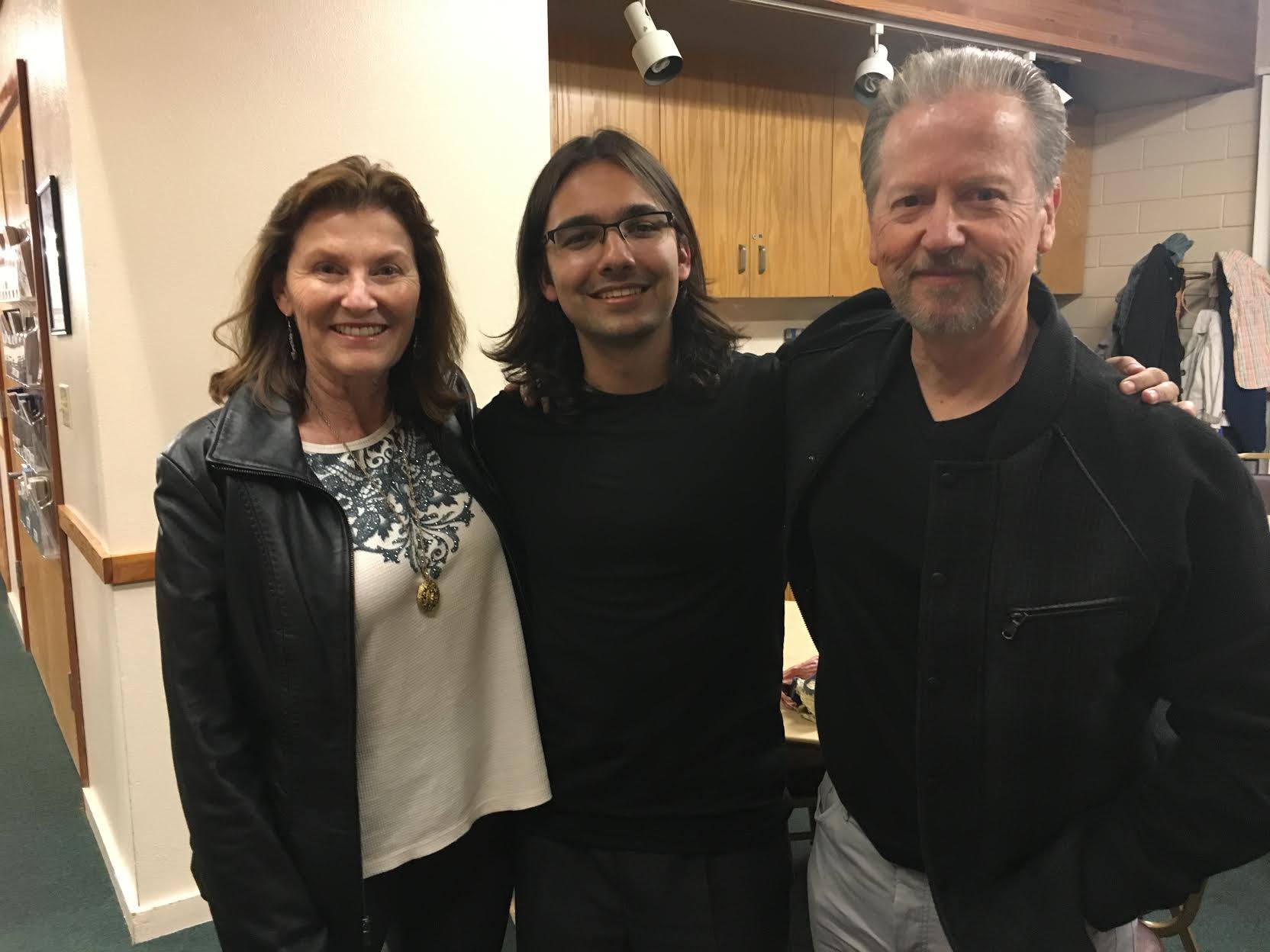 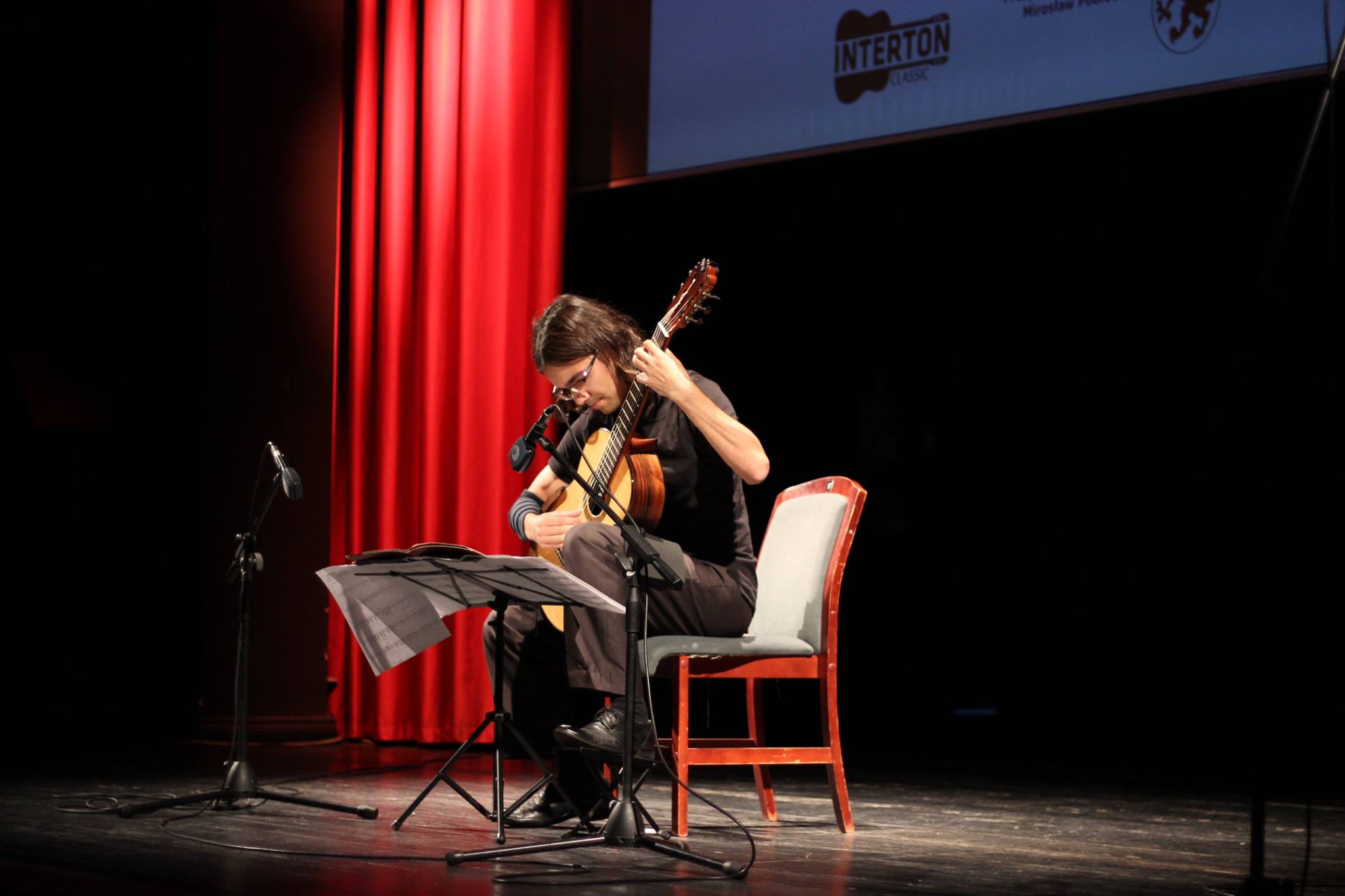 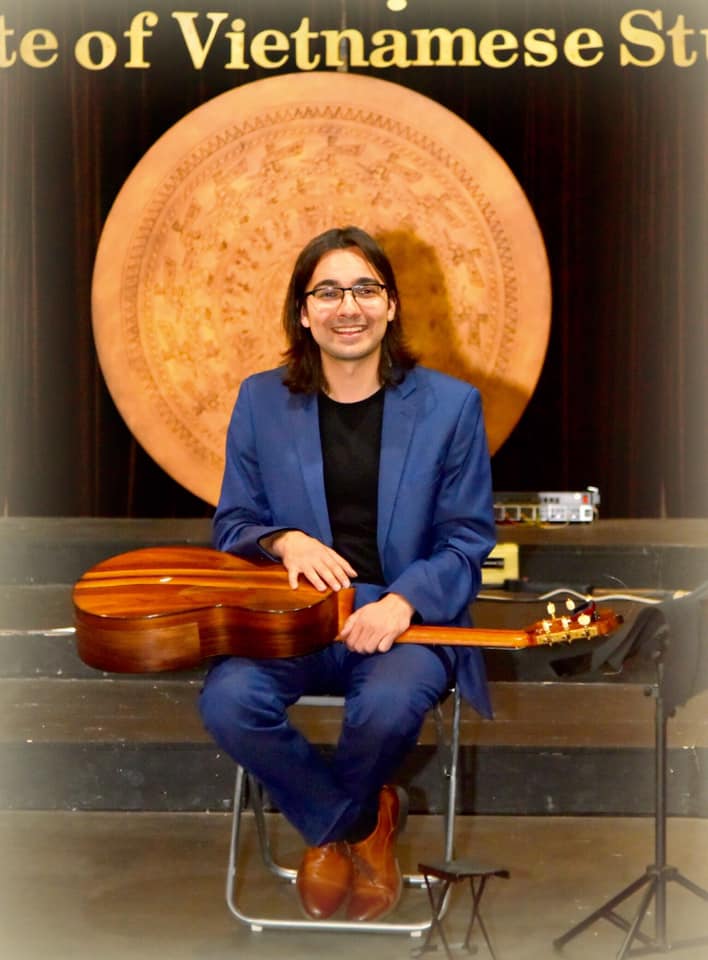 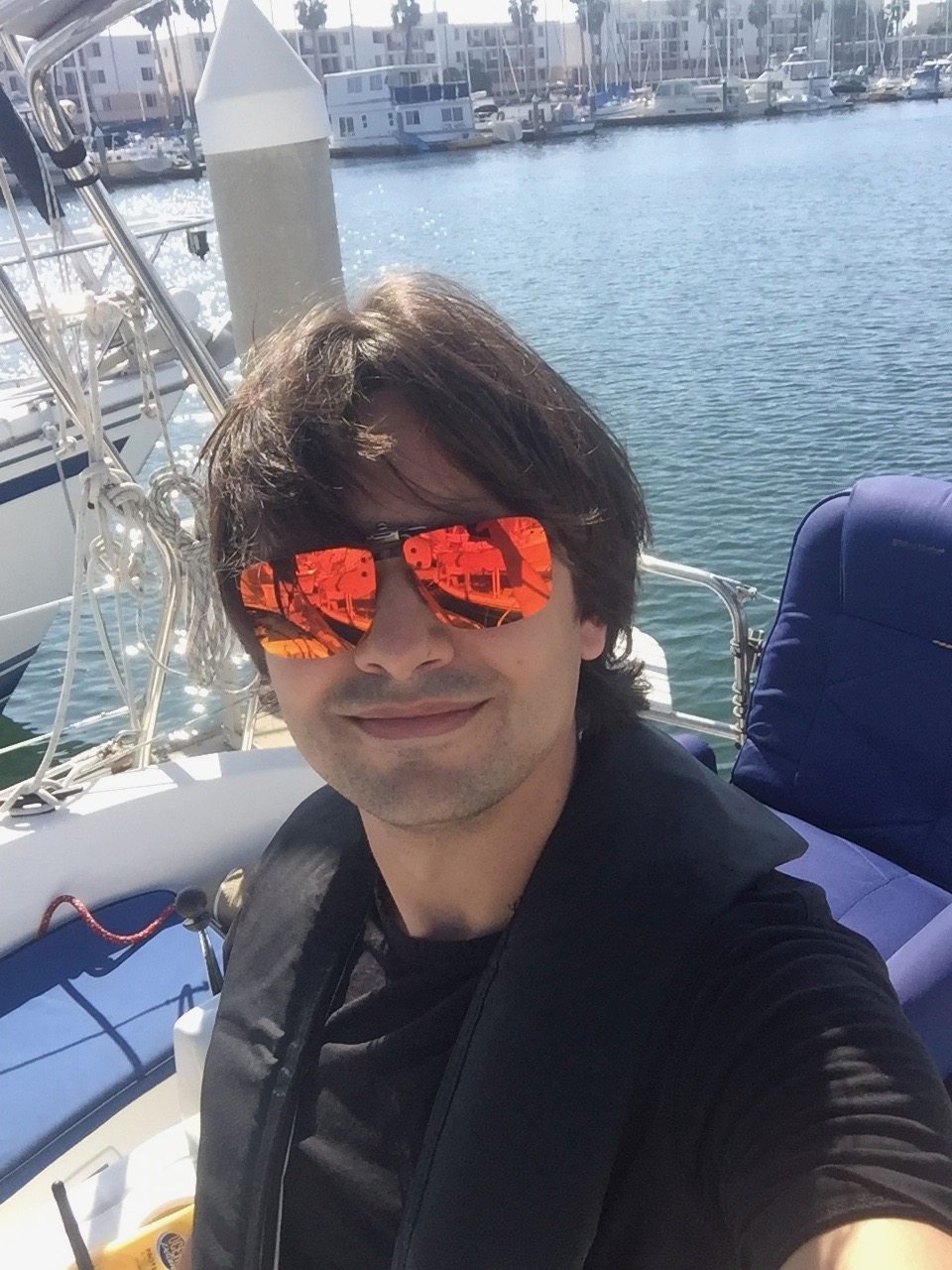 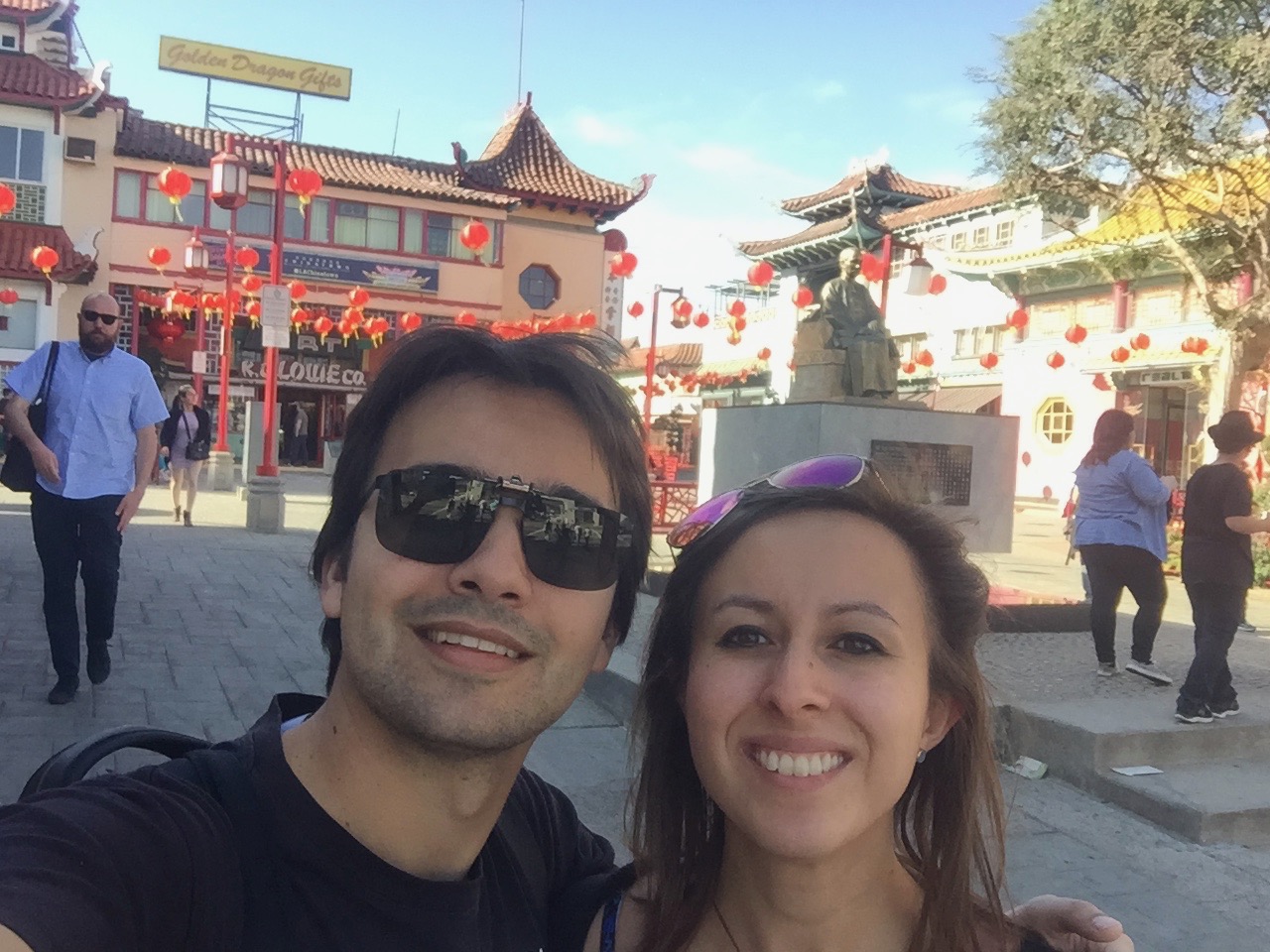