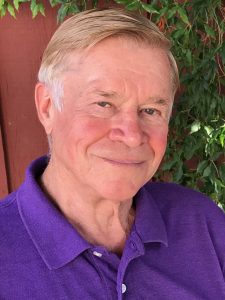 Today we’d like to introduce you to Tom Scott.

Tom, please share your story with us. How did you get to where you are today?
In the second grade, I was cast as a pixie in an operetta in our small-town grade school in rural Kansas. There were five other farm boys cast as pixies, and it quickly was evident to the director that there was a serious challenge getting 7-year-old farm boys to behave, letalone perform! Miss Detter took me aside and told me that I was the lead pixie and it was my job to get us on stage on cue. I took my role seriously, and I’ve been the lead pixie ever since!

Many shows followed throughout high school and college where I earned a master’s degree in Mathematics with minors in Physics and Chemistry and embarked on a career in the computer industry which included 20 years working internationally with travel worldwide and residencies in Belgium, Canada, and my most foreign assignment, living briefly in New Jersey! One of the German companies I worked with wanted to open an office in California, and I accepted that responsibility which brought me to Orange County in 1985, and that’s been home ever since.

Camino Real Playhouse had its inception in the living room of our house in 1989, although it was a couple of years later that we came up with that name. We had no theatre building at that time, so we filed for the non-profit 501.c.3 status as South Orange County Community Theatre and began doing reader’s theatre in clubhouses, homes, libraries, bookstores — anyplace we could find for free — and began collecting names and addresses of like-minded people.

This is the second theatre my wife, BJ Scott and I have founded, and probably the 10th group where I have been an active participant as officer, director, actor, set build, tech person, etc. BJ retired for health reasons from active participation in the operation in 2003. Our search for a facility was rewarded by a receptive City Council in San Juan Capistrano. They had acquired a large office building under the auspices of the now-closed state-sponsored Redevelopment Agency with the intention of razing it, incorporating adjoining land, and developing a downtown center with shops and other amenities.

That hadn’t happened and the “Old Pacific Bell Building” had begun deteriorating as it sat unused for years. Yes, we could use it, but we had to accept 100% responsibility for all maintenance, building renovation inside and out, obtaining and installing all the theatre equipment and creating a performing arts center. We had some basic lighting and platforms from our first shows, Shakespeare by the Sea. We borrowed some folding chairs, found and repaired some bentwood chairs that had been discarded in the back of the building, and did our first show in what is now Camino Real Playhouse in the spring of 1992.

Our volunteer team was growing, and we began cleaning and painting in preparation for our first full season beginning in September in our own building. Over the years, we have established a Mainstage season of six shows with a Christmas show, an internationally recognized playwriting festival, ShowOff!, and an annual melodrama performed in conjunction with the Swallow’s Days festivities in March of each year. We have an active second stage ‘black box’ which lets us do more cutting edge works as well as special events and hosts a monthly Standup Comedy show.

Has it been a smooth road? If not, what were some of the struggles along the way?
It has been a relatively smooth road from the beginning because of the dedication and talent of our volunteers. Individual members of that team have changed over the years, but the persistence and consistency each one brings to the production has made it all work smoothly. There is a huge bump in the road coming up in the next couple of years.

With the dissolution by the State of the Redevelopment Agency, the City was required to sell the Camino Real Playhouse property. The building was linked with adjoining property and sold to Frontier Development with the understanding that there will be a much-needed 250 space parking structure built underground, a series of tasteful shops and offices with open space on the surface, and a 250-300 seat Capistrano Center for the Performing Arts facility with a 100 seat Black Box incorporated in the project!

We will continue in the existing building until the bulldozers arrive and then function as a ‘nomad theatre troupe’ performing in various location throughout the area until our new home is available. We look forward to using this ‘bump’ as a jumping off point for even bigger and better productions for our community.

Alright – so let’s talk business. Tell us about Camino Real Playhouse – what should we know?
Our mission is to provide performing arts for Capistrano Valley. This includes comedies and drama, musicals, new works, and classes in performing arts for youth and adults. We also provide a venue for other groups to bring their talent to our facility. We are especially proud to be ‘family’ for all of our volunteers and actors.

Is there a characteristic or quality that you feel is essential to success?
Camino Real Playhouse is known for exceptional quality and professionalism in every aspect of each production. This excellence is achieved by the talented team of volunteers who consistently deliver the best in their respective areas of responsibility.

Beverly Blake has been a key player for the last 16 years in the theatre’s success with her outstanding artwork for publicity, set design and scenic art for each production, and consistent attention to details in each aspect of the show as Executive Producer.

Gary McCarver has been on board for about the same amount of time an actor, director, webmaster, and most importantly as the playwright for most of the annual San Juan Historical Melodramas. Because of our willingness to take chances on new works, we have many playwrights whose works are first performed with us and then published for others.

Our group is an active part of the community including the Chamber of Commerce, the Fiesta Association, and ready support to other theatre groups, schools, and non-profits. The backbone of our success is the excellent team of volunteers available to help on all aspects of performing arts. 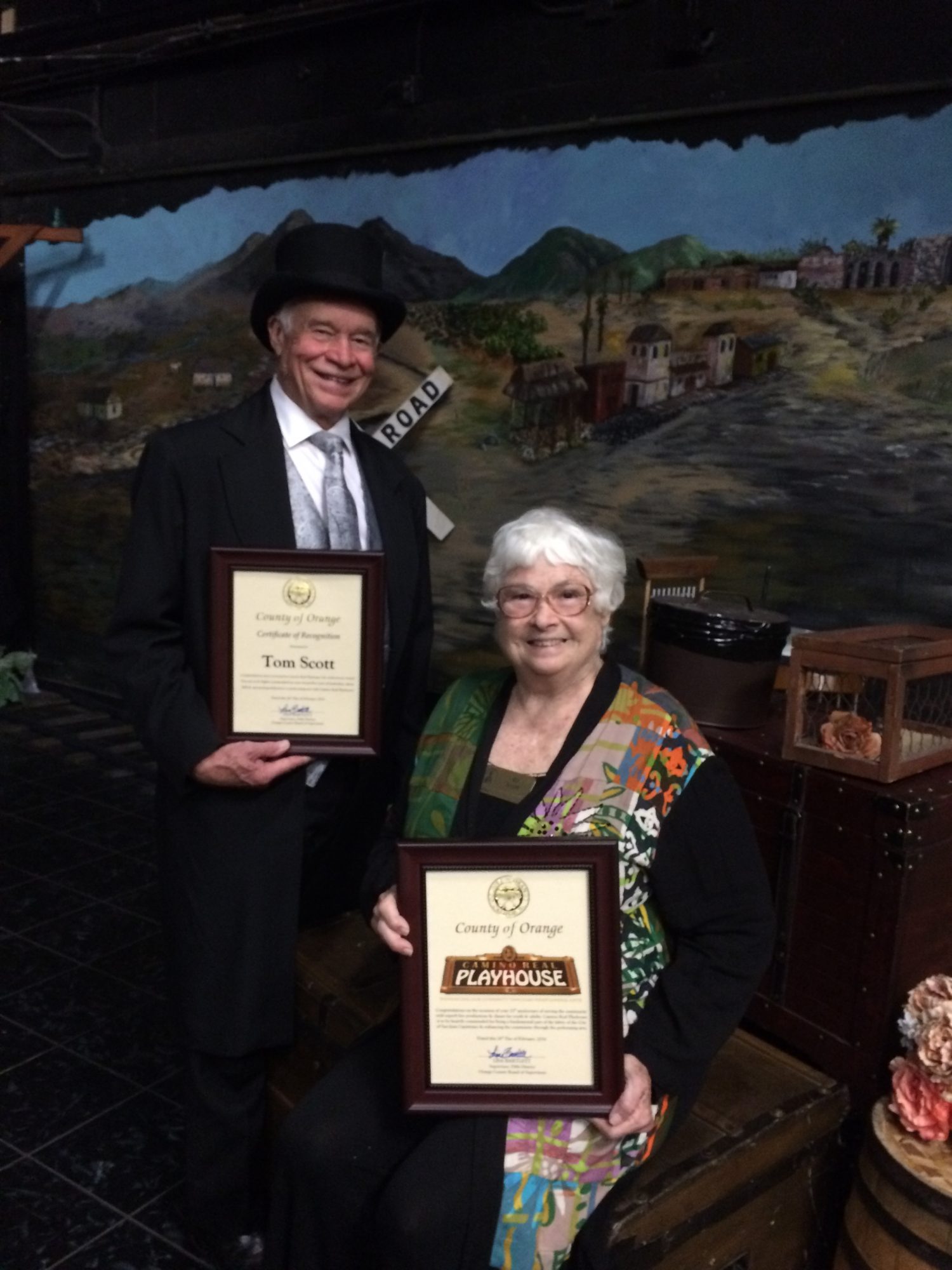 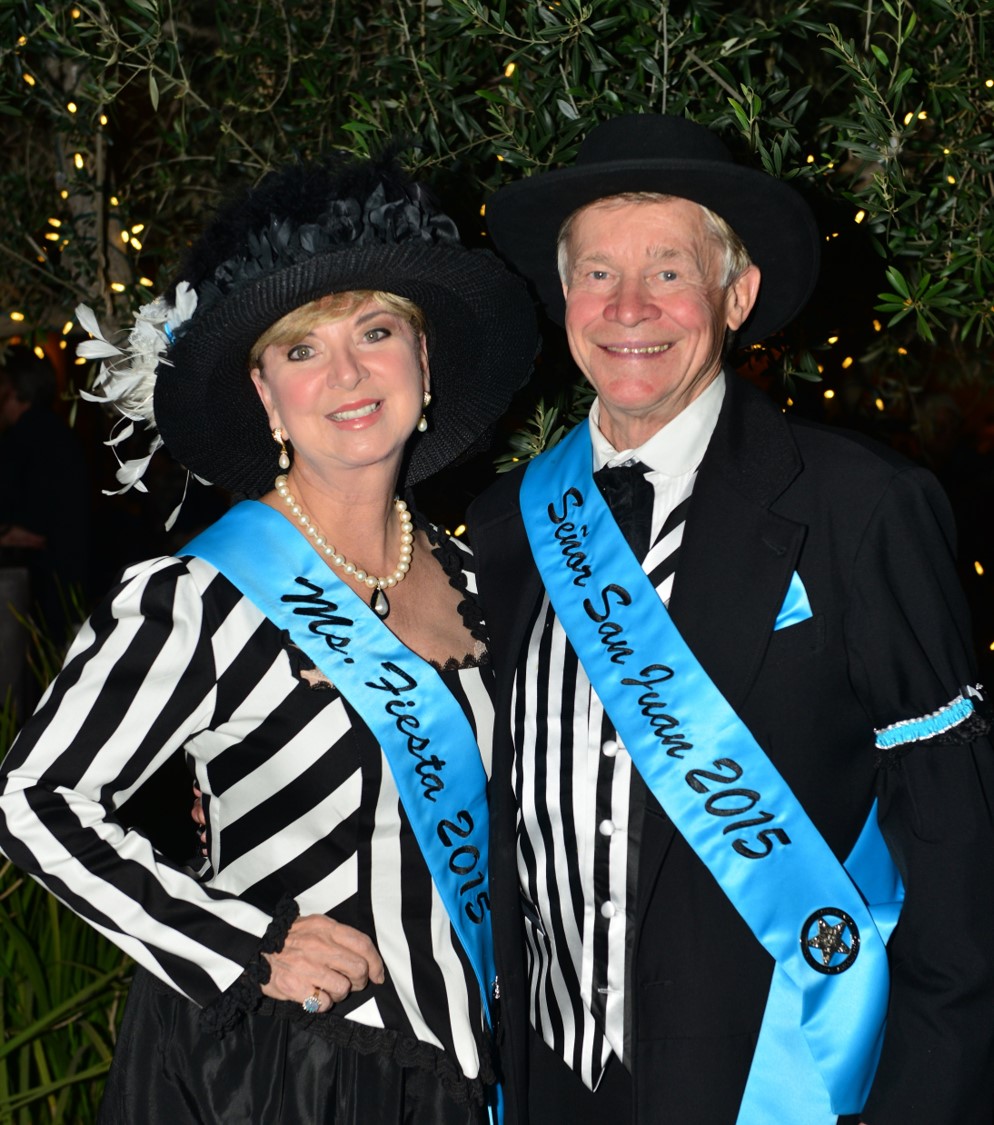 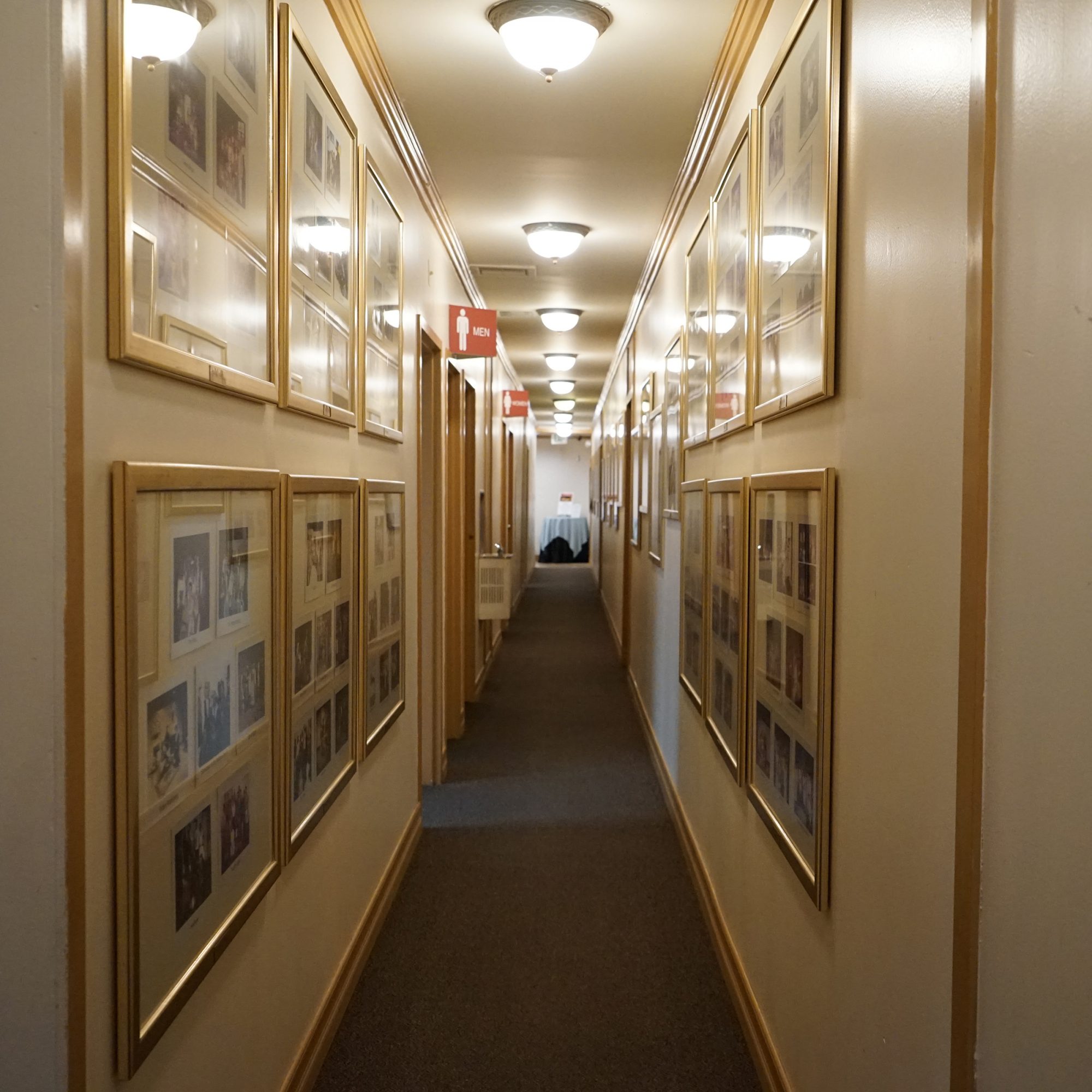 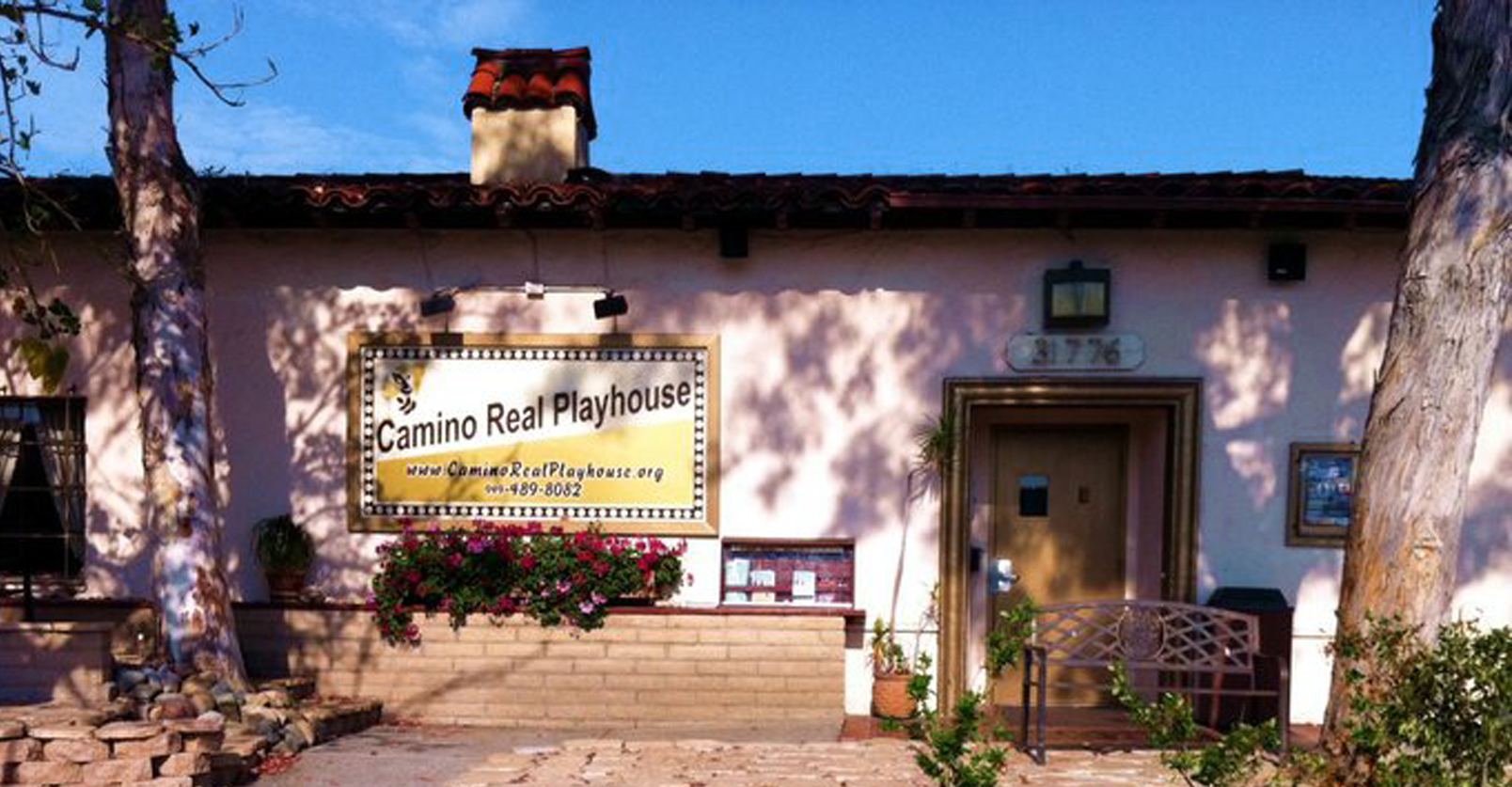 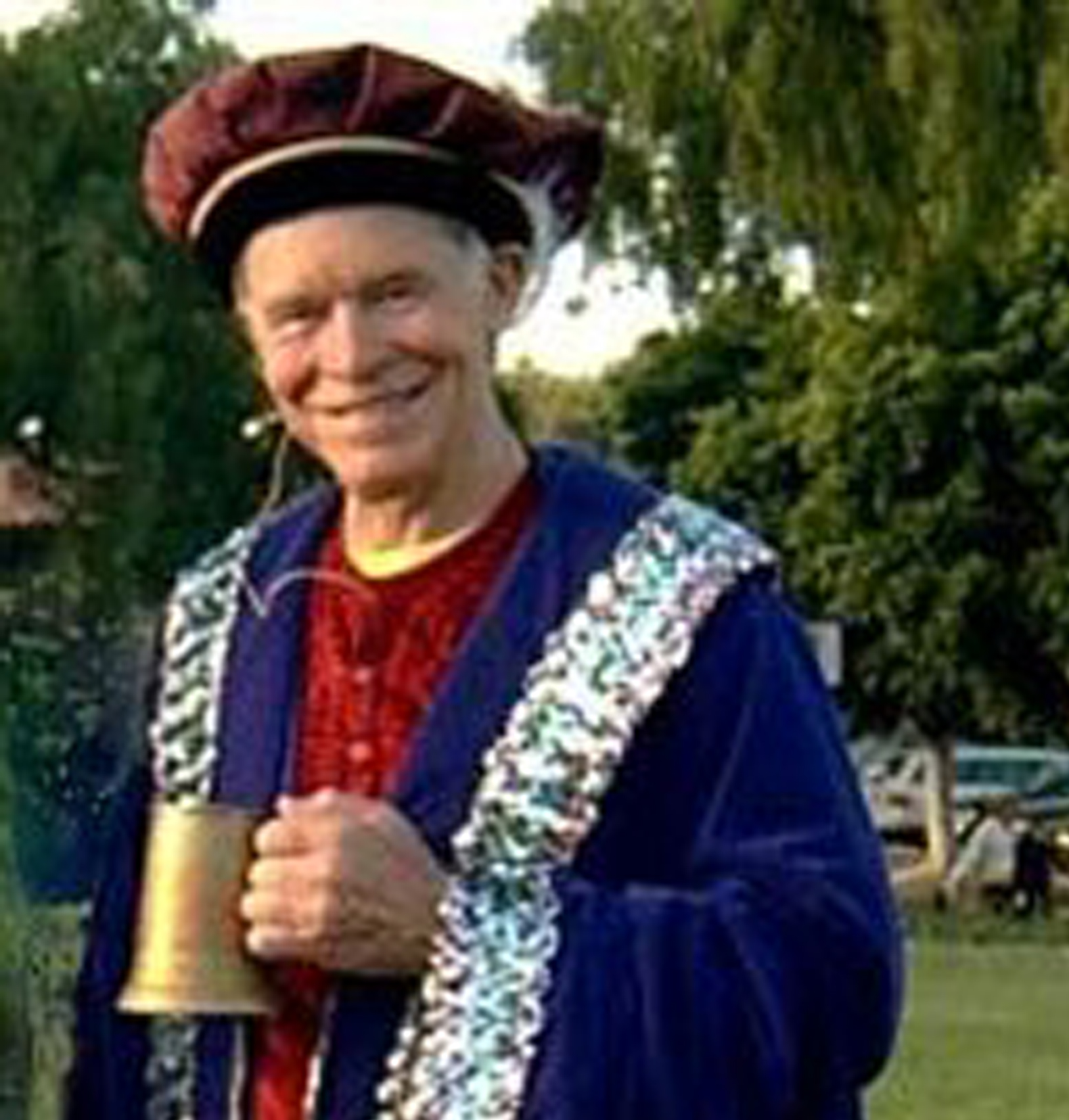 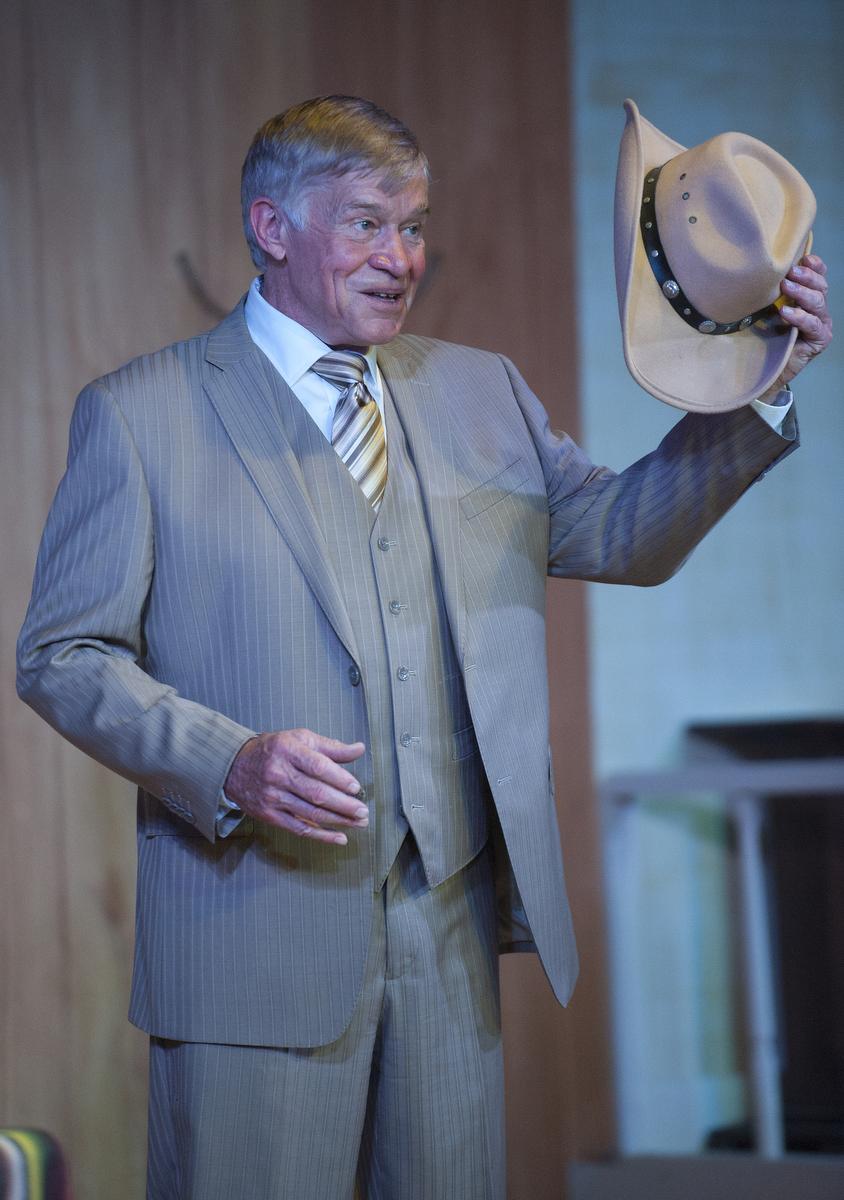