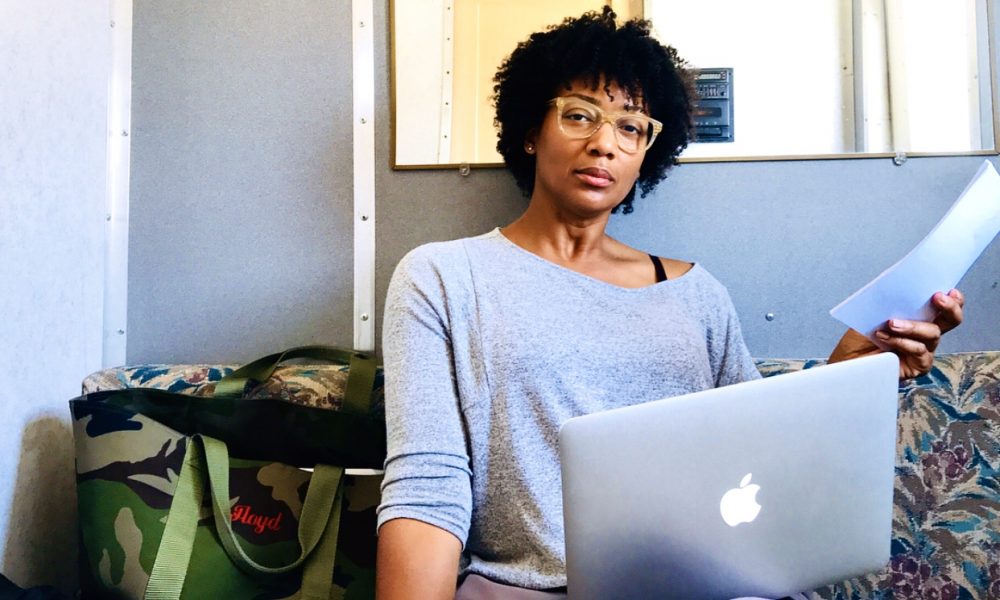 Today we’d like to introduce you to Tiwana Floyd.

Thanks for sharing your story with us Tiwana. So, let’s start at the beginning and we can move on from there.
The birth of Hip-Hop caused NYC kids to declare a Hip-Hop discipline swiftly. I chose dance, pop-locking, and break dancing, which evolved into a dance major at a magnet high school and later a B-girl in NYC clubs, the chick who’d be in the dance circles battling the boys.

When the ’90s ushered in the golden era of Hip Hop, my homegirl got word about a music video audition for LL Cool J, so few a of us went. It hadn’t occurred to me that I could book the job, but after hours of auditioning and many cuts, they booked several of us for “Around The Way Girl,” which was honorable to me because I was the girl LL paid homage.

It’s laughable now, but they only paid us $50 for three rehearsal days and a 12+ hour shoot day. I didn’t know any better; I was excited. It was my first gig and the first devaluation of my worth as an artist.

I continued booking more music videos, landed a regular spot on MTV’s “The Grind” for several years. I’d say my most rewarding moment of that time was dancing on the closing credits of the highly coveted Def Comedy Jam. Mostly for street cred, all of the jobs for street dancers paid a pittance, if anything at all. It was about exposure to get the next gig.

For a brief time, I had a manager, thanks to her, I booked my first international commercial for L’Oreal. Shout Out to Tracy ‘Twinkie’ Byrd. That commercial was a game-changer, a departure from the music video world. They treated us with respect and paid us handsomely. Shortly after that, I began to lose interest in the music video scene as it became demoralizing towards the female dancers. Earning a living and holding high values didn’t go hand-in-hand. I shifted my focus to the craft of acting. Real talk, I thought it would be easier than dancing. I quickly learned it was equally as hard.

In 2001, I began my study of the Meisner technique in NYC and still haven’t stopped training. I have an investigative mind, culling scripts for clues into a character’s psyche is equally as gratifying as learning a choreographed dance routine. Having a dance background gives me access to my body and presence, which is a significant component for an actor to live authentically in the life of a character.

I was fortunate to have a Meisner teacher who brought in a career coach for those of us who were interested. I was open to employing a career coach for acting. I didn’t know the first thing on how to become a working actor, and I didn’t want to waste time, energy, or money doing so alone.

Using the tactics of my career coach, Shout Out to Janice Hoffman in NYC, I moved to Los Angeles in 2005, armed with a two-year actionable business plan. Being stuck in a full-time job didn’t appeal to me; I wanted the freedom to be a full-time actor in LA, and I knew tv commercials were the first area of focus. I sought out the significant agencies, casting directors, and teachers, I signed with my first agent and began auditioning. In 2007, I quit my full-time job on faith, worked weekends only, and booked my first union national commercial.

In my 15 years in LA, I’ve booked over 30+ national commercials, sixteen television roles, received the 2019 NBC Universal Second City Hollywood Bob Curry Fellowship, graduated The Second City Hollywood Conservatory and Directing programs. March 2020 marks eight years as a first soprano in the Agape International Choir. I also teach the Business of Acting to actors privately and at exceptional acting schools and will be launching effective programs for actors under my new company Acting Lessons Learned.

And let’s be clear, I’m a Bronx girl, Hip-Hop culture informed my life, it raised me, it taught me to be fierce, bold and unapologetic. I left the music video scene, but I’ll never leave Hip-Hop.

Has it been a smooth road?
Stepping out on faith and becoming a full-time artist—deprogramming all of the societal norms that were ingrained in me since I began to form thoughts—harnessing the entrepreneurial mindset while defragmenting out of “The Matrix” will cause many challenges along the way.

After booking my first national commercial, I’d receive lofty residual checks every week for months. One of the reasons for quitting my full-time job was the low pay. I had to supplement my income with a second job and my credit cards. I used the residual income of that commercial to pay my debt and pay my monthly bills. It hadn’t occurred to me that the expiry date would come so soon, and the residuals would end abruptly. Add to that three unexpected events sent me into a financial crisis. The Writer’s Strike, the SAG-AFTRA Stalemate, and the Economy crash of 2008. Respect for the unions. #Unionstrong!

There was no industry happening at this time, especially for a developing actress. I had to return to the workforce, feeling grateful that I had a stellar retail work history in NYC. I strategized the companies that hadn’t been disrupted by the economic crash and landed at Apple The Grove for one year. It was a decent place to work, and still feel creative.

In 2009, the entertainment industry was recovering and shifting into a new operational paradigm. I didn’t know where I fit in this new model of industry, I did two things pitched, and moderated a standing room only panel at AFTRA called “My Agent Isn’t Getting Me Out…And Other Misconceptions” with four high profile agents discussing the state of the industry while demystifying the agent’s daily duties. And I hired a career coach to get back on track. By 2011, I had booked three national commercials and my first television credit. I’m clear that an artist will always experience challenges. Now, I know to inventory the calamity and course correct so future blows have less of an impact, if at all. And, where there is a success there is a pattern of behavior and belief that led me there to reinforce or return to should I get off track.

We’d love to hear more about your work and what you are currently focused on. What else should we know?
I have three businesses.
Creative Confluence, which is the business of Tiwana Floyd’s performing services. I am a dramatic-comedic actress, an improviser who performs and directs sketch comedy. Known for playing roles of authority, tough love but will bend the rules for the injustice of the underdog. I’m fascinated with mysticism, astrology, and consciousness. I practice Universal Law. My dream role is an Oracle a priestess of prophecy. I’ve been told by different directors that I bring truth and groundedness to characters and that I elevate projects with my work ethic.

Yourvisualaide.com
A graphic design company that creates marketing postcards and One-Sheet templates for the graphically challenged or the busy actor. Clients can view and choose the marketing template of choice from the website that best fits their messaging. We then input their success story (bookings, announcements) and information onto the design. I offer assistance in helping them define what to market, I can also be hired for private consultation to create, design and schedule a weekly, monthly, quarterly campaign.

Acting Lessons Learned
A Business of Acting coaching and consulting company that helps the novice and the professional actor build momentum and steer their careers by curating their materials (headshot, resume, reel, submission sites, IMDbPro and online presence) to engage industry employers with cohesive consistent messaging on par with the actor’s niche. Devising consistent marketing campaigns to get the interest of industry employers. Mindset coaching to combat jaded thoughts, get clarity on incorrect or misguided information and move through fear-based analysis paralysis.

Geared towards the actor who understands an acting career is a long game. There are no quick fixes to success. Success and momentum can be had with focus, strategy and consistent bold action.

How do you think the industry will change over the next decade?
Well, I mentioned that my dream role is to play an Oracle, while I do have some thoughts, prophecy is only given to those who have proven they can handle the word. The word is usually given cryptically or as a riddle. Since we are in the throes of Corona Virus Quarantine, I can only say this, based on the adjustments we as a society are making with the limitations of access to our everyday habits, and quality of life, we will walk away from this recognizing and eliminating the extraneous things we do and have. We’ll recalibrate and-eliminate those things and people that cost us time, energy or money. Time will tell how this affects not just entertainment but the world as a whole, and will Mos Def cause a paradigm shift. I can say with certainty that authentic connectivity will become our greatest commodity and we can have it if we actively chose it and take action towards attaining it. 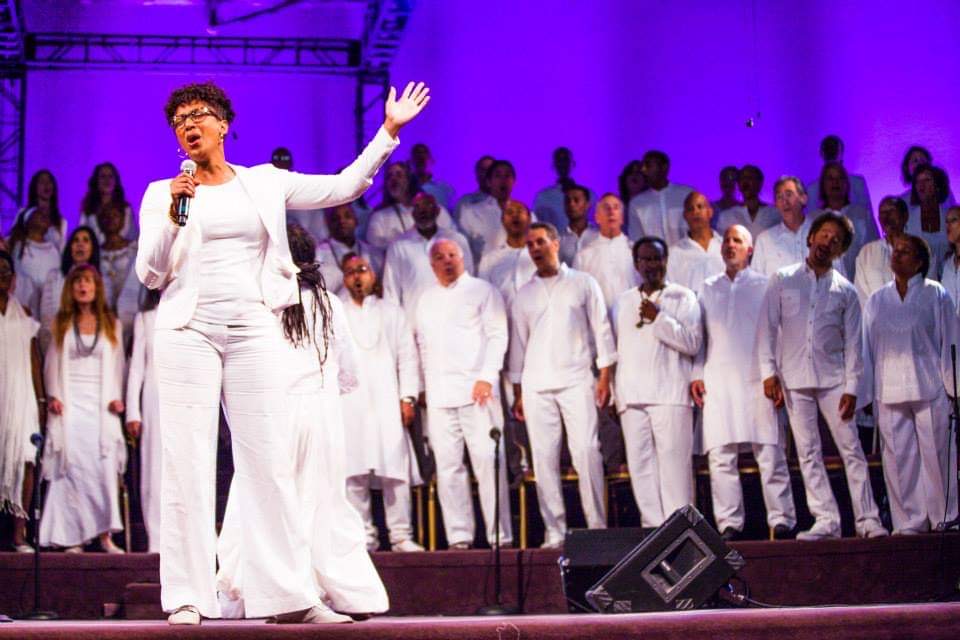 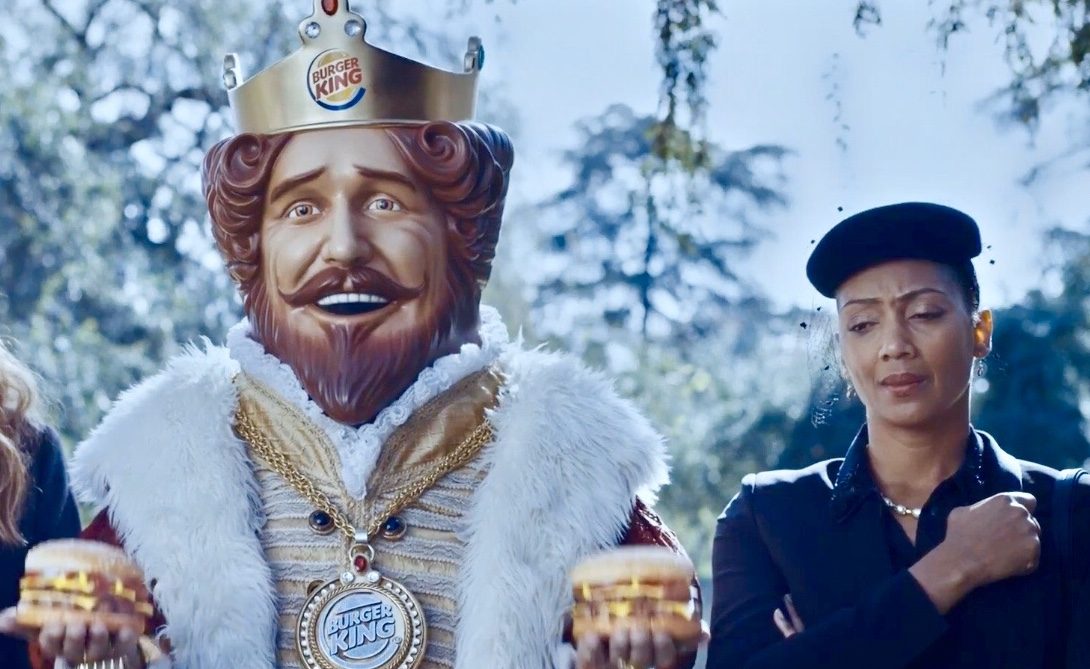 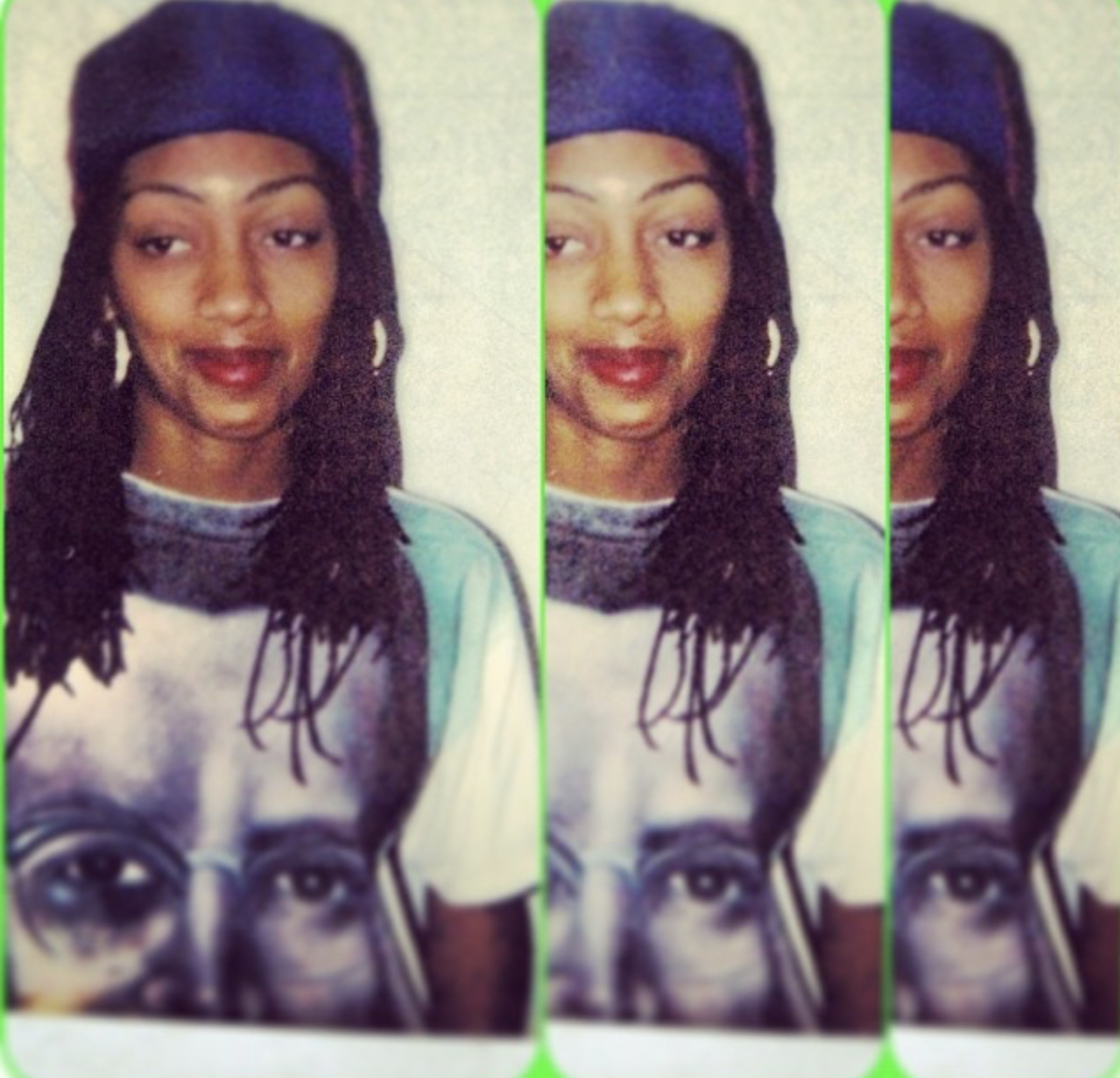 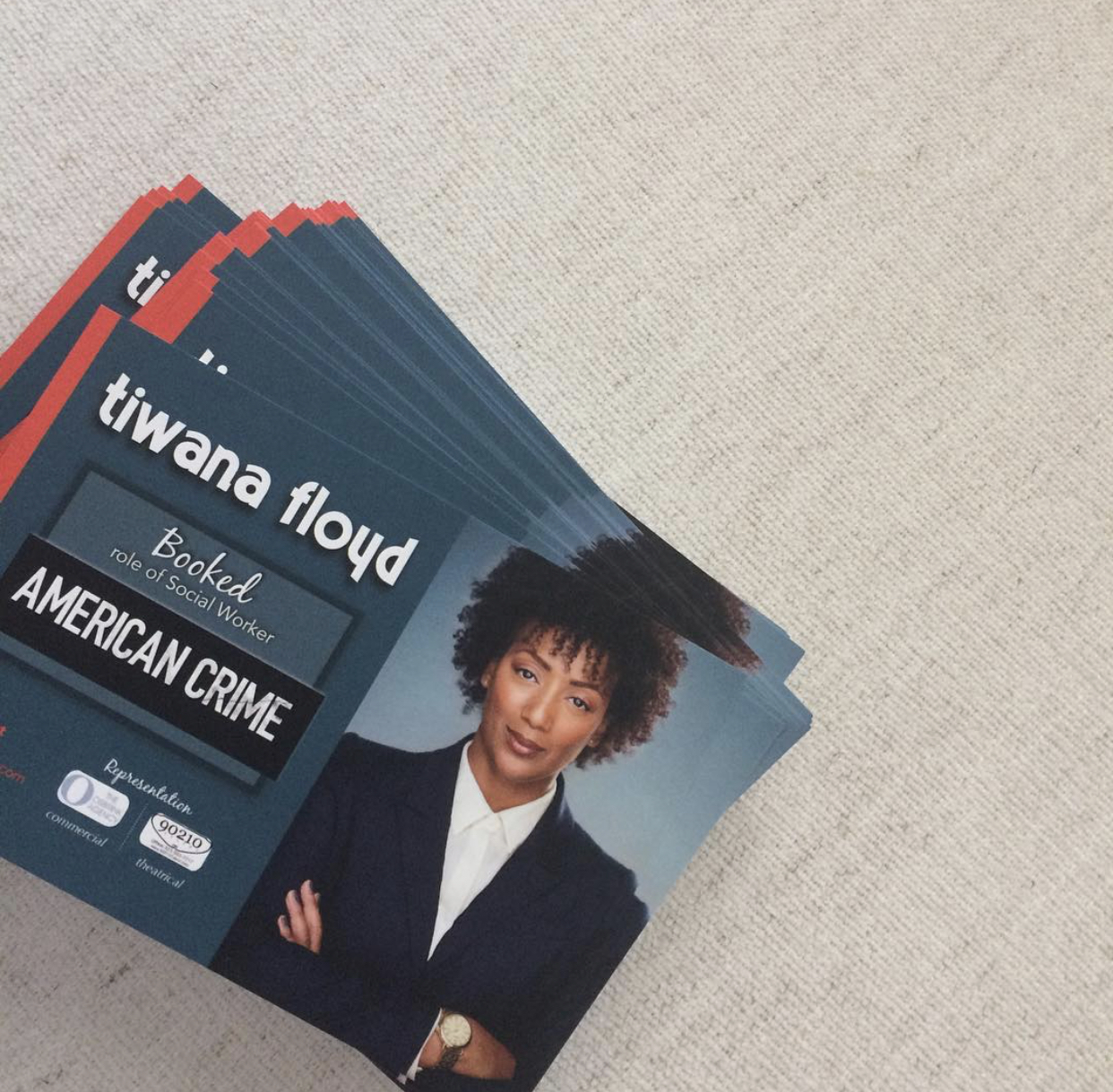 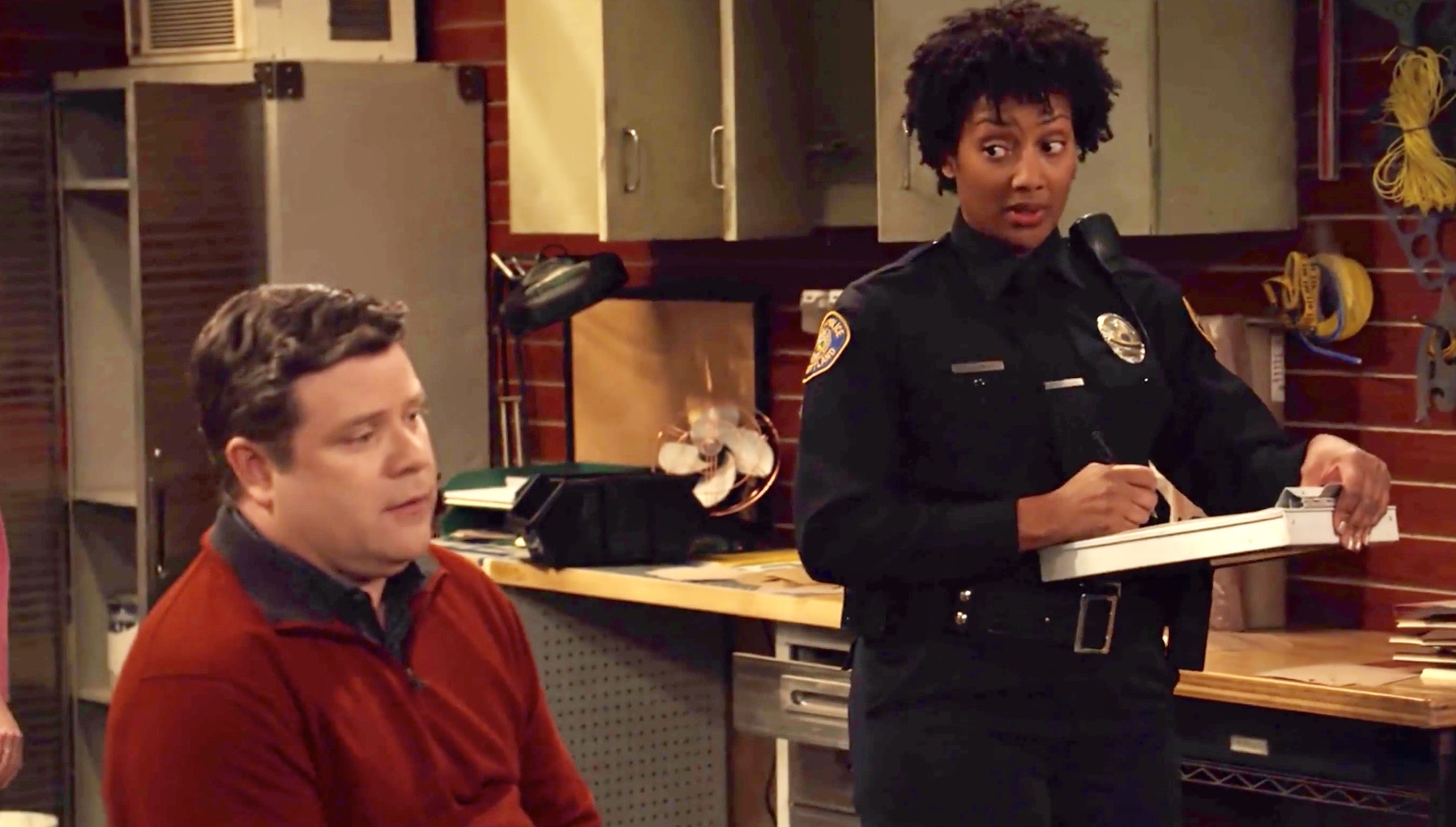