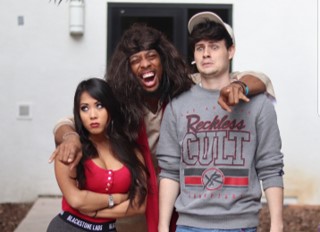 Today we’d like to introduce you to Timothy Pumarejo.

So, before we jump into specific questions, why don’t you give us some details about you and your story.
Growing up in New Jersey, I always loved watching Youtubers. I would wonder what it would be like to actually make videos myself. When Vine came out, I started to heavily watch people go viral and their sketches made my day. I wanted to become that. I wanted to be the reason people laughed throughout their day and knew if I pursued it and worked at it hard enough, I could become exactly that. I started learning vfx and video editing. I wanted to be different than most of the viners, so I started to add visual effects(vfx) to my videos. During 2018, I set out to chase that dream. I traveled to California to take on that dream with my girlfriend at the time. She supported me heavily and gave me the courage to push through.

My first day in LA was spent networking like crazy. I met so many people that lead me to even more influencers. I barely had money in my pocket and got so lucky with an apartment last minute. From there on, I spent my days studying and growing myself as a creator. I provided vfx for rising and big influencers such as @kingvader, @robiiiwrld, @piques, @marlonwebb, @jeanroberts, etc. Eventually, I started growing in internet acting and learning from the greats. I stopped doing vfx to start consistently posting my own content. I studied vines that went viral for days. It has been a long and difficult road than describe above because my story goes even longer than what is stated. Today, I have finally reached 10,000 followers on Instagram and have gotten several videos with 100k-200k views. This is literally only the beginning. The next time you hear from me, I’ll be at 1 million followers on Instagram.

Overall, has it been relatively smooth? If not, what were some of the struggles along the way?
It has not been a smooth road. No dream worth chasing is ever smooth. I started out very unconfident and had no idea what I was doing. I could barely get any views on my videos. I constantly studied and tried different things. I must have done over 200 videos throughout this time. The most difficult parts where editing vfx all night for creators just to build my network. At the start, most of that work was unpaid. Adjusting to LA and all the expenses was even more difficult. I literally had to be a starving artist starting out. I came out to LA with basically nothing to my name. It was like starting over and building from scratch. But all those struggles made me who I am today. They made me strive for better and they still do.

We’d love to hear more about your work and what you are currently focused on. What else should we know?
I am an Instagram influencer. I specialize in comedy sketches that sometimes features vfx. I am mainly known for my vfx that are featured in videos such as @kingvader’s avenger sketch that has over 2 million views on Instagram. I’m slowly starting to be known as an influencer now. I am really proud of reaching 10k followers and having videos with 100k- 200k views. I have worked at this night and day. I think what sets me apart from others is I do my own visual effects and hit comedy with dramatic endings. I’m very inspired by @loganpaul, @kingbach, and @adamw so you’ll see different types of styles from them that I picked up in my videos.

Any shoutouts? Who else deserves credit in this story – who has played a meaningful role?
There’s certain people in my life that have been there. My friend John Schaser got me started with videos when I was in college. John helped me get through the beginning of creating content. Crystal Brambila was the support to come out to LA and take a chance and without her, I probably wouldn’t of even made the choice to come out to LA. She went through a lot to help me and I’m forever thankful.

Those are my two biggest influences.

There’s a lot of names that have helped me become who I am:
Dontrel Allen (@nike_finesse) – Has always been there to help me with content and grow as a creator.
Kingvader – Giving me a chance on VFX and to expand my following.
Jean Roberts – Always giving me advice and being a good mentor.
Jenny Babas – Has helped me improve my improv as an actor.
Irving Lambert – helped me network with a lot of people. 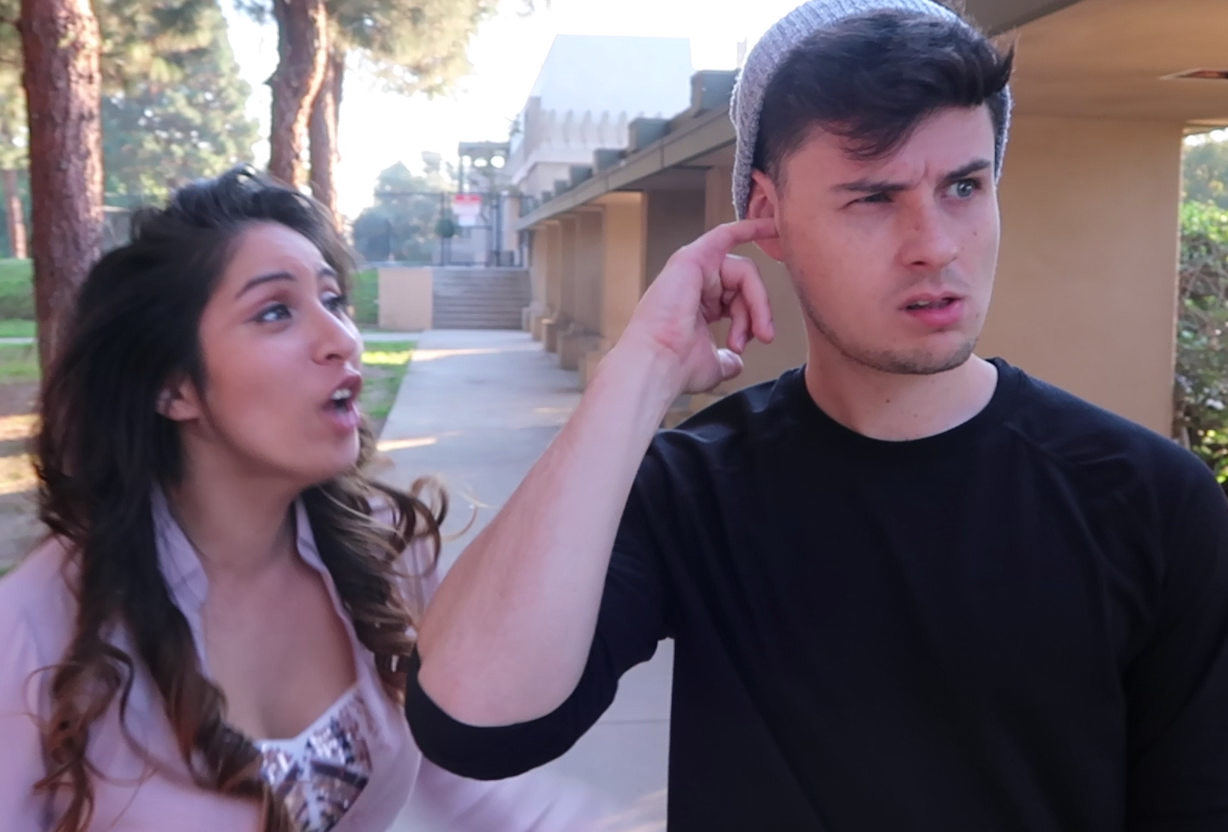 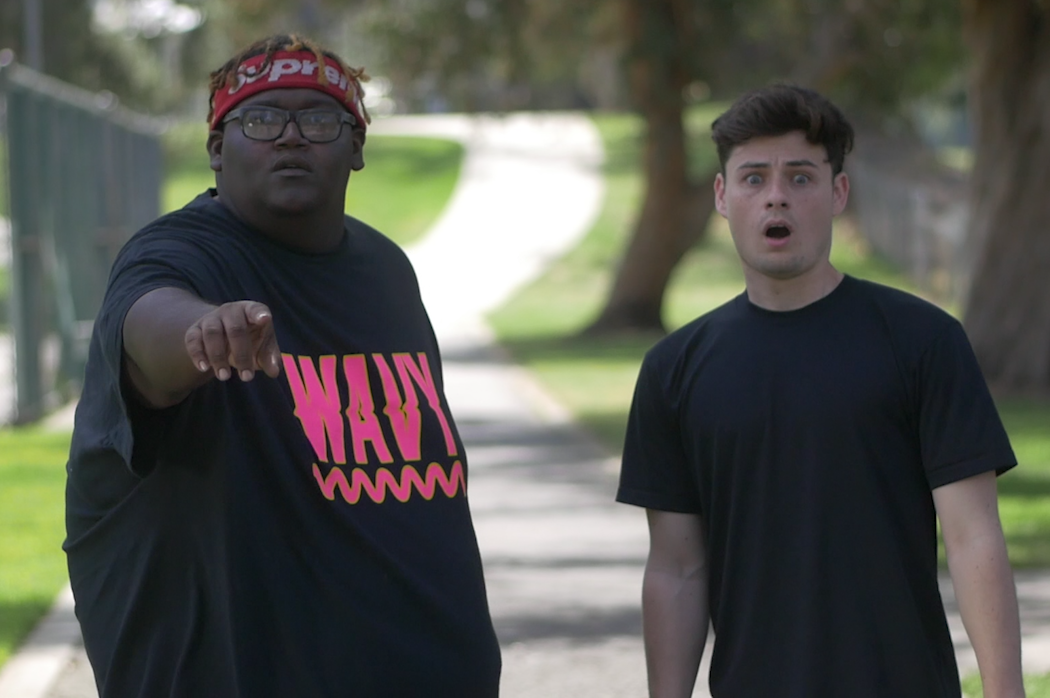 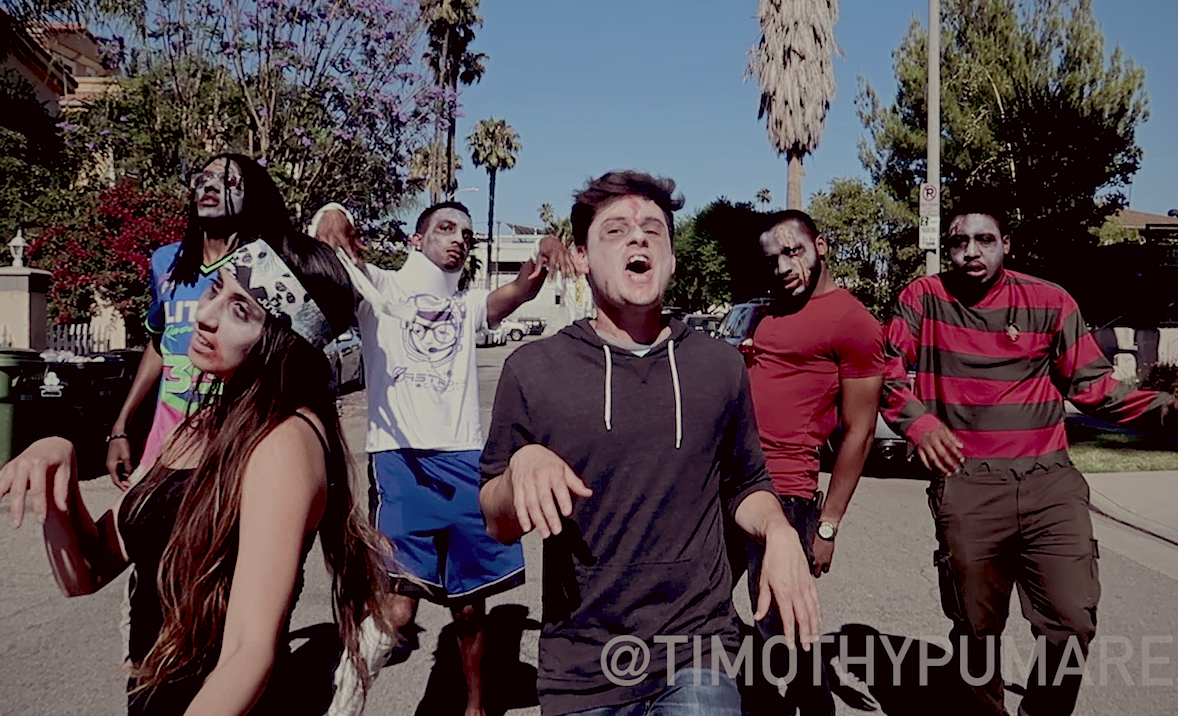 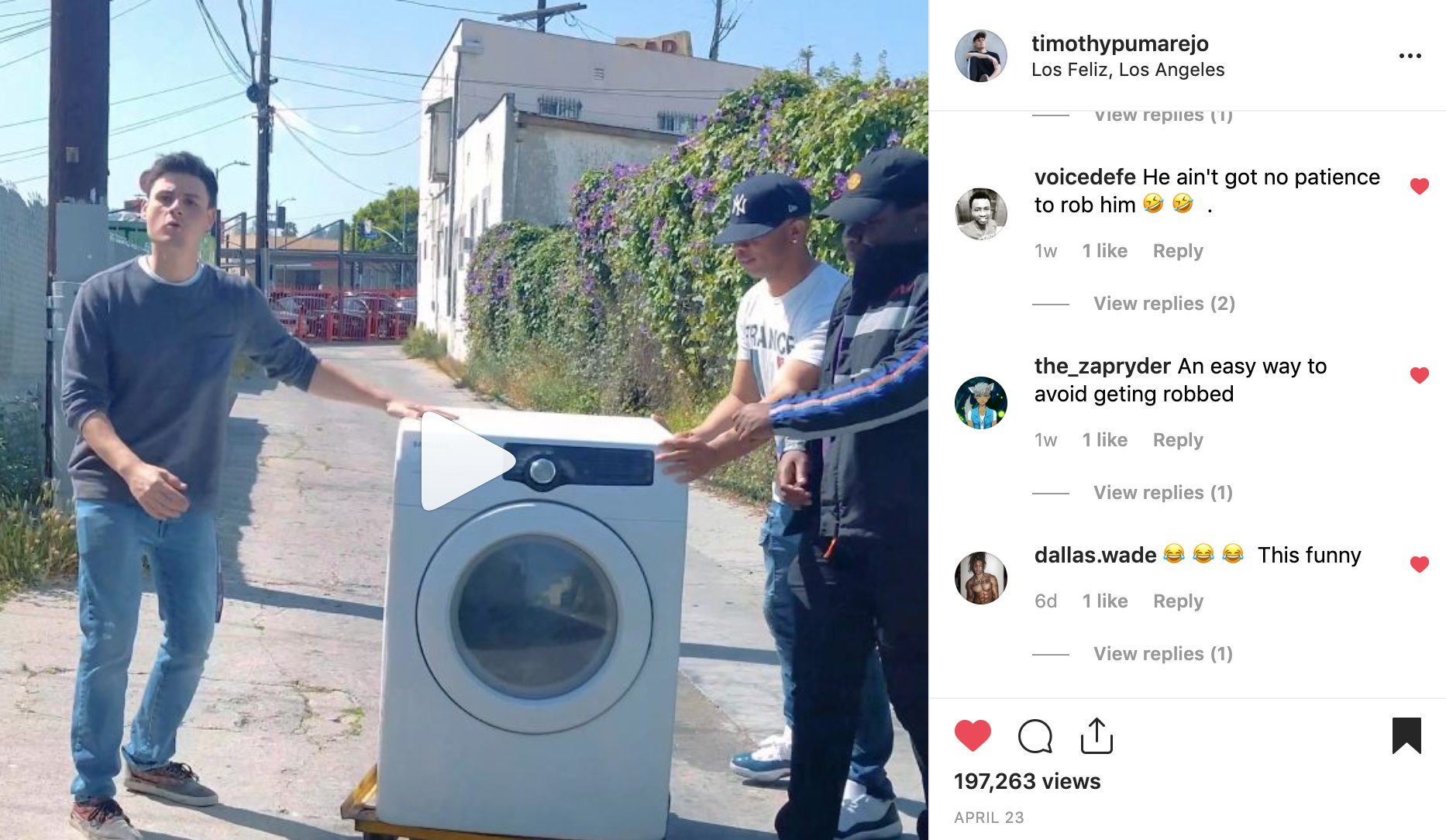 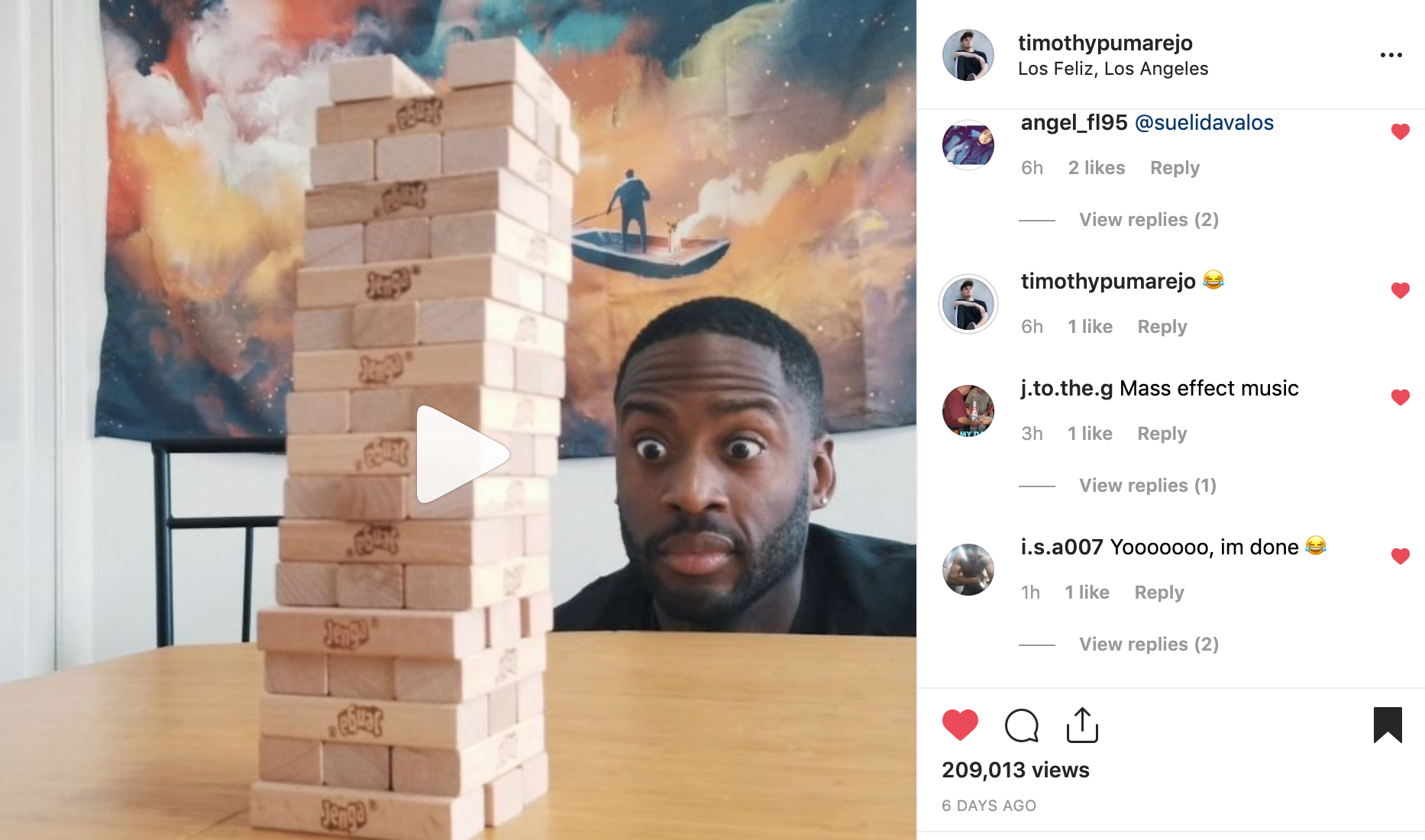 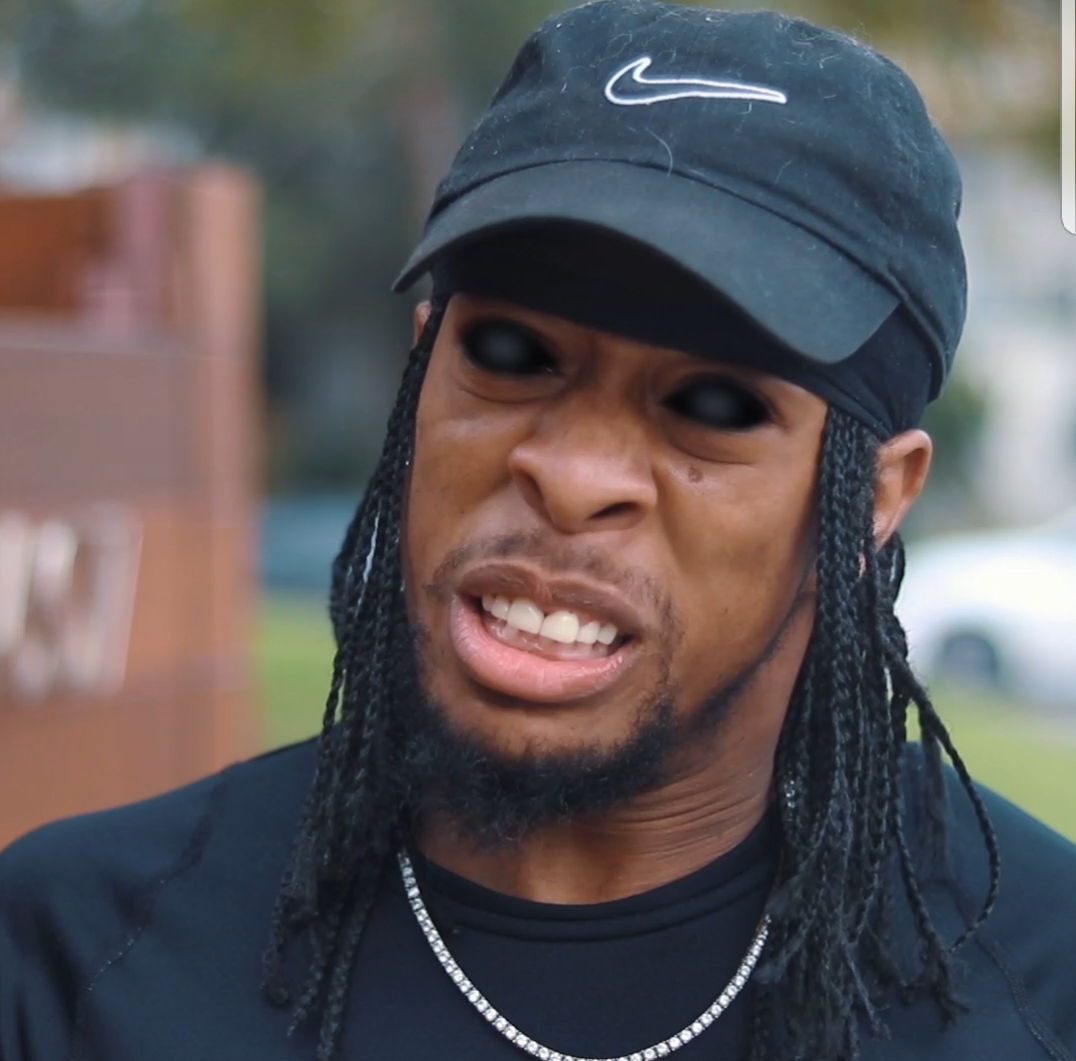 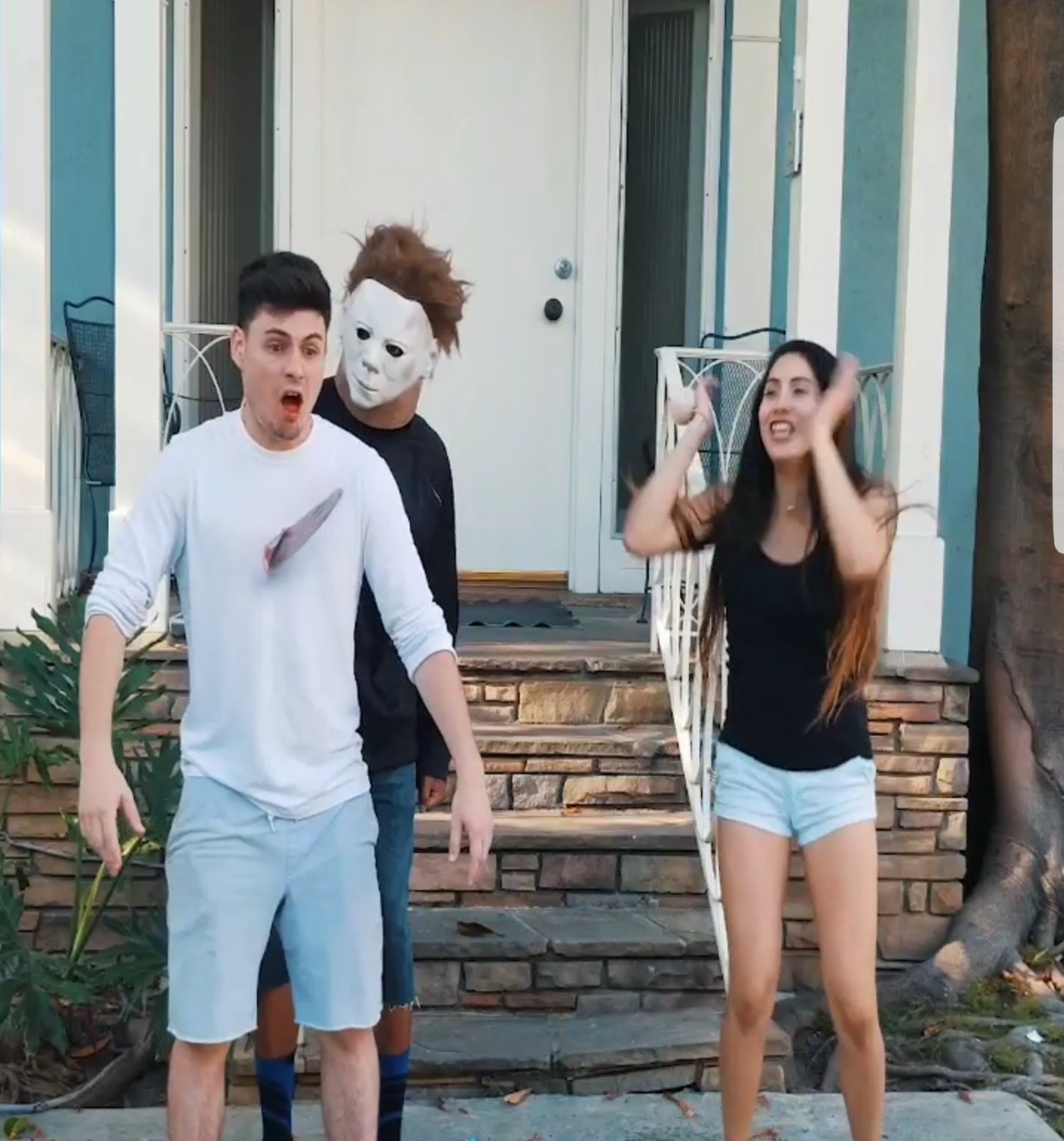 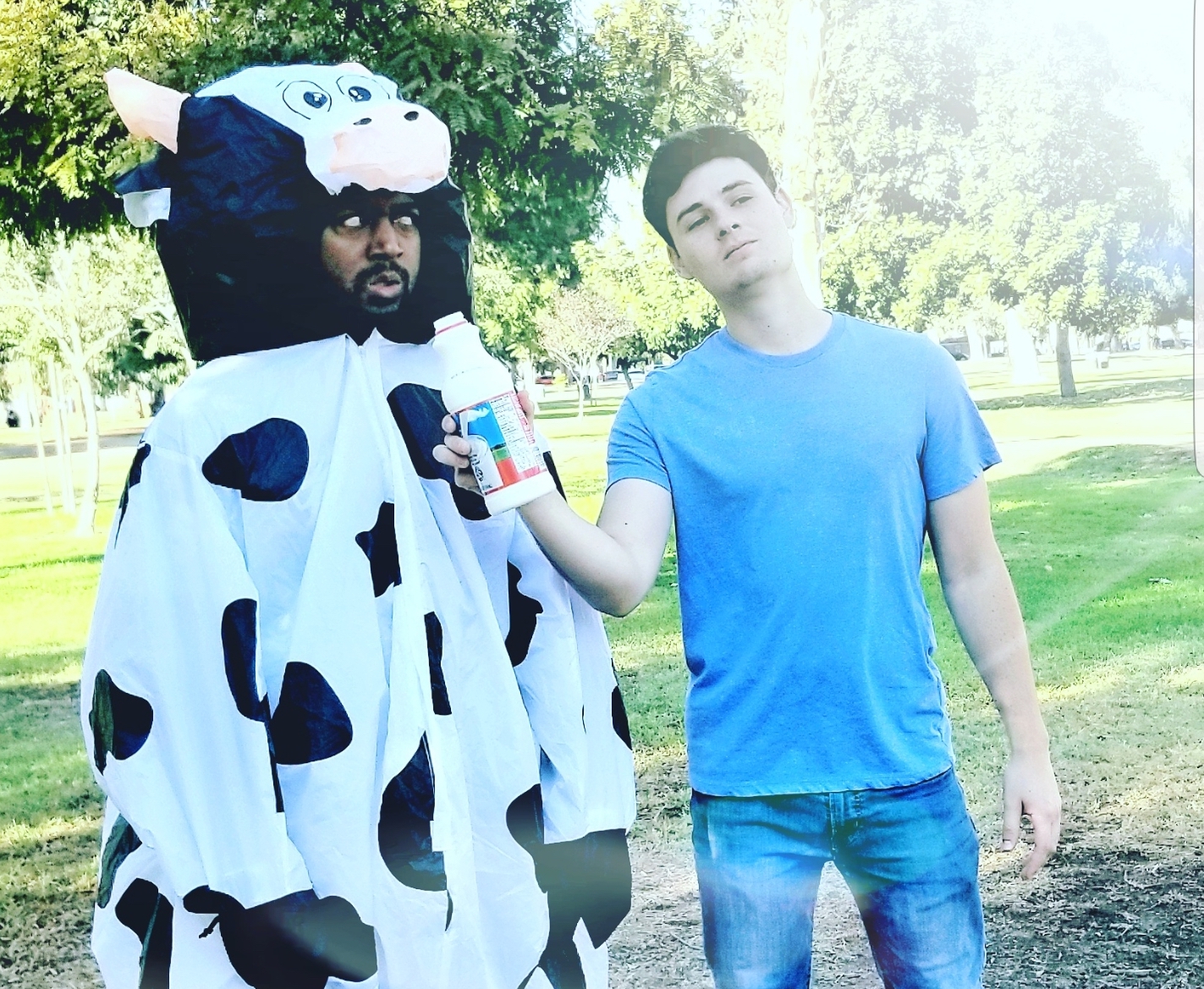