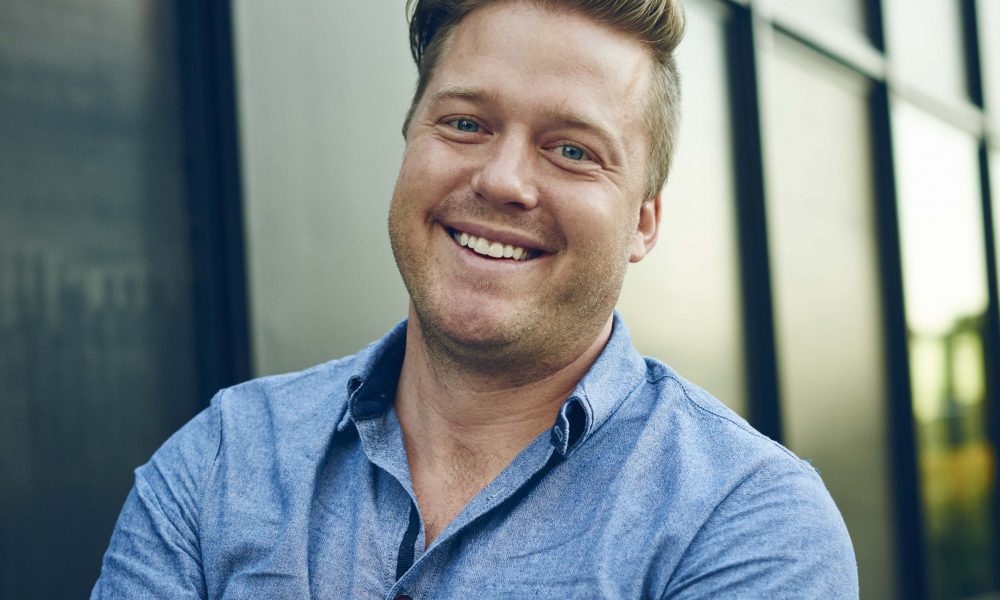 Today we’d like to introduce you to Timothy Hollingsworth.

Hollingsworth recently opened his first solo project, Otium. Located in the historic Bunker Hill neighborhood of Downtown Los Angeles, Otium is a restaurant that strips away the formalities of fine dining while focusing on quality and execution. It is designed to be a social restaurant with a dramatic open kitchen merging indoor and outdoor spaces. The restaurant’s name, Otium, has its roots in Latin. A word that is meant to emphasize a place where time can be spent on leisurely social activities, both eating and drinking; adjacent to one of Los Angeles’ most important cultural streets — Grand Avenue — and next to its newest, most vibrant addition, the Contemporary Art Museum, The Broad.

Shortly after leaving his post at The French Laundry in 2013, Chef Timothy Hollingsworth moved to Los Angeles and opened Barrel & Ashes in 2014, an updated take on traditional American BBQ that pays homage to the food that Hollingsworth grew up on. As Chef-Owner of Barrel & Ashes, Hollingsworth works alongside Chef Rory Herrmann to bring chef-driven Southern food to Studio City.

Prior to his time in LA, Hollingsworth worked as chef de cuisine of The French Laundry in Napa Valley, where led the kitchen in the continued evolution of its world-renowned cuisine. Hollingsworth exemplifies Chef Thomas Keller’s commitment to mentorship and personal development, with nearly 12 years of tenure at the restaurant. Beginning as a commis in 2001, Hollingsworth learned from former chefs de cuisine Eric Ziebold and Corey Leeinternalizing the heritage of the restaurant’s cuisine. In 2004, Keller selected Hollingsworth as part of a core team that traveled to New York City to train and prepare for the opening of his fine dining establishment in Manhattan, Per Se.

During his time off from The French Laundry, Hollingsworth would travel around Europe and staged under acclaimed European Chefs including Alain Ducasse and Gordon Ramsay. In 2008, Hollingsworth competed in the Bocuse d’Or USA, where he was awarded the opportunity to represent the United States at the Bocuse d’Or World Cuisine Contest— the biennial global cooking competition first envisioned in 1987 by revered French chef Paul Bocuse. Hollingsworth subsequently completed a rigorous training process, during which he worked with some of the industry’s most influential figures. In early 2009, Hollingsworth traveled to Lyon, France to compete in the prestigious event, where he placed sixth out of 24 prominent chef teams from around the world

In his current role, he looks forward to being a mentor to the next generation of aspiring cooks. Hollingsworth recently received the Rising Star Chef Award from The San Francisco Chronicle as well as the Rising Star Chef of the Year Award presented by the James Beard Foundation.

Great, so let’s dig a little deeper into the story – has it been an easy path overall and if not, what were the challenges you’ve had to overcome?
It has been hard. I think the biggest thing is the amount of responsibility it all comes with. Responsibility not only for and within the community, but also for our employees. We need to always keep in mind that we are providing for their livelihood. Opening a restaurant, or starting any business, requires a lot of time and commitment as well as a 24-hour type of job. Even when you’re off, you’re constantly thinking about what you can do better, and how you can further develop within the community. Even now, though we’re only a year old, we’re already undergoing construction to re-do certain aspects of the restaurant that proved to not be as functional as initially intended.

Alright – so let’s talk business. Tell us about Otium – what should we know?
Otium is a contemporary restaurant that draws from the rich culinary heritage and experiences of Timothy Hollingsworth. It is designed to be a social restaurant with an open kitchen merging indoor and outdoor spaces. The restaurant’s name, Otium, has its roots in Latin, a word that is meant to emphasize a place where time can be spent on leisurely social activities.

Adjacent to one of Los Angeles’ most important cultural corridors — Grand Avenue — and next to its newest, most vibrant addition, the con-temporary art museum, The Broad, Otium strips away the formalities of dining while focusing on the quality of food, warm service, and relaxed casual ambiance, paralleling the true essence of its name. The restaurant draws inspiration from the 100-year-old olive trees planted in The Broad’s adjacent plaza by utilizing rustic cooking with wood fire and sustainable ingredients grown in the garden of the restaurant’s mezzanine. The lunch menu includes items such as Falafel with Eggplant, Cucumber, Meyer Lemons and Chickpea; Kale salad with Quinoa, Feta, Currant and Almond; as well as Fusilli with Egg, Bacon, Clam and Crème Fraîche. Dinner also echoes Otium’s eclectic influences with dishes like Amberjack with Yuzu, Smoked Tangerine and Chicharron; Foie Gras Funnel Cake with Strawberry, Fennel, and Balsamic; and Lamb with Pole Beans, Tomato, and Yogurt.
Chef Timothy Hollingsworth’s 13 year history in Napa Valley, blended with his present roots as an Angeleno living in downtown Los Angeles, sets the stage for an environment of highly eclectic, vibrant, and seasonal flavors.To complement the approachable elegance of Hollingsworth’s cuisine, the interior design of Otium can be characterized as sophisticated rusticity. A strong but limited palette of natural materials – steel, glass, wood, copper, stone and ceramics – were chosen to create perfectly imperfect spaces that are both raw and refined. The design is an artful mix of old and new, honest and refined, that echoes the menu’s offerings. Like downtown Los Angeles itself, Otium has roots in the past and aspirations for the future.

What role has luck played in your story?
I think luck has played a tremendous role in my life. When I was awarded Rising Star Chef from the James Beard Awards, it was just at the time that I was doing the Bocuse d’Or competition, so I was beginning to be recognized on a national level. Also, I was lucky to be chosen as a representative for the United States at the competition itself. Skilled played a role, definitely, but I was also picked because I was a Sous Chef at the French Laundry at the time. Even with that, I was the first person to compete at the Bocuse with both Thomas Keller and Daniel Boulud there. Considering my career in Los Angeles and the opening of Otium, I think I left Napa at just the right moment to have this project introduced to me. I feel like being in the right place at the right moment has definitely played a role in my career.