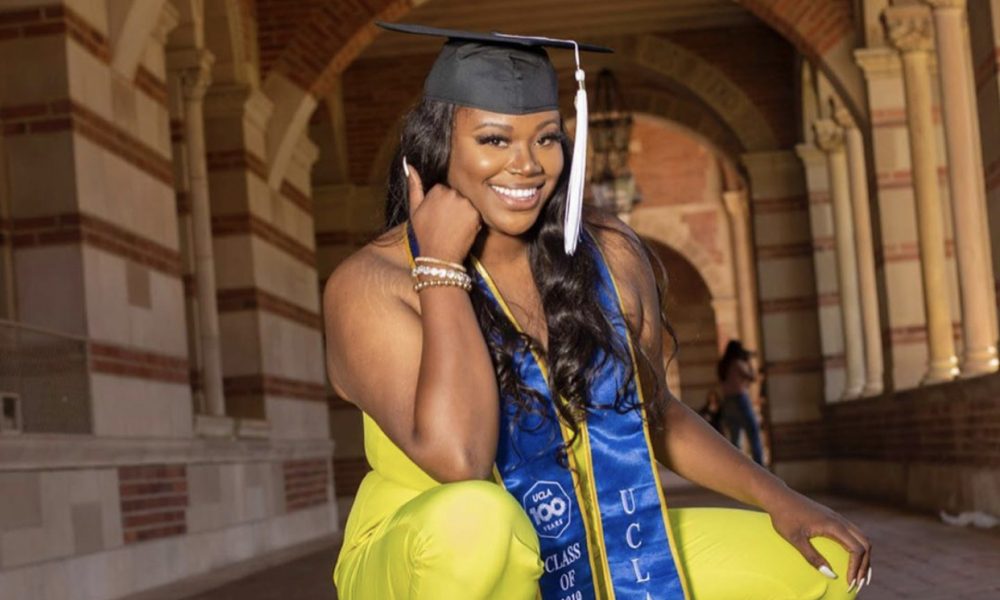 Today we’d like to introduce you to Tiffany Darden.

Tiffany, can you briefly walk us through your story – how you started and how you got to where you are today.
I was raised in Palmdale, California and a graduate of Quartz Hill High School. In high school. I was a victim of racist epithets by two wealthy high school athletes at my former high school, Paraclete, in 2016. These epithets were sparked by my reply (“False.”) to their tweet that all Obama voters are black, stupid, and/or poor. I was then compared to an animal and belittled for my aspiration to go to Harvard Law School. Despite my pleas for accountability and punishment, this tweet prompted absolutely no strong response from Paraclete, thus leading to my transfer to Quartz Hill High School. That incident, as well as the tragic murder of Trayvon Murder and the disappointing trial that followed, inspired me to pursue Attorney General of the United States. Because I experienced what it means to be desperate for justice and receive nothing in return by authority, I want to amplify (but not be) the voice for those silenced by oppression. My goal is to restructure law enforcement protocols to eradicate brutality and oversee federal prisons to support rehabilitation over incarceration.

With this purpose in mind, I then attended the University of California, Los Angeles (UCLA) with a Major in Political Science and a Minor In Entrepreneurship. At UCLA, I worked for the powerhouse civil rights and criminal defense law firm, Geragos & Geragos, where I worked on a wide range of cases, including NFL V. Colin Kaepernick and Eric Reid. I also interned for Congresswoman Karen Bass in Washington DC and conducted preliminary research on her Pregnant in Prison Bill, which is now officially a law. During my time in Washington DC, I also conducted my own research project on the psychological impact of police brutality and its effects on communities of color that resulted in a 30-page report I presented to my colleagues and Representative Bass. This research later won the Dean’s Prize at UCLA. After my two year tenure at the law firm and during my third year at UCLA, I became an intern at Congresswoman Karen Bass’ Los Angeles Office, where I helped with community outreach, for a year. In my final year at UCLA, I was chosen as a Leadership Fellow at the Community Programs Office at UCLA and a Research Assistant for the Williams Institute at the UCLA School of Law.

This research focused on exploring poverty within the LGBTQ+ community and my role was to interview the participants on their life experiences. Upon graduation, I was chosen to be a Coro Fellow of Coro Southern California, whose purpose is to create multidimensional leaders through experiential learning, such as assigned work placements in different sectors (government, nonprofit, business, campaigning, and labor unions), interviews with various leaders, and seminars. I am currently two months into my 9-month tenure as a Coro Fellow and have been working in the headquarters of the Sheriff’s Department. I’ve toured three detention centers and attended four ride alongs in different areas of Los Angeles County. Through this placement, I’ve had incredible access to the behind-the-scenes of law enforcement and have a greater understanding of where it succeeds and where it fails.

We’re always bombarded by how great it is to pursue your passion, etc – but we’ve spoken with enough people to know that it’s not always easy. Overall, would you say things have been easy for you?
Not exactly. I struggled with feeling alienated from the UCLA campus as a Black woman, where only 4% of students are Black. I also worked for a law firm with no Black lawyers for about a year and half and absolutely no Black staff for the entire two years I worked there. It was difficult to navigate the lack of diversity, but I eventually embraced my role at these respective and prestigious locations by voicing my unique input and working twice as hard as everyone else. I also had significant family deaths, including my grandpa and aunt, during my time at UCLA.

What were you like growing up?
Growing up, I constantly flipped from living with my mom in Palmdale and my dad in Ladera Heights based on a custody agreement, so I experienced the disparities in two completely different communities with varying socioeconomic statuses and races. This made me extremely versatile as a kid because I adjusted according to my environment and had different friend groups. I loved reading, exploring, and being independent. My mom described me as “never wanting to be touched” but I would describe it as me not allowing anyone to interfere with my energy, which I still prioritize to this day. I read chapters books daily and loved traveling with my family. My main interests were initially medical-related, but I soon developed a love for crime shows and politics through watching the television. While I have two older brothers, I was my mom’s only daughter so her and I were best friends. I always watched Girlfriends and Grey’s Anatomy with her before bed.

My father would always be the one to stimulate my imagination and play silly games with my younger brother and I. In school, my mom wanted to instill in me the ability to be multidimensional and communicate with various people, so I started in private school until 2nd grade, then I transferred to a public school until 8th grade, then I went to a private Catholic school, and concluded my studies at a public high school. Despite those transition, my reputation as a student was steady. I was known as overly talkative (according to my teachers, in which I would disagree and say I was just a strong communicator,) a debater, and smart. Despite my occasional debates with teachers, there was a general perception that I was incredibly smart and thoughtful because it showed through my work. 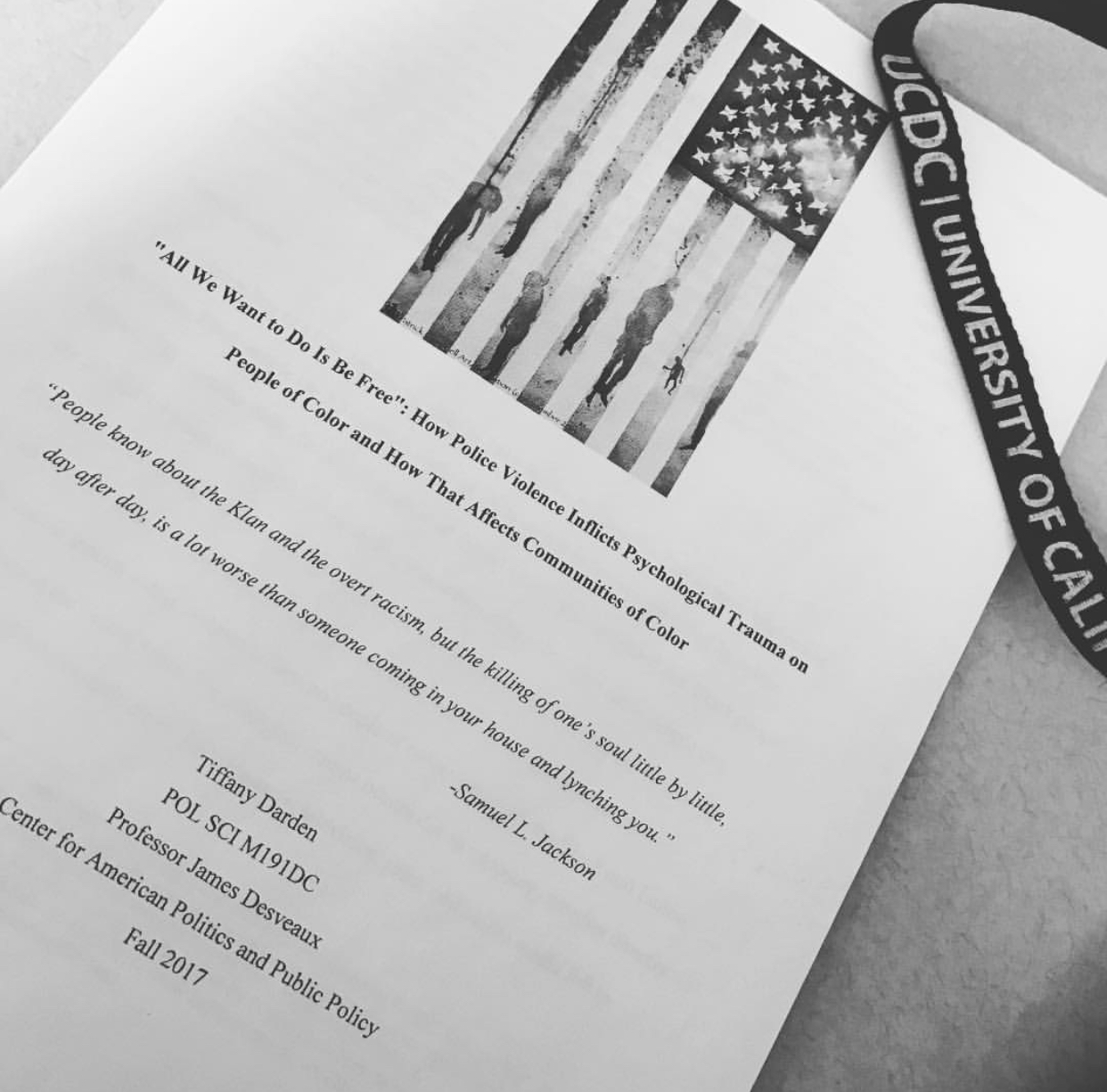 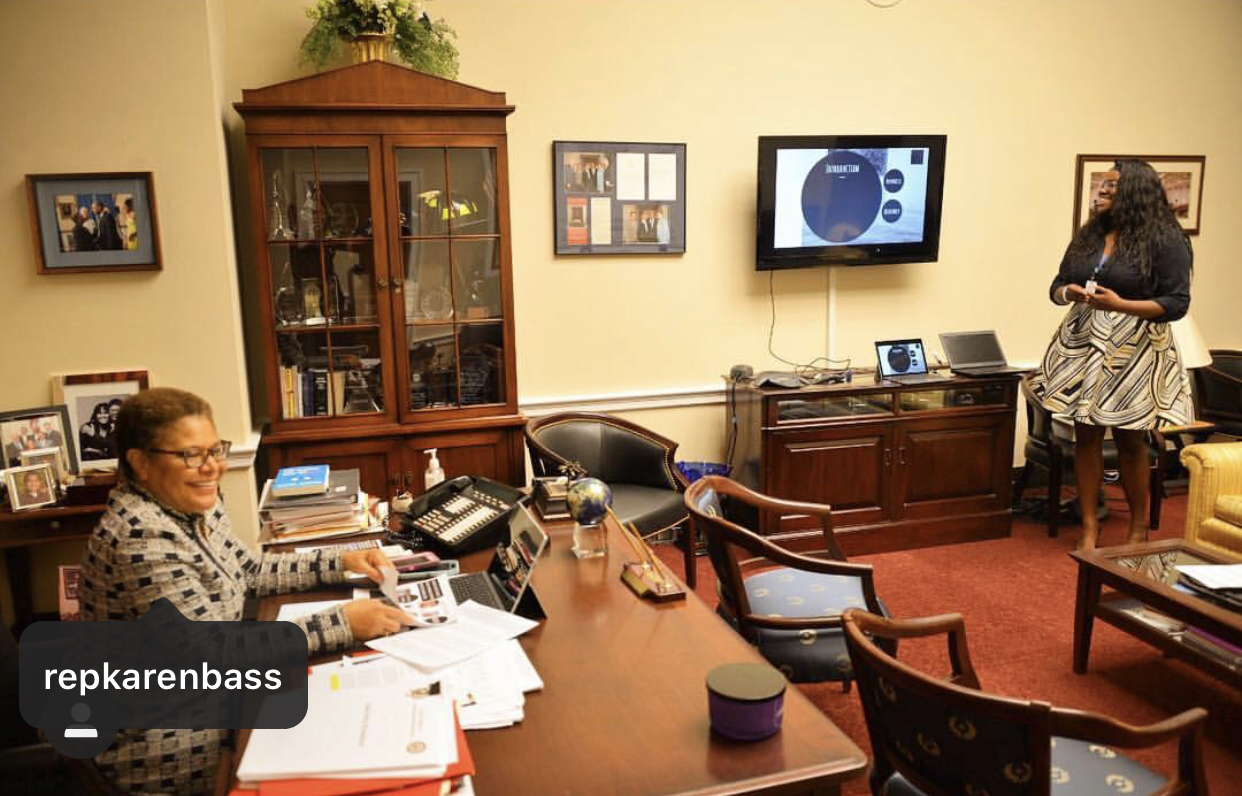 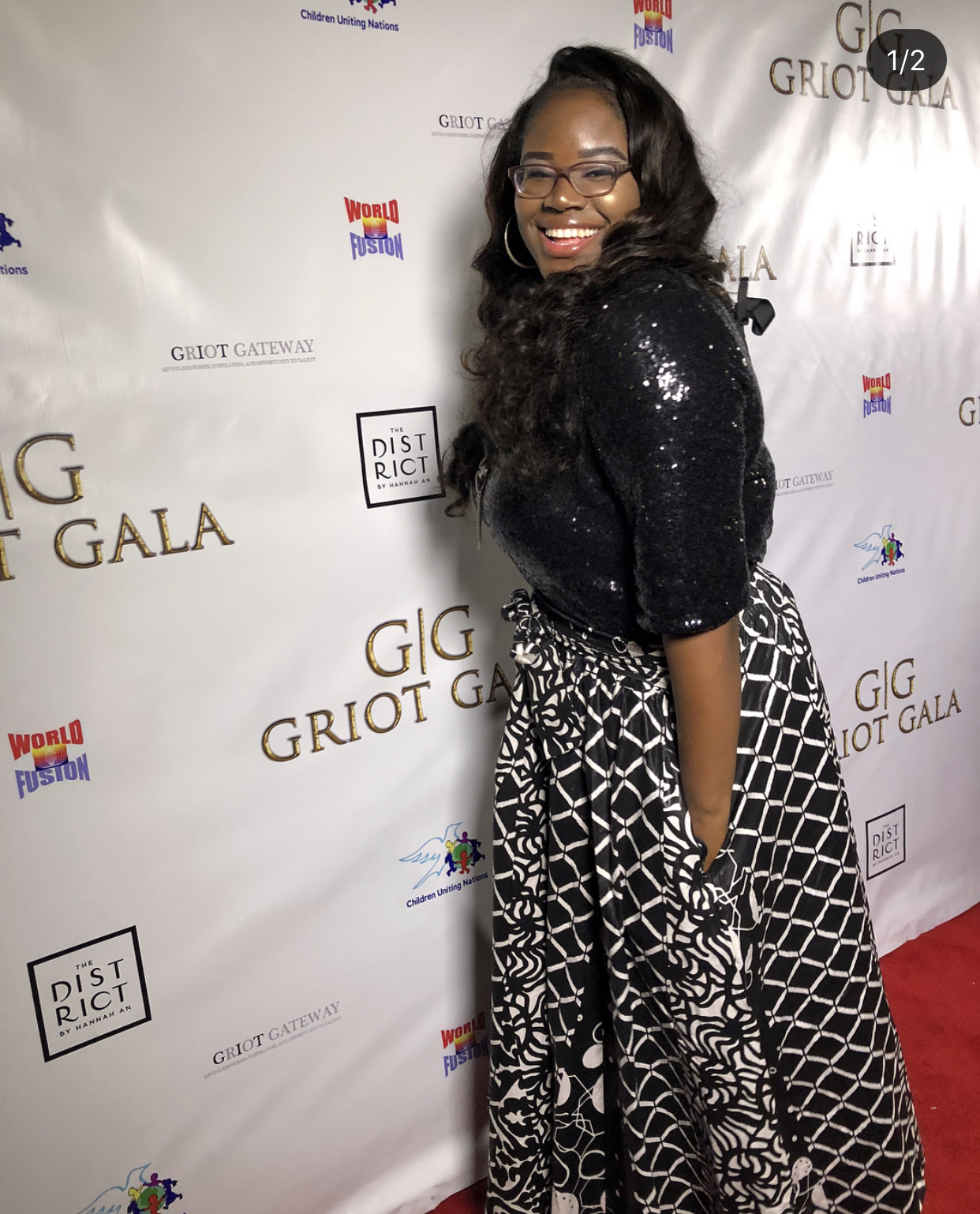 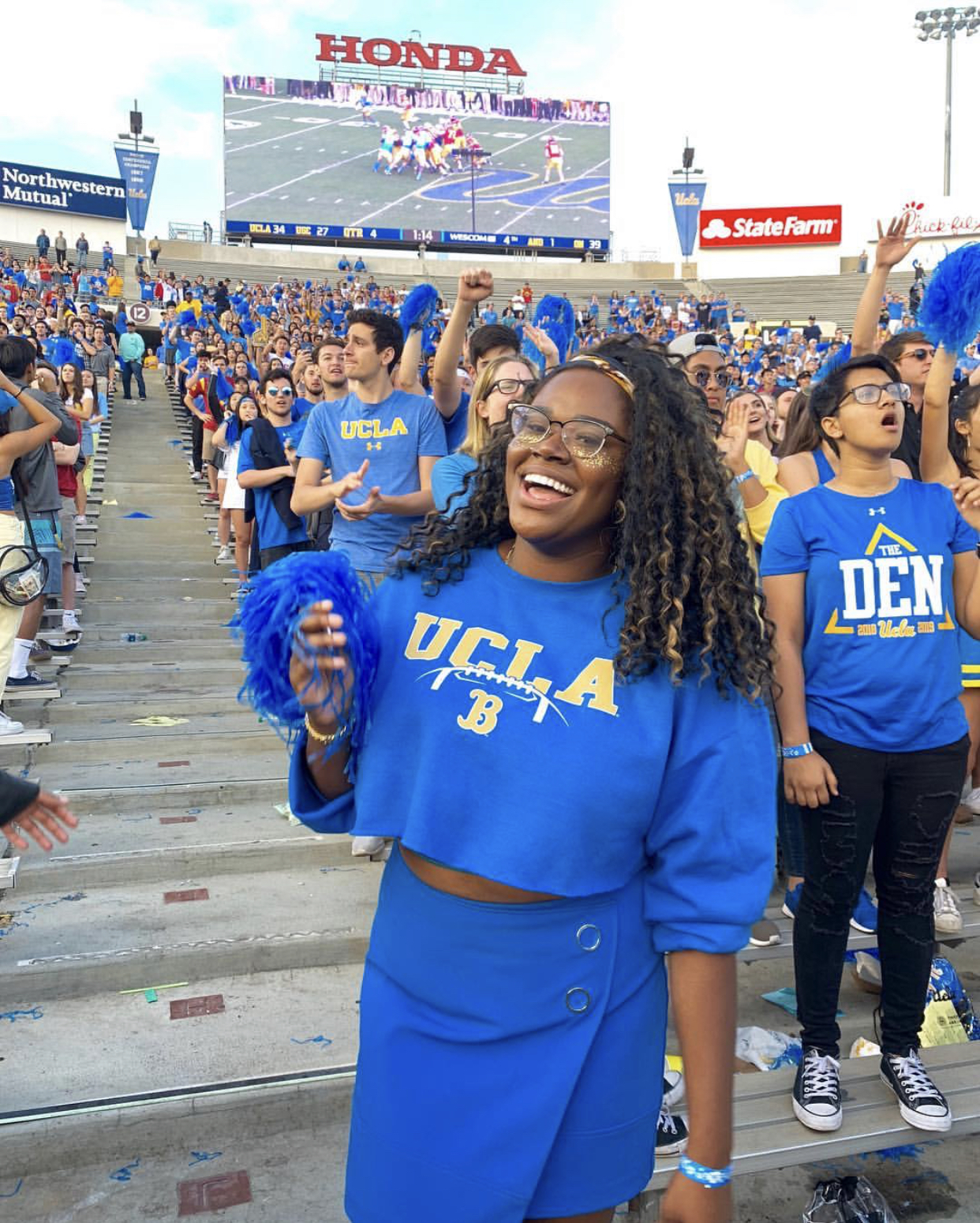