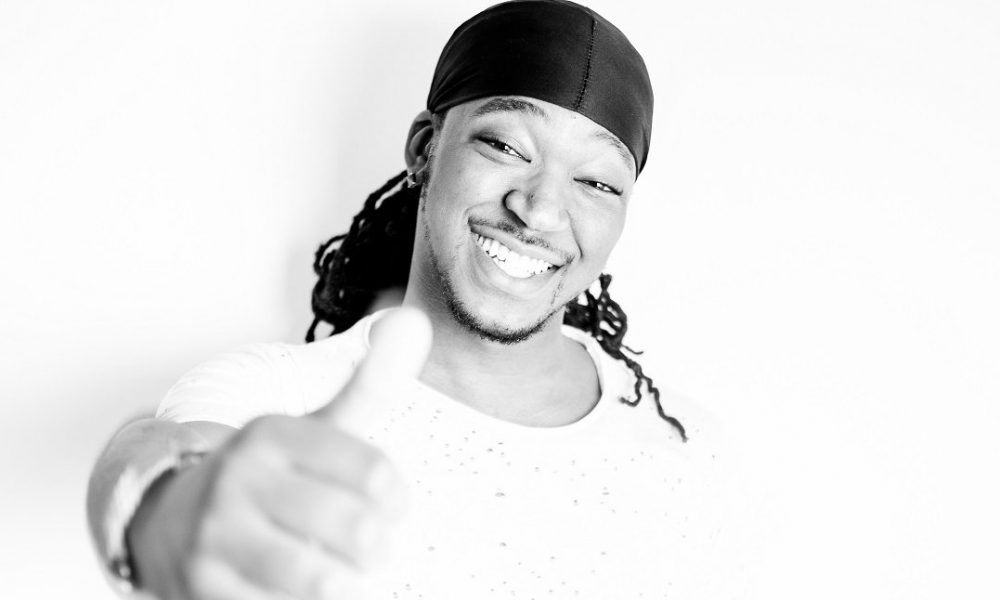 Today we’d like to introduce you to Tierce Person.

Tierce, let’s start with your story. We’d love to hear how you got started and how the journey has been so far.
Born and raised in Amsterdam of Surinamese descent, 33 years old. Started playing piano at six years old. I spent most of my childhood gigging as most up and coming musicians. At age 16, I became a studio musician playing keyboards and synthesizers for producers. I would also perform with famous Dutch artists both as a keyboard player and M.D(Musical Director). I signed my first Dutch publishing deal at the age of 18. At the age of 20, I had back to back about eight records in top 40 in the Netherlands.

At 21, one of my songs named “Silly Boy’ by Eva Simons leaked (till this day, I still don’t know how). The people for some reason thought it was a new Lady Gaga / new Rihanna single and as a result, people started doing all types of homemade videos to it on YouTube. Within a week, the song had over a million views. This caught several labels’ attention and we ended up signing a single/ album deal with Emi Europe. The record ended up hitting the charts in over 12 countries in Europe ranking anywhere from top 40 to top 10. Shortly after Sony ATV US showed interest in me as a producer and flew me out to LA for the very first time.

I didn’t feel experienced enough to sign a deal in the Us so to get familiar with the process of how they work in the USA, I did a lot of writing sessions with songwriters. Up until then, I had only worked with a handful of writers in Amsterdam so this was fairly new to me. As I didn’t have a visa, I could only stay in the US for three months at a time. I spent a year traveling back-and-forth three months on two months off. By the age of 22 I scored my 2nd European hit with Afrojack called “Can’t Stop Me”. This led to another round of label interests.

As I had been building a good foundation/relationship with Sony ATV, I ended up signing a publishing deal with them.

Eventually ended up moving to LA at the age of 22.

When I first moved out here, I found out there was a dutch guy who owned a studio in Hollywood. I got put in contact with him and ended up renting a room there. This also happened to be the same studio Bruno Mars was working out of at the time. I ended up working out of that studio for 3/4 years.

Being out here, I started working with different labels such as Atlantic Records which led to several placements with artists such as Daddy Yankee/Inna, Akon, Pitbull, Jason Derulo.

At one point in my career, I decided I wanted to make more urban/R&B records (I was mostly known for my pop/dance music). So I started exploring that, studying the sonics and started working with songwriters who mastered those toplines. This is how I ended up at Compound, Ne-Yo’s camp, who ended up managing me for about five years.

This work relationship led to several placements such as: Soundtrack for Empire season two, Birth of a nation, McDonald’s campaign ‘Pay with love’, Disney album with David Foster of which the lead single was a record I co-produced with David called ‘Friend Like Me” performed by Ne-Yo.

Fast forward to now, I’m working with a wide variety of artists both up and coming as well as established. Just last year, I released a song with R&B legend Keith Sweat called Boomerang which went number 1 on the Billboard R&B/Urban A.C Chart. I’ve recently released songs with up and coming Def Jam artist Nevaeh Jolie (Too Much) who I’m very excited about as well as Verve Records artist Jon Batiste (We Are).

I also have a sub pub label under Sony/Atv named Ulterior Music in which I signed writer-producer Lumin and Tony Rodini. Currently I’m developing my own artists. First one up being Symphony Green, who I recently signed a production deal/partnership with.

We’re always bombarded by how great it is to pursue your passion, etc – but we’ve spoken with enough people to know that it’s not always easy. Overall, would you say things have been easy for you?
My results in school took away my family support in my music career. Transitioning from Musician to Producer, I didn’t really know how to make that transition. Wasn’t as great at producing. A product of extremely hard work… Hard being a full-time producer needed side jobs to support myself. No family support, no money, difficult to get to and from the studio and to eat. I lived on Ramen Noodles, cookies and water.

After the EDM dance waves started passing I decided to transition into a different genre because I had to adapt. I was known for one style and wanted to transition getting out there with a different style. Had to do that a few times. It was hard to stay focused with all the distractions in LA. At 25, I found out my mom had cancer. After establishing myself in LA, I decided to move back to Amsterdam to support her and my family for about eight months and put everything on hold. Thank God she made it through.

Can you give our readers some background on your music?
I’m a music producer. Known for my mixture between hip and classic nostalgic feels. It’s all about what the music feels like. That’swhy my music tag is: “Kizzo What It Feels Like”. I’m most proud of my ability to adapt to various genres but still being able to stay true to myself in the music. You can always tell when I’ve worked on a record. I think what sets me apart is my adaptability / my broad sensibility for music and my capability of fusing genres together.

Has luck played a meaningful role in your life and business?
I don’t know if I believe in luck. I believe in gratitude, manifestation and setting intentions as a foundation for a successful future 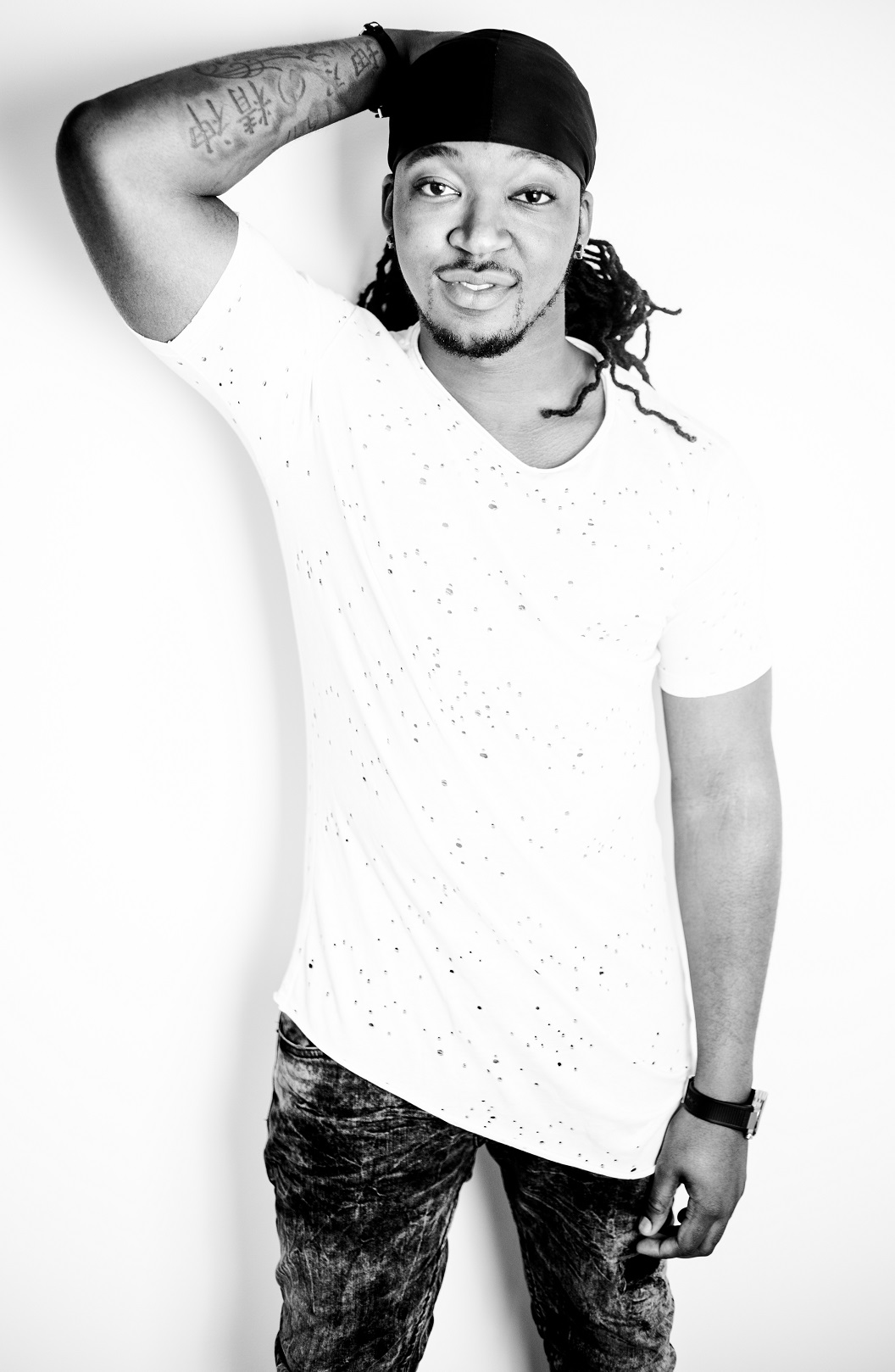 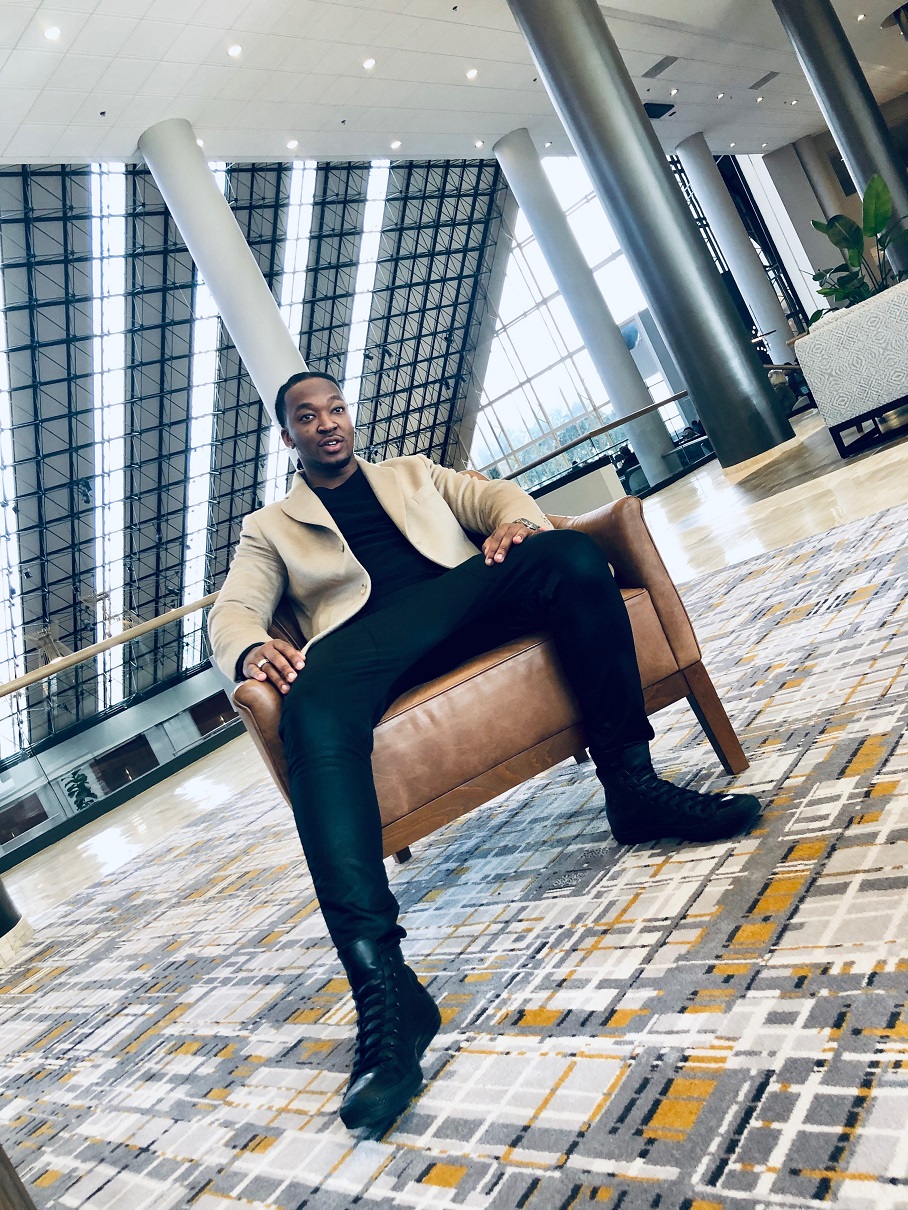 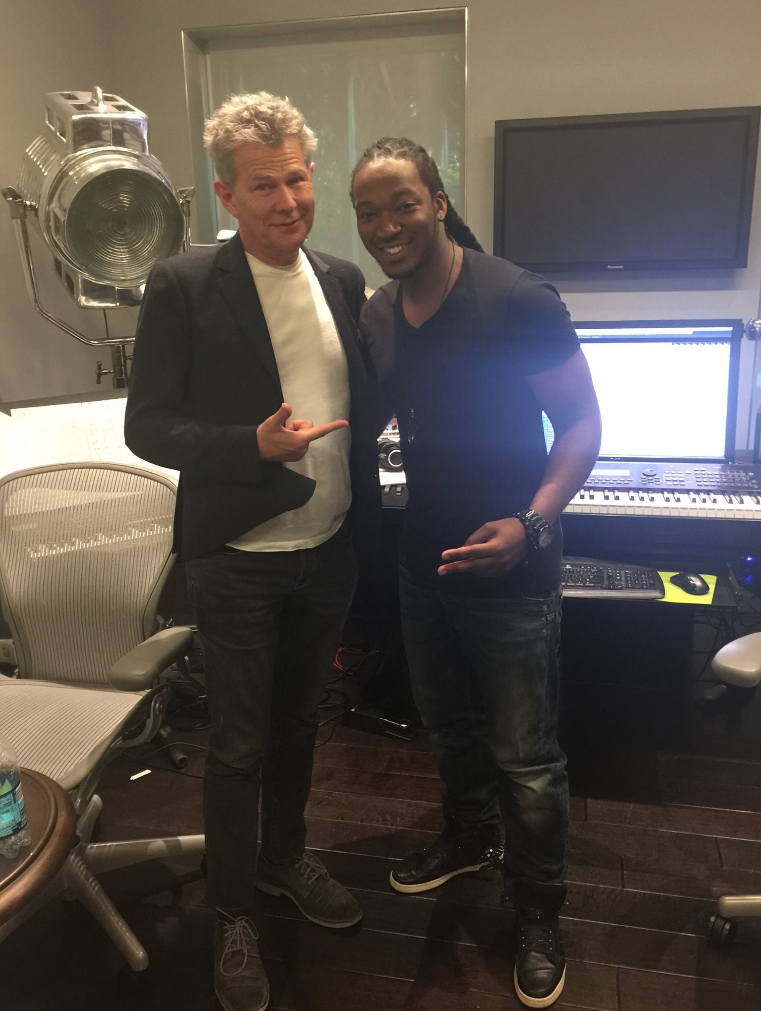 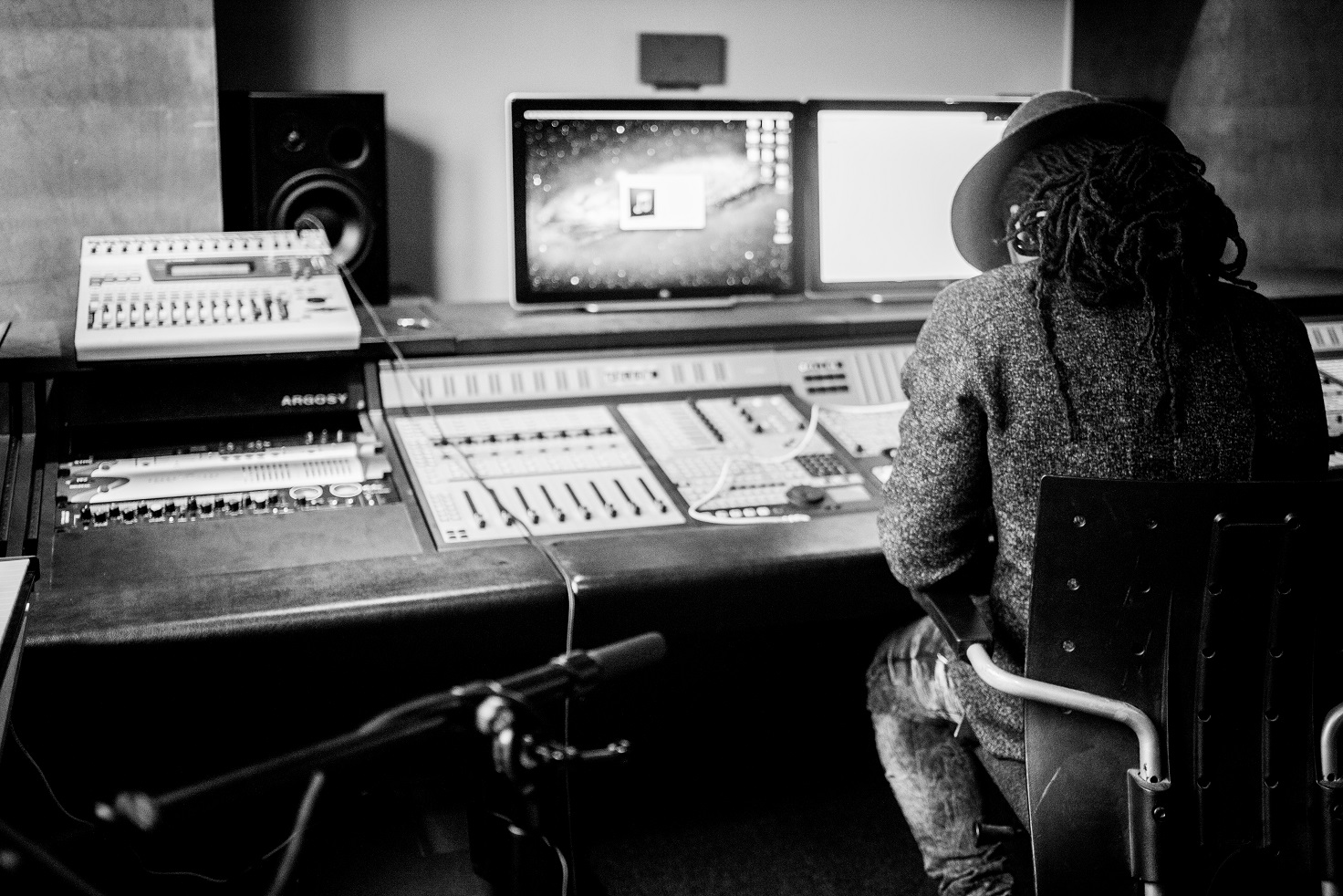 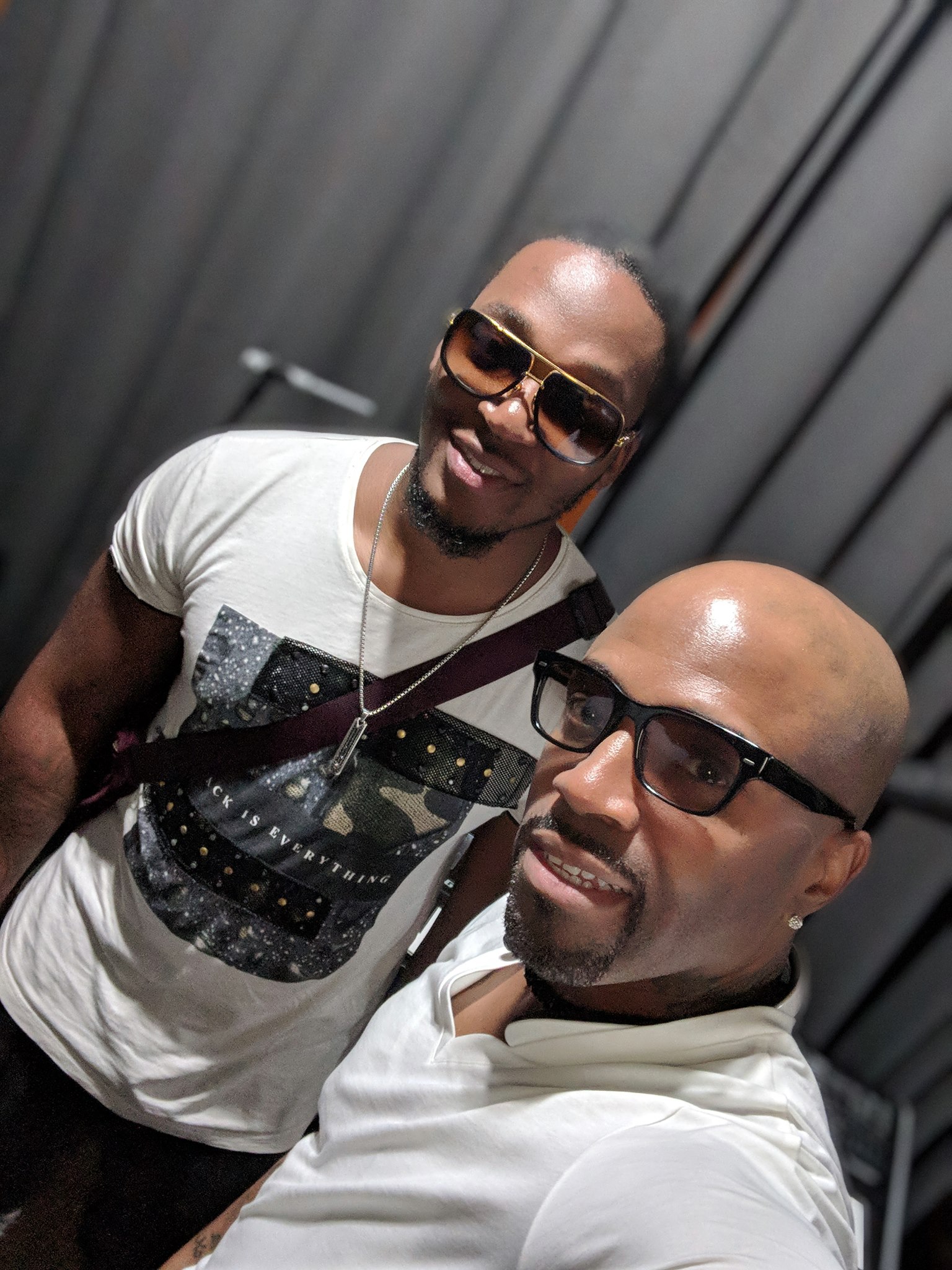 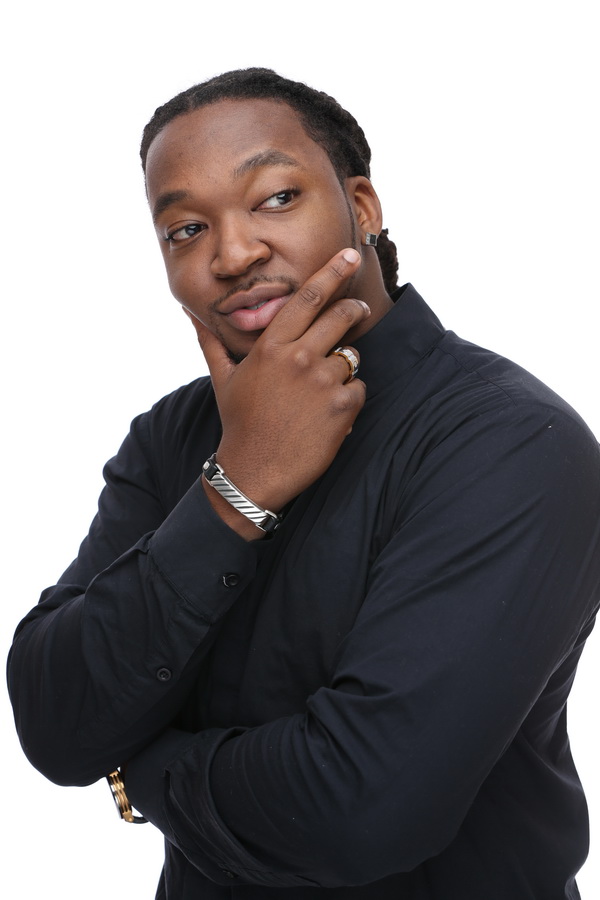 Image Credit:
Raul Neijhorst (for image with blue shirt on)