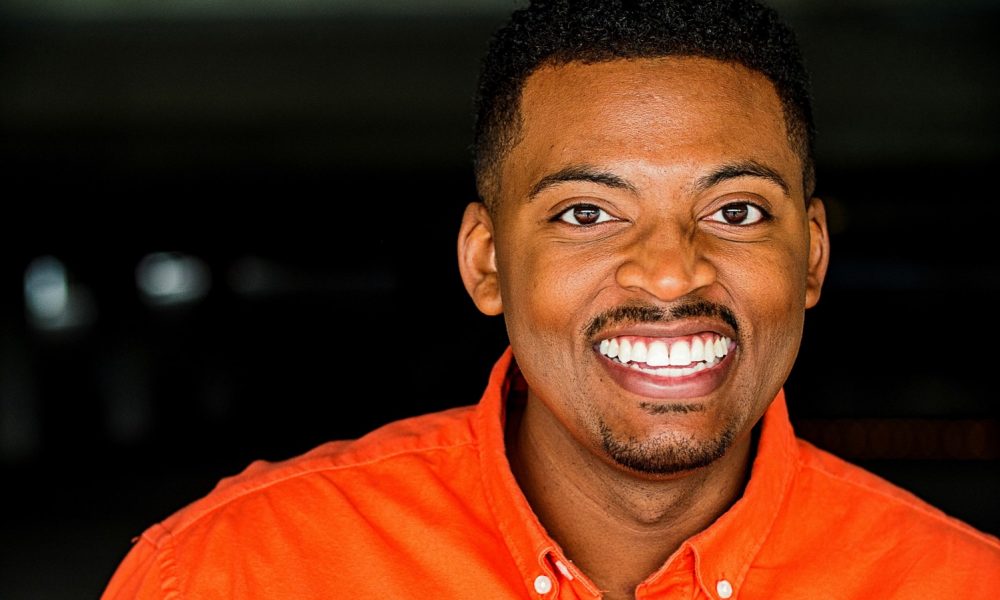 Today we’d like to introduce you to Thurston Cherry.

Thurston, let’s start with your story. We’d love to hear how you got started and how the journey has been so far.
Like most actors, I caught the acting bug at a very young age. I remember wanting to participate in anything creative when I was a child. I jumped at the chance to perform, whether it was at church singing in the choir, playing the piano, banging on the drums, slapping a tambourine, or just performing in school plays. I was the class clown, always making people laugh and brightening their day. I always knew entertainment was going to be a part of my journey, but while growing up I didn’t think it would be my profession. I grew up saying I was going to be a corporate attorney and make lots of money practicing law. However, I quickly realized that being an attorney was not my dream. Even when I did mock trial in high school, I never took on the role as the attorney because I wanted to be a witness, so I could jump into character and act.

The real turning point was during my sophomore year at UNC-Chapel Hill. GO TARHEELS! A fellow actor in one of my performance classes pushed me to change my major from Political Science to Communications Performance Studies. It finally dawned on me that being a corporate attorney full time and an actor on the side was not realistic. During my time at UNC, I did a great deal of performing, and during the summer months I interned as a Production Assistant for Time Warner Cable. The team there really let me branch out and learn behind the scenes production, along with allowing me to host some of the shows. I had the best of both worlds. After graduating college, the real journey began. When my lease was up in August of 2003, it was time to make a leap of faith and live out my dreams. I packed my belongings and hit the road with my dad for a four day journey to the sunny state. As soon as I set foot in Los Angeles, I started submitting to agencies and casting notices. I booked my first project, a USC film, the second week of my arrival, and since then I’ve been working every year blessing the Hollywood streets with this Cherry humor.

Great, so let’s dig a little deeper into the story – has it been an easy path overall and if not, what were the challenges you’ve had to overcome?
This road has definitely been full of cracks, bumps and potholes. The first real challenge happened when I was in college. I decided to pursue acting professionally during my junior year. I remember being gullible and eager. I was so hungry for it. One photographer scammed me out of money, promising opportunities in New York that never happened. I spent close to $600 to join a modeling group that claimed would make me a star. During the interview, the owners made their organization sound exclusive and very hard to join. They said they wanted me, took my coin, and it turned out to be a mess. The lesson I learned was to never give an agency any money upfront.

Los Angeles has been a different struggle. I had been scammed before moving here, so I knew not to willingly give away my coin. Through my 16 years in L.A., the biggest challenge for me has been ME. Knowing who I am and where I fit in within this unpredictable journey is a serious challenge. I’ve had to learn to focus on my own race. People will give you all types of advice out here. It’s up to you to decide if it’s worth receiving. The hardest thing I use to struggle with was when a CD would say in the audition room “Be Yourself.” Well, if you are used to being other people and not knowing who you are, you won’t even know how to respond to that request. A close friend of mine always tells me to walk in my truth, and by doing that, it makes room to feel free. I really became an adult out here. Los Angeles will throw so many punches, and you either take them and get back up or stay knocked out. You really don’t realize how much time and sacrifice it takes to make moves in this business. I congratulate myself all the time for still being in the game regardless of the hardships of health, finances, and life’s foolishness.

We’d love to hear more about your work and what you are currently focused on. What else should we know?
I am THURSTON Cherry. Not Thirsty, Thurmond, or Thurgood. It’s THURSTON. I’m an actor, writer and creator who enjoys uplifting people’s spirits through laughter and positive energy. I’ve booked commercials, voice over spots, plays, stage readings, web series, sketch shows, films, etc. I’ve put in work. Most of my work is in the comedy world. I love being silly and putting a smile on someone’s face. Recently, my social media reach has exploded. A decade ago, I created the DumbDumb series–reenactments of calls I received as a receptionist at my survival job. Yes, you read that correctly. I do have a survival job that supports my career journey, and I’m not ashamed to admit it. I never would have known the DumbDumb series would turn into what it has become now. In 2015, one of my DumbDumb videos was even featured on CBS’ “The Talk” during the Everybody Talks segment. In 2016, a second video aired on “The Talk”, and that helped to grow my fan base. This past February, I created a comedic Black History Month video that was shared 44k times and hit 1.2million views on Facebook.

This year is when my brand really took off. Now when I create material, it’s centered around the office setting. I like to bring 9-5 work scenarios to the forefront and make relatable comedy material out of it. Initially, I was nervous to put out more material. I didn’t want to be pigeonholed as “social media talent.” But I know I’m more than that. I’ve realized that these videos showcase my creativity. What sets me apart from some of the other social media talent is the fact that I am an actor and have skills and experience in this business. I’ve created my own web series entitled “Disrespectful Man” produced by AWP films, and I have more projects baking in my Thurston Cherry casserole dish. I’m also a part of a new organization called The Black Creators Collective (BCC). We are a non-profit organization creating and developing opportunities for artists of color. I’m excited about the work we are creating. This is just the beginning!

Do you look back particularly fondly on any memories from childhood?
Summer camp at North Raleigh Sports Camp was definitely a highlight of my childhood. I won the best camper award two years in a row! The first year I won the award, I remember the head counselor giving this speech describing my personality and letting everyone know how much I meant to the staff. She talked about how I would always encourage the other campers to do their best and that I kept people happy and laughing. I was also known to bust out a dance move if music was playing anywhere at anytime. I’m never disrespectful to the beat. I’m pretty sure I did the most with all of that balled up energy during those young years. The next year, I literally sat there during the ceremony smiling and waiting for the head counselor to call my name again. Yeah, I kind of let it go to my head after the first time! I will never forget those camp memories. 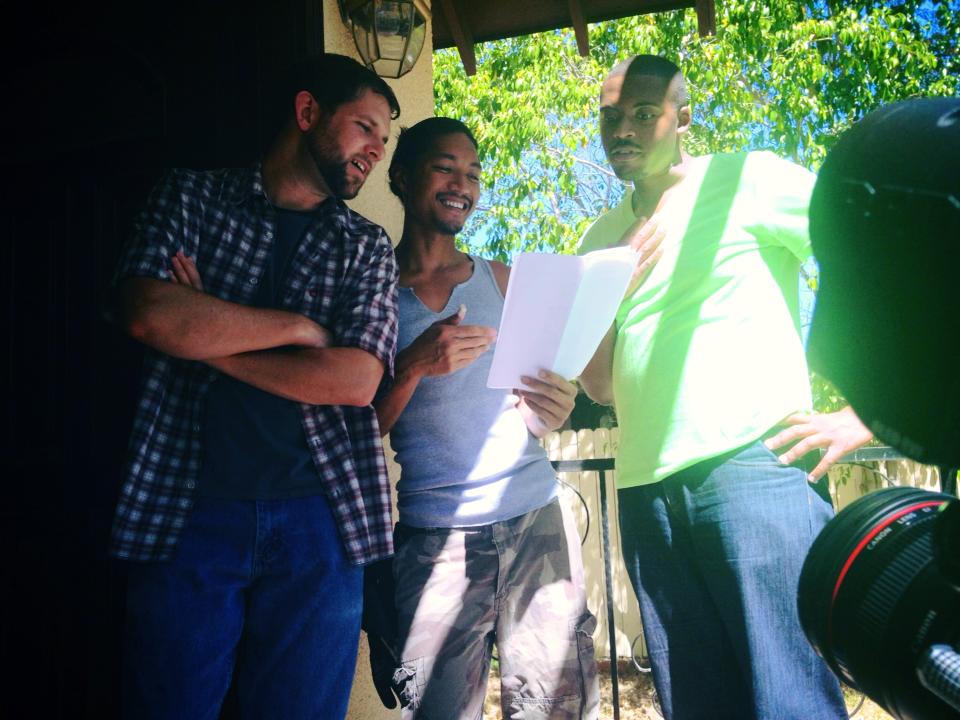 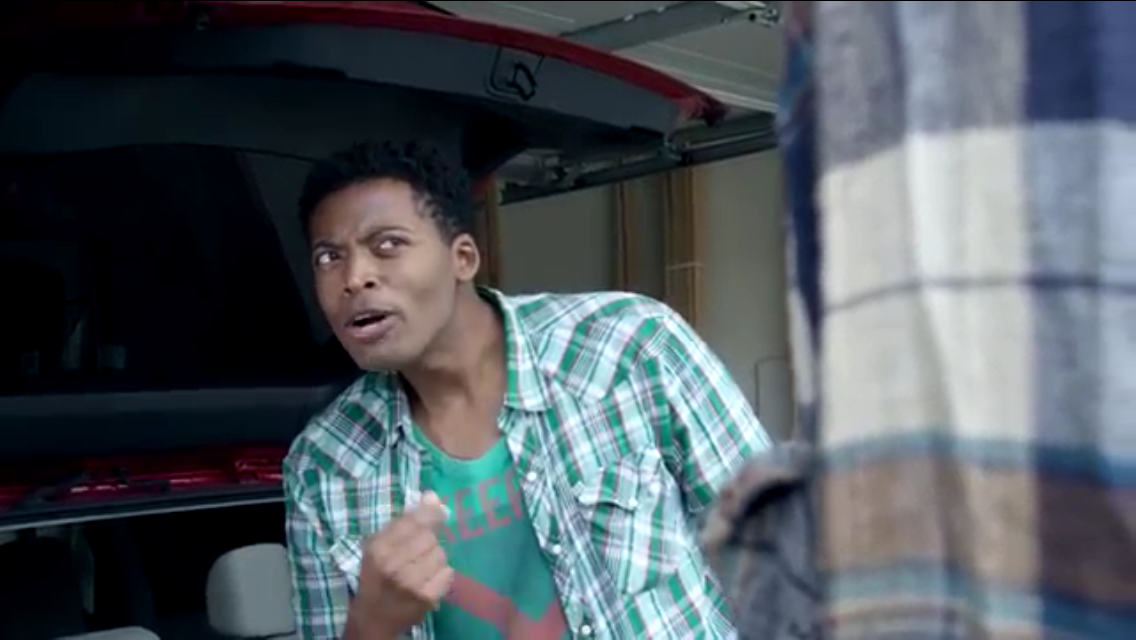 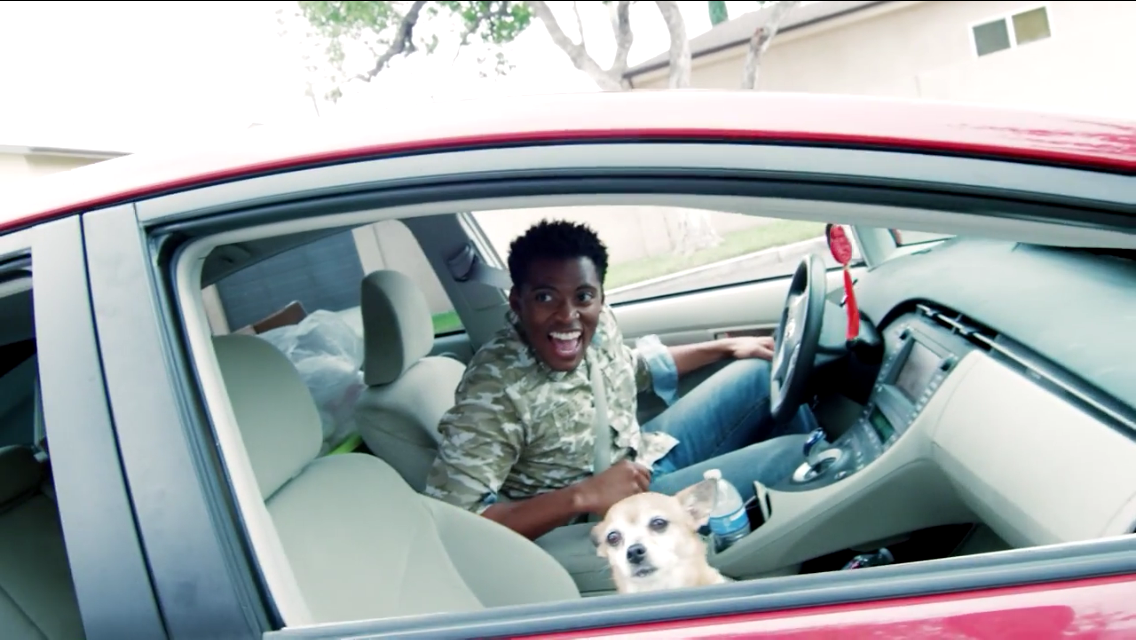 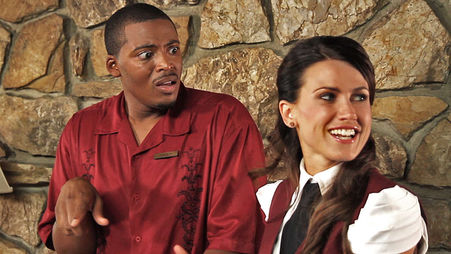 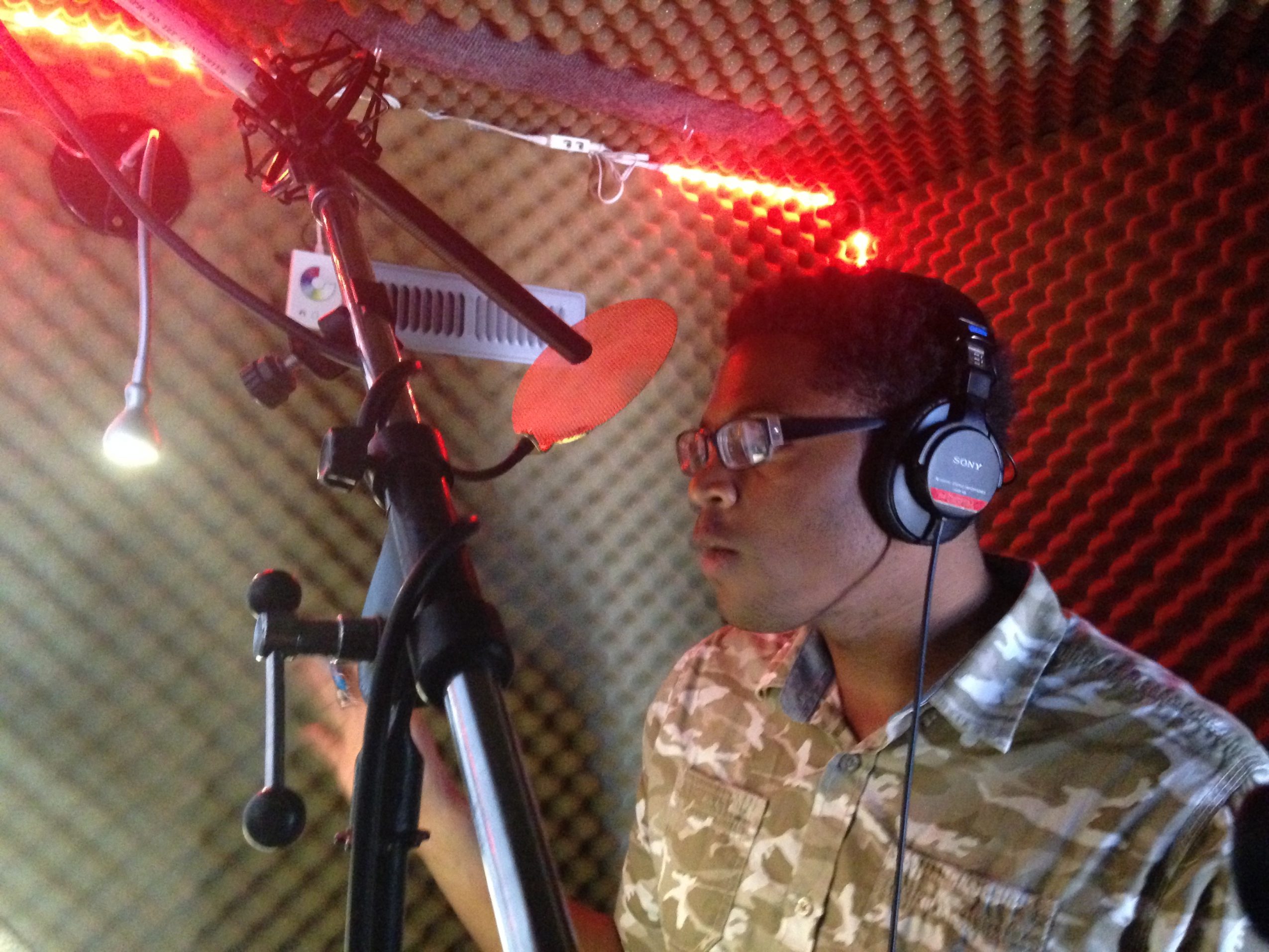 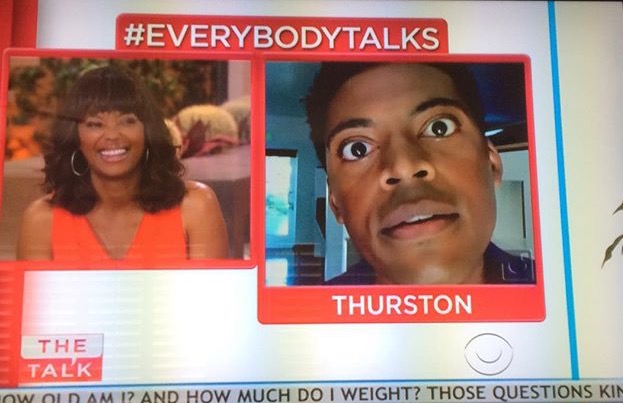 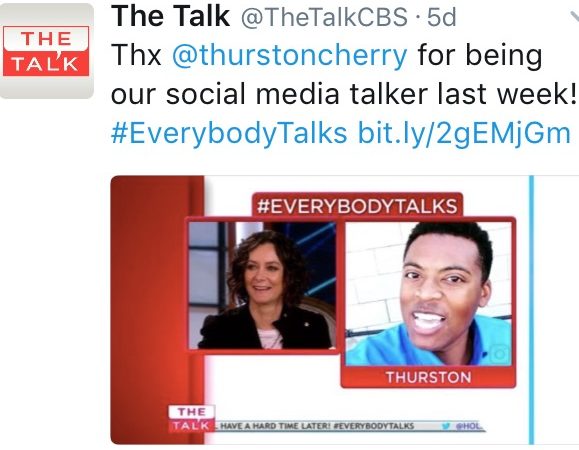