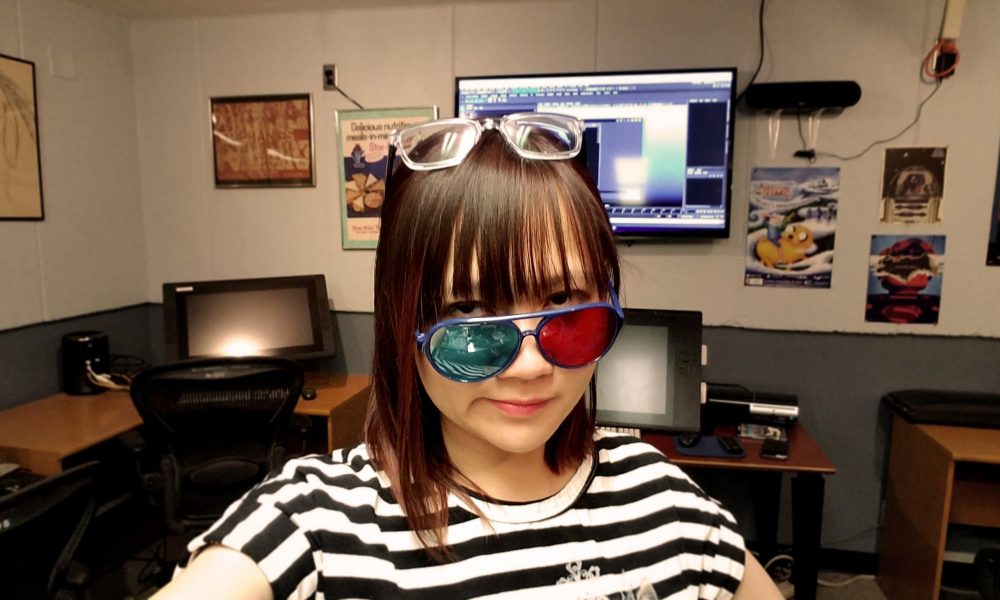 Today we’d like to introduce you to Thu Vu Kim Nguyen.

Thu Vu Kim, can you briefly walk us through your story – how you started and how you got to where you are today.
It started with me growing up watching cartoon shows that are different from what my friends who grew up in the U.S. would watch. These shows were mostly made back in the Soviet Union’s days such as Nu, pogodi! (1969-2006), The Adventure of Buratino (1960), or Hedgehog in the Fog (1975). Anything that we had access to during the postwar time in Vietnam. I remember me and my sister would go to our neighbor’s after school to watch the shows on their black & white TV, way before we have our own TV. Around the time I started primary school, my father discovered Tom & Jerry (1940-1958) on VHS tapes at a local rental store, and we fell in love with it. Even though I couldn’t understand the foreign languages, I still enjoyed all the fun stories and the colorful pictures.

In middle school, a group of French artists came to our class as part of the French-Vietnamese bilingual program that I was in and showed us how to create hand-drawn frame by frame animation. It was my first experience with making an animated film, an I really enjoyed it. Later when it was time for me to decide which major to choose for college, Animation was not an option. Back then, there was no such thing as an Animation major in any Vietnamese universities. I was studying Architecture for a year before I got accepted into the BFA Animation program at the Queensland University of Technology in Australia in 2008. I packed my bag and moved to Australia, chasing my dream of becoming an animator.

After 4 years of college and another year working as an animator/illustrator, I went back to Vietnam and got a 3D artist job at a Singaporean post-production company based in Ho Chi Minh City, Vietnam. During this time, I realized that even though the Entertainment Industry in Vietnam has grown significantly with feature films and TV shows made by local filmmakers, the Animation market is overrun by Japanese and Korean products. With the hope of developing a unique filmmaking style for myself, one that is not heavily influenced by industrial norm, I decided to go back to Animation study. Around Spring of 2014, I was very happy to be accepted to the MFA in Film and Television at UCLA, major in Animation. I once again packed by the bag and moved to the U.S. Little did I know, I’ve been on so many exciting adventures ever since I landed in LAX.

I graduated from UCLA in 2017. Since then I’ve been very lucky to have worked for the two award-winning stop-motion animation studios Bix Pix Entertainment and Stoopid Buddy Stoodios. “Tumble Leaf” is my favorite preschool animated series of all time. I love all the cute and charming characters, and the level of details on the puppets and the sets are so captivating. Being a VFX artist at Bix Pix Entertainment was a dream comes true. Then I was brought on the “Supermansion” show at Stoopid Buddy Stoodios, where my mind was blown when I found out about the celebrities involved on this show such as Keegan-Michael Key, Chris Pine, Bryan Cranston, and Yvette Nicole Brown…

All I can say is I’m living many of my dreams right now and I wouldn’t want any of them to end anytime soon.

Has it been a smooth road?
It’s been a hell of a ride.

Growing up in a developing country means the most important thing is to make sure the family has food on the table. My parents wanted me to have a stable job, so school was the most important thing in my life back then. I remember having to leave home at 6:30 am in the morning for school, and I would stay there until 5:00 pm because being in a bilingual program means double the coursework. After school, I would go to multiple supplementary classes and wouldn’t get home until 9:00 pm. Getting into university was very competitive so I wasn’t the only kid with the crazy schedule. But study hard didn’t mean no play time.

My parents would take us on vacations once in awhile and they were mostly short trips to the countryside to visit our grandparents and other relatives. My childhood memories are filled with hours of chasing after my sister on a rice field under the sun, or ‘taking shower” in the rain then got very sick after, or me building a sand castle on the beach while the other kids preferred jumping in the water. Precious nostalgic moment is a topic that I keep coming back to in a lot of my projects.

Growing up in a developing country, surrounded by the same people and knowing the same culture, I was naive and somewhat ignorant of all the social changes happening around me, and around the world. It took me a very long time to step out of my comfort zone. Moving away from my family at age 18 was the biggest challenge. Back in high school, I was an A grade student who could do the math and recite poems, I had no idea how to cook and do laundry while going to college in a foreign country where people don’t speak the same language, and their culture is definitely different from mine.

Then I was called “Chinese” multiple times, and some people on the street would tell me to go back to where I came from, that’s how I learn about discrimination. I was told that men like women with long hair, so I cut my hair short. I was expected to get married and have children in my 20s, but I was too busy making cartoons. I was told that artists don’t make money, and they would probably not be famous until after they died, well guess what, I’m making art and I love it.

All the good and bad experiences that I’ve been through, they’re struggles and they are blessings. If I had chosen to stay home with my parents, I would have never learned about racism, sexism, equity and diversity, or how to fight for what’s right to be a citizen of Earth. I wouldn’t call myself an activist artist, but these social issues have been the backbone of the stories I want to tell. I can’t say that I’ve got out of my bubble, but it has definitely grown a lot bigger.

We’d love to hear more about your business.
During my time in the U.S., I’ve made two short films and a Virtual Reality experience. My first short film “Hot Chocolate” is the love child of me and my American dream. “Hot Chocolate” is about a girl who recently moved away from her hometown and had to adjust herself to the new environment. She went out to find the one thing that could help warm up her heart in the ‘cold’ L.A. winter: a hot chocolate.

An unexpected encounter on the way back changed her point of view. The film got into multiple national and international film festivals, and it’s now available on Vimeo at https://vimeo.com/kimthuvunguyen/hotchocolate.

My second short film “General Dupont in General Dupont Doing Laundry” is a satire of wealth and domestic life. It’s a short act by General Dupont, an 18th-century aristocrat, doing a household chore -laundry, on a theater stage. It was my experiment combining vaudeville entertainment with modern CGI animation. The film has been selected by a few film festivals and is still in festival circuit. Its trailer could be found at https://vimeo.com/196906133.

In June 2017, I got selected to attend the Oculus Launch Pad Bootcamp at the Facebook Headquarter. It was a life-changing experience that a small town girl like me would have never dreamed of. I then participated in the 10 weeks Virtual Reality (VR) development challenge. My project “Noodles” is a VR experience telling the slice-of-life story of a little girl named Kat, who celebrated her birthday by going out to eat noodles with her father. “Noodles” was chosen to be a recipient of the Oculus Launch Pad 2017 Scholarship Program, and it will be released later this year. More information about the program could be found at https://www.oculus.com/blog/meet-the-2017-oculus-launch-pad-scholarship-recipients/.

I’ve fallen in love with VR since day one. I believe VR has the power to visualize memory, re-create dreams, and connecting one another not only on a physical level, our five senses but also on an emotional level, our feelings. Many issues we have in our society today came from a lack of understanding one another’s lives and backgrounds. The more we know, the more we can be open-minded to others’ way of living which could be completely different than ours.

Imagine instead of telling someone about an experience that I have, I can let them experience it themselves in VR. Whenever someone shares with me their childhood memory, I often wish that I could go back in time, be part of that story, and be able to feel the emotion resonated in their mind. I have always wanted to make a short film about family and childhood. I wish not only to tell a story but also to convey a certain the emotion through the way the audience interpret the story in their mind. We as a human being are capable of caring and sharing, of putting ourselves in other people’s shoes and see life through a different point of views.

Is our city a good place to do what you do?
L.A. is the home of the Entertainment Industry and has recently become the center for new media creative content such as Augmented Reality and Virtual Reality (AR/VR) experiences. There are film screenings and entertainment events happening around the city almost every week. There are well-known animation organizations to join such as the ASIFA-Hollywood, the Creative Talent Network (CTN), and the Women In Animation. Many major animation studios are located in L.A. such as Walt Disney, DreamWorks, Nickelodeon to name a few.

L.A. also has the most diverse community I’ve known. I can find people from all walks of life here, bringing with them their rich and vibrant cultures. I feel blessed to be surrounded by many talented professionals and likewise creative minds, many of them have been my mentors and my friends over the years. This city is the best place where I can finally make my childhood dream come true. 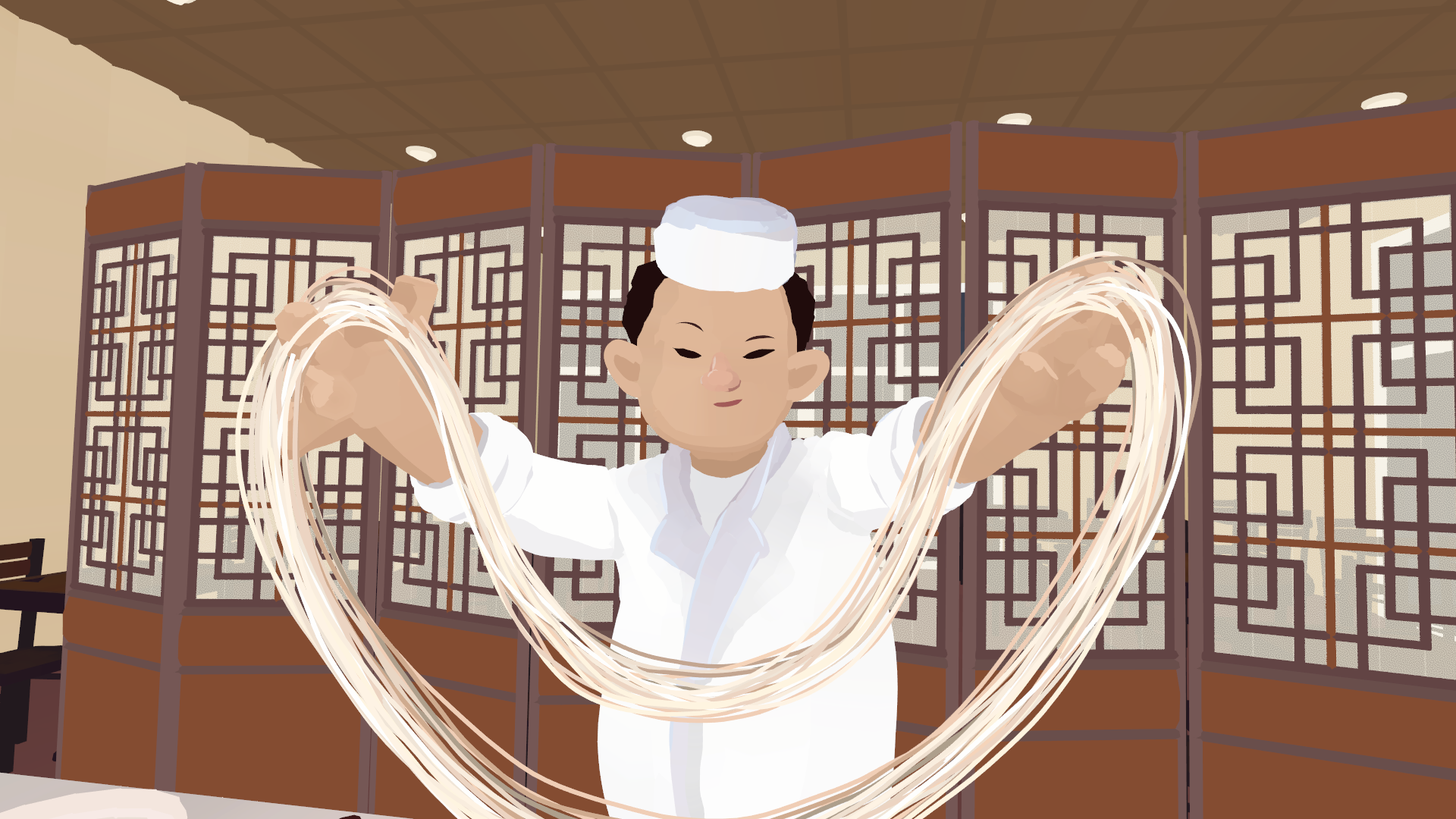 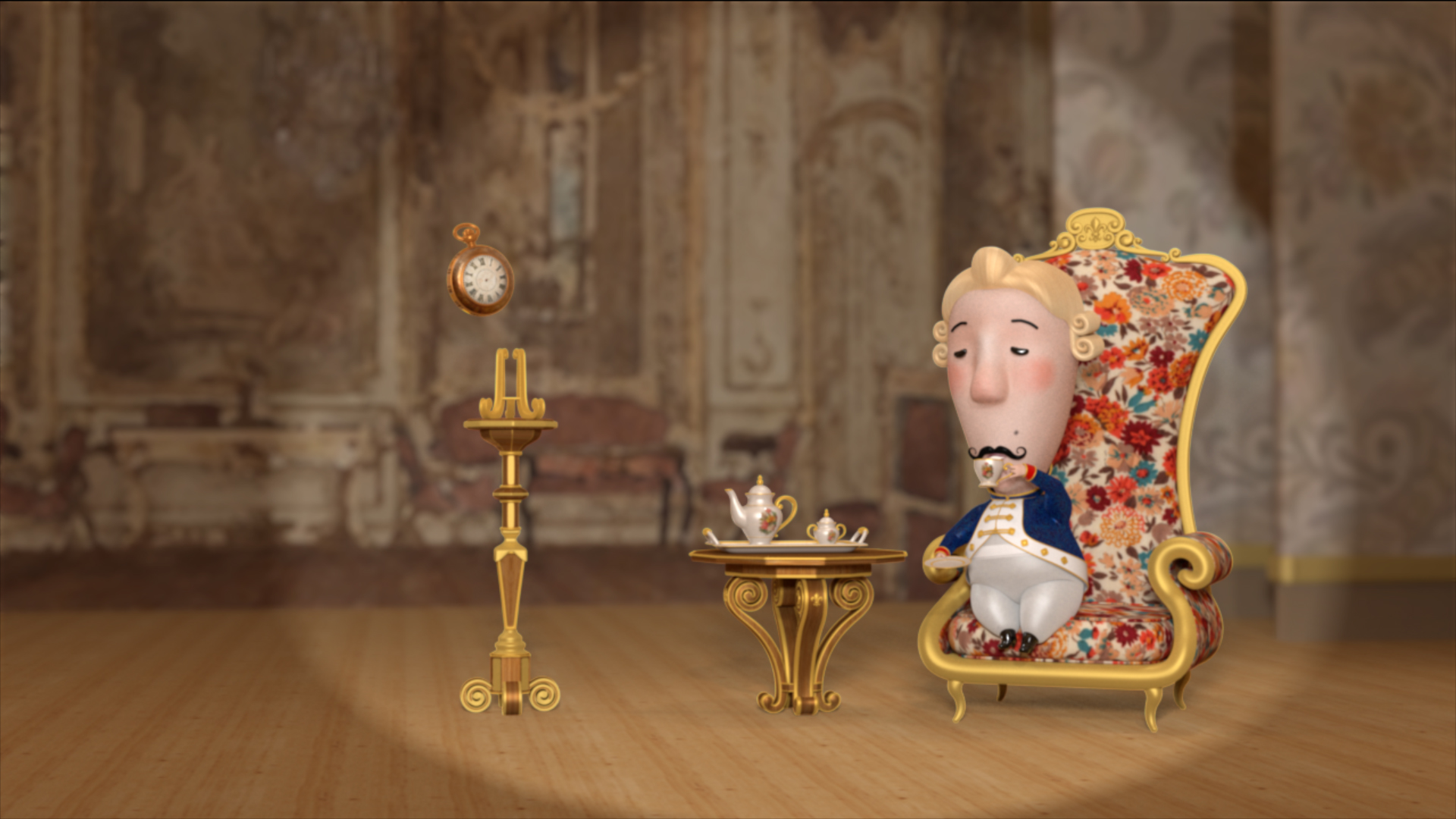 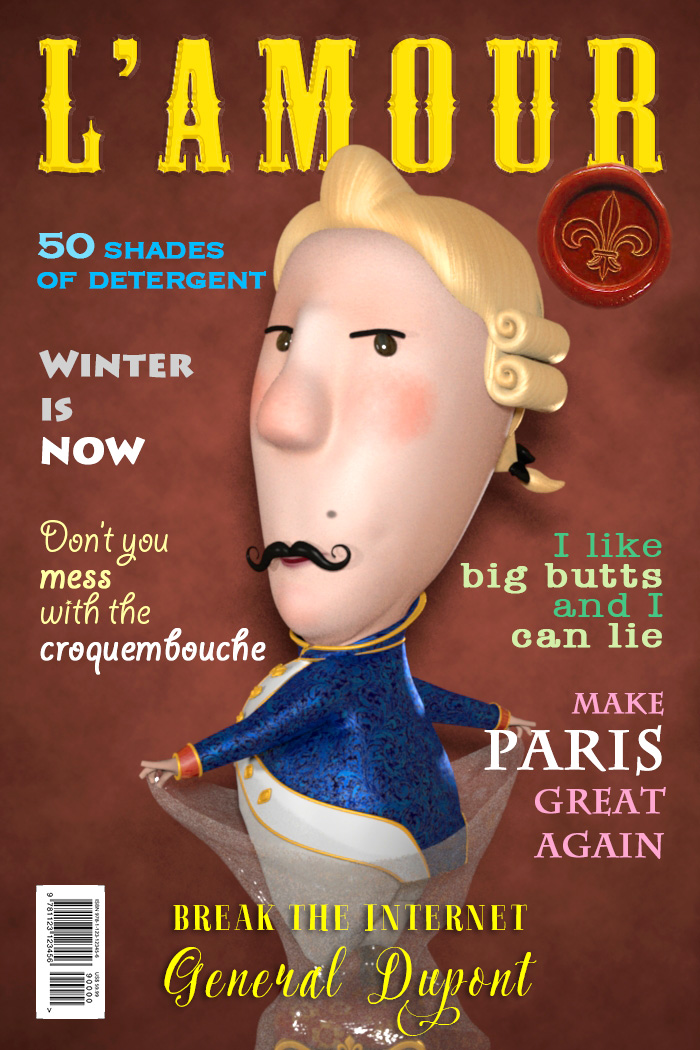 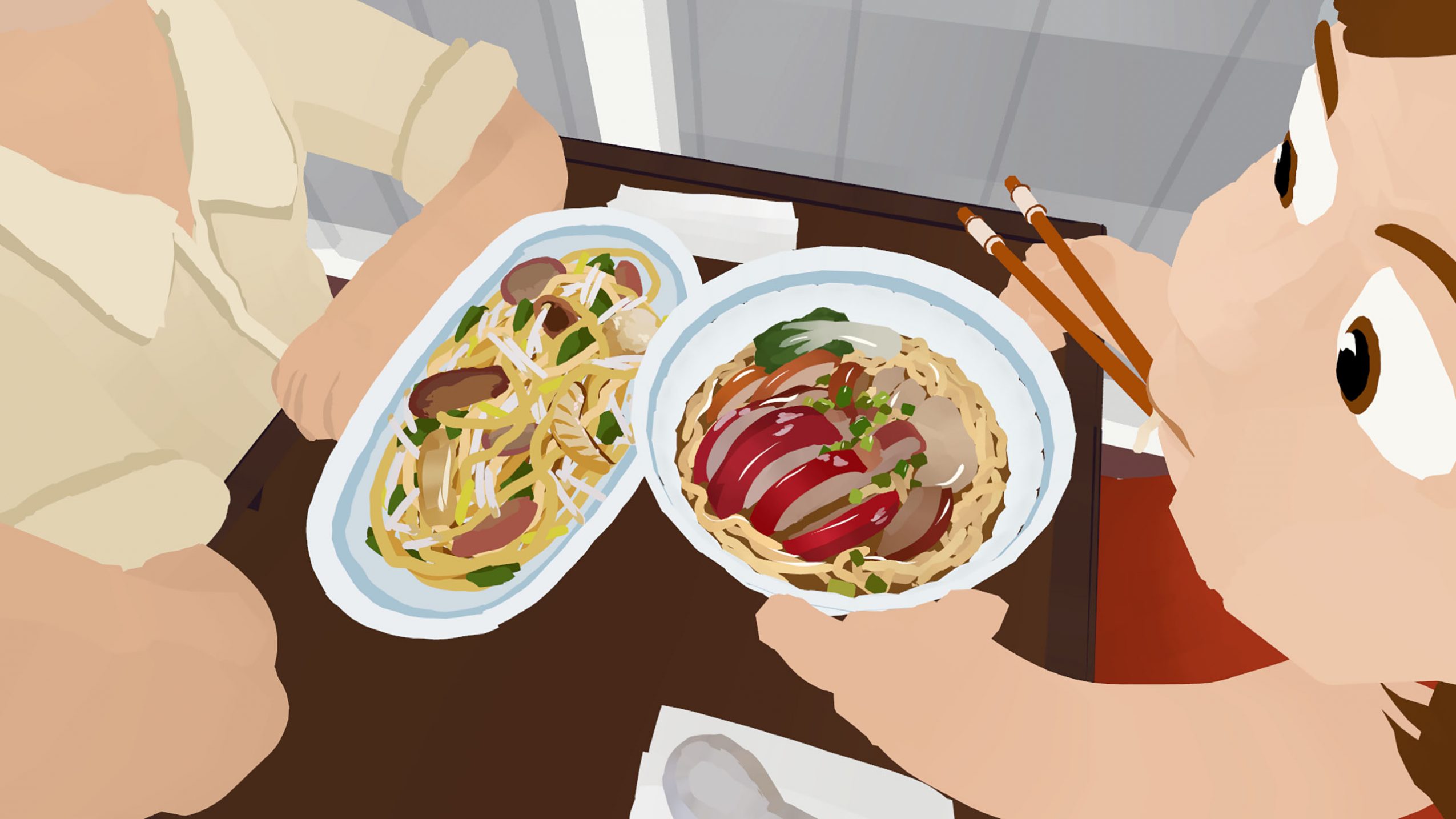 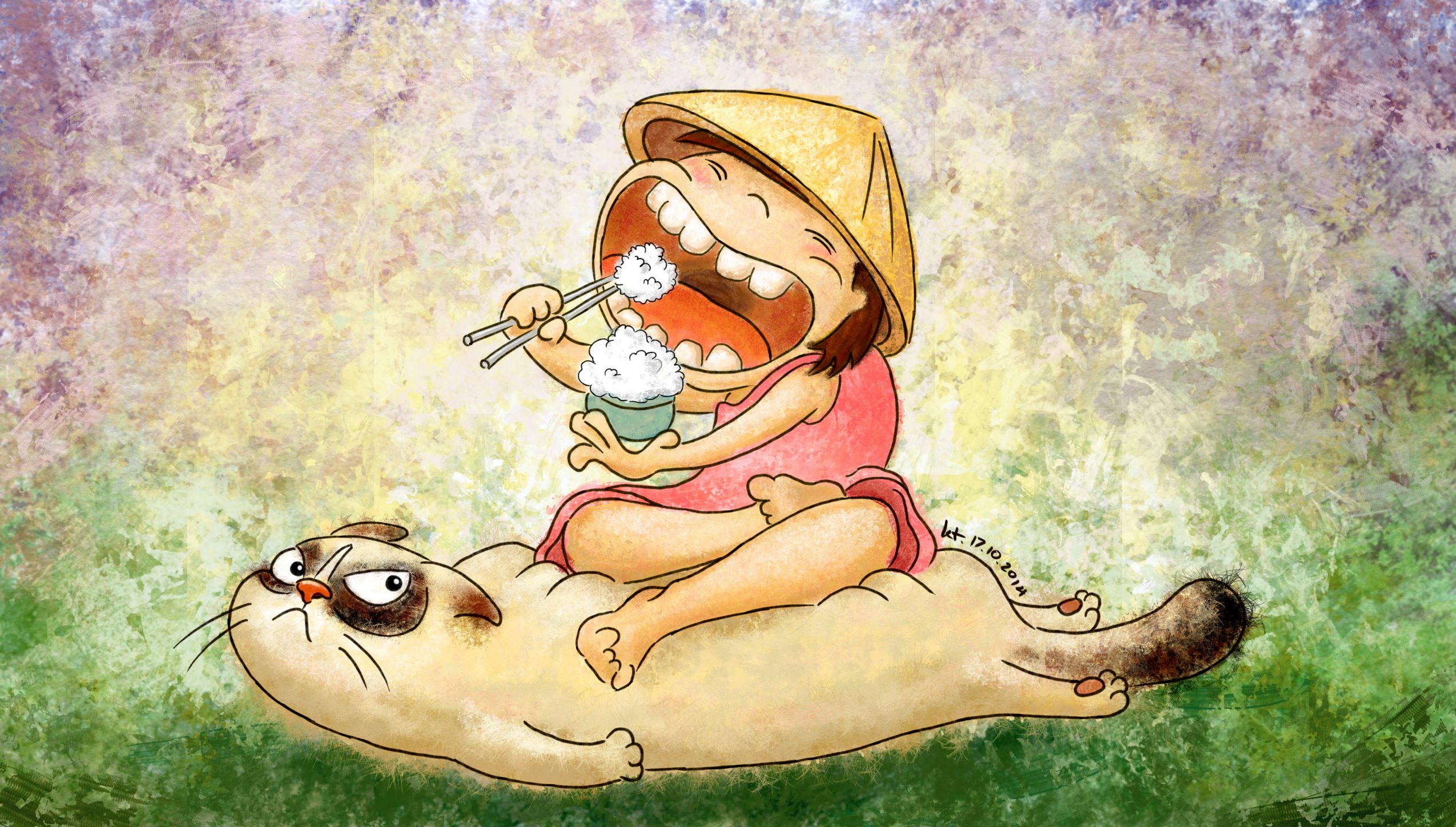 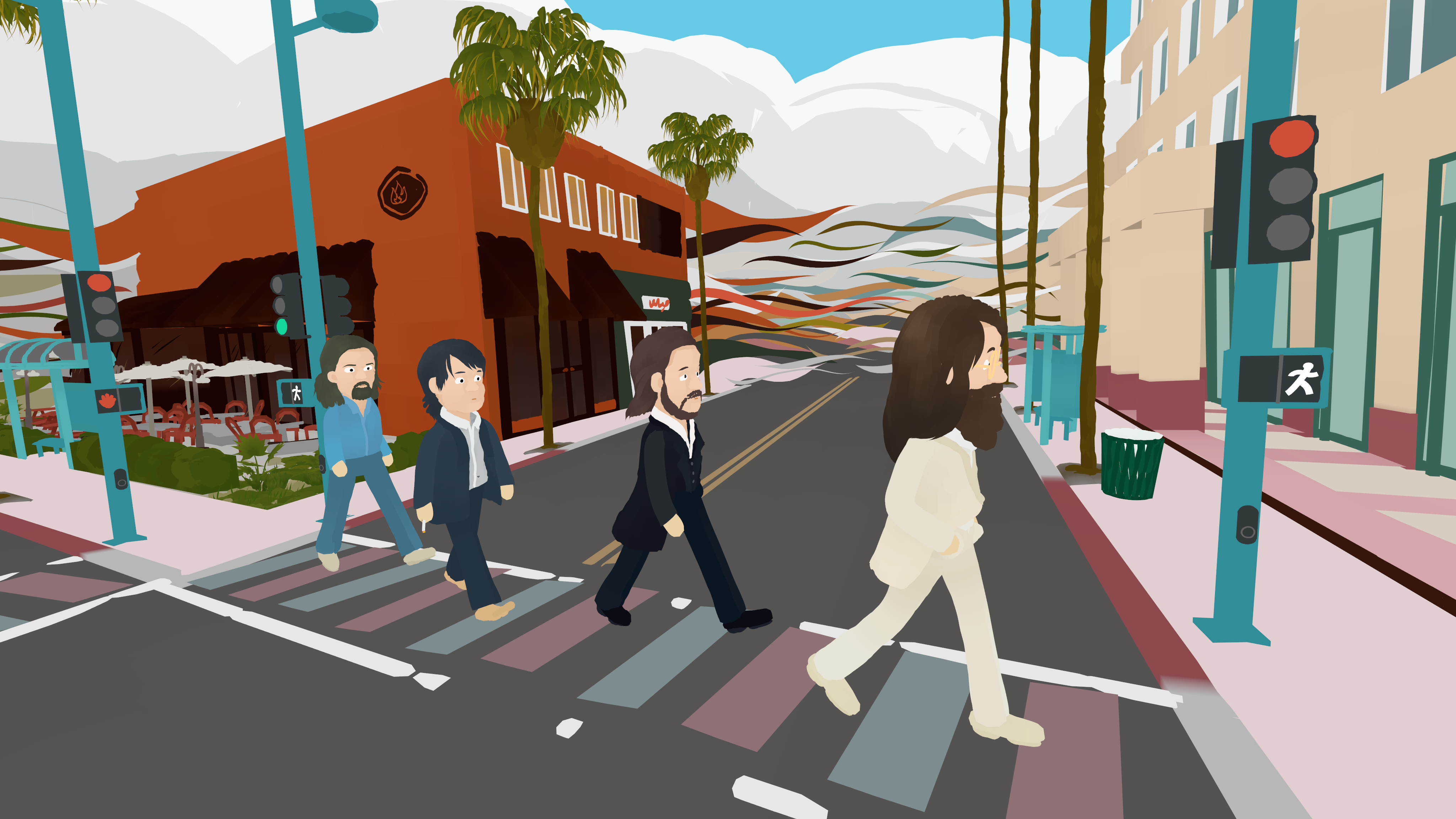 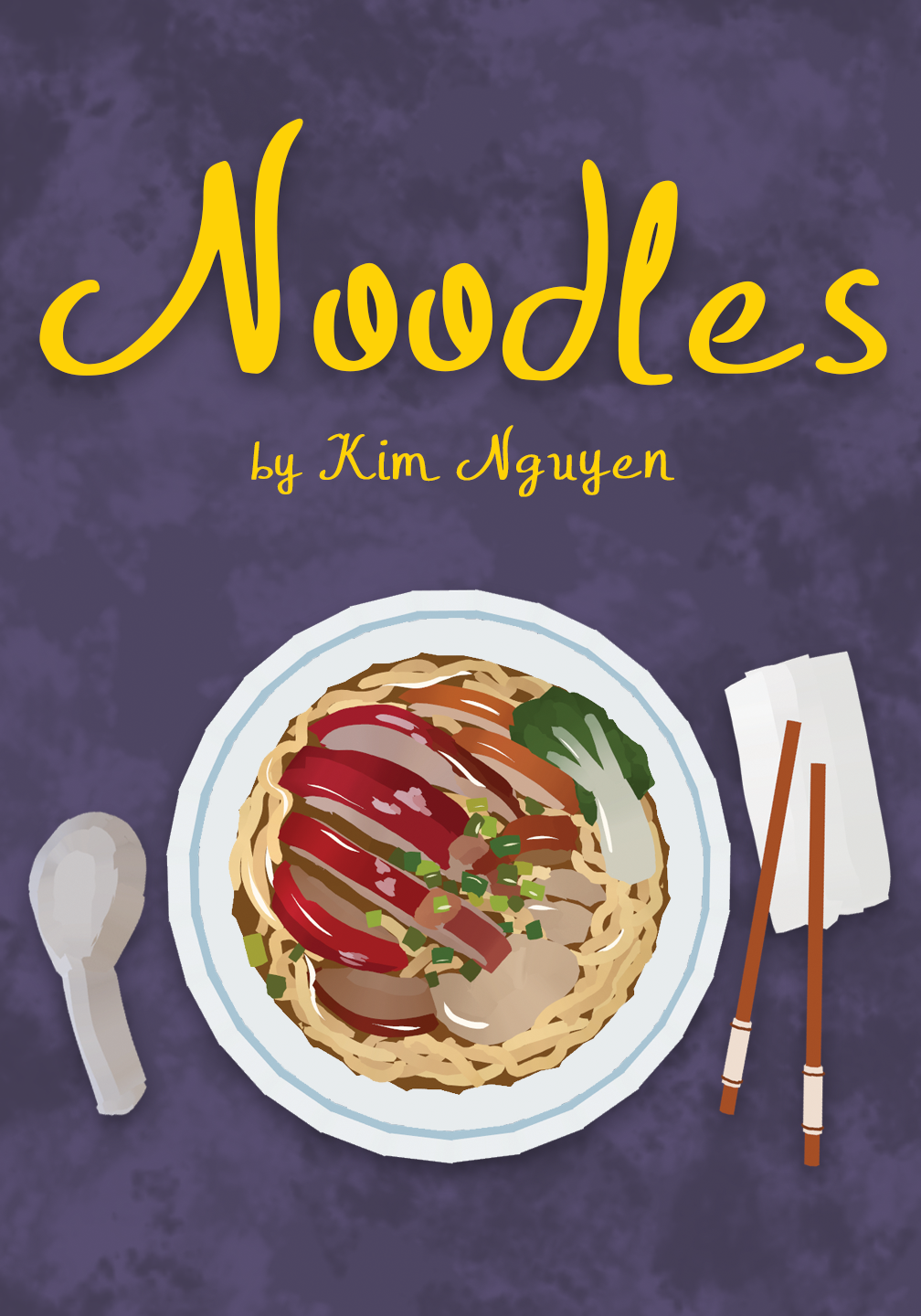