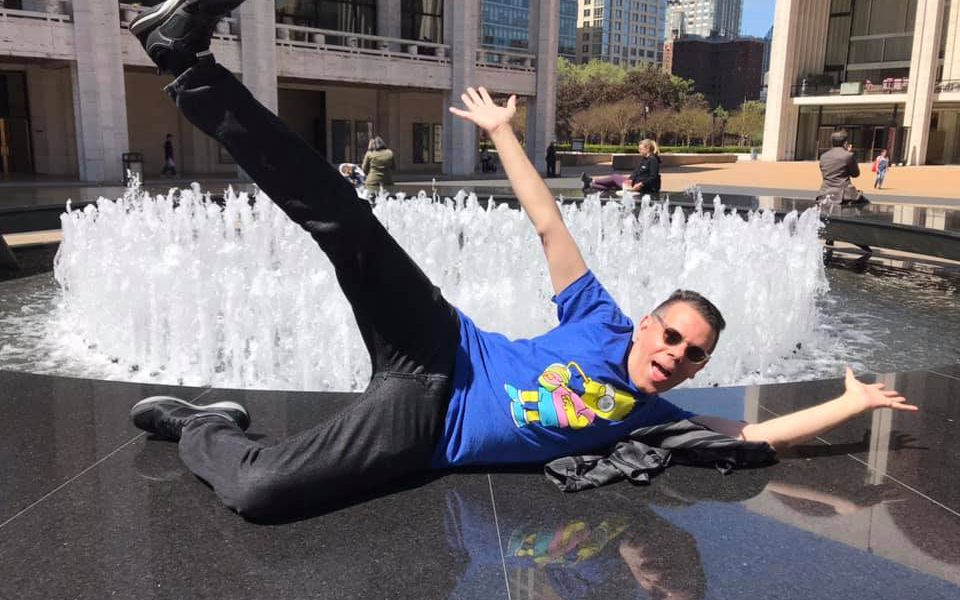 Today we’d like to introduce you to Tom Misuraca.

So, before we jump into specific questions, why don’t you give us some details about you and your story.
I was born and raised in Revere, Massachusetts, a coastal town outside of Boston. All my life, I wanted to tell stories. Before I could write words, I told stories by drawing pictures (stick figures, I’ve never been a good illustrator). I was a voracious reader and soon realized I wanted to be a writer. In high school, I started writing original stories, mostly horror.

I attended Emerson College in Boston where I studied Writing, Publishing and Literature. Though I concentrated in Professional Writing in the hopes of making a living from my writing, I enjoyed my creative writing classes much more. I graduated in 1991 and moved to Los Angeles in January of 1992. No, it wasn’t to work in the film industry. Though I dabbled in production for a short while, I had no desire to write for film and television. I wanted to write short stories and prose.

I had a knack for writing surreal short stories with a mixture of humor and terror. It took awhile for my stories to find a home, but between 1994-2009, I had over 60 short stories published in literary magazines. Along with that, I was writing novels, all of which never got more than a little interest from publishers. Until my vampire parody, Lifestyles of the Damned, was accepted for publication by James A. Rock Publishers. It was released in 2009, and I thought that was going to launch me into the literary world. Instead, it was a major disappointment. Once published, James Rock did nothing to promote it, or even get it into bookstores. And my grassroots marketing efforts were futile. I wasn’t too anxious to jump into my next novel.

So I worked on that play I’d had on the back burner for a while. I joined First Stage LA, who at that time were in the Hollywood United Methodist Church. They had a weekly workshop, and when I brought in my first piece to be read, they told me how funny it was, but that there was no depth to it. Still, I was bitten by the theater bug and began writing both short and full-length plays. The short plays were quickly being stage read and produced all over the country. There was nothing like sitting in a theater and hearing an audience laugh and react to my words. I’d found my literary home.

Short play wise, I’ve had well over 100 produced or stage read in almost every major city in the United States as well as the UK, Canada and South Korea. I have won multiple audience and judges’ awards.

With a few unproduced full-length plays under my belt, I started working on a musical. It was an ambitious project for me since I couldn’t write music. But before I knew it, I had a book and lyrics for Geeks! The Musical. It was developed at First Stage LA originally. I invited a composer friend, Ruth Judkowitz, to the first staged reading to see if she were interested in writing the music. The reading was directed by Bennett Cohon. And it would turn out that this trio would be the driving force behind this musical. Ruth was able to put my words to music and at that point, Write Act in Hollywood took an interest in hosting another reading of it with the music, which Bennett also directed. The musical about a gaggle of geeks finding and losing love at the San Diego Comic Con piqued producer John Lant’s interest, and he put it on Write Act’s schedule for March 2012. Bennett directed, Ruth provided the music and I co-produced it with the help of Anne Mesa.

Within the span of a year, three more of my full-lengths were produced in Southern California. The ParaAbnormals was produced at Zombie Joe’s Underground in North Hollywood, directed by Sebastian Munoz, one of the cast members of Geeks!. Edgar was the first L.A. Production of The Unknown Artists. Tenants was world premiered at Tehachapi’s Community Theatre. I was dubbed “Tehachapi’s Favorite Playwright” because I’d won their Playwrights’ Festival three times.

In 2014, my full-length, Golden Age, won the Pickering Award and was produced at the Tibbits Opera House in Michigan (it was later produced again at McKinney Repertory Theatre in Texas, which I was able to attend). The same year. Little Black Book won the Las Vegas Little Theatre’s New Work award and was produced there in April. Soon after, The eBook of Love was selected out of 500 scripts to be stage read by Asylum Theatre in Las Vegas. It further cemented my connections in the community, and it went on to be produced at Las Vegas Fringe.

A few local theaters have supported my work a great deal. Actors Workout Studio in North Hollywood hosted an afternoon of my short plays called Objects of My Affection. And for many years, I’ve had multiple short plays produced at Sherman Oaks’ Whitefire Theatre’s shorts series. I continue to work with Force of Nature Productions. At the end of 2018, they hosted A Night in Tom’s Shorts, which was a retrospect of my short plays. And in early 2019, they shot a film of my short play, No Problem. It recently had a YouTube premiere.

2019 was one of my biggest theater years to date. I had four full-lengths produced in three major cities. I once again won the Las Vegas Little Theatre New Works Award with my play, Figments. It was produced there in May. Geeks! The Musical premiered Off-Broadway at St. Luke’s in April and then extended three weeks. Masters of The Dark Realm was produced by Force of Nature Productions at Actors Workout Studio in Los Angeles.

And Suicidal Blonde, a play I’d written with producer, Jake O’Flaherty, was produced at Whitefire Theatre. For me, it was a dream come true, because Jake asked if I would help write a play for his friend, Kimmy Robertson, who I knew from Twin Peaks. It was a fanboy dream come true. Jake assembled a great cast, including Broadway veteran Pam Trotter.

The eBook of Love was scheduled to be produced by Force of Nature Productions in April, but like all other L.A. Theater, COVID has made its future uncertain.

Some may say a playwright in Los Angeles is a fish-out-of-water. But the theater community here is vast and energetic. And as much as I love to see my work produced all over the country, there’s nothing better than seeing it produced in my adopted town.

We’re always bombarded by how great it is to pursue your passion, etc – but we’ve spoken with enough people to know that it’s not always easy. Overall, would you say things have been easy for you?
It has been far from smooth. Like most artists, I’ve had to deal with a great number of rejections. Granted, it’s par for the course, but still never makes it easier. At first, it was being rejected by publishers and theaters. Now, the difficulty is finding an agent, somebody to help bring my work into larger venues. I’ve reached out to many agents, most never respond, others only want referrals. It’s discouraging when I’ve done so much on my own that it’s difficult to find somebody to help get me to the next step.

And even just finding local producers and theaters who want to take a chance on new work. And once a show is up and running, promoting it is always the challenge as well. Many theaters do not have the means to get the word out there, so it is up to me and my team’s own grassroots efforts.

And, unfortunately, theater is not an endeavor that pays well, if at all. So the biggest struggle is trying to work a “day job” while finding the time to write, submit, promote and work on theater projects. For many years, writing was something I had to do after working 9-5. I was able to move to freelance in the early 2000s, but then the challenge became making sure I had enough money to survive while being able to fulfill my passion.

We’d love to hear more about your work and what you are currently focused on. What else should we know?
Though my writing is not technically a business, this may be a good spot to mention my “day job”. I co-own a marketing/graphic design company called Ink & Pixels Studios. We specialize in creating websites and marketing materials, both print and digital. We pride ourselves on service. We’re a company that will immediately return phone calls and e-mails. We’ll let you know if we run into any issues in a project, but do our best never to cause panic. And we will also calmly work to put out any fires that come up in a project.

And after years, my two worlds combined. One of my clients is the specialty pharmacy department of CVS Health. For them, I write FactorMan comics to appeal to kids with hemophilia.

Writing wise, I’m doing my best to stay productive while theater is on hiatus. I’ve got three new full-length plays in various stages of development. I’m workshopping one with First Stage LA and another with Force of Nature Productions. My monologue, Mousing, will be performed as a radio play by Kickitdown Productions in London. My ten-minute play, Field Service, will be virtually read in New York City in July as part of The Alternative Theatre’s BelieveAbility series. And I’ve got short stories being published in magazines like Art Times and The Voices Project.

Has luck played a meaningful role in your life and business?
I hate to use the word luck because I think much of it comes from hard work. I’ve had a great deal of bad luck with theater, losing actors, runs being cut short, etc.

Perhaps the good luck is in the supportive friends I have and my loving partner, Ervin, who helps support my writing career. 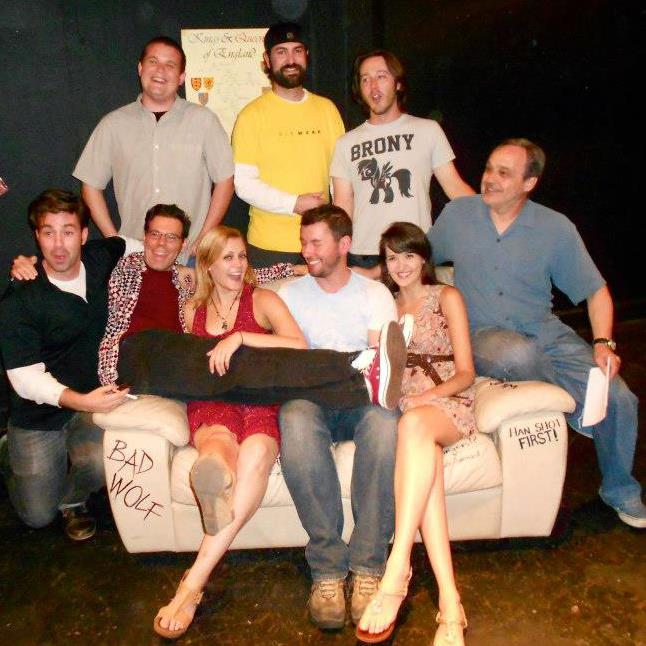 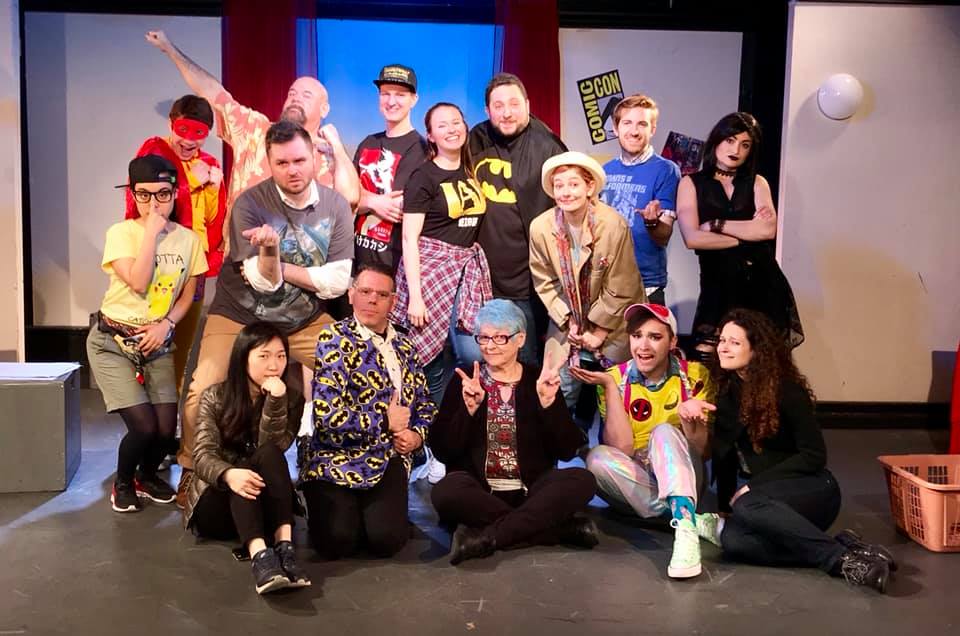 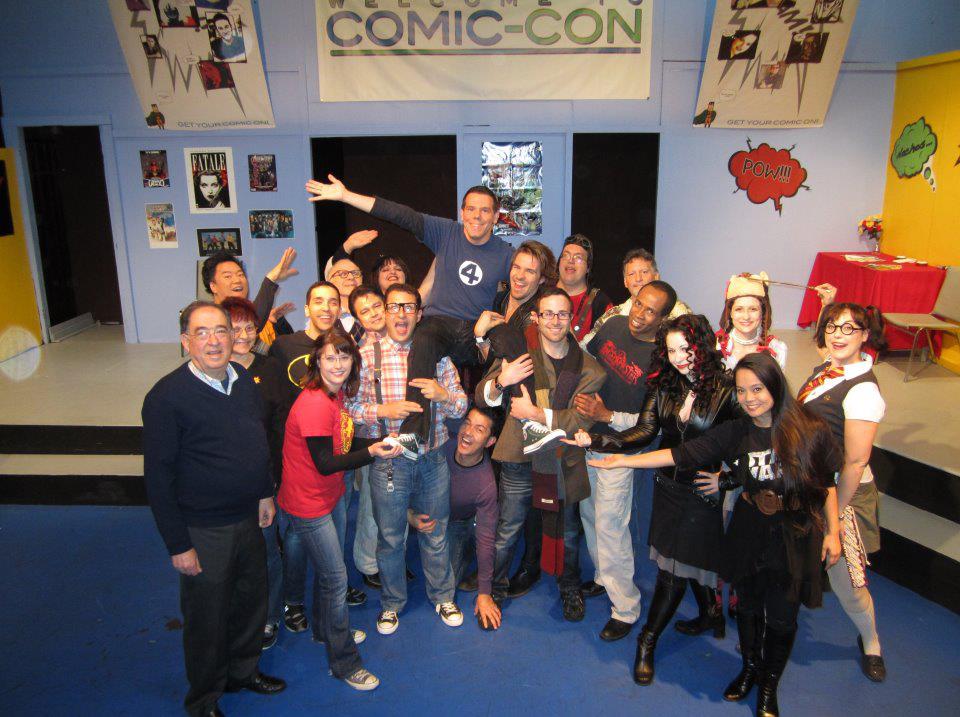 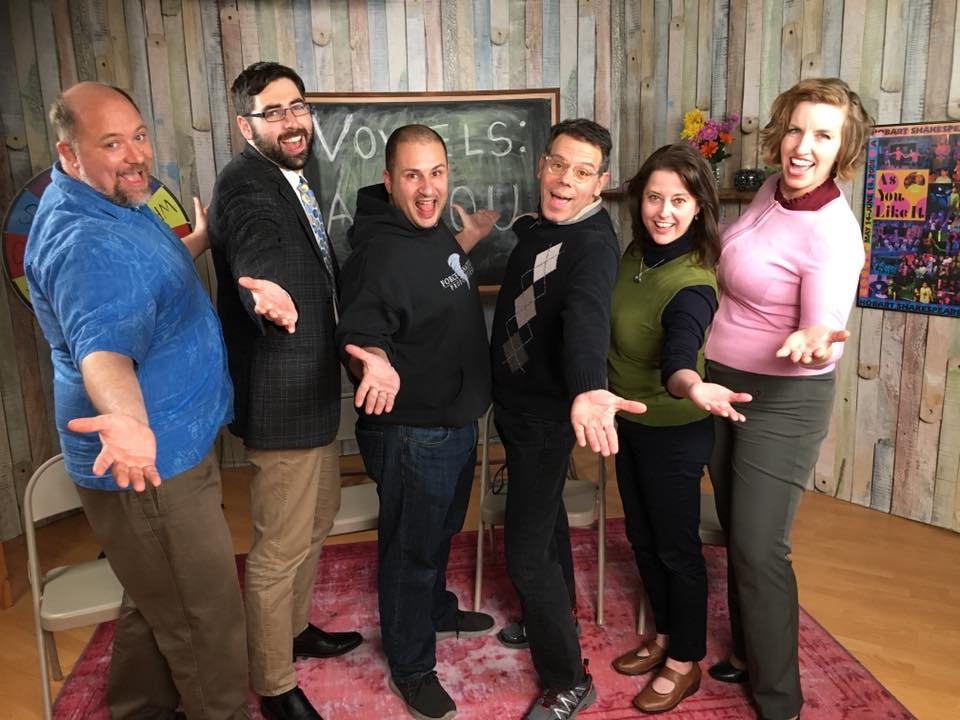 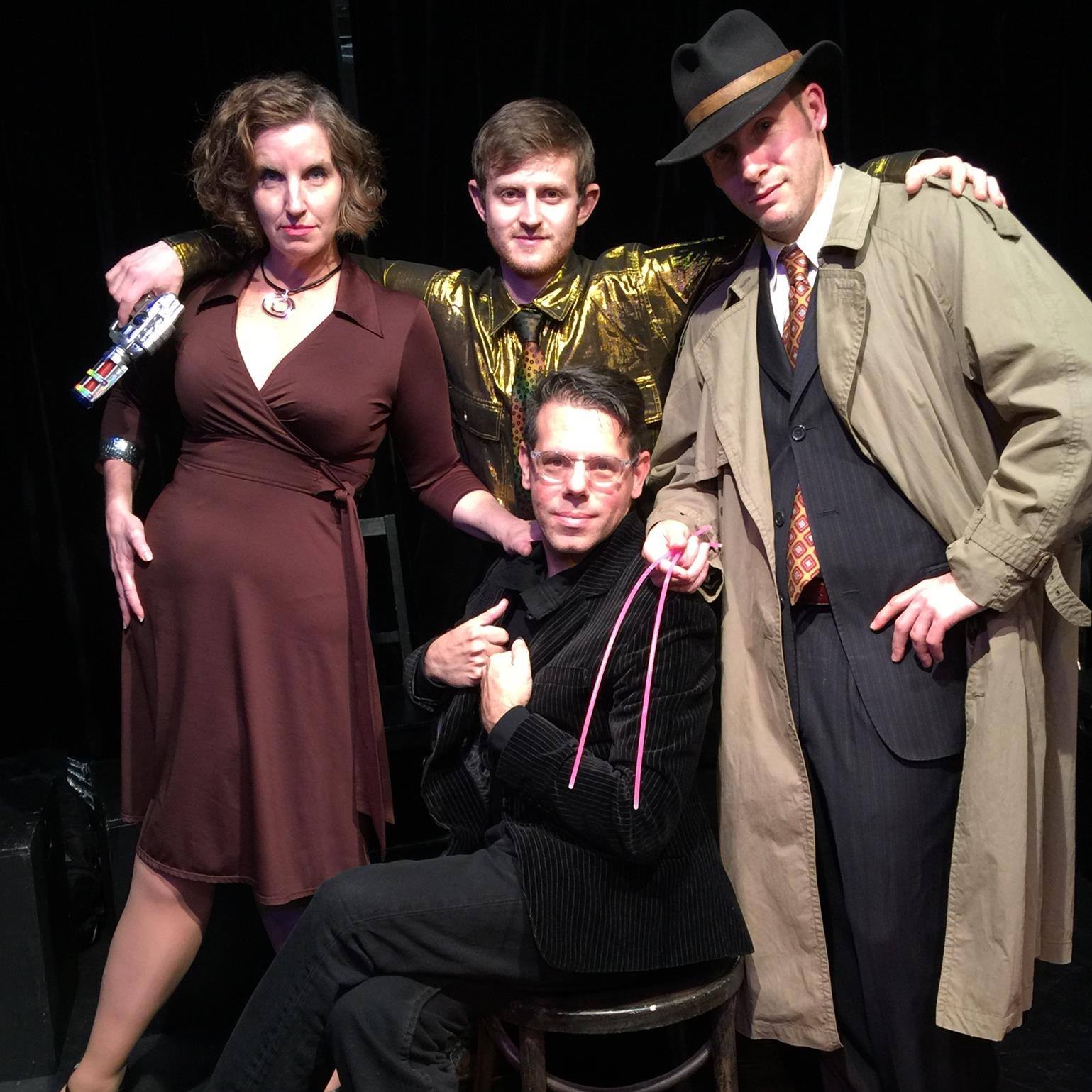 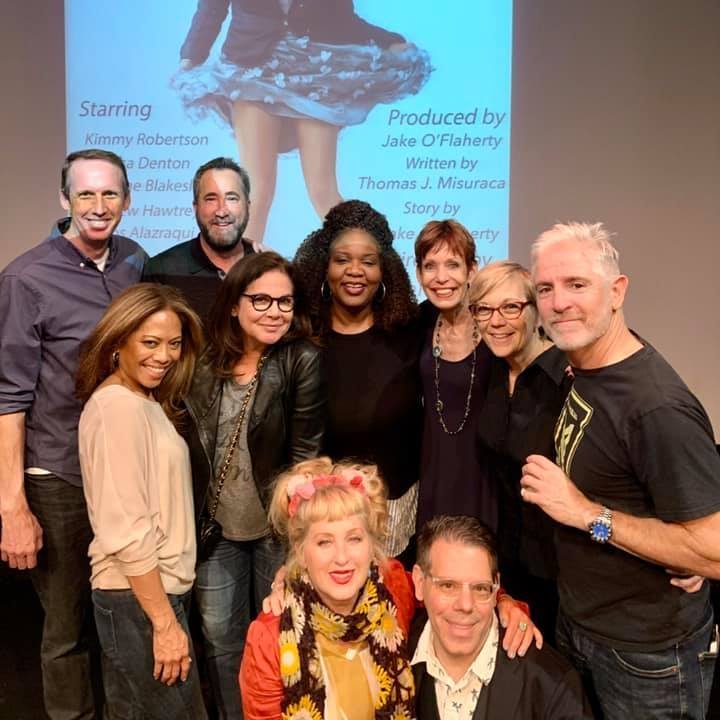 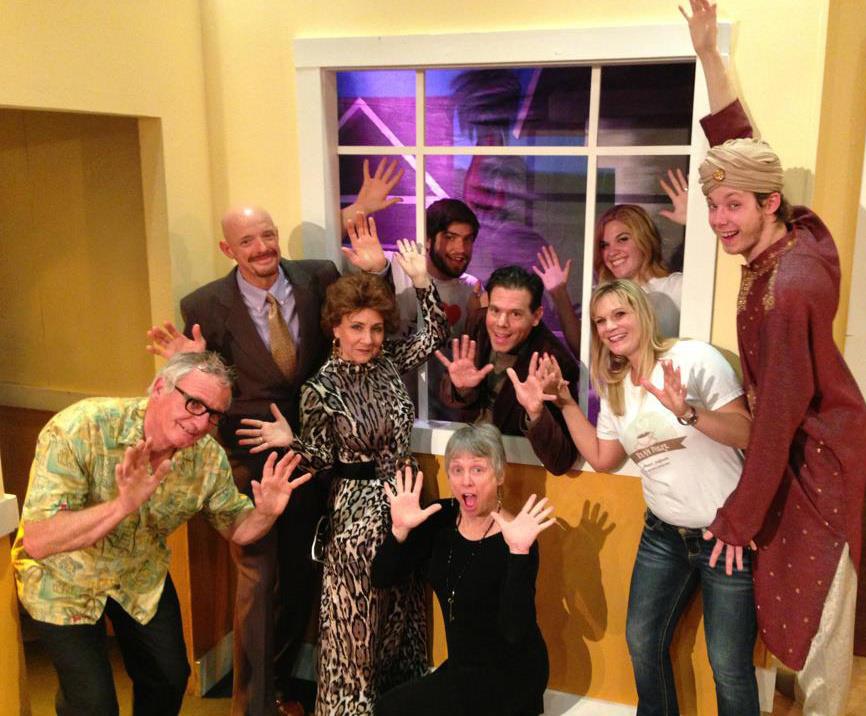 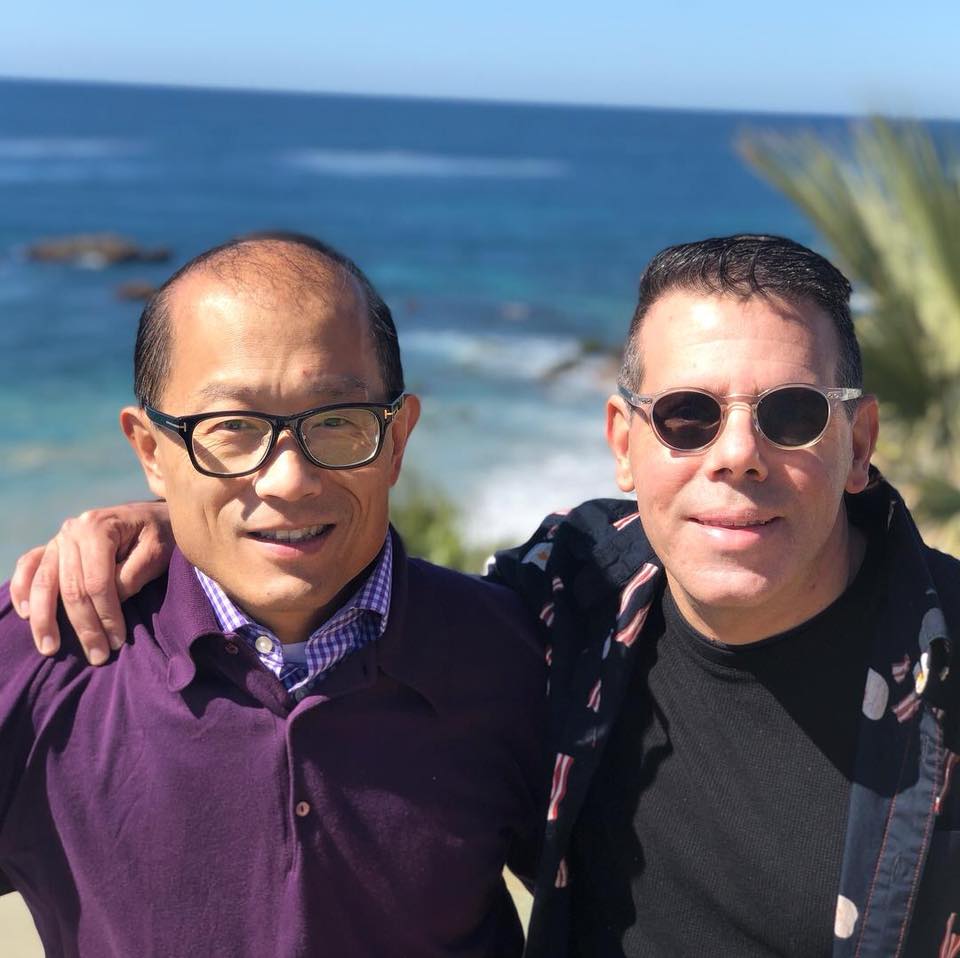 Image Credit:
No Problem image by Carlos R. Hernandez, Tom Misuraca and Ervin Fang by Joyce Inoyue, All others by Ervin Fang