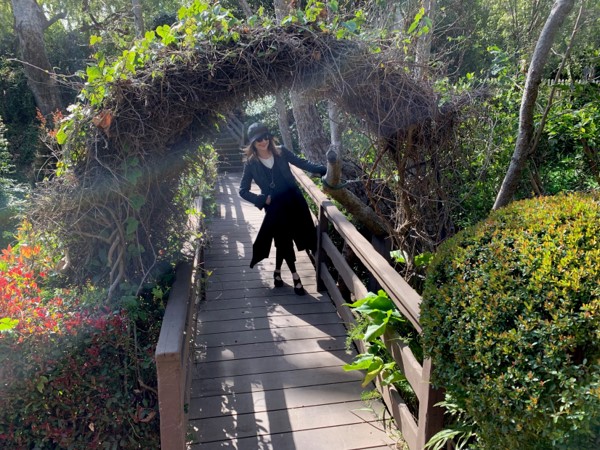 Today we’d like to introduce you to Jan Stanton.

So, before we jump into specific questions about the business, why don’t you give us some details about you and your story.
People describe me as a creative-thinker in rose-colored glasses with lots of “stick-to-itiveness.” I think like an entrepreneur, I’ve raised entrepreneurs, I can spell entrepreneur. And oh, I’ve been on the cover of Entrepreneurial Woman when a fabric-covered home accessory company I started with my ex went from 3 to 12 million dollars in sales in three years. We started it in our home, and it grew. Customers included Bloomingdales, Estee Lauder, Laura Ashley, Pierre Deux, Victoria’s Secret and Tiffany & Co. I named it “I Was Framed,” a self- fulfilling prophecy? Maybe, but moving on…

Next, I created “Heartfelt by Jan Stanton,” designing hats for high-end retail stores (Fred Segal, Barneys and Saks) TV shows (WEST WING, SABRINA THE GOOD WITCH, ONCE AND AGAIN) and features (PRINCESS DIARIES II, THE LADYKILLERS, SPANGLISH.) Meanwhile, my daughter Molly Stanton was cast on the soap PASSIONS where she stayed for five years but was never quite sure it was where she wanted to be. I started writing, thinking it might provide a new opportunity for her and for me.

Thinking like an entrepreneur after writing my first script, I tracked down Syd Field who literally wrote the bible on screenwriting (The Foundations of Screenwriting) and consulted with him on my first script. He said I was “a good writer” (yay!) Later, after writing my first romantic comedy, I tracked down Billy Mernit, author of Writing the Romantic Comedy, and worked on a couple of scripts with him.

As I discovered I loved writing, Molly went onto Primetime. She was doing just fine on her own. But I had a difficult time breaking into the entertainment industry at the age I was. After writing a couple of features and TV pilots, I hired a manager who was as much of an unknown as I was. That’s what happens when you’re a newbie. You don’t have any credibility before you have credits.

So, I decided to be creative in marketing my material. I created a blog, Facebook page, and Twitter account for the lead character in my favorite comedy script. I took on a secret identity of a 20-something struggling Actress. She didn’t get me any deals, but she did manage to get over 55K Facebook fans.

Since getting rep’d by a rep with connections wasn’t happening, I needed to make things happen myself. I wrote a short film script called THINK FAST about a Type-A female Exec on a critical deadline who accidentally answers a wrong- number suicide call and must decide what to do. I decided to produce it myself!

Overall, has it been relatively smooth? If not, what were some of the struggles along the way? All roads in life have a few bumps, but that’s how we learn, right? Years ago, when I first tried to produce a comedy short, I hired a Producer who was a big- talker but ended up being a big-slimy-shark. It was an expensive lesson, but worth it because in 2015/16 when I decided to try again, I was smarter and a better writer.

The second time around I started out with a small team of like-minded, talented creators who I TRUSTED like Director, Bridget Stokes, DP, Bo Bilstrup, and Casting Director, Matt Lessall. From there we built a strong cast led by Molly Stanton, T.J. Power, and Jaz Sinclair.

We surrounded ourselves with an enthusiastic, hardworking crew led by Producer Lena Bubenechik and we became a SAG signatory by creating THINK FAST, LLC. We wound up with a short film we were all proud of – plus I finally earned some IMDB credits as Writer and Executive Producer!

THINK FAST was also part of a special screening by Filmgym Berlin at Soho House Berlin. It will screen at the Artemis Women In Action Film Festival this month.

Has it been a smooth road? If not, what were some of the struggles along the way?
The road hasn’t always been smooth. Through the ups-and-downs, I still tend to see the world through rose-colored glasses, even if they are now slightly cracked. Writing is all about advances and setbacks. My favorite moments in movies and in life are the ones that make you laugh and cry at the same time. When I was younger, creating new businesses was easy for me. I “produced” my ideas, sent out a few press releases (I majored in Journalism in college) and POOF! I was successful. Ageism, unfortunately, is a challenge, but with age comes benefits.

As a writer, life experience has given me many universal messages. The drama we experience when we’re younger is seen from a funnier lens as we look back. And as an extremely happy member of a wonderful blended family, thanks to my marriage to Architect/Builder Rick Holz, I’m surrounded by love and many characters who inspire me.

Please tell us about THINK FAST.
I specialize in creating projects that are about “finding the funny, even when it hurts.” It’s something I learned from my Dad whose motto was always “Keep Smiling,” and he was a great example through the happy times and darkest days. People always say “Write what you know.” My first script, DEADLINE, was about a passionate, Type-A, Exec similar to my daughter Amy Stanton.

My comedy feature FUNNY BONE is about a rising star who stumbles and gets stuck with community service “volunteering” in the ER. The Rising Star was based on my daughter Molly Stanton when she was being cast in coveted roles. And as a Volunteer at Cedars Sinai hospital in the ER for many years, I’ve made many of the same mistakes as I wrote about in my fish-out-of-water rom-com.

As a perfectionist with a vision, I love building a team that not only shares my vision but can bring clarity to it and broaden the view. I love giving young talented filmmakers like Director, Bridget Stokes, and Danish Cinematographer, Bo Bilstrup, opportunities to show the world how talented they are.

Currently, Bridget, Bo and I are developing a short film based on FUNNY BONE with the goal of using it as a springboard for the feature. I guarantee we’ll be creative and entrepreneurial in our strategic plan. Sure, ageism is still an issue in “the business” but as my 20-something alter-ego would say, “Age-Schmage!” The view still looks rosy to me.

If you had to go back in time and start over, would you have done anything differently?
If I had to start over in the film business, I’d try to enter it at a younger age. But looking back at my life, all of the experiences that got me to this point have made me who I am today. So truthfully, I wouldn’t change a thing, unless of course, I could slow down time. It goes by much too fast. 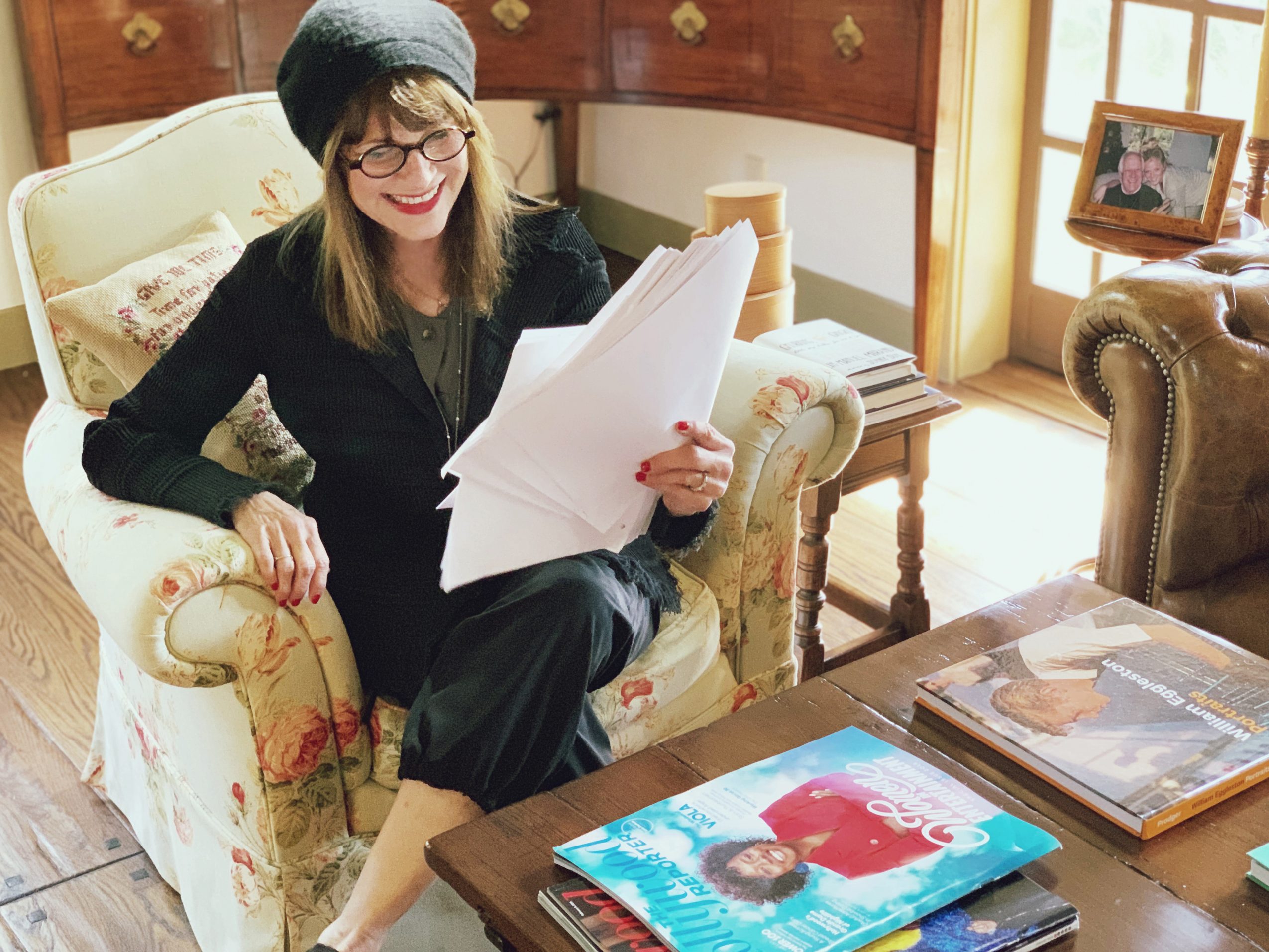 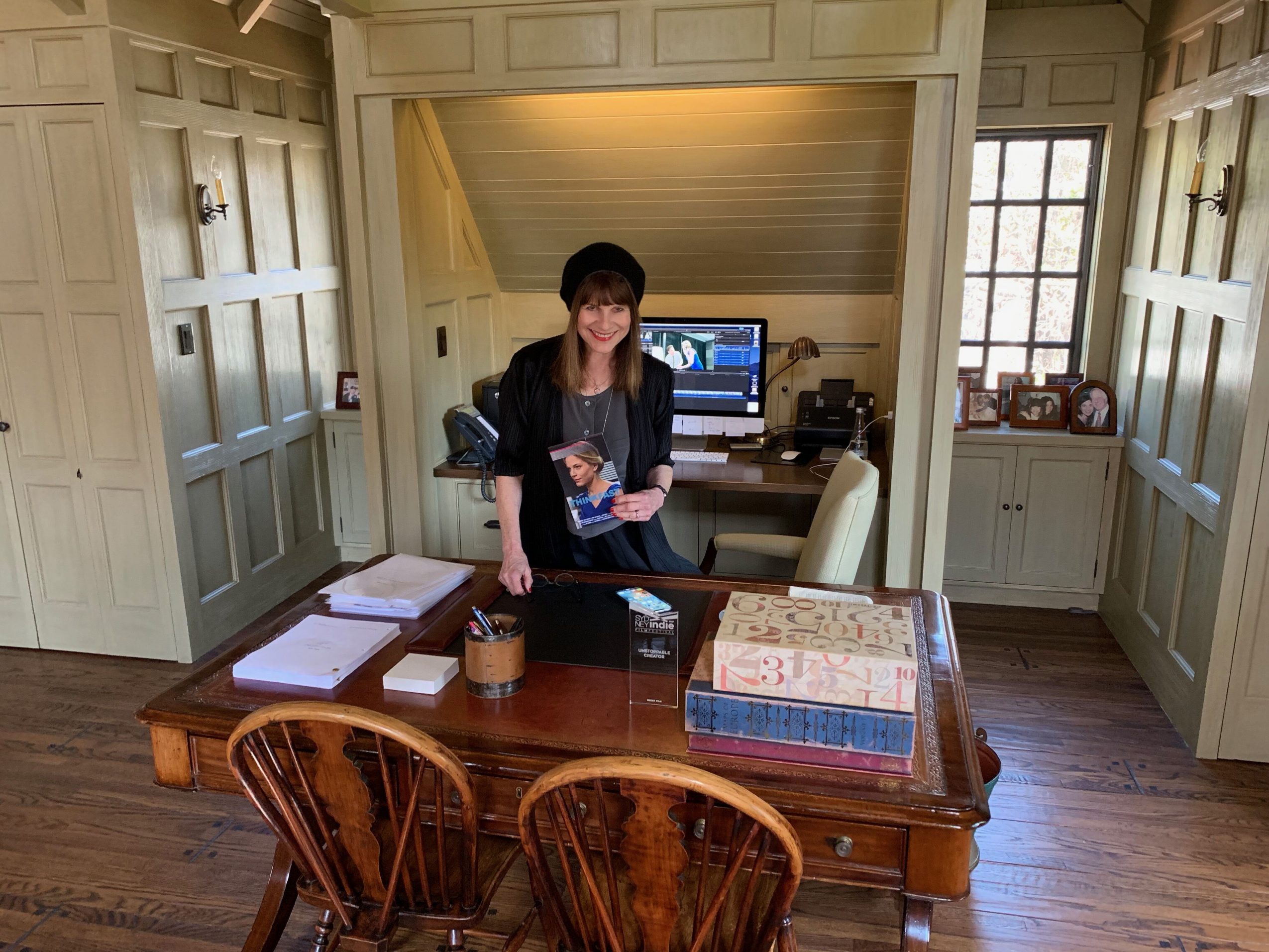 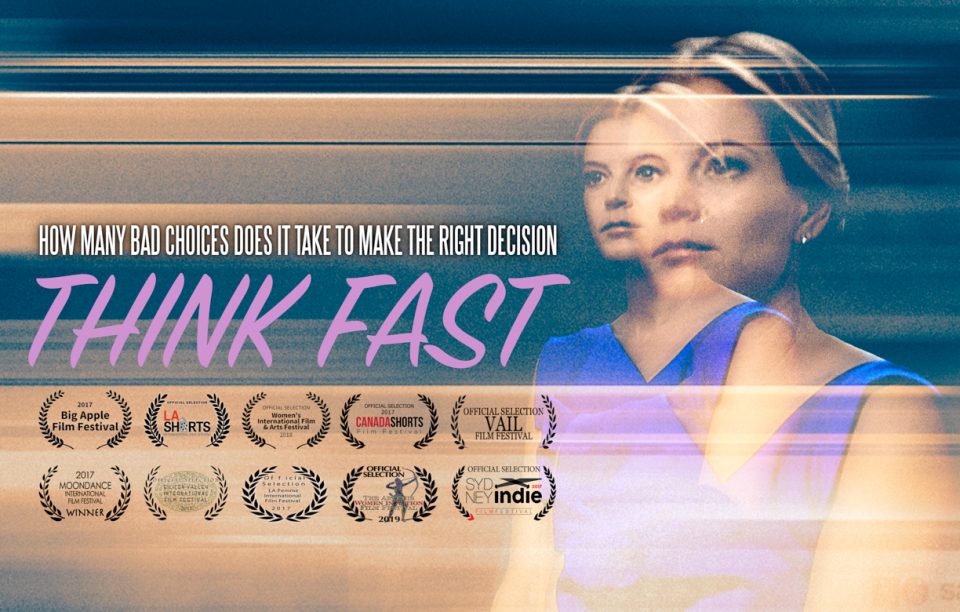 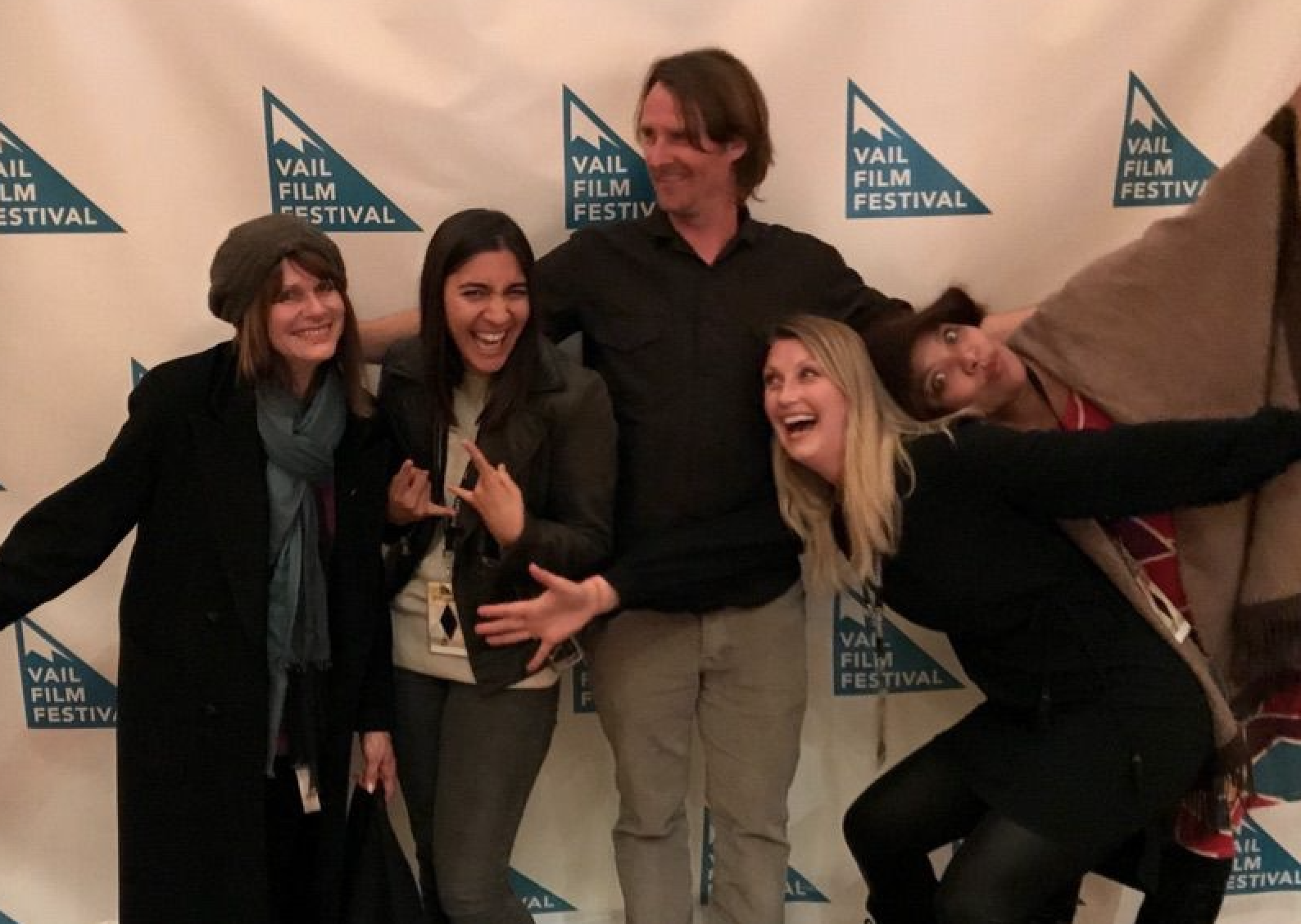 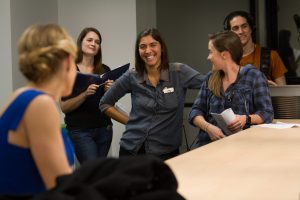 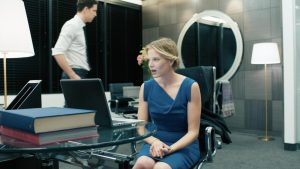 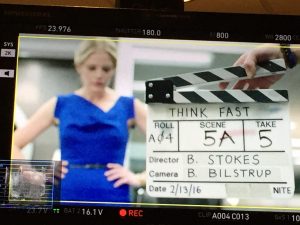 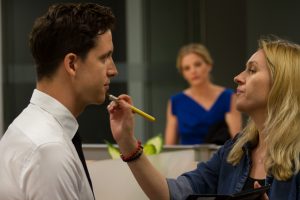 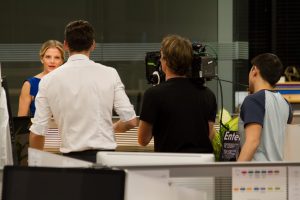