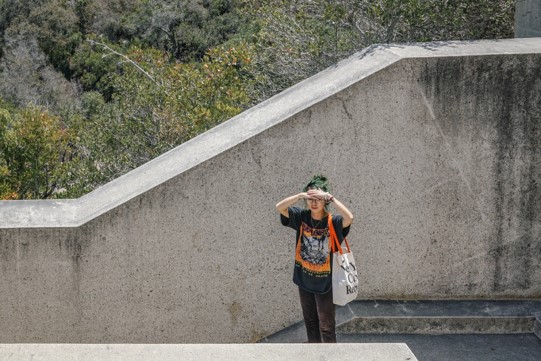 Today we’d like to introduce you to Theresa Meiying Liu.

Thanks for sharing your story with us Theresa Meiying. So, let’s start at the beginning and we can move on from there.
Theresa Meiying Liu. First-Generation Chinese-American. Los Angeles. 1991.

These are the four main building blocks that make up my DNA: my name, ethnicity, birthplace, and birth year. These building blocks automatically assign me to a specific time, place, and memory. All of which influence my design process and life perspective. What I have made and intend to make is ever-evolving.

For the juicy stuff: “Who am I? What do I want to do? What am I interested in?”

These are questions I am constantly refining the answers to. I have this distinct memory of my brother driving me out to the ocean, and the skies were stormy and grey. After parking his car to what perceived to be a dead end, we walked onto this uneven, rocky surface. He stood quietly for a moment and took a deep breath. He said, “Remember this feeling because I’m about to ask you one of the most important questions in your life: What do you want to do?”

I was 15 years old, and I stood there dumbfounded. Till this day I reminisce on that moment and realize I have yet found the answer.

I received my BFA in Graphic Design with a minor in Book Arts from OTIS College of Art & Design in 2013. In April 2019, I received my MFA at ArtCenter College of Design, also in Graphic Design. I am currently a freelance graphic designer residing in Los Angeles, California. It wasn’t until I went to art + design school where I began to appreciate and learn about the process. I was convinced a definitive answer, outcome, or result would triumph over process. Process symbolized tumultuous waters, painful (sometimes unnecessary) introspection, and uncertainty—that progress was designed to be interpreted and not objective.

Upon entering my first year at Yale School of Art—gunning for my MFA in Graphic Design—all the incoming students were mandated to present their previous work. Can you guess what my opening question was? That’s right—“Who am I?”

What I can say is that I was never academically inclined. My SAT scores weren’t the highest. I scored low in AP testing. I applied to every single UC and was rejected by every single one of them. I mention this because that type of rejection challenged my self-esteem for quite some time. It leads me down an introspective rabbit hole—“What am I really good at?” I was stereotypically trying to fit the mold of every Chinese-American/Asian-American teenager in Los Angeles/United States. There wasn’t enough time in a day to think about what I was interested in. I went to my everyday classes, rushed off to Kumon, and almost froze to death on the weekends at SAT prep academies due to their air conditioner blasting out the coldest of air. This literally was my childhood and teenage routine, day in and day out.

On the other hand—to escape what I felt at the time, torture—I obsessed over creating wonky Geocities late at night and indulging in the most democratic era of the Internet. I kept reconstructing the layouts for my Xanga. Downloaded a junk load of music. When MySpace came around, I became intrigued with the basics of HTML & CSS. I was a kid in love with 90s MTV, the Internet, being Chinese-American, and the city of Los Angeles. I was searching for acceptance and tolerance which I believe was referential to the time I grew up in.

Art and design, I would deem it as an additional layer. I wouldn’t say I was “naturally inclined to it.” In reality, art + design forced me to dive head-first into uncharted waters. If I was already accustomed to that level of self-expression at an early age, I don’t think I would be where I am now. It forced me to become more mindful of my intentions. It forced me to engage in subject matters that I normally felt uncomfortable learning. It motivated me to answer who I am going to be today and who I want to be tomorrow.

We’re always bombarded by how great it is to pursue your passion, etc – but we’ve spoken with enough people to know that it’s not always easy. Overall, would you say things have been easy for you?
There’s an ancient Chinese art known as BaZi. This ancient art requires a master to decipher its cryptic language. A friend of mine quickly glanced over my chart and mentioned there were two styles of lives: 1) linear, plain-spoken, and simple and 2) tumultuous, challenging, but transformative. I’ve always chosen the latter. I was always known to learn my lessons the hard way—constantly challenging authoritative figures, questioning the status quo, and disrupting the norm.

My parents HATED that personality trait of mine.

In order for it to be transformative, there needs to be moments of rejection, pain, and suffering. I don’t mean that in any sadistic way. As a Taoist, experiences come in different magnitudes, sizes, and forms—all for the benefit of one’s personal growth. I don’t believe in coincidences; I believe everything happens for a reason.

When I was 14, I had a chronic skin disorder until I was 22. I inhabited a body that I rejected, metaphorically and literally. As I lived with this constant discomfort, I became extremely reflective over the years. I kept wondering, “Why me?” It was an implosion of questions that I couldn’t answer. I was eager to know when a smoother route would sprout about. I yearned and fantasized about normalcy. I wanted to live life as a simpleton.

Of course, we don’t always get what we want without a price tag.

But if I was to put it all into perspective—without that level of discomfort, I might’ve never felt a need to search for something deeper, more meaningful. I was asking the wrong questions. “Who am I?” became “How do I make an impact whether small or large?”

Taoism’s main principles revolve around the Yin (not Ying) and the Yang of life. One cannot live without the other. This philosophy helps me sleep at night.

We’d love to hear more about your work and what you are currently focused on. What else should we know?
I’m currently a freelance graphic designer in Los Angeles, CA. I work and have worked independently for clients such as Onzie, Broken Mouth LA, Bearology USA, and G’DAY USA. I wouldn’t necessarily define myself as a business. At least, not yet.

For my personal work, many themes I’ve investigated are referential to time and place. I’m deeply rooted in Los Angeles, and a lot of my work draws inspiration from this geographical connection.

I actually feel there are any many more talented folks out there besides me. Cheers to those who have consistently inspired me:

Shout out to all CCA, OTIS College of Art & Design, Yale School of Art, and ArtCenter instructors. You guys put in the real work.

Has luck played a meaningful role in your life and business?
“Shallow men believe in luck; strong men believe in cause and effect.” – Ralph Waldo Emerson 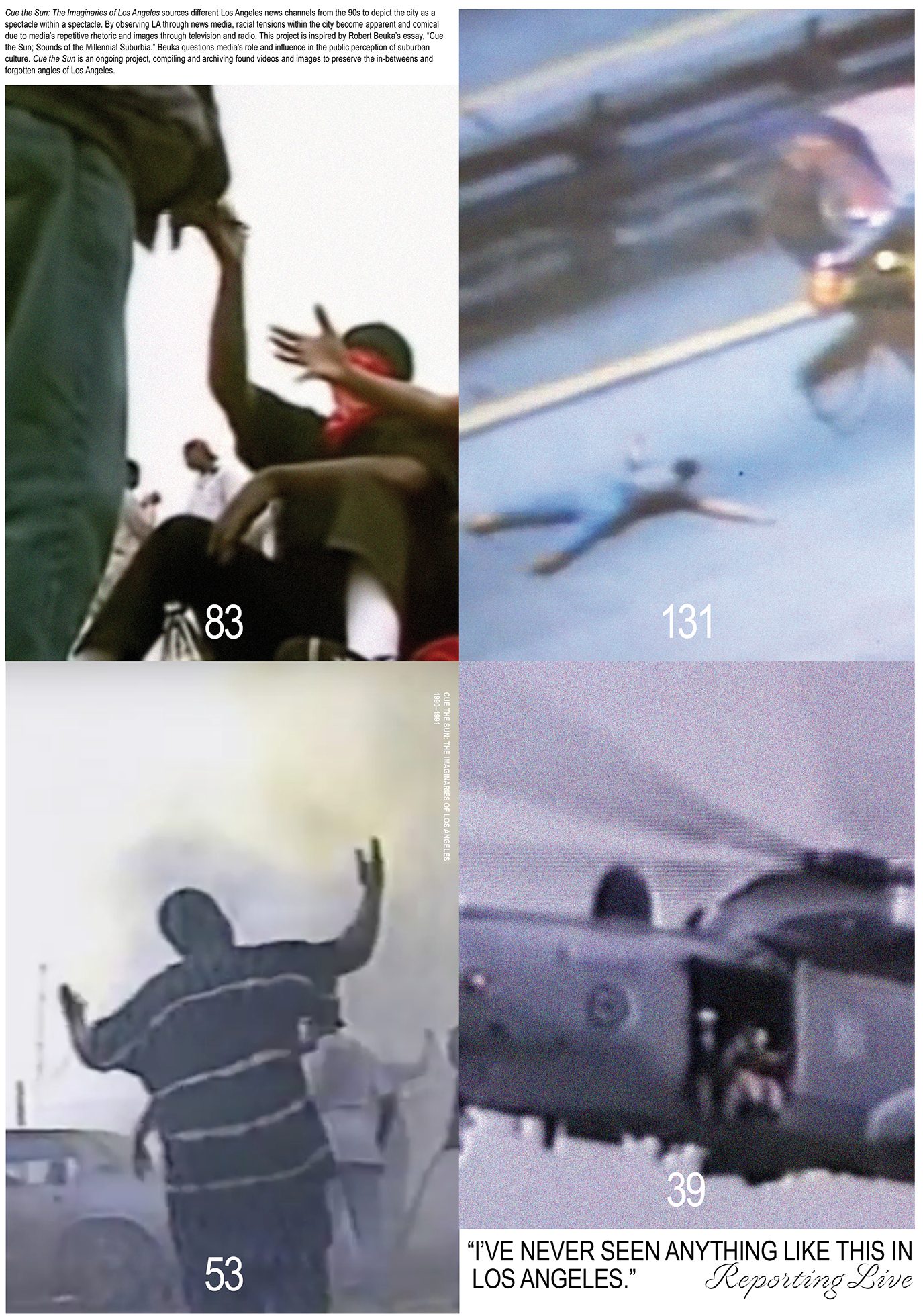 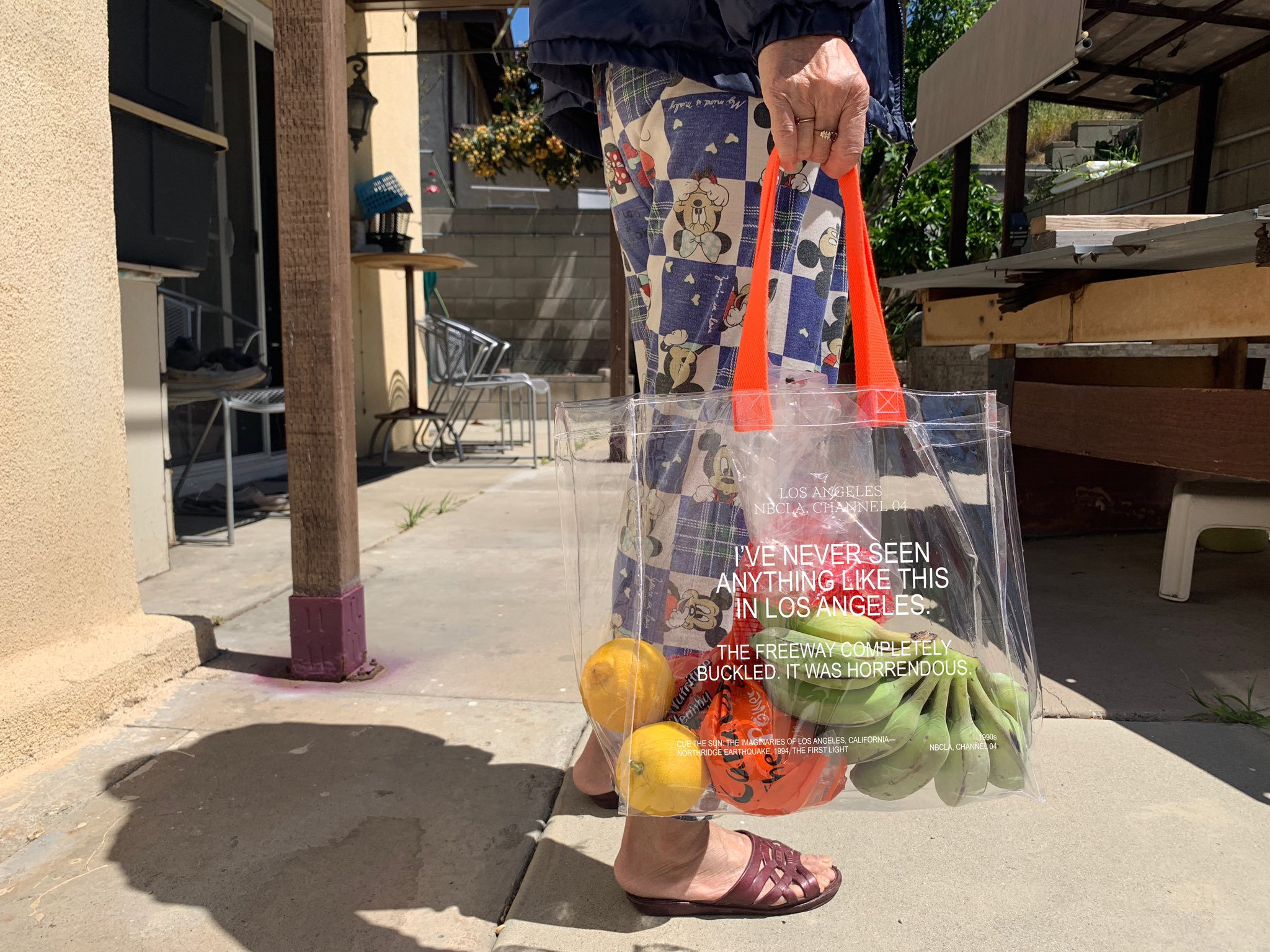 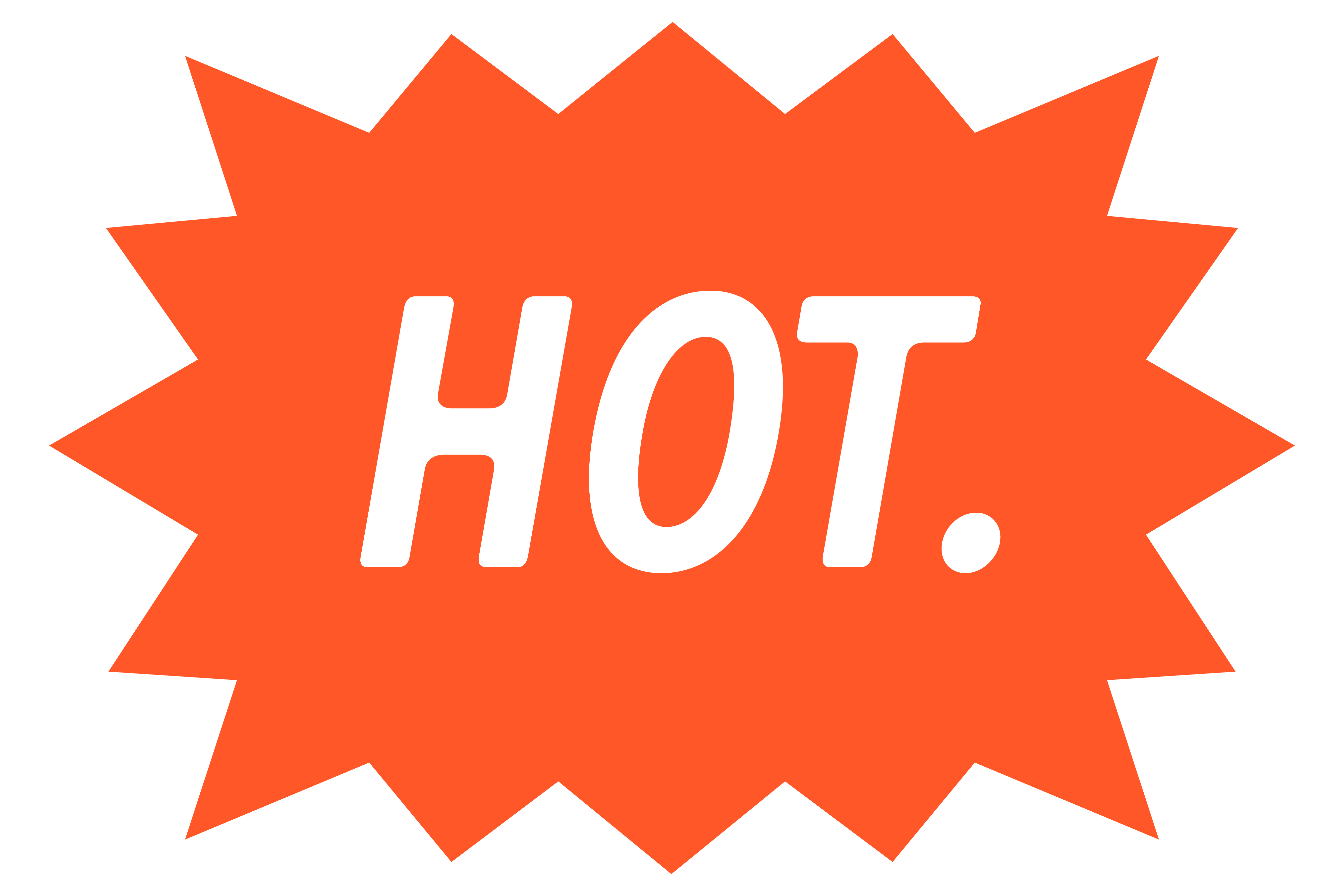 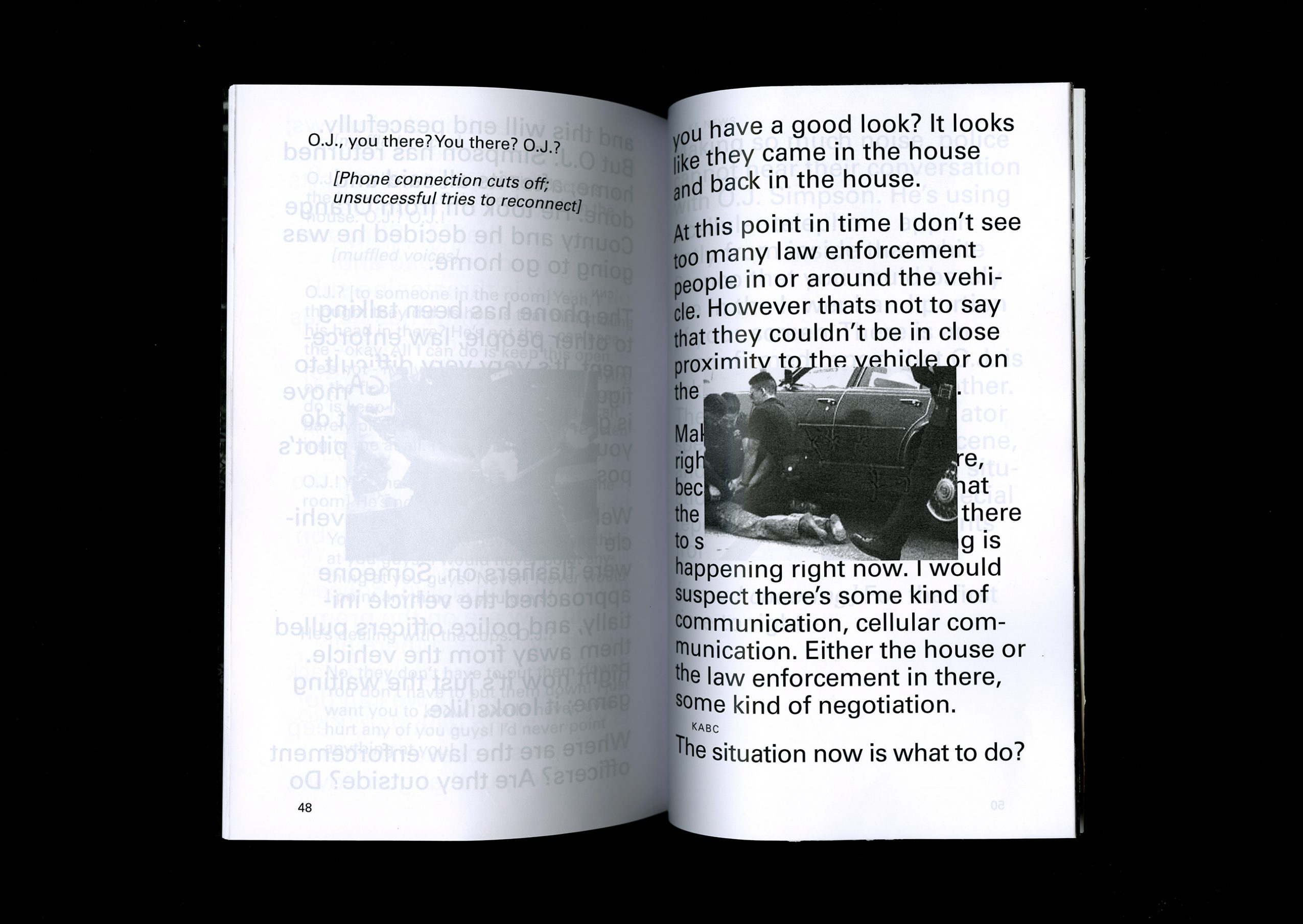