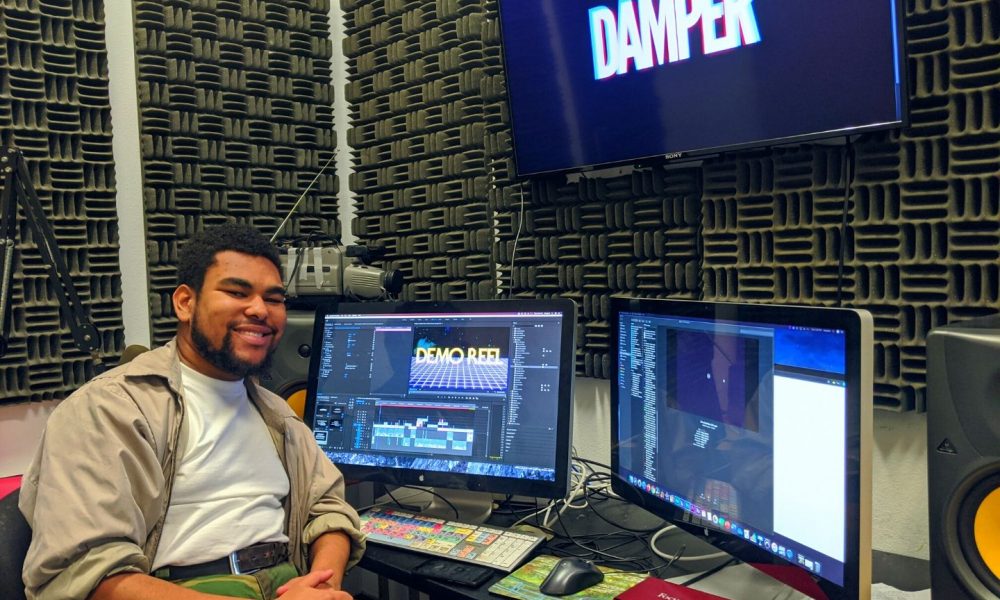 Today we’d like to introduce you to Kyle P. Davis.

Kyle, please share your story with us. How did you get to where you are today?
The story of theDAMPERgroup dates back to middle school. I had gained an interest in classic TV logos from the 70s and 80s. This played into my art style and color scheming in the things I would draw. At this time, I was taking a computer class in 7th grade and we were learning how to use PowerPoint. White everyone was making slideshows, I was using animation cues on the program; I always called it my first video editing experience. In the 8th grade, I got my first iPad and finally took to “serious” video editing and co-started this brand at school called Tornado Studios.

I attended Renaissance High School for the Arts in Long Beach, CA. In my sophomore year, I was asked by one of my friends to join this comedy troupe he was starting called Slightly Comedic. IMMEDIATELY I composed a theme, designed a logo, and began writing sketches. This, coupled with a film/TV camp I took that year, fueled my love for video production, and the more I did it, the more I knew I wanted it to be my career.

Fast forward to college – I currently attend LBCC (where I do my productions), and the core Slightly Comedic crew attended as well. We made three episodes between 2017-2019. During this time, it hit me that this project was the only thing connected to the Tornado name, so I gave it to the troupe (it has since disbanded) and decided to start a production company for my personal projects and ideas.

In 2018, I had a short production partnership with a former bandmate, we called it Philler Media. In August, after a dispute, we split the company in two. My part of it I named Davis Media Production/Motion Picture Entertainment Releasing Company or DAMPER. Later, when I’d started acquiring a cast and crew, I realized that I wanted not to have a production COMPANY but a production GROUP. By October 2018, I’d changed the name to theDAMPERgroup.

The rest is history.

Has it been a smooth road?
My biggest struggle was my father’s passing. My dad died of stage 4 breast cancer when I was 14. He was my biggest cheerleader and supported my ventures and passions (given I had good grades). To this day, I still miss him with everything, and life after just feels unreal. Any success in the future I receive, I not only dedicated to him but to my mother as well for never buckling down.

The only current struggle now is that I’ve yet to have a place to house my current projects (outside of LBCC, of course). I’ve looked into small spaces in Carson and Long Beach; the problem here, of course, is any creative’s problem when it comes to studio housing – income.

We’d love to hear more about your business.
theDAMPERgroup is a black-owned video production/video editing/post-production group from Long Beach, CA. made up of myself, 12 actors, and a plethora of crew members. With this group, our mission is to come together to give our community and the world something it needs a lot more of – laughter. In addition to that, my personal goal is to get stories told written by creatives of color; the underdogs who won’t get recognized unless their stories wet a few eyes. Some people just want to be funny and spread laughter, not everybody wants to write a moving, powerful, dramatic piece! I am one of those people, and since starting theDAMPERgroup, I’ve found many creatives of color share this sentiment.

Currently, we’re being known for a comedy series I produce/direct/edit called “Demo Reel”. It stars two of my closest friends, Jalon Sanford and Ethan Hightower. The premise is the two sit in front of a green screen, riffing jokes, talking about current events, reminiscing on childhood as black kids, etc. It’s been described as very Eric Andre-esque, with Jalon being the more energetic and vibrant one and Ethan being the silent but deadly king of the one-liner. So far, this is my favorite project; we’re halfway through our second season.

What sets us apart, I believe, is that we’re YouTubers but with a TV mindset. There’s other comedy shows you’d watch on YouTube, and they fit the platform perfectly; but that’s never the case for theDAMPERgroup. It’s mainly in the nuances and subtleties that separate a show intended for YouTube and one intended for a television platform (what music you use, where you shoot, how you shoot it, the show’s atmosphere). I view YouTube as merely a stepping stone until the day one of my projects gets picked up.

Another difference would be the vibes the projects carry. Outside of “Demo Reel” I’ve edited two music videos under theDAMPERgroup name – Rudy De Anda’s “The Mirror” (only the studio shots) and Bardo Martinez’s “Cartoon Romance”. A common vibe between these and other projects is that I bring a retro feel. Not just slapping on a cheesy VHS effect, but manually applying noise/grain, doubling and overlaying clips, researching fonts, etc.

Is our city a good place to do what you do?
I can’t think of any better place than the South Bay/Los Angeles for a company like mine, because all of my work is inspired by the South Bay/LA either in whole or in part.

One of Southern California’s main exports is entertainment, and it all stems from Los Angeles. If you’re an editor or looking to get into video production, I definitely recommend this area to start out in. 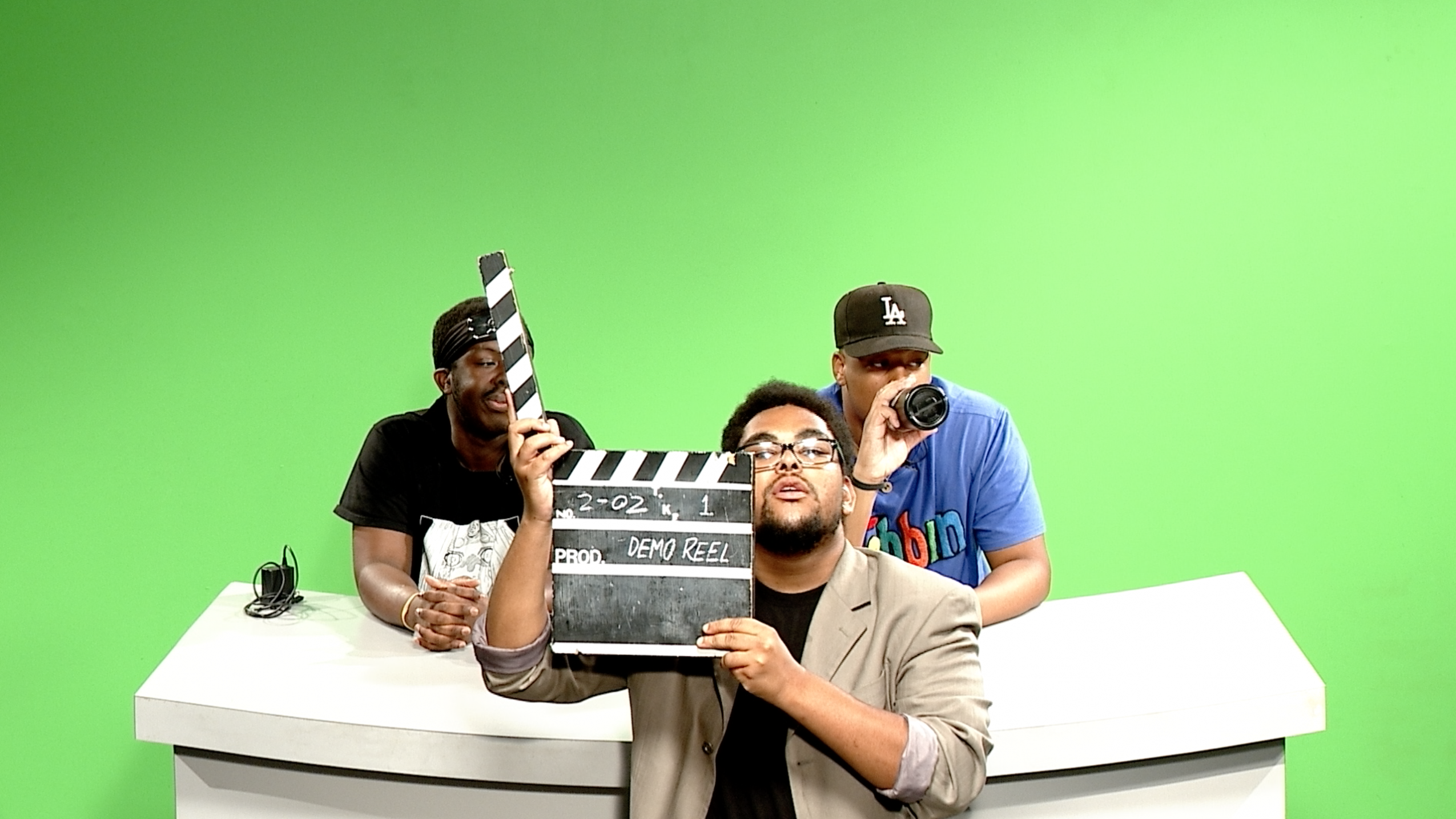 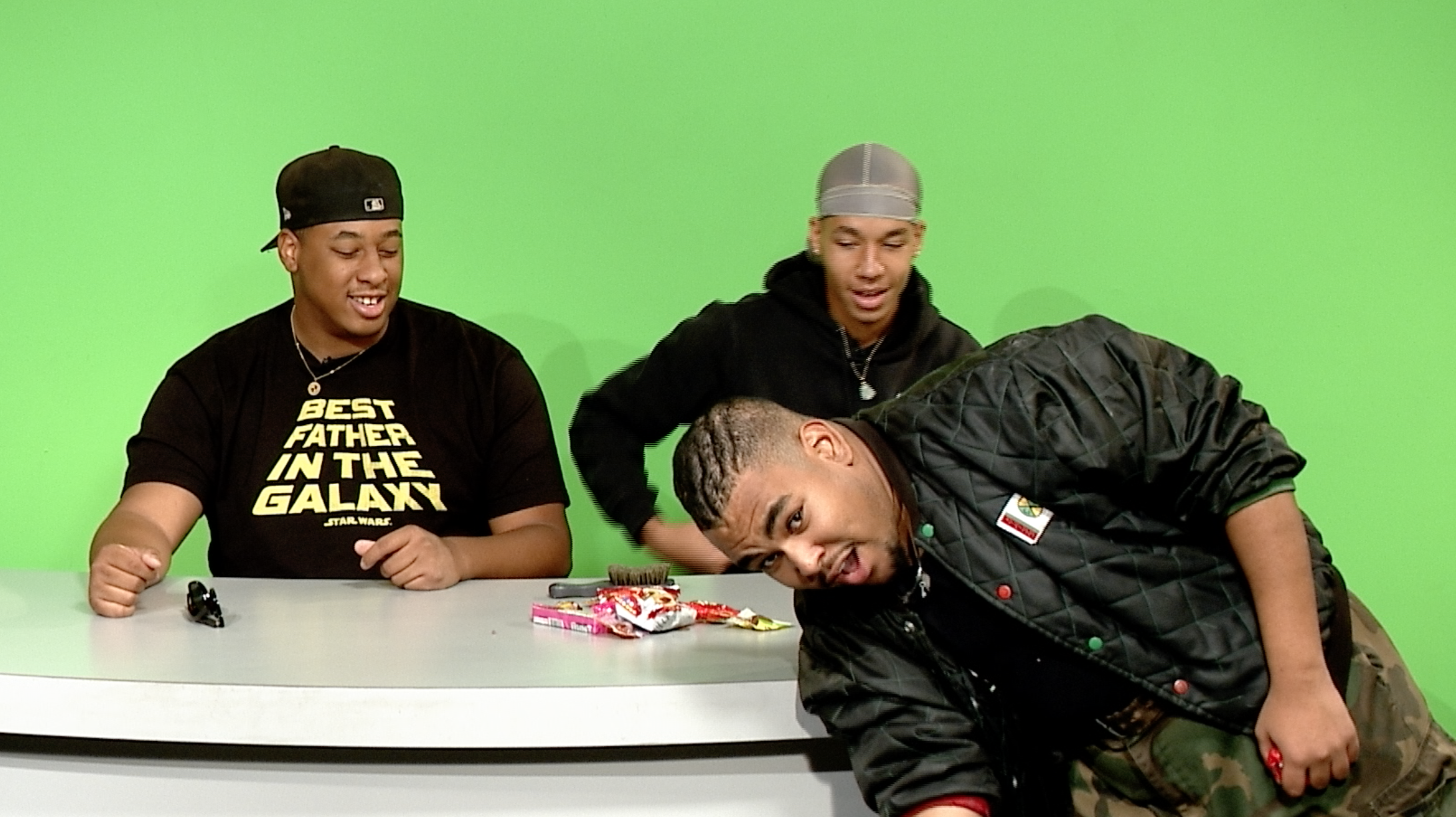 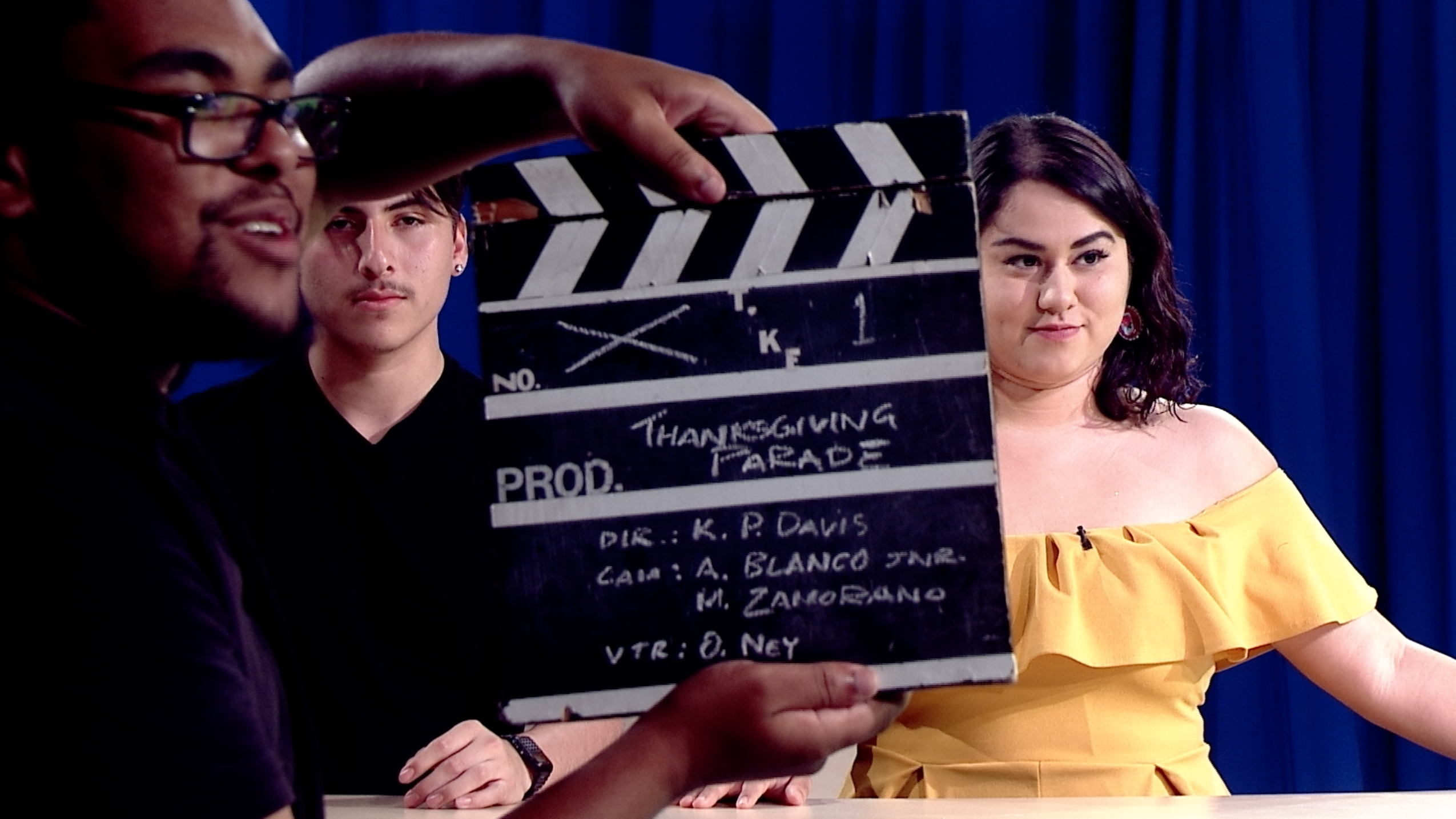 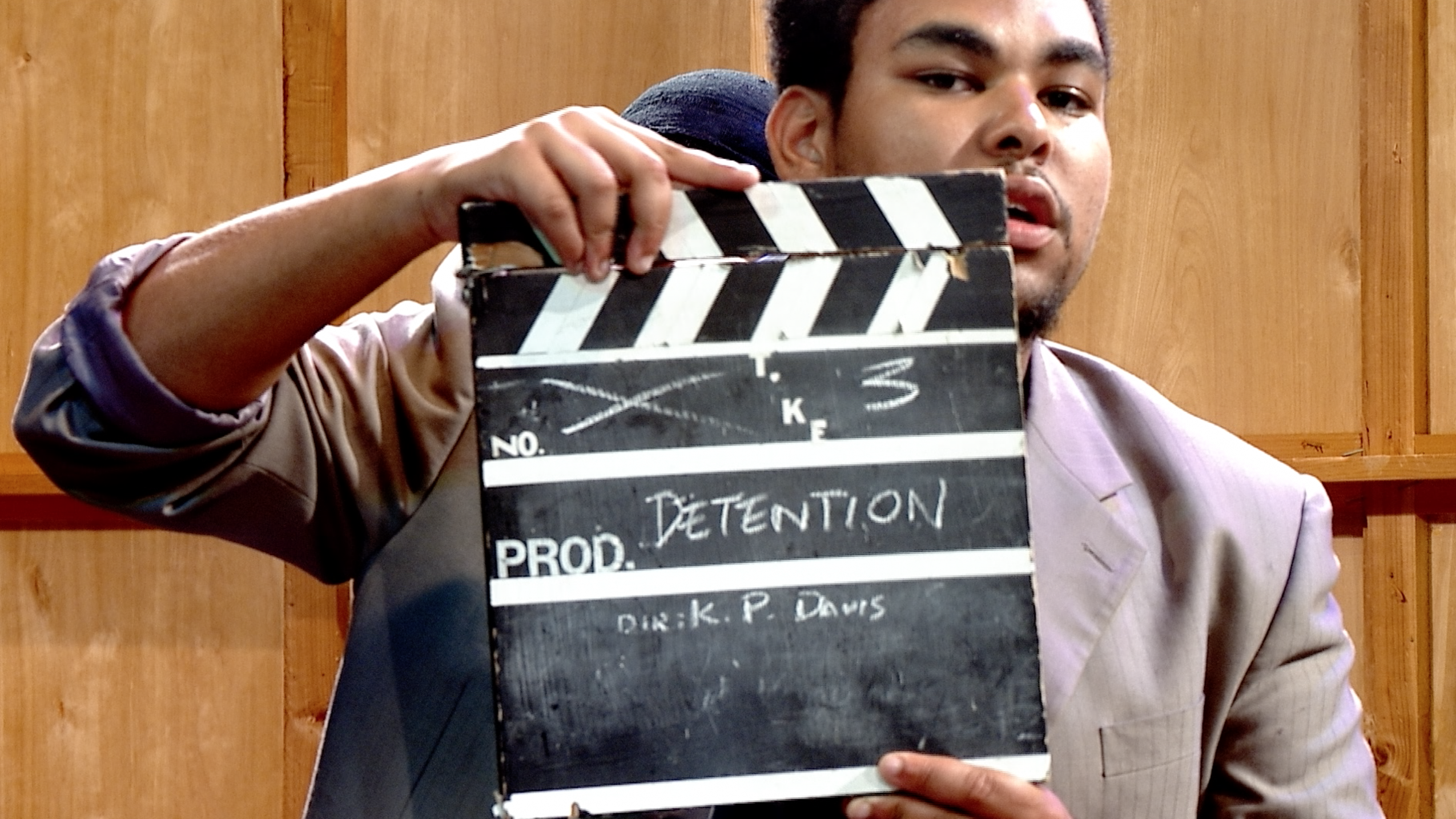