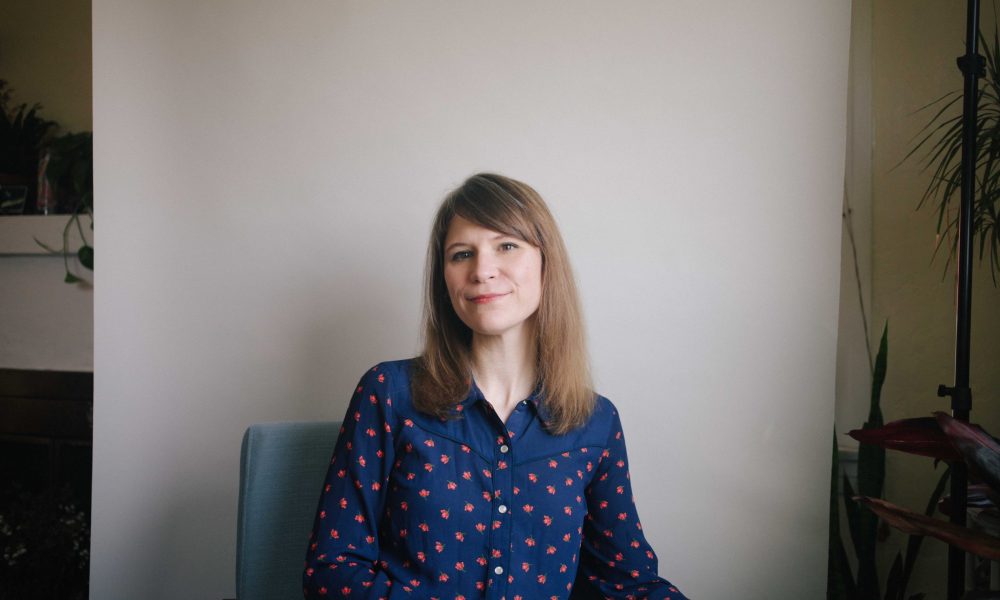 Today we’d like to introduce you to Thea Lux.

Thea, can you briefly walk us through your story – how you started and how you got to where you are today.
Responsible to a fault, as a teen I obediently listened to my supportive parents and avoided the pitfalls of partying by doing every imaginable extra-curricular activity–even Philosophy Club which I had no business being in. I thankfully wasn’t scarred by bullies and was well-liked enough to be crowned–with zero irony–Homecoming Queen. Not knowing what to do with the win, I threw my hands up in the air like Evita. This angered mothers of deserving popular girls who actually cared about the award. I was a charismatic square, a theater spaz.

Being funny, reliable, and willing to do the work rewarded me with modest platforms in this safe, suburban bubble. I wanted to give a speech at graduation, so I got myself elected Class President. (Yes, I organize my class reunions still.) I wasn’t voted “Class Clown,” but I was on yearbook staff and invented–and then secured–the superlative “Most Likely to Appear on Letterman.” This is why they tell you to make your own stuff.

I left my Midwestern town outside of Dayton, Ohio, and graduated to big city life in Chicago. Anyone with an interest in comedy is magnetically drawn to the metropolis that houses Second City. After college, I began classes and immersed myself in bits and bar prov. Soon every Chicago’s improv theater’s stamp made its way into my collection and I moved on to writing my own material and eventually using the skills I’d picked up to co-found a collaborative theater company that focused on devised plays using the workshopping skills we’d picked up in improv. Shows I did with The New Colony Theater won us awards in Chicago, FringeNYC, an Off-Broadway and touring run with the cult-hit “5 Lesbians Eating a Quiche,” as well as being published by Samuel French.

After many winters, I packed it up and moved to Los Angeles. While Chicago is an amazing city to learn, grow, and perform, the coast promised more opportunities in TV, film, and a winter that didn’t last eight months.

Overall, has it been relatively smooth? If not, what were some of the struggles along the way?
Has it been a smooth road? Sure. Does it feel like I’m walking in circles on a track instead of a road that’s leading somewhere? All the time. But the road has always been under my feet. Art, comedy, acting–all of these will always be a constant part of my life. Whether they’re crammed in the nooks and crannies of free time or whether it is helping to pay bills.

Any time you “do your own thing,” there’s a bit of starting over that happens. You leave the safety of what you’ve built and hope that your connections and friendships you’ve made are strong enough to support the next path you take.

It’s very easy to hit a comedy ceiling in Chicago. If you haven’t made it on a Second City stage after a certain amount of time, you have to come to terms with the fact that it might not be in the cards for you. There are plenty of notable Chicago actors, writers, and comedians who create amazing work outside of that infrastructure. I moved to Los Angeles feeling proud with what I accomplished while at the same time disappointed I was never on a Second City stage. When you do your own thing you sometimes forget to connect with others who can help you along the way.

I started over again when moving to Los Angeles. And while thankfully there are many Chicagoans out here to cushion the loneliness this city can dish out, I’ve had to take a deep breath and say, “No one gives a shit about you. Get to work.”

We’d love to hear more about your work and what you are currently focused on. What else should we know?
I’m an actor who has always been a comedian, a writer, and director. I still have the print out of the stand-up routine I performed in 9th grade. From a young age, I would write, star, and direct short plays for cousins to be in at family reunions. When I see others who are hyper-focused and proudly wear the badge of “Diligent, Disciplined, and Prolific Writer,” I think to myself, “But how do you not want to do ALL the things?”

I tell people, “I’m good at everything that doesn’t make me money.” You want a song written? Hit me up. You need tiny clay hot dog cufflinks for a hot-dog themed wedding? I’m your gal. Yes, those paintings hanging on the wall are mine, yes, I can send you a writing sample, yes, I’ve voiced animated characters, yes, I have a directing reel… My best self-care is repeating the mantra, “You do not have to make a podcast.”

I like to rally people. I want them to be excited about the things I care about and I work hard to make quality work people will enjoy. I once organized a Chicago reunion in Los Angeles that happened to be on my birthday and did not tell anyone it was my birthday. This may seem like a strange thing to do (it totally is), but have you ever *tried* getting people to attend an event in Los Angeles? I knew I would get more people to the reunion if it was not a birthday gathering. Still waiting for my martyr punch card to come in the mail.

Things I’m pretty proud of lately: Dan Telfer and I co-produce the monthly showcase, The Filling, at Geeky Teas & Games in Burbank. We want to give newer comedians an opportunity to be on a lineup with heavy hitters and see them shine on stage. Also proud to direct a comedy burlesque group called Victress. It’s been a treat to subvert audiences’ expectations and showcase these hilarious women in shows that make people laugh-scream.

What sets me apart? I’m a brunette who does comedy. There are nine thousand women EXACTLY like me currently enrolled at UCB right now. I have to work even harder to stand out. Sure, I play banjo in a folk band and make hot dog-themed art for my Etsy page, Hot Dog City, USA, and I’ve made a stop motion short about a duck doing stand-up, but seriously… Nine THOUSAND brunettes doing comedy. WITH bangs. In Los Angeles alone.

What is “success” or “successful” for you?
If the majority of my time is spent doing what I truly want to do in life, I consider that ultimate success. But there are smaller things that fall into this category as well.

I consider small wins successes as they show I did something right or I improved in something I previously failed at.

I consider recovering quickly after a failure a success.

I consider not giving up a success.

I consider doing my best a success.

I think it’s important to be able to enjoy (or be able to tolerate) even the most challenging parts of the things you love, and in turn that’s how you know you are meant to do them as a career. If those roadblocks and struggles make you miserable or push you to quit, then success obviously can’t happen. 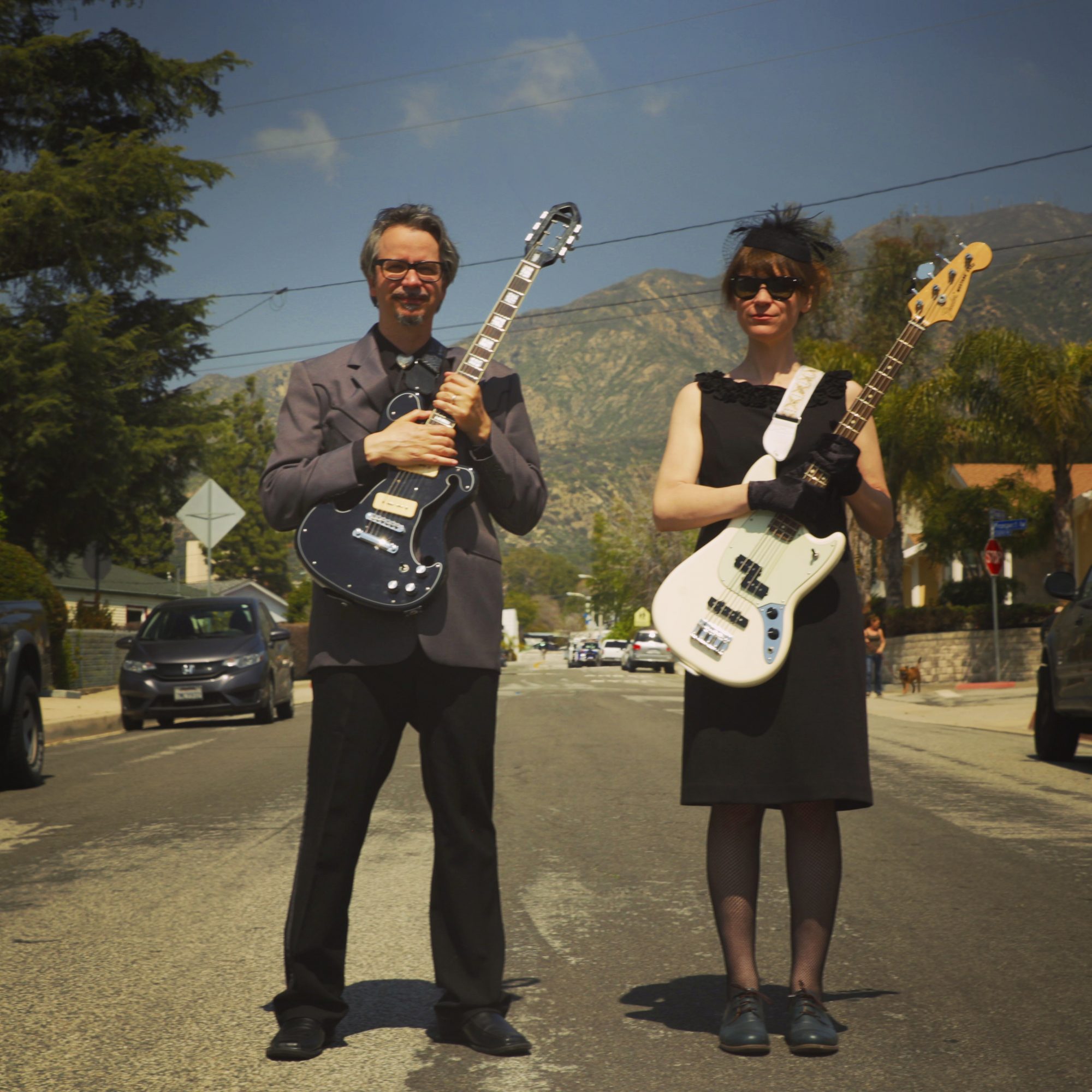 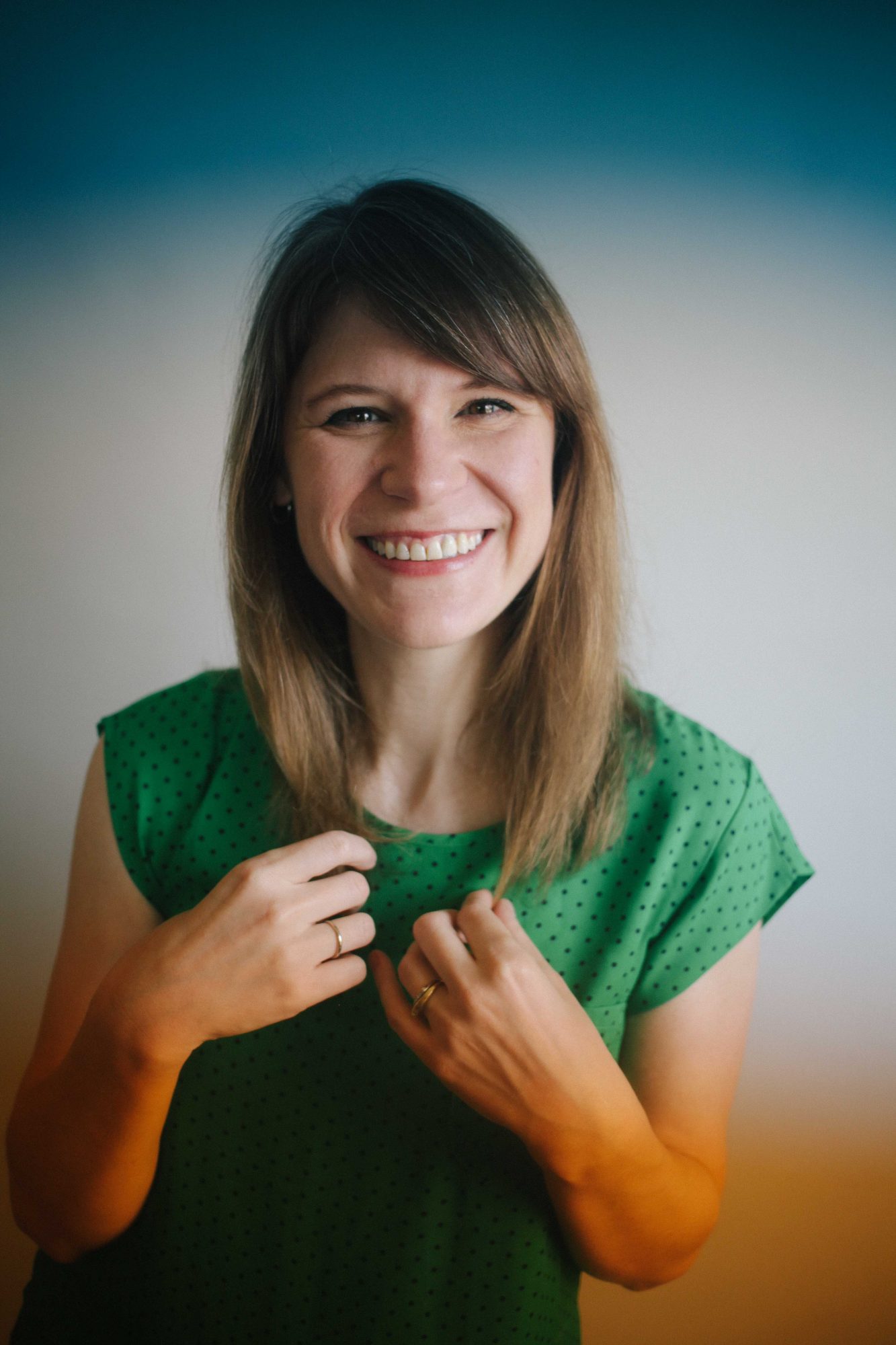 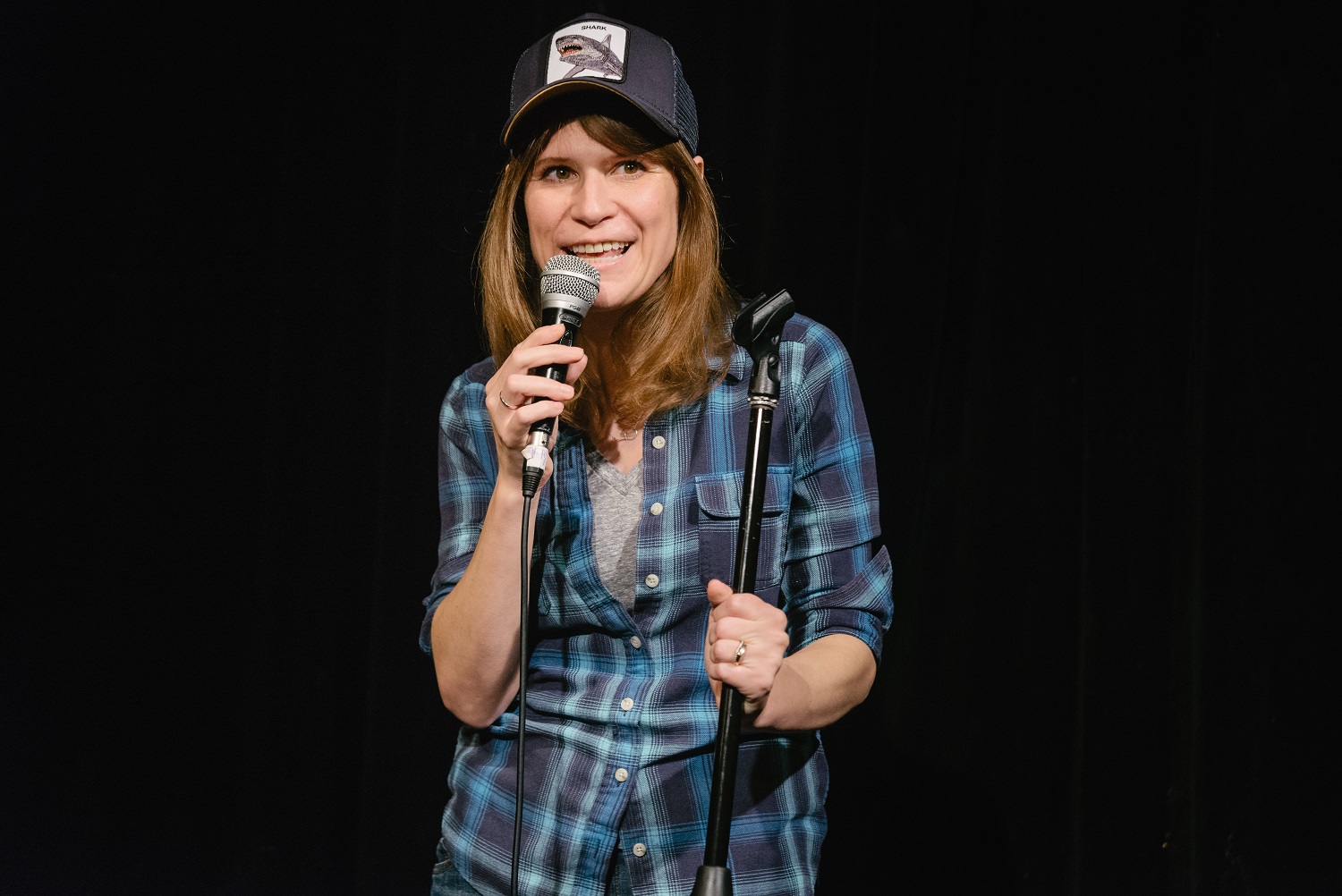 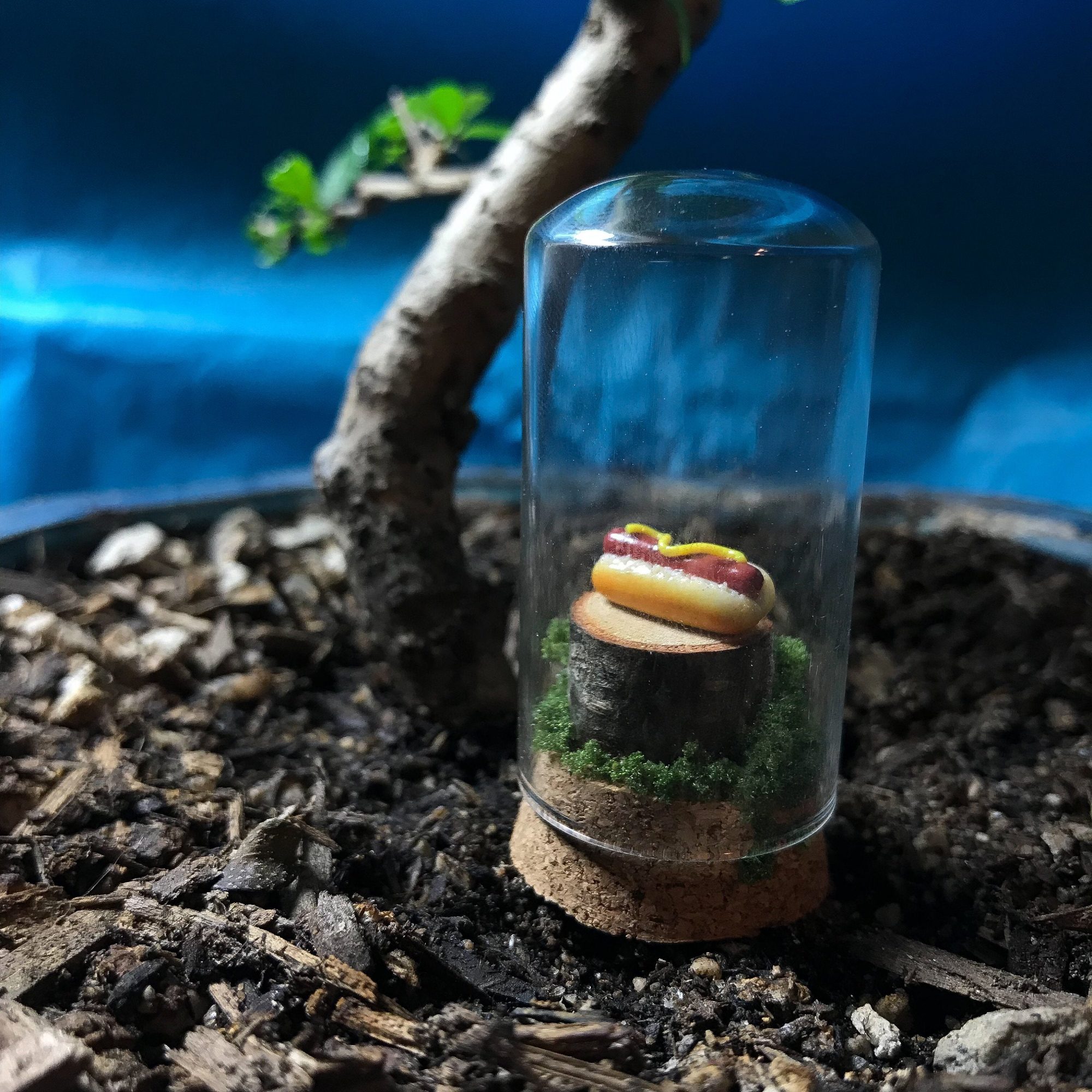