Today we’d like to introduce you to Tessa Bell.

Hi Tessa, so excited to have you on the platform. So before we get into questions about your work-life, maybe you can bring our readers up to speed on your story and how you got to where you are today?
I wrote, directed, and starred in my first play at the tender age of seven, when I was living in a palace in Florence, Italy, surrounded by renaissance art. It was a story of a princess whose father wanted her to marry a yukky prince, so she ran away with the knight she was in love with. I cast all my friends and invited all their parents. It was a great success. I forgot all about that play until I moved to Los Angeles in 2008 to write and produce movies…

My acting career took off when, as a teenager in Washington DC, I played Mary in Ionesco’s “The Bald Soprano” at the Washington Theater Club, and Sandy in “The Prime of Miss Jean Brodie” for the Chevy Chase Players before heading off to SUNY Purchase to study Political Economy and Film.

Always a bit of a radical, I was part of a group of students that took over SUNY Purchase and occupied the President’s office. We were protesting budget cuts and wanted more film equipment. I sat at the head of the conference table, negotiating with the college administration, wearing all black, including a beret, and smoking a pipe… Somehow, I graduated with top honors after producing a documentary on the devastation of an African American neighborhood in White Plains, NY.

The poverty inherent in the life of an artist drove me to journalism and I worked at CBS Sixty Minutes and the CBS Evening News until I became a mother. Hard to fly all over the country chasing news stories and be home for the important moments, so I left CBS and started my own company producing films for Fortune 500 companies, as well as more inspiring entertainment in the form of short children’s films.

In the mid-nineties, to heal from a terminal diagnosis of leukemia, I began producing live off-Broadway cabaret shows. Cabaret literally saved my life. I had a prim and proper one until I was diagnosed with cancer and given 6 months to live. The thought of losing my children drove me to despair. It also gave me permission to do something crazy, something that wasn’t going to make me any money, wasn’t going to make me famous, was arguably completely useless… but just might be fun for the few remaining months I had on earth. Singing had always made me happy but being an artist didn’t fit inside the ‘success’ box of my world. I ripped that box wide open and wrote and performed my first New York City cabaret show, which not only was nominated for the Best Newcomer MAC Award (the Oscars of Cabaret), it kept me buzzing way past the six-month deadline on living.

That was more than twenty-five years ago. I’m still here and still signing and squeezing as many experiences as I can into this lifetime.

We all face challenges, but looking back would you describe it as a relatively smooth road?
Let me tell you, once you overcome a death sentence the road tends to straighten. Mountains turn into molehills and doing things against insurmountable odds becomes the point of living. Always seeking new artistic ventures, in 2008 I moved to Los Angeles to make movies. I was excited by the challenges of making a movie. I had no job and knew virtually no one except Maggie Baird and her family. She was looking for a producer and I jumped at the opportunity to make “Life Inside Out,” a film starring Finneas O’Connell and Maggie Baird (Billie Eilish’s brother and mother) which won top awards at festivals across the US and was released theatrically in New York, Los Angeles, and San Diego.

Of course, writing and producing movies is as difficult as any art form can be. It took about seven years in Los Angeles to even begin to feel like a member of the tribe. Friendships are hard to come by in a town driven by a need to be “the best.”

The first studio film I worked on was going to be directed by Lasse Hallström, starring Vanessa Paradis and Johnny Depp, and had financing in place with Graham King. Until it was derailed when Johnny decided to make “The Tourist” with Angelina Jolie instead… That was the beginning of the end of his relationship with Vanessa, and a real eye-opener for me as to how Hollywood works. Up one day, down the next.

But I kept plugging away. I wrote “The Legend” a film about the first female pope and submitted it to festivals, including the International Film Festival in Florence, Italy, where it was awarded best screenplay. I love it when the world comes full circle. My first screenplay written in Florence, my latest award best screenplay in Florence. Now if I can only get the screenplay made… I only need about $60,000,000 to do it properly and since it is a movie that substantially subverts the idea that God is a man’s exclusive domain, and since money is still, by and large, the domain of men, I am swimming upstream in a riptide.

Just before covid stopped the world in March of 2020, my daughter Emma Bell, who is known for her work in “The Walking Dead,” and the “Dallas” reboot, and I ran a very successful Seed & Spark campaign to raise $50,000 in development funds for her feature “Nice Trick” which is the story of a millennial whose dreams have not come true, who is barely making it in LA, but who rediscovers her passion and true north when she meets a magician…

We were on a roll when covid hit. Money people disappeared, no one was remotely interested in an indie film about the power of magic in our lives. What to do? And then, out of nowhere, Judy Chaikin, a producer and writer who I knew from the charity GreenLight Women, handed me a short film script entitled “The Audition” that could have been the prequel to “Nice Trick.” I love it when the world hands you the next move. We shot the film at the peak of the pandemic, with every department run by a strong woman who knew her stuff.

“The Audition” has won festival awards for best short screenplay and best actress in a short film and has been shown at the Newport Beach Film Festival, Chelsea Film Festival, Burbank International Film Festival, Idyllwild International Festival of Cinema, and the La Femme Festival in Paris. Quite a nice run for the prequel to our feature film “Nice Trick,” for which we are raising money, cast, and crew.

I was on the board of Women In Film for several years and I ran their PSA program, helping local charities and mentoring women in film. After they closed down the program, I left to join a radical bunch of wise women, all over the age of forty, to create GreenLight Women, a powerhouse that is forcing the entertainment industry to deal with the last bastion of patriarchal entitlement: ageism.

As you know, we’re big fans of you and your work. For our readers who might not be as familiar what can you tell them about what you do?
The funny (or sad) thing is that what was important for me to sing about in 2001 – social tensions around gender, privacy, wealth – are now a thousand times more intense. Because of what is going on in the world today, I feel compelled to go back to the stories that mattered in 2001. It is very important to have cultural conversations.

Cabaret is a fork in the road for me, but I decided to rebirth my cabaret show at Theater West in the NoHo Arts District in July called “Men Money & Madness.” It is all about the boxes we find ourselves in. I advocate for opening them all, peering inside, and letting the crazies out. It is the only way to make sense of the mad world we live in. My show is more relevant today than it was twenty years ago.

Cabaret began as revolutionary art railing against the sexual mores of the Victorian era. The music halls of London and Paris attracted the most sensual and avant-garde singers of their times and were a powerhouse of social discourse through the first and second world wars. Since then, cabaret has morphed into a radical expression for the digital era: intimate, personal evenings of music where the brand is irrelevant, the connection is everything and the singer reveals their truth to the audience on a deeply visceral, and utterly unique level.

I want to touch people’s hearts and minds so that they open their own boxes and see glimmers of the truth that love is all that matters. No one needs to define anyone else for all of us to have meaningful lives. 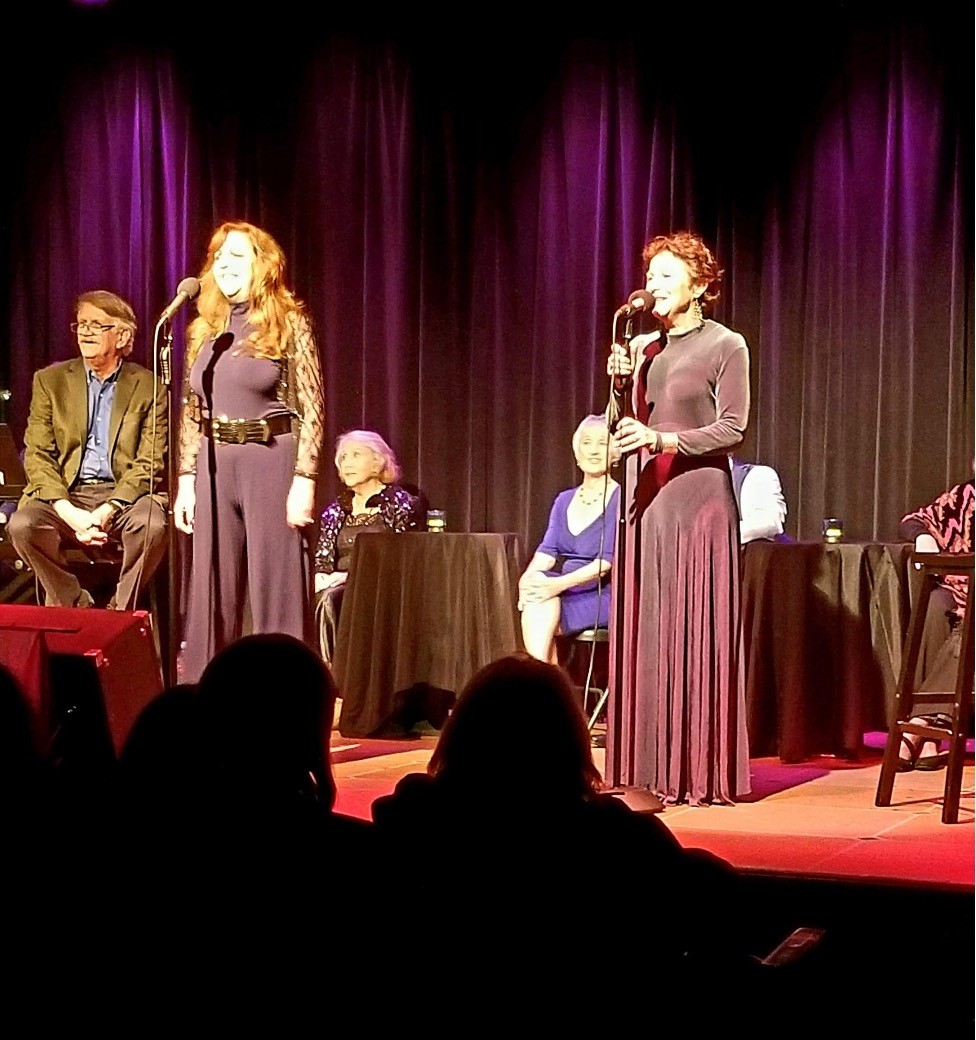 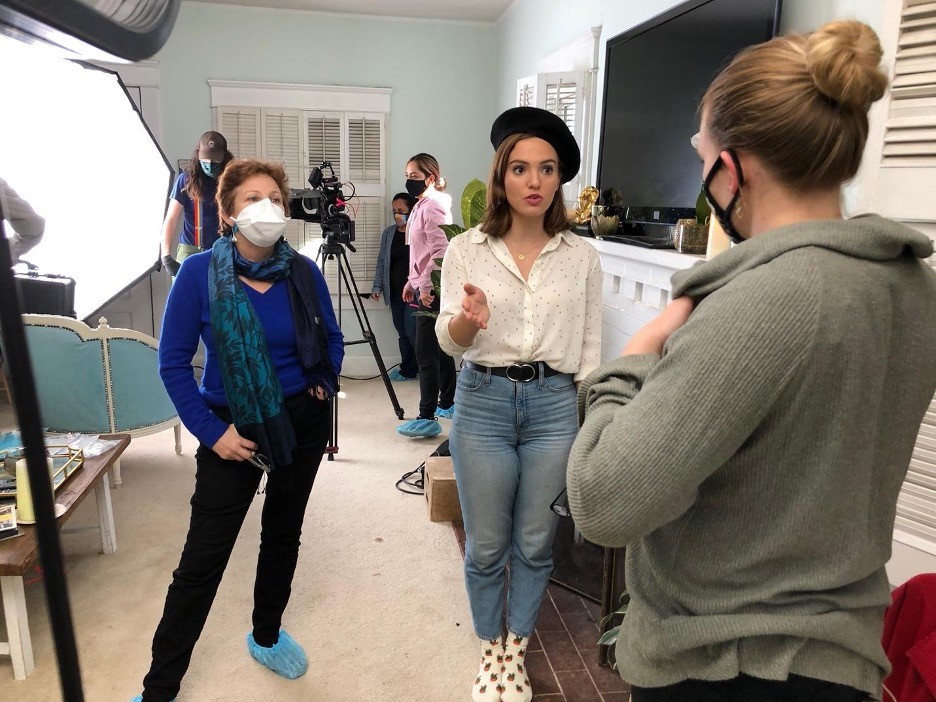 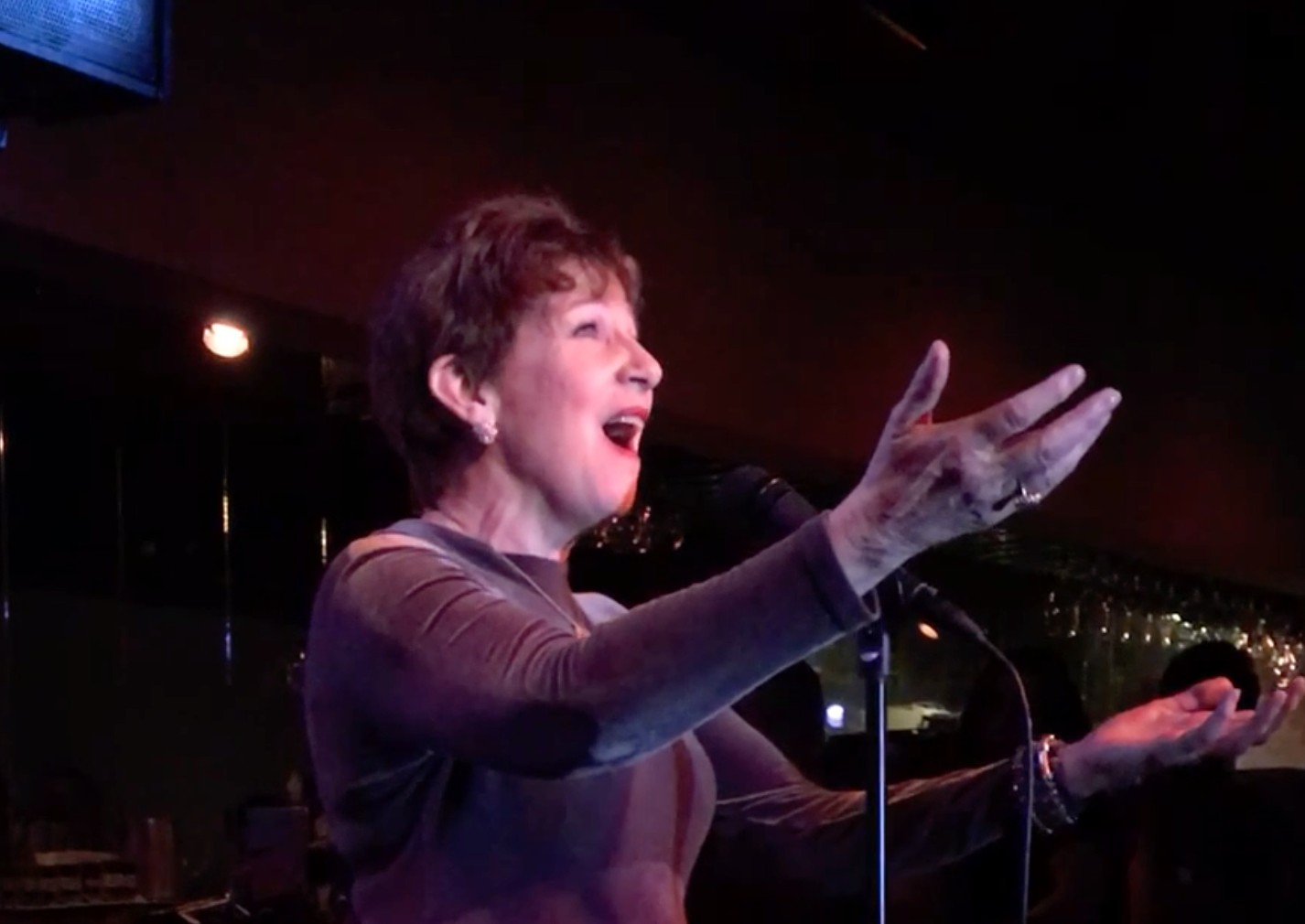 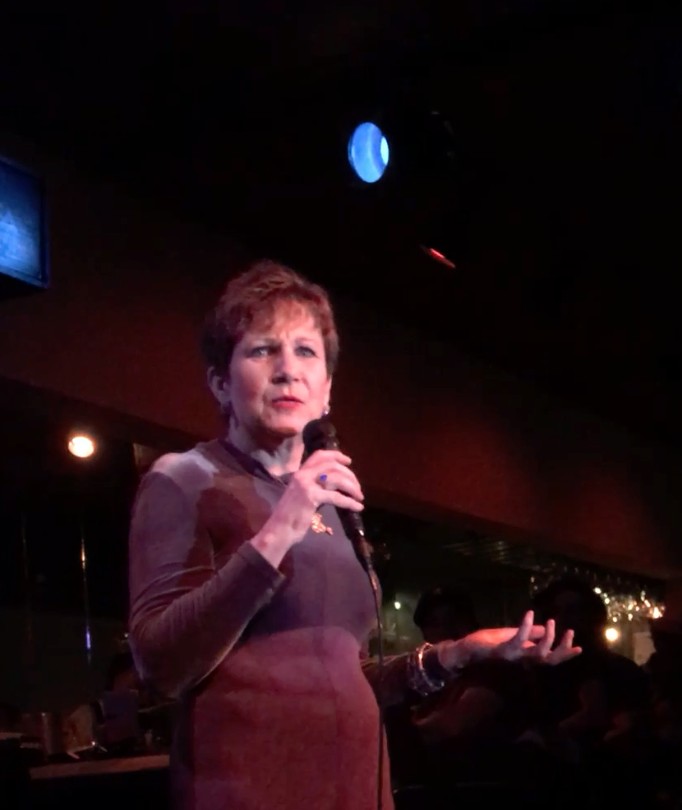 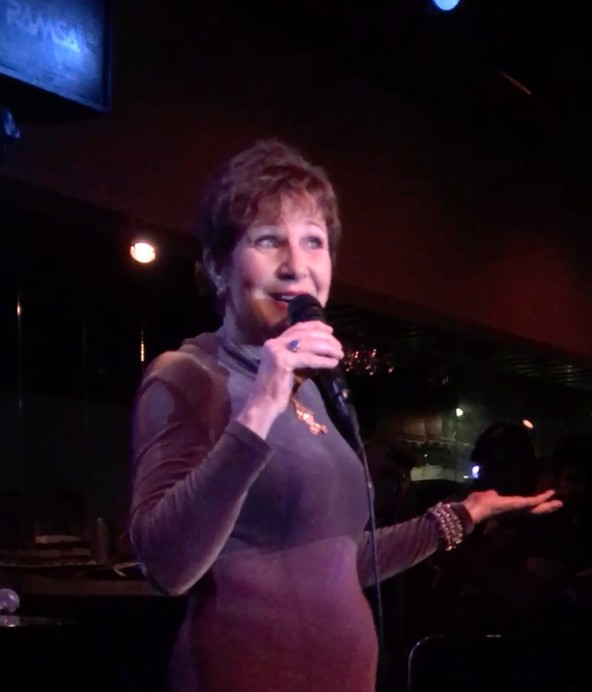 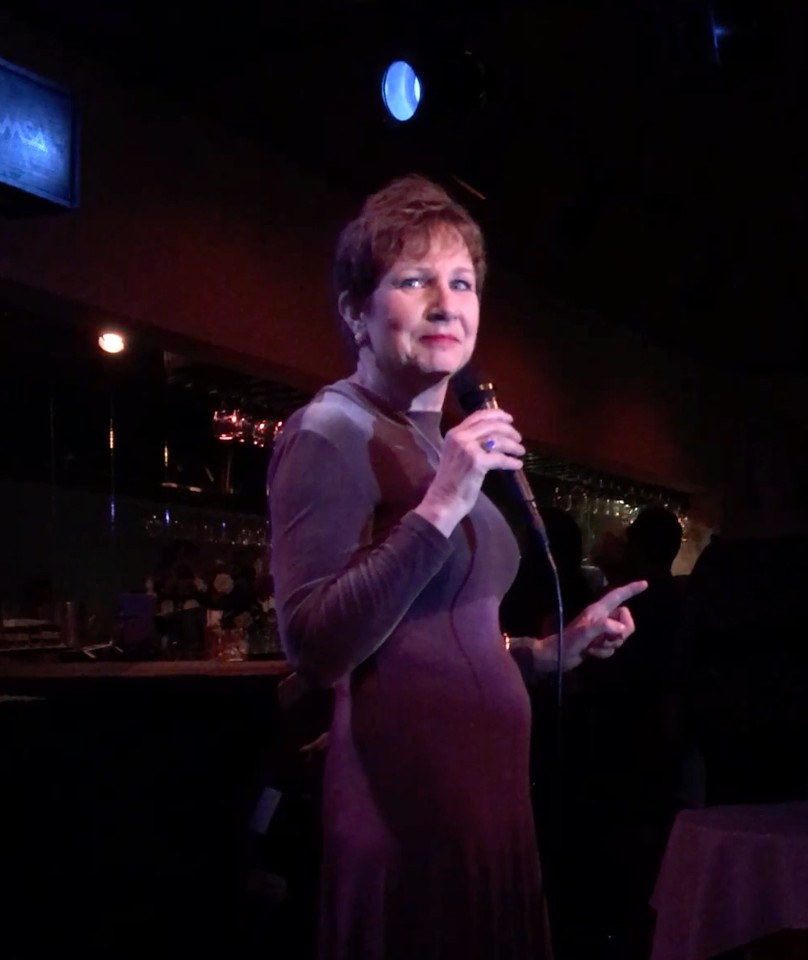 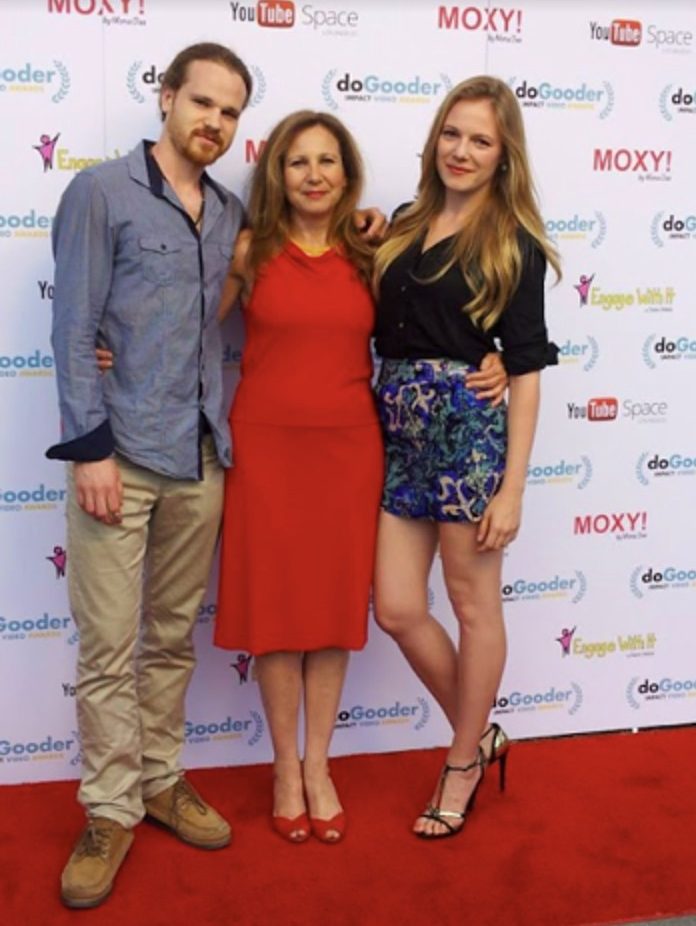 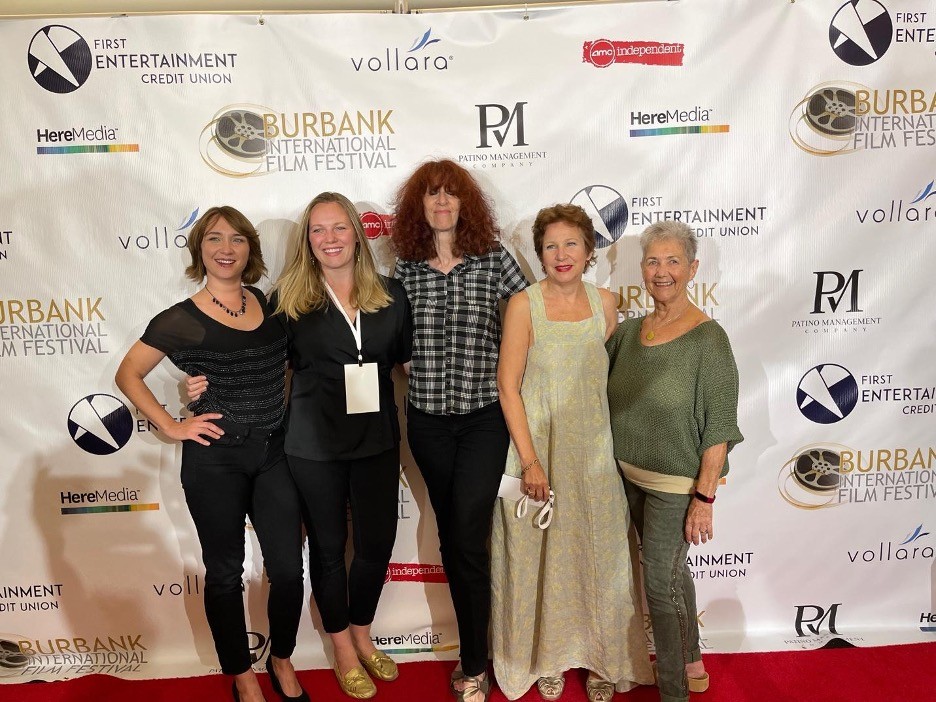