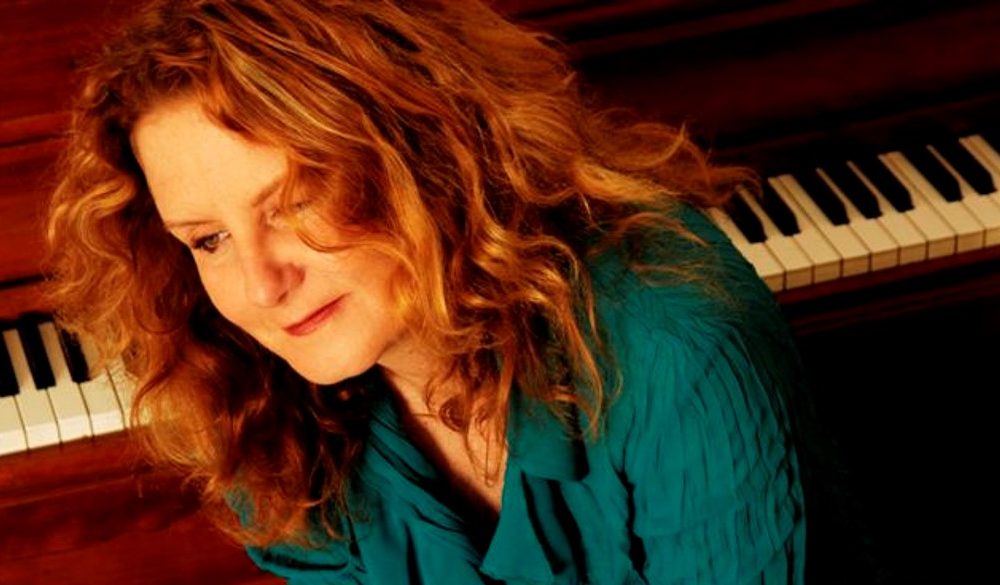 Today we’d like to introduce you to Teresa James and Terry Wilson.

So, before we jump into specific questions about the business, why don’t you give us some details about you and your story.
Growing up in Houston, there was always music playing in my house. I started studying piano at five years old after I began to copy my brother’s piano lessons.

And then, when I was eight years old, my dad got me a guitar, and I started to play folk songs with my dad. We would have little family hootenanny’s at our house with my aunt on piano, my dad on guitar and a guy down the street from us would bring his bass, and they’d do old standards and folk tunes in our living room. I used to sneak out of bed and watch… this was my introduction to music and having fun with it. My first time in front of a real audience was when I was in 4th grade – my dad and I performed together at a talent show at the local park, and I was totally hooked. I started putting little folk groups together in junior high and just kept going from there – moving from acoustic groups to electric bands and eventually making my living entirely from playing music.

My husband, Terry Wilson, grew up in Deer Park, TX (a small town outside of Houston) and started playing guitar in high school bands, eventually settling on bass as his main instrument. After a brief stint at a local community college, he and a drummer friend packed up and moved from Texas to New York and then eventually to London where he and some other transplanted Texans teamed up with legendary British guitarist, Paul Kossoff to form the band, Backstreet Crawler, which released several successful albums in the 70’s, When the band broke up, Terry came back home to Houston for the holidays, and was in the process of moving back to the States from England. He was headed to Los Angeles, and I was still living in Houston. We met when a mutual friend hired us to play for a holiday office party for his wife.

I moved out to Los Angeles not long after that, and we started putting bands together, playing clubs around town and doing a few road gigs, but spending a lot of time in the studio working on tunes. When our daughter was born, we made the decision to stay close to home and put our family first, but still continued to do our music our way. We realized that we weren’t going to be able to take our band on the road and do the kind of touring that was necessary to really establish yourself as an artist – especially in those days before internet radio and all the outlets that new artists have these days. Back then, if you weren’t signed to a major label, the only way to really get heard was doing shows and selling your product from the bandstand.

At that point, while still keeping our band together, Terry and I both started to diversify and work with other people so that we wouldn’t always be gone working at the same time. He spent a lot of time in our little home studio writing songs and recording and would take gigs with other artists, while I took more outside work: some solo/duo gigs around town and started getting a lot of recording sessions, singing for other songwriters and artists and then some TV and movie sessions, so we were working hard. We both shared parental duties – sometimes meeting in parking lots and handing off the car seat – one of us heading out to a session or rehearsal and the other one heading home from one…

All the while, though, we were continuing to do our own music in the studio and playing local gigs, and in 1998, we formed our own record company, Jesi-Lu Records, (named for our son and daughter) and released our 1st CD, ‘The Whole Enchilada.’ Since then, we have released 10 CDs. Our most recent one, ‘Here In Babylon,’ was nominated for a Grammy for Contemporary Blues Album – a huge honor and an amazing thing for our little mom-and-pop outfit.

Has it been a smooth road?
It has been a long and interesting road; lots of twists and turns, but not too many bad bumps — just a few detours. Being an independent artist and musician is daunting, for sure, and it was often really challenging to balance that with our family life.

I remember once when the kids were in elementary school, I got put in charge of the entertainment at the PTA fundraiser and we got a gig for the same night at the (then very new) House of Blues. I managed to get out of the school just in time to race to Hollywood – changing clothes in the car and getting there just in time to walk on stage… talk about culture shock…

Plus there are so many moving parts to the music business – especially as an independent artist. The music part is, of course, the best part, but once you start to get into the business of it, it starts to get complicated. (As our guitar player always says, “they don’t call it to show fun…”)

There is the whole ‘live’ thing – booking gigs and putting tours together (thank goodness we now have an agent that helps with all of that), but there are still all the details that go along with that: booking flights and organizing ground transportation, getting the equipment together and booking hotels, advertising and promoting the gigs.

Nowadays too, I find the biggest struggle is keeping up with social media – that could be a full-time job if you do it right. Then, because we release our CDs under our own label, there is all the record company stuff – licensing, publishing, manufacturing, distribution, advertising, and shipping. It is really hard to stay on top of everything – especially when all you really want to do is play music…

We have definitely dropped some balls along the way, but somehow we have managed to keep it all mostly together… and we are really proud of our two kids – they have grown up to be amazing, creative adults that we enjoy spending time with.

We’d love to hear more about your business.
Our band, Teresa James & the Rhythm Tramps, is basically a six-piece band (although sometimes we dumb it down to a four-piece when we need to) with some of the same people who have been playing with us since the 90s…

Our guitar player, Billy Watts, has been with us for 21 years and we have several different drummers and horn players who have been with us for years also. I am very proud of the caliber of players that we have drawn to us – all of our musicians have worked with many huge artists (Taj Mahal, Bonnie Raitt, Joe Bonamassa, Tower of Power, Robert Plant, Kenny Loggins and so many more – the list is really long). They are seasoned pros who bring a professional and strong playing attitude and who add so much depth to what we do.

One thing that sets us apart from other bands, especially here in LA, is that what we do is a big mix of a lot of different styles of music. When people ask what kind of music we play, the simple answer is usually that we play Texas roadhouse music – Soul & Blues with some Memphis, New Orleans feels and grooves but with a strong root in the south; basically American music with a Southern soul.

The main thing that I am proud of and that really sets us apart, I think. Is that because we have been doing this so long and just doing whatever felt right to us at the time without being beholden to any pre-conceived ideas or outside business interests, our music is coming from a very personal and heartfelt place. I think that there is honesty in our music that comes across to people hearing it.

And, of course, the thing that we are most proud of is being nominated for a Grammy this year for Best Contemporary Blues CD for our 2018 release, ‘Here in Babylon’… It is such a huge honor to be recognized by the industry – especially because it has been such a labor of love for so many years. We have never doubted that our music could stand with any music out there, but without an outside record label or any management backing us, it was totally unexpected, and it means so much more. Score one for the little guys…

Is our city a good place to do what you do?
I think this is a great place for aspiring musicians – there are a lot of opportunities to build your career – but you have to be willing to work at it. There are so many amazing players here to work with and learn from, it can be really daunting to someone coming from somewhere else.

When I first came to town, I was very intimidated by the fact that it seemed like everyone I met had already built an impressive list of credits. But instead of letting that scare me off, I just threw myself into it and worked at trying to keep up. And in the process, I grew as an artist on my own. 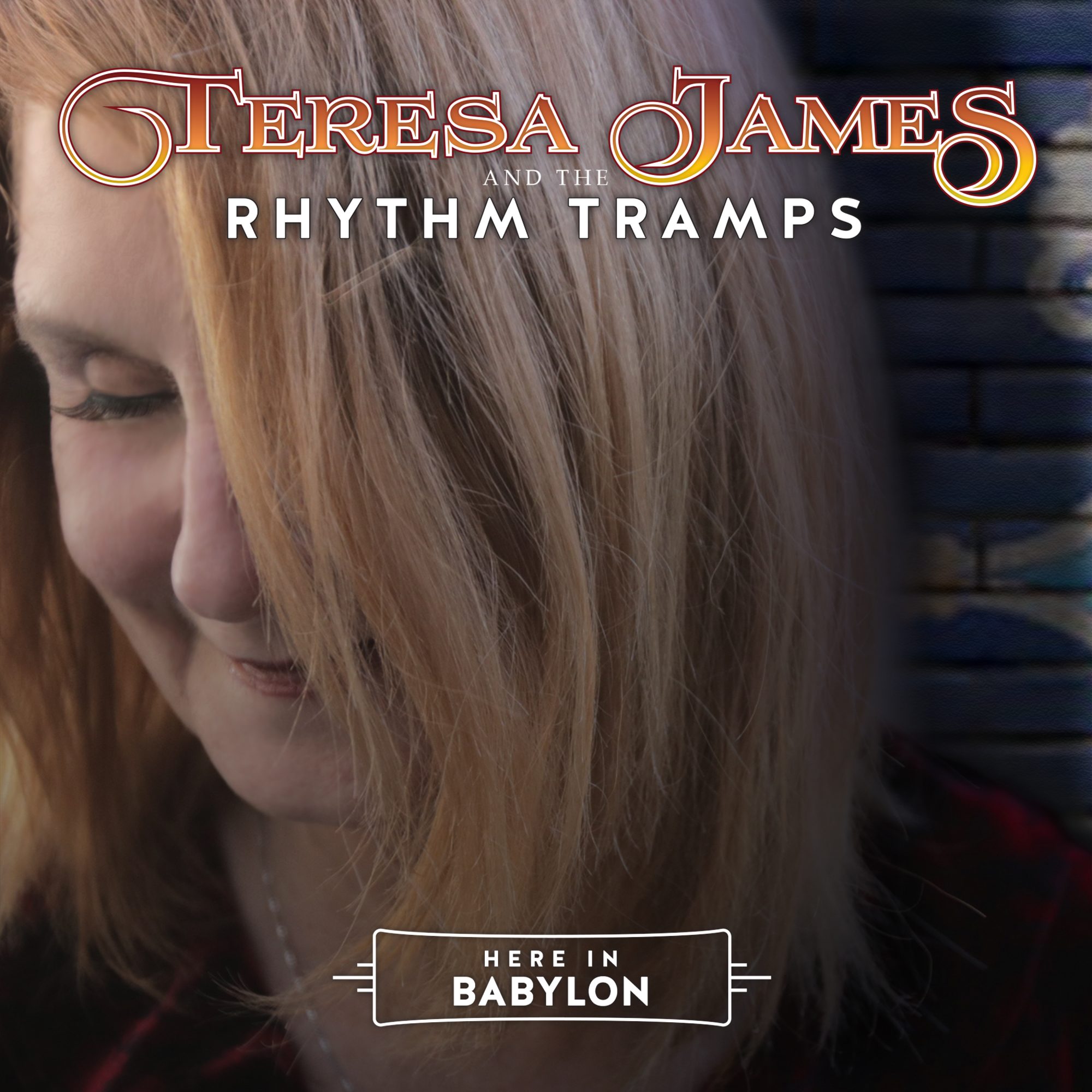 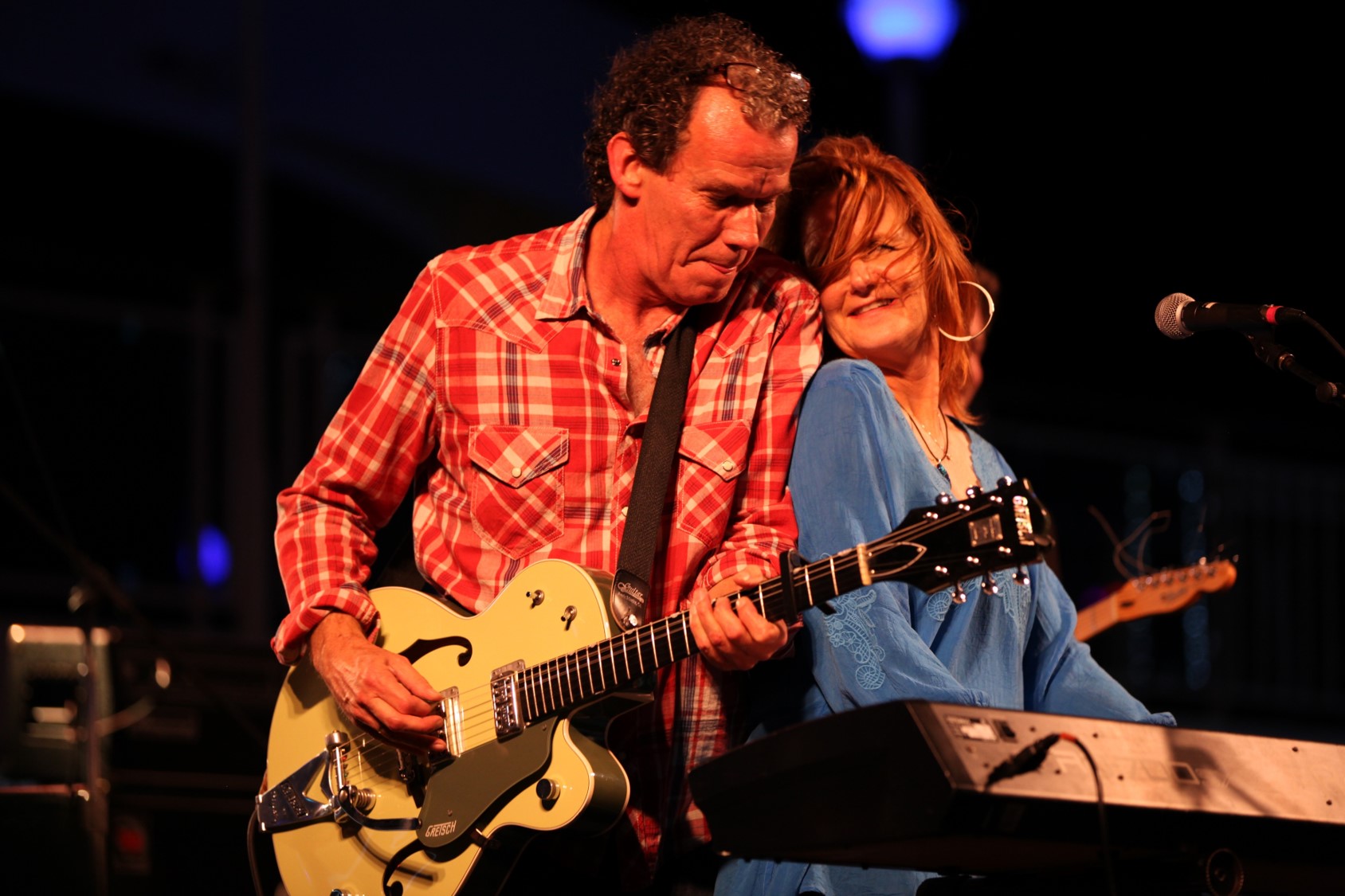 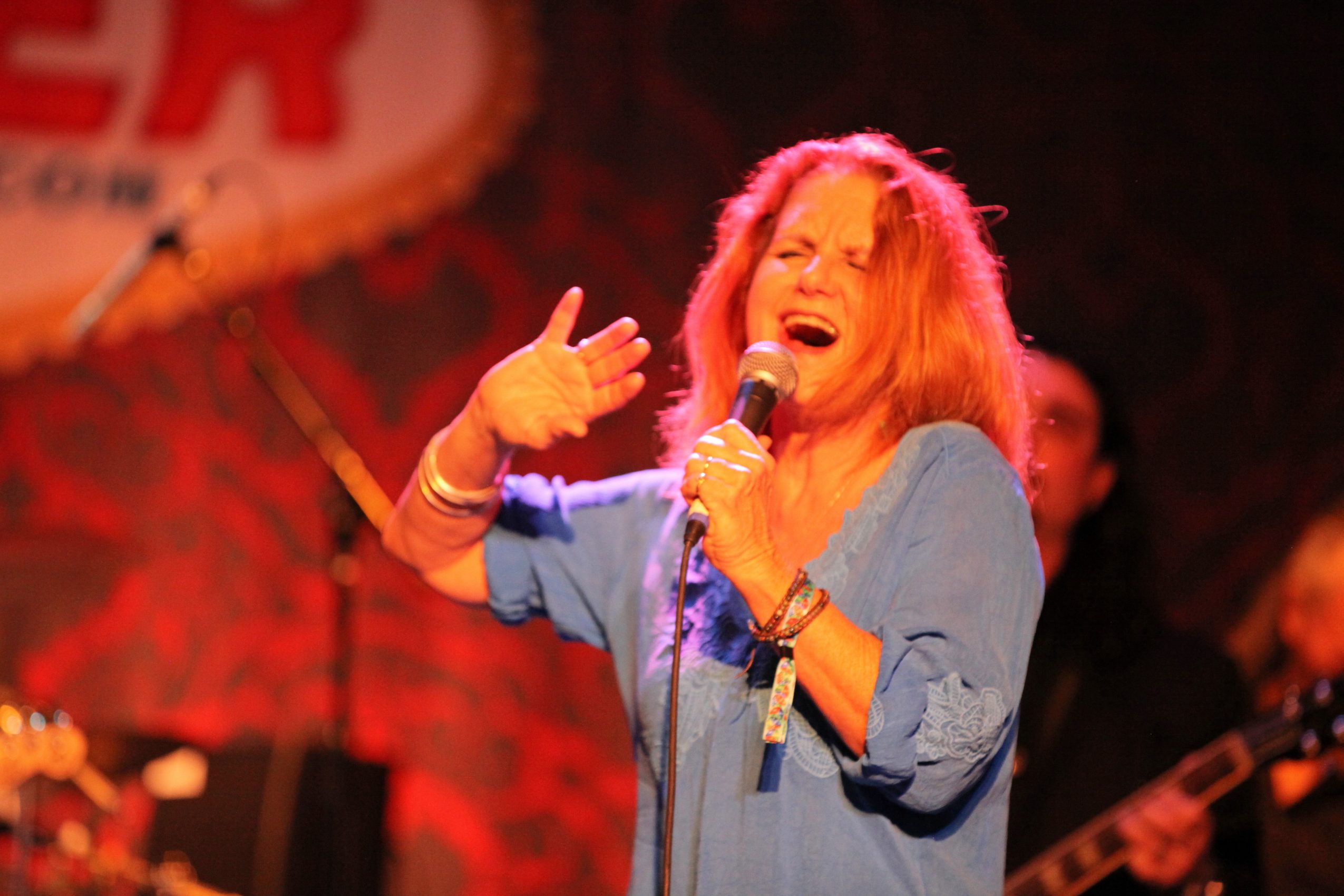 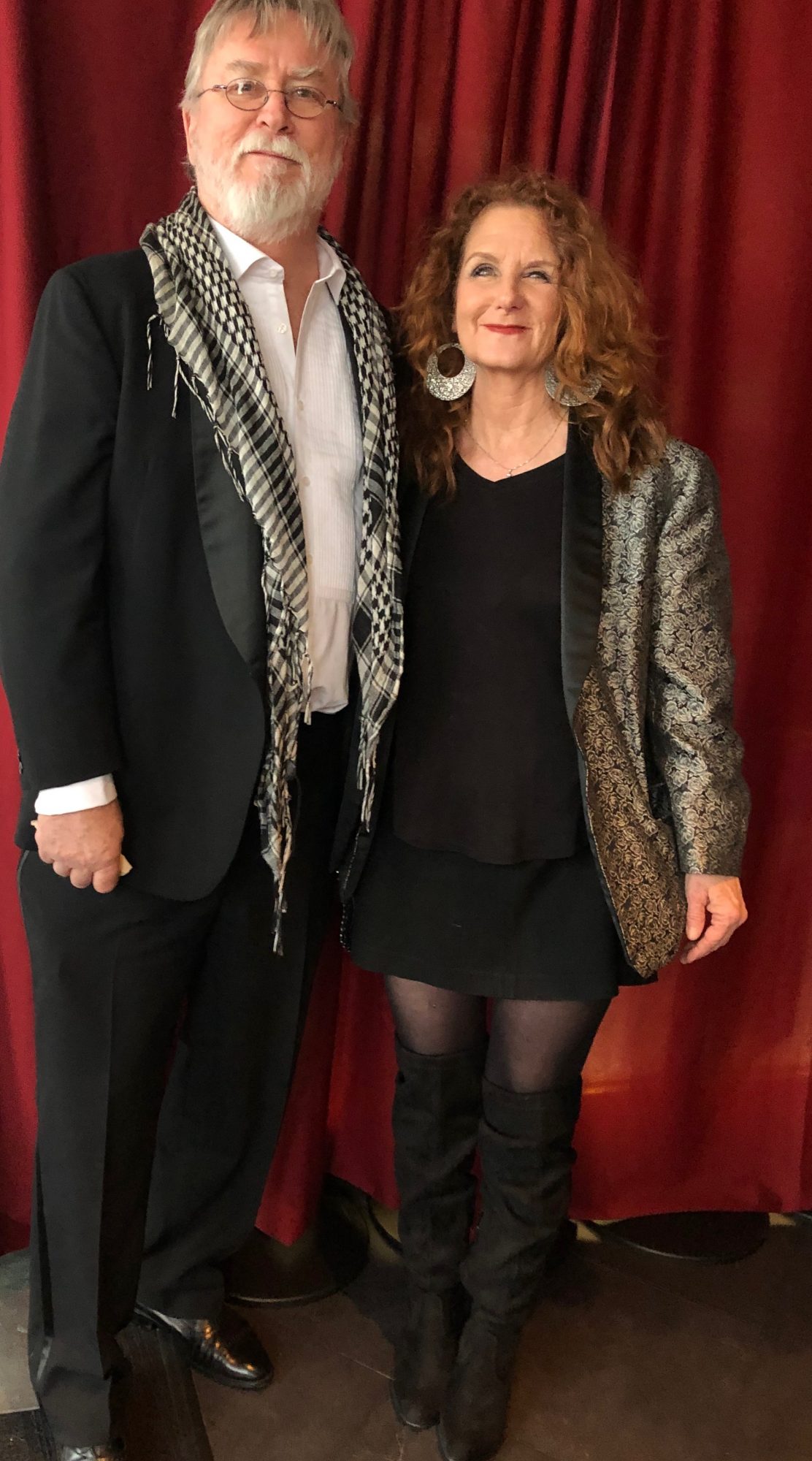 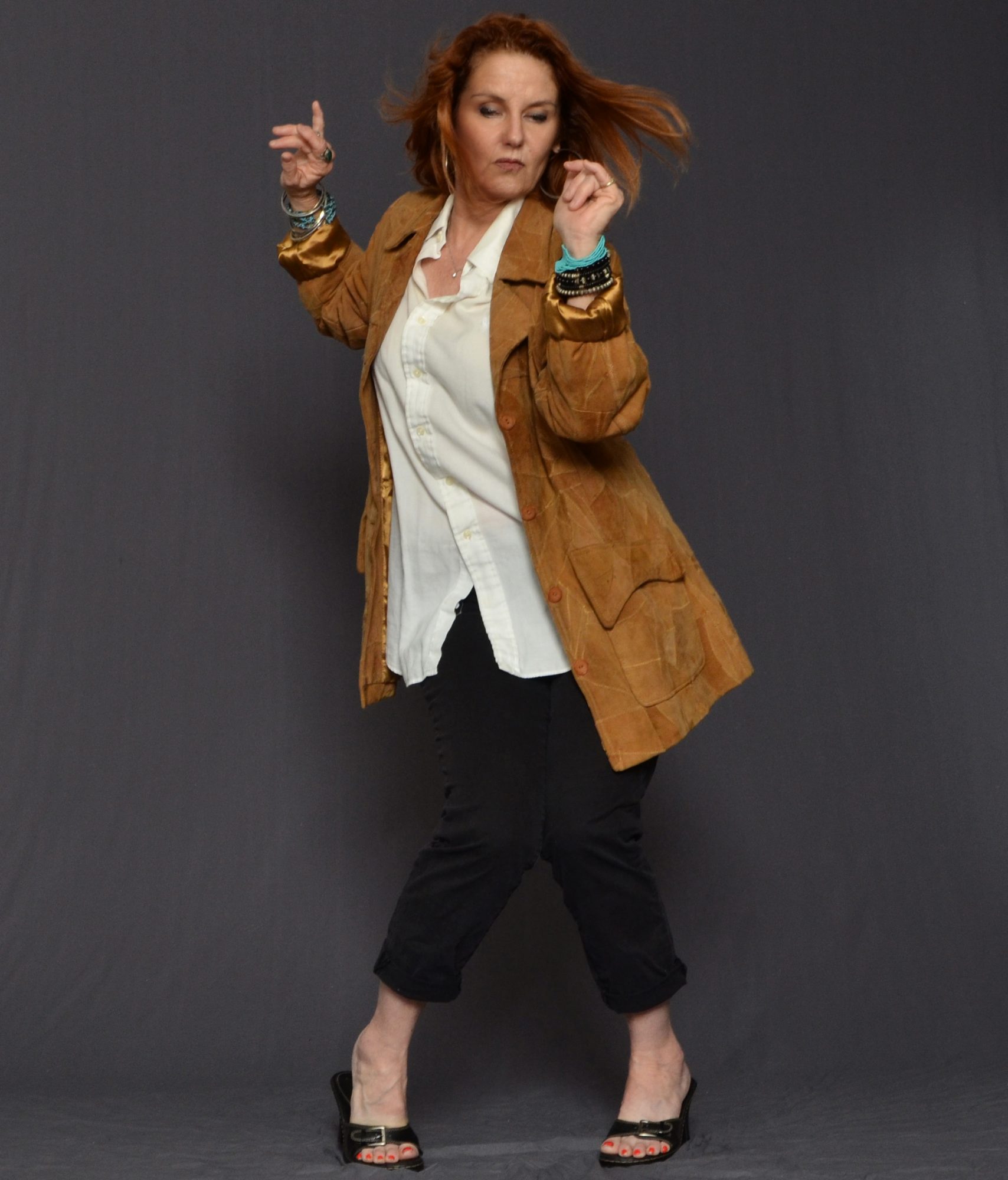 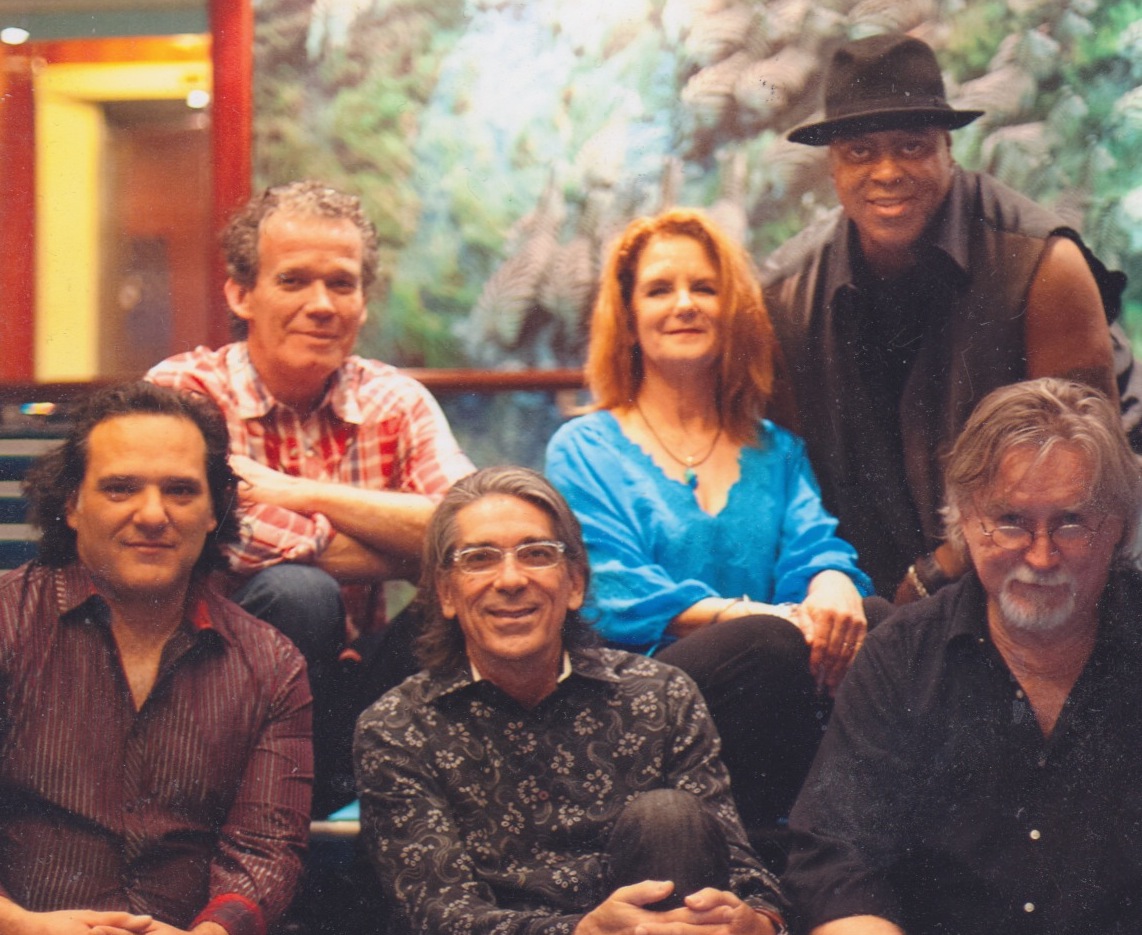 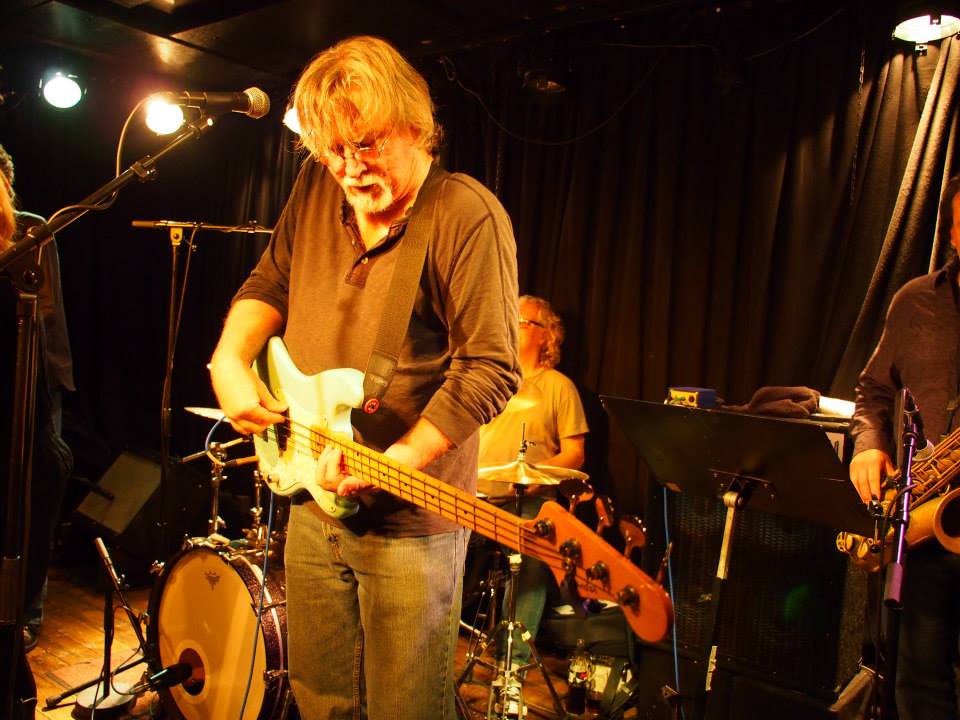 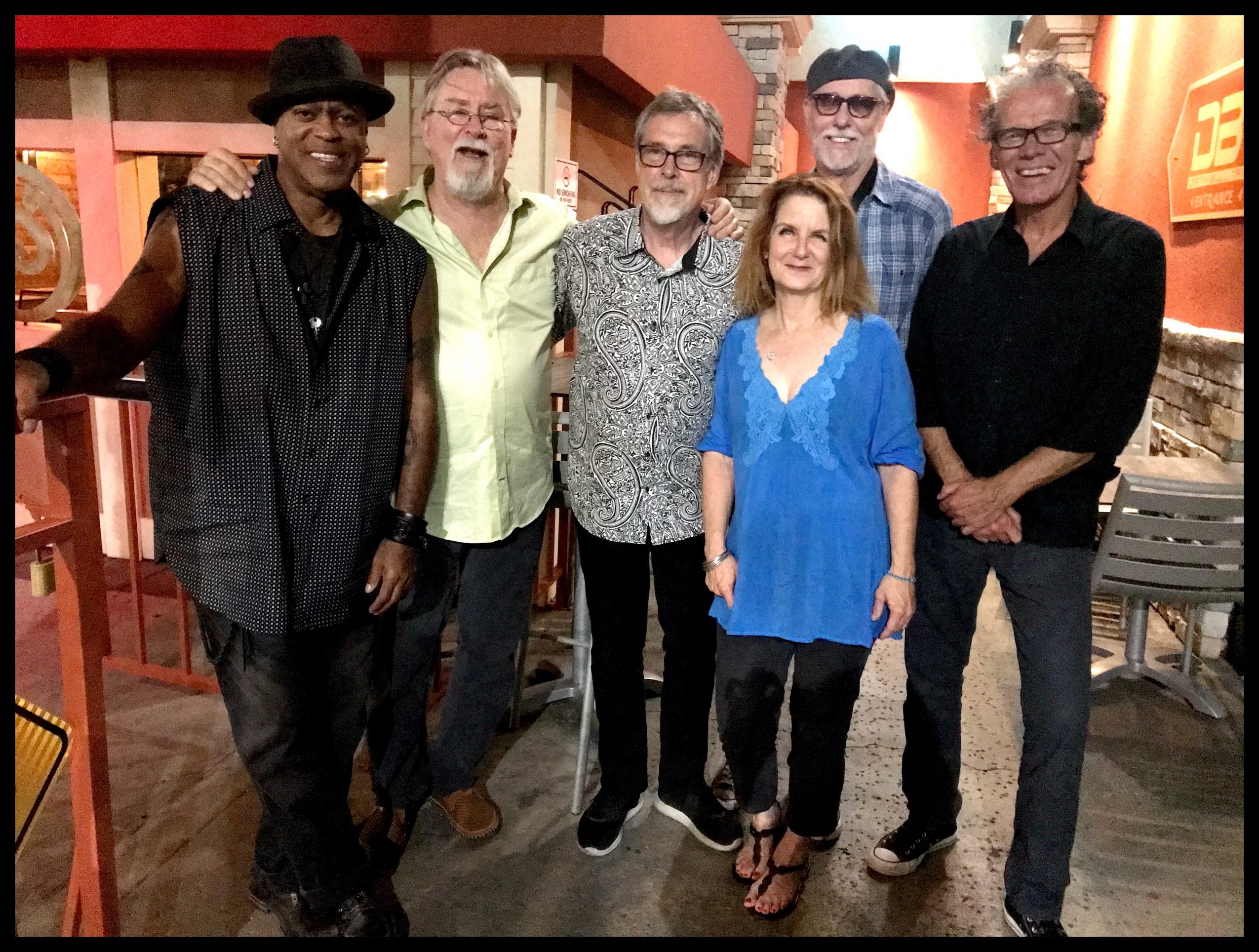