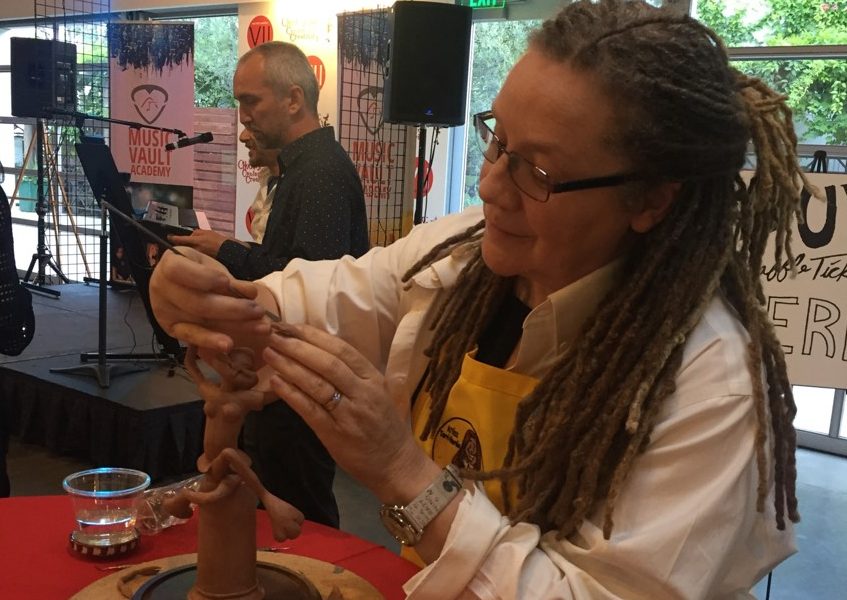 Today we’d like to introduce you to Terri Hardin (Jackson).

Thanks for sharing your story with us Terri. So, let’s start at the beginning and we can move on from there.
I was a little-mixed kid, half Black, half white. My white mother and Black father fell in love at the same time Rosa Parks was fighting for her seat on that famous bus. My mother says that when she saw my father she forgot her own name. He was that captivating.

I was bullied because my skin is whiter then my mother’s and my hair was a striking blonde but was nappy like my father’s. Many wondered what was I. I had struggles. My second-grade teacher called me Black Sambo and a guy lit my hair on fire. I wanted to be like everyone else. However, thanks to a story my father told me and I’m happy to share if time allows,”A rose in the weed patch,” made me realize how special being unique is. I never saw color, I have a very positive outlook and I have attitude thanks to my parents. I love people.

Thus my career began. I’m an obsessive Creative. If I see something creative and new I try it. I love learning. At 14 I made 145 gingerbread houses complete with custom gift boxes for my friends and teachers after reading an article in Good Housekeeping. My mother was shocked. I was hired by the hit TV show Barnaby Jones to illustrate director’s chairs for the cast and crew after the AD saw my hand illustrated pants I’d done. I’ve never been a broke artist. Therefore I show you how to earn a living doing what you love and show you how to get there.

I saw a film called “Star Wars” and realized that my work had a place in the film industry. So at the time, there was no internet I pursued this for my career. Success.! I’ve done over 45 different TV shows and films including Ghostbusters, Men In Black 1 and 2. Country Bears and more. I’ve also played the Foster Farms Passenger Chicken in those hilarious commercials for over 22 years. I’ve worked with over 100 celebrities who I could call on the phone and they would remember me if I had their phone numbers. Some I do.

I’m Known as Walt Disney’s Legendary Imagineer and have designed attractions for 3 parks all over the world. I’m a Jim Henson Puppeteer. I worked on the hit TV show Dinosaurs featuring Baby Sinclair “Not the Mama,” which ran for over 5 years and the last Muppet Show which only lasted a season to name a few. I create and design collectibles and one of a kind sculptures for clients like G. Del Toro and Bill Gates. I never give up. Creative thinking is what I do.

How does all of this help you a business owner and entrepreneur? I speak on how using creativity and innovation in your business helps your profits grow. I’m funny, kind and generous. Plus and an amazing storyteller.

Has it been a smooth road?
Tough growing up. I had a truly tough time auditioning when I was younger. To me, to movement applies to me in a couple of incidents. However at that time, it was called the “Casting Couch,” and my agent lets me know it was my decision as to what I would do if I was approached.

I’m the type that can wield a chainsaw, lay lathe and plaster and control a cherry picker. This type of stuff is considered “Man’s Work,” so I had to decide just how I was to fit in with mostly men in my field. I had to hold my own. I did. I Never give up. I may postpone, but I NEVER give up.

Acting is forever challenging. I don’t look like everyone else so blending in isn’t something I can do. This is great if you are a top actor, but when you’re starting out parts are few. I want to be a character actress at some point,

When you wish to do something and you can’t earn a living at it right away, creative thinking allows you to take this situation that can seem negative but can turn it into a positive. For example: Say you want to be an actor, but all you are getting at first is extra work which doesn’t pay the bills. So it’s suggested that you take a food service or office job to make ends meet. But this doesn’t appeal to you. Okay, so thinking creatively you ask yourself, what can you do? A) creates money so I can pay my bills and B)- is fun for you to do.

So let’s switch gears a bit and go into the Terri Hardin Designs, Inc. story. Tell us more about the business.
Terri Hardin Design, Inc. came about because I wanted work I could go back to any time I finished a film or TV show. I create photo-types, maquette, design and build rooms that come alive. I can create anything when it comes to sculpting and designing. I also create puppets for you pilot series or business. I even create costume pieces for Cosplay. I sculpt Disney collectibles and one of a kind pieces of any size for any special occasion.

In addition the this I Speak to organizations, Colleges and Companies about Creativity and how it can benefit them in Business and in life. As an Author, I’ve written a couple of best-selling books. Rock your life. and Tales from Terri and Disney Artists life. The latter I’m reworking on because I wrote it originally to see if anyone was interested in my writing. They are.

I’m most proud of the integrity of my practices by being upfront and frank about costs and production. What sets me apart from other companies is my attention to Detail in whatever I take on… I also create the ultimate safe environment for classes I teach allowing the student to tap into their self-expression without fear of feeling stupid or amateurish.

How do you think the industry will change over the next decade?
I’m going through a very big shift now as I’ve created my very first VIP trip in Paris France. 10 people get to tour with me in Paris. Guest will get to go to Disneyland Paris where I will show them first hand the dragon I designed from the ground up underneath Sleeping Beauty’s Castle and tell stories of what it took to create it. But we don’t just go to Disneyland. We also go into the city of Paris your chance to see this amazing city through the eyes of Walt Disney’s legendary Imagineer Terri Hardin, and that’s me. A must for those who want one of the most unique adventures of a lifetime.

PLUS, I’ve created my first event for people to come and learn how to make a living doing what they love and how creative thinking can make all the difference in their business and its life. Both of these are new ventures I’m so passionate about. it scares me a little and that’s how I know I’m on the right track.

I see the future as being a time where I will have a ton of brand new art to share, a multitude of classes to teach, and many many satisfied clients and students doing what they love. When you do what you love world peace is very attainable. 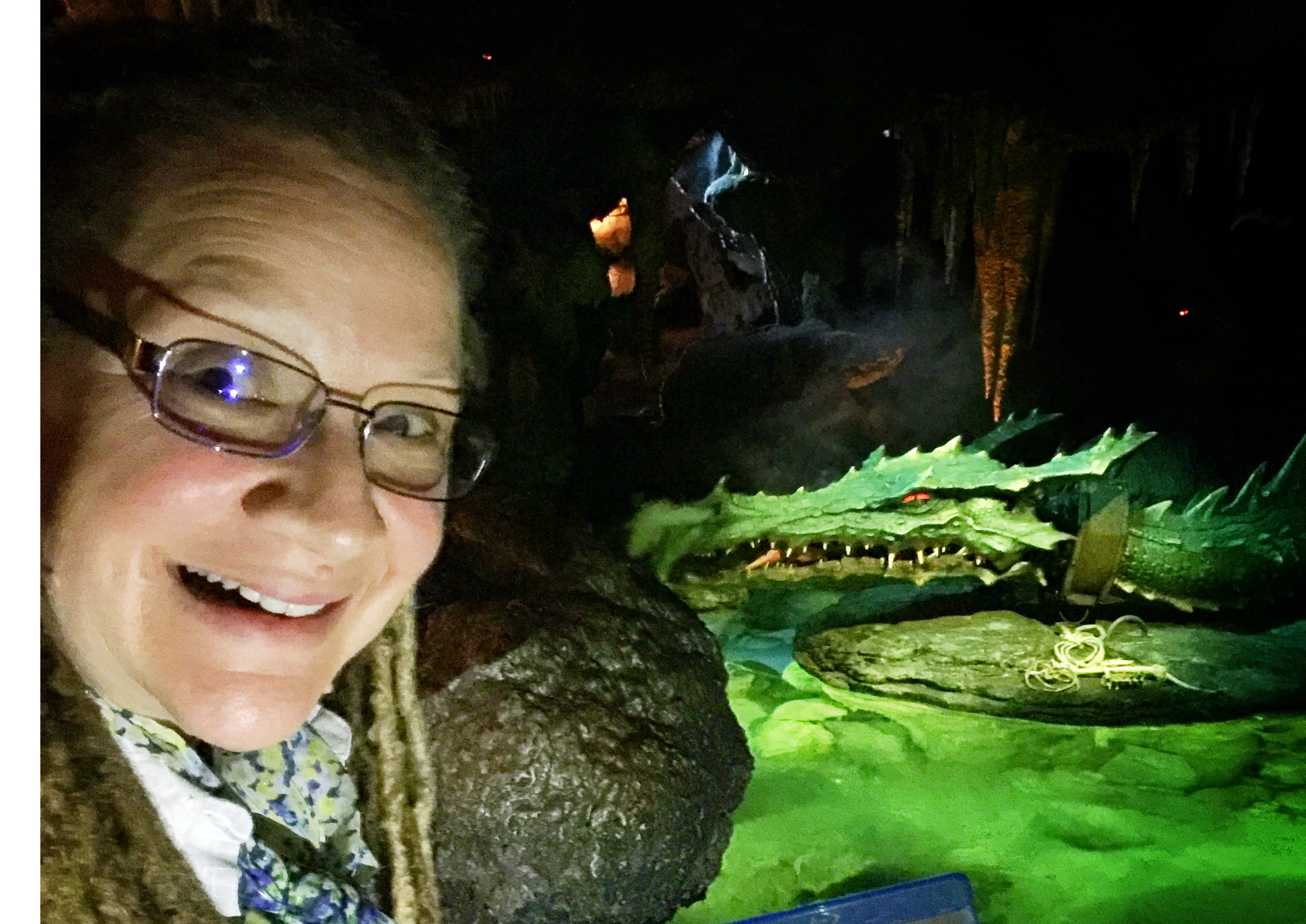 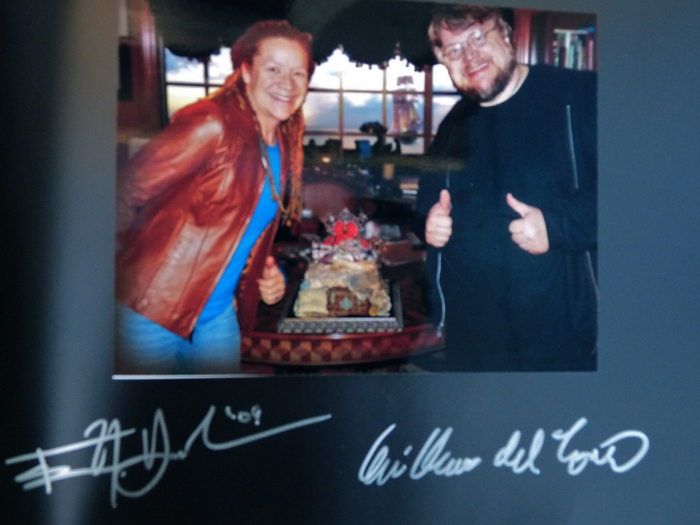 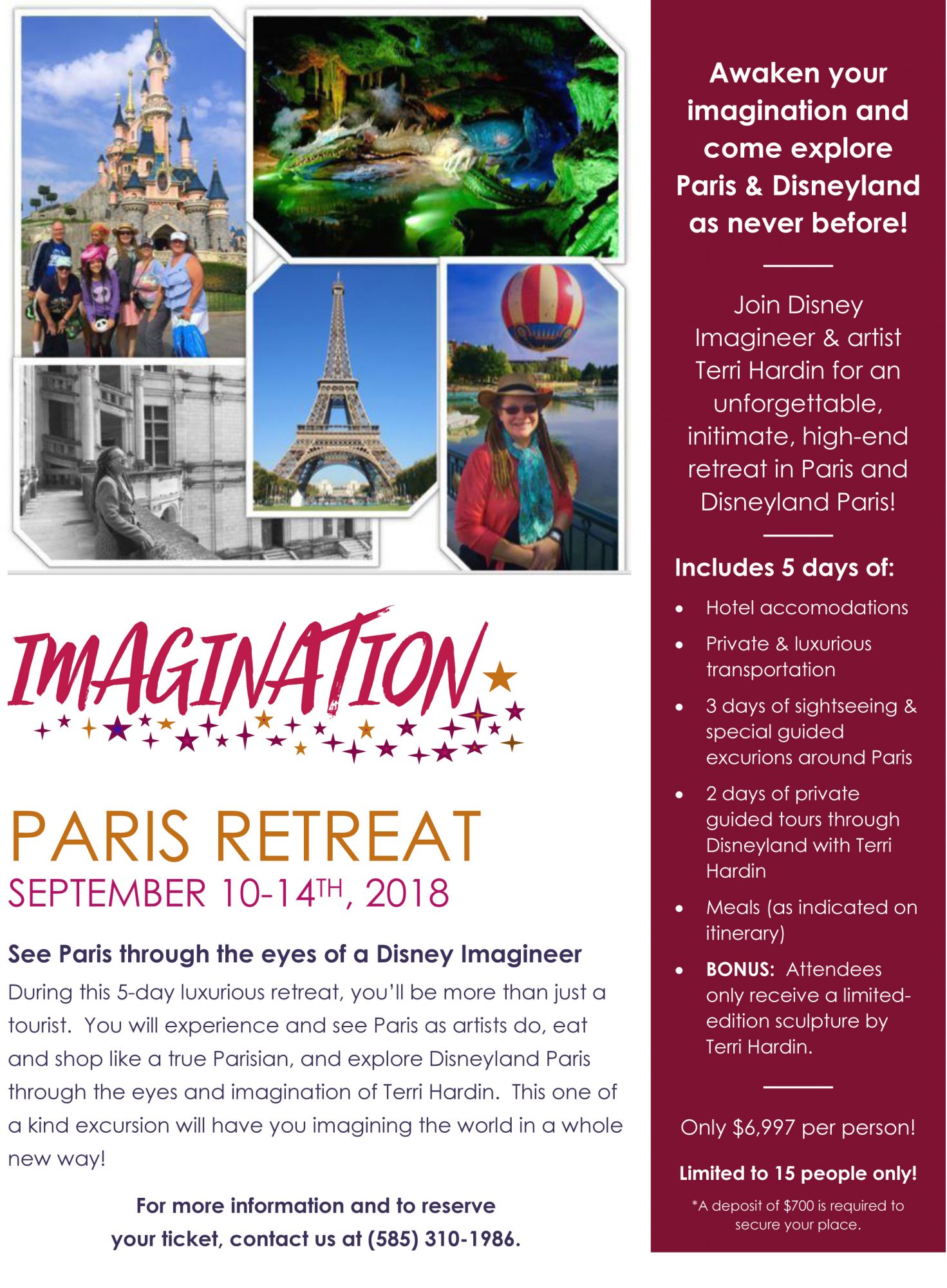 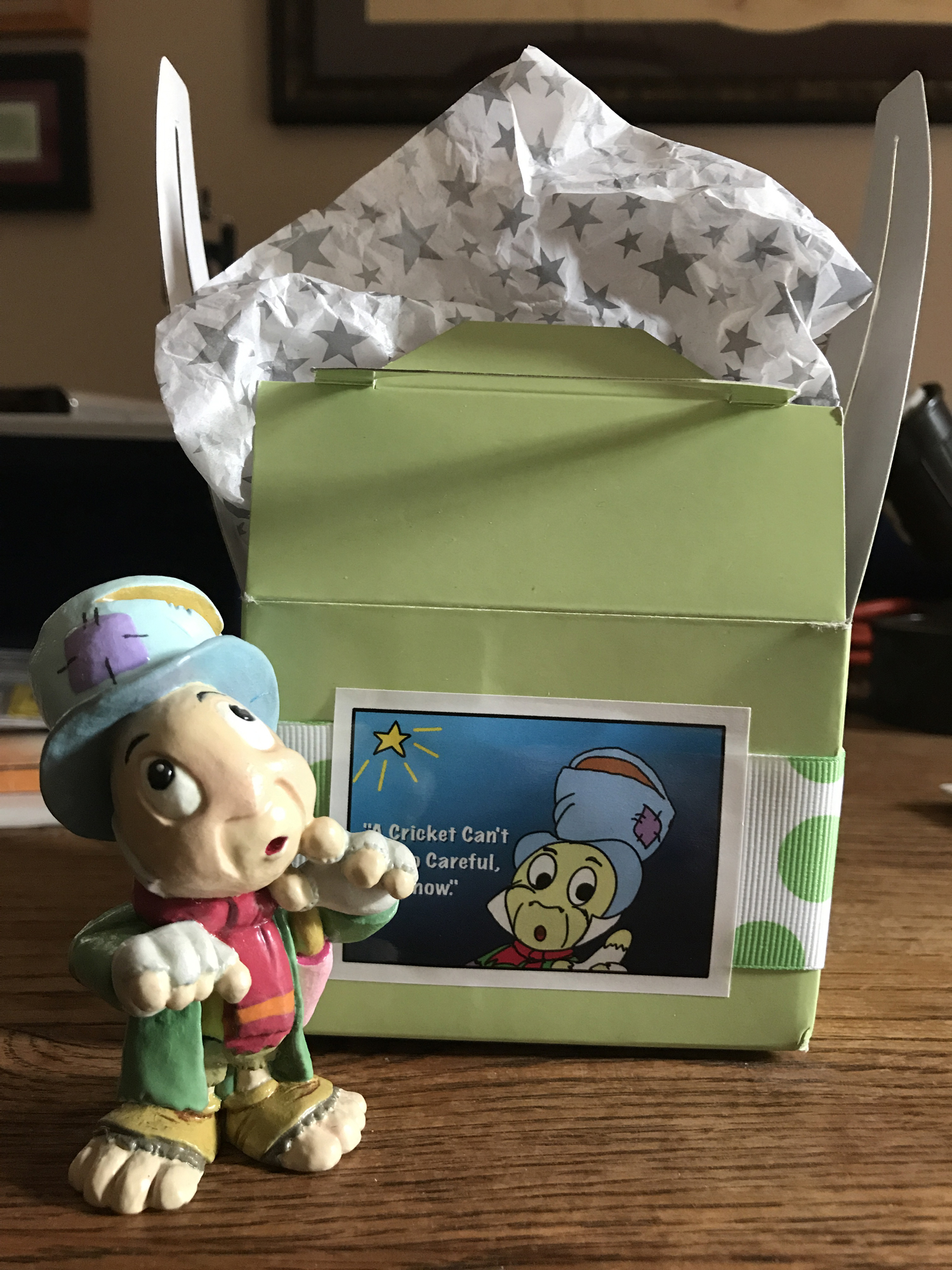 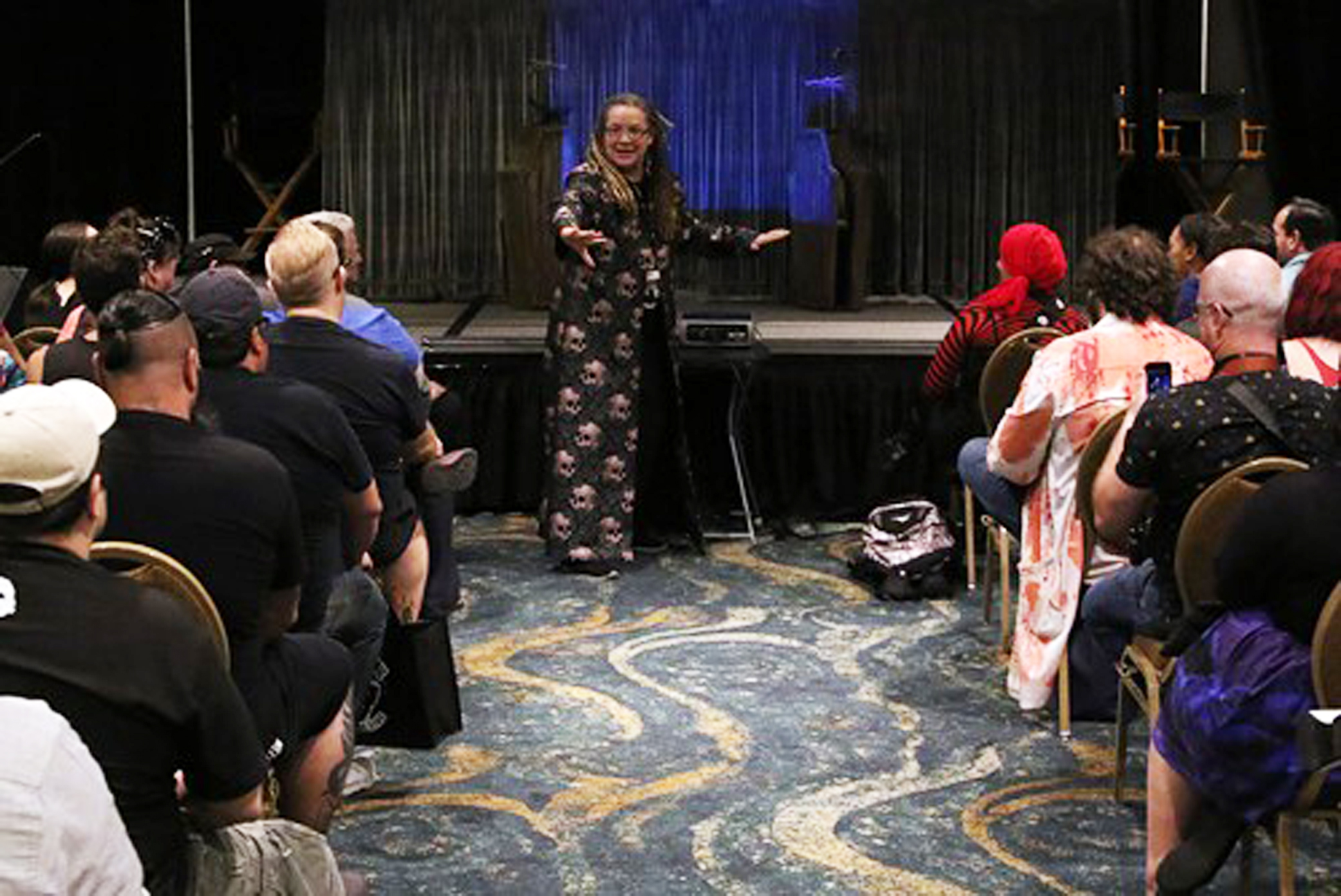 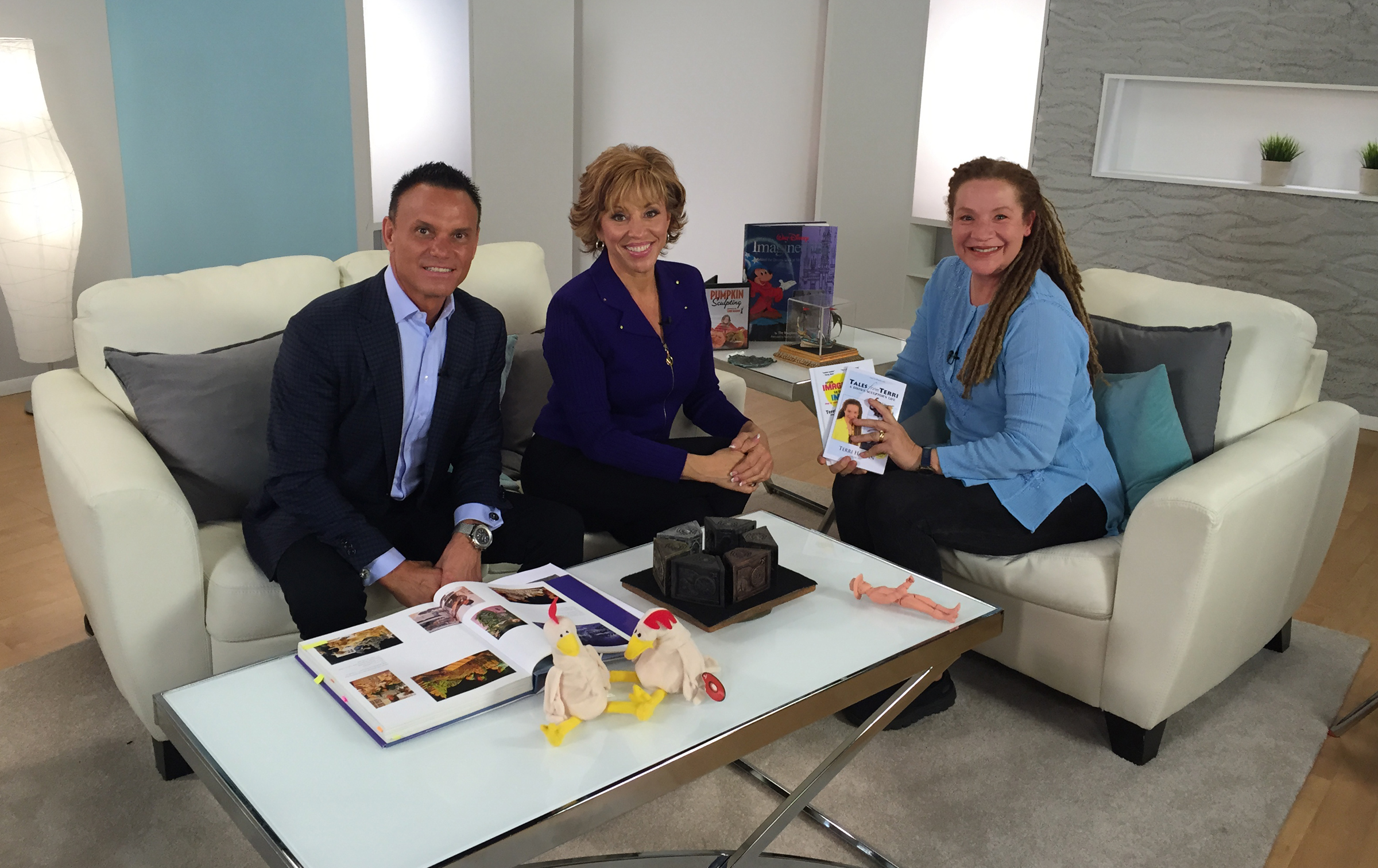 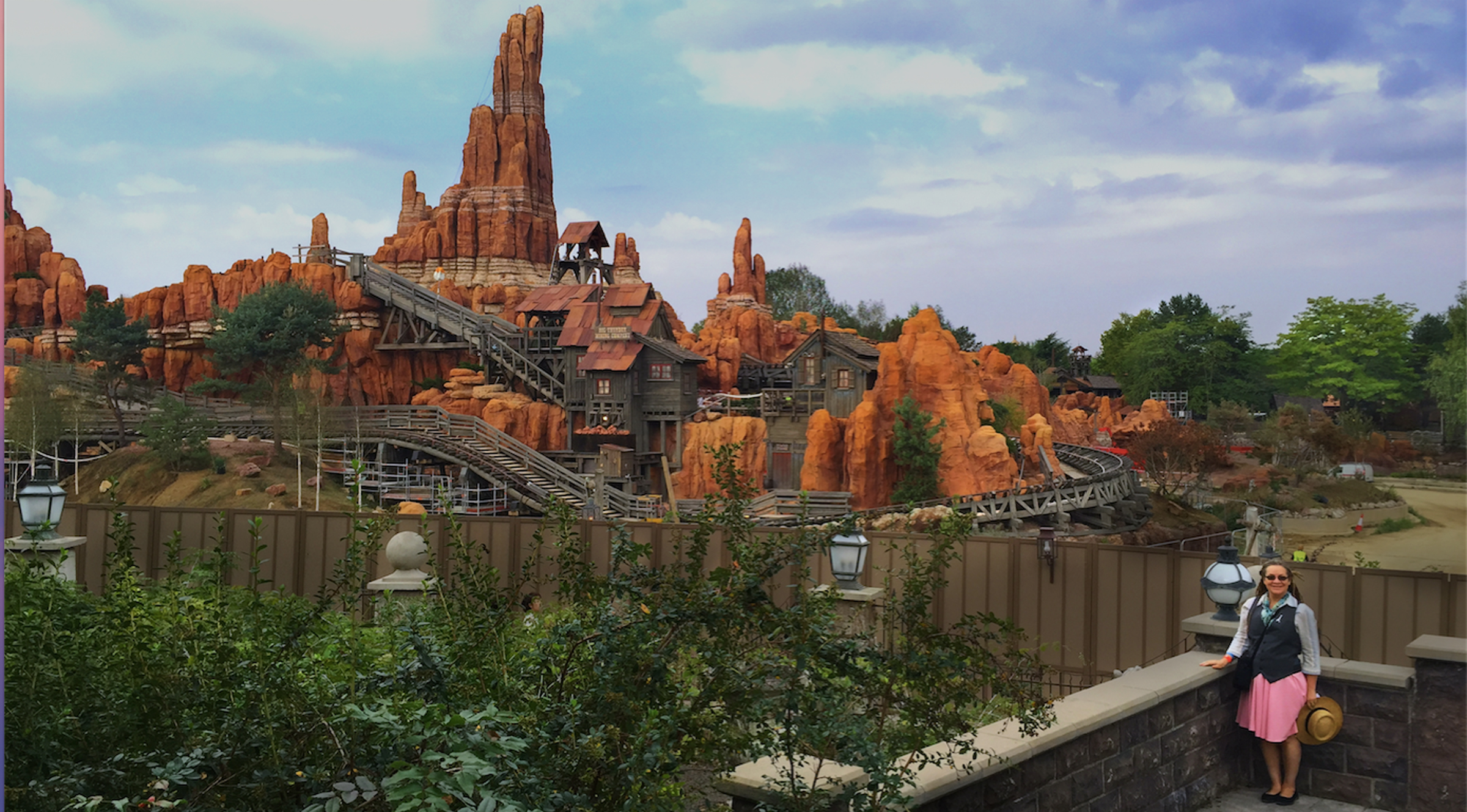 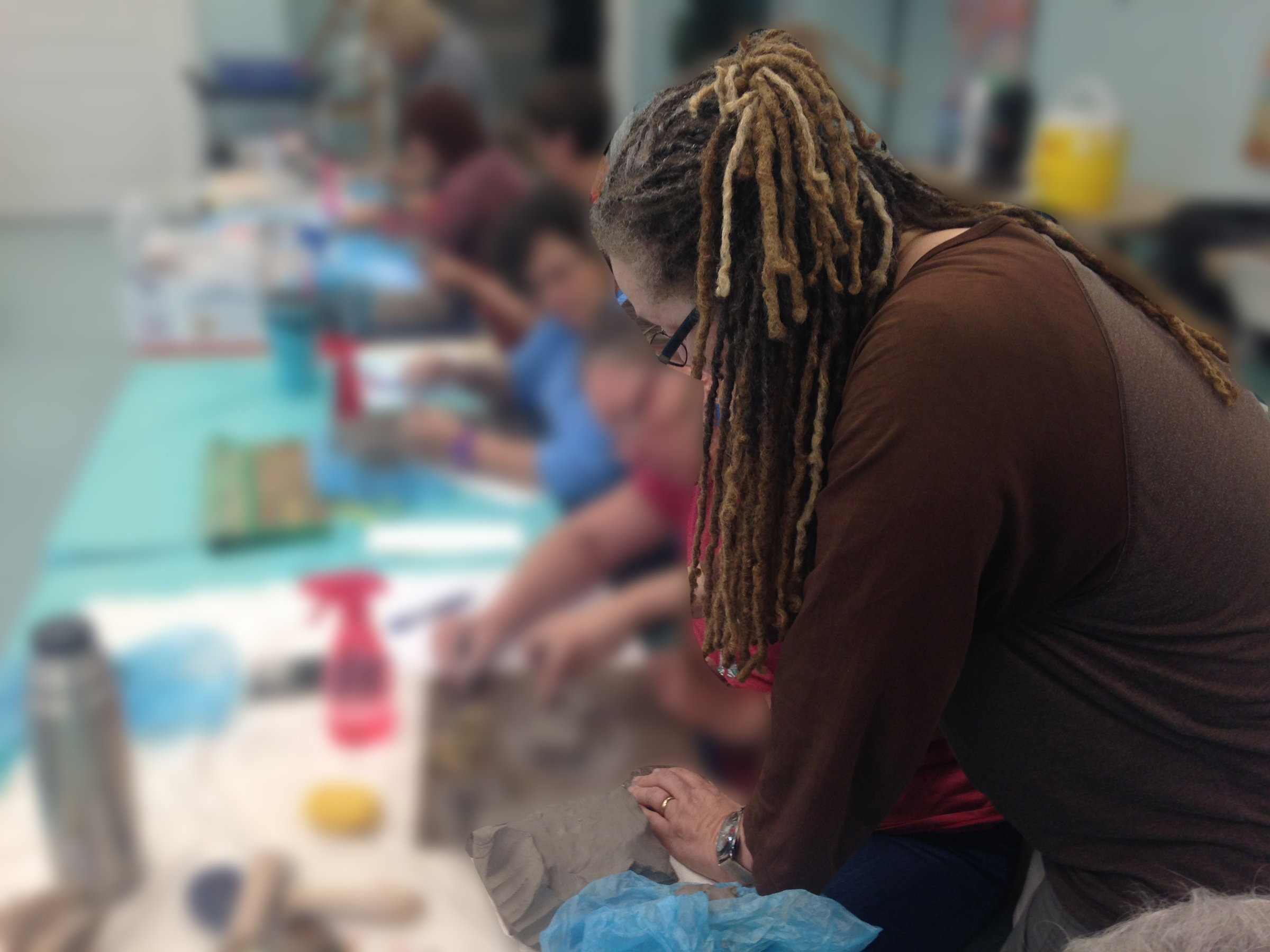