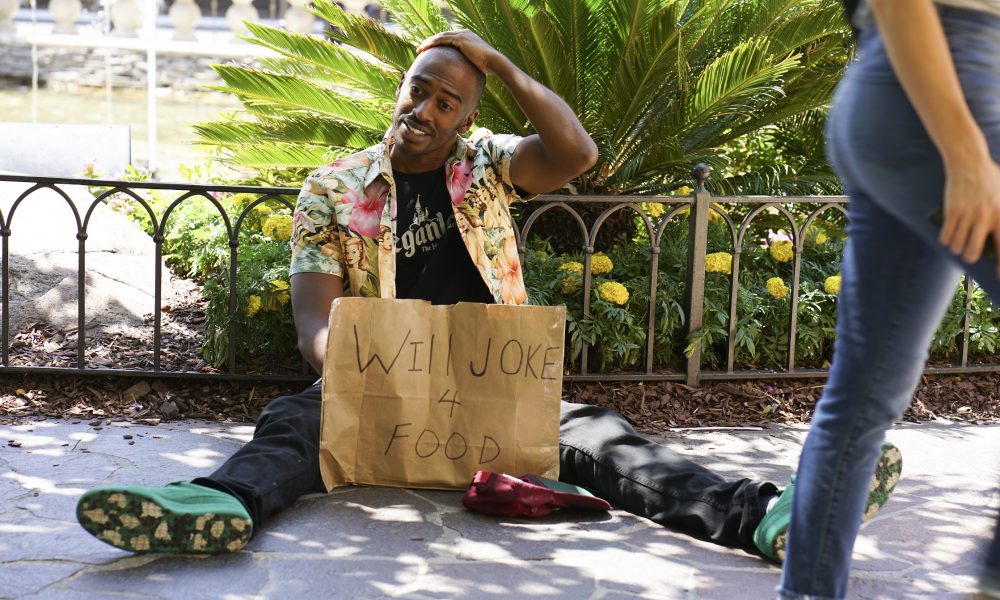 Today we’d like to introduce you to Terrence Murphy.

Can you briefly walk us through your story – how you started and how you got to where you are today. You can include as little or as much detail as you’d like.
I’m originally from Gary, Indiana, former murder capital of the world, and I am a comedian. Being from Gary you embrace funny. I think you have to. Because every time I bring up I’m from there, I know whoever I’m talking to (no matter where I am) is about to bring up every negative stigma about the city. I’ve always loved funny though, I can remember cracking jokes with friends in school or at the lunch table; trying to make people laugh was always important me. One of the first jokes where I remember having my entire family laugh was when I joked that “parents only give kids the leg part of the chicken” like I don’t have a choice “I want the breast, the tittie part.” I performed jokes a few times in high school and college but I honestly didn’t know if comedy was going to be there for me long term. My focus like everyone’s was go to college and get a job.

Three or four years after I graduated from Purdue University with a BS in Accounting, I eventually worked in sales for the Chicago White Sox which then got me an opportunity with the LA Dodgers. At this point, comedy was still in the back of my mind. I actually worked my way to becoming a financial analyst for the team but I had this itch. I got worn out from how unfulfilling the work was and started looking back at all those times I made people laugh and wanted more of that feeling. I quit in my mind for about two years straight. I would wake up every day not wanting to go in to work because I knew I wanted to be in a comedy club. I’ll be honest I was scared, I didn’t want to quit because I didn’t know what I was doing, I still don’t- I’ll never forget performing at the Comedy Union for the very first time in 2015 because I never bombed harder in my life, the only laugh I got that night was making fun of the fact that I had just got boo’ed (my face had to be on a “no stage” list). I haven’t looked back since.

As a stay at home dad, I manage a couple Airbnb locations, do other people’s laundry daily, paying bills off savings yet I’m happier than I have ever been. In addition to performing around the country, I have produced multiple shows in Indianapolis, Chicago, and monthly shows in Los Angeles. I booked my first wedding a couple months ago and I’m working on a few more to end the year. I just performed at the Comedy Store for the first time this year and I’ll be at the Laugh Factory Hollywood this Sunday, Dec 29th. Shoutout Chocolate Sundaes! I had a goal of performing comedy in all 50 states for 2019 (my girl works for Southwest Airlines so that helps a little) but I came up about 43 states short. Might try to restart that in 2020, maybe spread it out.

Has it been a smooth road? If not, what were some of the struggles along the way?
Definitely not. I try to perform (comedy) or get in front of a crowd every day and there are days I go out to hit 4 or 5 mics/clubs and sometimes I’m only able to get 3 minutes or most times I’m not able to get up at all but if you’ve ever made a group of people laugh, those rejections really don’t matter. You chase the laugh, you chase that feeling of seeing people smile, slapping their knee or covering their face because of something you said and you’ve given something to them. You chase that feeling of being able to affect people and my goal every time I get up is to try to change the way people think about things. There is so much hardship. There is so much sensitivity, I think social media has insanely helped with that but I want to be a voice that creates a balance through my jokes.

When I first started, I can’t tell you how many people told me “you can’t do it” or “you shouldn’t it” or “stay at your job” and they didn’t take a chance at anything because of fear but you can tell some of those people aren’t happy. Fear is the realest struggle. There are days where I know my son will eventually ask me why I do what I do or for real advice? Of course I fear failure and not knowing really what’s next but I hope my example will help my son embrace whatever he wants to do.

Although I love what I do, I never feel like I’m doing enough and every day is hard. Comedy is the hardest thing I’ve ever had to do.. next to being in a relationship (sorry needed a joke in there) but the joy I get from making people laugh, I can’t stress it enough.. there is no better feeling. Having people come up to me after a show to tell me how much fun they had or having them say “I think just like you but i’m too scared to say it.” That’s what I live for. Financially, its hard because I was making no worry money at the Dodgers but my heart wasn’t in it. I don’t ever have to question that now. The money I still question.

Tell us about your business/company. What do you do, what do you specialize in, what are you known for, etc. What are you most proud of as a company? What sets you apart from others?
Whats sets me apart is my fearlessness. I specialize in taking chances in conversation and on stage because I think that’s refreshing. As far as pride, like I said above, growing up in Gary, IN was rough and for what the city has become, I feel like that has helped me. I’m not tough by any means and I’ve been extremely blessed but I’m not scared to do or try whatever because I’ve always had to do that. You do whatever to make it work and I’m very proud of that.

What are your plans for the future? What are you looking forward to or planning for – any big changes?
Honestly I had a goal of performing comedy in all 50 states that I want to revive but I’m just working on growing and getting better as a comedian. I’m writing sketches, working on a couple specs, looking to host more this year. I have a lot of ideas just still working on some of the execution and that’s a part of the journey. 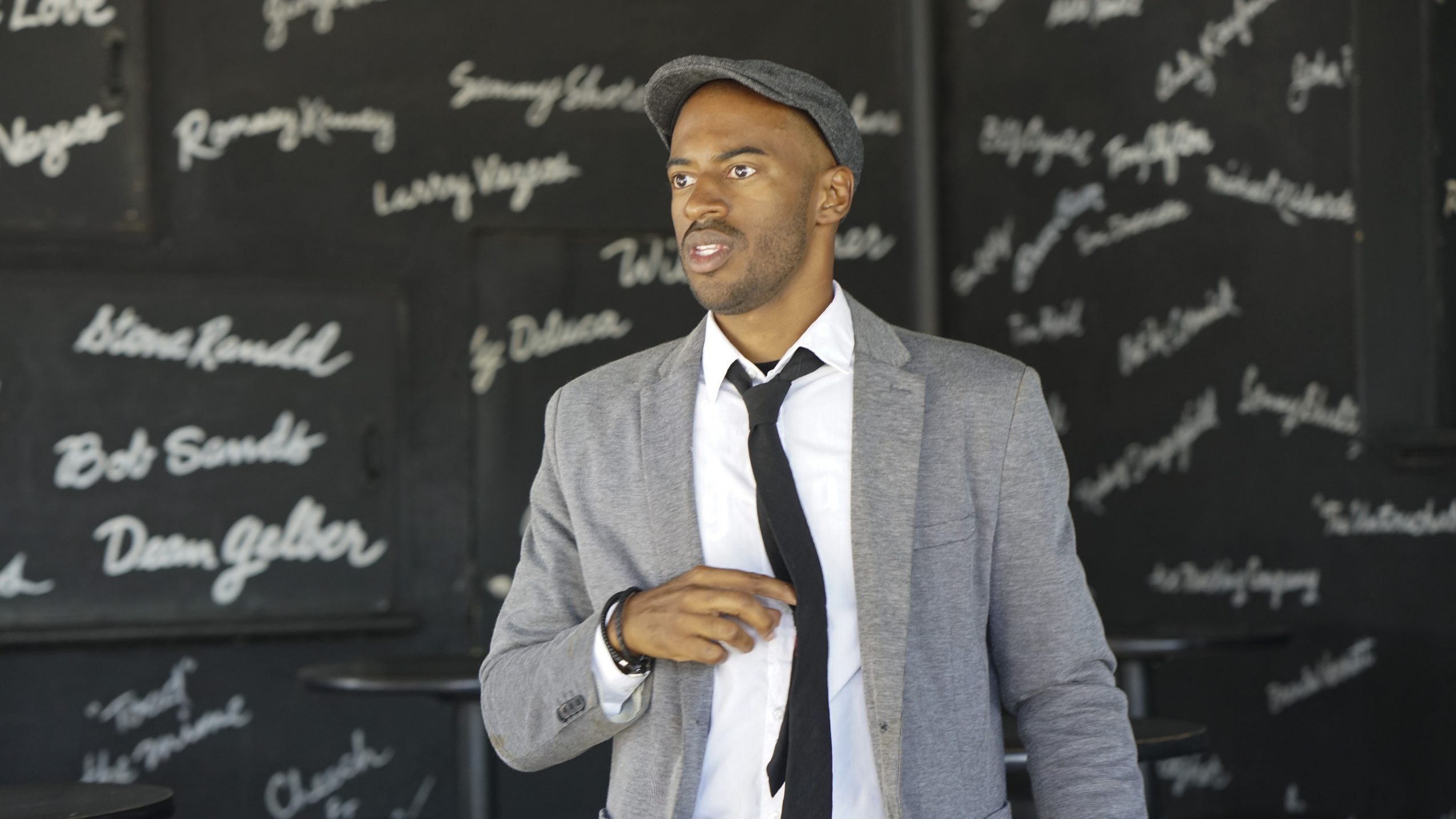 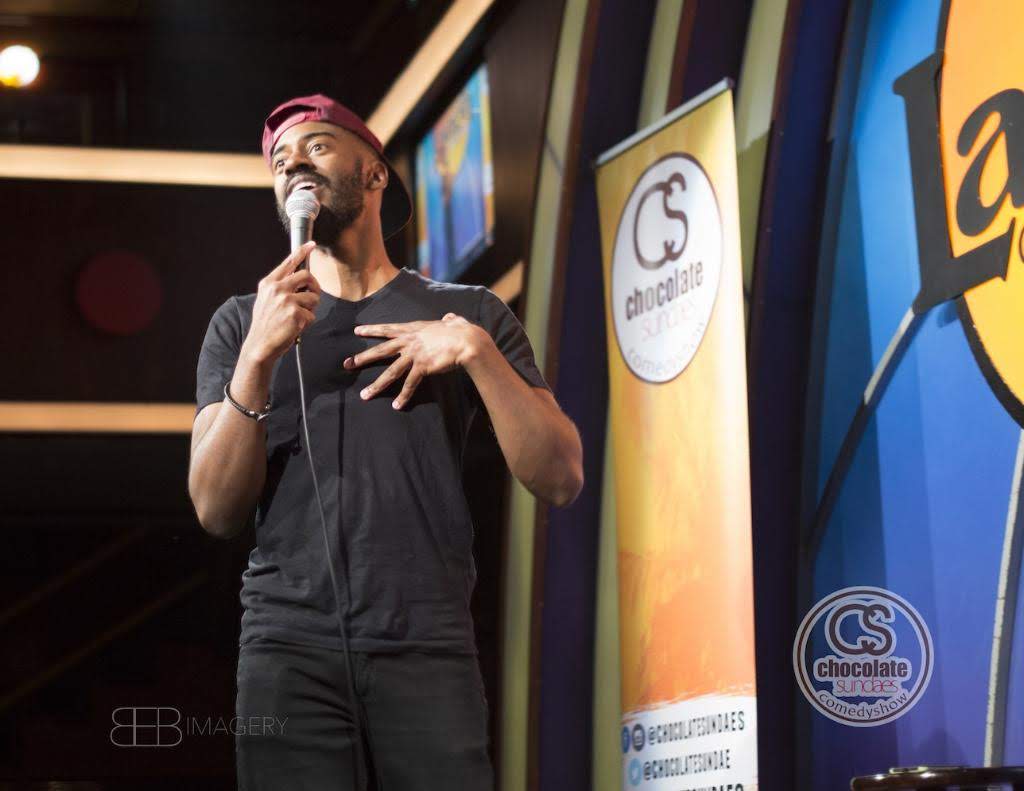 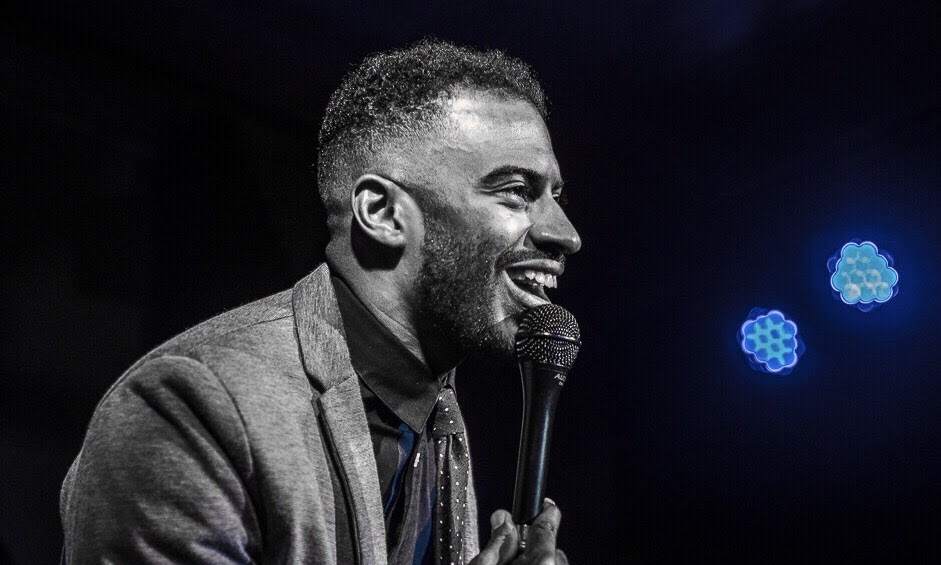 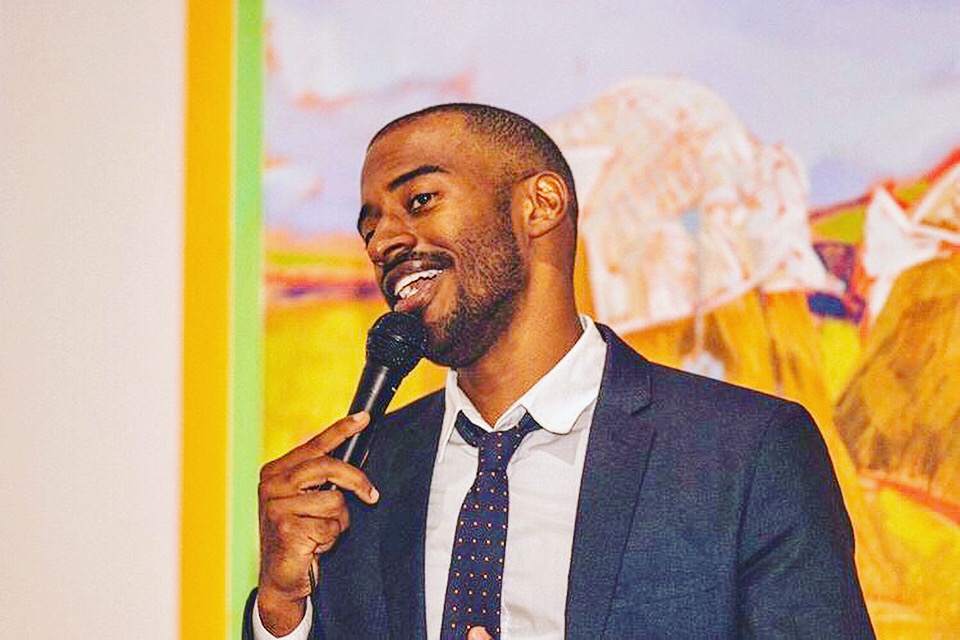 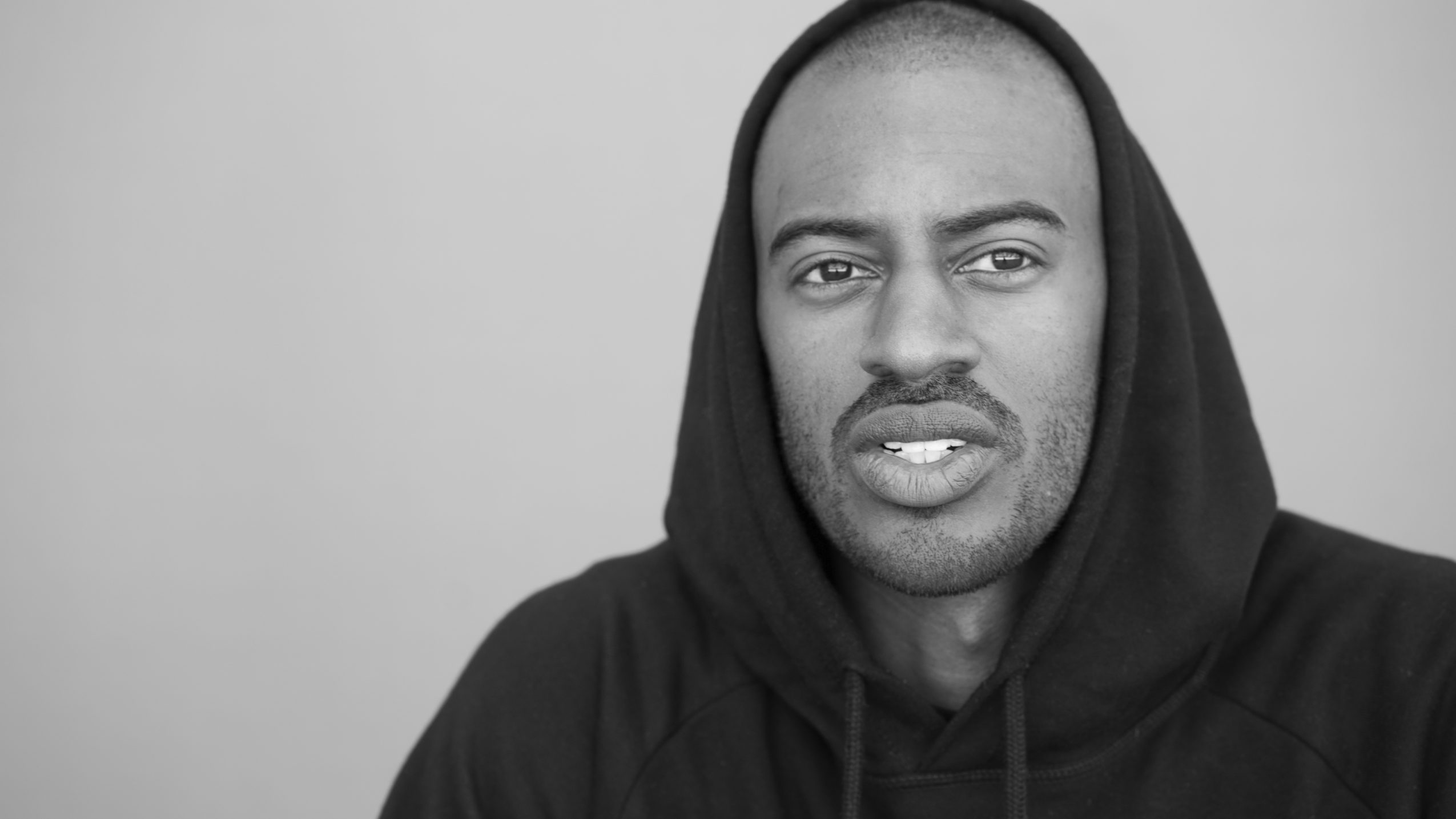 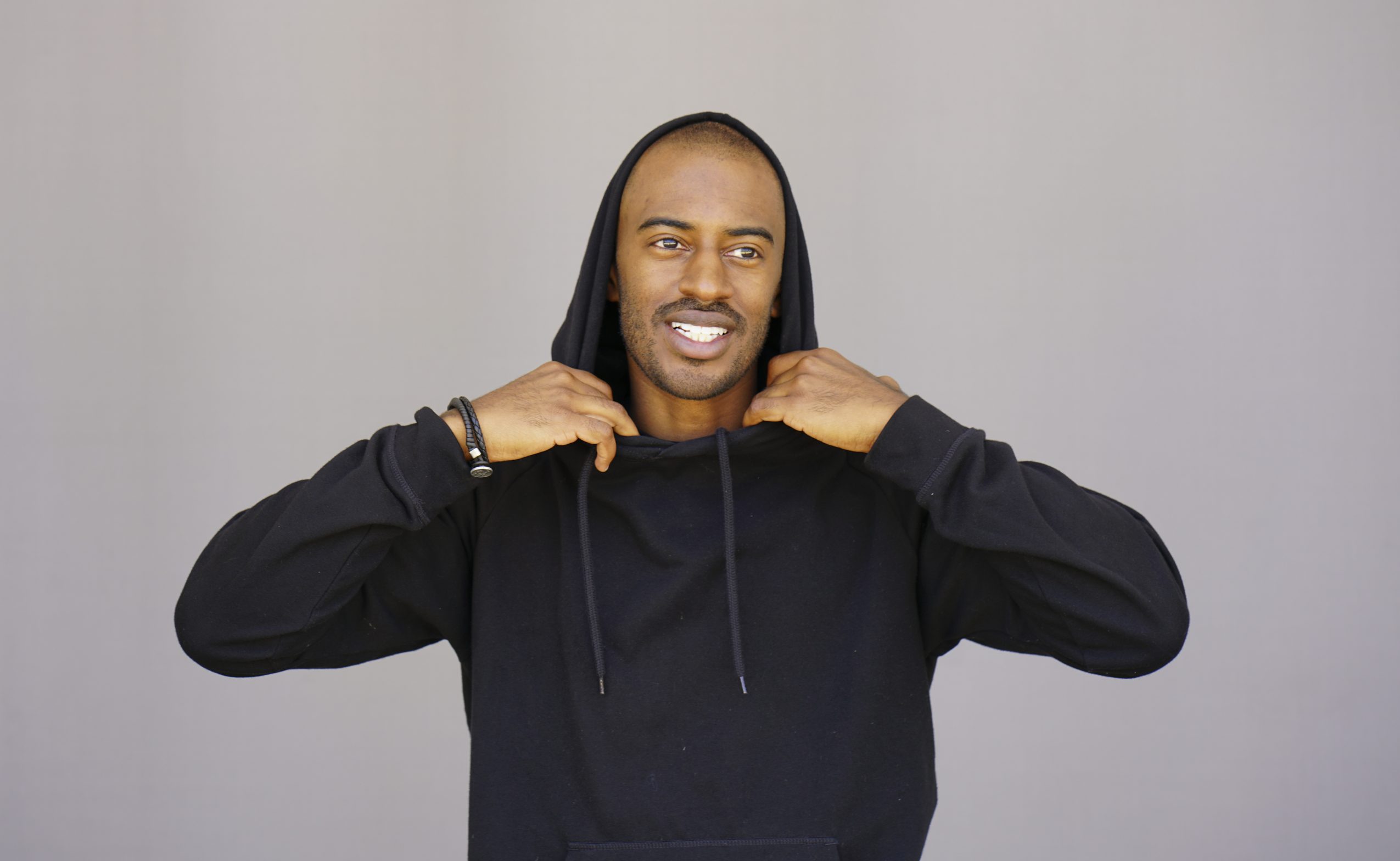