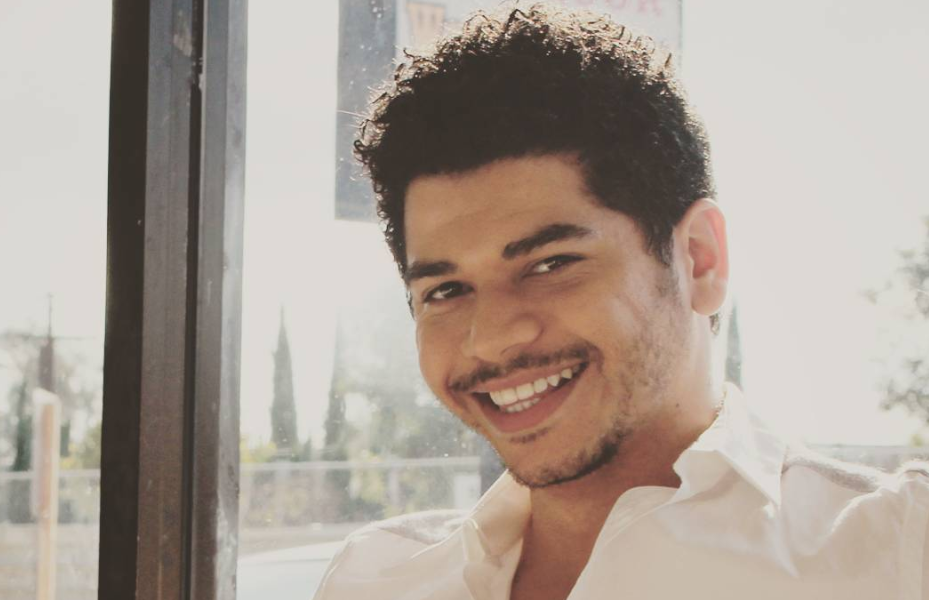 Today we’d like to introduce you to Terrence Edmonds.

Terrence, please share your story with us. How did you get to where you are today?
I was born with a creative mind and a passion to entertain others. When it came time to apply to colleges I was at a loss deciding on a major, when thinking of my true passion, I was brought back to the indelible memories of my childhood. Moments etched on my heart such as exiting a dilapidated movie theatre reenacting my favorite parts, filming my own movies with friends, or running around in my Red Ranger Halloween costume flipping over couches while watching Power Rangers on TV.

When thinking of my adult life, I could not ignore the magical moments captured through story, imagination, and character that had impacted my youth with such pure happiness. This childlike love of movies and television combined with my outrageous personality pushed me to pursue a career in TV and film. Being a strong believer of manifesting your own destiny, as you are the creator of your own reality, I continue to make my dreams come true.

Some of my favorite roles include guest-starring on ABC’s Grey’s Anatomy as Jim, TNT’s Major Crimes as a Latino gangster named Juan Carlos Diaz and my recurring role from CW’s remake of 90210 as Gavin, a flamboyant highschooler who lived in his roller-skates! I look forward to working in the next primetime Emmy Award-winning series and working with such writers/directors/creators like Kevin Williamson, Joss Whedon, Ryan Murphy, Diablo Cody, James Wan, and Marc Cherry.

The past few years have been focused on writing and producing. My partner, Jake Doull, and I successfully crowdfunded 30K in 30Days to fund our murder mystery drama, Wicked Enigma, on Kickstarter. We shot and produced a seven-episode series running roughly about 30 mins each.

This LGBTQ series has the drama of Pretty Little Liars with the horror elements of Scream, and has viewers begging the question: How well do you know your friends? Max must survive love, loss, grief, and betrayal while being a pawn of an even more wicked game.

Overall, has it been relatively smooth? If not, what were some of the struggles along the way?
The road to success is always under construction. Getting to where I am today has definitely had its ups and downs. In terms of my acting career, I have felt the same obstacles as many other actors of getting into the room to meet casting directors, long dry spells, finding roles that fit for me. But there are some challenges I face as a biracial actor that aren’t as common to others. Being half black and half white, I was never accepted by either community, not dark enough to be considered black. But not light-skinned enough to be considered white. So it begs the question where do I fit it?

I have met some amazing “color blind” casting directors that have brought me in for roles that did not match my ethnicity such as David Rappaport, Linda Lowry & John Brace. Rappaport brought me in to audition for 90210. The breakdown requested an Asian actor, but I went in prepared and showed what I could bring to the character which quickly turned into being offered the role.

We’d love to hear more about your work.
I am the creator of Wicked Enigma. Writer/Actor/Director/Producer… My partner, Jake Doull, and I had to do it all!

My partner and I have been pursuing careers in the entertainment industry and combined we have over 15 years of experience. While that time was spent learning, we were fulfilling someone else’s dream. We’re strong believers that representation matters and are striving to get more GAY/BI leads in stories for the youth to enjoy.

Throughout my years in the entertainment industry, I have noticed a lack of representation when it comes to LGBTQ characters. Don’t get me wrong, there have been quite a lot of shows recently that are opening up to the idea, but usually, the characters are the “token gay” and never leading the show. Growing up as bisexual I had always wanted to see someone I can relate to as the main character.

So, I decided to stop waiting for SOMEONE to make this vision come true. I chose to greenlight myself and write roles and voices where there are none. WICKED ENIGMA is a murder mystery centered around a gay love story following our main characters as one struggles with keeping murder a secret while his counterpart’s secret sexual orientation is being threatened to be exposed. It’s a story about relationships and makes you ask the question: How well do you know your friends, because when everyone has a motive.. who do YOU suspect?

If you had to go back in time and start over, would you have done anything differently?
I believe everything happens for a reason. The setbacks and challenges we face in life help shape who we are today. So, while my life and career have thrown many curve balls my way, I am thankful and grateful to have learned from my past mistakes. 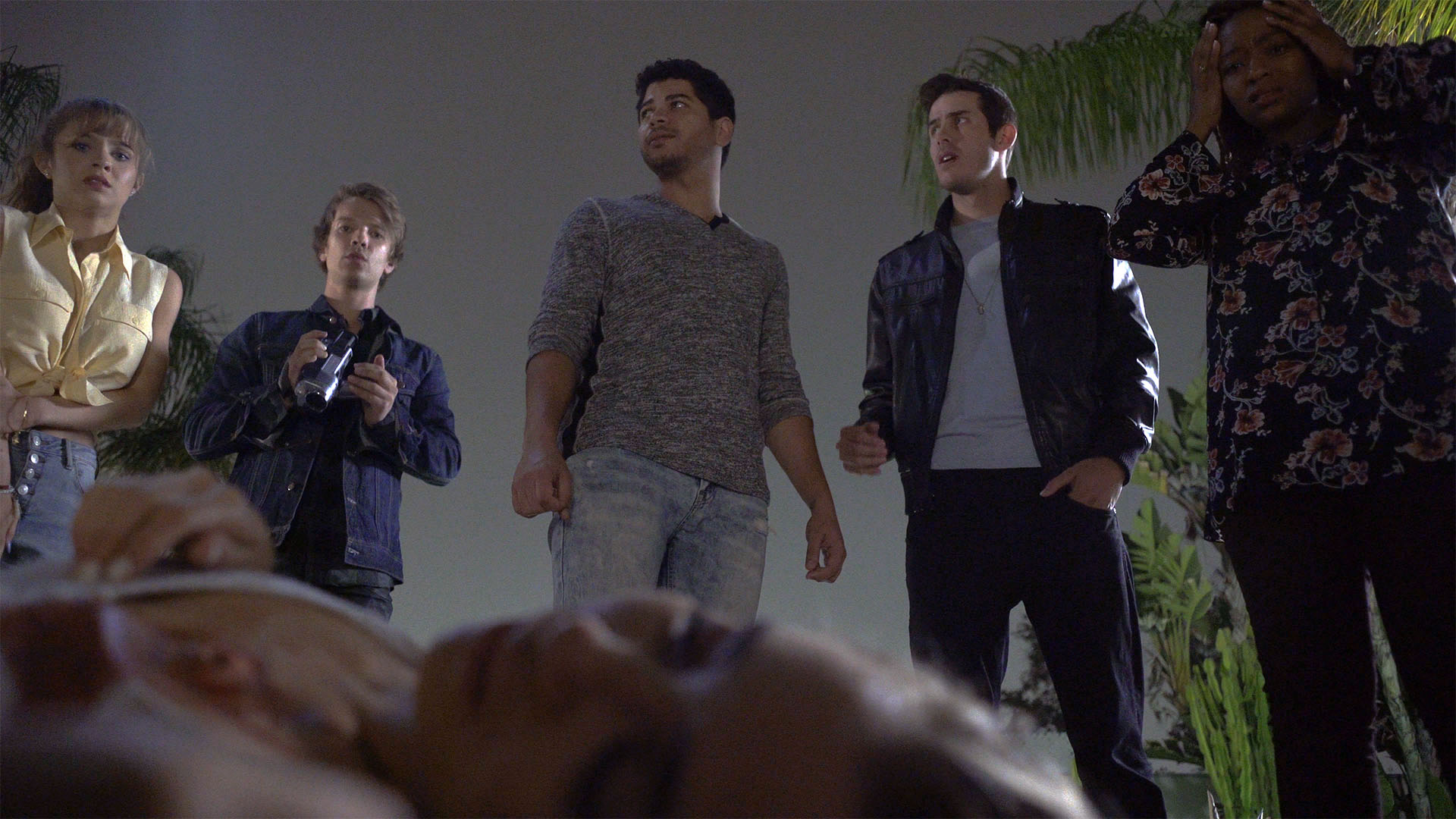 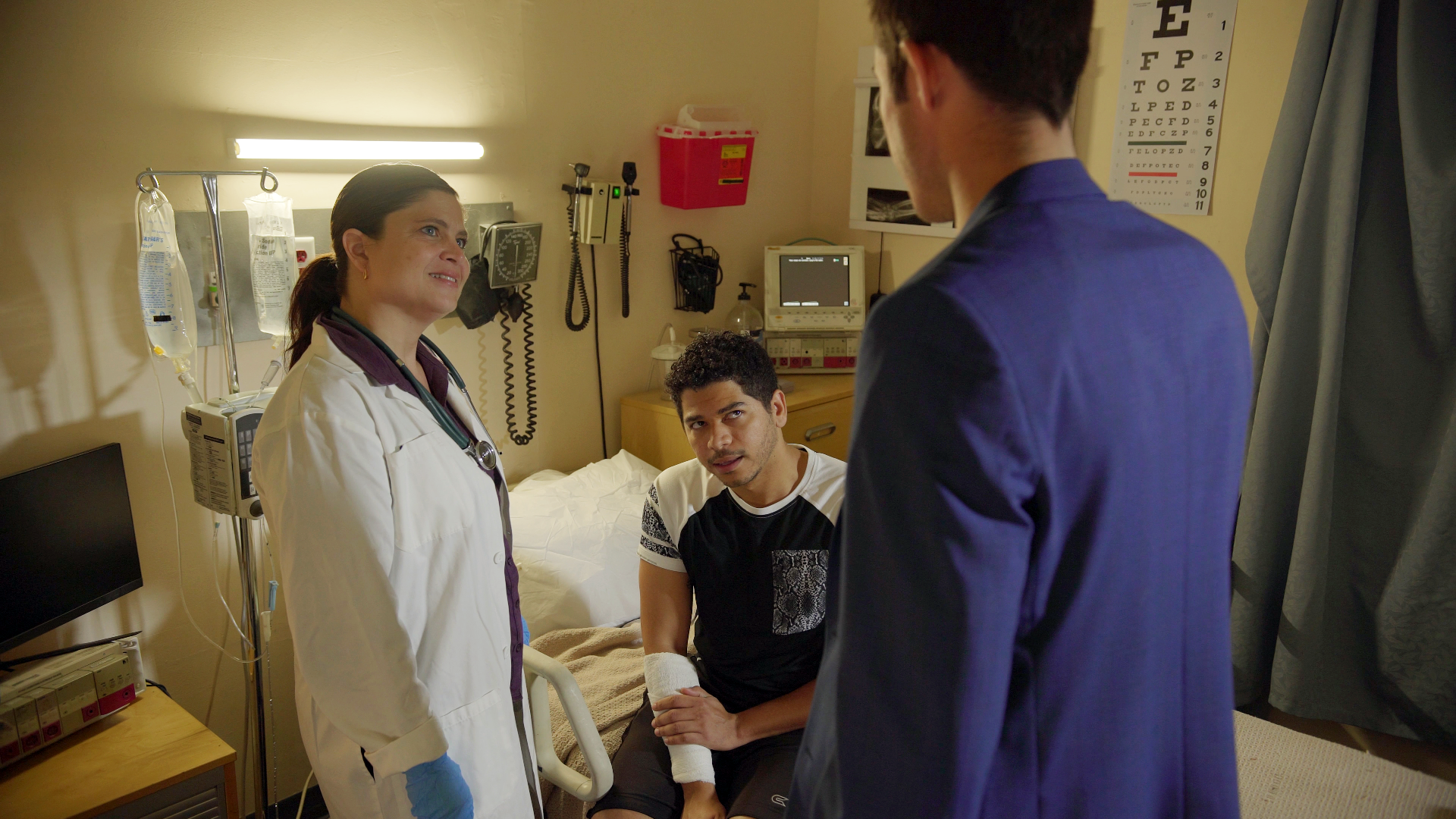 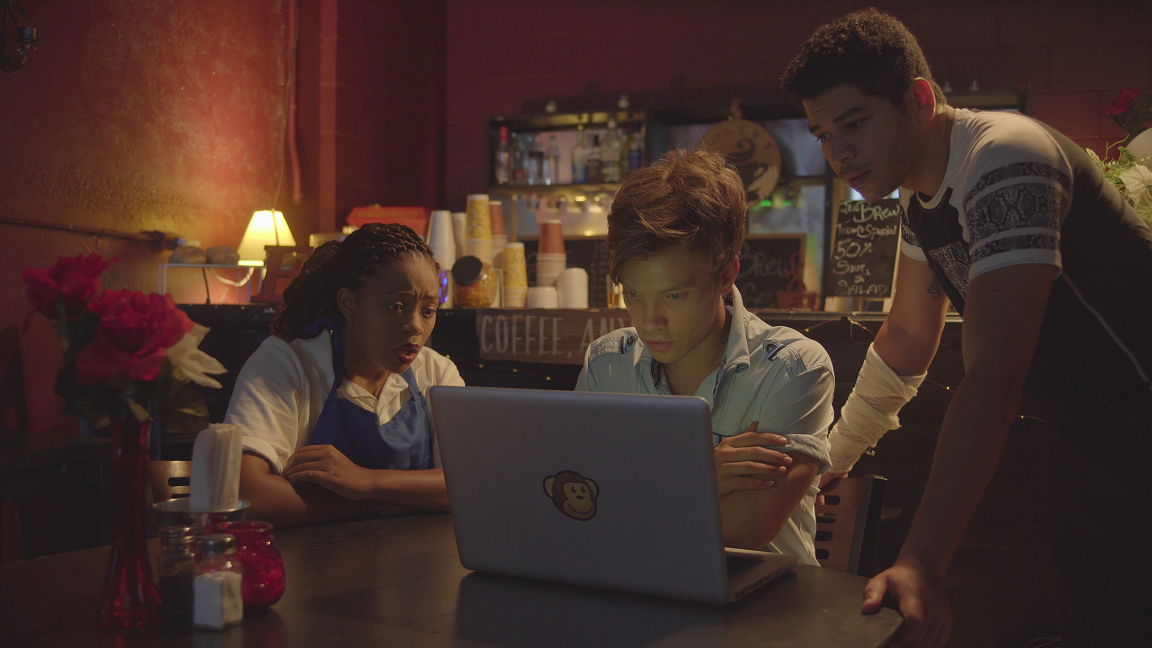 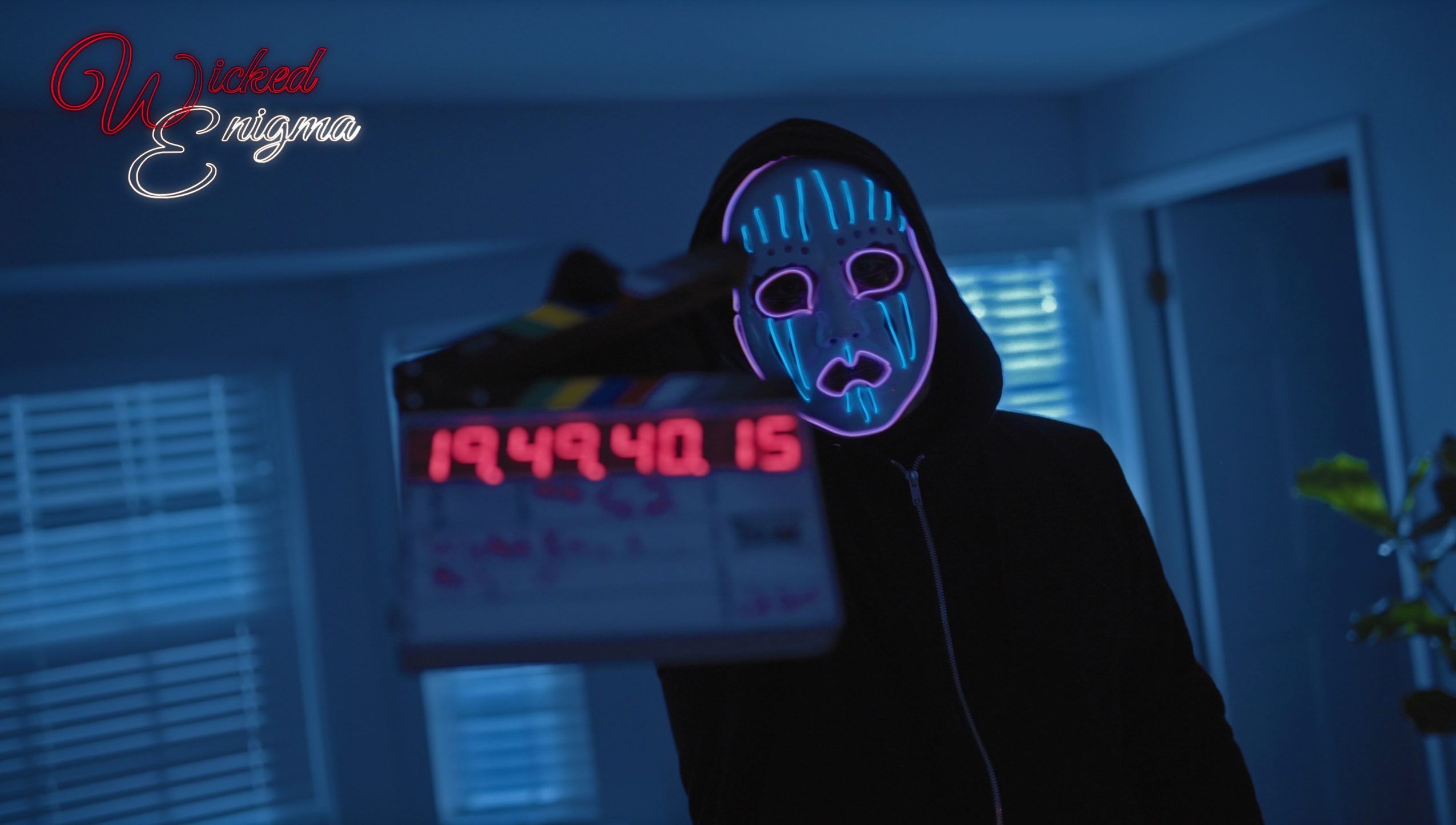 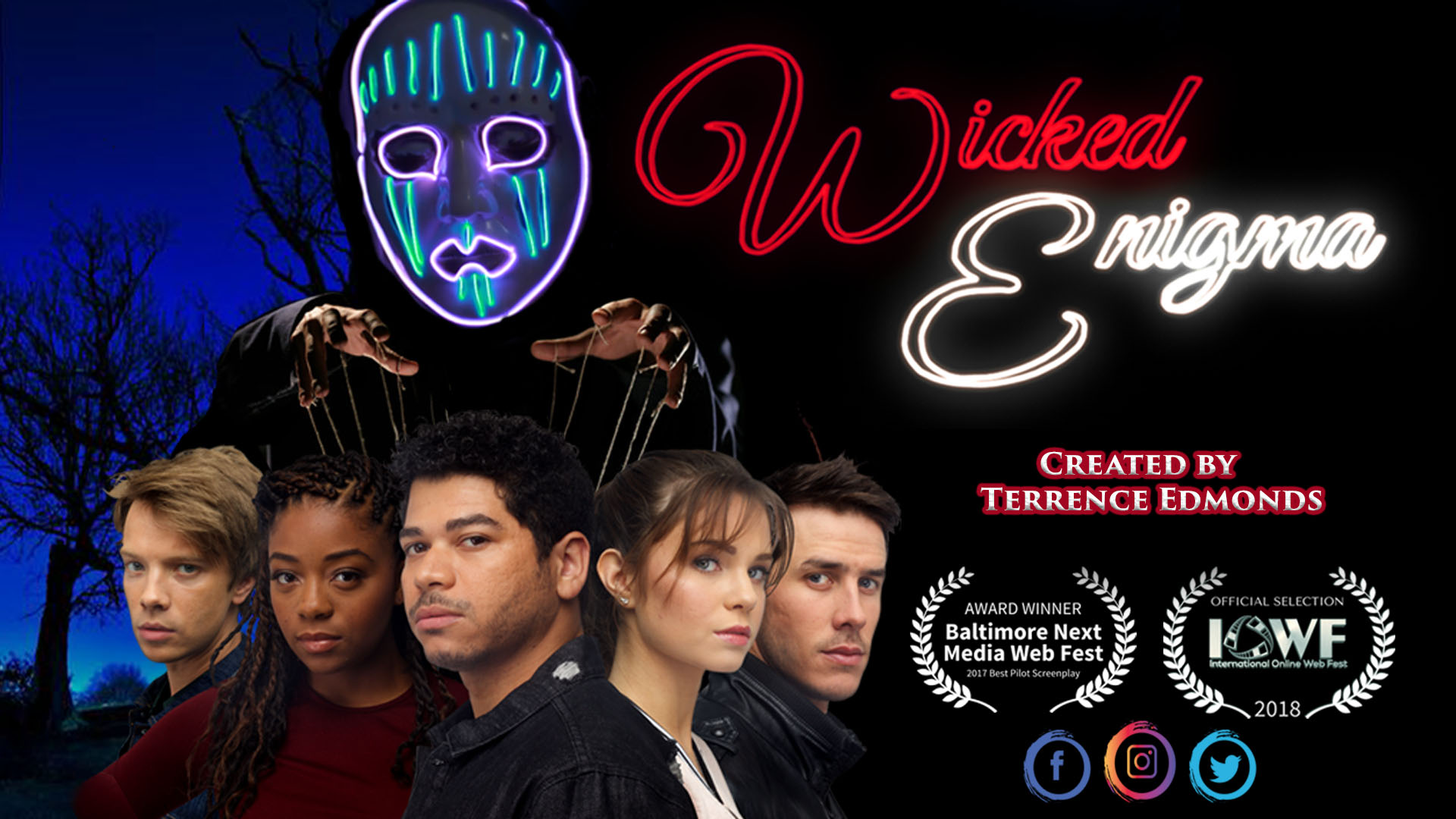 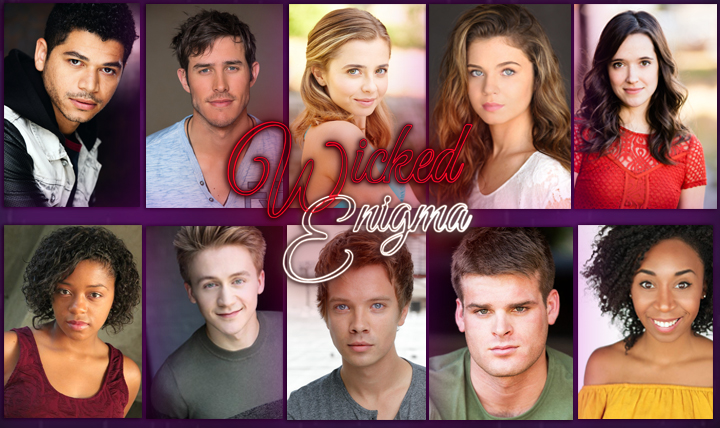