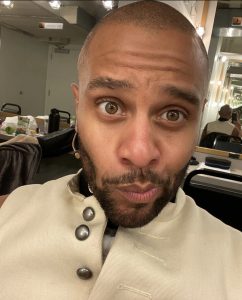 Today we’d like to introduce you to Terrance Spencer.

So, before we jump into specific questions, why don’t you give us some details about you and your story.
My journey to LA began because of my love and passion for dance and wanting to become, as I called my alter ego, MR ENTERTAINER. It took off when I met and started training with Debbie Allen. I got cast in her show “Pearl,” and because of that spent my summers off from pursuing a BFA in Dance Performance at Towson University, doing intensives with Debbie at the Debbie Allen Dance Academy. From that experience, I fell in love with LA and all that it had to offer. I knew that my love for entertaining would blossom and flourish in the theater and television and film.

My love for dance really began when I saw the Janet Jackson ‘IF’ video. I was a singer first. Sang in my church’s gospel choir and went to a visual and performing arts school (Suitland High VPA, Maryland) where I studied vocal performance. After I saw that video I started studying and surrounding myself with dancers because I fell in love with the craft. When it was time to apply for college I decided to study computer programming because at the time that was the only thing I could think of to pay the bills other than singing at weddings. But once I got to college all I could think about and focus on was what I loved to do; performing on the stage. Each semester I added more and more dance electives which turned into, six years later, my BFA in Dance.

A month after graduating, my mom and I packed up my SUV and drove across country to LA, where I continued my training at DADA with Debbie. She took me under her wing. I landed my first job as a dancer a three month gig for a Japanese production in Tokyo. It was a culture shock and a big leap because I had never been out of the country that long and I had JUST gotten to LA, but it was a great opportunity to be on my own as an artist and to “find myself’.

A couple of years later Ms. Allen cast me in another show of hers, “TWIST”, her reimagining of the Oliver Twist story. I was not only a dancer in the ensemble but Debbie also gave me the opportunity to understudy the lead of the show. All my life I had been told I should be acting. By family, friends, well known actors even. Ms. Allen would always say, ‘Terrance, you are an actor…” “you have a natural talent in this craft”. So I began to study again. On camera classes, traditional theater classes, commercial workshops…I wanted to be on Broadway as well so I auditioned for shows to take me out there. After a couple of years of training the acting muscle and staying in dance class as well, I landed the phenomenal blockbuster show “WICKED” on Broadway. That eventually brought me back out to LA to do the sit down production of “WICKED”.

While in Wicked, I became very close friends with my now best friend and confidant, Adam Lambert. I began choreographing and dancing for him locally pre American Idol. Once his career blew up because of the show, he began touring the world and took me along with him as a dancer and background vocalist. The fans and artistry I gained from those moments and experiences are untouchable.

Over the years I’ve continued to study and perfect my craft. Along the way I began to find a love for writing scripts. I wanted to develop the stories and opportunities for myself that I saw myself watching on TV and film. Within this discovery, I hit a rough patch in my career where the jobs were not coming as fast, but after a couple of years of auditioning a show came along that I knew I had to be a part of it, Hamilton! I auditioned for the show for two years, every chance I could get in the room and after those two years, I finally landed a place in the ensemble as the character George Eacker on Broadway.

Even though I had left LA a couple of times, once for Japan for three months and then for a year with Wicked in San Francisco, I once again was terrified to leave LA, thinking I wouldn’t come back. But I also knew the career I wanted to have in Los Angeles so I continued to allow that to drive and motivate me. I knew living in NYC and working on Broadway in the hottest show would only fuel my drive and determination. I worked, studied, fell in love with my partner and allowed that magical city to make my flame that LA had given me grow larger. I was in the show for almost two years. I am now back in Los Angeles awaiting my run, back at the Pantages in Hollywood where I was with Wicked for almost two years, with Hamilton. Full circle!

I dream that all that has happened up until now will allow me to find myself in the Television and Film world, telling and learning the stories of life to feed my soul and the souls of everyone in the world who are also in search of love and happiness. There is still hope and passion in this wild crazy world, we may be in a pandemic but we will come out of this on top, you just cannot give up – take it from me… DREAM BIG

Great, so let’s dig a little deeper into the story – has it been an easy path overall and if not, what were the challenges you’ve had to overcome?
Some of the struggles have been not always getting the yes that you’re used to. But you can’t allow that to deter you from the dream. You have to know that you will succeed if you want it that bad. Also, currently in the “upside down” world where we are in a health crisis and social injustice is rearing its ugly head more and more everyday, we have to fight and use our minds and voices for good. We must remain strong with our eye on the target of peace and equality for all.

We’d love to hear more about your work and what you are currently focused on. What else should we know?
I am my own company and no one can do what I can do. We are all unique and have individuality. I am a triple threat that can only do what I was put on this earth to do and that is to LOVE and be loved as the artist that I am. I want to tell this story and the story of all my heroes out there that keep this world turning in the best way possible.

Is there a characteristic or quality that you feel is essential to success?
The want and need to touch people with a positive light. I love to inspire people especially fellow artist on the same journey of success and love. Also, staying close and connected to family. I thank my Mom for all her love and support and dedicate my journey to my Queen up above, I love you Grandma ❤ 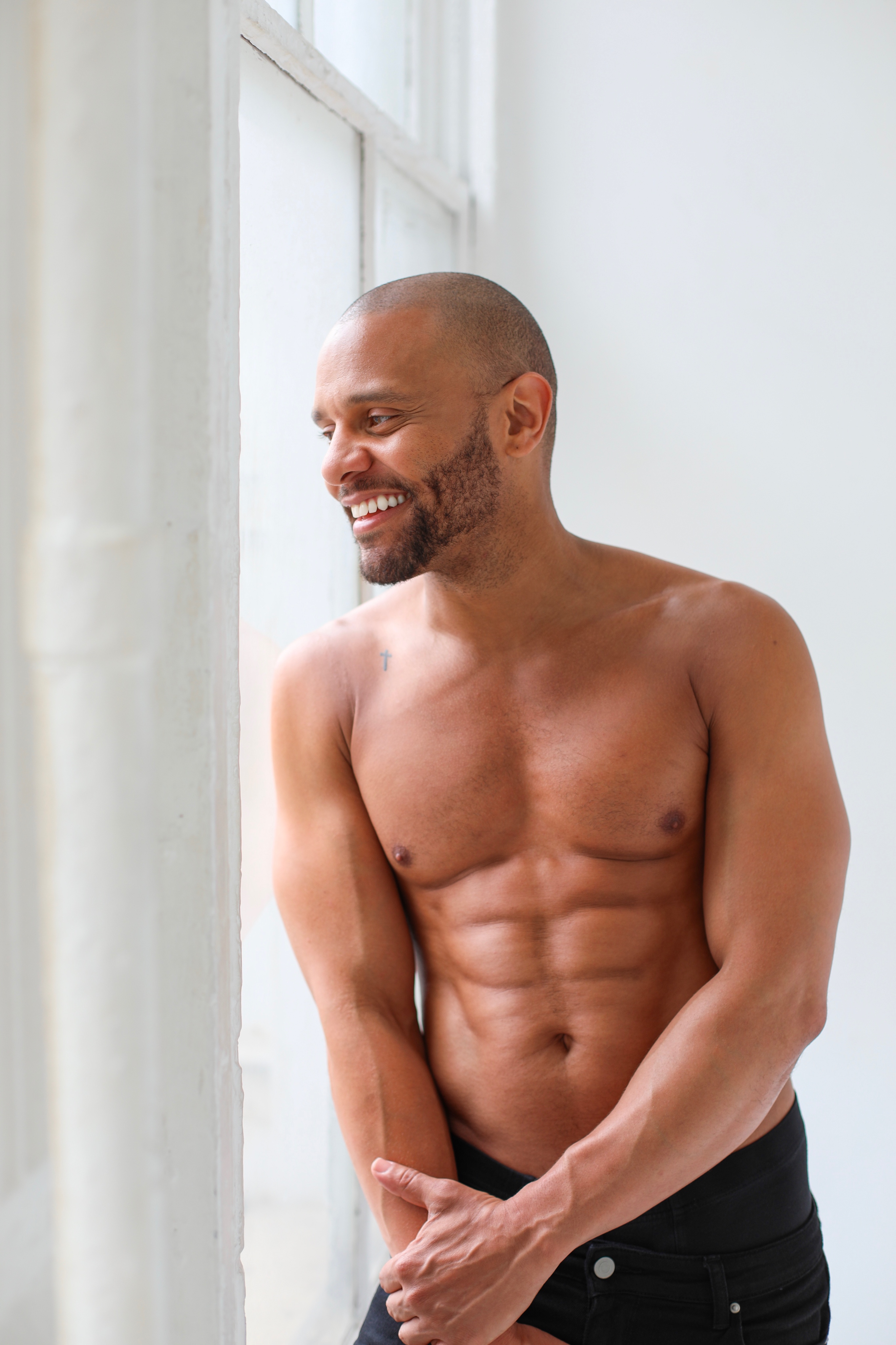 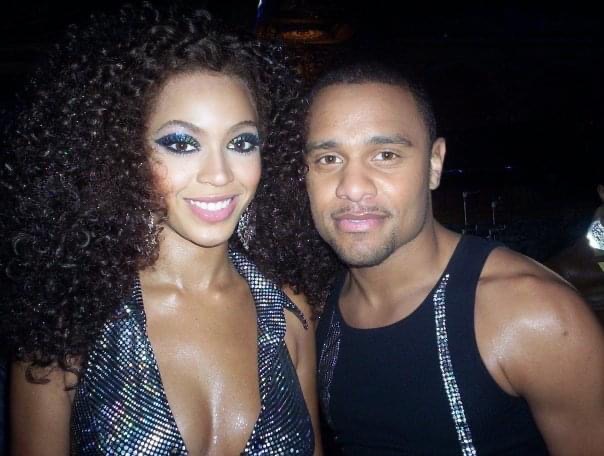 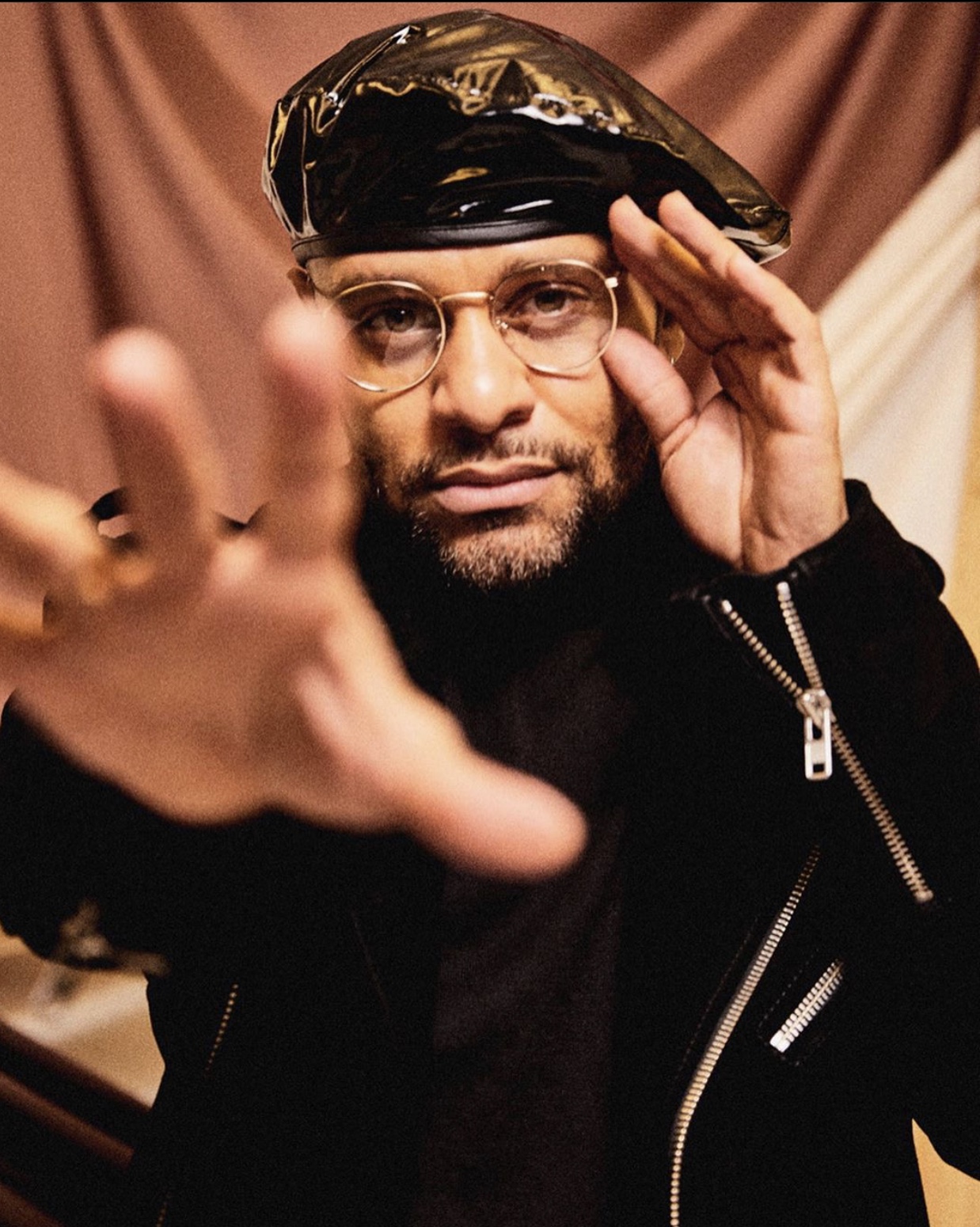 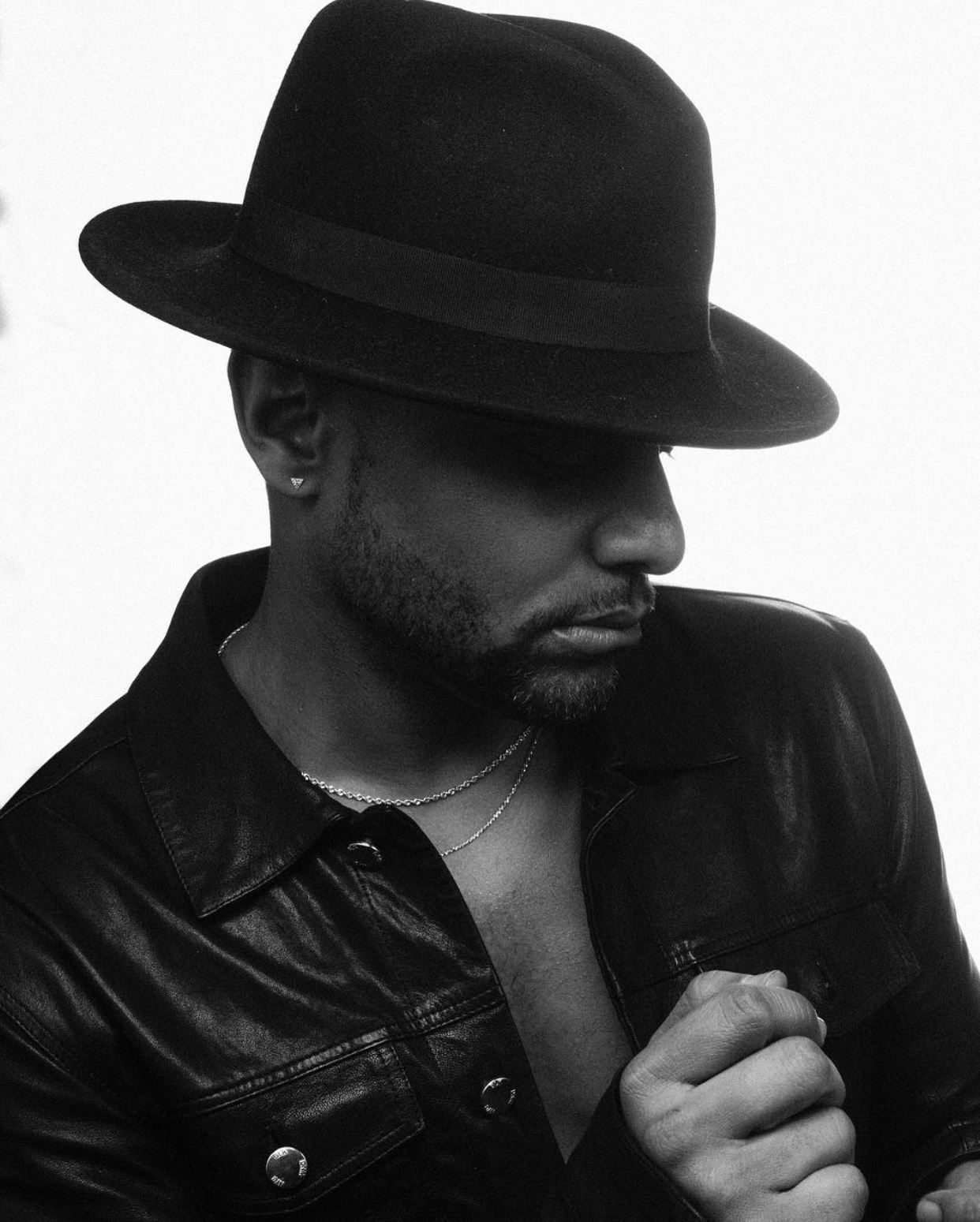 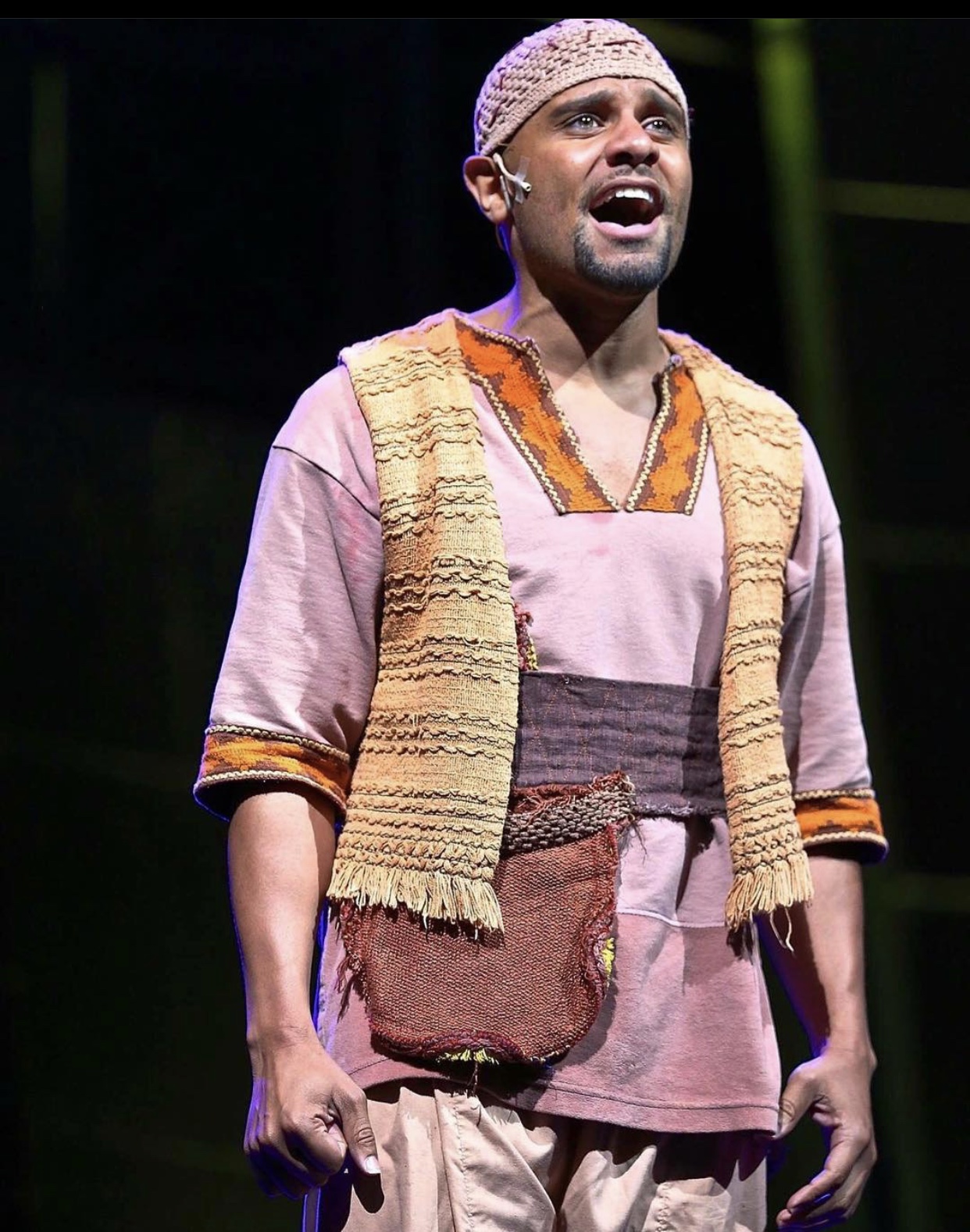 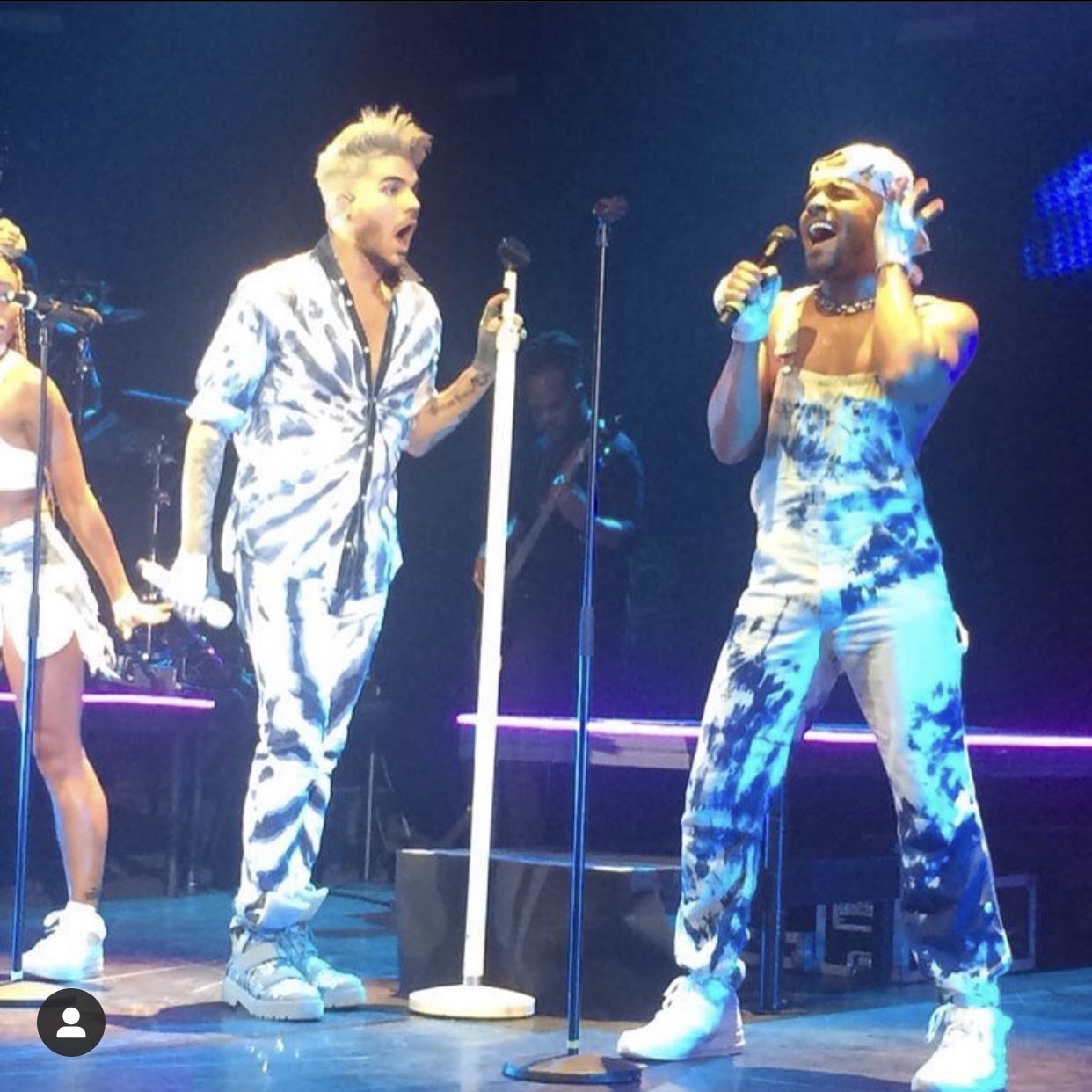