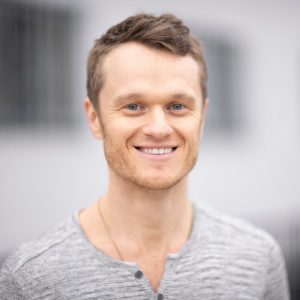 Today we’d like to introduce you to Teddy Saunders.

Teddy was born and raised outside Boston, but has been living in Hollywood for over a decade. While most kids were playing sports after school, Teddy was directing short action films with his friends on a High-8 camcorder. As a young adult, he was the teacher’s pet in film school, and when he graduated from Boston University, he went on to work for major brands such as HBO (Entourage) and NBC Universal (House MD). But it wasn’t until he made a Dr. Seuss film at Burning Man in 2012 called “Oh, the Places You’ll Go at Burning Man” that his life began to quickly change. The film went viral with millions of views, increasing Burning Man’s ticket sales by 300%, according to their accountant. It was the first year that Burning Man had ever sold out, so it was some pretty big news. With this notoriety, Teddy fell into a career as one of the few writers and directors of original narrative films for music festivals. Meanwhile, he also began making videos for tech companies in San Francisco. Today he runs a production company called Infinit Studios  where he produces a wide variety of videos, with a primary focus on positive human connection.

Overall, has it been relatively smooth? If not, what were some of the struggles along the way?
Teddy’s life always seemed to be pretty great until 2014 when took a major turn for the worst right before his 30th birthday. After getting lots of notoriety from his Burning Man video, Teddy and his girlfriend founded a startup called Project Dreambox, in which they raised $29,277 on Kickstarter to build a solar-powered video booth to bring to the dusty desert of Burning Man. This Dreambox was designed to allow people to walk into it and record a video statement of themselves declaring their life-long dream to the camera in order to share that dream online for others to support. He then spent three years collecting thousands of dreams at each Burning Man. The idea was inspired by Teddy wanting to crowdsource a solution to his friend’s daily struggle with Lyme disease. After collecting his first round of dreams, Teddy realized that simply publishing the dreams on YouTube wouldn’t give people the tools to stay connected, so Teddy custom-built his own social platform where people could follow, support and team up on dream campaigns. Having never built a social network before, it was a technically ambitious project that he poured his time and savings into. Then, in 2014, with Burning Man approaching and with bloggers writing about how excited they were for the online premiere of the Dreambox platform, it was gearing up to be one of the biggest moments in Teddy’s life…until it all came crashing down in flames, just like many things do at Burning Man.

Just four days before he was to launch the website and depart to Burning Man with the updated Dreambox 3.0, the media director of Burning Man called him and demanded that he sign a contract stating that no dreams could be published online. This phone call was one of the most painful calls in his life. At the time, Teddy had written consent and an honorarium grant from Burning Man’s Art Department, with approval of the full project scope. It was a big shock. The claim was that it went against Burning Man’s principal of decommodification. To put simply, you can’t create “a business” using Burning Man’s intellectual property. Teddy understood this, but for him, this was not about business or money. It was about burning man’s top principal of gifting. It was about helping people. It was a way for him to crowdsource a cure for Lyme disease, to help his girlfriend find her adopted birth-sister, and to help everyone in the world achieve the life-long visions that they always dreamed of. Burning Man had changed his life in 2012, so this was a way he could return the favor to the organization and their contributing festival attendees. Wanting to keep his promise to the dreamers, Teddy offered to give ownership of the entire platform to Burning Man, but the media director didn’t want it and told him to “go do it at Coachella.”  Teddy took offense to this, because he always saw Burning Man as a hub for the world’s most creative group of international visionaries. But Teddy had no choice but to surrender his vision of the platform launching with heartwarming dreams from Burning Man, while still working to keep the Dreambox functioning in the harsh desert climate. Upon returning home to LA, Teddy entered his first-ever (and hopefully only) depression. That fall and winter Teddy would wake up with paralyzing anxiety, no longer knowing what to do with his life. He had left his video clients to become a full time entrepreneur, and now his brightly burning flame had dimmed down to a quiet little ember. Was it all for nothing? Hopefully not. Until today, with the release of this article that you’re reading right now, he has not publicly told anyone the truth about why those dreams were never published. Perhaps he should have, but it’s hard to make decisions during times of crippling anxiety. He forgives Burning Man and knows that it was all supposed to happen and that everything has a silver lining.  Today he is grateful that his experience in 2014 allowed him to understand what paralyzing “depression” actually feels like. As a film director, it’s the deep understanding of the full spectrum of human emotion that may just be his greatest superpower. He looks forward to the lessons in all challenges that life may provide. Even if it takes years for those lessons to be realized.

Today, with a newly built, more portable Dreambox available to collect dreams at an event space in Downtown LA, Project Dreambox still quietly exists. However, these days Teddy’s primary focus is on what he does best: create films and videos. Perhaps you, the reader, can change that, and together we can bring Project Dreambox back into the spotlight. Teddy is open to discussions about this.

Please tell us about Infinit Studios.
At the end of the day, Teddy is often looking at moments through a camera lens. Teddy is proud to have maintained a successful and growing production company called Infinit Studios as well as one of LA’s top rated headshot companies called Tedshots. His production company is called Infinit because because he loves creating new types of content, often trying to push the limits of imagination.

In recent years Teddy has been traveling the world, telling stories about culture and people success. As a director, Teddy has a special talent to take basic stories and make them fun, visually cutting edge, and truly heartfelt. It’s not uncommon for people to cry when they watch some of his films, which can turn into a problem when they are wearing a VR headset and watching his Waldo film for example.

Now that Covid has changed the video landscape, he currently finds himself art-directing animations, writing commercials, directing interviews over zoom, editing user generated content in the cloud, and building interactive websites. It’s fair to say, that he is addicted to creating digital content, and loves every minute of it.

If you had to go back in time and start over, would you have done anything differently?
As an entrepreneur, Teddy’s advice is to start small and agile with your MVP. Focus on the one simple thing that people need, and build it as quickly and minimally as possible. Grow your idea with a small grassroots audience and add new features as your audience increases. This way you can build it for them and not just for your vision.

As a filmmaker, Teddy has a motto that has always brought him great success: “Don’t just give your clients what they ask for. Give them the best possible thing that you know how to make.” Often when a client is happy with a video and thinks it’s done, Teddy will continue to add hundreds of little tweaks until he literally can’t figure out a way to make it better. He feels that if an artist is going to have their name or brand attached to a piece of content, then they better be sure that it represents the best thing that they can possibly make. If there is a way to improve your art, do it. This never-ending attention to detail is what sets Teddy’s work apart from others. 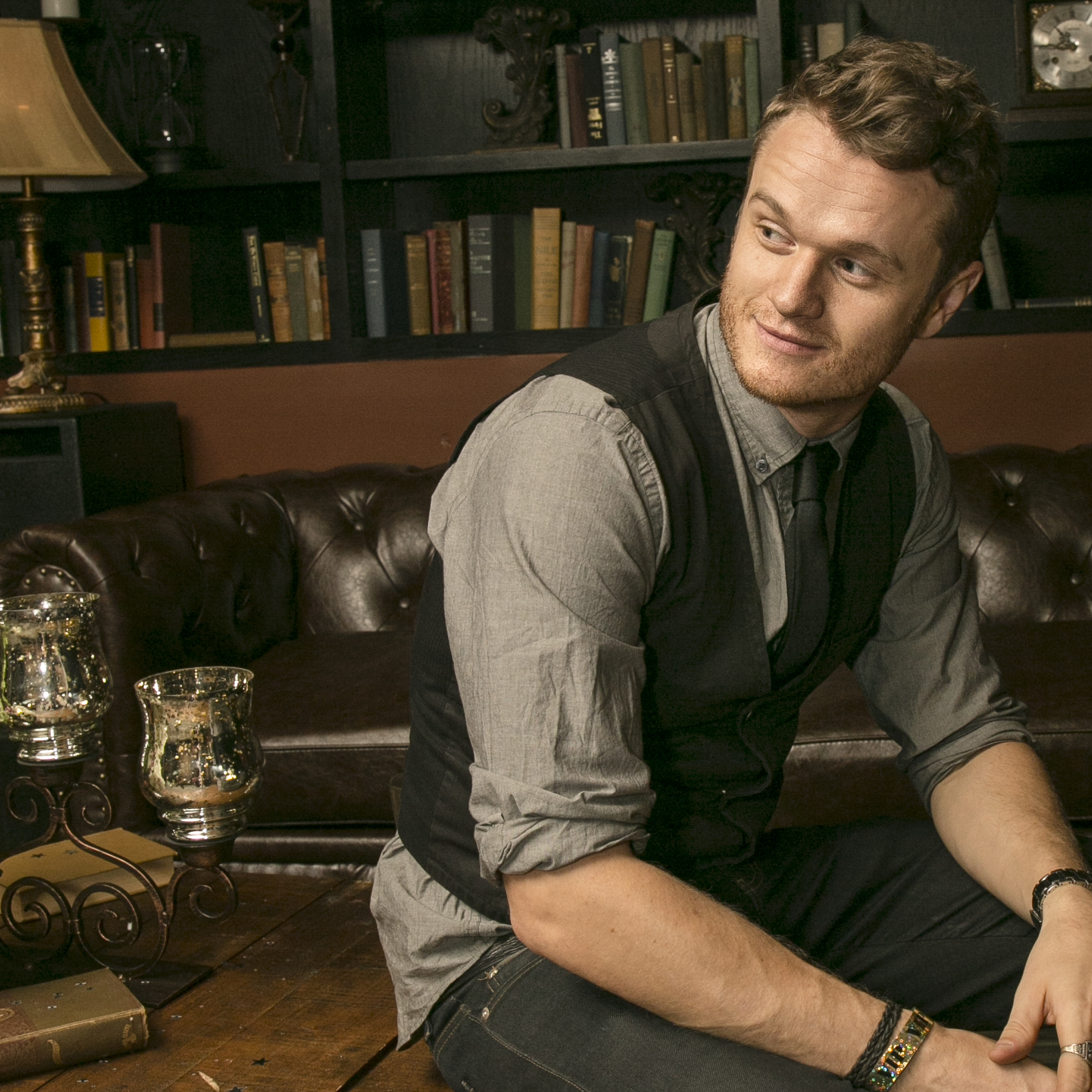 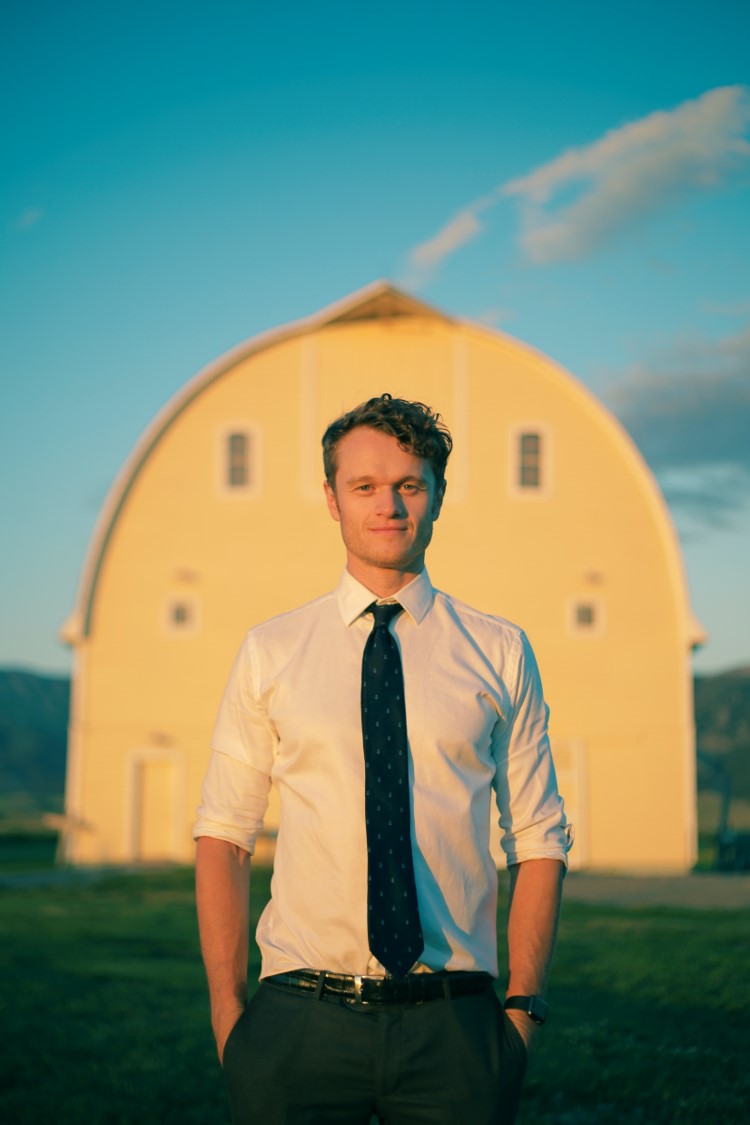 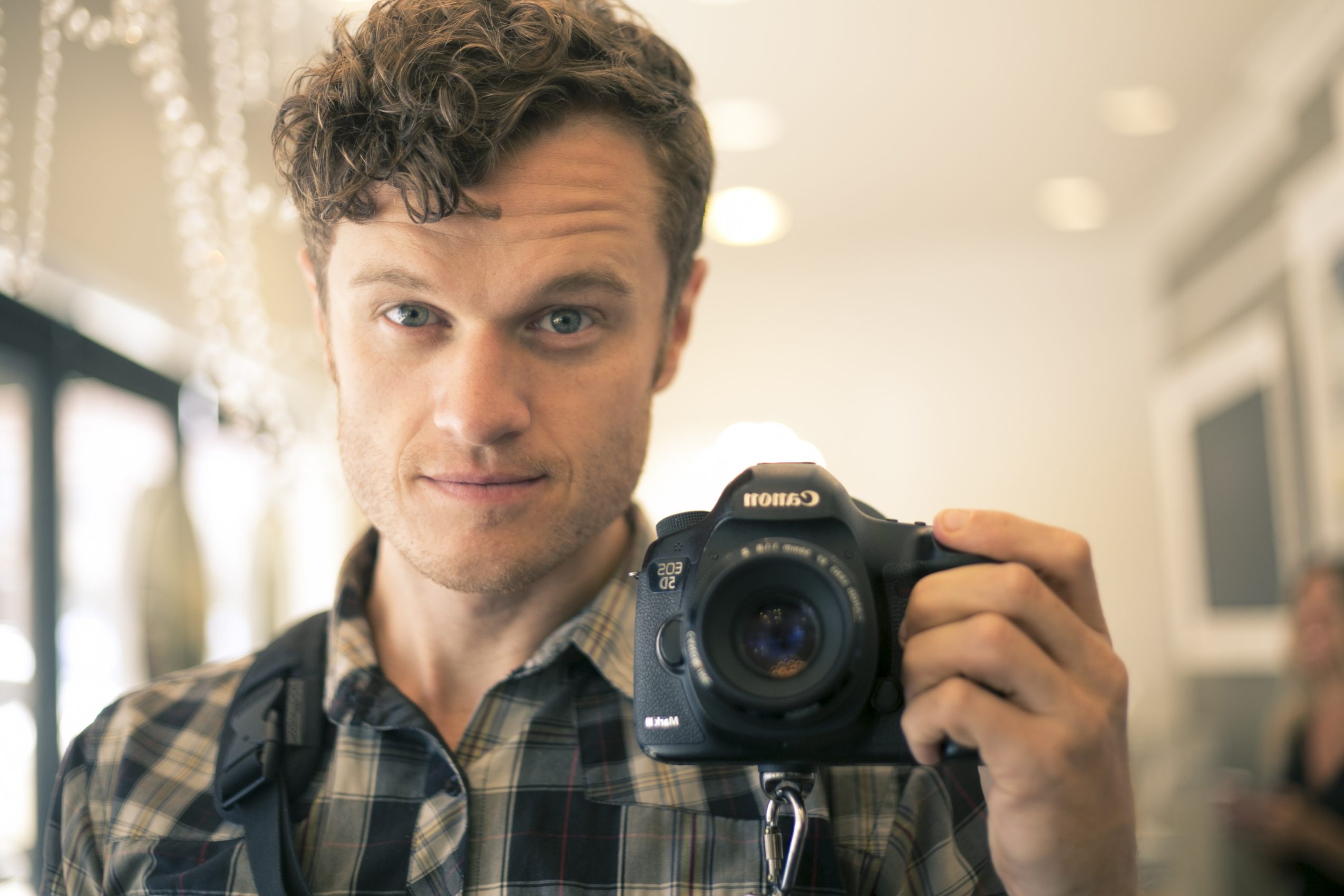 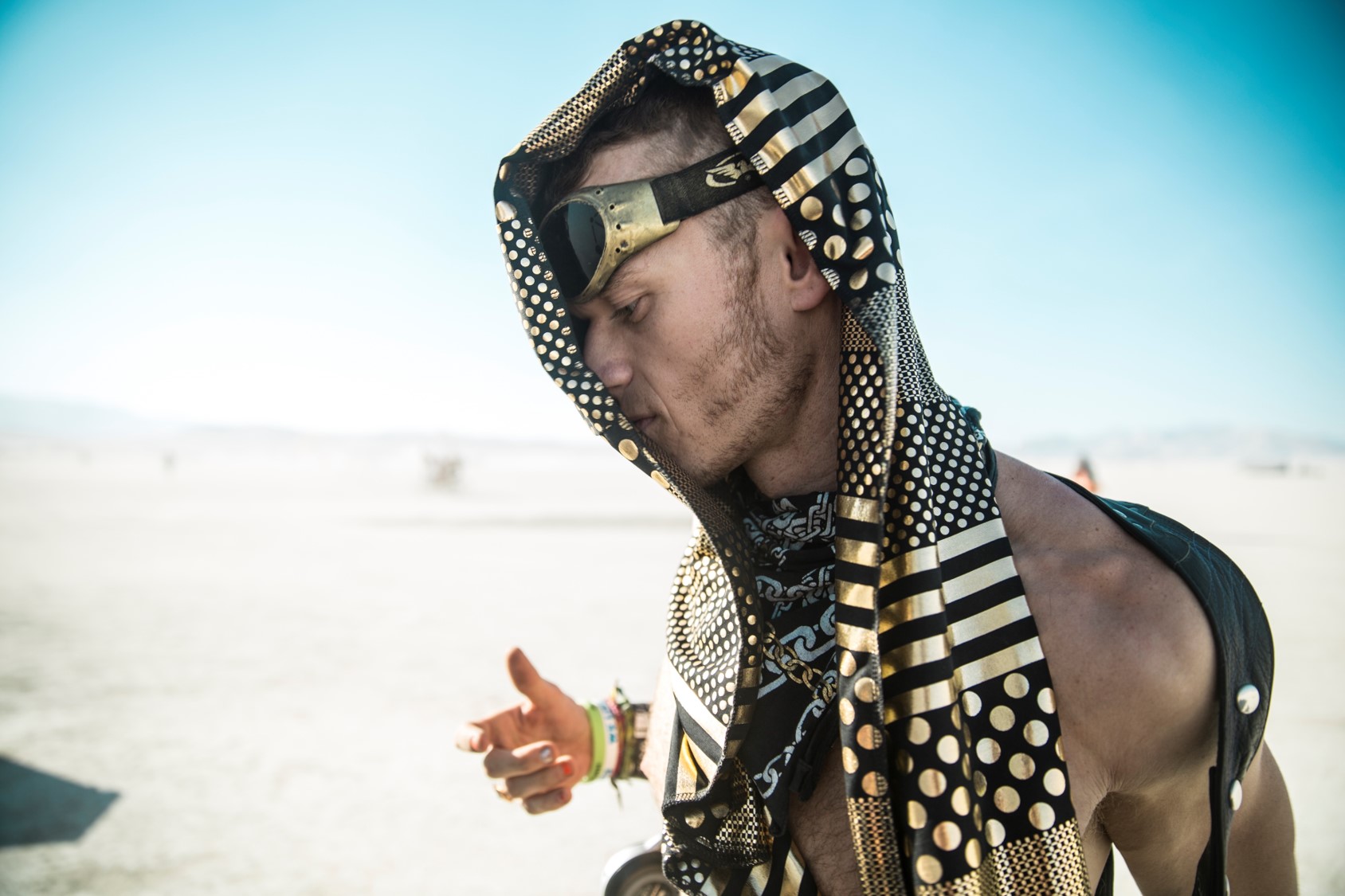 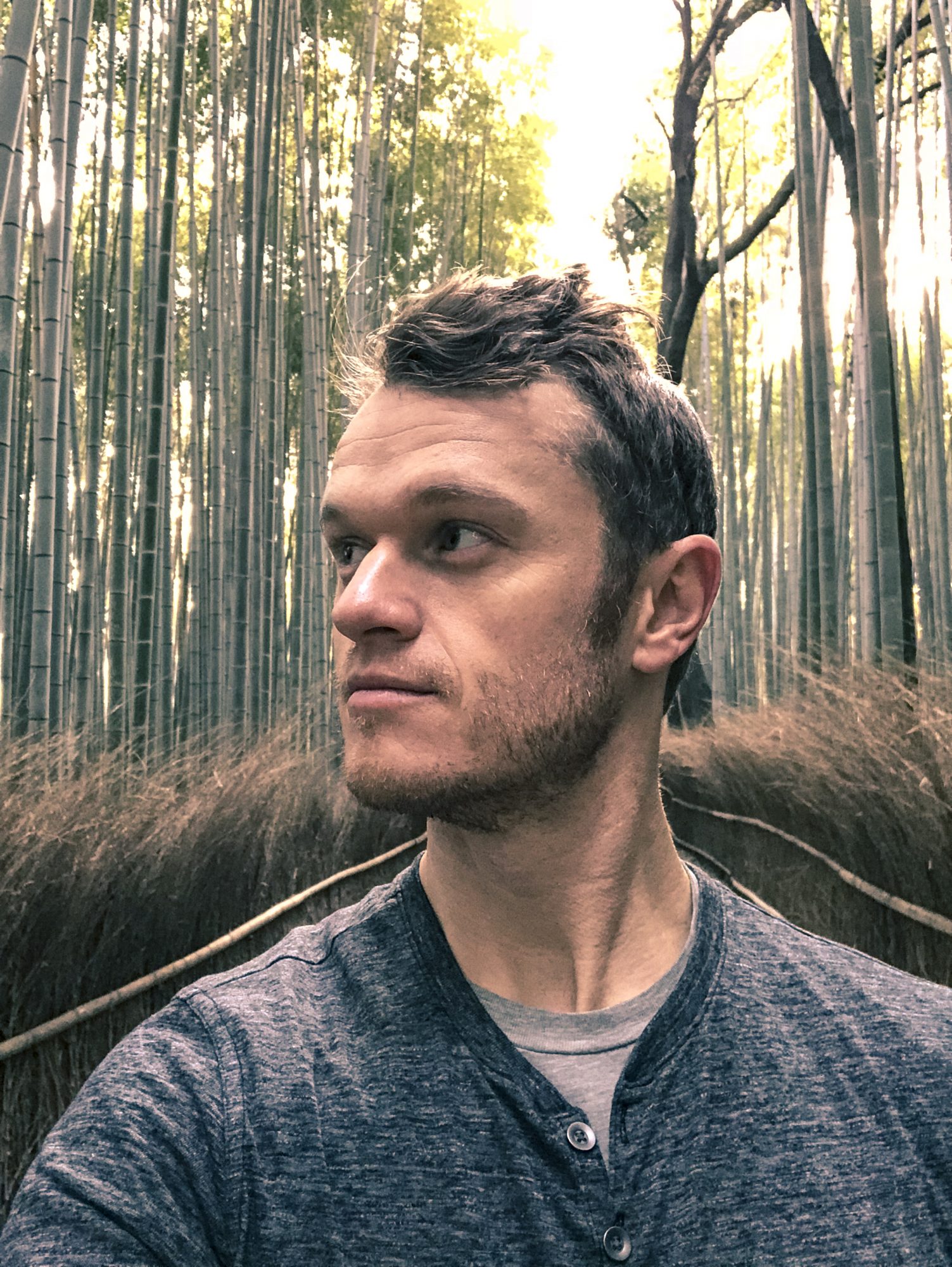 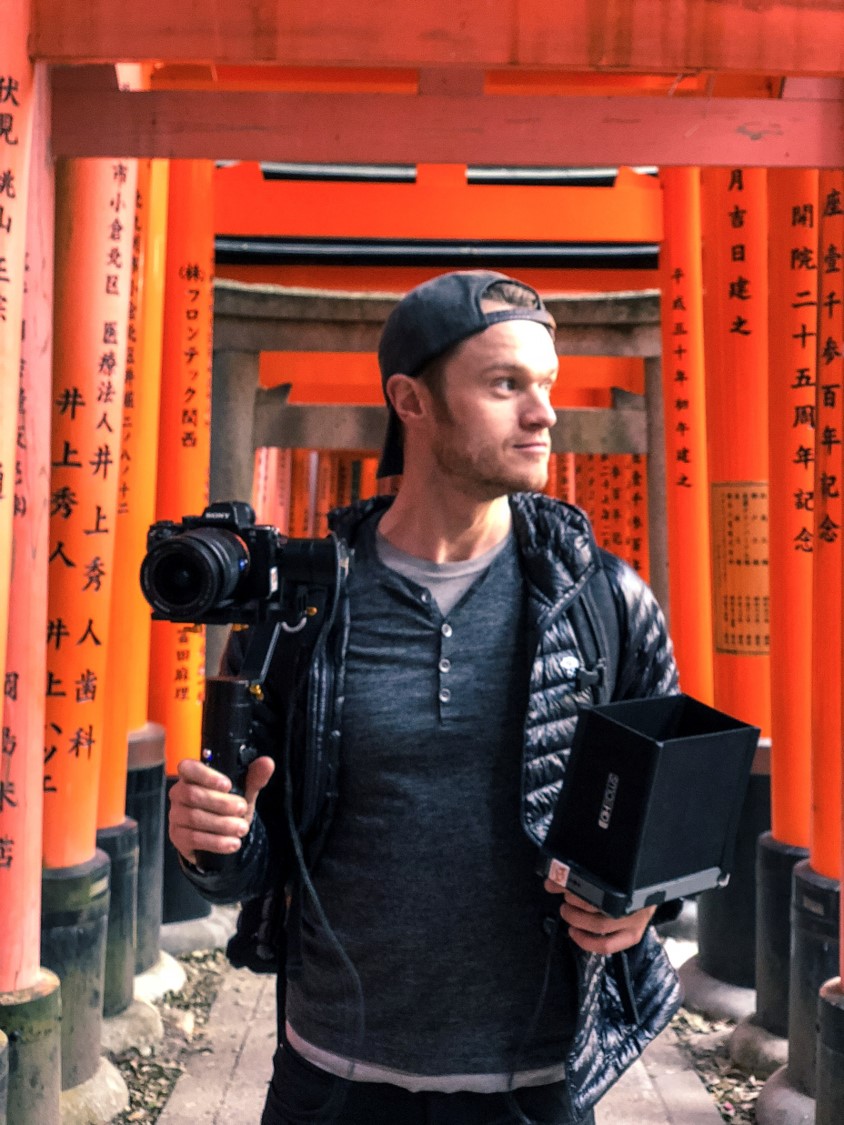 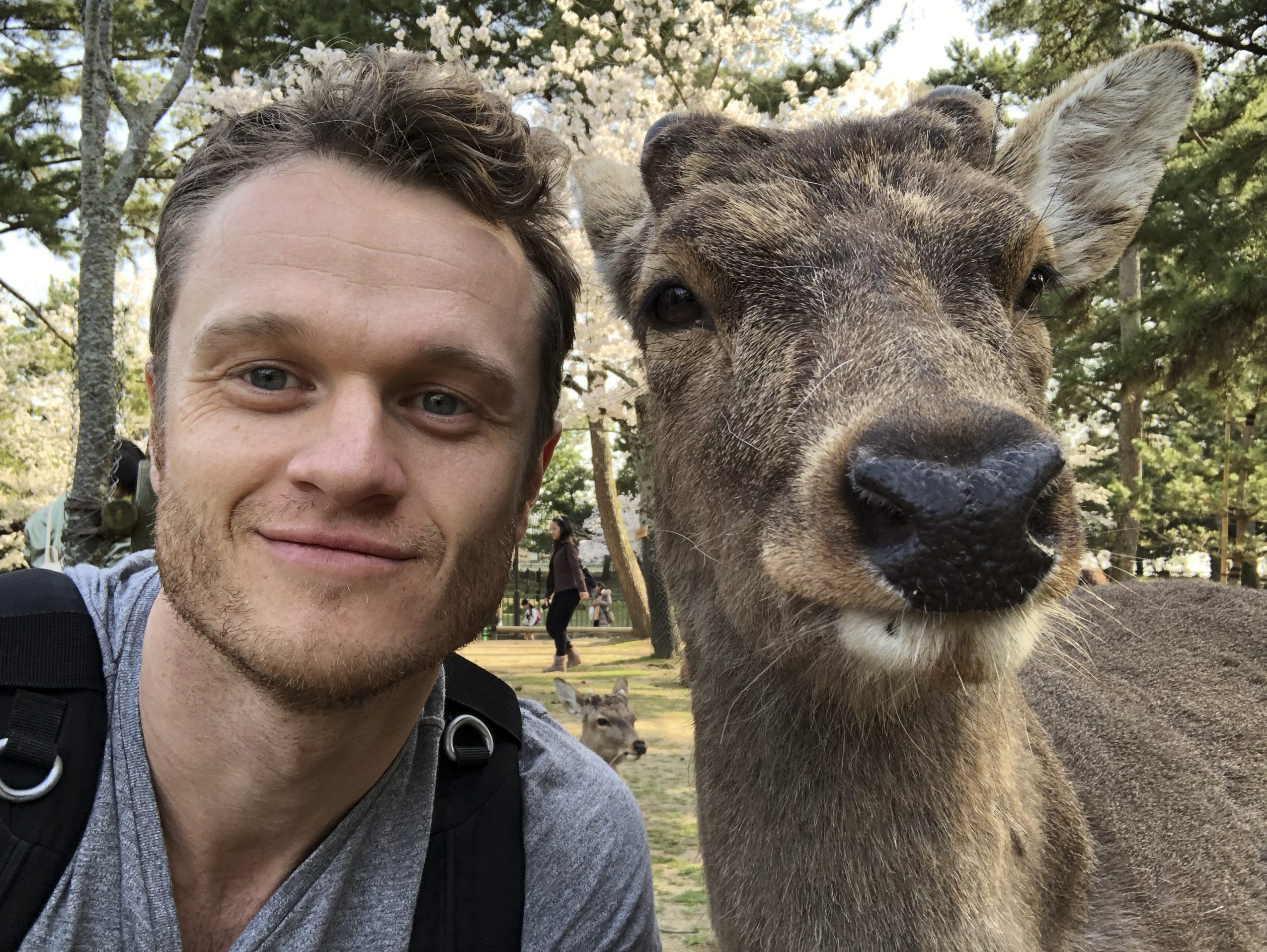 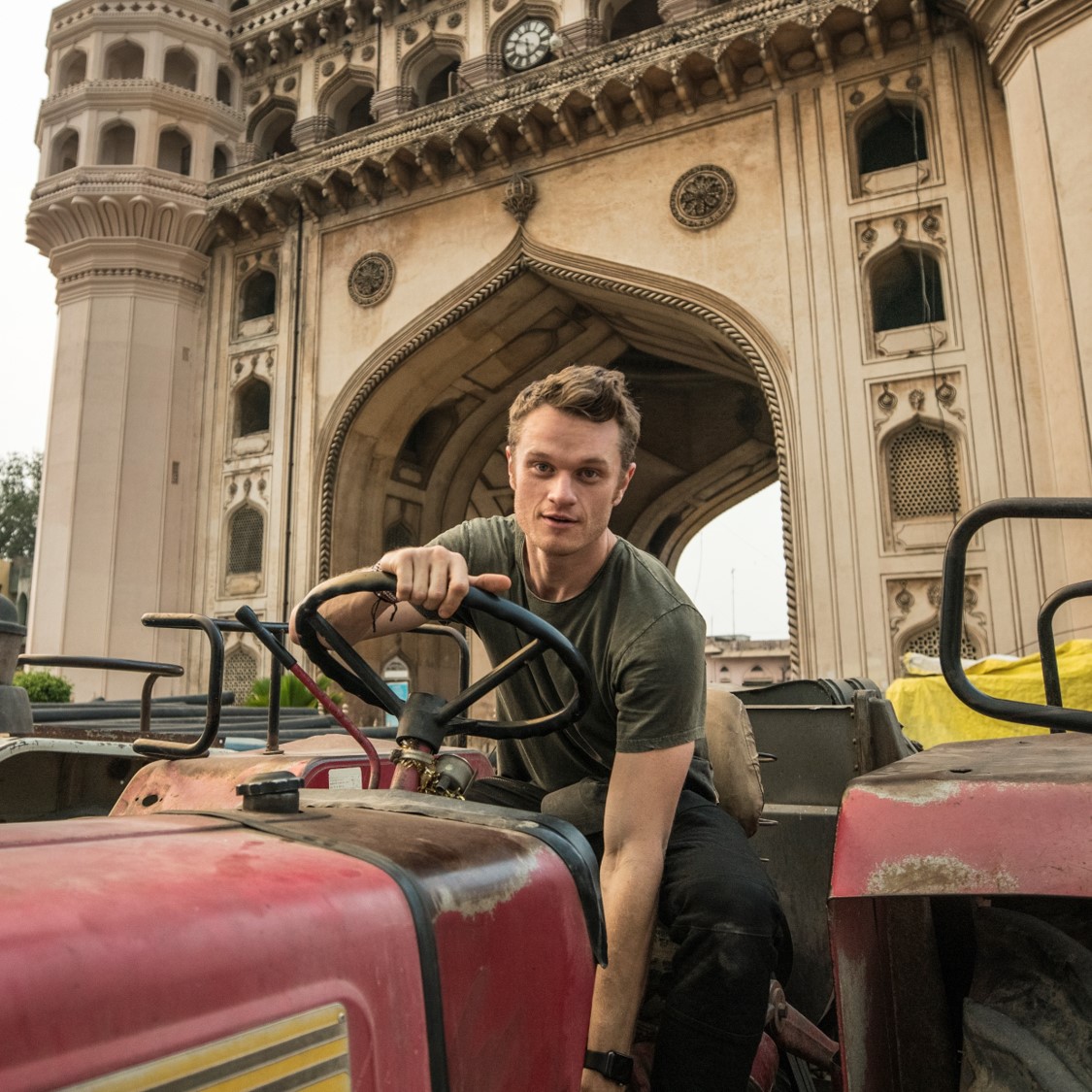 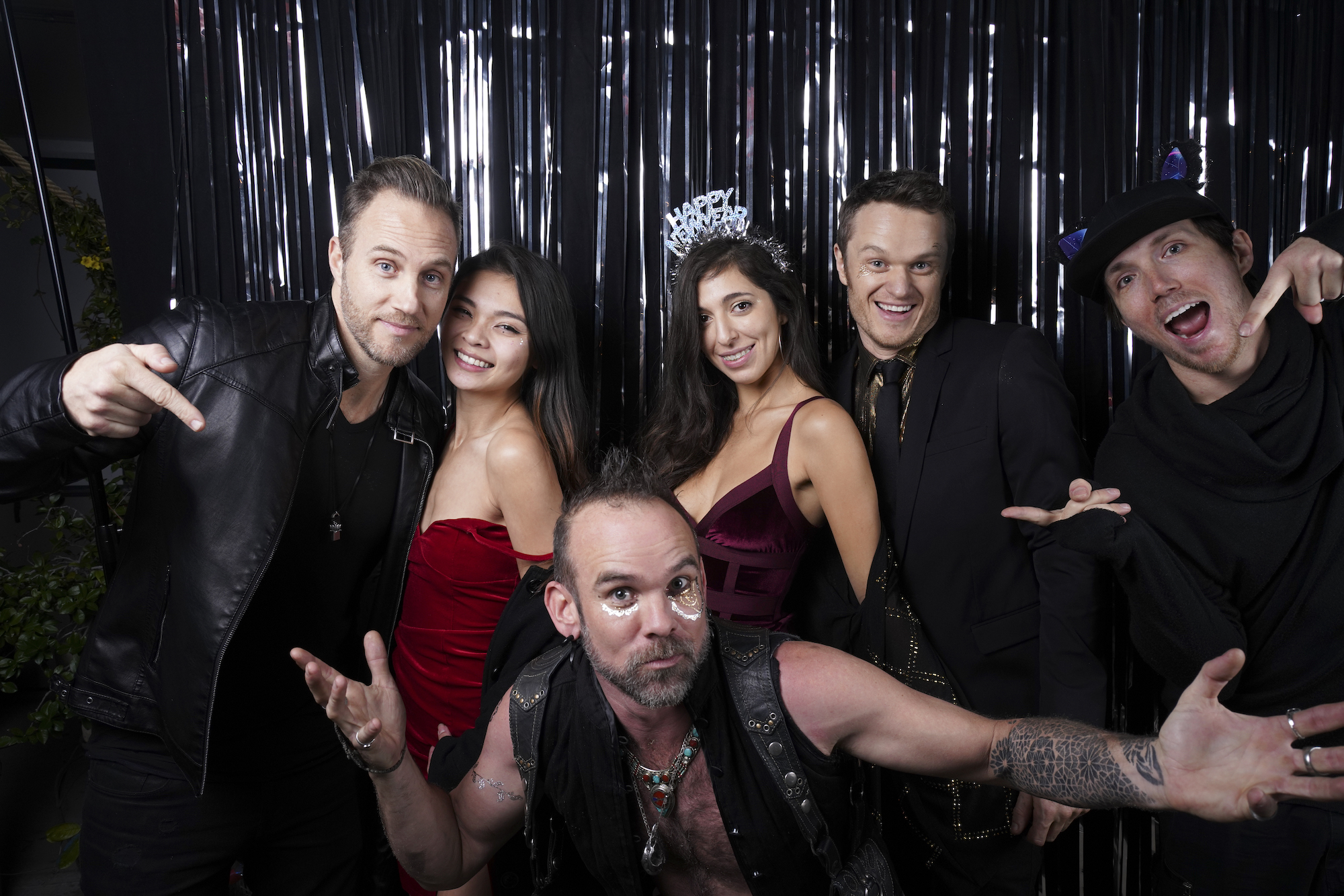 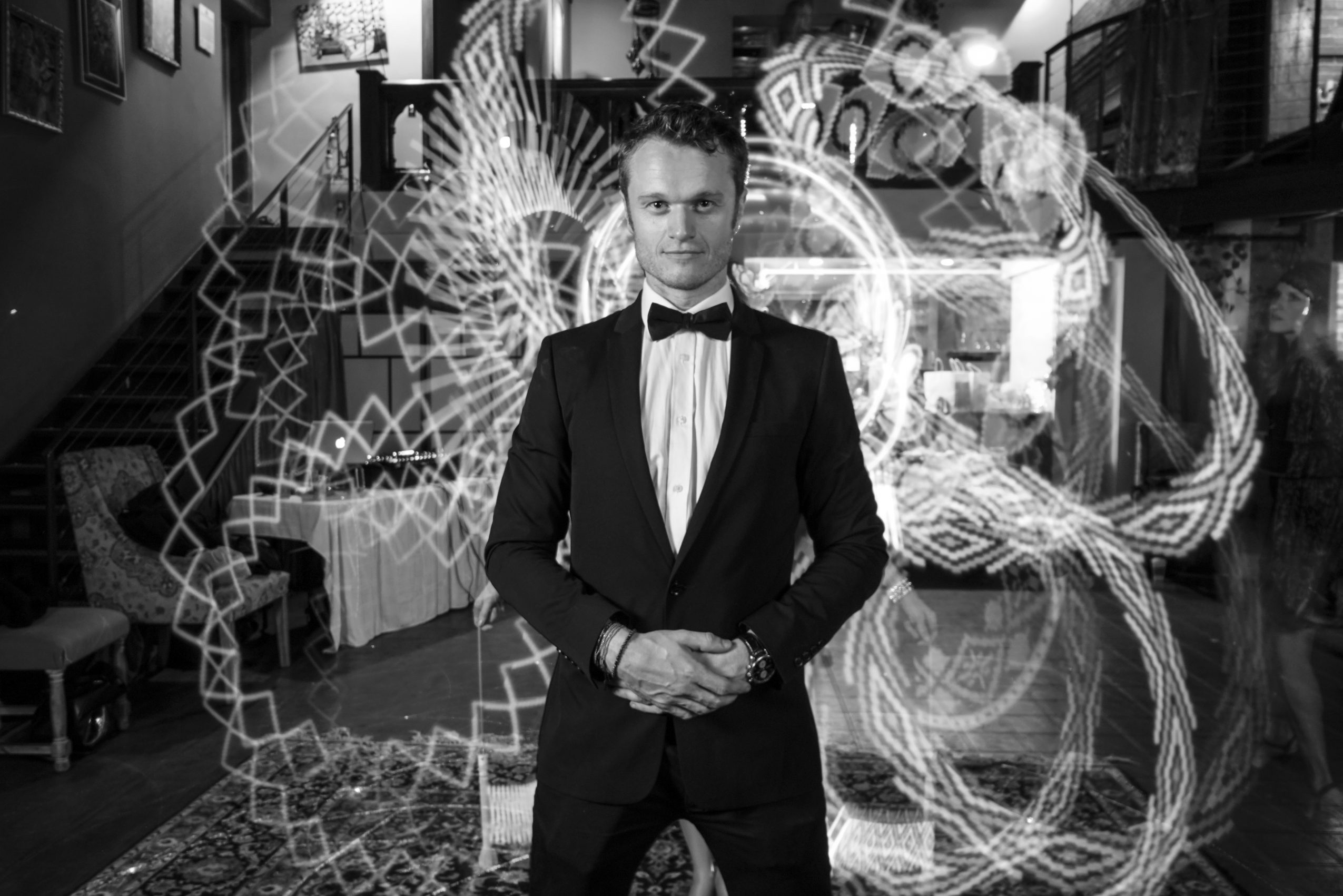