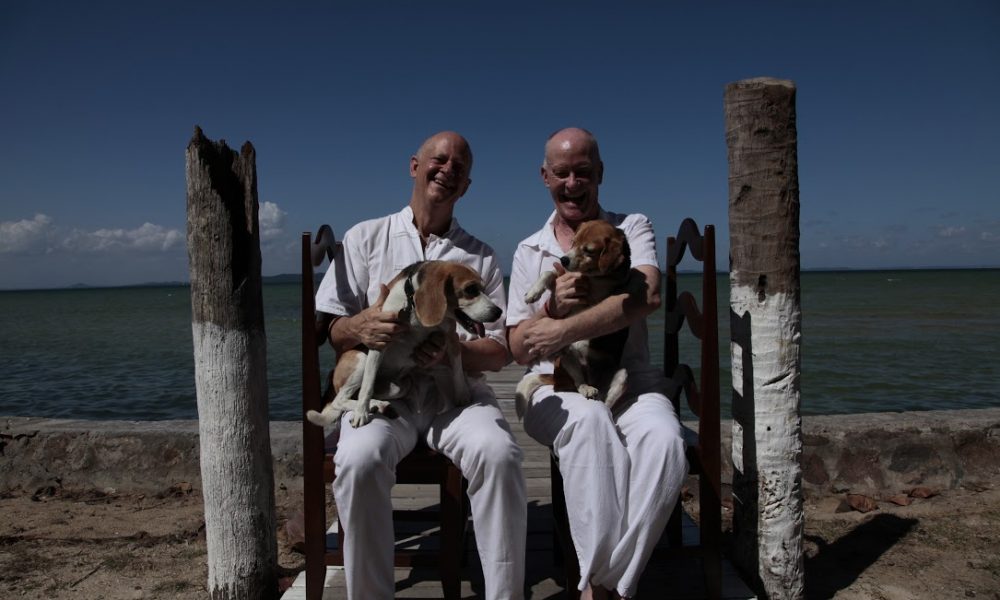 Today we’d like to introduce you to Taylor Van Horne.

Taylor, please share your story with us. How did you get to where you are today?
All my life, I have admired artists and have socialized with artists. I myself have worked most of my life as an architect. I admire artists because they are not driven by money concerns (although they deal with them.) Artists are driven by a more intriguing passion. Mitch Loch and I co-founded the Sacatar Foundation in 2000 to provide artists the opportunity to create new work under stress-free conditions and with considerable support. At first we considered creating the program in the United States, but we soon realized that there were no such opportunities available in South America. I have lived much of my life in Brazil, in the intriguing and mysterious culture of Bahia, Brazil, the nexus of the African diaspora in the western hemisphere. We founded Sacatar’s sister organization, the Brazilian nonprofit Instituto Sacatar, a year later, shortly after we had purchased the stunning beachside estate where the artists now live and work. Since 2001 Sacatar has provided airfare, studio, room and board to over 350 artists of all disciplines and from 64 countries to spend two months at the Instituto Sacatar in Bahia, Brazil. We chose to create the artist residency program in Bahia because it is a uniquely inspiring place, where the impossible seemingly throbs beneath the thin skin of ordinary living, a place where the archetypal spirit world is just a breath away.

Overall, has it been relatively smooth? If not, what were some of the struggles along the way?
We had anticipated that we could do the ‘heavy lifting’ for the first five years or so and that after that people would see the worth of what we had created and would begin to support our activities. This has not been the case. We have discovered, unfortunately, that even among the progressive philanthropists and philanthropic organizations of the United States, interest stops at the US border. Tragically, Trump is not an anomaly. He is a particularly unfortunate expression of this nation’s cultural myopia. The idea of providing talented artists the opportunity to engage in meaningful international engagement is anathema to the ‘America First’ mentality that Trump espouses in his particularly virulent and mean-spirited fashion, but it is a mentality that permeates all levels of American culture. The United States is morbidly self-obsessed.

We simply cannot figure out how to engage Americans to support opportunities and interactions in other countries around the world. I cannot ‘sell’ America on the fact that its ‘exceptionalism’ is an ideal to aspire to, not a fait accompli. I cannot convince America that it is not ‘First,’ but just one in a family of nations that it refuses to truly engage with. America exports culture but fails to engage meaningfully with other cultures. America has an attitude that as a nation it casts its pearls before the unwashed swine, and as we see now, this cultural narcissism has led to America putting in peril the sustainability of the planet.

Alright – so let’s talk business. Tell us about Sacatar Foundation – what should we know?
You can count on the fingers of one hand the American nonprofits that provide artist residency experiences in an international setting. The others are located in Europe and China. Sacatar is thus a completely unique American institution providing life-changing experiences for talented professionals who open themselves to the extraordinary attributes of the culture of Bahia, Brazil. Traditions brought by slaves to the western hemisphere survived and even thrived in Bahia, in spite of historic persecution, by the sheer number of slaves. For each slave sent to the United States, ten came to Bahia, Brazil. Intermingled traditions out of Africa persist and evolve vigorously to this day in Bahia. Artists draw deep inspiration from the fecundity and power of the local culture, which is improvisational and endlessly creative within the limited means available to people who continue to be marginalized and kept on the lower rungs of the economic ladder through racism and poor formal education. And we provide the local community the opportunity to interact with and to see the production of extraordinary artists from around the world.

Any shoutouts? Who else deserves credit in this story – who has played a meaningful role?
First and foremost, my partner and co-founder, Mitch Loch, who has worked as intensely as I have in every aspect of building the Sacatar international artist residency program. The directors of other artist residency programs around the world have been extraordinarily generous with their advice and assistance. In particular, I can cite Cynthia Gehrig, formerly of the Jerome Foundation (and the Camargo Foundation, an arts residency program in Cassis, France); Cheryl Young, Executive Director of the McDowell Colony in Peterborough, New Hampshire; and Suzanne Fetcher, former ED of the McColl Center, an artist residency in Charlotte, North Carolina. 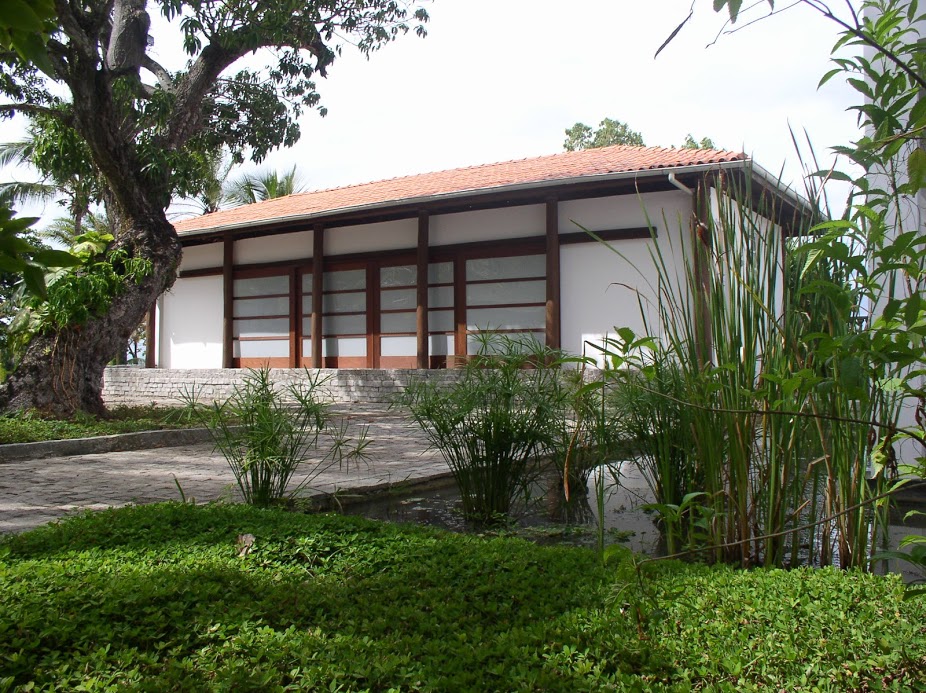 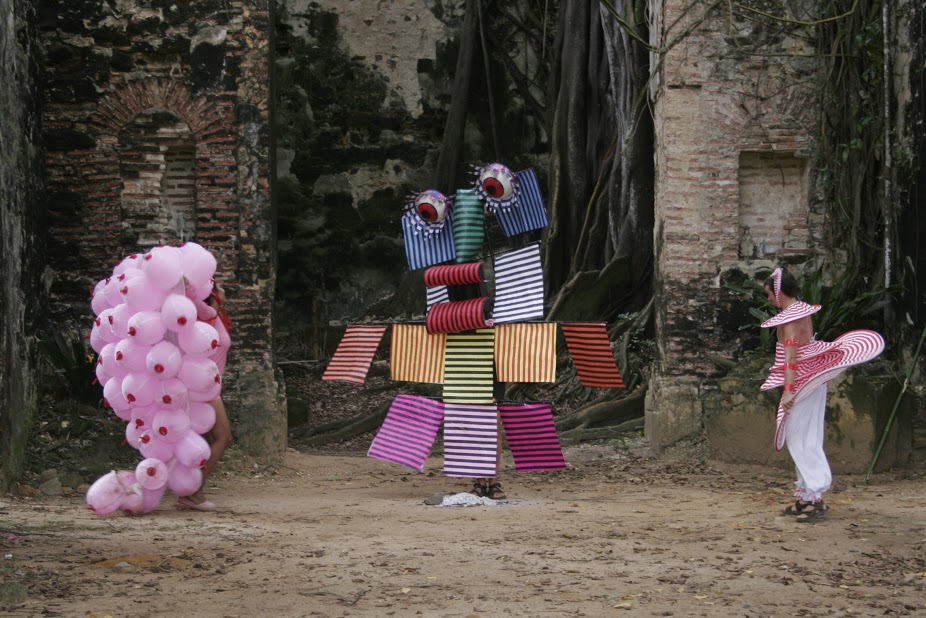 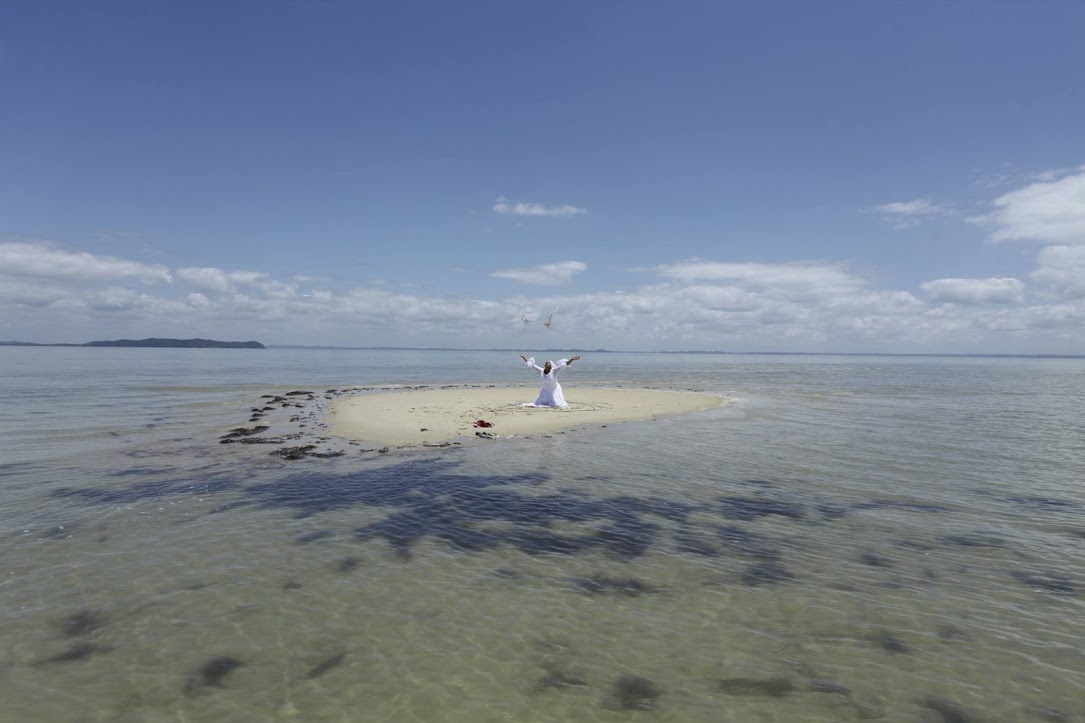 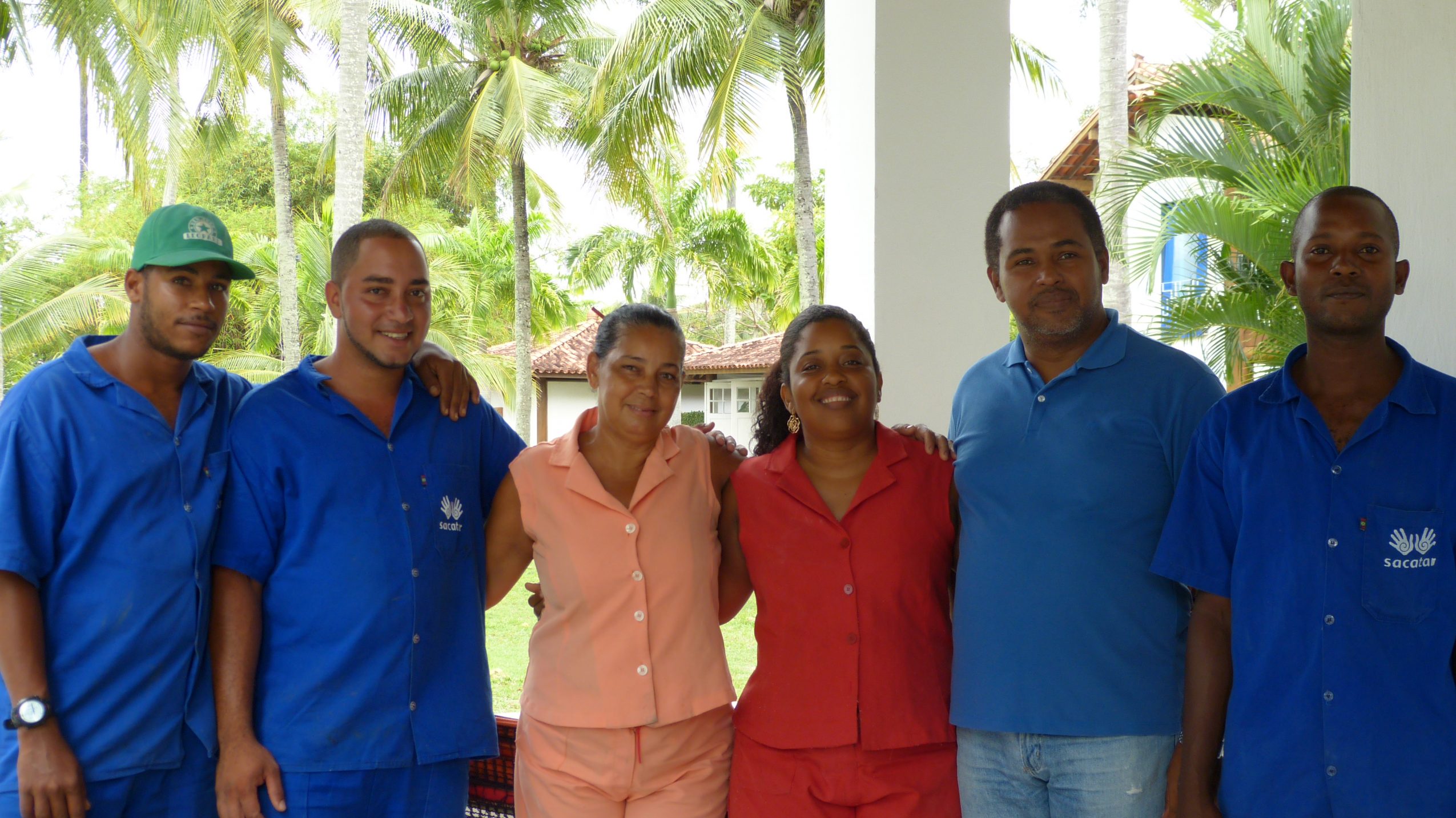 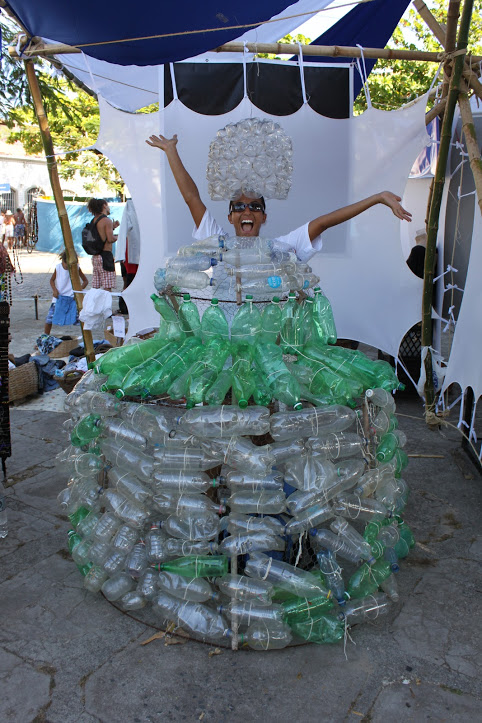 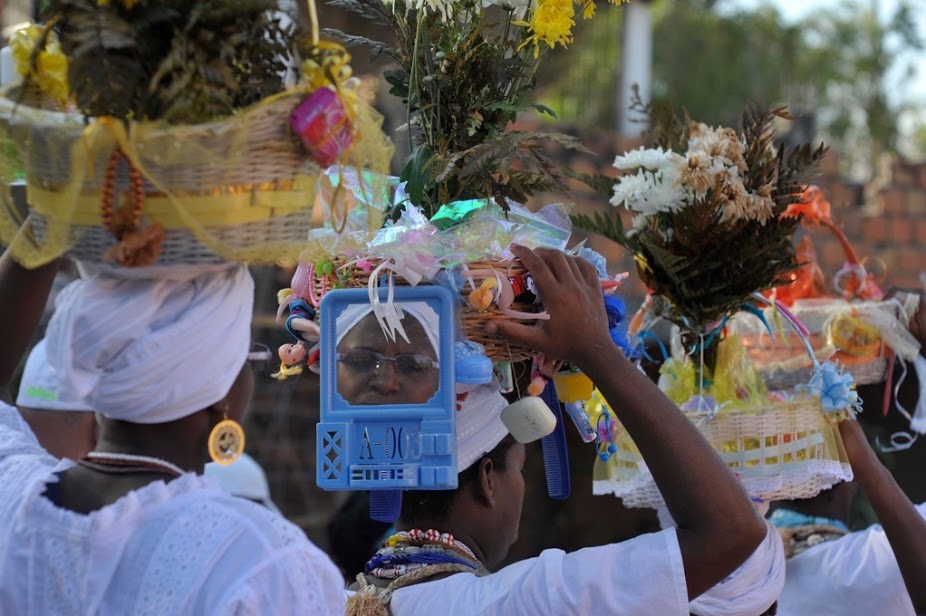 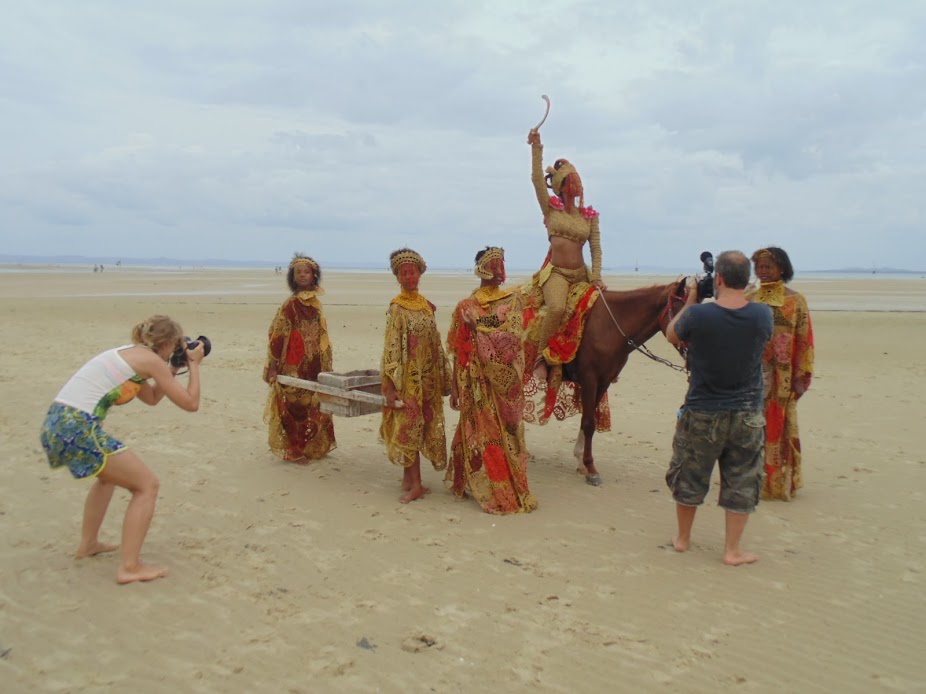