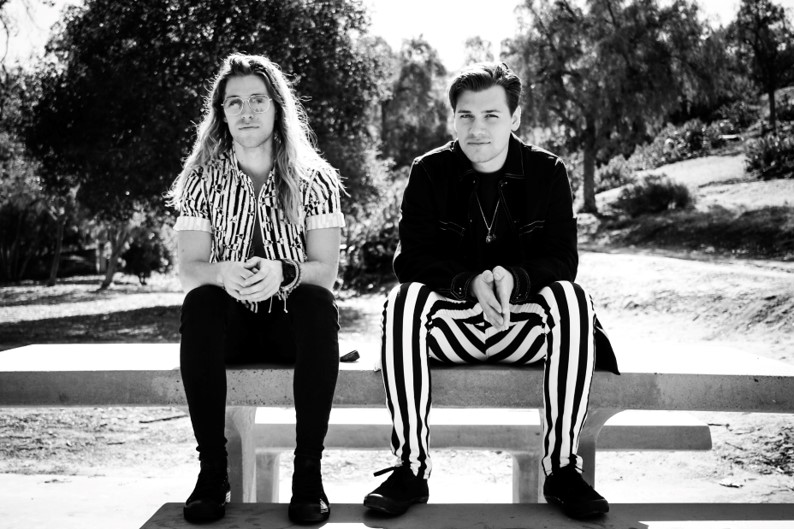 Today we’d like to introduce you to Eleven Point Two.

Taylor and Jon, let’s start with your story. We’d love to hear how you got started and how the journey has been so far.
Jon: We got started in music after moving across the country in 2015. We were born and raised in Grand Haven, Michigan and played music as kids, but never really saw it as anything more than a hobby until moving to LA and going to a few concerts. We really got started after buying a MacBook and discovering GarageBand in 2016. That was the coolest thing. We just started playing around with sounds and recording it.

We were both attending Moorpark College at the time, undecided on what we wanted to do with our lives. Taylor was looking into aerospace engineering, while I was studying for mechanical engineering. That was mainly because I wasn’t set on anything else, and engineering seemed like a well-paying career. But I hated the thought of doing that for the rest of my life, so I quickly dropped out of those classes, as did Taylor, and enrolled in a few music classes instead. While I was still enrolled in a few general ed classes, I used to go to my anthropology lecture hall, choose the seat all the way in the back, and just write songs in a notebook until the lecture was over, which is probably why I almost failed that class.

One day, while sitting outside at the college, Taylor and I were talking about sending GarageBand files back and forth to collaborate on each other’s music. After class, I went home to my apartment in Northridge at the time and recorded some guitar chords to send over to him. Right away, he produced a full track with it. I wrote some lyrics and titled it “Dream.” My girlfriend agreed to sing it because neither of us had ever sung or really even knew that we could. But she had aspirations other than music, so Taylor and I became a duo after that. Taylor wrote and recorded a song that he called “The Light” and sent it to me. I never even heard him sing before, but I loved it. I think I’m his number one fan. We posted the songs on SoundCloud and felt like we had something special. Something different. At that point, I was only really playing guitar, while Taylor sang and played the piano. That was fun, but I shifted back into drumming, which I’d done as a kid, after visiting the Guitar Center down the street. After I bought a drum kit, we turned into a pianist/drummer duo and went on to produce the song “Not Alone” in our parents’ garage with some cheap recording gear from amazon. That song was actually our first release to iTunes and Spotify in April of 2017. That was an amazing feeling. We loved what we were doing and kept writing through the summer to release our first EP in September that same year. Both of us had always been fairly shy/introverted people growing up. Words are hard. So music has become a way for us to let our internal emotions loose, the good and the bad.

Once the music was out, we wanted to play it live. Since we’d never played a live show and had only been to a handful of concerts, I googled everything about playing live shows and booking clubs for months before actually sending an email. I didn’t actually anticipate that we’d get booked to play a show at all, but we got a response right away. We had our first show at Amplyfi in Hollywood on January 26th, 2018. That adrenaline rush was huge. After the first show, we both knew that this was something we wanted to do. Last September, we unexpectedly got nominated for the Ventura County Music Awards and won the “Best Alternative” category. We’ve been booking shows and writing songs ever since.

We’re always bombarded by how great it is to pursue your passion, etc. – but we’ve spoken with enough people to know that it’s not always easy. Overall, would you say things have been easy for you?
Jon: Definitely not. In the beginning, it was so hard just figuring out where to start. Neither of us had ever been in a band before. We’d never even played music in front of anybody. We didn’t have a big social circle and or know anybody in LA. So it was kind of all just trial and error, figuring it out on our own. Putting ourselves out there was terrifying and discouraging at first. When we started out, we’d barely get a couple of streams online and play live shows to empty rooms with only our parents watching. We didn’t have much support. We’ve been rejected by a lot of people, venues, music blogs, magazines, radio stations, and everything else in between.

Taylor: As far as daily struggles go, there is definitely a mental barrier that likes to show up when I try to sit down and focus on music-related work. Whether it’s writing, practicing, or just wondering where this is all leading to. Think back to the cartoons where a tiny devil and angel version of the character pop up on each of their shoulders when a tough decision needs to be made. That is a pretty accurate depiction of me trying to focus on my creative work. I usually start out the days not feeling very motivated at all and controlled by the tiny devil, but snapping out of it is never really too difficult of a task. If I just distance myself from any distractions and sit down at my keyboard, things will start to flow.

So, as you know, we’re impressed with Eleven Point Two – tell our readers more, for example, what you’re most proud of as musicians and what sets you apart from others.
Taylor: We are very proud of the EP and collection of singles we have released on platforms like Spotify and Apple Music. Also, we have worked hard on putting together a live show for our music which we have performed in various locations throughout Los Angeles and Ventura County. I think what sets us apart from other bands is the energy we bring into our shows. Jon gets disappointed if he doesn’t break at least one of his sticks during a performance, and I think that just represents our passion for this pretty well.

So, what’s next? Any big plans?
Taylor: We’re currently writing our first full-length album, which is really exciting. I feel like these songs definitely represent the sound we are going for a lot better than our first EP, both lyrically and musically. We have been going back and forth about whether or not to release a full album or to just release singles as they get finished since that seems to be more popular in the music industry these days, but I think we’ve decided that we want these songs to all come together as a single piece of art. 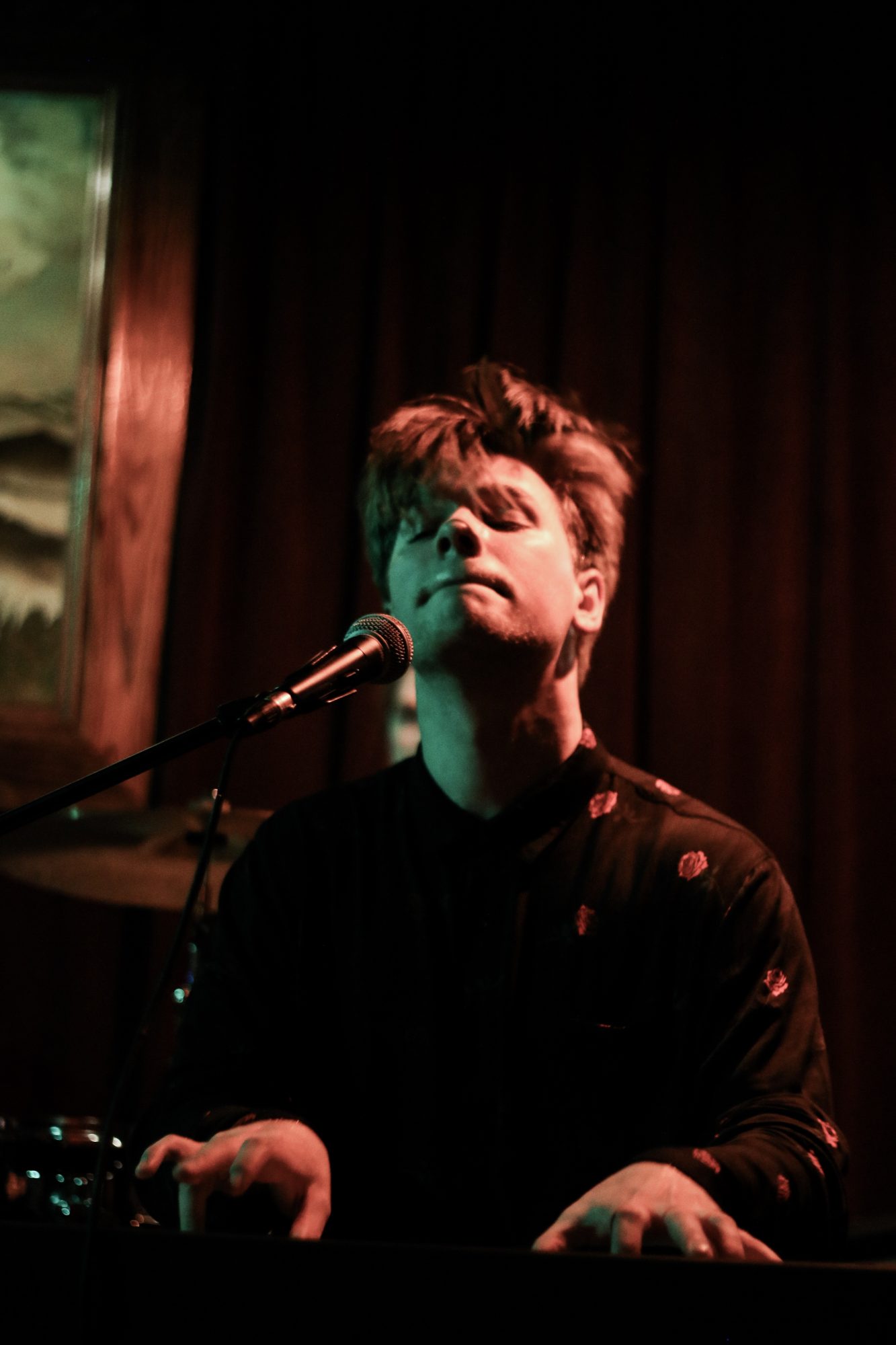 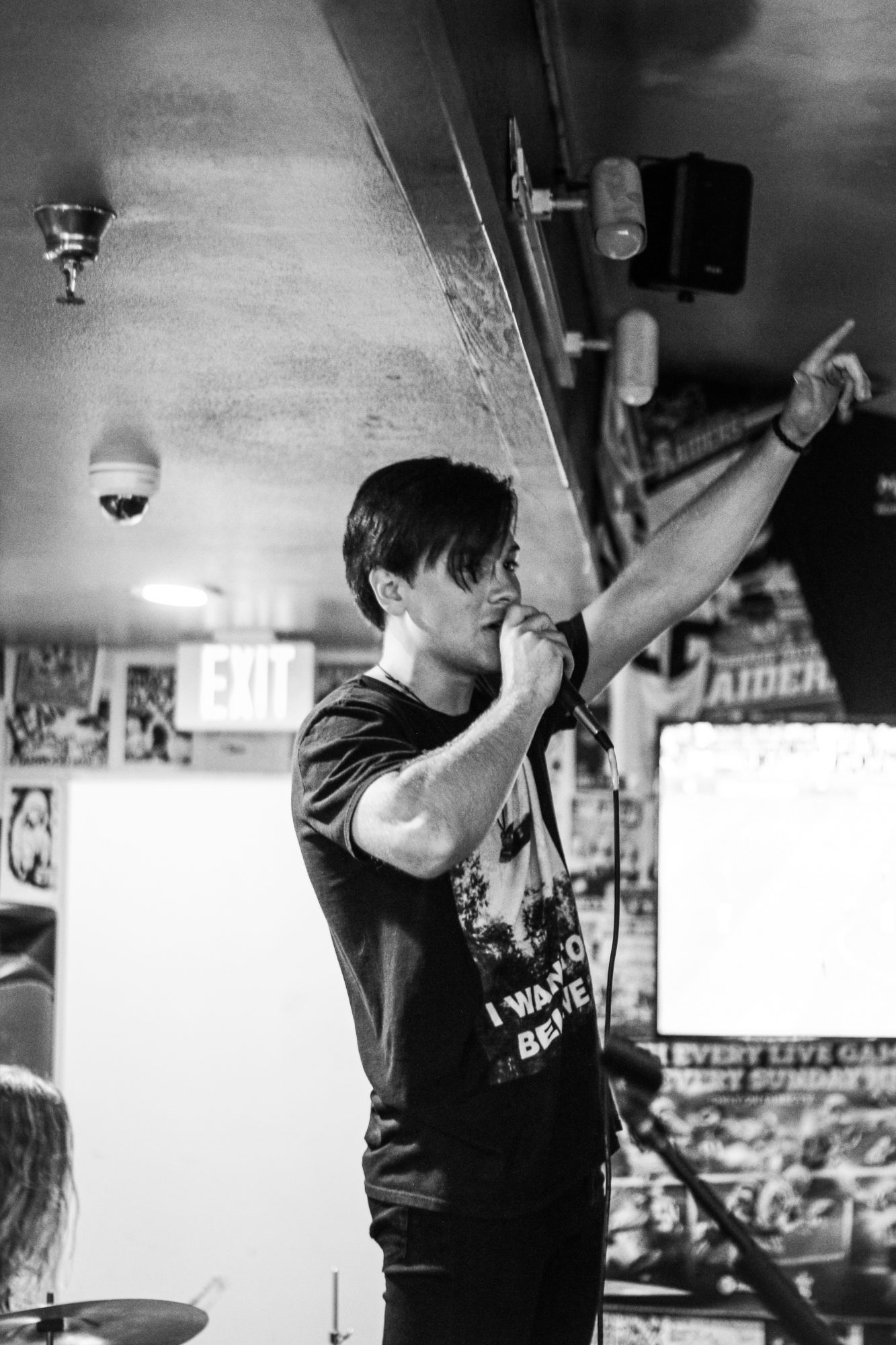 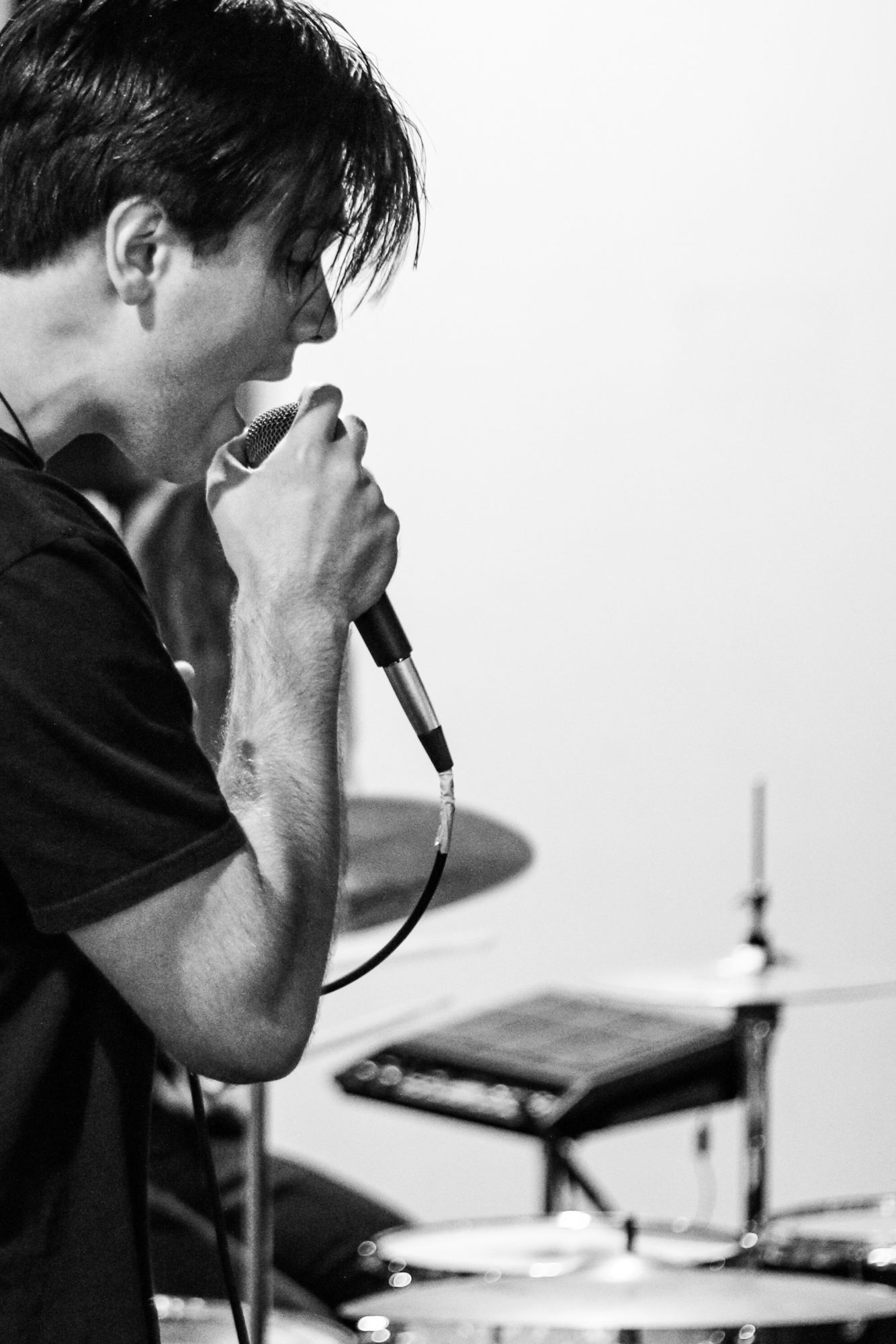 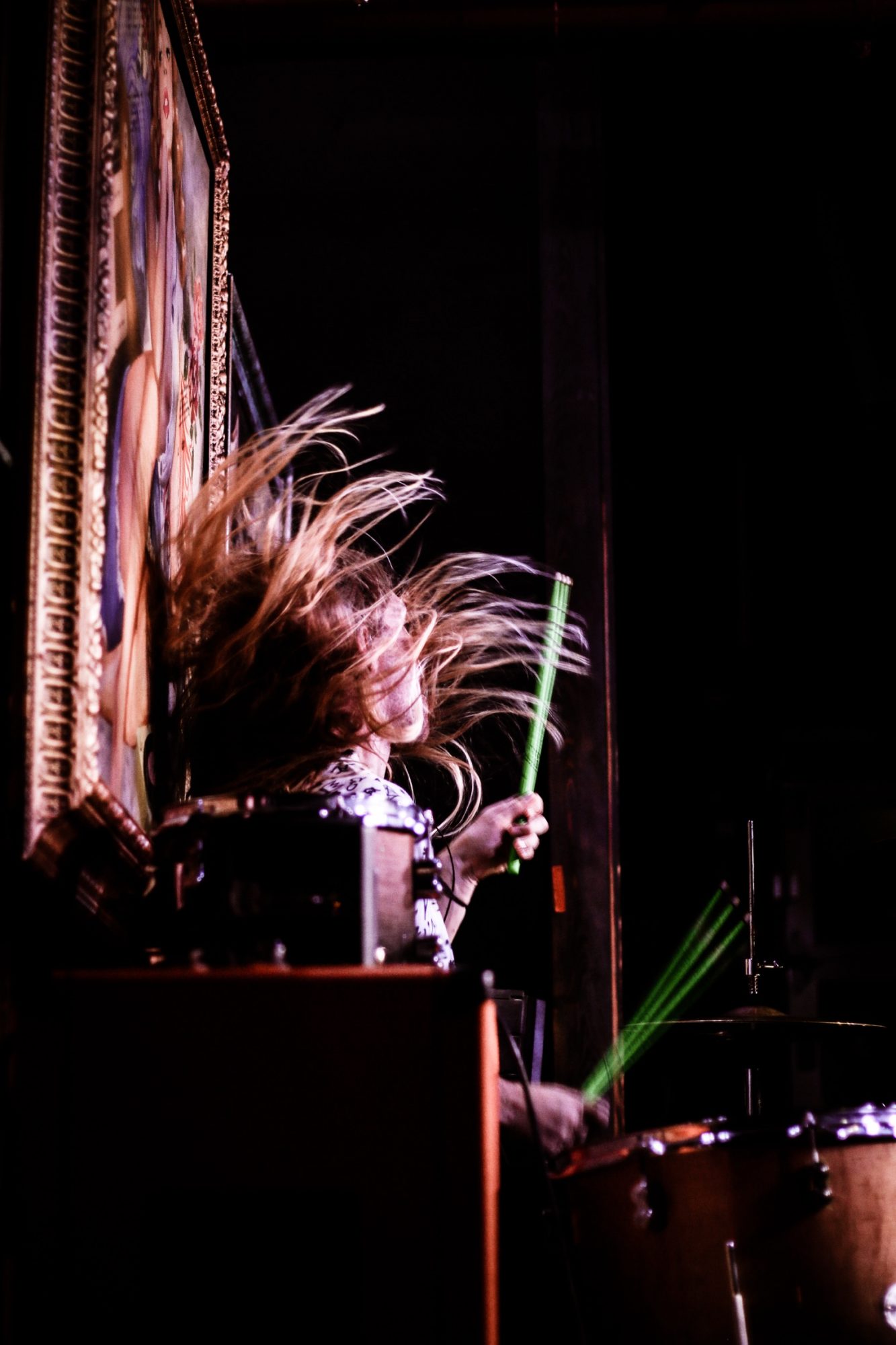 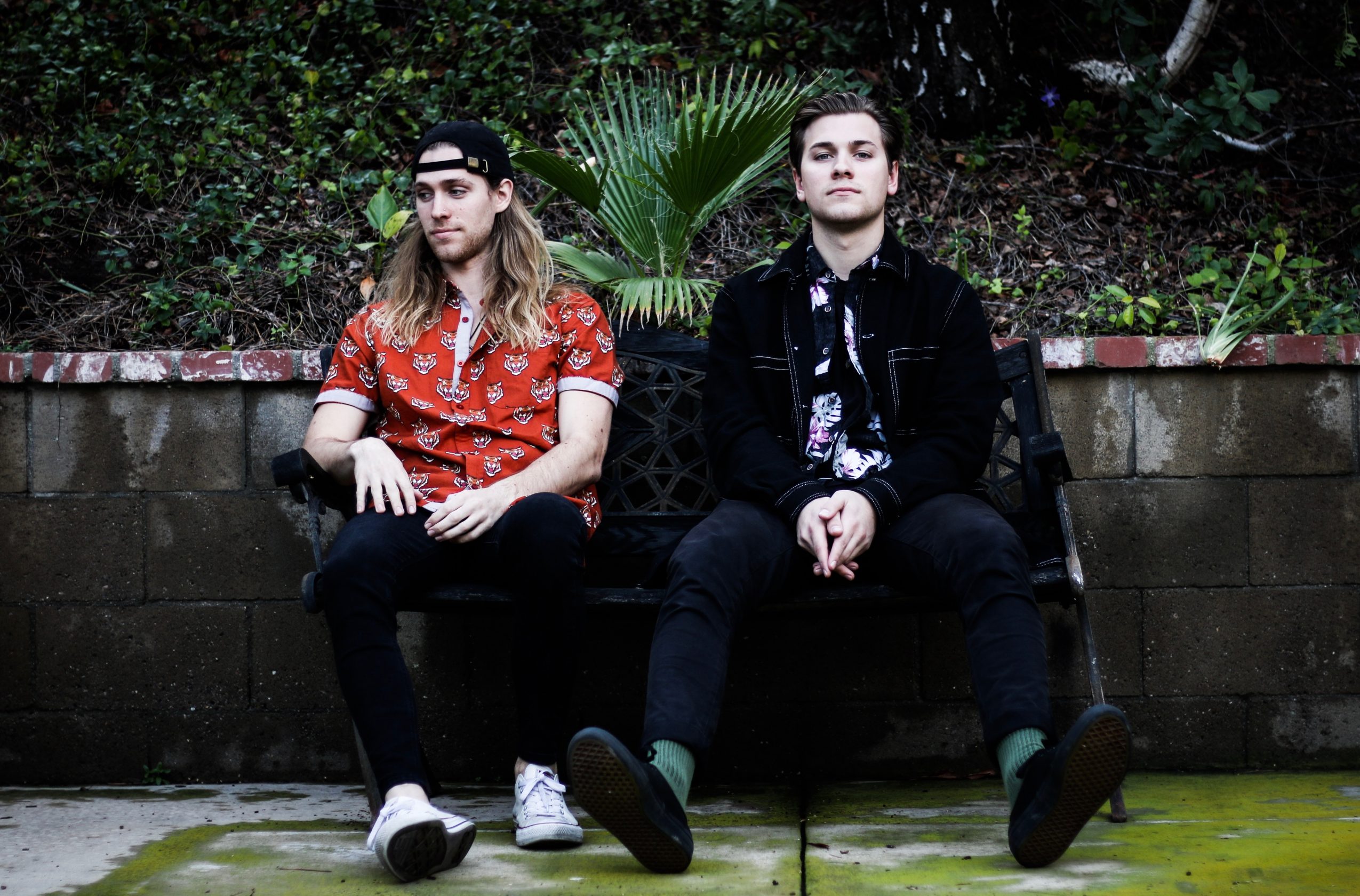