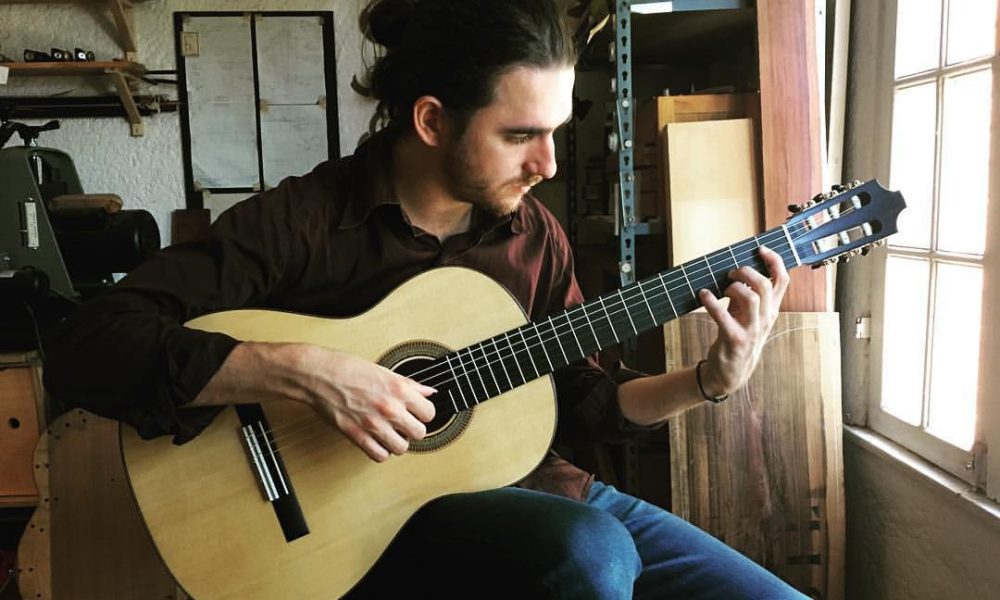 Today we’d like to introduce you to Taso Comanescu.

Every artist has a unique story. Can you briefly walk us through yours?
I was born in Northern California to a Romanian father and Greek-American mother. While neither were professional musicians, both have been very supportive of my musical pursuits. I began studying music by taking piano lessons from my Godfather, a concert pianist himself, at the age of 5. He taught me in the classical style but I also got into playing classic pop music like Billy Joel and Paul Simon. This lasted for about five years until I was turned on to the guitar by my uncle and mother whom both played a bit. It was insisted upon that I take classical guitar lessons but we moved around a lot in my childhood so it was hard to keep the same teacher. Eventually, we settled in the East Bay and I consistently began studying with a guy named Charles Sedlak.

Around this time, I also got an electric guitar (oops!) for Christmas and started teaching myself rock songs and even formed my own high school band with some friends! My teacher Charles told me about Christopher Parkening’ s masterclasses and encouraged me to apply saying that if I studied classical, I could go in any direction I wanted to with music. This eventually led to me getting a scholarship to study with Parkening at Pepperdine University. After Pepperdine, I went on to get my master’s degree in classical guitar at USC and also ended up joining the faculty at Pepperdine. I’ve been a part of the LA music scene ever since, releasing two classical guitar solo records, a rock record with my band “Blind Sparrow” and also performing ethnic Greek folk music with the “Greek Rebetiko Trio”. I run my own private teaching studio and am quite fortunate to live with other professional musicians whom inspire me daily in their relentless pursuit of excellence.

Please tell us about your art.
I primarily play the guitar and it falls into three categories: Classical, Rock, and Folk.

The classical side is a directly inspired by my teachers, Christopher Parkening and Scott Tennant, and my musical upbringing. I believe it is a truly beautiful art form that is also uniquely challenging in the context of the guitar world. I hope that when people hear my recordings, see my videos or dare I say come to a concert (!), they walk away admiring the poetic and colorful qualities of the instrument. I would say that my classical playing is rooted in the old style championed by the great Andres Segovia but I also borrow from all the other greats. It would be silly not to!

This probably comes from my classical guitar influence, but I absolutely love all the shades and colors of Led Zeppelin’s music ranging from their beautiful acoustic ballads to their hard rock anthems. It was hugely inspiring to and led me to co-found the LA-based rock band “Blind Sparrow”. We really tried to capture the wide range of what’s possible in a rock band with our debut record of which I’m quite proud of. I would also say that the record features several amazing guest performances by my very talented friends. When people listen to it, they’ll hear a rich musical world I’m fortunate to be a part of.

The Greek Rebetiko Trio performs authentic Greek folk music in the idioms of “Rebetiko” and Laiko”, ranging from the 1920’s to today. Our goal is to introduce audiences to the origins and rich cultural heritage of Greek music as well as to bring people together through our live performances. The band was formed in Boston by Dimitris Mann and Panos Tsigkos. Now based out of Los Angeles, Dimitris continues to perform with Greek Rebetiko Trio’s new lineup, consisting of myself and Alexis Cohen.

What do you think about conditions for artists today? Has life become easier or harder for artists in recent years? What can cities like ours do to encourage and help art and artists thrive?
It’s very much a hustle if you want to “make it” solely as an artist. What I try to tell people is that making it means only doing art and carving out living. Basically, not having to have a side job to generate income so that you have free time to make art. I’m talking about having your art pay your bills. To me, that’s making it! Becoming rich and wealthy off your art is a whole other story and requires a rare mixture of talent and good fortune.

Life is becoming easier for artists in recent years to get their product released. Think in social media, YouTube and the internet in general. All it takes is a smartphone and you can run your PR campaign. I do believe however that you still have to have a compelling product. Most of the time. Life, however, has been harder because consumers are used to getting music for free and are far less likely to attend/pay to attend live music compared to previous generations.

Cities like LA can help encourage art through grants/stipends, performance opportunities funded by the city and most importantly increasing arts education funding in schools and local community centers!

How or where can people see your work? How can people support your work?
For classical guitar related stuff check out my website www.tasoguitar.com. The website also has links to my social media platforms (Instagram, Facebook, Spotify, YouTube, Apple Music, etc) that features audio and video of my classical guitar concerts, recordings as well as information regarding upcoming performances.

You can also check out my band Blind Sparrow on Spotify and Apple Music.

Support my work by purchasing my albums via my website, streaming and most importantly coming to our live shows! 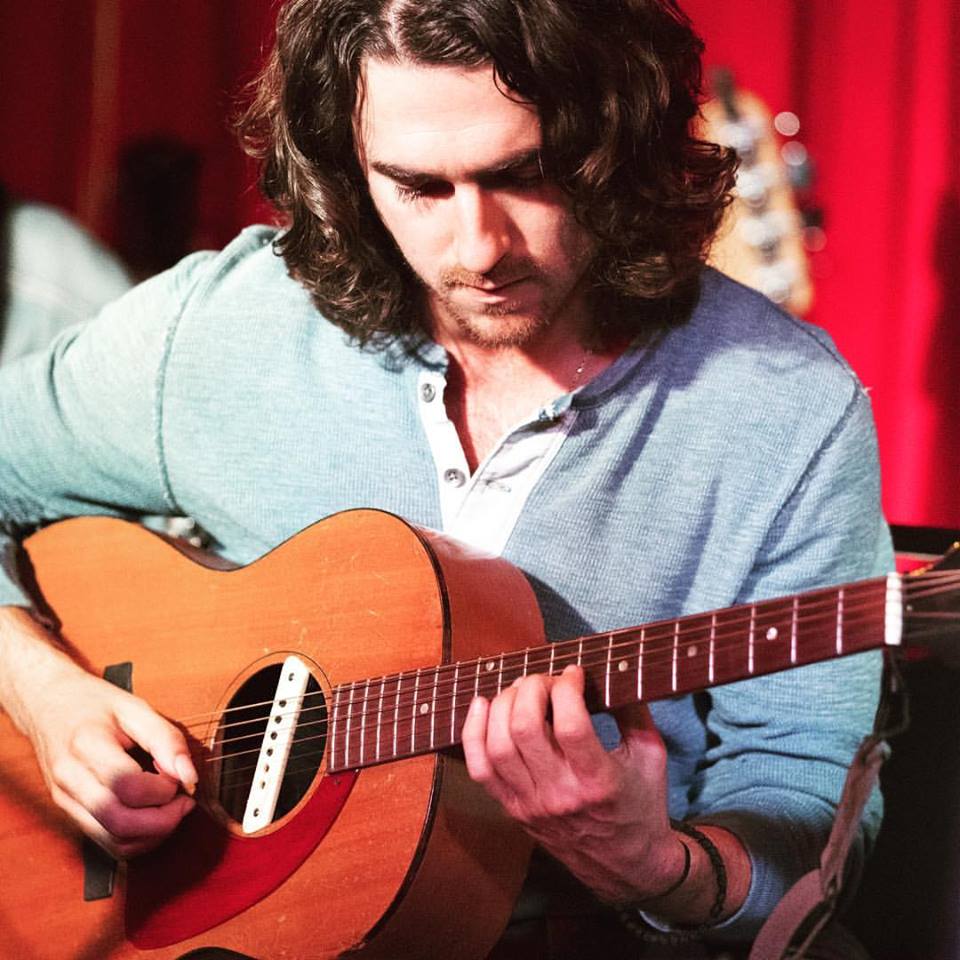 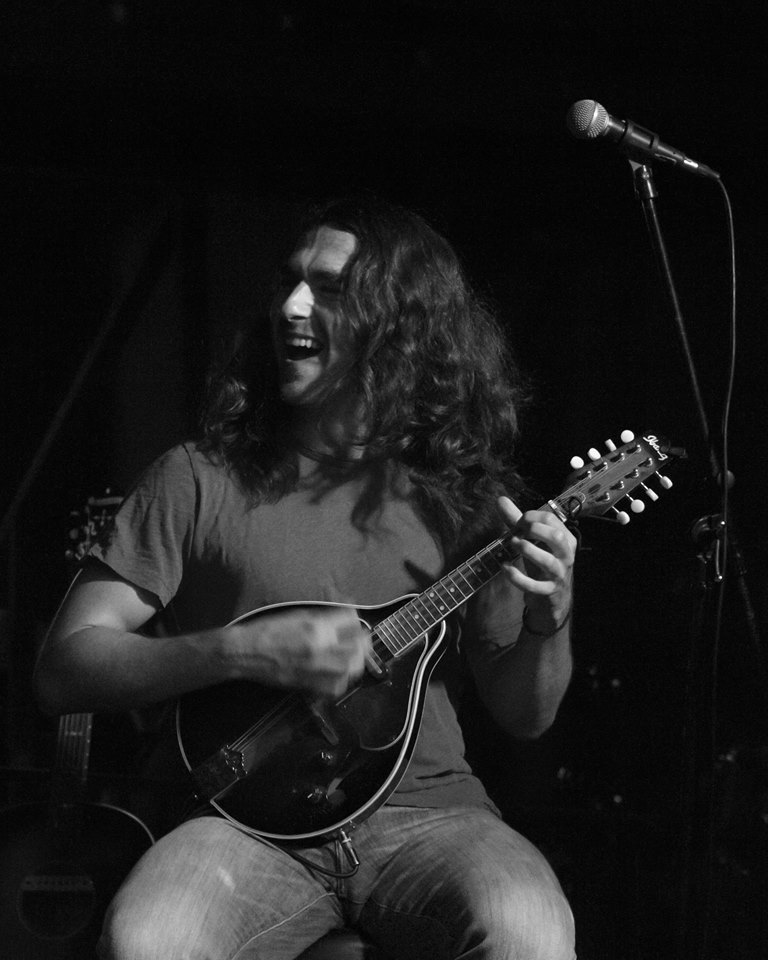 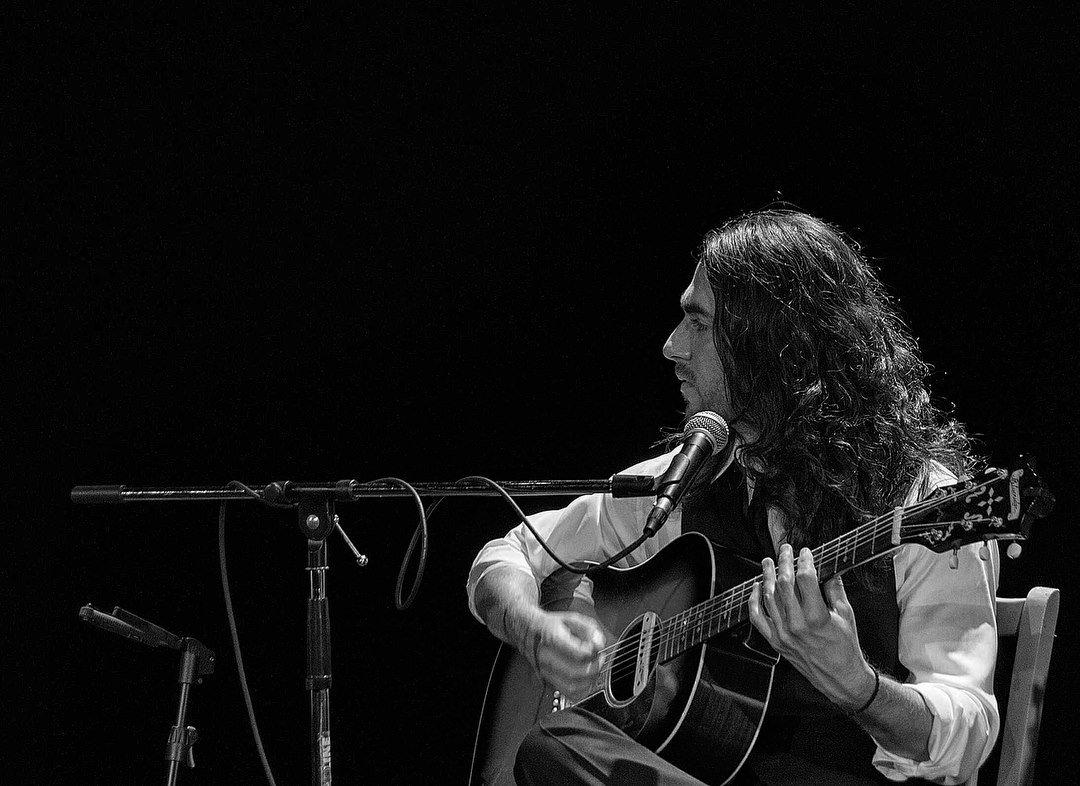 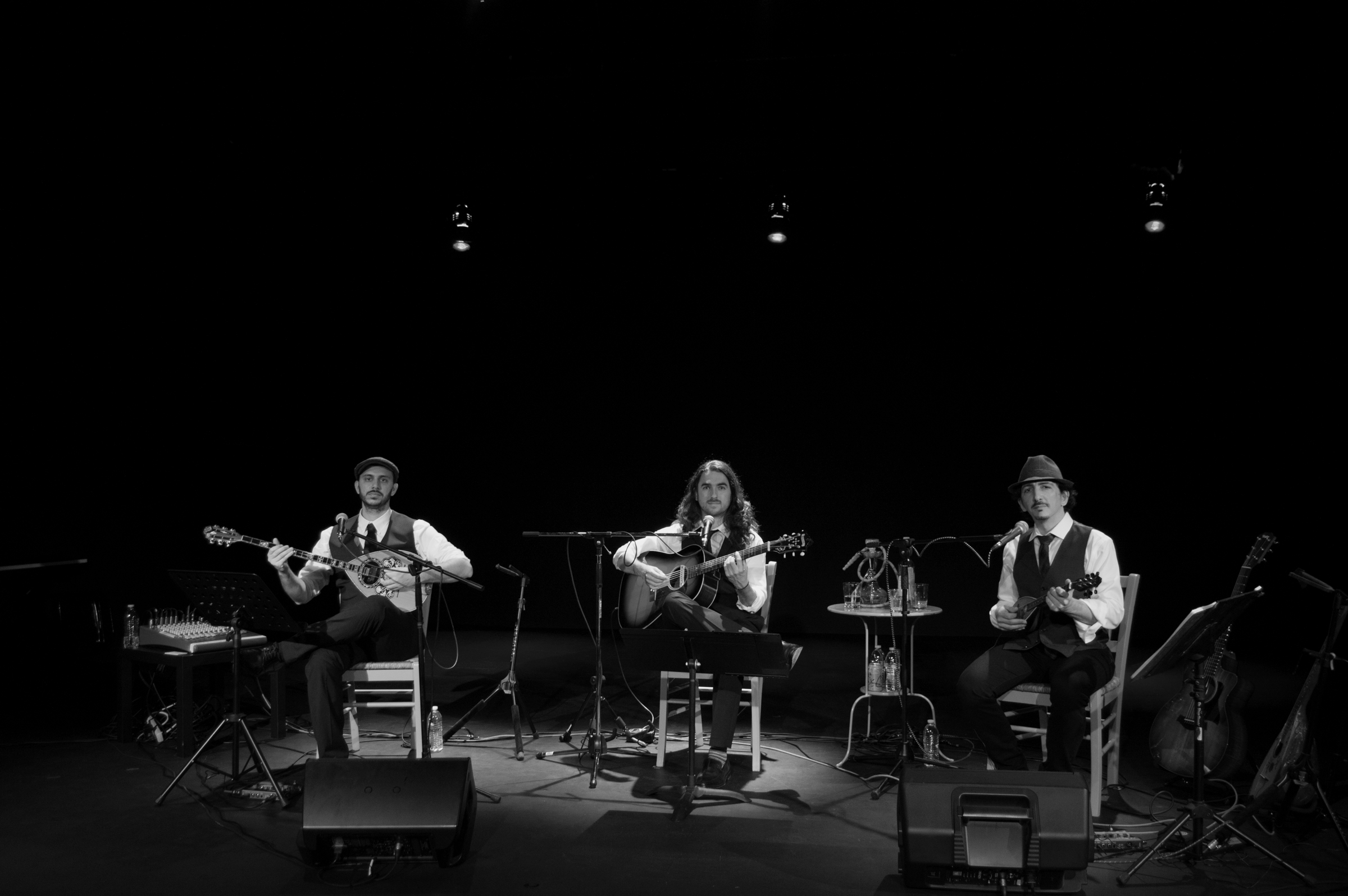 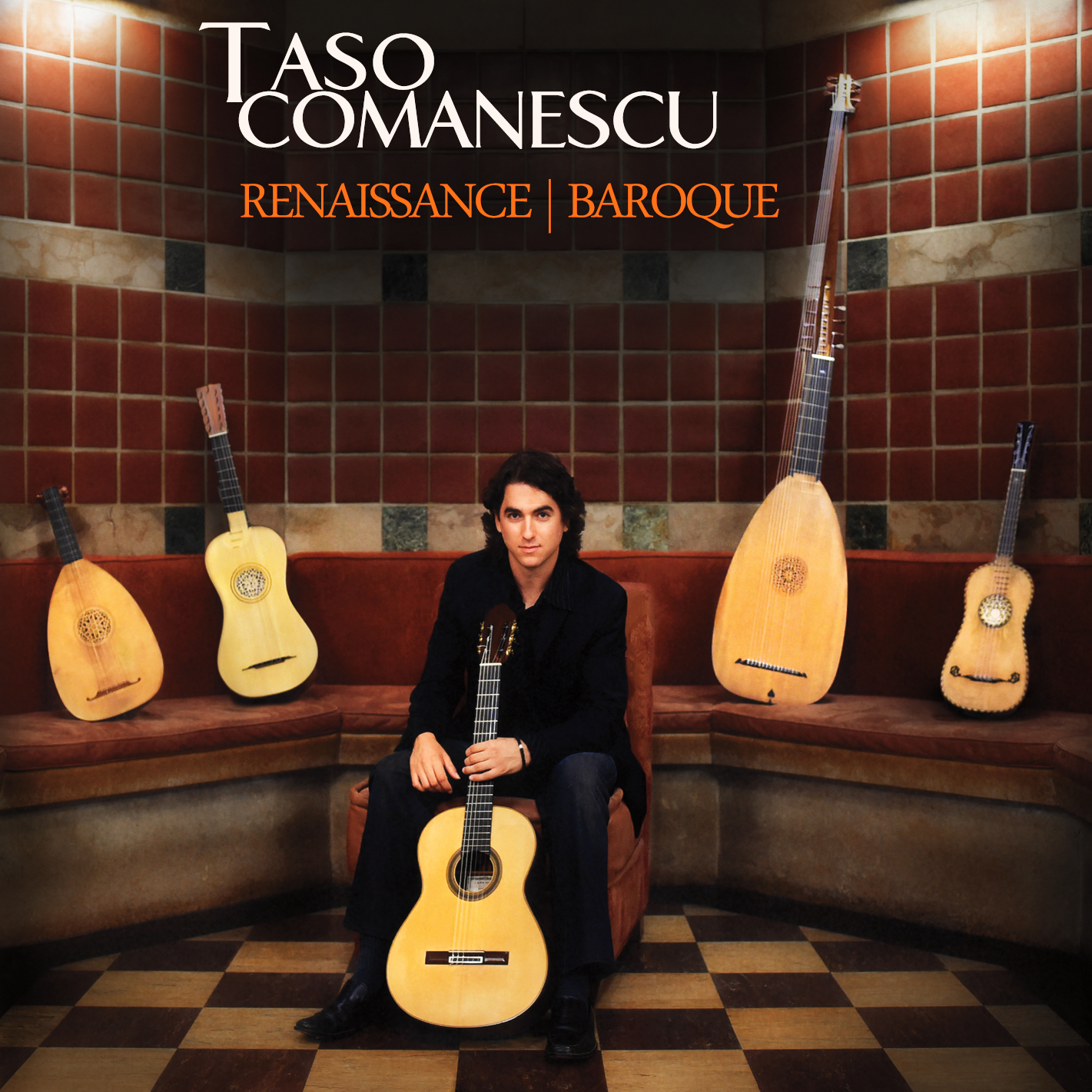