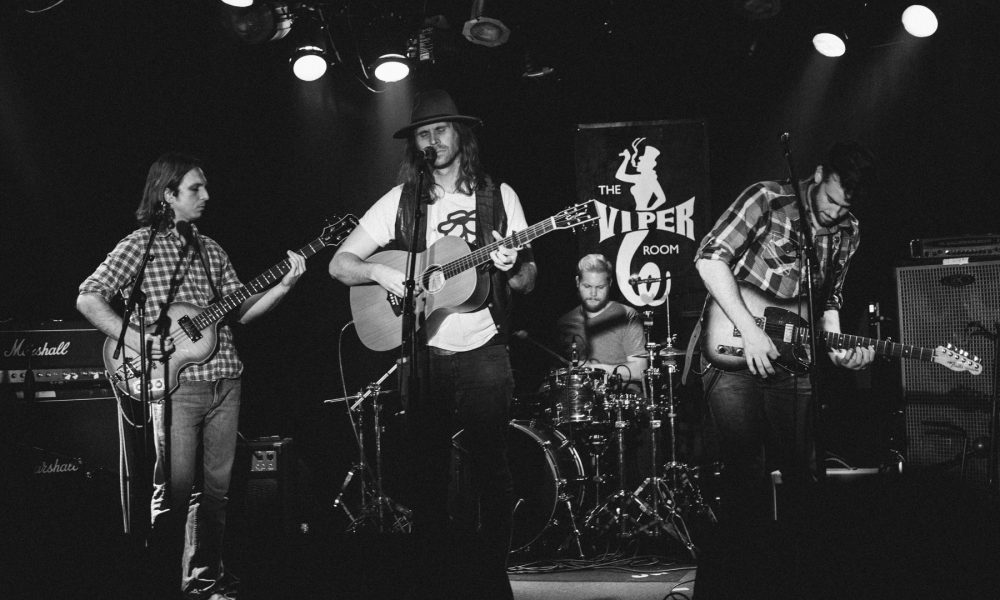 Today we’d like to introduce you to Taylor Hungerford.

Taylor, can you briefly walk us through your story – how you started and how you got to where you are today.
I had been writing poetry while I developed as a musician. I think the thing that makes my process different is, at least in my formative years, my poetry and musicianship were developed separately. I didn’t figure until many years later to combine the two.

The Tar & Flowers moniker came out of the need to have a last.fm channel of my own. My former name “One Foot In The Grave” was taken by a senior citizen punk band, so I took it from a song I wrote about a drifter.

Much of the music has come from my love of the west. My hometown of Chatsworth had a Honkey-Tonk – The Cowboy Palace Saloon. It bore the phrase, “The Last Real Honkey-Tonk in Los Angeles.” It was occupied by cowboys who came down from drives up in Ventura County and the central valley, biker gangs and plain eccentric locals. Best of all – it had live country music seven nights a week. For no money and strong drinks, you could see some of the best musicians in Los Angeles play anything from Gram Parsons to Big & Rich.

I also had the privilege of cowboying on my cousin’s ranch in the Arkansas Valley in Colorado a couple of summers. I got to push herds, do brandings and farm. It enriched my love of the west as well as the land. My time there had a profound impact on me and my music.

Tar & Flowers in its current form began when engineer Wolf Kroeger approached me to do an album. In that process, we developed the desert sound you hear on the record, Indian Summer.

Live, we’ve done our best to bring the record to life. Michael Ward, who is a fantastic composer in his own right, is on lead guitar and backing vocals, Wolf is on bass and Matt Brundrett is on drums. We play all over LA and, with a little bit of luck, will be playing outside of it as well.

Overall, has it been relatively smooth? If not, what were some of the struggles along the way?
Success with Tar & Flowers has been sporadic – we’ve opened for established acts (Edison), have gotten written up in some blogs, added to playlists, and continue to play some pretty awesome spots around LA. There are people who have thankfully responded to the music and are playing the album on Spotify and are attending shows as well.

I know I’m not in the hotbed of Americana music – but it’s cool because I think we have to reach out to people who aren’t necessarily interested in Americana music – so it’s up to me to write the best songs possible.
I believe as time goes on, with effort and a little luck, we’ll be playing more consistently. As of now, I like where we’re going and I’m grateful to be playing with an amazingly talented group of musicians.

Alright – so let’s talk business. Tell us about Tar & Flowers – what should we know?

I used to think Tar & Flowers was simply “folk” music or “folk-rock”, but am now thinking we’re more in the area of Americana. And even then we’re still somewhat oddly placed.

I also think that, if folks decide to take the plunge, there’s an added story to the lyrics as well. I think one of the failings of a lot of current music is lyrics take a backseat to melody and production. I try to do my best to follow lyric songwriters like Townes Van Zandt and Bob Dylan. Particularly in the folk music tradition, this is probably one of the most important parts of the song.

Any shoutouts? Who else deserves credit in this story – who has played a meaningful role?
As far as influences or “mentors” go – I never really had a physical person whom I knew that informed my playing. I took traditional guitar lessons where I studied using a pick, but eventually stopped with that teacher. I started listening to Skip James a lot. He never used a pick, had a high pitched voice, odd tunings and had very intricate fingerpicking techniques. Same for Leo Kottke – who in some ways is Skip James’ technique on steroids. I also became very interested in the slide work of Ry Cooder – the expression he was able to get out of a single note was pretty incredible. As far as overall sound of the band, I’d cite The Cowboy Junkies, Led Zeppelin and Horse Feathers as really big influences. In all this, I can’t mention Wolf Kroeger enough. His patience and expertise and creativity made my current record what it is and really helped develop the sound. 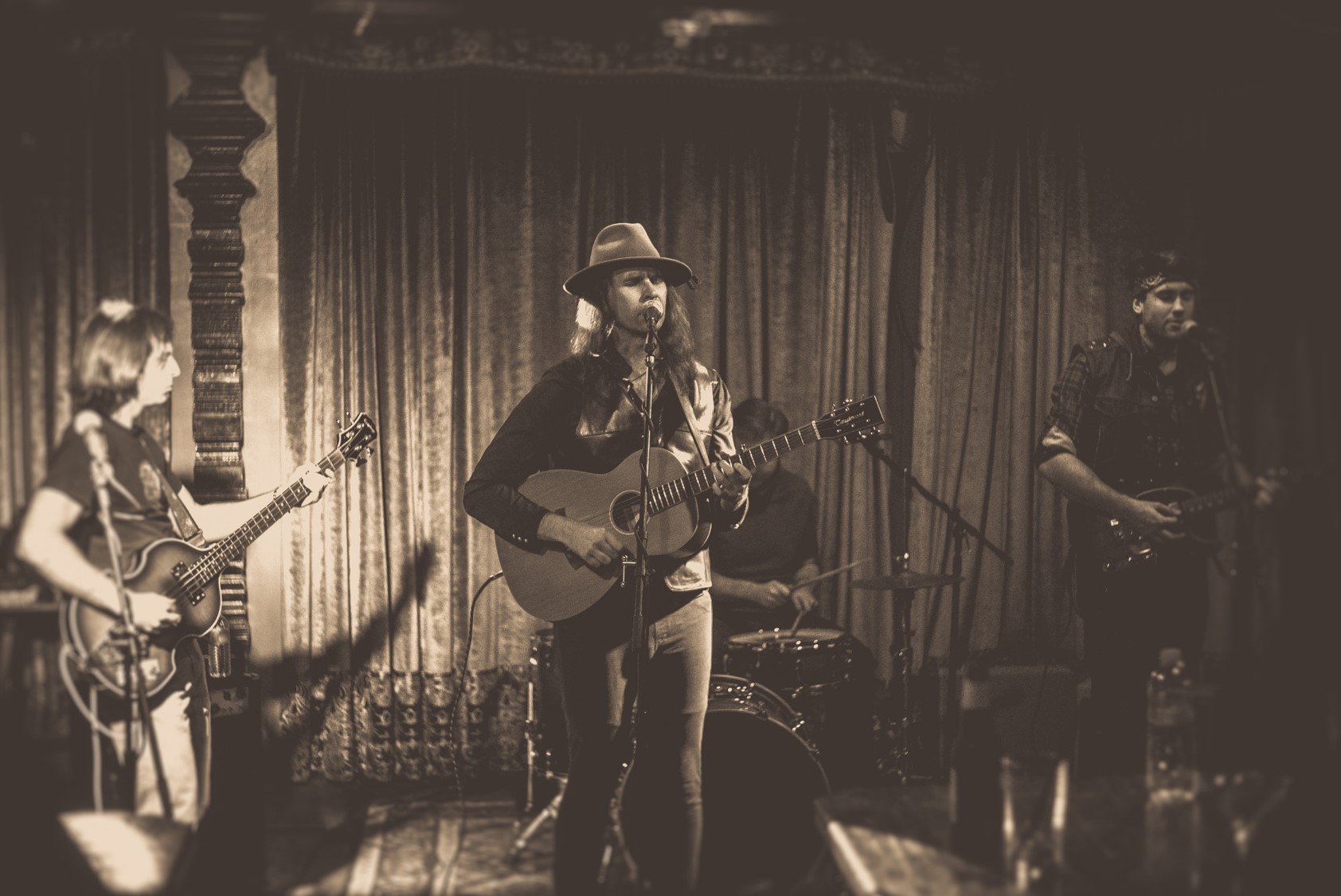 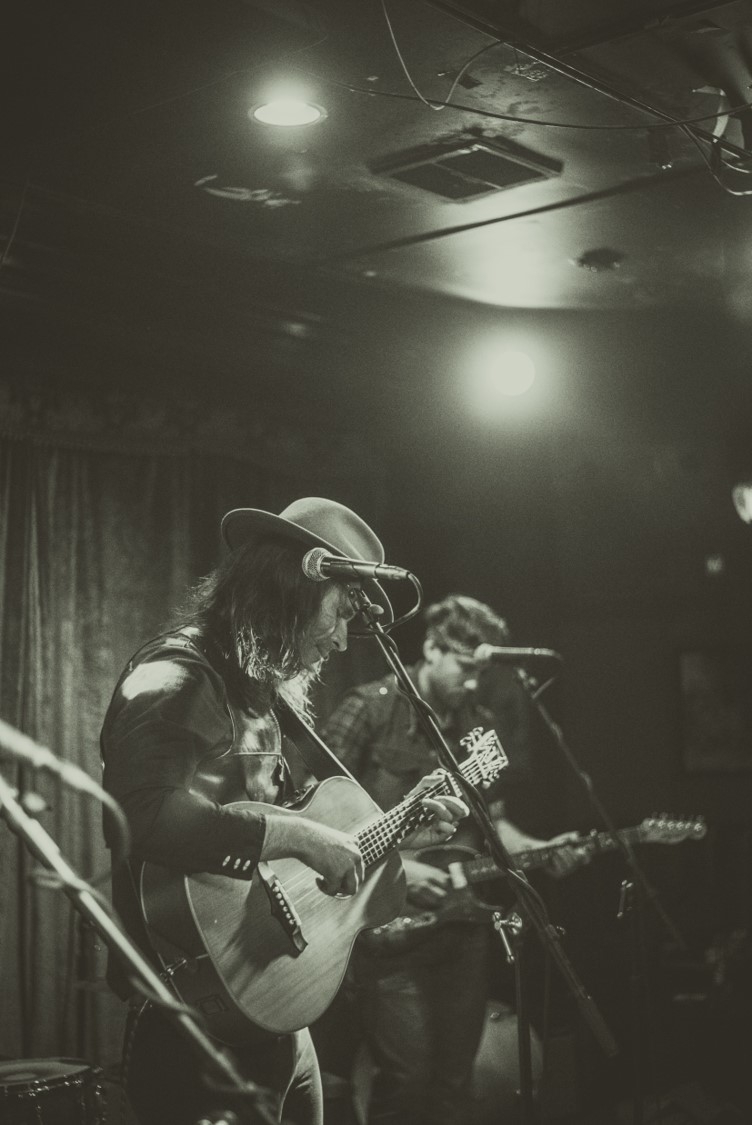 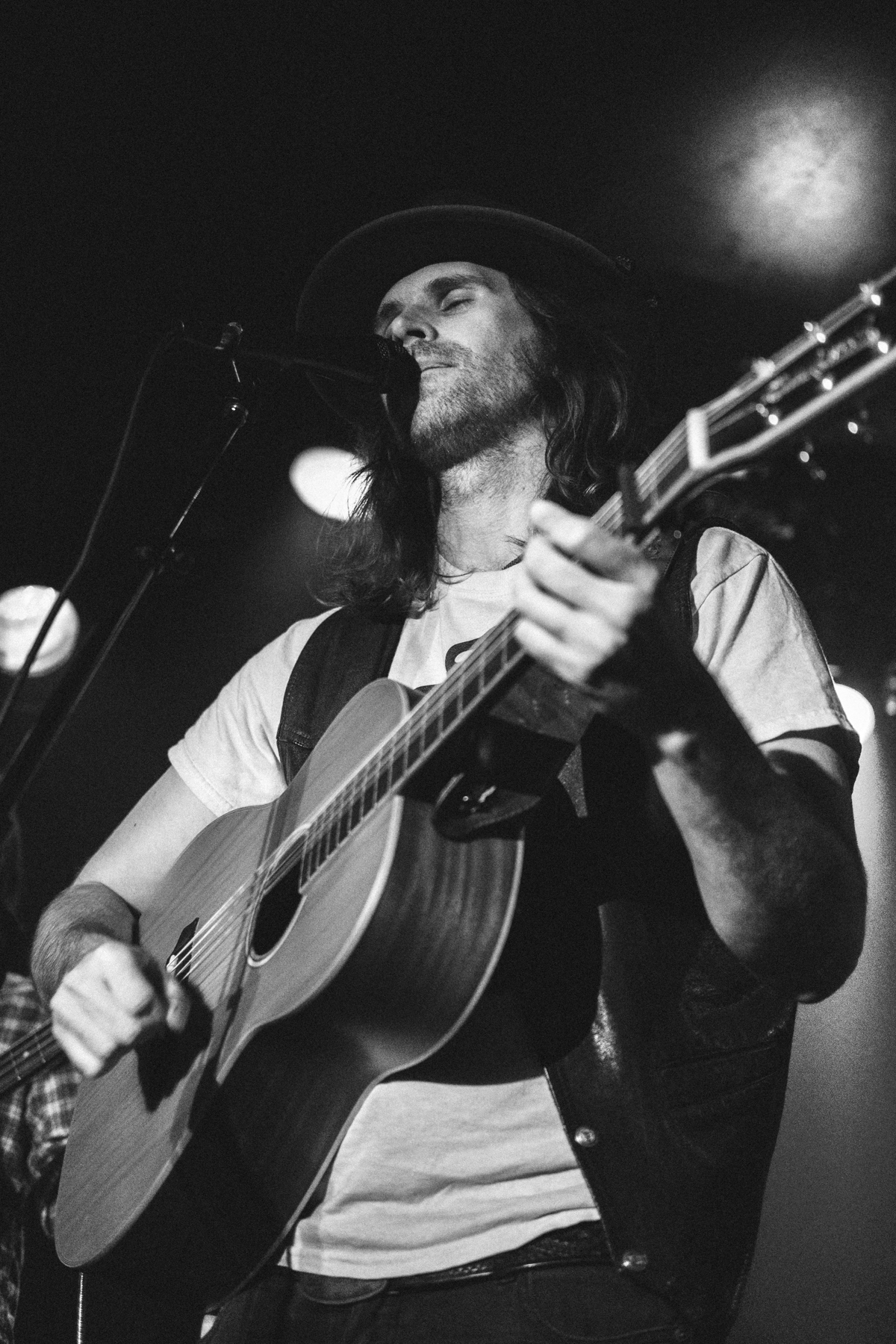 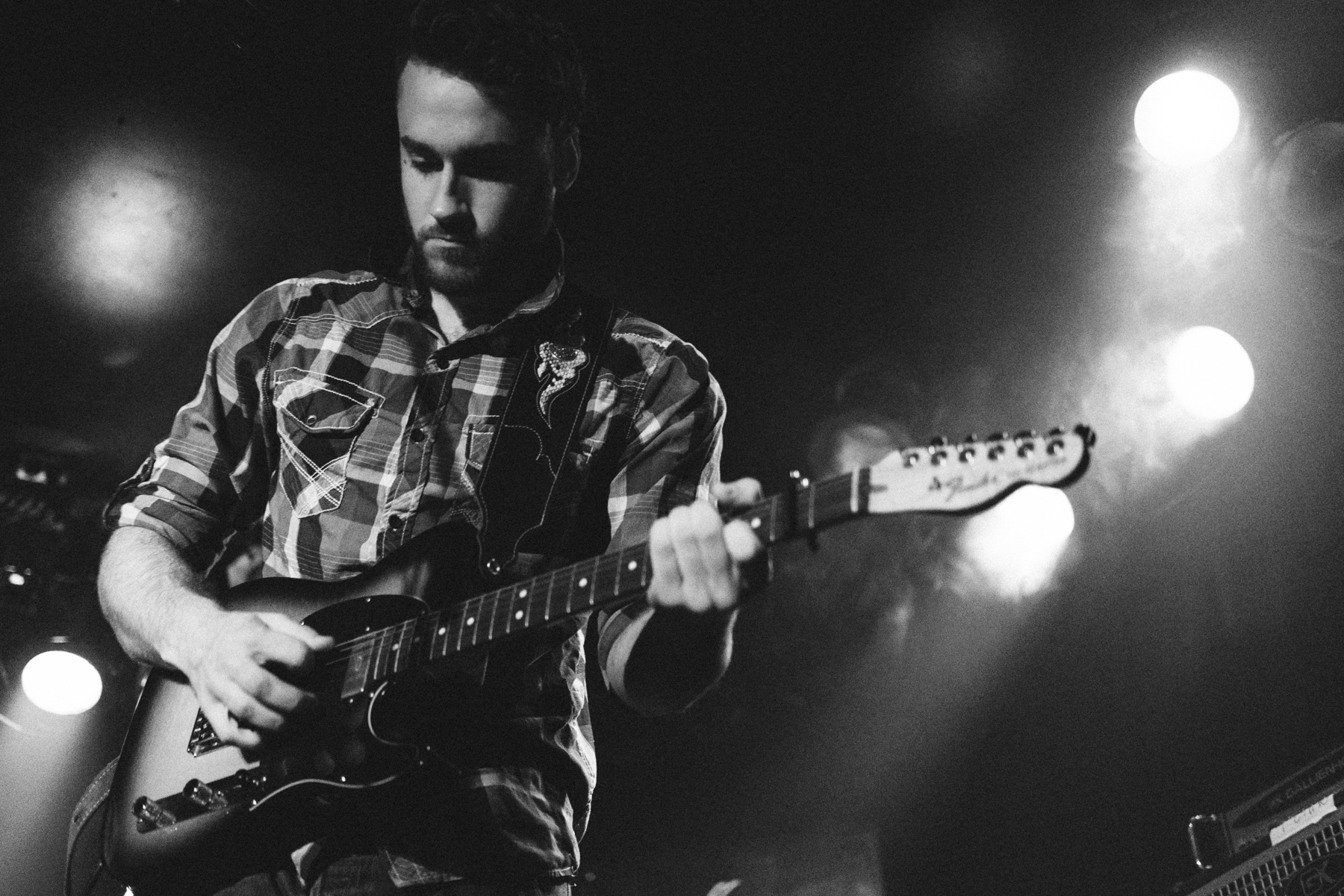 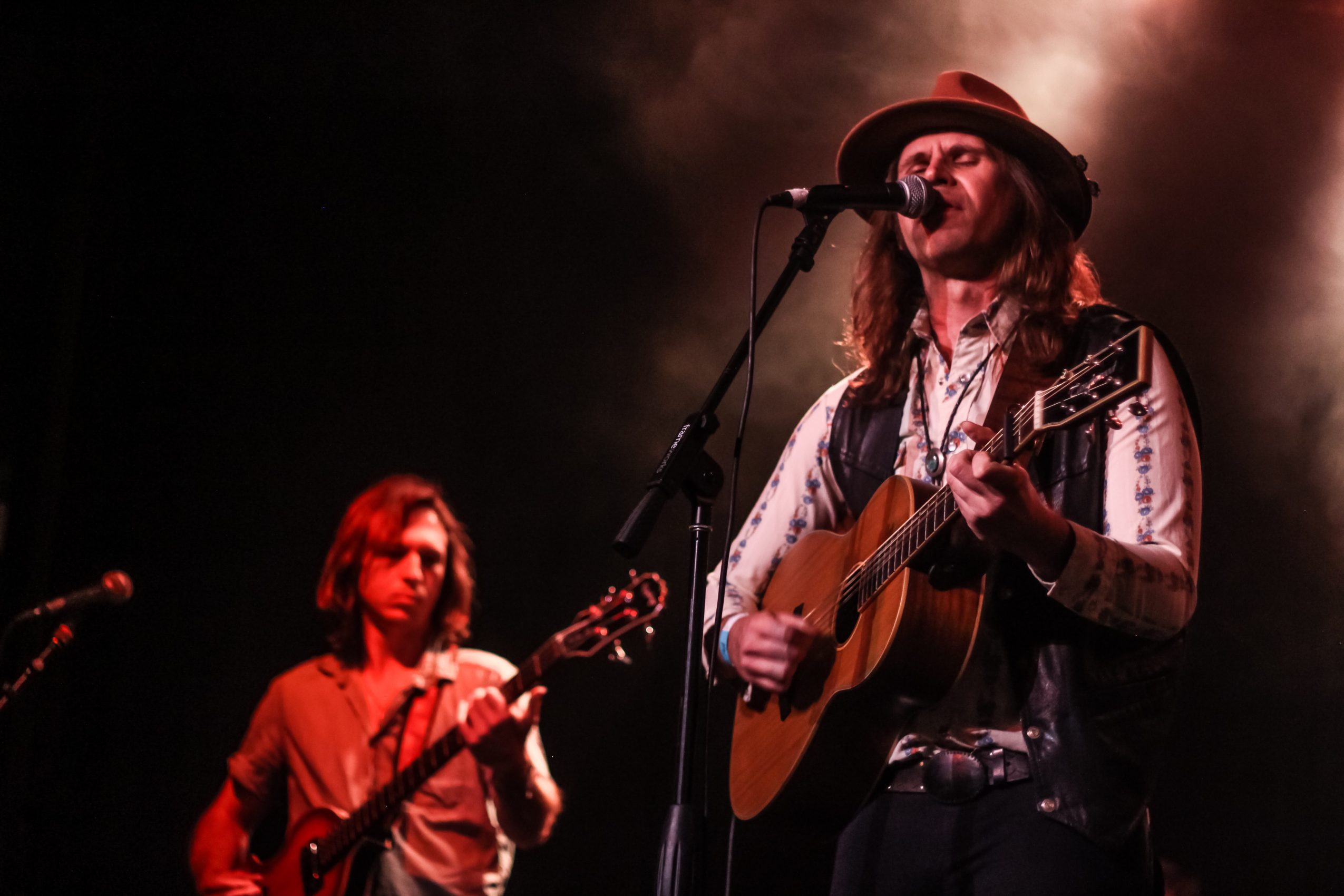 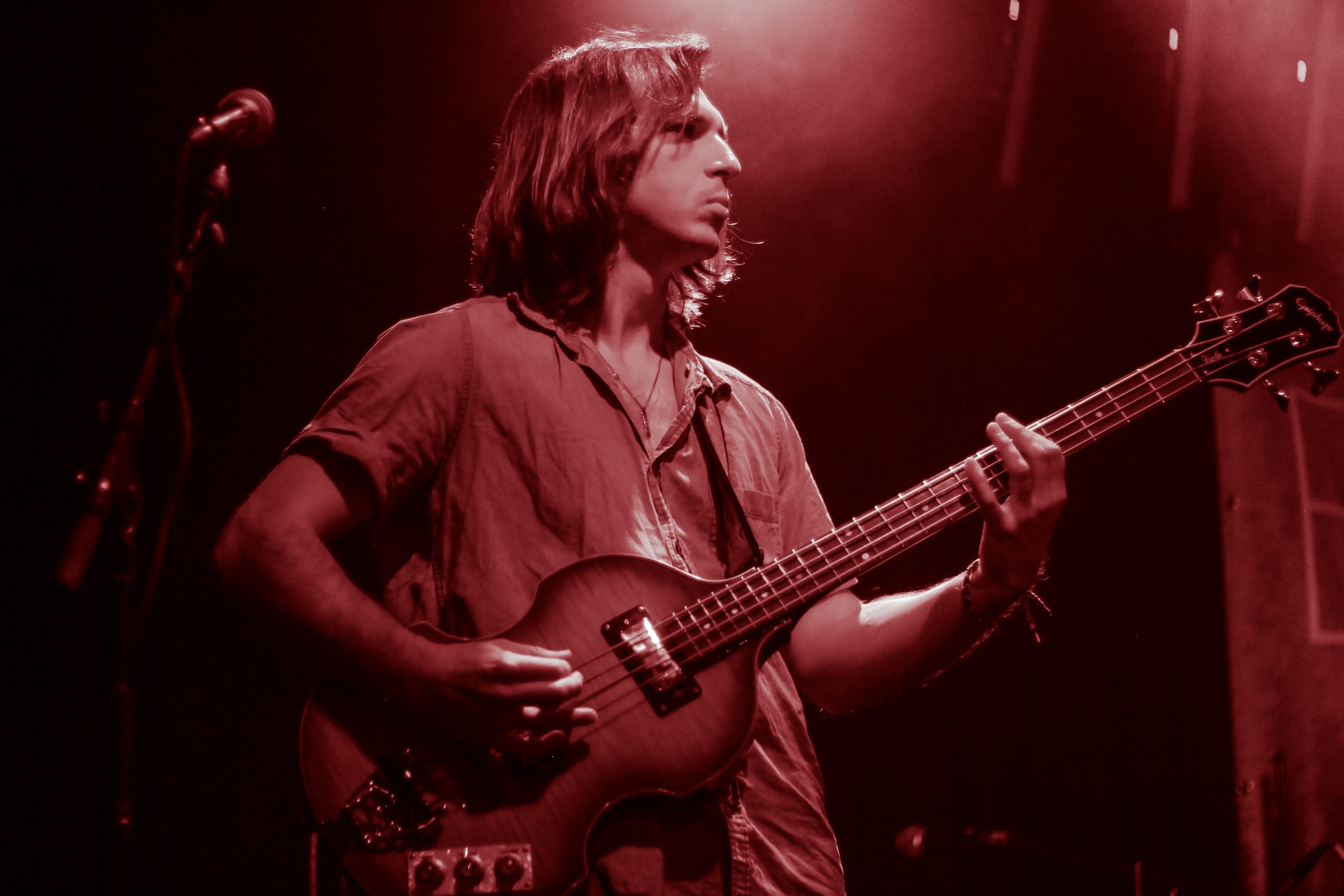